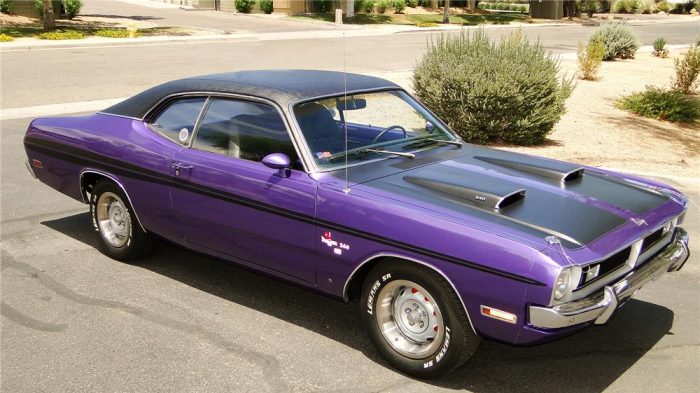 Chrysler might be a part of the “Big Three”, but they were always the smallest automaker in that triangle. Even today, when they’re merged with Fiat and called Fiat-Chrysler Automobiles, Ford and GM are still larger. This is one of the reasons Chrysler had to resort to creativity when competing against their arch rivals. Chrysler’s flair resulted in creation of some of the most interesting cars that the US market had seen during the last few decades. Some of them were hugely successful like the Plymouth Barracuda, Dodge Charger or the Jeep CJ. Some of them, on the other hand, haven’t had such luck. Whether they were rightfully ridiculed or simply unlucky, some of them were simply forgotten. Here are the ten forgotten Chrysler-Mopars that have probably deserved better. 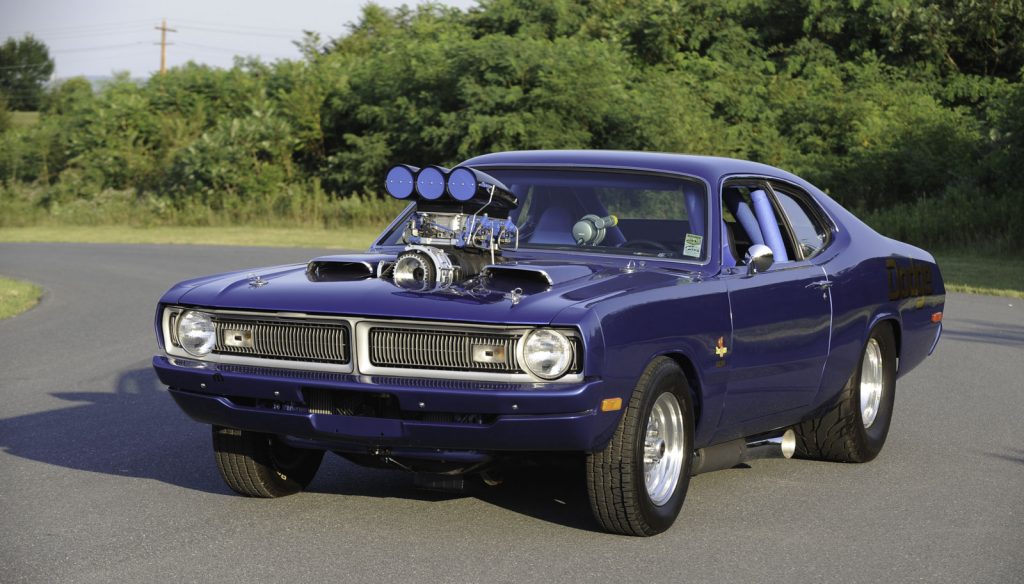 It was a long time ago, but current the Chrysler 300 has had its distant predecessor. Of course, there were the 300M from 1999 and non-letter 300 series from the sixties, but I’m talking about the Chrysler 300 letter series here. And the rarest of that lot was the Chrysler 300J produced in 1963, and in only 400 copies. They were all hardtop coupes as convertible from the year before (300H) was scrapped. Furthermore, all were powered by 413ci 6.8L RB V8s with ram-induction. It was a powerful setup even by Mopar’s standards, making 390 horses through dual 4-barrel carb config. The car ran from 0 to 60 in 8 seconds, and it had the top speed of 142 mph. Respectable figures even for modern full-size luxury cars. And, it was back in 1963 if I may remind you. In fact, 300J remained the most powerful Chrysler 300 until the SRT8 started pushing 425 ponies 4 decades later. 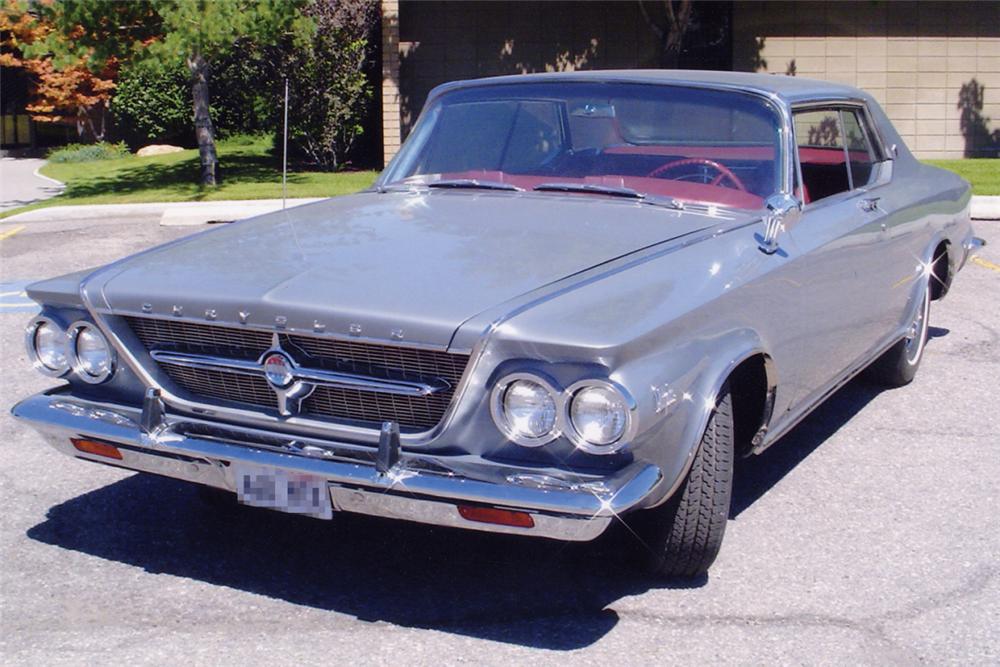 Plymouth GTX was very closely related to the Plymouth Belvedere, but it was much more than that. What was marketed as gentleman’s muscle car, had only the strongest Mopar engines from back in the day under its hood. 440ci 7.2L Super Commando V8 with 375 horsepower was standard, but buyers could have opted for $546 upgrade and get the famous 426ci 7.0L Hemi V8 packing 425 ponies. Not only did it generate more power, but it was able to propel the GTX to 60 in just 4.8 seconds compared to Super Commando’s 6.5 seconds. All good things end eventually, and so did the GTX after the 1971 model year and imposed emission restrictions. The GTX badge moved to Road Runner nameplate after Belvedere got the axe, but the car was never as powerful or successful as it was in the golden age of muscle cars prior to ’71. 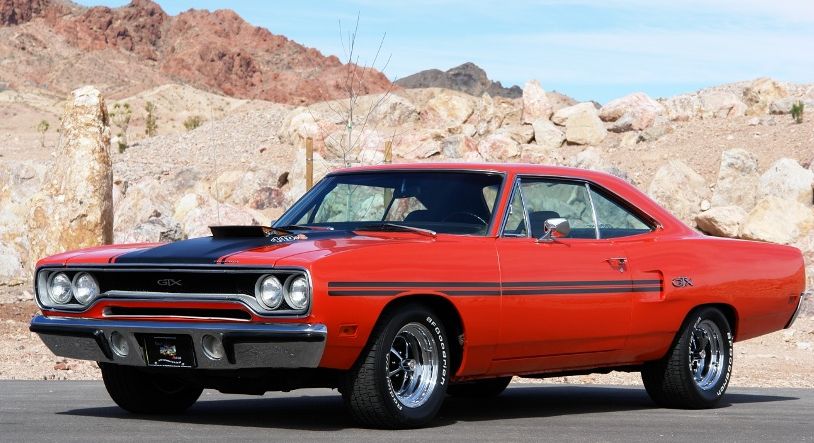 Cricket was nothing other than the rebadged Hillman Avenger produced by Chrysler Europe in the UK. And what name associated to Britain better than the sport we never could have, still don’t, and likely never will grasp? Apart from the fact the car was actually named by the insect. It was a compact “captive import” brought to the states with the sole purpose of fighting the invading Japanese compacts. Unlike the British version, American model came with larger 1.5L in-line four engine producing 55 hp in single and 70 hp in dual-barrel carburetor setups. Furthermore, US versions featured standard front 9.5-inch disc brakes, side markers, front seats with integral headrests, and automatic choke from 1972. Cricket didn’t survive that long even though it arrived at the best possible time for one fuel-efficient compact. It was rather simple (even to the extent of being called primitive), but it’s biggest issue was the rust. Cricket didn’t guzzle fuel; it guzzled bondo. I’d actually say it deserved such a fate hadn’t it really been cute. 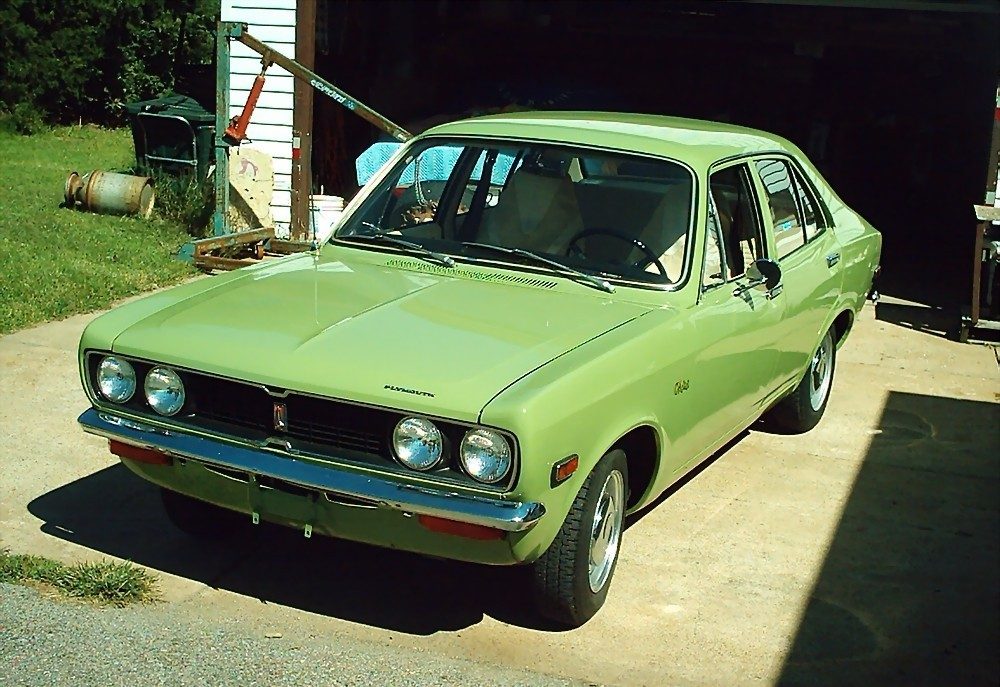 Plymouth Valiant-based Duster was one extremely popular car back in the day. So popular in fact, that Dodge decided to incorporate it into their own lineup under the name of Beaver. It doesn’t take a genius to figure out why they didn’t name it that in the end. Instead, they named it Demon and slotted it into the Dart lineup. Little did they know then, but they struck out with that name also. Christian religious groups didn’t take too kindly on Satan’s hellspawn adorning such a great car. I guess pitchfork-wielding red devil cartoonish caricature as an emblem didn’t help as well. They probably wouldn’t have minded had Demon stood on one of crappier cars’ hoods. In any case, Duster with Dart’s front fascia was pulled from the market for 1973 model year. While it was there, it was offered with 198ci and 225ci sixes, and 318ci and 340 ci V8s, with up to 275 horsepower. 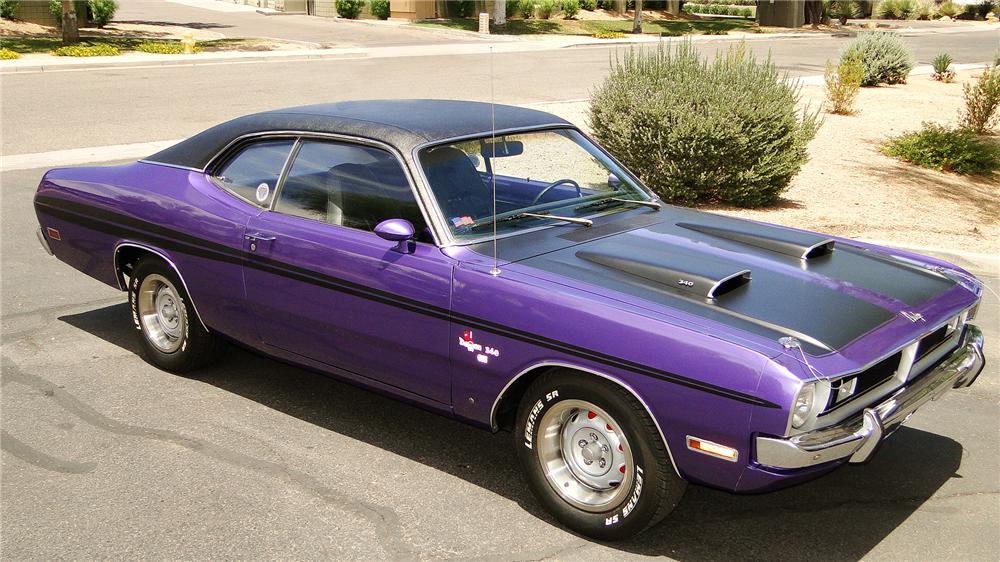 Magnum had large boots to fill after replacing the fourth generation B-body Charger. Needless to say, it didn’t succeed and was subsequently replaced by Mirada which ended up being even more unpopular. Since the Charger in question was also a heavy mid-size luxury coupe, Dodge decided to call it quits on that layout after three consecutive strikes. But here’s why the forgotten Magnum deserved a better fate. It could have been had with the powerful 400ci 6.6L V8 pushing as much as 190 underrated horsepower. The GT model in question, however, disappeared for 1979, but it wasn’t all that bad. 4-barrel 360ci 5.9L V8 was a worthy replacement at the top, generating 195 ponies. Finally, 318ci 5.2L V8s produced either 140 hp or 155 hp depending on number of carb barrels. 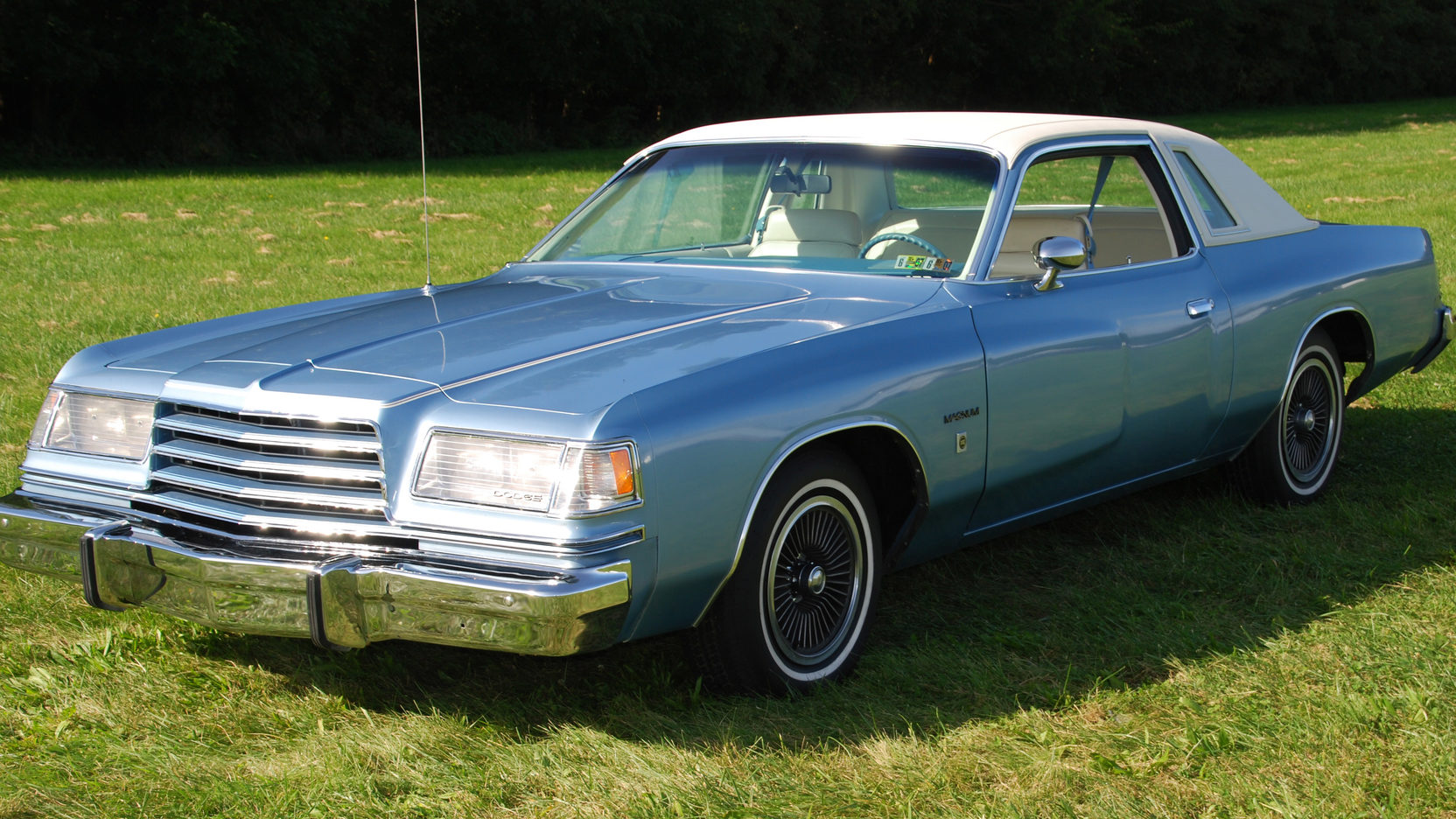 We all know what Shelby GLH Omni was capable of, but there was another interesting Omni that’s somehow forgotten these days. Dodge Omni 024 was modified lineup of the small hatchback, and De Tomaso package made it even more unique. There were only 1,333 of these built in 1980 and another 619 units produced the following year. They were exclusively offered with the Chrysler 2.2L in-line four K engine producing 84 horsepower. Although not as good of a performer as the Shelby model, 024 De Tomaso came with a few perks of its own – mostly in cosmetic department. You’ll recognize it by its Graphic Red or Bight Yellow paint job, and De Tomaso’s decal signings on the rear-quarter panel and the rear overhang. There were also blacked-out headlights, grille, and rear followed by brushed aluminum targa bar, abundance of louvers and special 13-inch wheels. 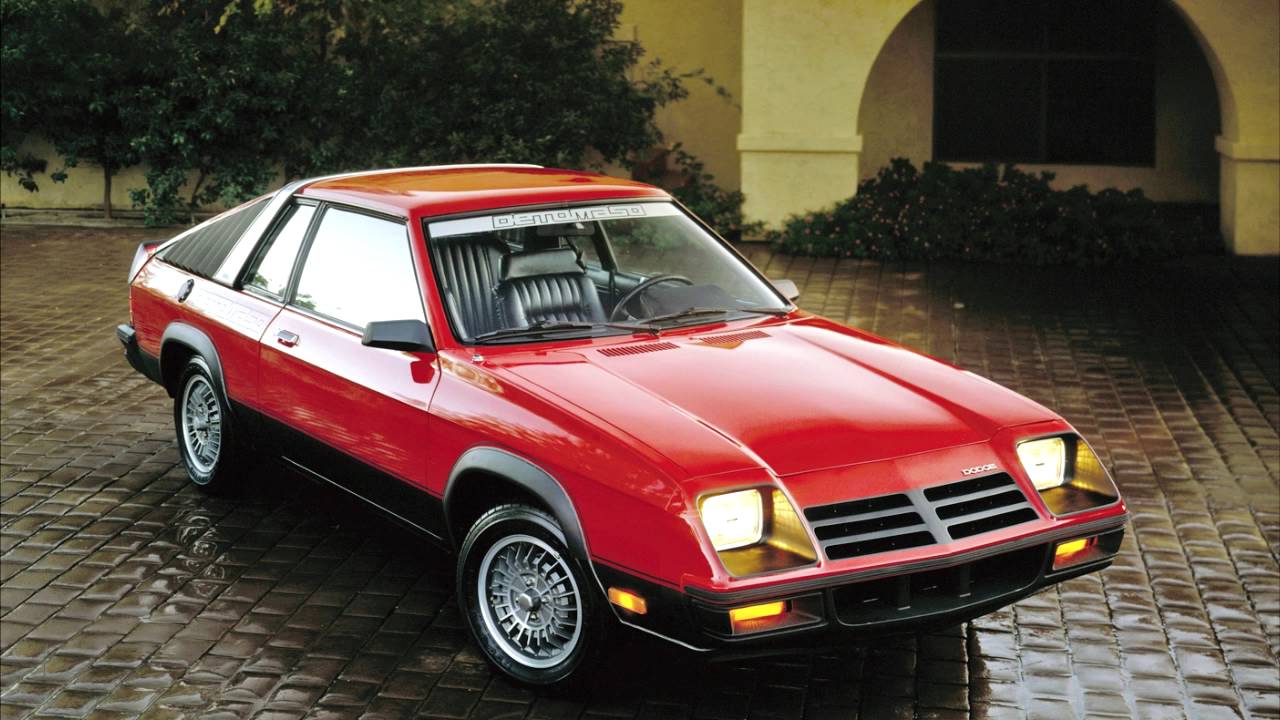 Imperial was one of the longest-running Chrysler nameplates back in the day. So long-running in fact, that people down at Chrysler decided to convert it into a separate luxury lineup which would fight Lincolns and Cadillacs, in 1955. The car ran like that for six generations before finally being phased out in 1983. Only 12,385 of these sixth gen Imperials were built, and more than half of them were completed in 1980, during fifth generation’s reign. All of them were powered by 318ci 5.2L V8 making only 140 horsepower. They were tied to 3-speed TorqueFlite A904 automatic transmission and had the new fuel injection system. Ironically, the dodgy fuel injection system was its downfall as most people retrofitted Imperials with good old carburetors. Most interesting of the lot was the Frank Sinatra Edition available during the first two production years. They came in Glacier Blue Crystal paint (matching Sinatra’s eyes apparently), and had all of Sinatra’s cassettes included. A bargain for “only” $1,078 at the time. Only 271 of these have been made. 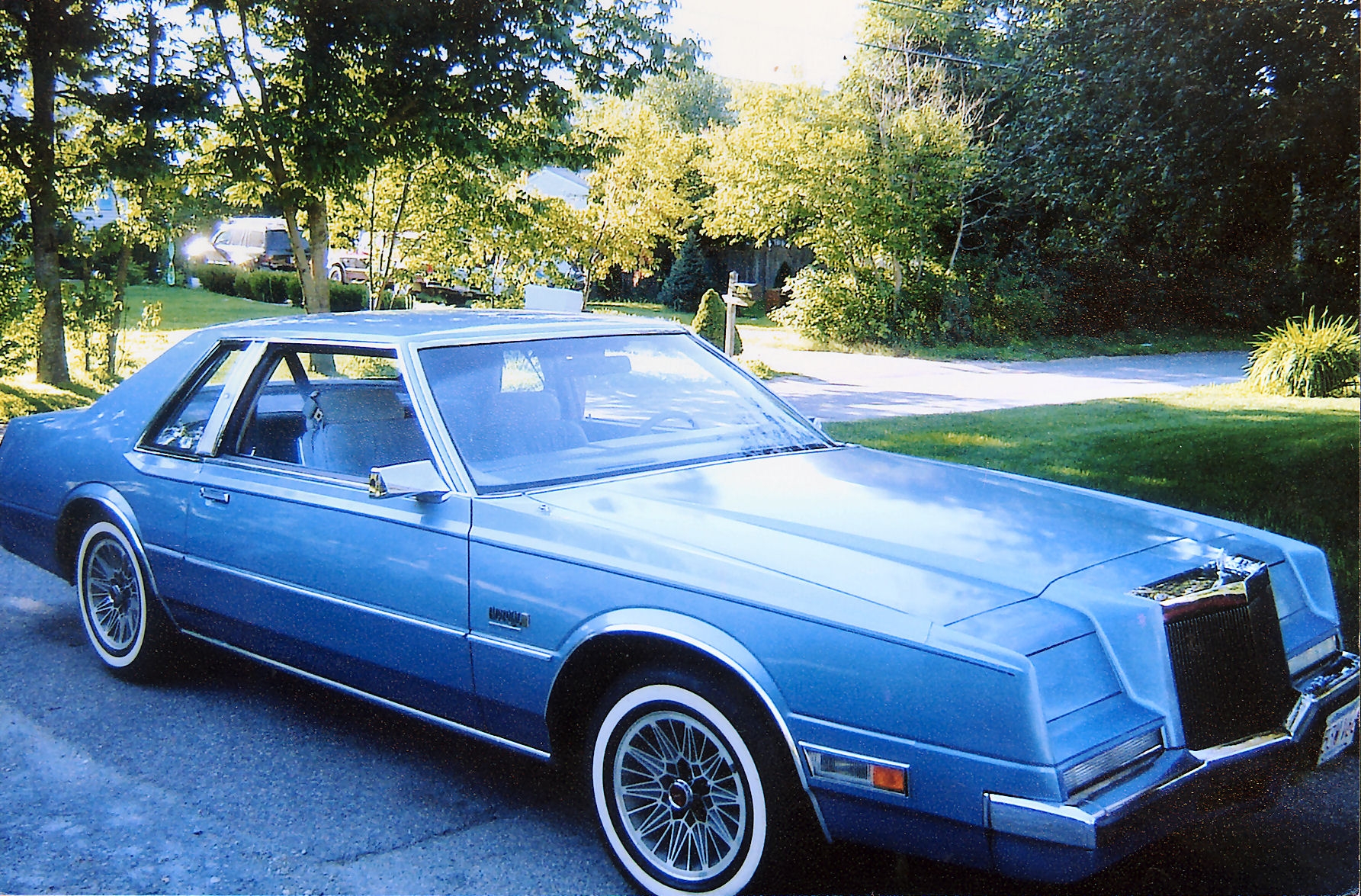 Dodge Rampage and its Plymouth Scamp twin were unibody compact coupe pickups produced in early eighties. They borrowed both the platform and the front fascia from Dodge Omni 024 and L-body Charger. Although modern-looking for the time, both versions of the car ended up being failures. Chevy El Camino was basically untouchable in the segment, but even El Camino faced troubles of its own. It doesn’t come as a surprise then, that Rampage and Scamp didn’t really stand that much of a chance of drawing the necessary attention. 2.2L in-line four with 96 horsepower and front-wheel drive setup didn’t really help as well. They sold around 41,000 units among themselves which weren’t exactly promising numbers for two models, three model years and a compact platform. 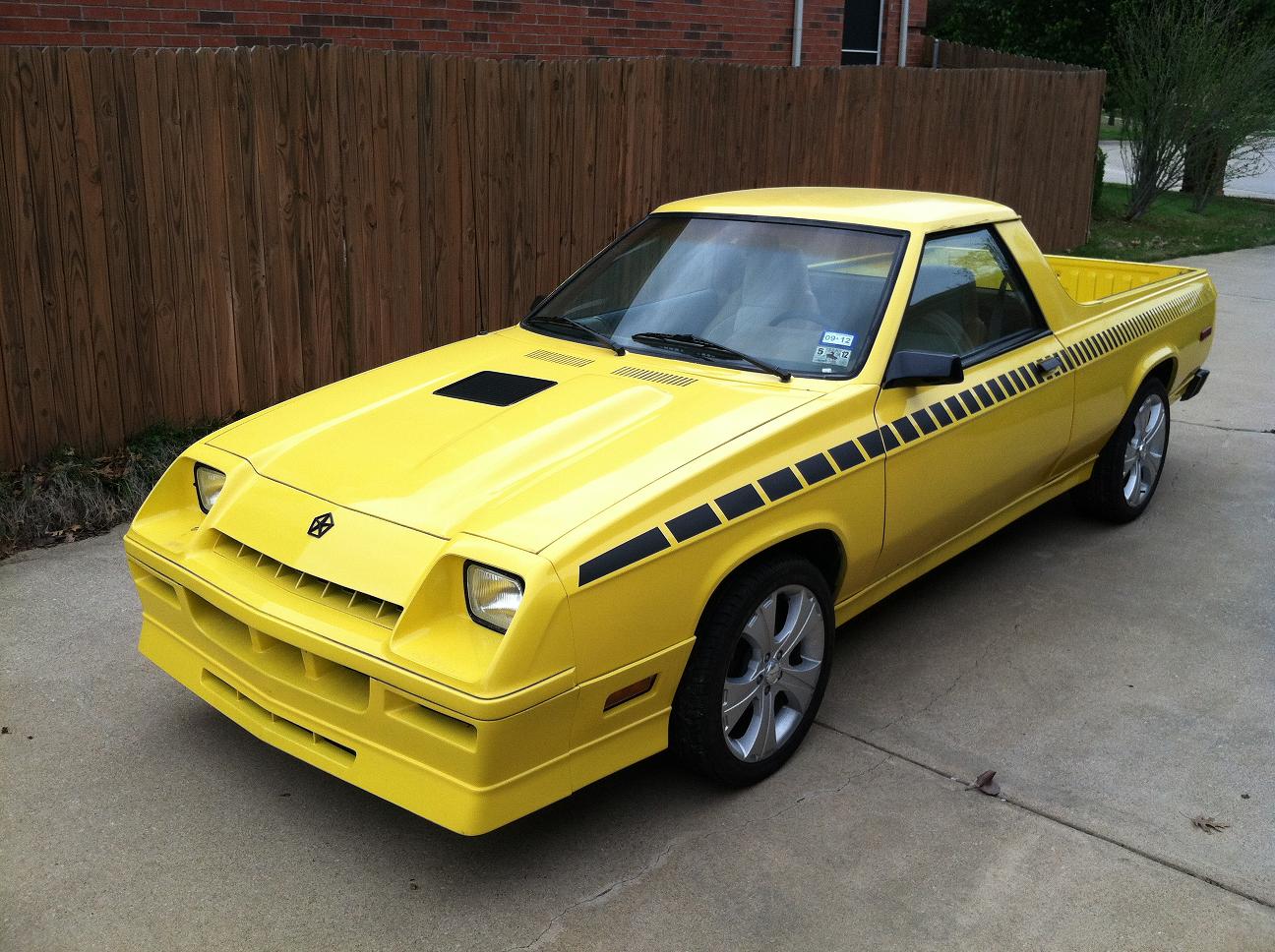 Premier was already an established nameplate when Chrysler bought the rights for it from Renault in 1987. By gaining outstanding shares in AMC, Chrysler started selling it as Eagle Premier, and later moved it to the Dodge badge as well. It needs no mentioning, but the Premier was entirely different than anything Chrysler offered at the time. Mainly because they weren’t the ones that made it. In any case, Premier/Monaco was a classy, roomy and sporty sedan, and one of the best American cars at the time. It’s no surprise that Chrysler struck out yet again by letting it wither in favor of their in-house LH nameplates. It even had the potent optional 3.0L V6 Peugeot-Renault-Volvo engine and 2.5L AMC in-line four as a standard. Eagle Premier will easily become a future classic if it isn’t one already, and forgotten sedan certainly deserved better than a phase out. 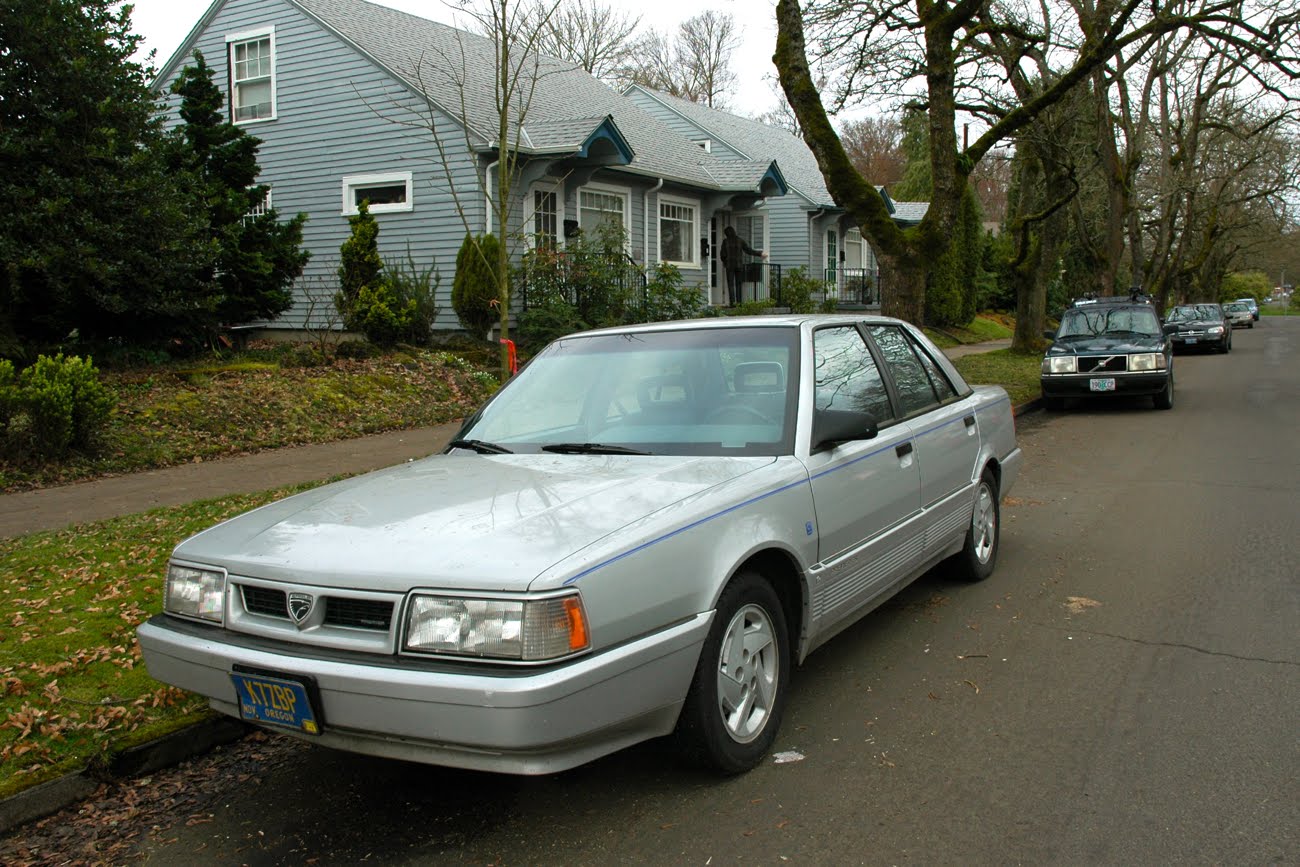 Chrysler TC by Maserati is yet another spawn of the Lee Iacocca/Alejandro De Tomaso friendship. They were at the helm of Chrysler and Maserati respectively, and the brands joined forces in creating one of the most interesting grand tourers of the time. All 7,300 of them were produced and assembled in Italy, and sold in the US. Base engine was the 160-horsepower 2.2L turbo II I4 which was replaced by Mitsubishi’s 3.0L V6 with 141 horsepower in 1990. Some 500 TC’s were offered with optional 200-horsepower 2.2L Maserati in-line four produced jointly by Cosworth and Maserati. Although fresh and peculiar, Chrysler TC by Maserati wasn’t without its problems, and main one was the high sticker. That and in-house competition from similar, yet cheaper Chrysler LeBaron GTC ultimately spelled TC’s downfall. TC probably deserved better than that, but at least it’s still enjoyed by many Mopar enthusiasts that haven’t forgotten it.


The 7 Fastest And Weirdest Cars and Their Ads of the 1970s!
The 2021 Mazda3 2.5 Turbo Hatchback: Not Quite A Hot Hatch
Ma & Pa 101 Buick Railmobile: The Roadmaster’s Roadmaster
The Most Exciting 1966 Cars And Tech That Revolutionized Dri...
R34 GTR Z-tune #01 Owner Looking to Sell for $1 Million?
2013 Dodge Challenger SRT8 Supercharged