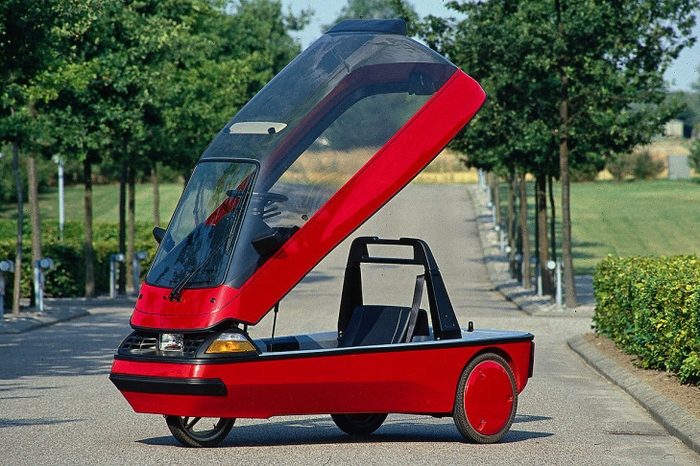 We could argue about the right definition of a micro car, but let’s just say that a micro car is small enough that it can take only a few passengers at one time. Speaking of its engine, a micro should have no more than 1,000 cc one-cylinder engine or an electric motor, which powers the one-wheel drive, and of course the fuel economy should be impressive.  As its name suggests, a micro car needs to be very small, typically less than 9-feet in length. The cars from our list meet all of the requirements from the above and you have every right to call them micro cars. 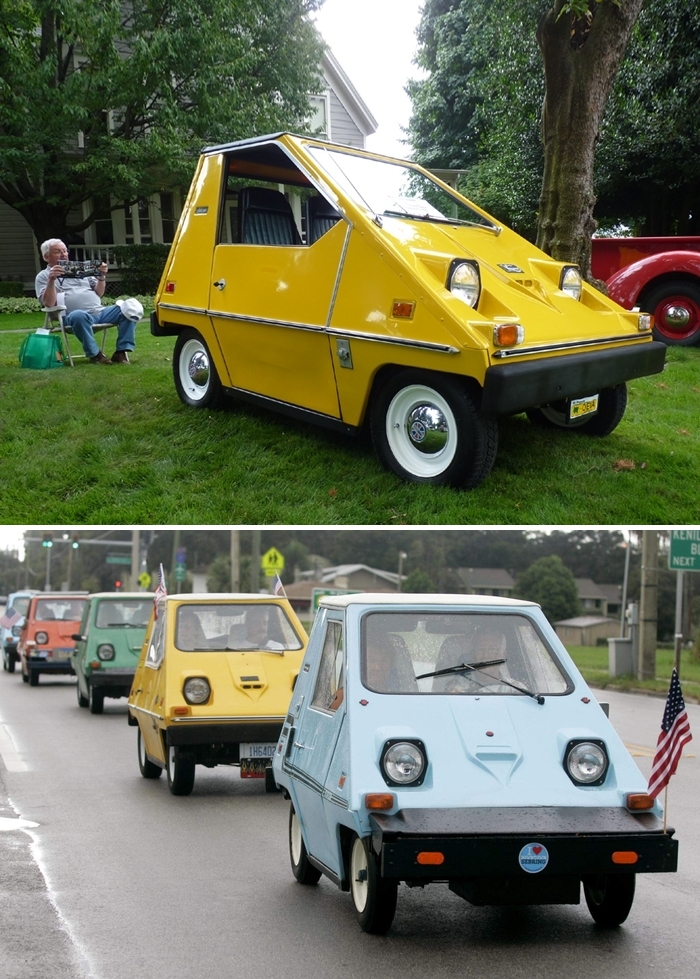 Despite looking as coming straight from a dystopian future, for over 30 years this car model was the best-selling car in the USA. CitiCar’s production peaked in the mid-1970s, when so many models of this car were made that Sebring-Vanguard can be considered one of the most successful car manufacturers in the world. In fact, if we’re going to split hairs, this company made enough cars to be the 6th largest car manufacturer in the United States. 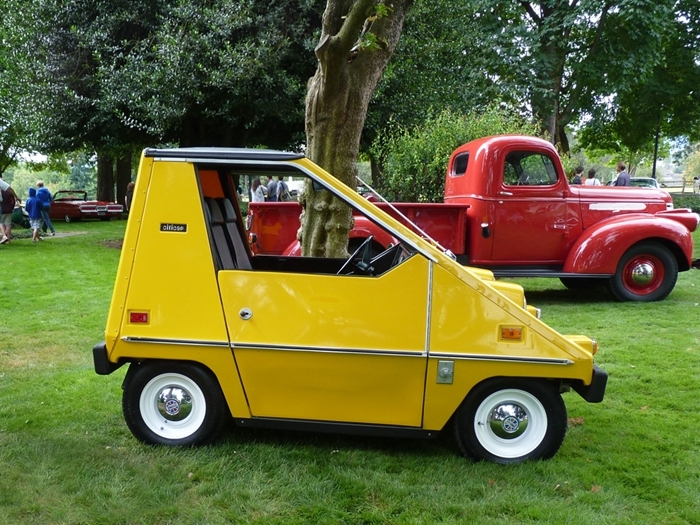 When the production of the first CityCar model failed, Sebring Vanguard didn’t want to let it go. Instead, they came up with another tiny electric car. This next generation had several names, most notably Comuta-Car. This particular model was meant for two people, while there was also a larger version, called CitiVan. In both cases, the maximum car weight was 1,300lbs, with the top speed being 40 MPH. Their battery was enough to provide energy for the car to travel across the road of maximum of 40 miles.

What would you say if we told you that half a century ago Greece was one of the leaders in the production of micro cars? Back in 1960s, a Greek company Attica produced several very small cars, which gained a lot of popularity, not only in the country, but across the continent. This particular model used a 200cc engine, which could develop the maximum speed of 59 MPH, according to the factory. A peculiar fact about Attica 200 is that this two-seater used to be taxed as a motorcycle by the Greek government, who found it too small to be taxed as a real car. 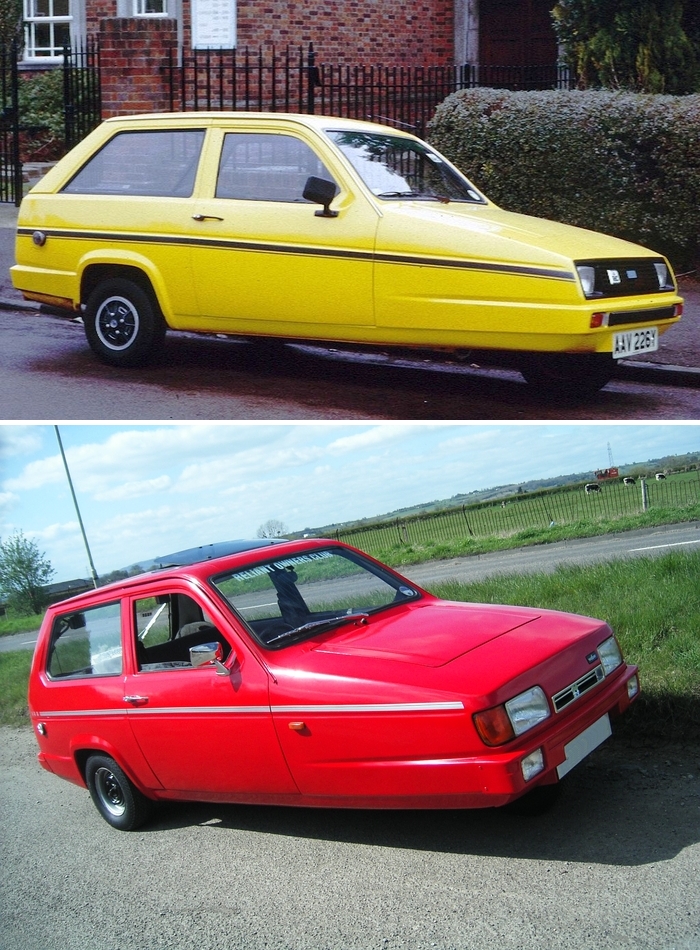 Reliant Motor Company has a special place in British culture, especially among those who lived during the 1970s. The first model of Reliant Robin hit the English roads back in 1973 and was met with huge interest. The reason why it became so popular wasn’t its three-wheel design, but the fact that it was way cheaper than other cars. It wasn’t expensive to buy it and was very cheap to run it, as it easily managed to do 70 miles per gallon. You might remember Reliant robin’s cousin, model called Regan from the cult TV show Only Fools and Horses. 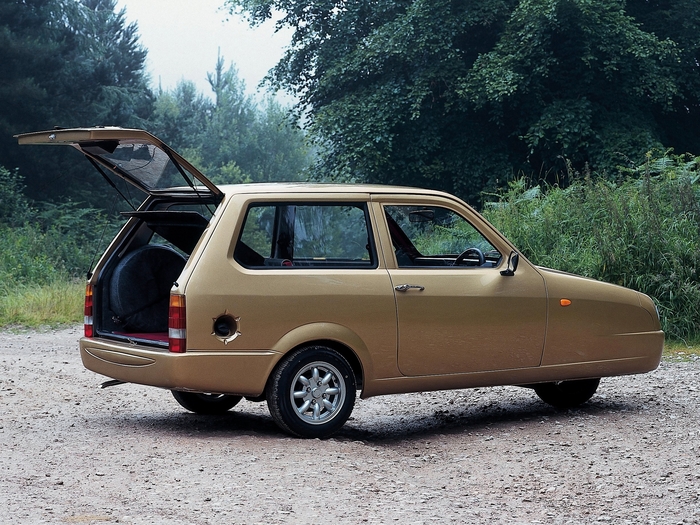 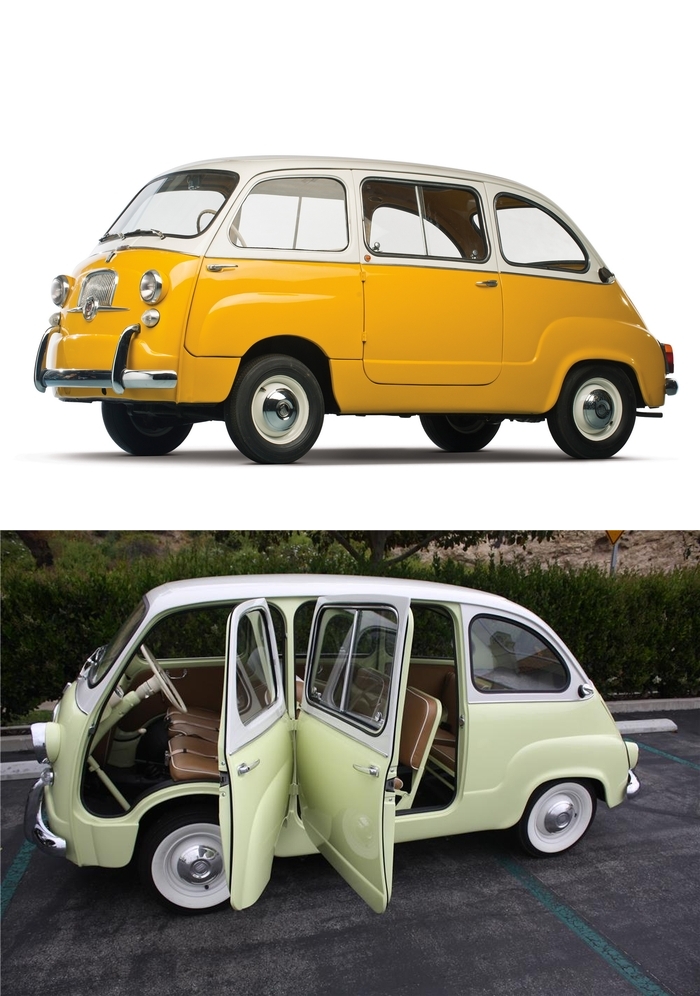 The rear-engine small car became one of the most iconic car models in Italy in the 1950s. The affordable price and great mileage were what made this car very popular in many European countries. In fact, the car became so popular in Yugoslavia, which bought the license from the Italians and made their own version, Zastava 750. The production of this car lasted for over 3 decades! A typical Fiat 600 was equipped with a 633cc, which was able to produce a top speed of 59MPH. 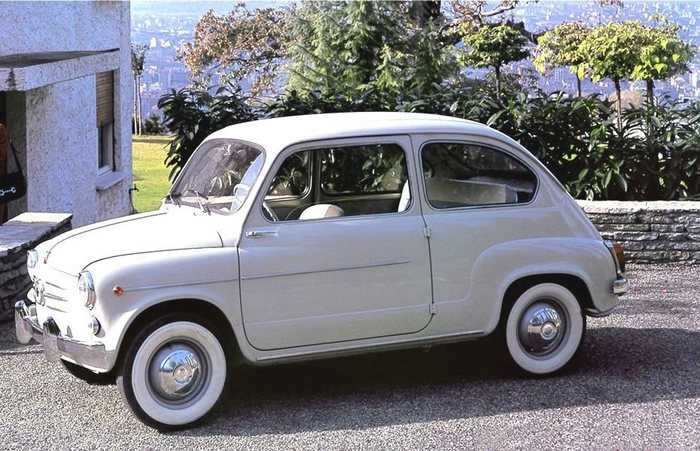 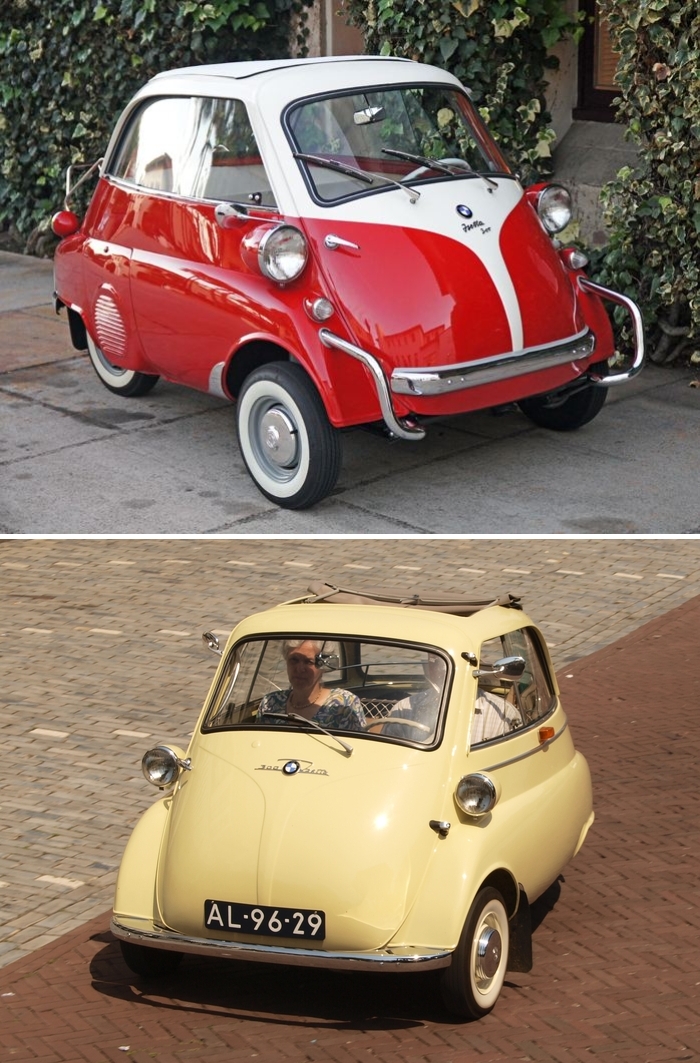 If you think the name of this micro car sounds too Italian, you’re right – BMW bought the license from an Italian car designer and started a mass production of the Isetta in the mid-1950s. BMW produced two versions of this micro automobile, with either a 250 or 300cc single-cylinder engine. At the time when the production was still going on, Isetta was the best-selling car with one cylinder, with over 150,000 units produced over the course of 7 years. 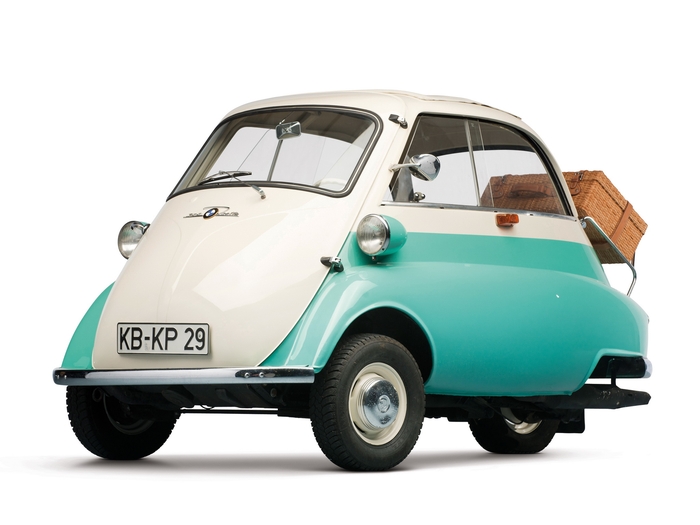 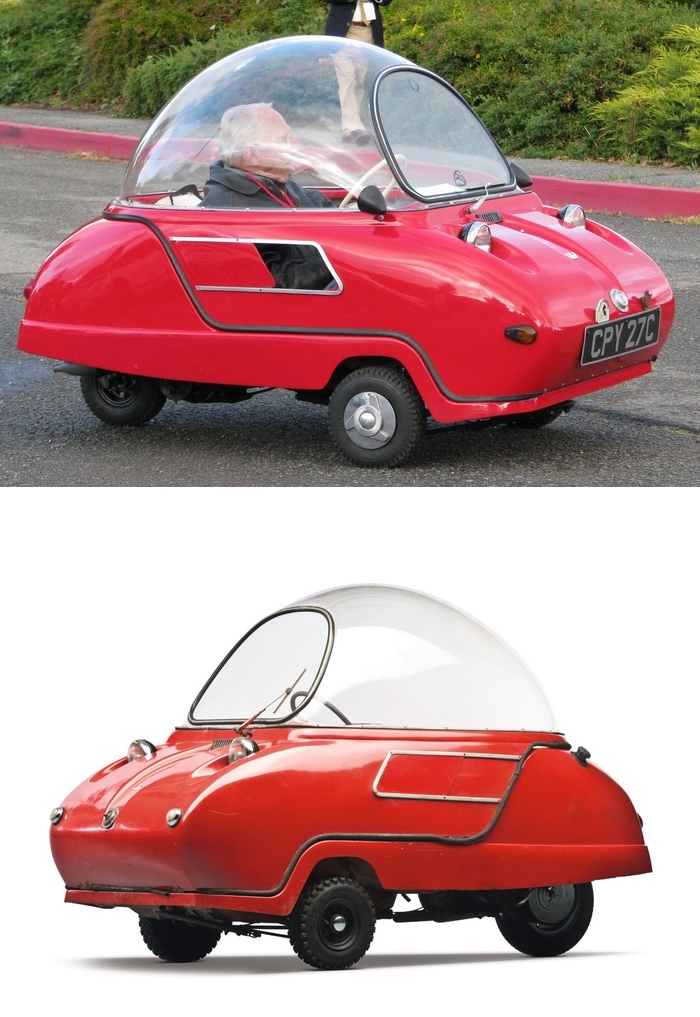 This incredible car was designed and produced in 1960s, when everything had to look sort of “out of this world”. This flying saucer-like micro car was not popular because of design, but because of its cheap price. In fact, the manufacturer advertised it as being “cheaper than walking”. Trident was powered by a 49cc engine made by a German manufacturer, Zweirad Union. 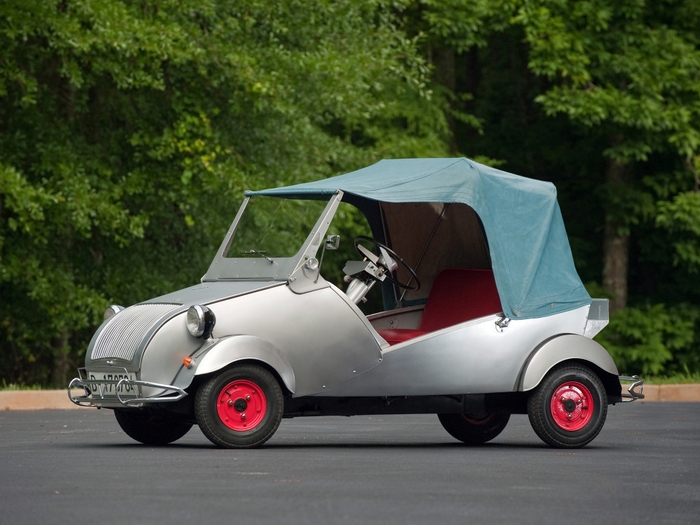 Post-WWII Spain was not the perfect place to be in. Still feeling the consequences of the Civil War and under an international embargo, the Spanish government had to think of a way to produce low budget cars. They decided on making micro cars with extremely minimalistic design. In fact, it was so extreme that these micro machines didn’t even have doors and windows. On top of that, if you owned a Biscuter, you literary couldn’t go back – there was no reverse gear. 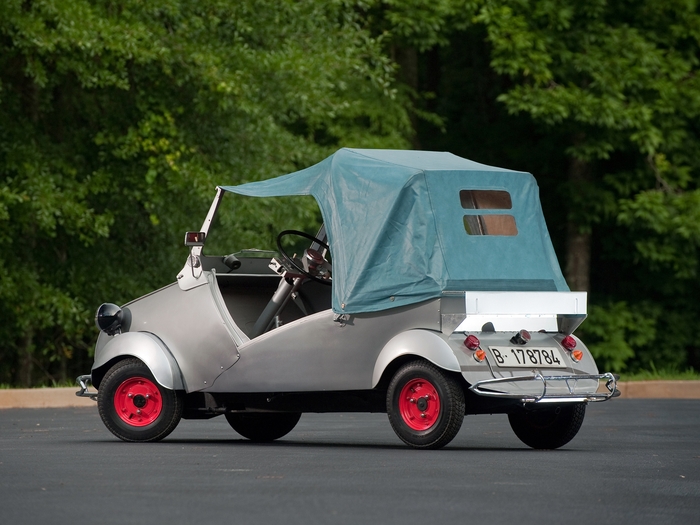 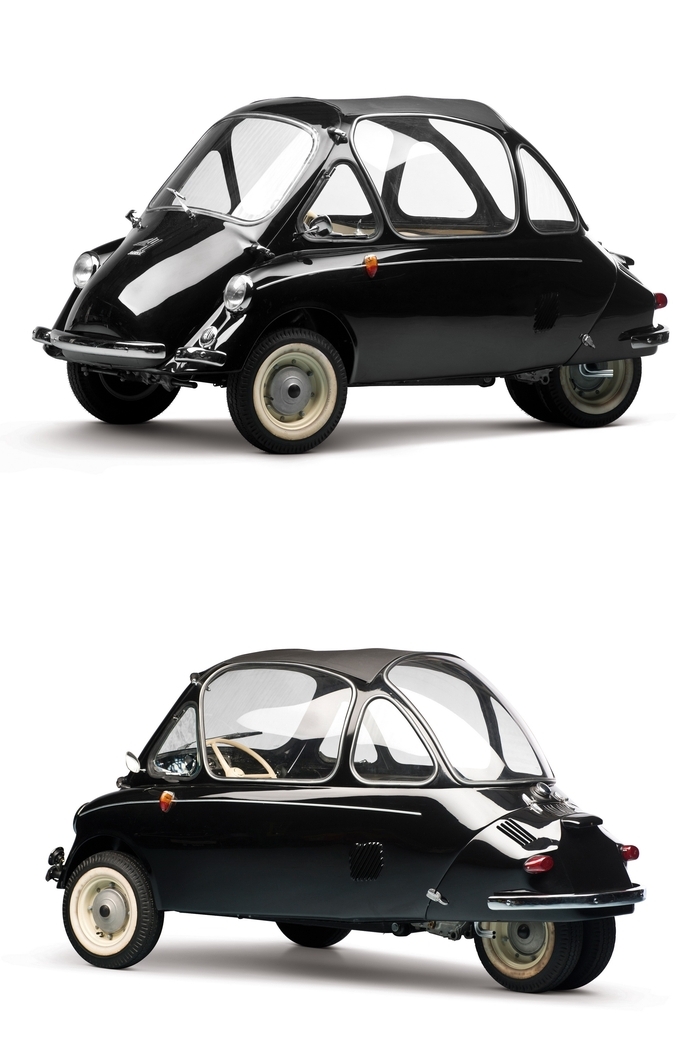 Ernst Heinkel was a German industrial designer, whose job during the WWII was to design fighter planes for Nazi air force, the Luftwaffe. After the war, he came back to doing what he loved the most – designing cars. Heinkel was impressed with the success of Isetta, so he decided to build a little vehicle on his own. He came up with a lightweight car design with a 174cc four-stroke engine, previously used on scooters. 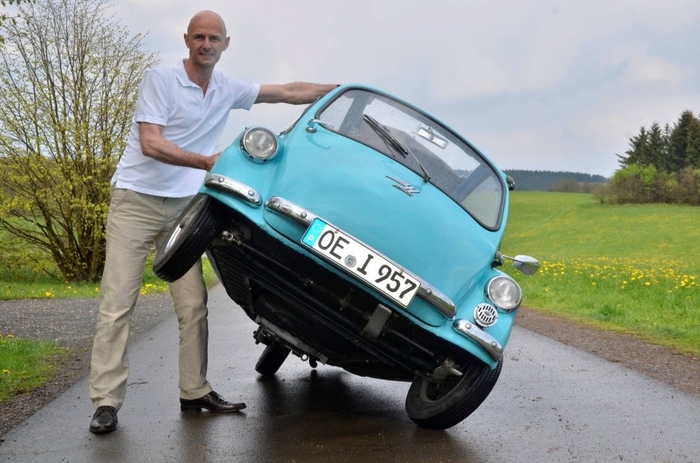 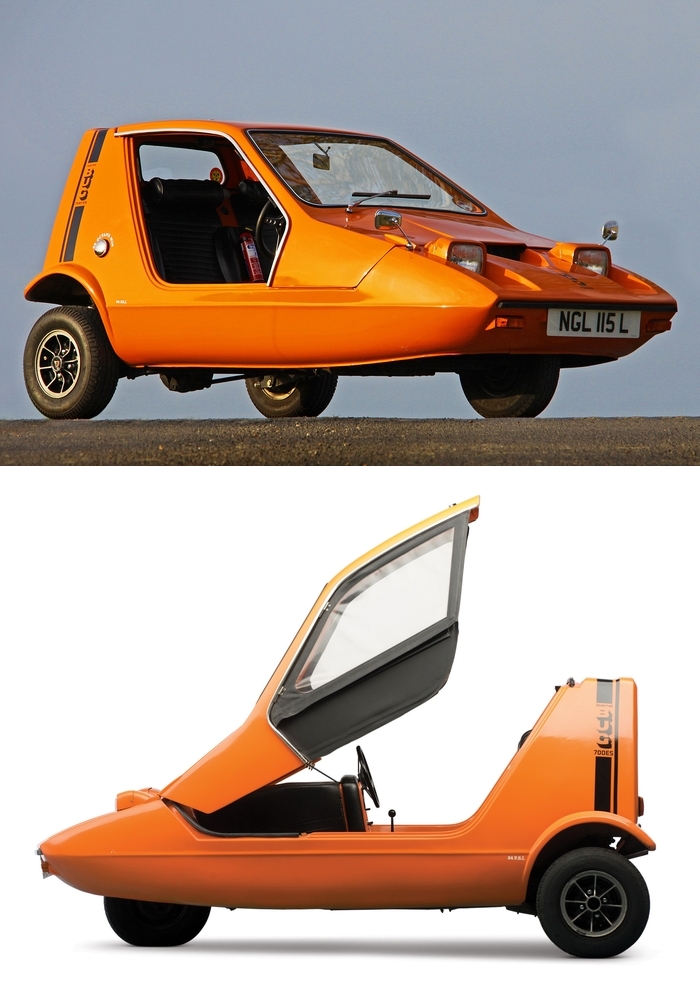 If the orchestra started playing the Bond theme in your head, you need to call it off as this pocket sized wagon had nothing to do with the secret agent 007. The Bond Bug was manufactured in the 1970s, when there was a huge demand for cheap cars that have a great mileage. This model featured a 700cc four-cylinder engine, placed at its front. The engine was manufactured by the Reliant Motor Company, which made it capable of reaching the top speed of 76 MPH. 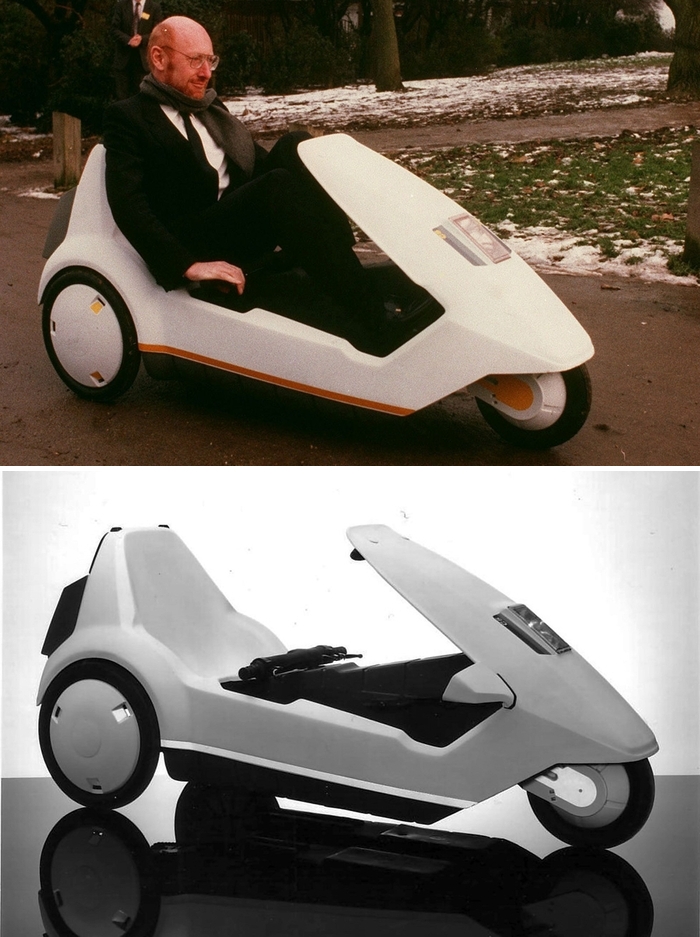 Sir Clive Sinclair quit his job in a successful company in the early 1980s to follow his dream of producing electric vehicles. He placed all his hopes in a one-seater: the Sinclair C5. The production of the car quickly went belly up, but Sinclair learned many valuable lessons from that failure. Instead of quitting on his vision, he kept going and today he’s one of the richest men in Britain. But, what happened with Sinclair C5? Not many units of this model were made and even those who did, failed to sell at the right price, so they had to be liquidated for prices even lower than $1,000 of today’s money. 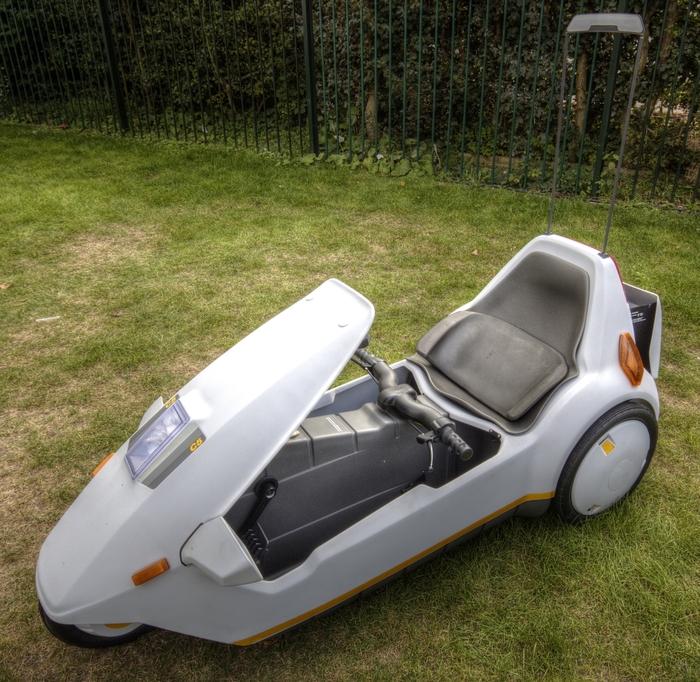 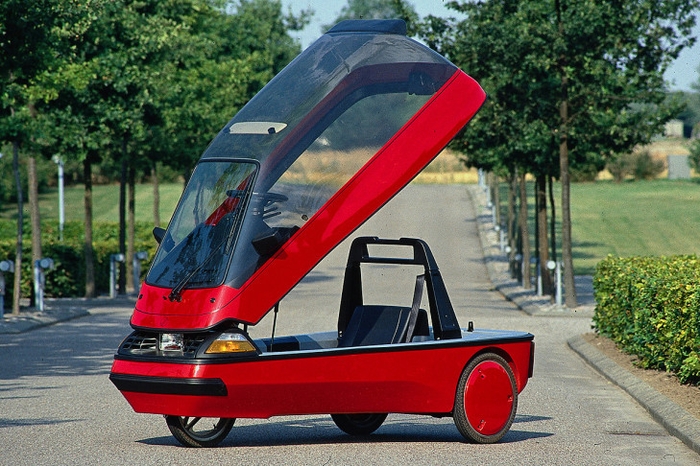 The City El is a Danish electric car, which got the top spot on our list because of its amazing mileage. Compared to other micros, City El had twice the range. The reason for this was simple – City El was extremely lightweight. A basic version of this micro car weighted only 600 lbs, but there was an even lighter one. If the so-called Thunder-sky batteries were used, the total weight of City El was just 475lbs. At this point, you are probably wondering about this car’s performance. Another reason why it’s so amazing is that its engine had the power to produce the top speed of 43 MPH. More than enough for a 1980s electric car, don’t you agree? 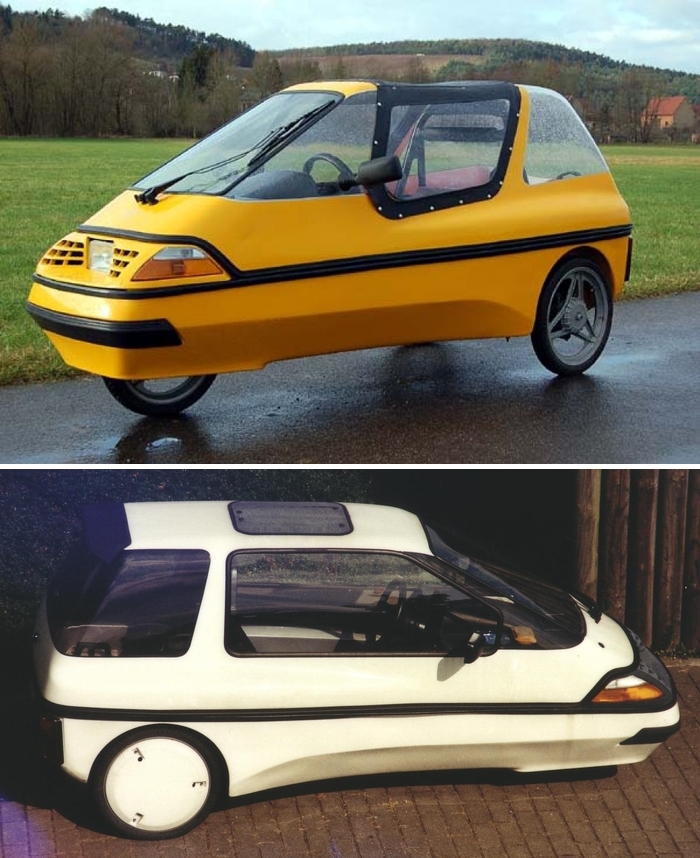 
5 small Suv's that you can turn into cool mud buggies
10 Best RC Rock Crawlers [Buying Guide]
10 Best Cars From the 1980s
The 6 Most Underrated 90s Cars And 10 Of The Weirdest!
70 Stunning Years Of Aston Martin Vantage
The 35 Coolest Car Names Ever And Their Meanings