Let’s be blunt. Nobody jumps their Ford Raptors. The Ford F-150 Tremor recognizes this fact.

Ok, ok, some crazy (rich) folks do take Raptors out to the desert and launch $70,000 into the blue sky on a hope and a prayer. But when it gets down to brass tacks, we’ve seen how most Ford Raptors spend 99 percent of their trips — hauling gear up and down interstates, or driving around at a reasonable pace on forest roads and jeep trails. Or, cough cough, rolling into the Walmart parking lot.

So when I saw the release for the 2021 Ford F-150 Tremor, I raised my eyebrows. Here was a truck with features that I, and many like-minded outdoors-folk, would actually use.

In short: The Ford F-150 Tremor, announced today, fills the gap between the Ford F-150 FX4 and Raptor. It’s a rugged off-road truck aimed at getting through tricky terrain, but with a nod toward doing it at a normal pace. It loads in capabilities like a locking rear differential, optional limited-slip front differential, and a better suspension on 33-inch tires.

F-150 Tremor: A Serious Off-Road Pickup For The Rest Of Us

Ford today dumped a big press release about the Tremor and it looks promising. We haven’t driven it yet, so here’s a quick summary of the highlights.

But first, a low-light. The Tremor ONLY comes with a 5.5-foot bed. Why Ford? Don’t you know some of us like to slap on a topper and sleep in there? If you’re in that crowd, like me, you’re stuck with the FX4 for now. Obviously, Ford knows what sells, and I’m in the minority of people who don’t need a large back seat. But to me, it’s a bit of a bummer. 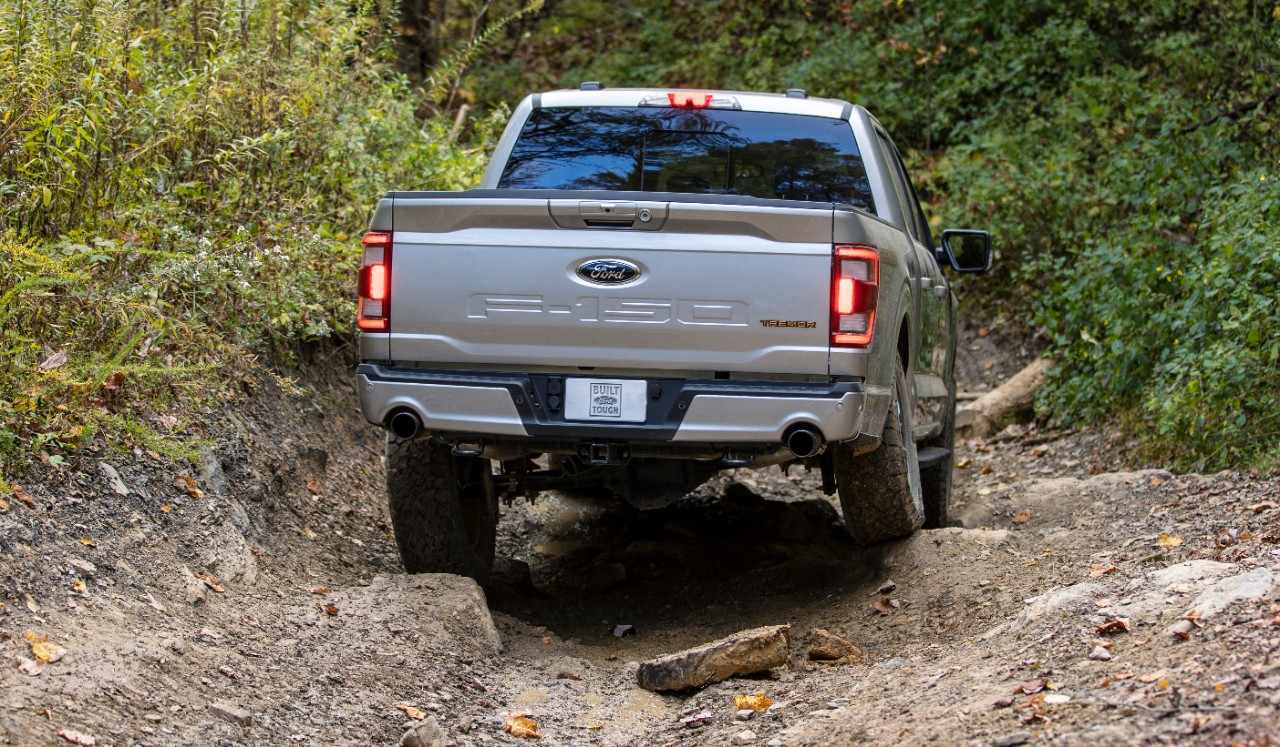 On the other hand, if you are cool with a short bed, here’s what you can get. Start with a 3.5-liter EcoBoost V6 engine and 10-speed automatic transmission plus standard 4-wheel drive.

Then come the upgrades: retuned springs front and rear add ground clearance and help keep tires grounded. Ford revised the front hub knuckles and upper control arms and tuned the Tremor-specific monotube shocks at the front and twin-tube shocks at the rear for softer damping at low speeds.

To put all that suspension goodness to work, the Tremor rolls on 33-inch General Grabber all-terrain tires mounted on unique matte-finish 18-inch wheels. The F-150 Tremor also has a 1-inch wider stance than the FX4. 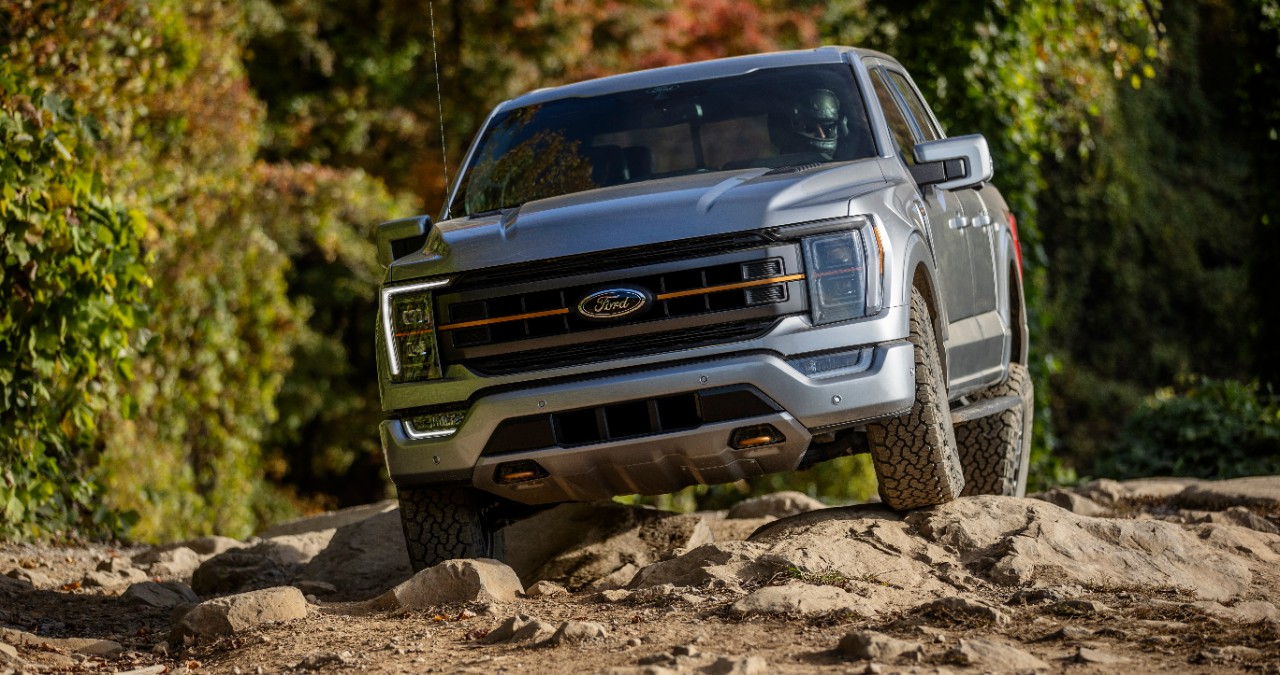 The Tremor comes standard with a locking rear differential and optional late-availability upgrade to a Torsen limited-slip front across all equipment levels. Tremor high series customers get a torque-on-demand transfer case similar to the high-performance unit in F-150 Raptor. This case merges all-wheel-drive and four-wheel-drive capabilities.

You can get the Tremor in standard, mid and high equipment groups. All equipment levels share core suspension hardware.

At that price range, you’ll get a burly truck with a tow rating of 10,900 pounds and a maximum payload rating of 1,885 pounds.

Like other F-150 models equipped with the 3.5-liter EcoBoost V6, you can get Pro Power Onboard with 2.0 kilowatts of exportable power in the bed for tools or an air compressor.

Other available goodies include a 360-degree camera package for an in-cabin view of obstacles around the truck and the front-view camera that provides a real-time tire track. Ford Trail Toolbox, a set of off-road assist features, and One-Pedal Drive, which makes rock crawling easier, are also available on the all-new Tremor. Available Trail Turn Assist reduces steering radius in tight off-road terrain situations by applying brakes to the inside rear wheel, allowing for tighter turns in low-speed maneuvers.

The F-150 Tremor also has selectable drive modes, which allow customers to choose between Normal, Sport, Tow/Haul, Eco, Slippery and Deep Snow/Sand, and Mud/Rut modes. The Tremor has Rock Crawl mode, which automatically engages the rear locking differential, turns off stability and traction control, reduces throttle response, adjusts shift points, and displays the available 360-degree camera view on the center screen. This truck should work well on and off-road in nearly all situations.

To me, this sounds like a pretty solid choice for the general off-road enthusiast if you can get past the short bed. But aside from that one downfall, the Ford F-150 Tremor should be high on the list of pickup choices for Ford fans.