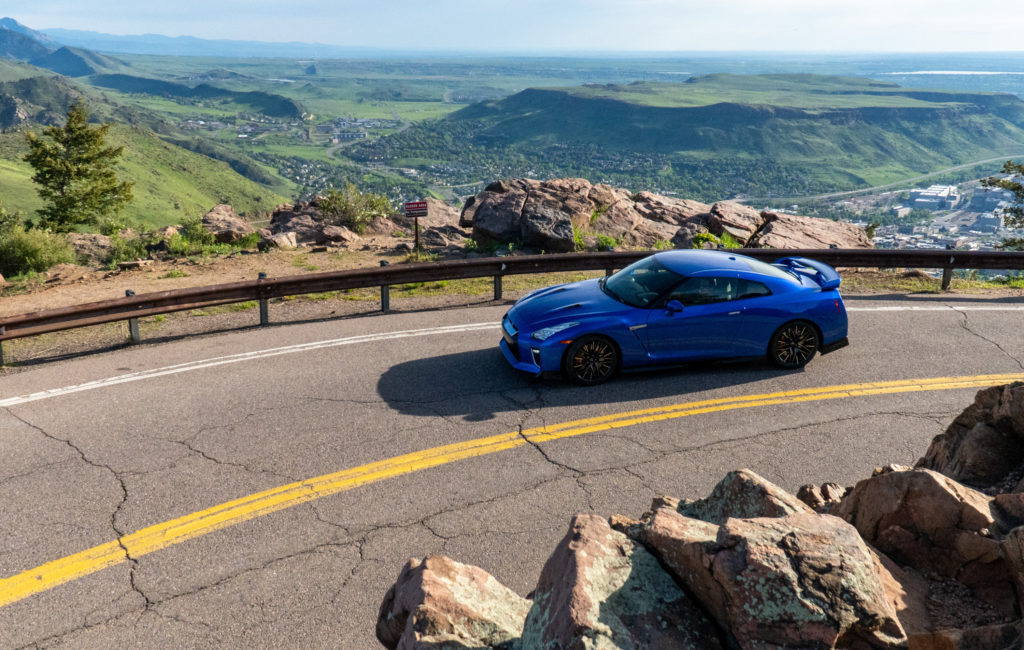 The dazzling blue 2021 Nissan GT-R sits out front. It does not belong to me and costs about a third of the price of my home. And Nissan just gave me the keys.

This is obviously a strange scenario for anyone other than well-known automotive writers. And this I am not, having cut my teeth covering outdoor gear and other outdoorsy pastimes. But after writing about a bunch of trucks and campers and my well-loved Ford Mustang, Nissan decided I was trustworthy enough to pilot one of the most viciously fast cars on the market, the Nissan GT-R.

It would be my first time driving anything with even close to “supercar” credentials. And while I was stoked, I was maybe more scared than anything. This car was worth way more than my yearly salary, and I did not want to make an “oops.”

Let me get this out of the way early: Many automotive snobs look at the GT-R as a barely-super supercar. And after more than a decade on the market, yes, it’s a little dated. However, it’s still an insanely fast, yet well-mannered car. And with a sticker price of around $120,000, the GT-R is still well out of the realm of a realistic purchase for most people. Compared to my 2006 Ford Mustang GT, the Nissan GT-R is superlative. And it is blindingly fast. Let’s lean into the fun stuff.

People Will Notice You 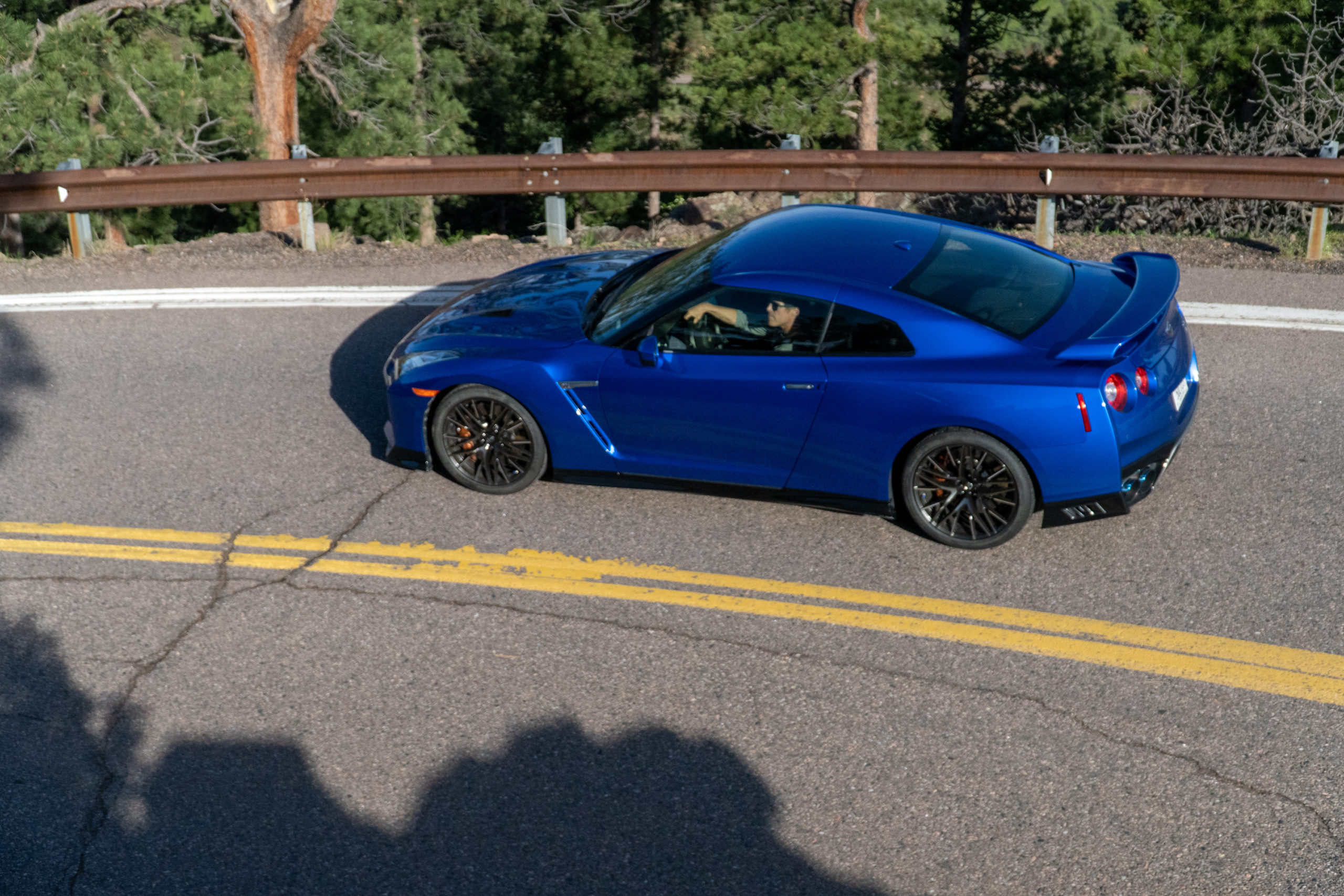 It happened within 10 minutes on my very first drive. As I gingerly took the GT-R to one of my favorite take-out spots, a woman in a very nice Nissan Altima pulled up next to me and yelled toward my window. “You just inspired me to go even further,” she yelled across a lane of traffic. “What a beautiful car.” I blushed, yelled back thanks, and continued, giggling to myself. Ok, maybe this is how the 1 percent feel all the time, but when it happened to me, it was shocking.

In the course of a week, it happened again and again. People stared at the car. They asked me about it. My neighbors wandered over to check it out (I do not live in a high-income neighborhood). I met people, simply because of the car. And every time the interaction was surprisingly positive. People just wanted to know more. This really shocked me, because while it’s certainly a pretty car, it just doesn’t strike me as that exotic, especially when compared with the Ferraris and McLarens of the world.

So, now for the first big negative: parking lots. On that very first trip, I had to park in a small lot with a lot of traffic. And while the car has more electrical nannies than a British daycare, I still cringed as I imagined all the possible door dings and scratches.

I slowed to a barely-moving crawl at the parking lot entrance, unsure the low-slung bumper could clear the sloped entry. I then stopped about three feet short of the curb, worried I’d crunch it there. After a few days, my anxiety lessened, but it definitely didn’t go away!

Have you ever wondered what it would be like to get shot out of the barrel of a rifle? I think the closest survivable analogy was goosing the 2021 Nissan GT-R at wide-open-throttle down a vacant highway onramp.

Taking my wife on the first of several rides in the GT-R, I floored it for the first time down an on-ramp. To floor a GT-R is to test the theory of relativity. The traction was so good and the acceleration so brutal, I have nothing to compare it with. My wife let out a surprised, non-ironic “weeeeeoooo” as we hit the speed limit in less than three seconds. We both giggled as I merged easily into traffic and mellowed with the flow.

Day-to-Day Driving Was Easier Than Expected 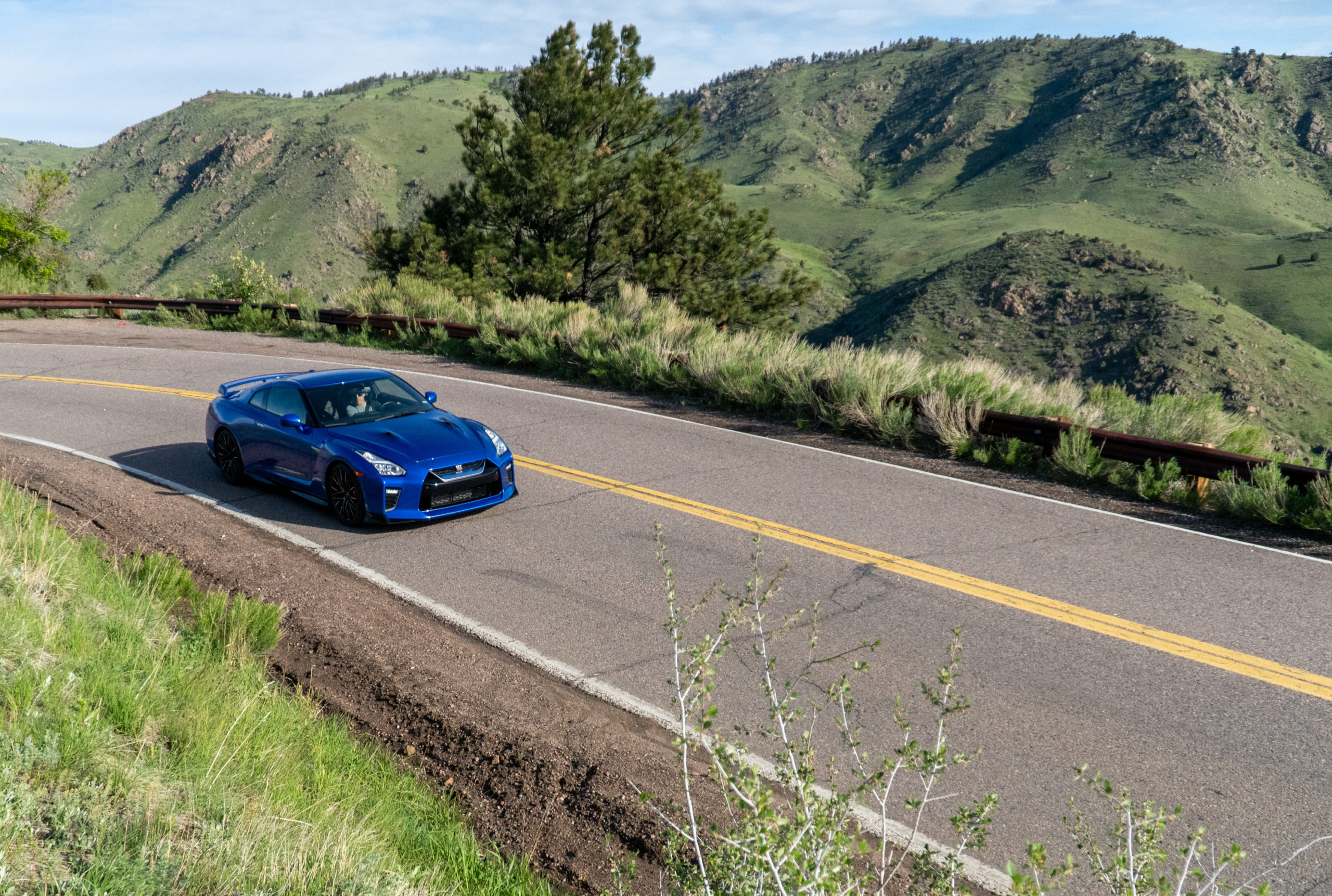 Yes, the 2021 Nissan GT-R is an insanely fast, aggressive car thanks to the 3.8L twin-turbo V6 pumping out 565 hp. But what made it special to me was that I could also drive it every day without any problem (other than the obvious concerns about parking lots and low curbs). It had great manners on the open road and even while driving in the city.

And while it does rock a 6-speed, twin-clutch transmission with paddle shifters, I barely took it out of automatic mode. The car was just better at shifting itself in most circumstances. For hard-driving, sure, the paddle-shifters were great. But as a daily driver, the GT-R had no trouble fitting in on the morning commute. 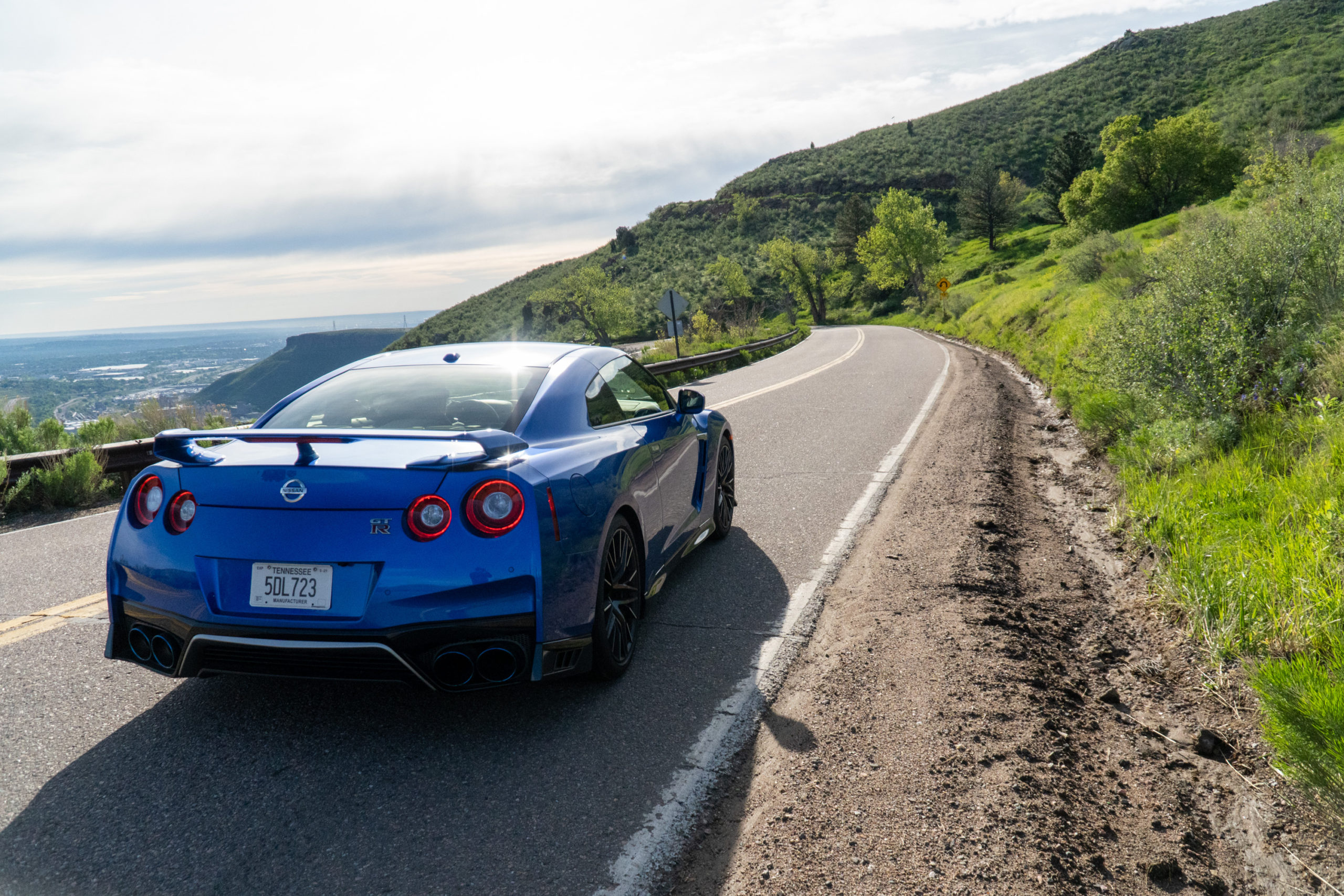 The 2021 Nissan GT-R was a remarkable machine. It danced around corners. It accelerated like a rocket. And the interior was a lovely, comfortable place to be. But for my money, I get the same level of fun driving my very analog, manual transmission 2006 Mustang GT, which costs about a tenth as much as the GT-R.

Why is this? Well, maybe it’s because the Mustang is actually a lot harder to drive. You have to row through the gears and not spin the tires. You have to pay attention to wet roads and generally be very attentive to the big V8 tethered to your potential lead foot.

The 2021 Nissan GT-R, in contrast, was so exceptionally good that it was hard to push it at all outside the safety of a race track. Of course, there’s a thrill in zipping away from stoplights at warp speed. And the Nissan GT-R turned highway ramps into some of my favorite places on the planet. And who doesn’t like nods of approval from seemingly everyone you meet on the road? But when it comes to simply fun driving, I don’t know if I need to go full “super” to enjoy myself.

Fortunately, that aligns well with my proletariate income. Supercars are awesome, yes. But thankfully, there are lots of fun cars for the rest of us, too.


10 Mods to Avoid for Your Lifted Dodge Ram
10 Weird and Wild Real-Life Car Accident Stories (Our Fav is...
Life Skills: How to Drive A Manual Car
Ranking The Fastest Cars of the 90s From Japan And Europe!
Best of 2019 Dodge
Behind the Wheel of the C8 Corvette Stingray Convertible (Vi...