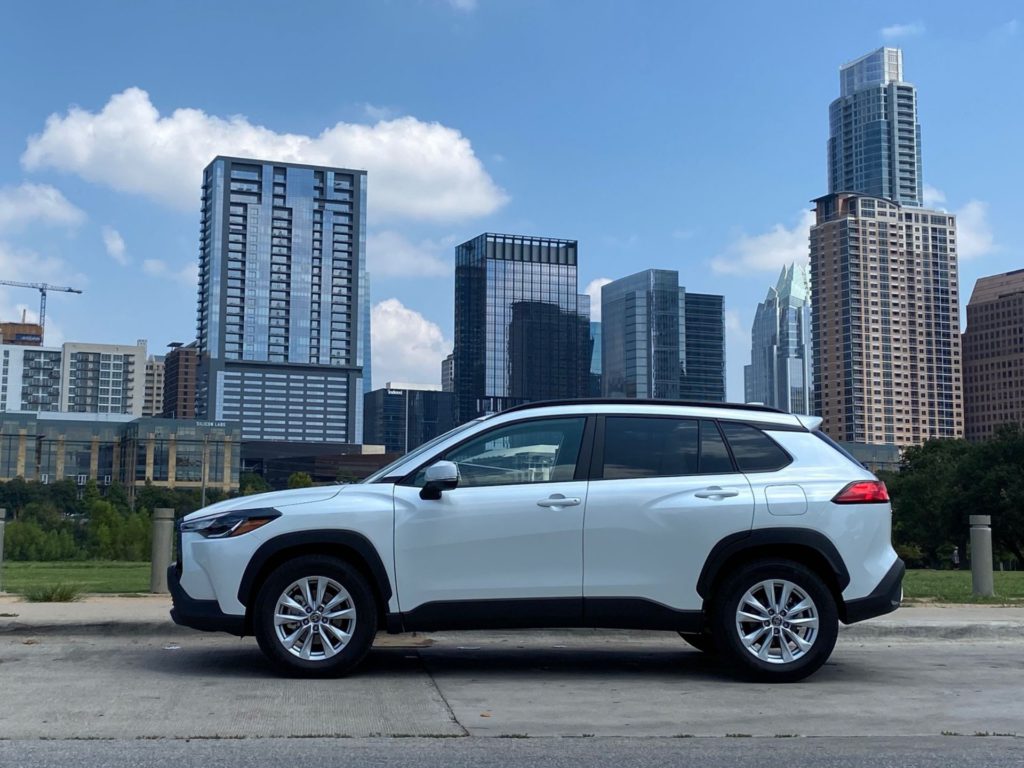 The 2022 Toyota Corolla Cross, the newest iteration of Toyota’s best-selling model, capitalizes on the popularity of the Corolla name. Known as a car that is both predictable and reliable, more than 50 million Corollas have been sold in its 55-year history.

And while Toyota hopes the Corolla Cross reaches a new subset, critics are wondering if we need yet another crossover in the lineup  — perhaps like we need more cat videos in our lives.

2022 Toyota Corolla Cross: Where Does It Fit? 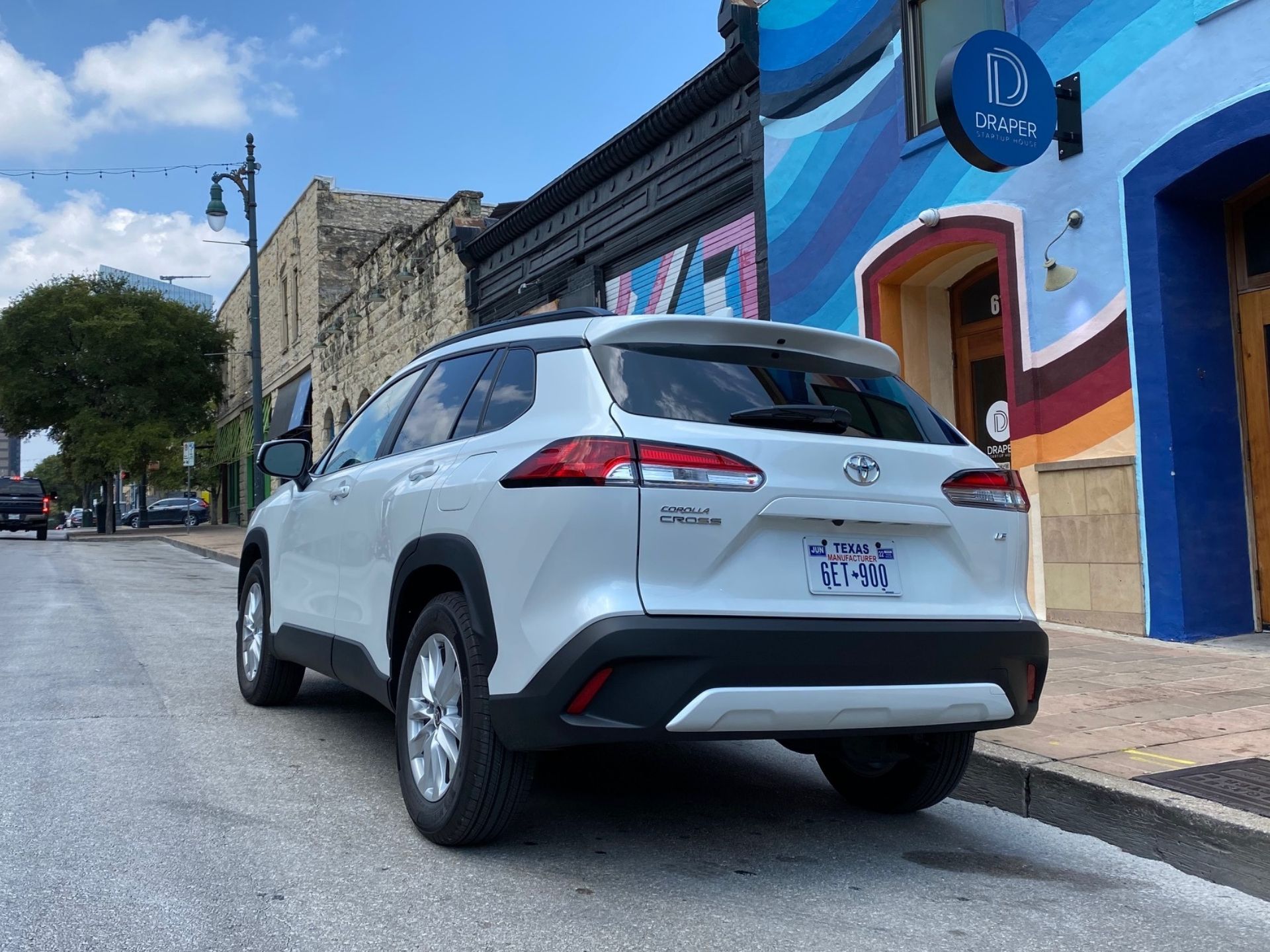 Slotted between the quirkiness of the C-HR and the versatile RAV4, the 2022 Toyota Corolla Cross may look like a wagon version of its sedan namesake, but it does offer some significant updates.

“This is not the end of the C-HR,” Toyota told me during the press launch briefing. “There is room for both the C-HR and the Corolla Cross; we think it appeals to a different buyer. Plus, the Corolla Cross offers all-wheel drive.”

Let’s take a look at some comparative numbers for these three Toyota models and see why you might choose one over another. 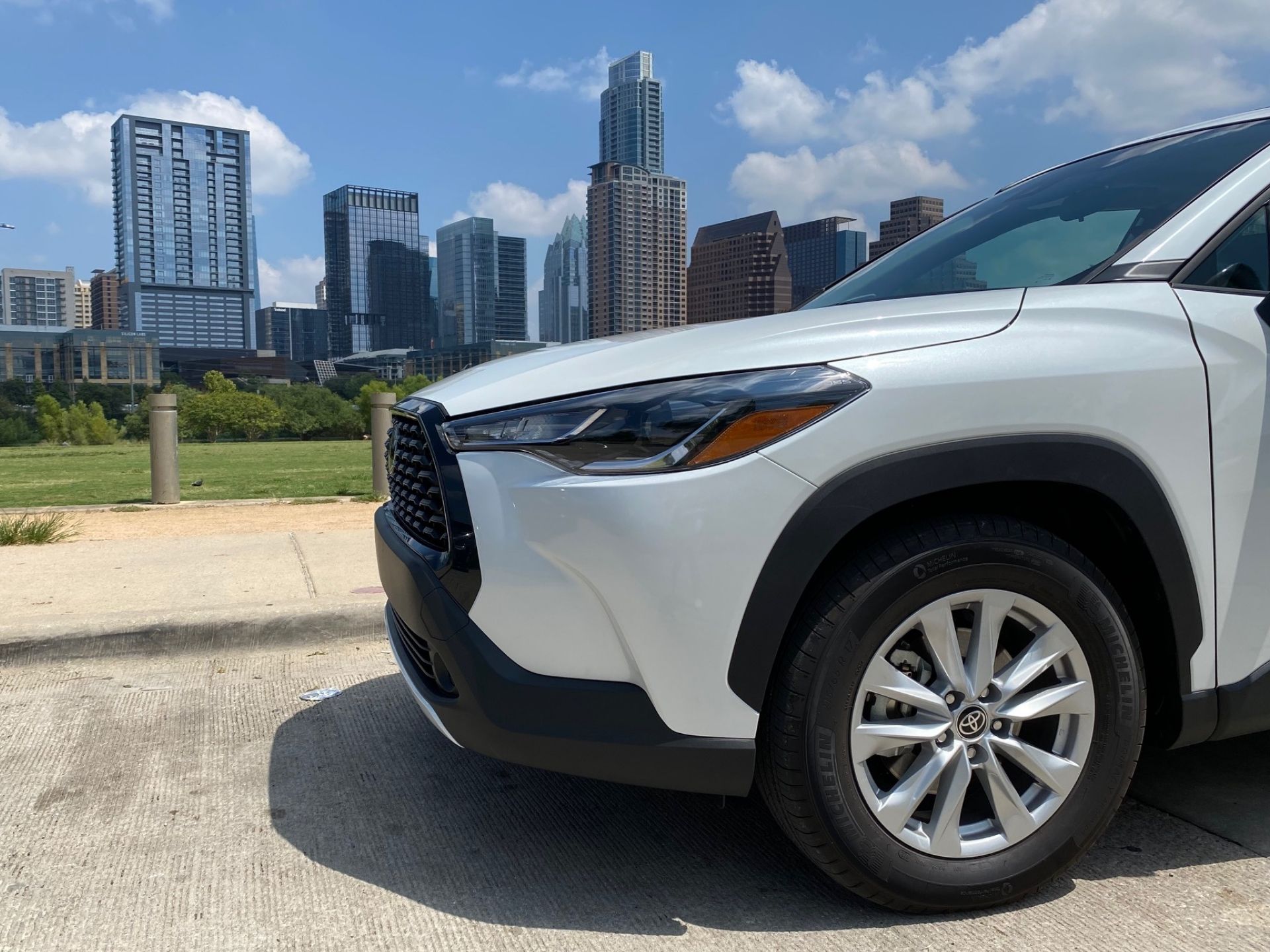 When it comes to power, the C-HR offers the least at 144 hp from a 2.0L 4-cylinder powerplant. The transmission is a CVTi-S system, compared to the Corolla Cross’ direct-shift CVT.

In the middle of the pack, the 2022 Toyota Corolla Cross boasts a 2.0L Dynamic Force 4-cylinder engine making 169 hp.

For the most power, the RAV4 has a 203-hp 2.5L 4-cylinder under the hood. Interestingly, of the three, the Corolla Cross has the best-combined fuel economy at 32 mpg compared to 30 for the RAV4 and 29 for the C-HR.

If impressive acceleration is what you’re going for, you’re going to want the RAV4 Prime, which is the plug-in hybrid version of the crossover. Just be prepared to pay north of $40,000 for it. 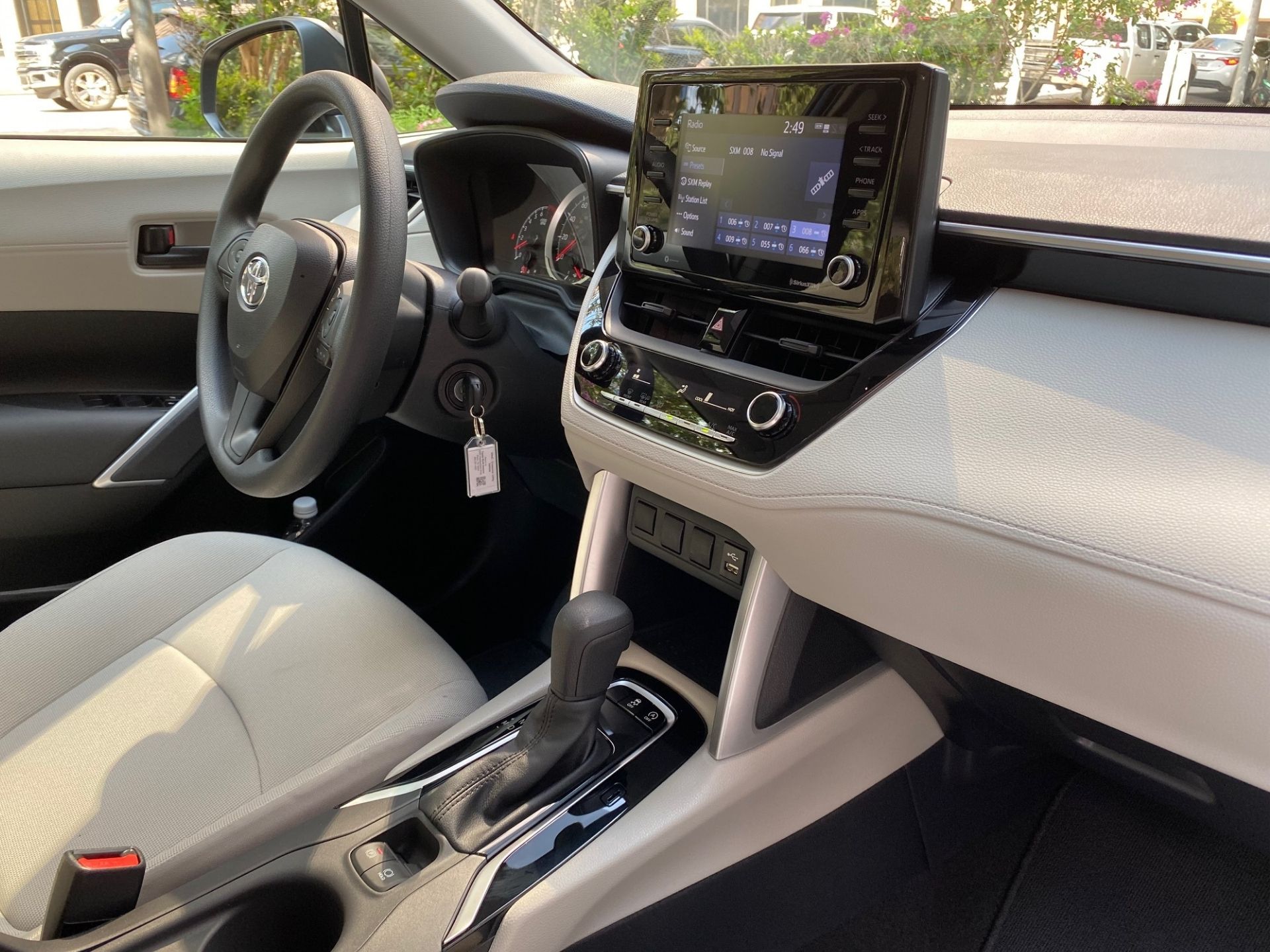 Intentionally, the 2022 Toyota Corolla Cross was positioned on the new TGNA-C platform with 8-inches of ground clearance. That’s 2.2-inches higher than the C-HR and within a half-inch of the RAV4. Toyota surely knows the C-HR is a quirky urban car and gave the Corolla Cross a bit more capability and versatility.

The Corolla Cross is 3-inches longer than the C-HR and 5.3-inches shorter than the RAV4; it feels very much like a Corolla Sedan that the manufacturer pulled like taffy to stretch out the back end. 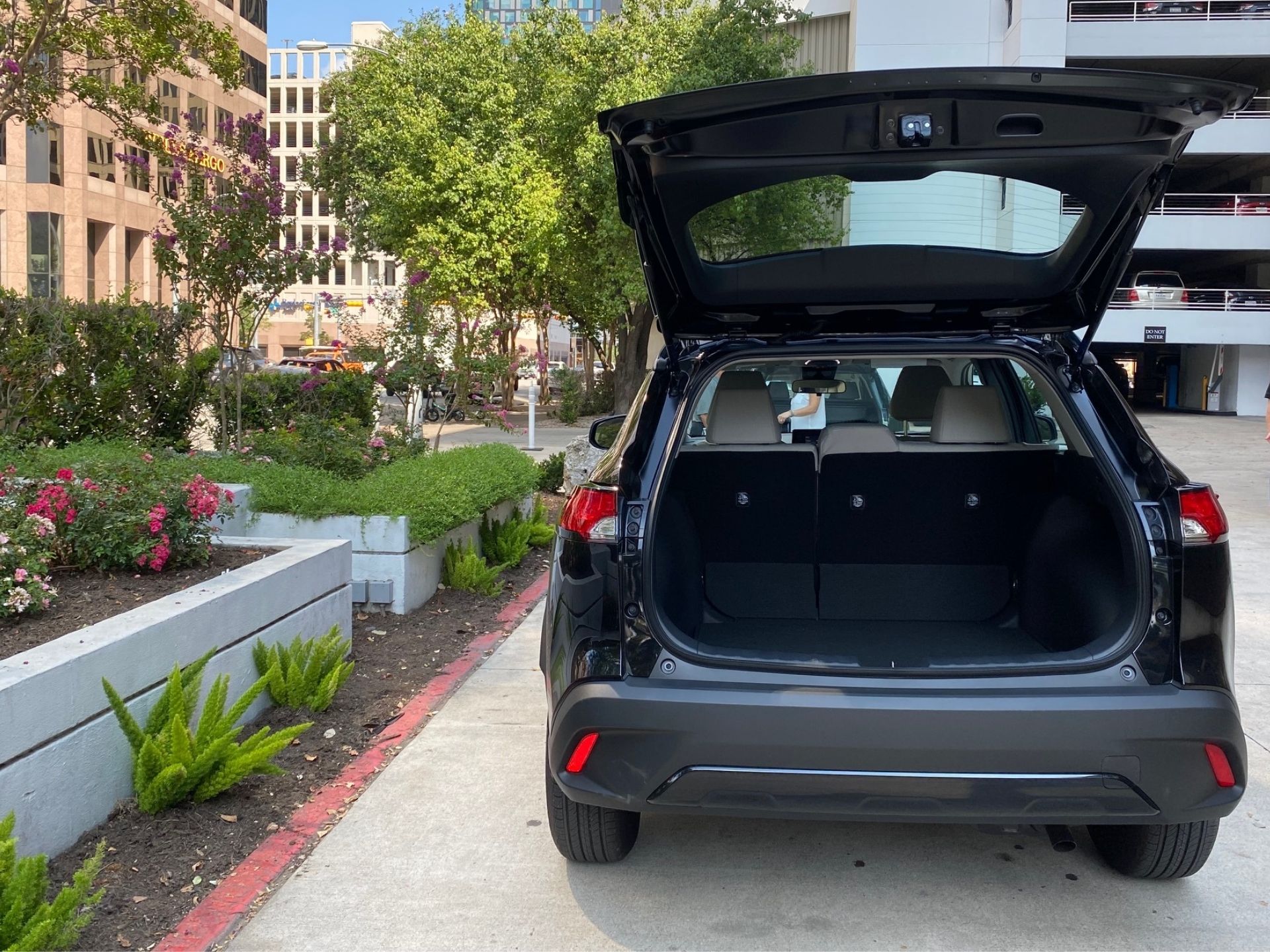 Cargo space is, of course, most abundant in the RAV4 with 37.6-cubic-feet behind the second row. The FWD Corolla Cross includes 25.5 cubes (24.3 with AWD) and the C-HR has just a tad over 19-cubic-feet.

Total cargo space numbers with the rear seats folded down on the 2022 Toyota Corolla Cross are TBD, but we know the RAV4 has nearly 70-cubic-feet behind the front seat with the second-row folded.

Clearly, crossovers aren’t designed for heavy towing. That said, it’s nice to have the option to tow something like a motorcycle, snowmobile, or ATV, and the RAV4 is best equipped for that with a 1,500-pound towing capacity on its FWD models and 1,750 pounds with AWD.

While towing isn’t recommended with a Corolla sedan, the 2022 Toyota Corolla Cross is cleared for towing up to 1,500 pounds. That’s plenty to pull your personal watercraft to the lake though not enough for most campers. C-HRs aren’t suitable for towing.

With any of these crossovers, you’ll get Toyota’s Safety Sense suite, the brand’s comprehensive driver assist package, plus Toyota’s durability and reliability.

If you’re a fan of this Japanese brand and looking at crossovers, one of these is going to be a good match for your lifestyle and budget. If the 2022 Toyota Corolla Cross has caught your eye, sign up for updates on when Toyota’s latest CUV will hit the market. 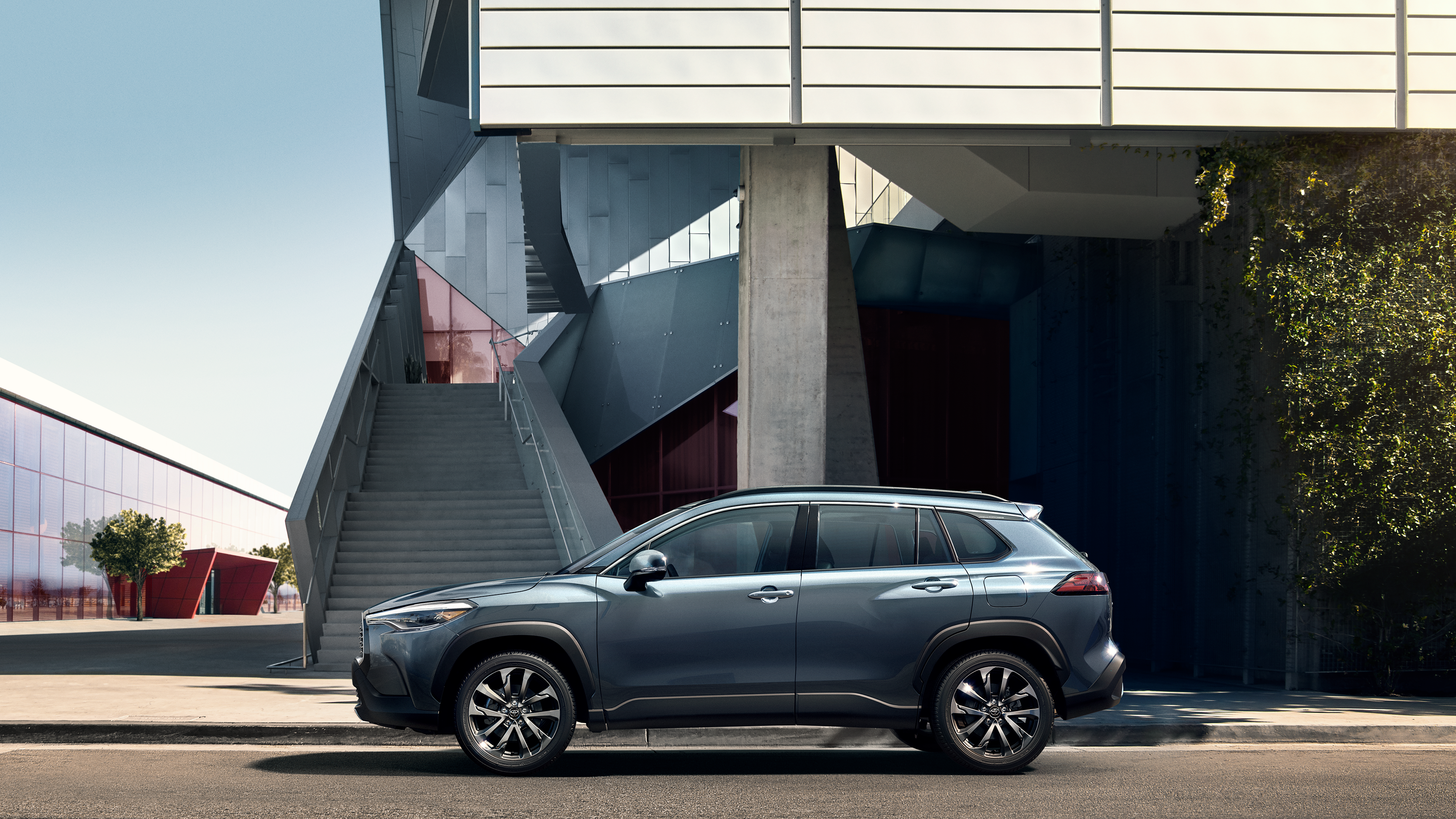 
The Best of 2021 Genesis
2021 BMW Alpina XB7 is a Beautiful Beast
2021 Ford Bronco: Better Than We Could Have Hoped For!
The Best of 2021 Rolls-Royce
2020 Land Rover Range Rover
How To Install Air Bags For Better Towing With Your CUV