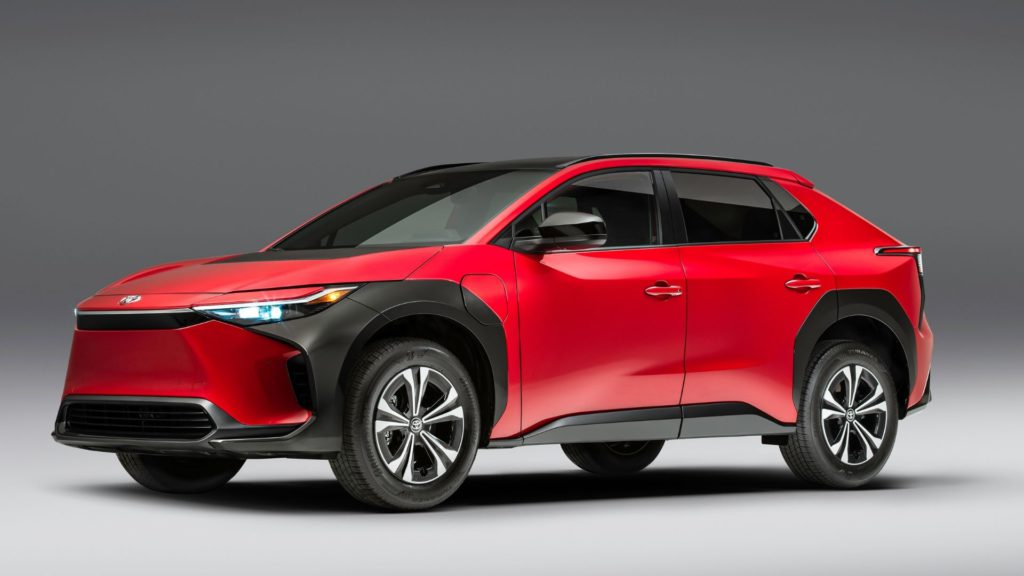 In 1996, the first Toyota Prius launched with a base price of $20,000 and a fuel economy of 41 miles per gallon. The Prius was followed in 1997 by the RAV4 EV which didn’t make a big splash; the RAV4 EV was experimental, a necessary step toward progress. Back then, even the Prius, whose name is derived from the Latin prefix meaning  “to come before,” was ahead of its time. But all that’s changing in the 21st century, as the 2022 Toyota electric vehicles feature more than just the Prius.

The Japanese automaker currently offers 11 electrified vehicles, including the just-launched 2022 Toyota bZ4X, the first vehicle in Toyota’s new “Beyond Zero” line. First seen in April at the Shanghai Auto Show, it’s one of 15 new battery-electric vehicles Toyota plans to roll out by 2025. 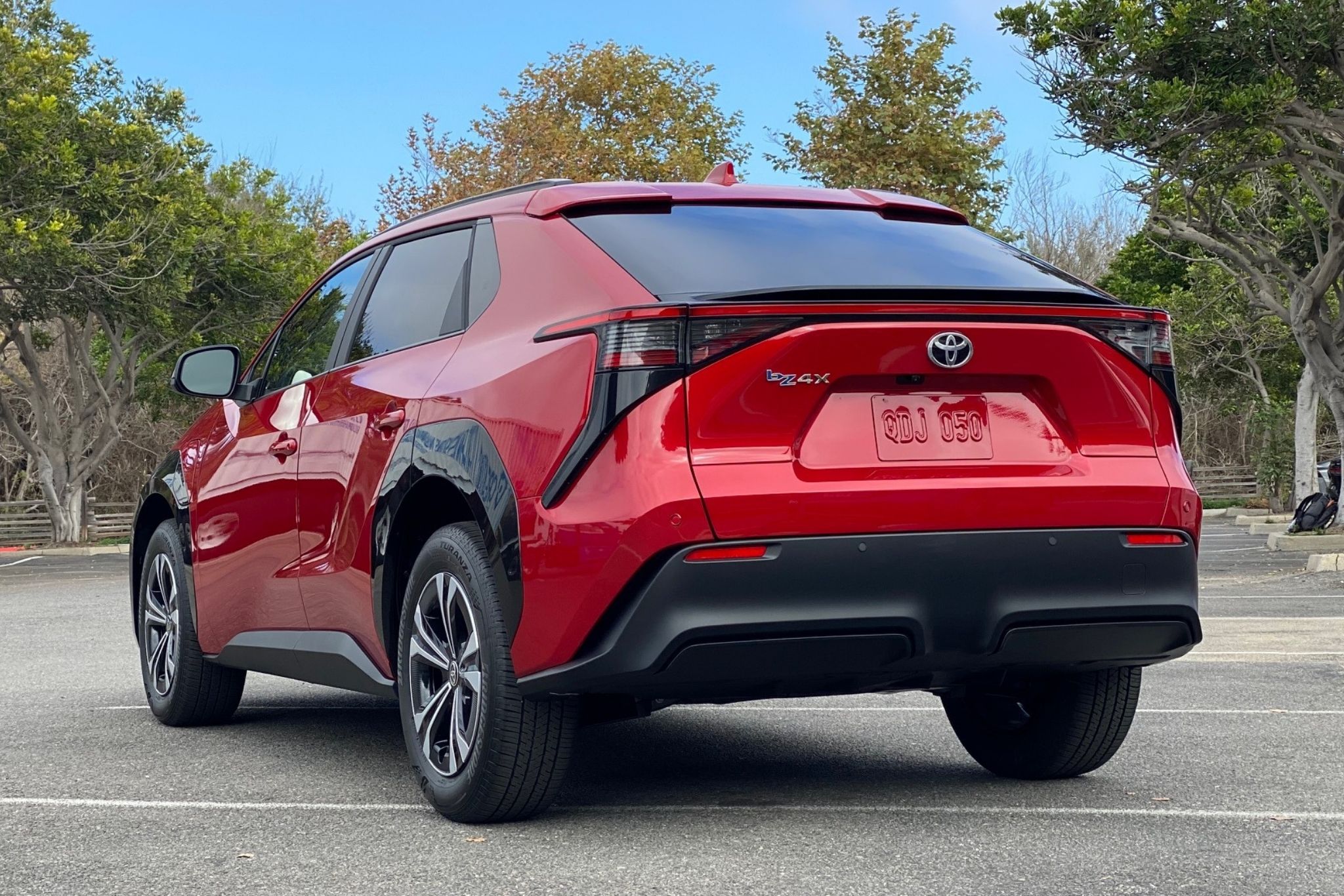 And that’s going to require big money. Toyota product vice president Cooper Ericksen said that Toyota spends about one million dollars per hour on research and development. That equates to just under $9 billion per year and more than $70 billion by 2030. Toyota is investing $13.5 billion in battery development and production, with $3.4 billion in the U.S. alone, including a battery plant here in the U.S. with production slated to start in 2025.

The way the industry is handing out money like party favors to any company with a connection to EVs, it’s looking like the ramp-up period is far from over. On the other hand, the general public is confused about what an EV is and how it works. For instance, hybrid awareness is improving, but knowledge is still sketchy. According to a survey conducted by Toyota, only 10% of consumers understand that plug-in hybrid EVs don’t need to be charged to be driven. When misconceptions about EVs are cleared up, consumer interest increased significantly.

The Future of Electricity: Batteries and Hydrogen 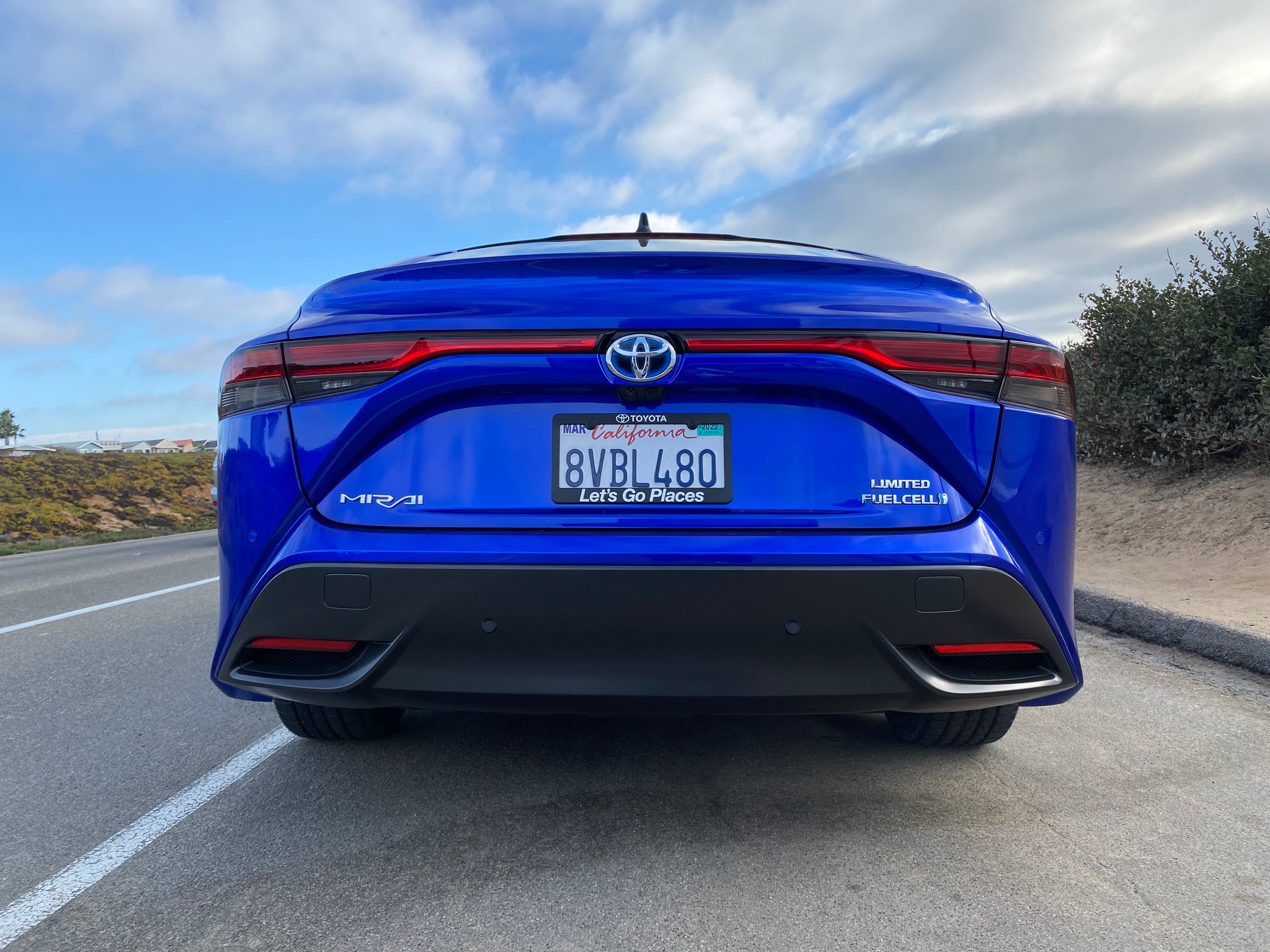 One big question that lingers is about the status of solid-state batteries, which is generating a lot of buzz. According to Samsung, a solid-state battery has a higher energy density than a Lithium-ion battery that uses a liquid electrolyte solution. It doesn’t have a risk of explosion or fire, so there is no need to have components for safety, thus saving space and creating more room for active materials which increase battery capacity, Samsung explains.

Toyota is not ready for mass production of solid-state batteries yet, and it sounds like it could be a while before they’re available to supplant the current battery crop. In the meantime, Toyota is selling its second-generation Mirai, which is powered by hydrogen. The Mirai generates power by pulling oxygen from the outside air and combining it with hydrogen. In the fuel cell stack, hydrogen from the fuel tank and air entering from the intake grille create a chemical reaction, generating electricity. Instead of carbon emissions, the by-product is water.

The problem with hydrogen is that, currently, there aren’t enough filling stations for mass adoption. However, Toyota isn’t waiting around for something to happen. Currently, 47 hydrogen stations are open, and 120 are under development across California, Colorado, Texas, and the northeastern seaboard. That’s not even close to enough stations to meet customer demand, which currently outpaces availability. 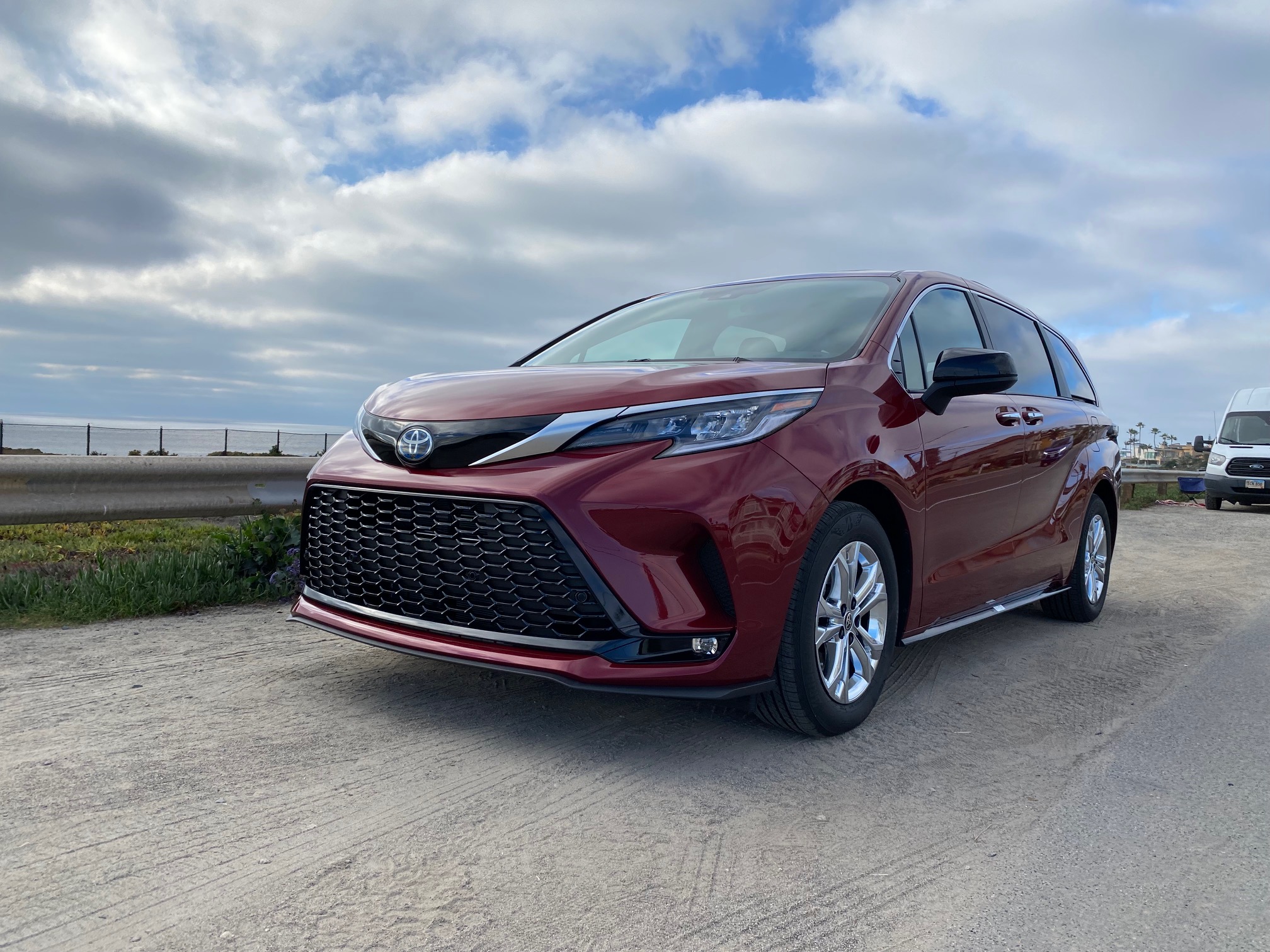 Toyota’s stated goal is to make electrification accessible to all, and it’s walking the walk with its entry-level Corolla Hybrid, starting at $23,650. At the top of the range, the Mirai starts at $49,500 (that includes $15,000 in hydrogen fuel). In between, there’s the Prius line and the RAV4, Camry, Venza (which is only available as a hybrid), Highlander, Sienna, and the Avalon in its swan song in the lineup. Even the mighty Tundra is now available with a hybrid powerplant.

The vehicle with the lowest mpg number is the 2022 Highlander hybrid, which comes in at 36 mpg combined. With hydrogen power, the Mirai is the most efficient and gets an estimated 67 MPGe combined; however, access is limited to this vehicle. For gas-powered hybrids, the Prius Prime boasts the most efficiency at the pump at 54 mpg and a whopping 133 estimated electrified MPGe.

Even though Toyota says there are already 18 million electrified Toyota vehicles on the road, it dedicates a fair amount of real estate on its site to answer questions about electrification. Topics like “do I need gas to operate a hybrid” to “how long does it take to charge” are covered. The brand clearly sees the need for more consumer education.

According to Toyota vice president, Mike Tripp, there are a whole lot of car buyers out there who don’t understand how electrification works. And if the brand wants more consumers to buy in, making the effort to educate them will behoove Toyota and the industry as a whole. If Toyota wants to achieve its goal of 80% EVs by 2030, it has some work to do.

Break that number down a little bit and you’ll see that there’s a gradual process, reflecting Toyota’s healthy (in my opinion) approach to electrification. By 2030, ‘Yota’s product planners expect only 2 million ICE vehicles in the mix along with 8 million electrified vehicles (hybrids) and 2 million zero-emission vehicles (all-electrics). The Beyond Zero line is an example of that piece of the pie, and it’s easing in quietly. Toyota’s hedging its bets, and while electric fans might not think it’s fast enough, it’s a smart move for sales.