Crossovers otherwise referred to as a crossover utility vehicle or CUV, is an automobile built on top of a unibody platform which combines features from an SUV with those from a typical passenger vehicle. They use many attributes from a hatchback or station wagon.

Most trucks and SUVs use a body-on-frame construction, but the crossover relies on a unibody design instead. This allows the crossover to look like an SUV with its taller interior, higher ground clearance, and high H-point seating. On the other hand, it also permits the CUV to have some of the design of a passenger vehicle that creates a smooth ride, such as an independent rear suspension, light weight, superior fuel economy, and optimal handling.

Crossovers might also have some hatchback and station wagon features such as the rear liftgate for cargo access or the two-box construction. They also tend to offer fold-down seats to create additional passenger or trunk space as needed.

Some crossovers even have light off-road ability with all-wheel-drive systems, but others come with front-wheel or rear-wheel drive.

History of the Crossover

It’s possible that early crossovers started back in the days of the 1948 Willys-Overland Jeepster. Not only did it have the off-road ability you would expect from an SUV, but it also comes with car-like options for exceptional comfort.

Then, in 1955, a Russian GAZ-M20 Pobeda was modified into an M-72 version which became the first all-wheel-drive vehicle on a unibody. Then, a concept car was created using the Jeep Wagoneer’s drivetrain. It was produced in Greece and marketed as a luxury limousine.

In 1976, the VAZ-2121 Niva debuted as well. It was an off-road vehicle from Russia that featured the unibody style and a few mechanical components out of the VAZ-2101 sedan. Prior to the crossover terminology, another vehicle that could’ve been classified as such is the Matra Rancho from 1977.

One of the well-known models of the time, an AMC Eagle, also exhibited characteristics that led to the modern CUV. This passenger vehicle used a unibody design and a four-wheel-drive system which increased the ride-height. It was the first four-wheel-drive production passenger car.

Either way, the term “crossover” came because manufacturers didn’t want to call a vehicle a station wagon anymore.

Crossovers in the Modern Age

Crossovers were officially released during the early 21st-century. The early versions resembled traditional wagons and SUVs. By 2006, the crossover segment took over the United States market with more than 50% of SUV sales.

Even Audi found that their Q5 quickly became the company’s second best-selling automobile in America following the A4 sedan. On top of that, Lexus saw half of their sales coming from the SUV lineup, with a big portion due in part to the Lexus RX crossover.

At first, the majority of domestic automakers didn’t make the leap from SUVs to CUVs. They worried that they wouldn’t catch on because the market didn’t want station wagons anymore. By 2010, they jumped on the bandwagon and started producing their own line of crossover, especially since baby boomers were leaning more toward the style.

In 2017, Motor Trend hailed SUVs and crossovers as being the only thing that saved automakers for the year.

There are several different varieties of crossover vehicles. In the broad spectrum, you’ll commonly hear these classifications used to describe a vehicle. 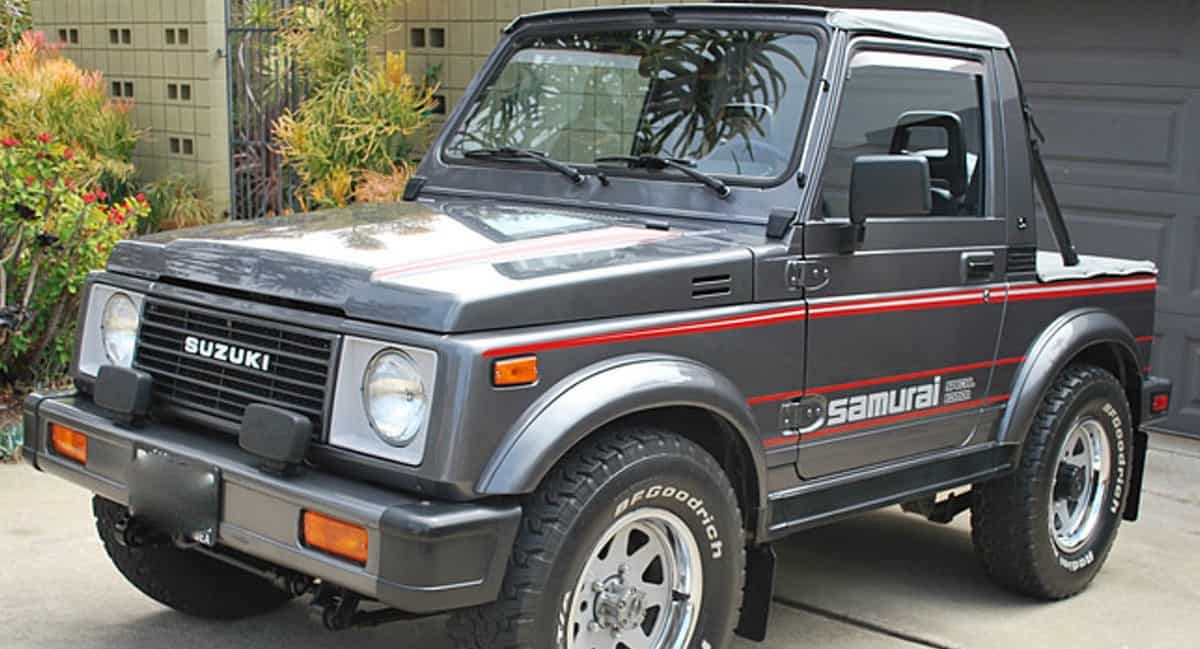 These are also referred to as a subcompact SUV. This line of vehicles make up a class of smaller CUVs that feature a length of fewer than 165.4 inches, although some go a few inches longer. The first mini SUVs appeared in the 1990s as off-road vehicles designed with a body-on-frame chassis. Early examples include the Suzuki Samurai.

They are manageable on a trail due to their smaller size and off-road ability. In the early 2010s, the Nissan Juke and Mini Countryman also entered into this category. In Japan, any vehicle under 133.9 inches is classified in the kei category which lowers their taxes, so automakers there strive to build their off-road cars under those specifications as well.

Some modern mini crossovers include the Chevrolet Trax, Buick Encore, and Honda HR-V.

A compact SUV, or compact crossover is a smaller vehicle that’s larger than a typical mini crossover, but smaller than most SUVs. The length often remains under 181 inches, with a few exceptions. The most well-known that could fit in this category is the original Jeep Cherokee. 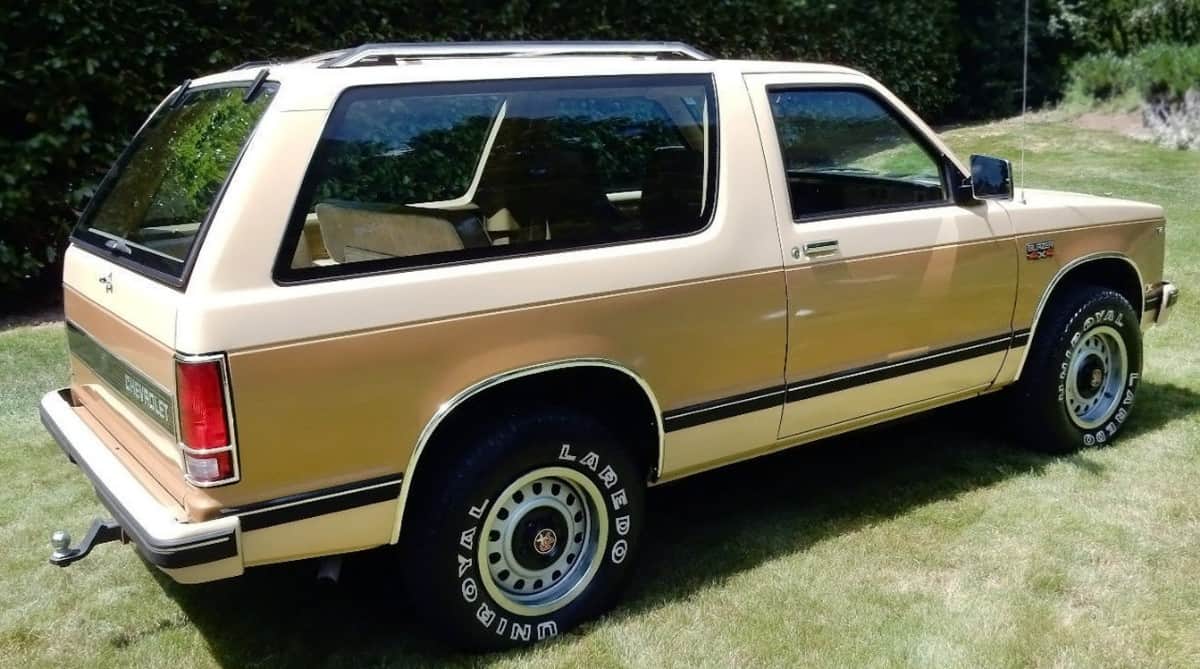 The mid-sized crossover fits between the compact crossover category and a full-sized version. The most common modern models include the Chevrolet Blazer, Ford Edge, and Volkswagen Touareg.

The largest crossovers are often interchangeable with the SUV category and are full-sized models. These include the Chevrolet Traverse, Buick Enclave, Ford Flex, and Lincoln MKT.

When searching for a family car, most people find themselves confused over the difference between a crossover and an SUV.

The biggest difference is something that can’t be seen. The crossover is built on a car platform while an SUV uses a truck chassis instead. This unibody architecture means that the frame and body are in one piece, where the SUV’s body is produced separately from the frame and then put together.

The interesting part of this is that it’s all a relatively grey area. There are plenty of “SUVs” that are built on a unibody vehicle but still referred to as an SUV. That’s why the Ford Explorer, Toyota Highlander, and Jeep Grand Cherokee are all SUVs even though they use the unibody design.

Other vehicles such as the Ford Expedition, Chevrolet Tahoe, and Mercedes G-Class feature the body-on-frame construction, so it would be wrong to classify these as a crossover.

A crossover offers the same space and body of an SUV but it’s a unibody design. The layout of most crossovers means that drivers and passengers receive an upright seating position that improves visibility when compared to most SUVs. There’s also lots of interior space and several models have exceptional crash test ratings.

Since they don’t ride on a truck-based platform like an SUV, they are lighter in weight. This increased fuel economy which is something most consumers want. They also offer better suspensions for a smoother ride instead of the stiff suspension needed for off-roading.

Most crossovers seem easier to drive than their SUV counterparts. Instead of driving like a tank, they feel more like a car on the road. The platform allows it to be more maneuverable in a city and they get into parking spots easier.

To achieve all this, most crossovers come with a lower ability to tackle off-roading and they cannot tow heavy loads as some SUVs can.

1 – Crossovers can offer more passenger room than a minivan. If you need a decent family vehicle, some crossovers have seating for eight or more.

2 – In 2018, Crossovers made up the most popular car segment in America.

3 – Most crossovers feature some sort of towing capacity and can handle anywhere from 1,500 to 3,500 pounds of cargo; enough to take along a small trailer.

4 – Crossovers are extremely fuel-efficient in relation to SUVs. Non-hybrid versions of the Chevrolet Equinox and GMC Terrain get up to 39 mpg on the highway.

What is a crossover? Traditionally, a crossover or crossover utility vehicle is a downsized SUV built on a car chassis. This combination of cargo and passenger space combined with the driving and handling dynamics of a passenger car make crossovers highly popular for younger drivers and on the market as a whole. Crossovers also typically ride higher and have greater ground clearance than passenger vehicles, and some boast off-road readiness from the factory. Thanks to this desirable mesh of characteristics and a “jack of all trades” attitude, the crossover segment is the largest growing segment in the auto industry at the moment.

Why are crossovers so popular? Crossovers are increasing in popularity due to being larger in size than traditional passenger cars while still being smaller than large and cumbersome SUVs. Crossovers can be both compact and feature a surprising amount of storage space at the same time, making them the ideal vehicle format for everyday use. Many crossovers, while riding on unibody car frames, feature increased ride height and altered suspension, making them more capable than their car counterparts when driving off-road.

Are there all-wheel-drive crossovers? Certainly! In fact, awd crossovers are so popular that every single crossover from our list offers an AWD drivetrain in at least one trim. From compact crossovers and midsize crossovers to large crossovers, it is almost a guarantee that any crossover worth its salt is going to have an AWD feature – it’s basically a must to be considered competitive in today’s market!