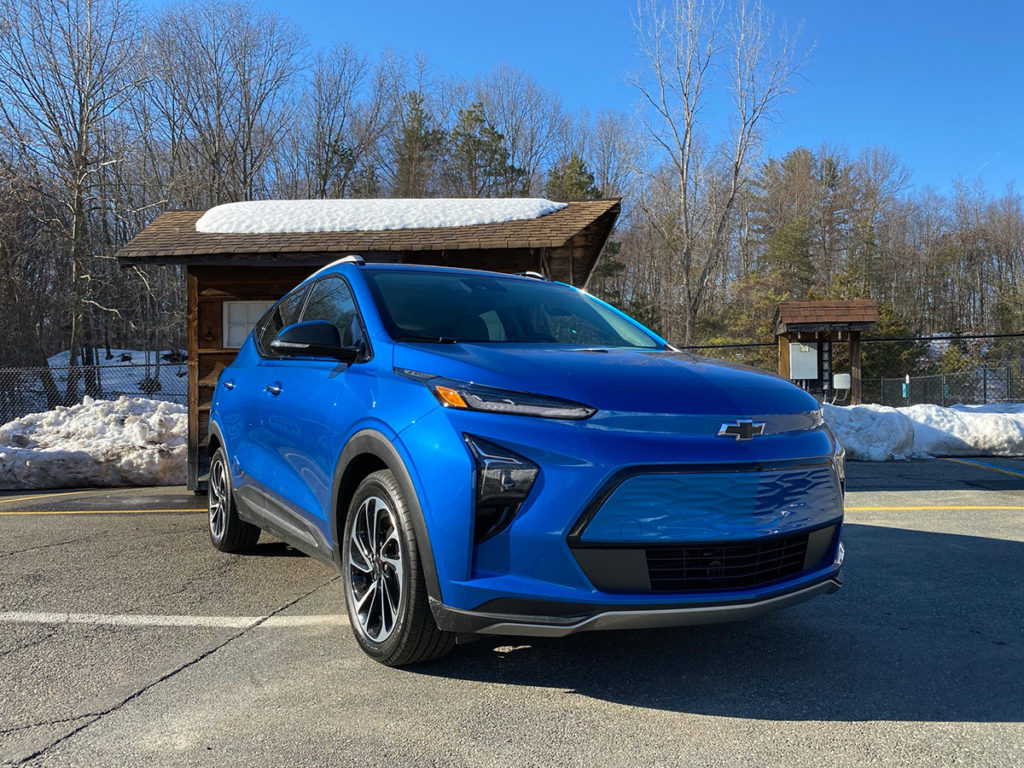 General Motors announced its commitment today to electric vehicles, stating it will add two more U.S. battery plants and accelerate the development of its electric and autonomous vehicle programs.  The latest $35 billion figure coming in 75% higher than what GM said it would spend as recently as March 2020.

Battery Production the Key to an All-Electric Vehicle Future

All told, the Detroit automaker now plans to have four separate facilities producing lithium-ion batteries, a figure that would double the current U.S. production base. Boosting battery production is a key goal of the Biden Administration and part of its proposed infrastructure plan.

“We are investing aggressively in a comprehensive and highly-integrated plan to make sure that GM leads in all aspects of the transformation to a more sustainable future,” GM Chair and CEO Mary Barra said in a statement today.

GM is on what Barra describes as “a path to an all-electric future.” But, unlike some competitors, it focuses on pure battery-electric vehicles rather than a mix of hybrids, plug-in hybrids and battery-powered electric vehicles (BEVs).

Barra said Wednesday GM anticipates selling more than 1 million battery-electric vehicles by 2025. To reach that target, “We are increasing our investment to scale faster because we see momentum building in the United States for electrification, along with customer demand for our product portfolios”

An early morning call with GM CFO Paul Jacobson reiterated GM’s commitment to producing only electric vehicles by 2035 and that that GM capital investments will remain $9 billion this year, but grow through 2025. AND…EVs/AVs now account for “more than half” of cap spending.

Among other things, the money will fund four separate plants in the U.S. dedicated to producing its new Ultium lithium-ion batteries. The first will open in Lordstown, Ohio, later this year. Another will follow two years later in Spring Hill, Tennessee. GM did not disclose the location of the additional two plants.

GM claims Ultium will boost range, improve charging times and sharply reduce costs with the Ultium technology. The batteries currently used in the Chevy Bolt models cost around $140 per kilowatt-hour. The new batteries are expected to come in around $100, with GM setting a long-term goal of bringing that down to about $70 per kWh. At that price, analysts have said, EVs should be cost-competitive with conventional, gas-powered vehicles.

Along with its push into battery power, the increased spending program also will see GM ramp up the development of its HYDROTEC fuel-cell technology. The system has been developed under a joint venture with Honda, and the partners are preparing to launch their third-generation fuel-cell stack.

Honda has been moving to expand the use of hydrogen power in vehicles like the Clarity sedan. However, GM has focused on alternative applications, such as stationary power systems that serve as cellphone towers.

On Tuesday, the automaker announced a non-binding agreement with Wabtec, a major railroad equipment manufacturer. The Pittsburgh-based company recently began testing a battery-based locomotive which, it said, can reduce CO2 emissions by 11% compared to traditional locomotives. GM will provide Ultium cells for further Wabtec prototypes and HYDROTEC fuel-cell equipment for another pilot program.

GM Looks to Other Electric Vehicles

GM has been looking for other opportunities outside the auto industry for both fuel-cell and battery systems. In January, GM signed an agreement with Navistar, one of the country’s largest heavy-duty truck companies. They will run a three-year test using prototype HYDROTEC fuel-cell systems, partnering with freight hauler J.B. Hunt.

Cruise this month received approval to start a pilot program using fully driverless vehicles to carry passengers in California. And it is launching an autonomous vehicle (AV) ride-sharing service in Dubai. In addition, a pilot program launched in Japan and run by Honda will also use technology developed by Cruise. The Japanese automaker has partnered on AV development with GM and invested $2 billion into Cruise.

During this morning’s phone call, Jacobson revealed that there were other vehicle programs in the investment plans, but offered no further information.


Funny Road Signs That'll Make You Laugh
Hyzon Motors Ushers in Era of Hydrogen-Powered Commercial Fl...
How to Find the Best Used Cars Under 3000
Top 17 Hottest 2016 Supercars
The 2022 Nissan Frontier Is Finally Revealed
Top Things You Should Know About the LS3 Engine