The hatchback is a mix between a sedan and a wagon on a smaller scale. Some people even consider them to be miniature SUVs. However you decide to look at them, it’s clear that they’ve earned their keep in the United States thanks to their utility. What’s great about a hatchback is that they come in various body forms. You’ll find them as sedans, two-doors, EVs, and hybrids as well. There’s a hatchback for everyone.

What is a Hatchback?

This might seem like a silly question to some, but it’s actually more common than you might think. A hatchback is a vehicle that opens from the rear via an upward-swinging door. The vehicle can be considered to have three doors or five doors, depending on the number of passenger doors, as the hatch DOES count as a door.

Characteristics of a Hatchback 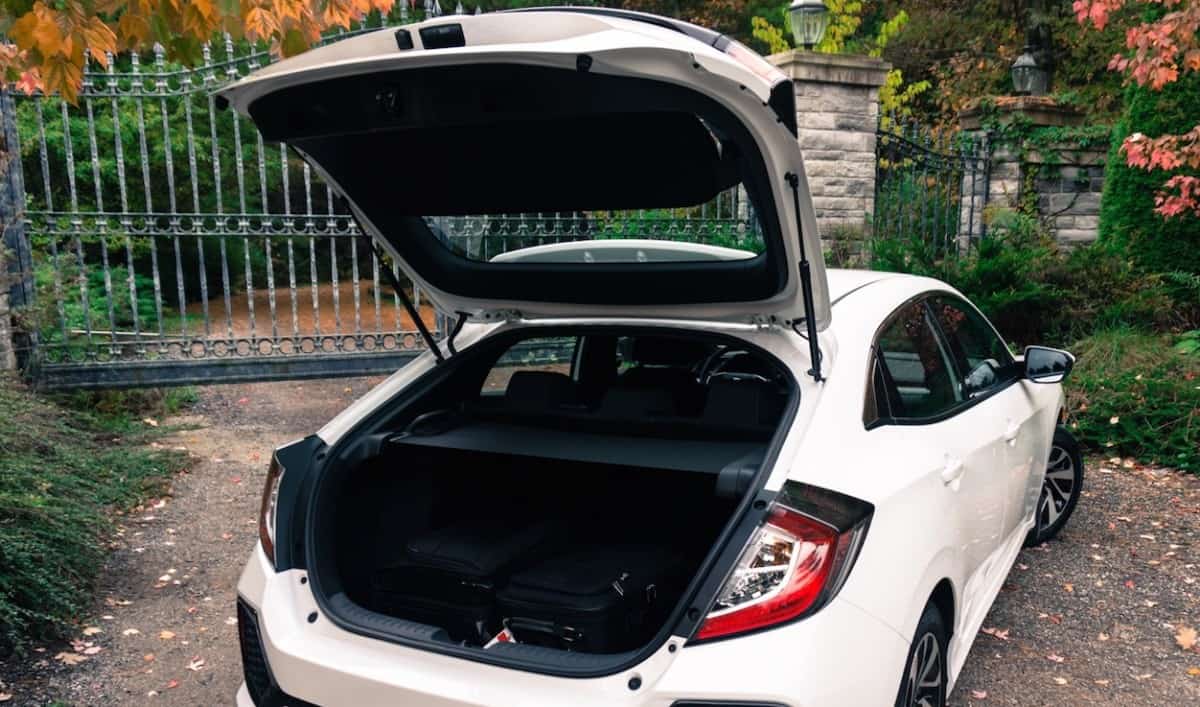 Hatchbacks feature a rear door the opens upward. It often creates a shared volume for cargo and passenger area. Most times a hatchback is a smaller vehicle. However, there are many sports cars, SUVs, and luxury vehicles that have a hatchback as well.

The rear door is hinged at the roof, which is opposite the sedan’s trunk lid that latches below the car’s rear window. The majority of hatchbacks also utilize the two-box design style. That’s where the passenger area and cargo space is a single volume. Most times, the rear seats fold down when extra cargo space is required. There might even be a removable parcel shelf or roll-up tonneau cover to keep the cargo area protected.

Hatchbacks with two doors are often called three-door models while the four-door sedan with a hatchback would be referred to as a five-door model.

While they are similar to a station wagon, there are some major differences:

Citroën released the first production hatchback. The 1938 Citroën 11CV Commerciale had a two-piece tailgate where the top portion hinged on the roof level and its bottom hinged below. Once the Second World War ended, production resumed but the hatchback became a one-piece design where the hatchback attached on the roof instead. That’s the design that most hatchbacks use today. 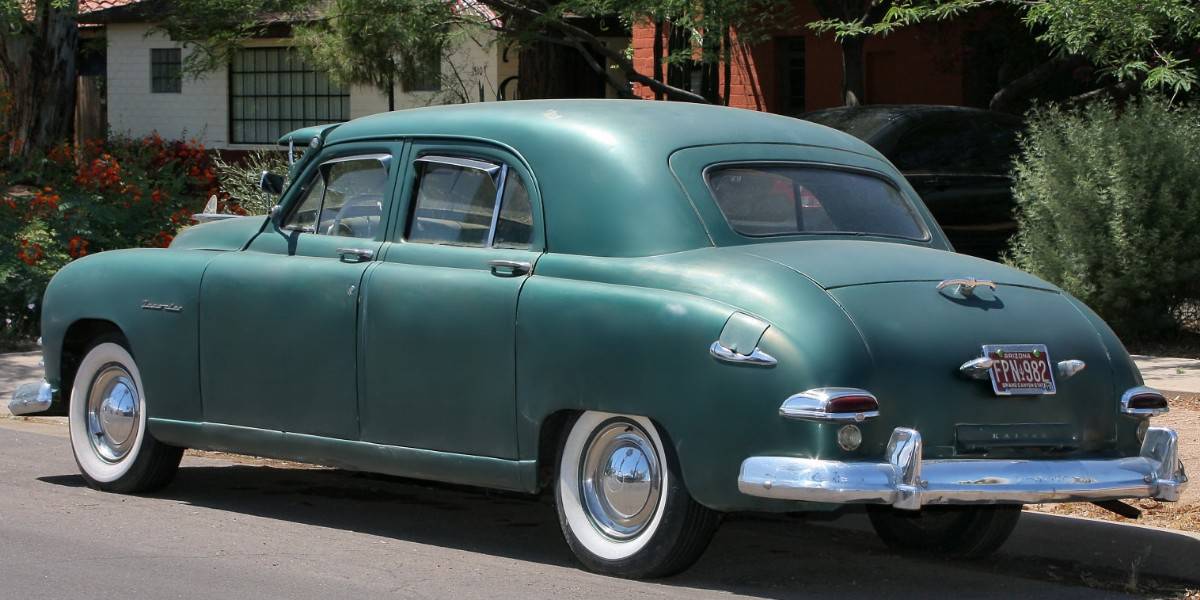 Then, in 1949, the Traveler and Vagabond hatchbacks made an appearance from Kaiser-Frazer. They looked like the 1940s sedan but included a two-piece tailgate design. They also featured the folding rear seats and shared volume. With the seats down, there was eight-feet of cargo space.

Aston Martin joined the competition in 1953 with the DB2. This rear tailgate design was produced 700 times. Then, the DB Mark III became its successor in 1958 with the addition of a folding back seat. The Austin A40 Farina Countryman was released in 1959 by the British Motor Corporation as well.

Then, the Renault 4 debuted in 1961. This was the first hatchback to be mass produced. Many people called it a smaller station wagon until the early 1970s. In total, there were more than eight million of these cars built through 1992, mainly in other countries.

The MGB-GT got modified into a hatchback in 1965. This became the first production sports car to achieve this unique body design. Then, in 1967, the first hatchback which used the transverse engine layout was the Simca 1100. This continues to be a normal layout of most modern hatchbacks.

Worldwide Use of Hatchbacks

During the 1970s, Europe started demanding compact hatchbacks which led to automakers releasing popular models such as the Austin Maestro, Renault 5, Austin Maxi, Fiat 127, and Austin Ambassador. By the early 1980s, many compact cars and superminis were replaced or updated with hatchbacks.

Then, in the early 21st-century, luxury hatchbacks became popular. This sparked the creation of vehicles such as the Audi A7, Porsche Panamera, and BMW 5 Series Gran Turismo.

In recent times, hatchbacks have lost some of their popularity in a three-door model, but have grown with the five-door versions instead. That’s why cars such as the Renault Clio and Audi A3 ceased production.

AMC released their first subcompact since the Nash Metropolitan in 1970 with the debut of the Gremlin. It had the appearance of a hatchback, but it was a coupe since only the rear window opened. Then, AMC released the hatchback design to the Hornet line in 1973. Utilizing the fold down seats doubled the car’s cargo area.

GM’s first hatchback was a Chevy Vega in 1970. They created more than a million hatchbacks during production (1971-1977). They also rebadged it as a Pontiac Astre, Buick Skyhawk, Oldsmobile Starfire, Pontiac Sunbird, and Chevrolet Monza S.

Ford’s first hatchback debuted in 1971 and was the Pinto Runabout. For three years, it was also rebadged as a Mercury Bobcat. Then, from 1974 through 1978, the Mustang II was offered as a hatchback as well.

Chrysler offered two hatchback varieties in 1978, both of which were also front-wheel-drive. The Dodge Omni and Plymouth Horizon were then followed by the Plymouth Turismo and Dodge Charger.

Japan dove into the hatchback market in 1972 with the Nissan Cherry, Nissan Sunny, and Honda Civic. A few of the other popular Japanese models included the Toyota Corolla, Suzuki Swift, and Nissan Pulsar.

As recently as 2014, four of the five top-selling models in the country were hatchbacks. It’s hard to believe that in the 1980s through the 1990s, hatchbacks were barely purchased. 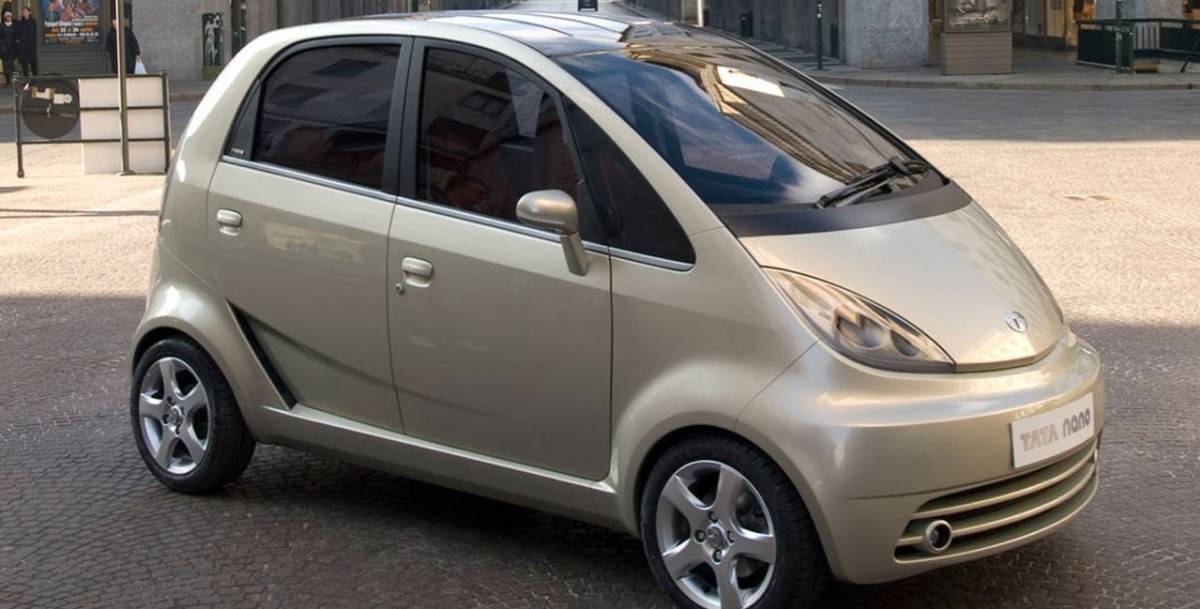 Hatchbacks make up the largest segment of vehicles in India. They sold more than 2.5 million Maruti 800 vehicles since its launch in 1983. Starting in 2004, the Maruti 800 was overtaken by the Maruti Alto to be the highest selling automobile. Then, in 2009, Tata Motors released their Nano hatchback as the least expensive road-ready vehicle in the world.

Throughout the world, you’ll find numerous designations of hatchbacks.

Japan implemented the use of ultracompact cars in 2012 to transport tourists and residents. Ultracompact vehicles are smaller than minicars and have an engine size greater than 50cc. There’s room to carry at least one other person, sometimes two.

City cars are smaller automobiles designed to be used in urban areas. They are different from a microcar because they have more speed, capacity, and occupant safety. City cars do reach highway speeds, but that’s not their main purpose. Japan calls city cars, Kei cars instead. They must meet a strict engine requirement and size. The length must be less than 133.85 inches and the engine can’t have more than a 660 cc motor.

If, however, the hatchback does not have a sedan counterpart and was designed from the ground up as a compact hatchback,  it could be argued that due to its compact nature, there’s a greater risk for leg and head injuries in more cramped quarters with a full load of passengers. In any official capacity, there seems to be no studies leaning in favor of either body style, so the conclusion would have to be that hatchbacks are just as safe as sedans.

In North America, they are called subcompact cars, but in the UK, they’re referred to as a supermini. These cars feature three to five doors and take on the estate shape. They often fit four people comfortably and measure about 153.5 inches long. Europe doesn’t have many sedan variants available. In addition, the North American market tends to price these higher than the sedan counterparts. 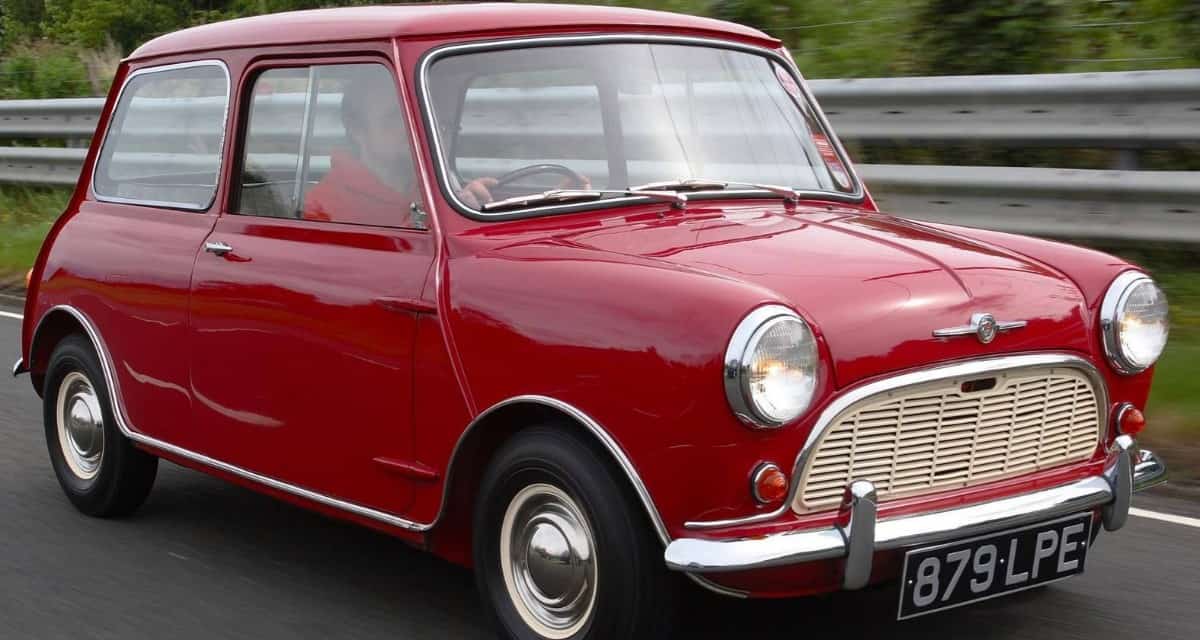 The first superminis in Europe were the 1957 Fiat 500 and the 1959 Austin Mini. Superminis make up some of the best-selling automobiles in Europe, clinging to about 25% of the market share.

In the Australian market, there’s a distinction between light cars and small cars. As the sizes increases, the light car category has nearly disappeared.

2 – Because hatchbacks have higher rooflines than many sedans, they haul bulky items with ease.

3 – A hatchback tends to sit more upright than the sedan counterparts which means there’s more glass involved. Because of this design, there’s an increase in visibility.

4 – Hatchbacks tend to weigh more than sedans. There are additional body structures, glass, plus the tailgate to factor in. This could be anywhere from a few extra pounds up to 100 or more.

5 – Hatchback vehicles tend to be easier to maneuver than a larger car.

Why are hatchbacks more expensive than sedans? Simply put, there’s more metal and therefore more engineering involved in designing and producing a hatchback. Sometimes this can lead to unique logistical issues, but it also stands to reason that due to demand, manufacturers can expect to sell fewer hatchbacks (especially in the US) than sedans, so they get to charge more.

Why are hatchbacks better than sedans? Hatchbacks offer more cargo space while typically being as or more compact than their sedan counterparts. Think of it like this: the trunk of your Ford Focus just grew in height to match the height of your roof and there’s no longer a divider stealing your storage space. Also, you can fold the seats down now.

Thanks to the increased roof height, there’s also more rear passenger headroom, and thanks to the nifty blindspot windows where your c-pillars used to be and a less steeply-angled rear window that has an actual wiper on it now, you can make much better use of your rear visibility!

Are hatchbacks girly? Are hatchbacks ugly? Hatchbacks are some of the most stylish vehicles on the market and with a growing demand for crossovers, it seems that people are starting to appreciate this fact. While in the past it seemed that all of the wagons being offered in the industry were large and boxy and cumbersome, we’re seeing an emergence in the hot hatch arena which is lending itself to sexier styling cues throughout the industry lineup.

It really just depends on personal preference at the end of the day, but I don’t know of anyone these days that would seriously consider a hatchback to be girly or ugly; at least, these opinions would be reserved to more specific models rather than the entire realm of hatchbacks.