Hybrid vehicles use two varying types of power, usually an internal combustion engine and electric generator. The basis of using a hybrid car is that different power sources operate more efficiently at different speeds. Having the ability to switch between the two means greater fuel efficiency and performance.

How Do Hybrid Cars Work?

Hybrid vehicles use a combination of electric motors and small internal combustion engines in unison to achieve superior gas mileage to a solely internal-combustion-engined counterpart. There are many different approaches to the way a hybrid system operates. Some vehicles use only electric power under 15 mph or light loads and kick in the combustion engine during heavy loads or heavy acceleration. Some factor in how far the accelerator pedal is depressed when accelerating to determine whether or not to include the combustion engine while others go off of how quickly it was depressed.

The ace up the sleeve for hybrids is a power-split transmission. This combines the torque of the two motors for greater power. 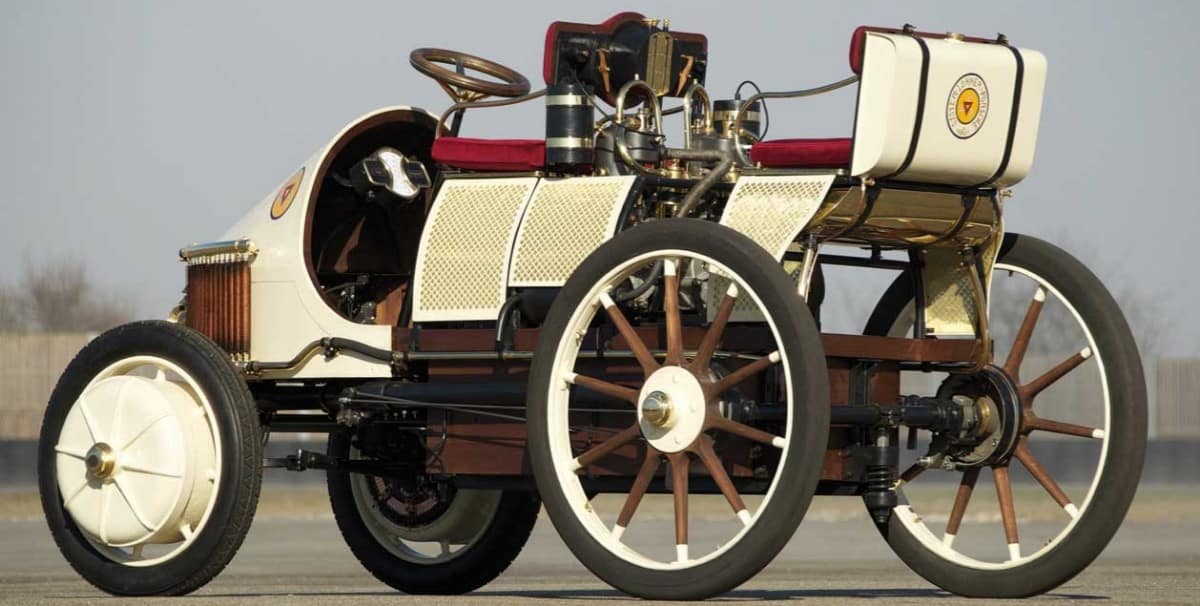 The first patent was filed by William H. Patton in 1889. His patent covered a gasoline-electric hybrid railcar propulsion system and then another hybrid boat propulsion system. In 1899, the first petrol-electric hybrid automobile was produced by Henri Pieper. Then, a year later, Ferdinand Porsche created a series-hybrid with a two motor-in-wheel hub arrangement. His hybrid set several speed records.

Beginning at the end of the 20th-century, hybrid technology became more popular. The first vehicle to be mass-produced was the Toyota Prius. It was launched in 1997 in Japan. That was followed by the Honda Insight. Then, the Prius made its worldwide appearance in 2000.

Since then, most automakers have joined in to produce their own hybrid vehicles. GM released the Saturn Vue Green Line, Tahoe hybrid, Yukon hybrid and Escalade hybrid, among others. Lexus created the GS sport sedan hybrid and Nissan unveiled their Altima version as well.

The Ford Fusion Hybrid was released in 2008 at the same time as the Honda Insight and Mercury Milan models. Other popular models in recent years include the Honda CR-Z hybrid, Hyundai Elantra LPI Hybrid, Mercedes-Benz S400 BlueHybrid, Toyota Auris Hybrid, Lincoln MKZ, Volkswagen Jetta, Toyota Prius c, Audi Q5, and Toyota Camry. While these were just a handful of the most prominent models, it’s important to note that hybrid vehicles are everywhere, offered by most manufacturers.

Are Hybrids Worth It?

This depends entirely on you. Most hybrids are not sporty or fun to drive, but they make great people movers and can be excellent for stretching your dollar if you do a lot of city driving or sitting in traffic. Hybrids feature lower emissions and are generally better for the environment, so if reducing your carbon footprint and polluting less is important to you, this is a good way to do it. On a more personal note, hybrids require less gas for greater distances traveled, which means you’ll be saving a lot of money each time you fill up!

While all of these may sound like bonuses, the ultimate answer is that you should do your research on the subject, because there are a lot of factors at play. Consider how long your commute is and your driving style. It’s also important to determine the cost you want to spend and what incentives are available. Buying a hybrid could either be a wise decision or a waste of money for you. If you don’t mind paying more up front for cheaper gas throughout the life of the car, go for it!

The longer you own your hybrid vehicle, the easier it will be to recoup your initial investment so whatever you do, make sure you’re in it for the long haul. It is worth noting, however, that fully-electric vehicles are getting more and more accessible every year. So, if you’re considering a hybrid, you might as well look into the option of an entirely electric vehicle. Then you’ll cash in on even bigger rebates. 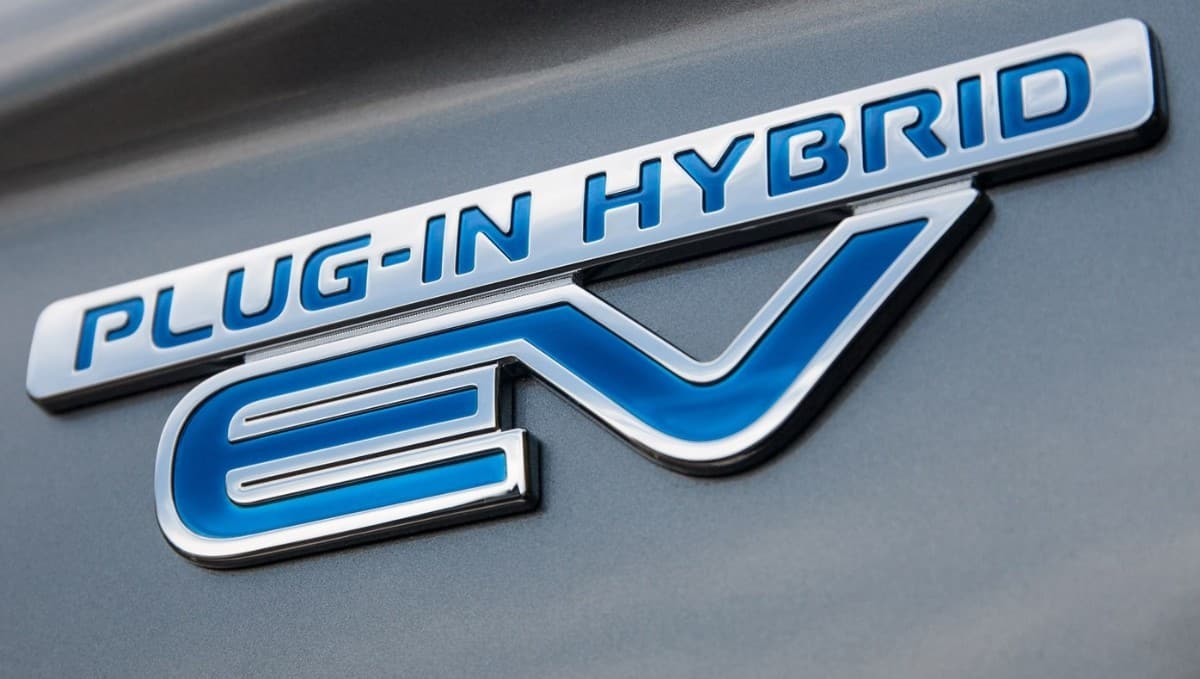 Hybrid vehicles also tend to have better aerodynamics which increases fuel economy as well. Many of them use low-rolling resistance tires to offer a smoother, quieter ride.

Many hybrid vehicle emissions are at or lower than the recommended level created by the EPA. They suggest that a typical passenger vehicle should measure 5.5 metric tons of CO2. Some models, including the Toyota Prius, go as low as 3.5 tons. In total, hybrids might reduce air emissions by up to 90% while cutting CO2 emissions in half.

Hybrids consume less fuel than typical cars, but there’s still concern over the damage done to the environment through the use of a car battery. Most modern hybrids use hybrid batteries that are nickel metal hydride or lithium-ion. Of the two, lithium-ion is least toxic. 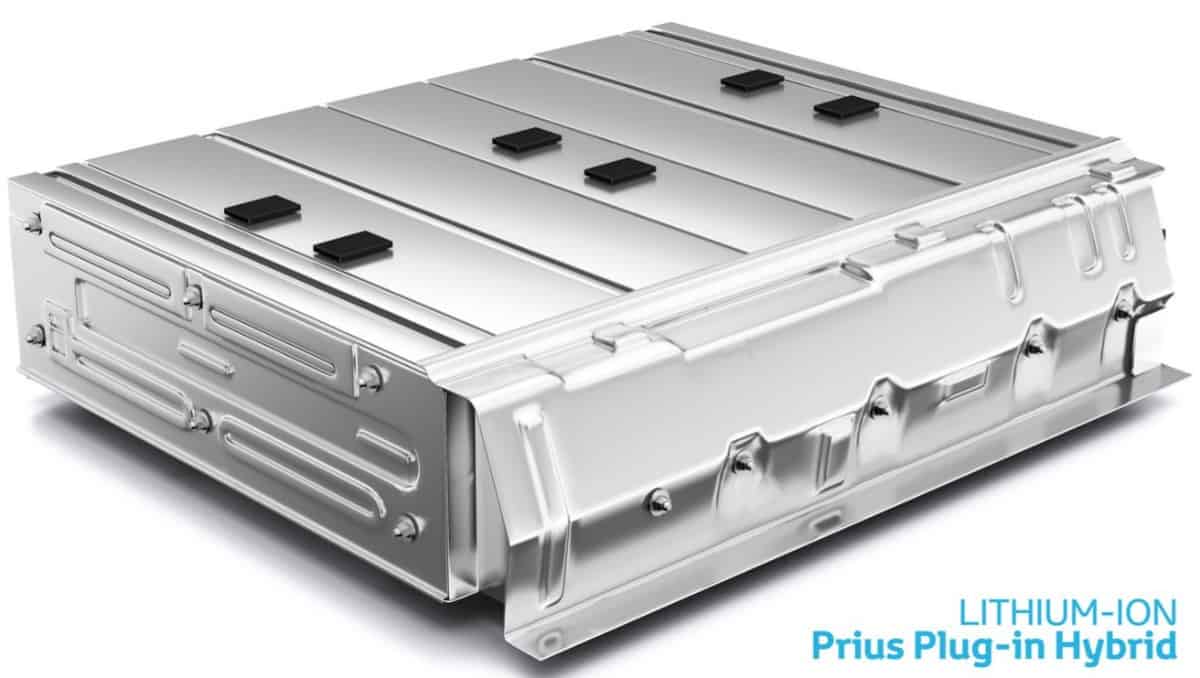 The lithium-ion battery delivers high performance while protecting the environment because of its improved charge efficiency. They produce three times as much of a charge of a nickel-metal hydride battery while storing massive amounts of electricity. They also provide higher output, higher efficiency, and result in long-term durability. With a lithium-ion battery, the weight is also reduced which further improves the fuel economy.

Electric motors reduce roadway noise in comparison to diesel or gasoline engines. This doesn’t prove to be beneficial for all people, however. In fact, visually impaired or blind people find the combustion engine noise helpful in navigating the streets. Because electric mode vehicles are difficult to hear when traveling below 20 mph, they pose a concern to pedestrians.

To alleviate this, new rules were enacted in 2018 by the NHTSA that asks all manufacturers to include a noise device on the hybrid and electric vehicles to produce sound. The hope in this change is that bicyclists and pedestrians will suffer from fewer accidents as a result of the lack of awareness. 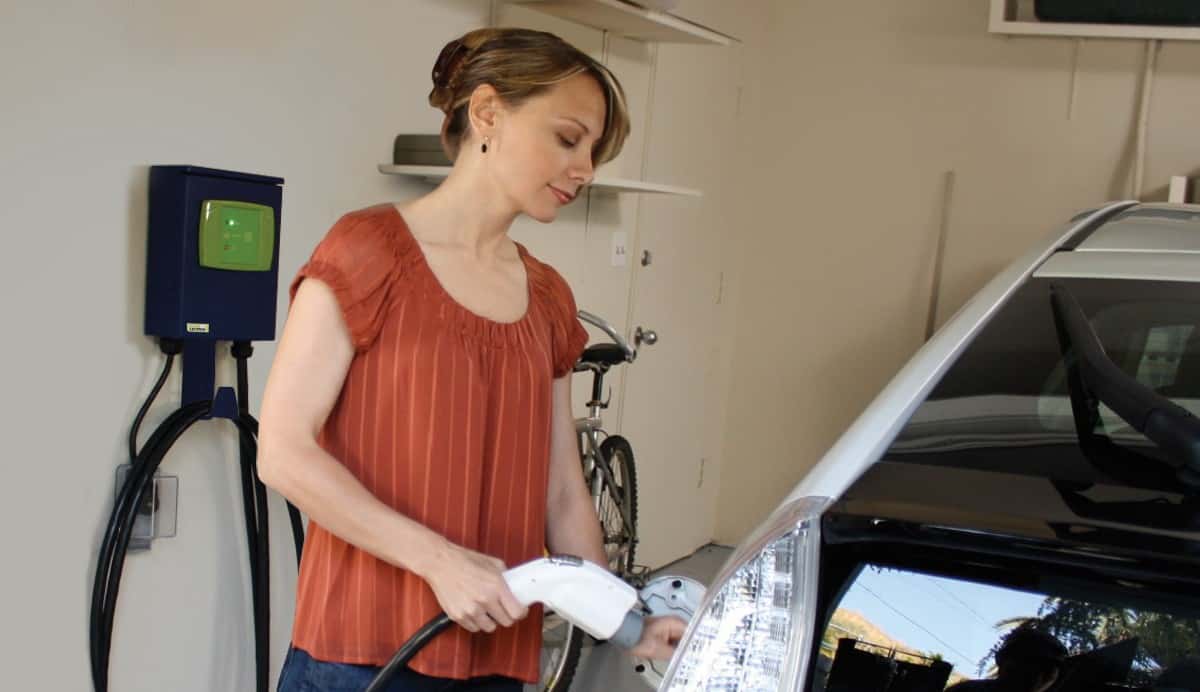 There are two varying levels of charging. The Level One charging is a slower method that utilizes a 120V single-phase outlet. Level Two charging is faster and uses a 240V outlet. Often it requires specialized equipment or a professionally installed connection.

A lithium-ion battery needs several hours to charge through a 120V household outlet, but only one to four hours through a 240V outlet. Quick charges take about 30 minutes and give the battery an 80% charge.

The three most important factors concerning charging include the distance per charge, how much it costs to charge, and the time it takes to complete a charge. To continue running on electric power, the car must brake in order to generate more electricity. As the vehicles accelerates or climbs an incline, electricity is discharged. In 2014, the average hybrid car ran around 100 miles per single charge.

There are several classifications regarding hybrid vehicles. 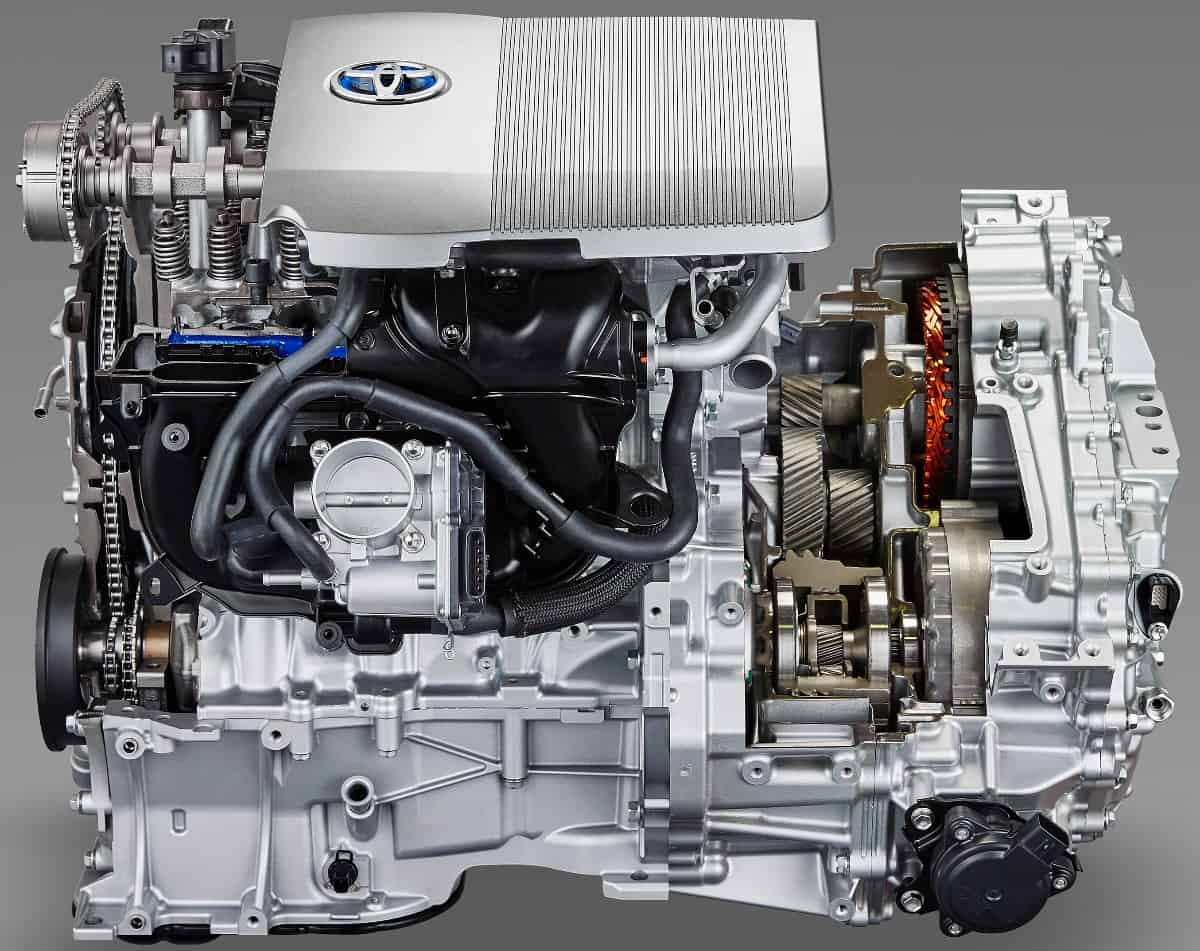 With a parallel hybrid, the electric motor and ICE are connected to a transmission. Together, they transmit power and drive the wheels. Often, the internal combustion engine acts as a generator and recharges the batteries.

The electric motor drives the vehicle while the ICE acts solely as a generator to recharge batteries. These often feature larger battery packs than the parallel counterparts, so they are more expensive. 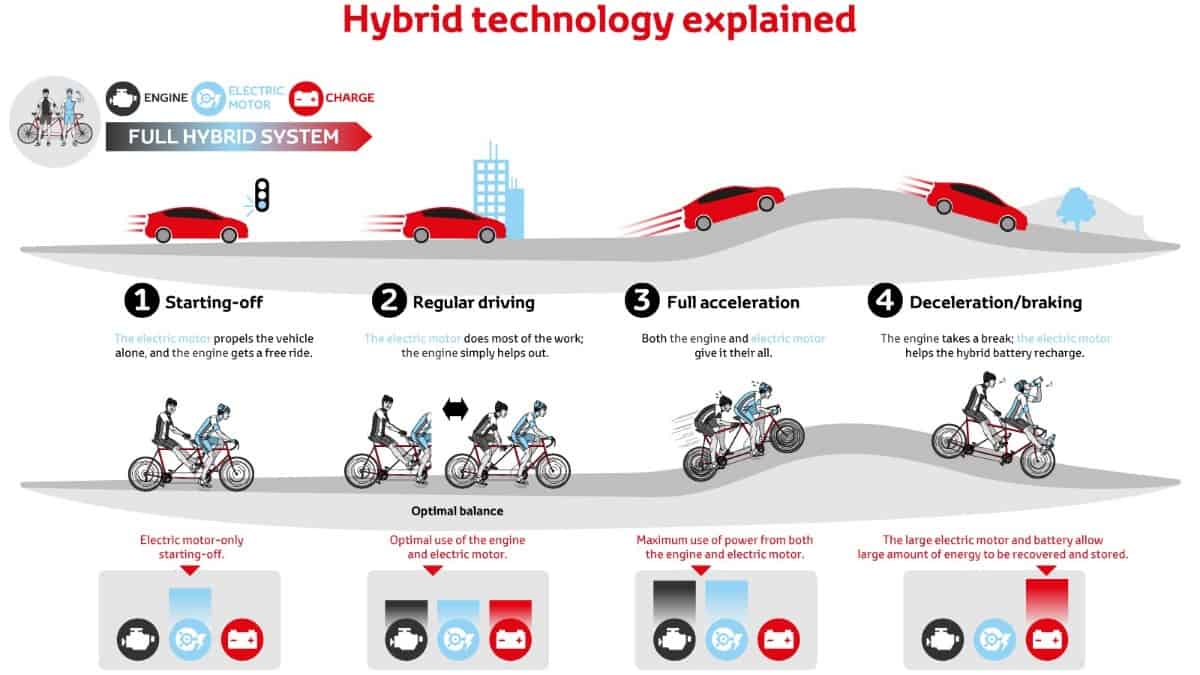 A full hybrid is also referred to as a strong hybrid. It runs on a combustion engine, electric motor, or a combination. During battery-only driving, a higher-capacity battery pack is required. These vehicles allow maximum flexibility to drive in the most economical way depending on the situation.

The mild hybrid cannot be driven just on the electric motor. That’s because there’s not enough power for this system to propel the vehicle. These cars have some features found in the technology and often offer decent fuel savings. It’s basically a traditional vehicle that features an oversize starter motor. This turns the engine off during braking, stopping, coasting, and allows for quick restarts. The cars have small batteries and a weak generator, allowing automakers to keep the weight and cost to a minimum.

Plug-in hybrids (PHEV) use rechargeable batteries that receive power by connecting the plug into a power source. The PHEV used technology from the conventional hybrid, plus the connection of an electric motor. PHEVs feature a longer range because of this setup and allow the driver to default to the combustion engine when the batteries are empty.

By the beginning of 2017, there had been over 12 million hybrid vehicles sold worldwide. In 2016, Japan was the market leader with more than five million sold. The second largest region was the United States with four million sales.

The leading automaker is Toyota Motor Company followed by Honda and Ford. Overall the Toyota Prius has been the top-selling hybrid of all-time.

With emission regulations becoming stricter, manufacturers are turning toward new technologies to propel their sports cars. One example of this is with the Porsche GT3 hybrid racing car. Besides the emission benefits, the immediate torque produced by an electric motor offers several performance benefits over the traditional ICE. Both the Porsche 919 and Audi R18 hybrid vehicles have been successful. They’ve both won the 24 Hours of Le Mans.

1 – The United States government supports owners by offering tax incentives. These rebates are for helping to protect the environment and given out annually.

2 – They don’t depreciate at the same rate as regular cars, making them a better investment. In addition, they often have a longer warranty term. You will spend about 15-25% more to purchase the vehicle, but that cost is regained with all the money-saving benefits.

3 – Overall, they cost less to repair than a traditional vehicle. As more mechanics become trained, that cost should continue to go lower.

4 – Insurance prices tend to be higher when compared to conventional cars. That’s because they’re worth more than the comparable gasoline model. This requires the insurance company to pay out more if the vehicle is totaled or stolen.

What does hybrid mean? Hybrid simply means that instead of using solely an internal combustion engine like most vehicles, the vehicle also utilizes the power of an electric motor under lighter loads or in unison with the combustion engine to maximize efficiency. Hybrids are typically much more fuel efficient. Because of this they can go much farther distances before requiring more gasoline.

Ultimately, hybrids are no less reliable than their internal combustion counterparts. In fact, they could even be more reliable in some cases. Hybrids use proven, low displacement high-efficiency reliable combustion engines that generally see fewer major issues throughout the life of the vehicle with routine maintenance. There are a lot of myths floating around that battery packs will wear out over time and will be extremely expensive to replace, but this is simply untrue.

Battery packs are generally designed to last the entire lifetime of the car. In fact, many manufacturers offer some pretty insane warranties on them. Some of them even last for the life of the vehicle. There are plenty of stories about hybrid cab drivers pushing a few hundred thousand miles with no serious issues thanks to routine maintenance.

Battery packs can usually be replaced for under $5,000. Considering how important it is to the vehicle, isn’t that bad of a deal. And with hybrid and EV technology advancing more and more every year, these parts are just getting more accessible and more affordable.