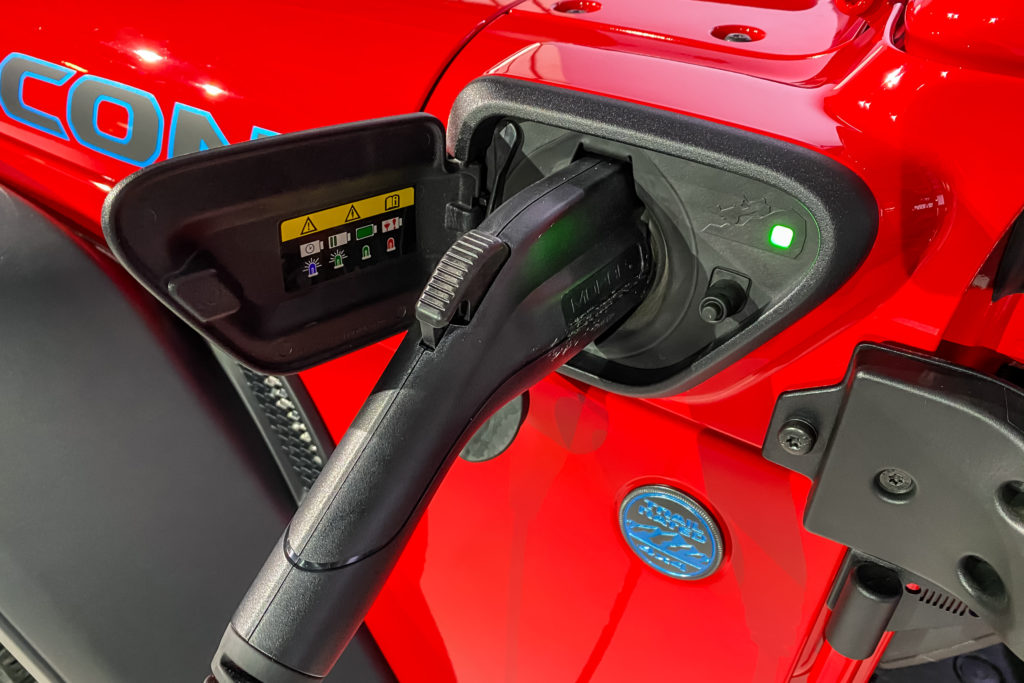 The new Jeep Wrangler 4xe is far exceeding initial sales expectations – with the plug-in hybrid electric version propelling the off-road brand’s iconic Wrangler model to an all-time sales record in May (Wrangler sales topped 25,000 for the month, with just over 20% of that being 4xe sales). The age of Jeep electrification is upon us!

While some of those sales may reflect pent-up demand for the PHEV’s launch, officials said they now expect demand to stay strong, boosted by early reviews of the Wrangler 4xe’s off-road capabilities and its estimated 21-mile range when operating solely on battery power. It helps that buyers get most of the $9,000 cost difference back through up to $7,500 in federal tax incentives. And because residuals are expected to be so high, leases on the 4xe currently run as much as $100 a month below the comparable gas model. 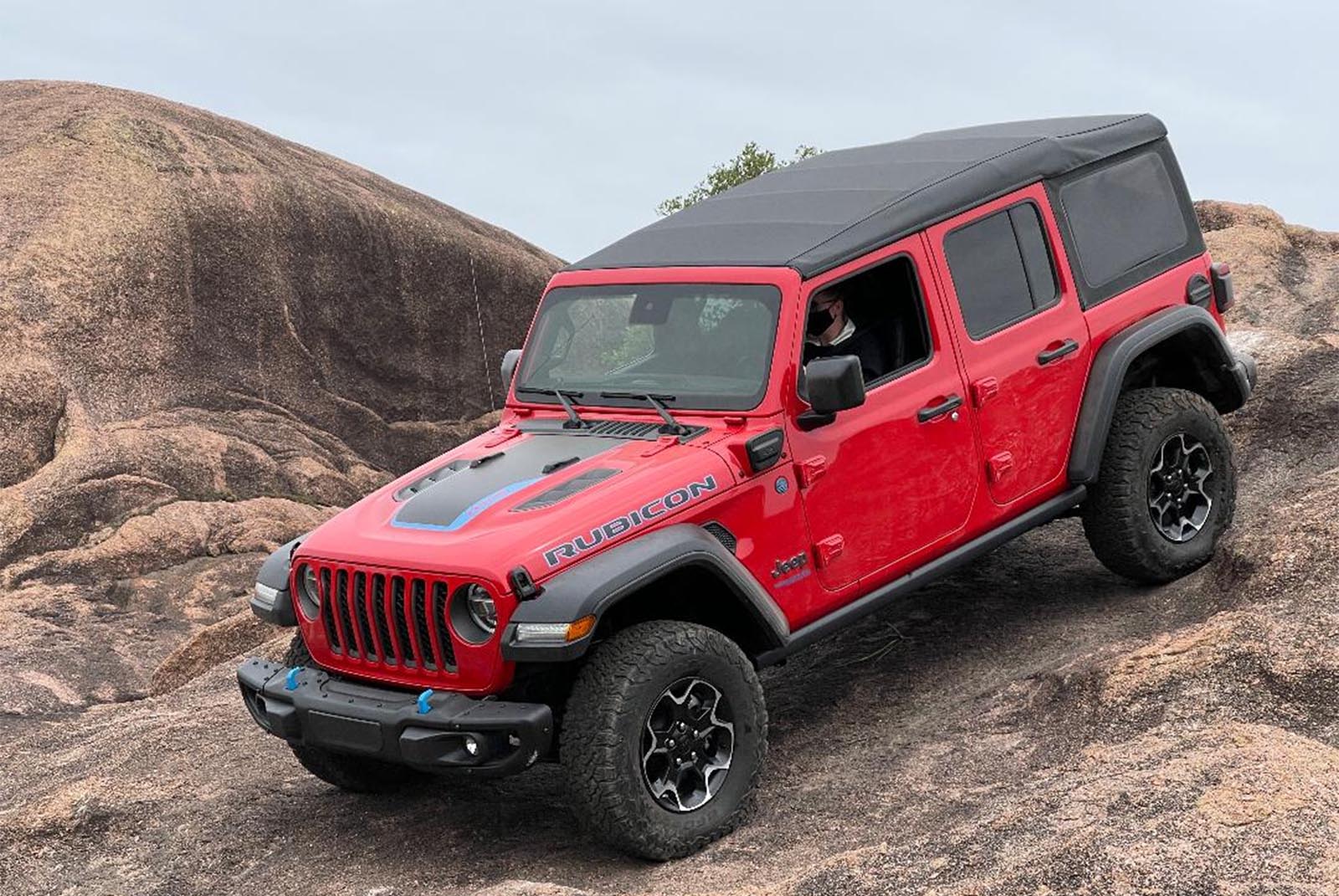 The Wrangler is the second plug-in model offered by what used to be Fiat Chrysler Automobiles – and which is now part of the new Stellantis, the world’s fourth-largest automaker by volume. But there are plenty more plug-in models coming. At least six battery-electric vehicles, or BEVs, are now in the design studios at the automaker’s technical center in suburban Detroit, along with additional PHEVs, various company officials have confirmed.

While, most of those insiders have asked for anonymity due to the sensitivity of future product programs, Jeep brand boss Jim Morrison confirmed that a plug-in hybrid version of the new, fifth-generation Grand Cherokee is set to join the line-up in the near future. He declined to discuss prospects for an all-electric Jeep, though that was something that others indicated will follow over the next several years.

“We’re going to be the greenest SUV brand on the planet,” Morrison boasted on Thursday, during a media drive of the new Jeep Grand Cherokee L. Whether the brand can live up to that claim is uncertain – Land Rover, for one, plans a major shift to plug-ins and BEVs over the coming decade – but it suggests the direction the Detroit automaker is taking will clearly be electric.

The Wrangler 4xe helps explain why – and the strong, initial demand for the Jeep PHEV appears to back up the strategy. 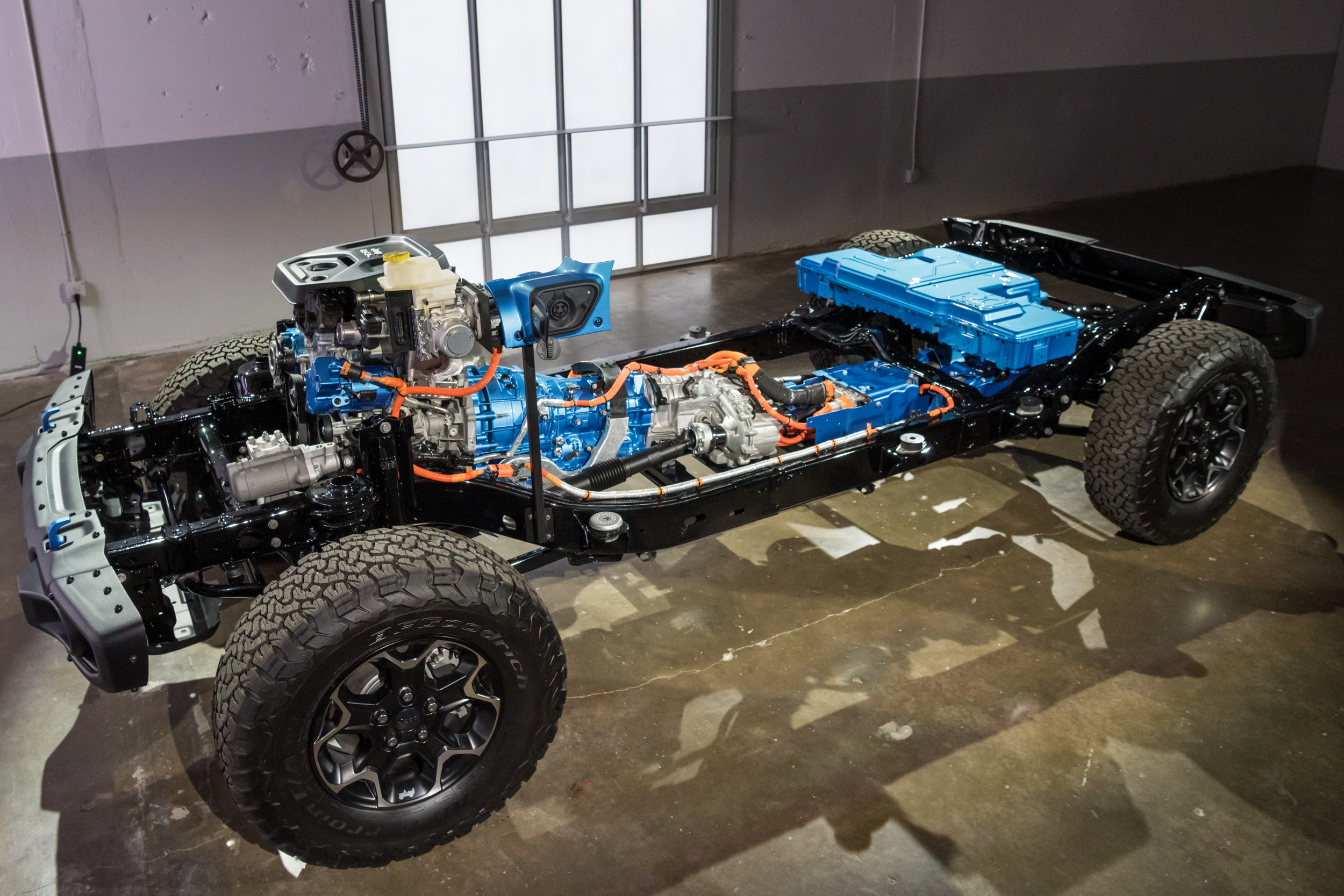 The 4xe starts out with the same, 2.0-liter inline-4 offered in conventional Wrangler models. But two electric motors are added, one replacing the starter/alternator and a second fitted into the 8-speed automatic transmission — which gives up its normal torque convertor. The “P2” motor in the transmission does most of the work.

All told, the Wrangler PHEV sees peak output jump to 375 hp and 470 lb.-ft. of torque. By itself, the turbo-4 engine gives conventional Wrangler models 270 hp and 295 lb.-ft. of torque. The added muscle kicks out 0-60 launch times of 6 seconds. The 4xe models retain the 3,500-pound tow ratings of Sahara and Rubicon models using the conventional 2.0-liter turbo drivetrain. But the plug-in system delivers a significant increase in the sort of low-speed grunt that can help off-roaders creep and climb their way across the roughest trails. 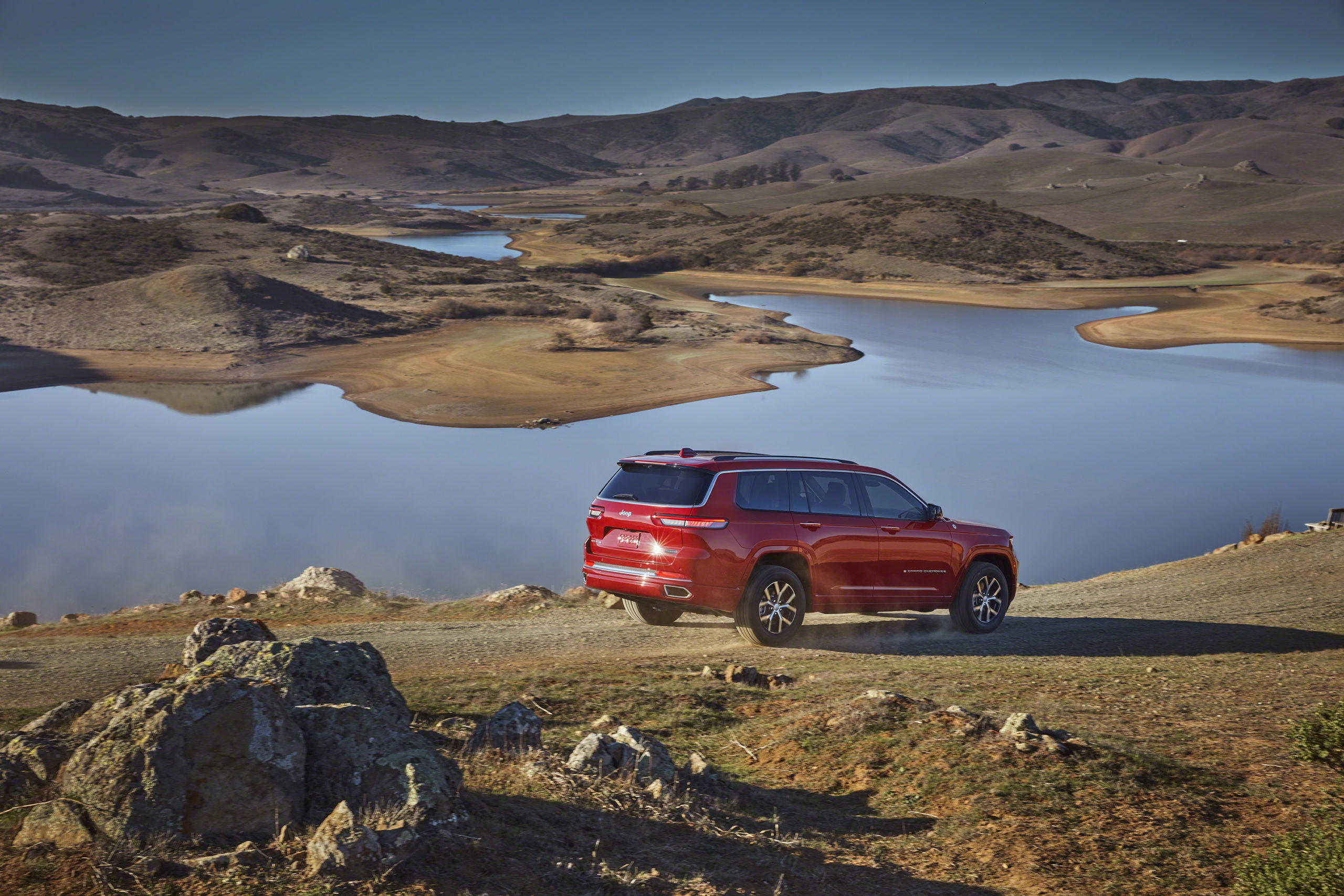 Details of the Grand Cherokee 4xe system have not been revealed. It’s unclear whether it will use the same powertrain as in the Wrangler or upgrade by electrifying one of the two engines offered in the 2022 Grand Cherokee: a 3.6L V6 and a 5.7L V8.

What’s clear is that the old Fiat Chrysler Automobiles is ramping up what was long seen as the least ambitious electrification program of any major automaker, particularly among Detroit’s Big Three.

When the all-electric Fiat 500e, the company’s first all-electric model, was introduced in 2017, former CEO Marchionne told potential customers, “I hope you don’t buy it because every time I sell one it costs me $14,000.” That reflected the difference between production costs and the 500e’s $32,650 base price.

Several factors are driving the shift, starting with declining costs for electrified drivetrains, along with increasing capabilities. The merger with PSA Group also helped, the French automaker one of the largest sellers of BEVs in Europe. FCA is watching its competitors embrace electrification at an increasing pace, Ford, for one, upping its development budget by roughly 250% over the last year. Tough new emissions and energy efficiency standards clearly play a role. And the strong demand for the Jeep 4xe is now giving added confidence to company planners.

Sources confirmed that among the all-electric models being developed, Dodge will get one that will more than rival the limited-run Challenger Demon it launched in 2017. That 840 hp monster could hit 60 in 2.3 seconds, but a senior official said this week that the upcoming battery muscle car “will be the fastest (Dodge) ever.” It could pose a real challenge to the new Tesla Model S Plaid which will hit 60 from a standstill, according to CEO Elon Musk, in under 2 seconds. 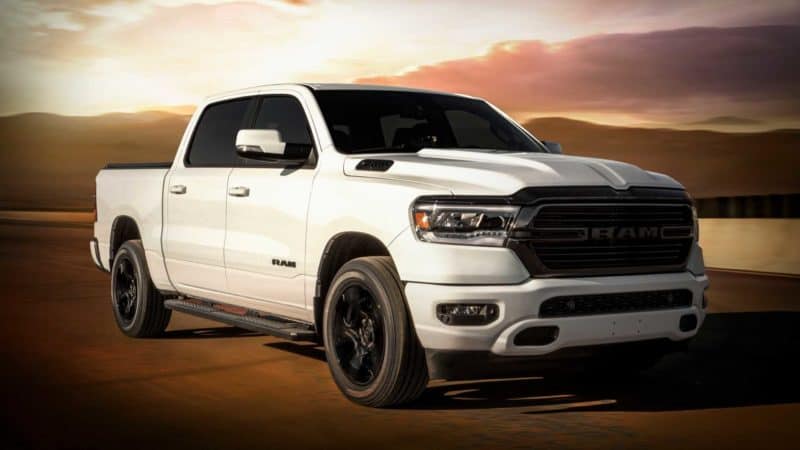 Add to the list an all-electric Ram 1500 pickup. The electric full and midsize truck segment is set to see explosive growth, with as many as 11 battery-powered pickups coming from conventional automakers – Ford with the F-150 Lightning, GMC with the Hummer EV, and Chevrolet with an electric Silverado – as well as upstarts like the Tesla Cybertruck and Rivian R1T.

The aggressive shift by the old FCA “is something I would expect as part of Stellantis,” said Abuelsamid, principal auto analyst at Guidehouse Insights.

It may take time to change the company’s image, acknowledged one senior executive, but, as part of Stellantis, the old FCA is clearly intent on playing a fast game of catch-up in the battery car space.

Build out your own Jeep Wrangler 4xe PHEV on Jeep.com. You might have to wait a while to get one though, as sales are hot!