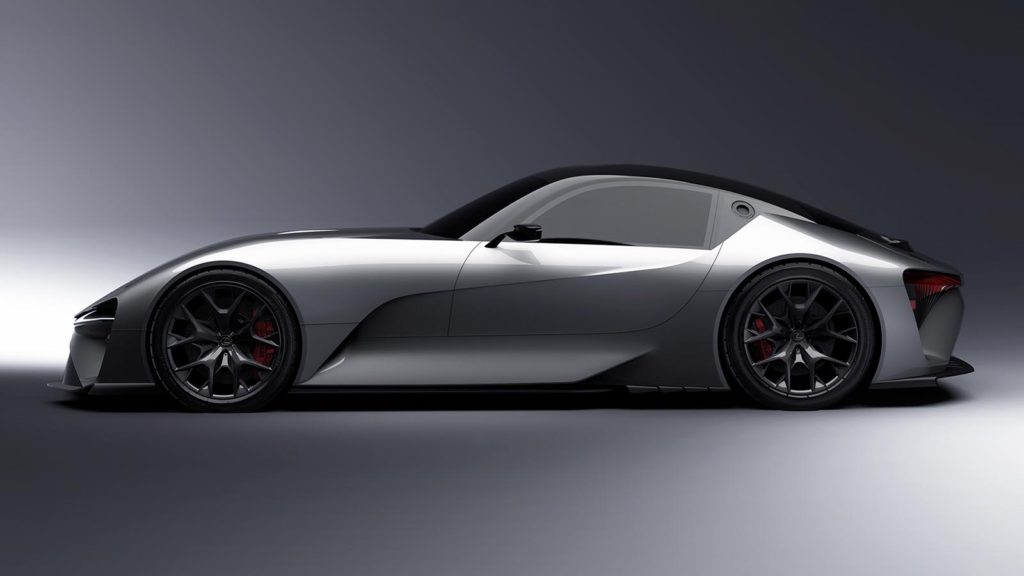 After a slow start, Toyota is ramping up its battery-electric vehicle program and is offering a closer look at four BEV models it plans to introduce through its high-line Lexus brand.

Until now, it’s offered few details about what’s in store for the luxury brand beyond the RZ crossover it confirmed in December. While details are still in short supply, it seems that a 2-seat Lexus sports car will give Tesla’s planned Roadster a good run for the money. 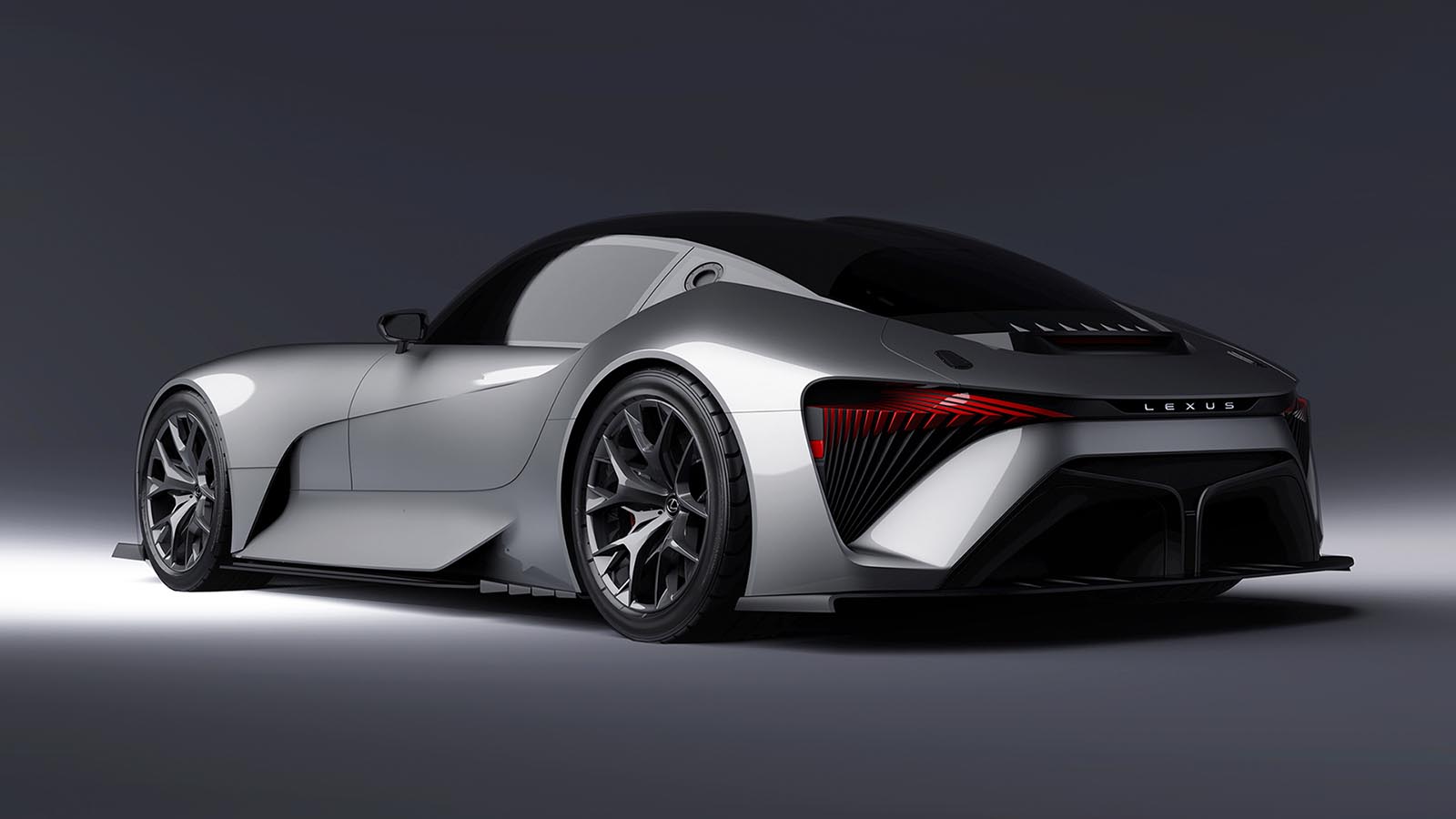 The unnamed BEV Sport model is meant to “reviv(e) the spirit of the iconic Lexus LFA” supercar, the automaker said in its news release. Expect it to deliver 0-60 times “in the low two-second range and the cruising distance could exceed 430 miles, thanks to the possible use of solid-state batteries.”

Lexus, like the sibling Toyota brand, was a pioneer in hybrid technology, starting out with its original gas-electric GS model. But it is only now getting ready to go fully electric.

During a webcast in December, Toyota Motor Corp. CEO Akio Toyoda offered insight into the company’s electrification plans. The grandson of Toyota’s founder showed off an assortment of new battery-electric models, including four from Lexus.

The first model to market will be the 2023 Lexus RZ which shares much of its underpinnings with the Toyota bZ4X which also is coming to market later this year. That starts with the new e-TNGA platform, a skateboard-like architecture that places its motors and battery pack below the load floor. It was developed in cooperation with Subaru – the smaller Japanese automaker using the e-TNGA for its own Solterra battery-electric vehicle.

The platform is expected to underpin the other BEVs Lexus is showing off, starting with the new sports car. The design bears a resemblance to the old LFA supercar, though it has gone through a number of tweaks to make it even more aerodynamic. There is no grille up front. That’s no longer needed since there’s no engine under the long hood. 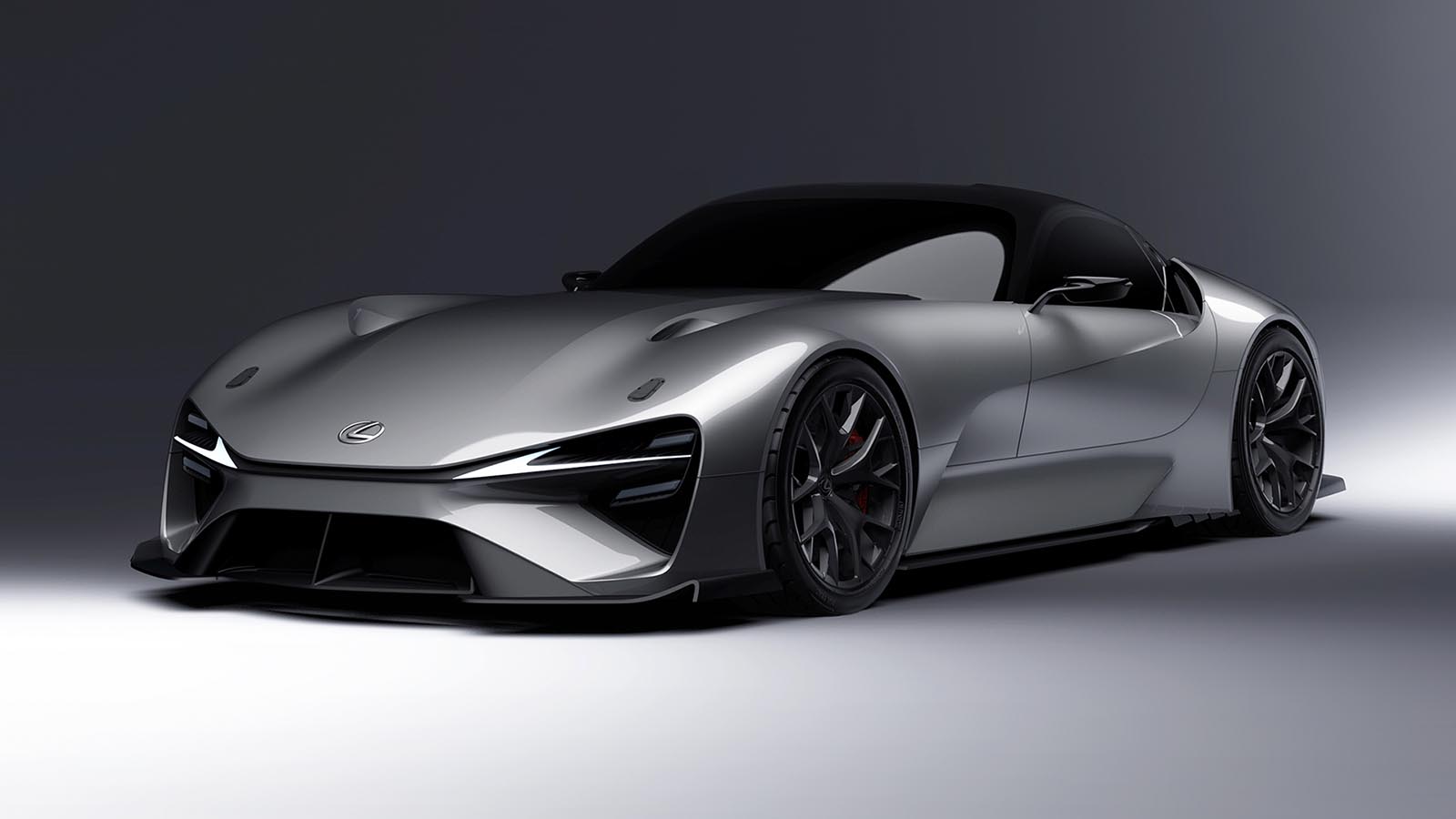 Low-mounted intakes on the nose appear to direct air to the front wheels to reduce turbulence and could also help cool the 2-seater’s motors and battery pack.

There are several unusual features. The sports car has no rear window and would likely use one of the camera mirror systems that have become increasingly popular. Meanwhile, it gets an S-shaped character line that rises from the front rocker panel through the door panels and up towards the roofline. What appears to be a high-mounted intake at the peak may help direct more air in to cool the sports car’s battery pack and motors during high-speed runs.

While we’ll have to wait for more information about the drivetrain, the level of performance Lexus has teased would suggest it features at least two, and quite likely, three or more motors. That would also make it all-wheel-drive.

Another interesting tidbit Lexus let out is the fact that the sports car might use solid-state batteries. The technology could revolutionize battery vehicles by delivering significantly more power, while being smaller and lighter-weight batteries and able to charge faster than today’s lithium-ion technology. They’re also expected to be significantly cheaper.

Solid-state technology is just beginning to roll out of the research lab, several automakers now running real-world pilot tests. Last month, Toyota said it plans to put the breakthrough batteries into a hybrid model coming in 2024. That would suggest that the new sports car won’t see production until 2025, at the earliest.

As for the two other models Toyota teased on Monday:

The RZ coming this year will be the size of the current Lexus NX. The second crossover appears to be closer to the popular RX. It features more squared-off lines and, like the gas-powered RX, might be offered in a three-row configuration. With its battery pack below the floor, it could offer a near full-size interior.

Lexus, like its mainstream sibling, has downsized its sedan line-up but plans to remain in the segment. The four-door battery-electric prototype picks up on some of the aggressive design cues found in the Lexus sports car, including its rising character line, a sweeping roofline and bulging rear wheel wells. Like the two SUVs, it should offer class size-above cabin space.

While the Toyota brand will continue offering a mix of hybrids, plug-in hybrids, and pure battery-electric vehicles for the foreseeable future, CEO Toyoda said last December that Lexus will migrate to pure BEV technology much more quickly. It will go 100% electric in the North American, Chinese, and European markets by 2030, and in the rest of the world by 2035.