Minivans are called many different names. In Britain, they’re referred to as people carriers, but some cultures also refer to them as an MPV (multi-purpose vehicle). An even smaller version of a minivan might be called a mini MPV or compact MPV as well.

A minivan contains a high-roof design, normally has four or five doors with a hatchback. The mid-size platform combined with the mechanics and engine type lead to decent fuel economy and a car-like ride. Minivans are built on a unibody construction with all-wheel or front-wheel drive. There are typically two to three rows of seats for maximum passenger comfort. Some vans even allow seats to be reconfigured or removed completely to allow for additional cargo room.

For the North American culture, minivan refers to the comparison between the full-size vans such as a Chevrolet Express or Ford E-Series. While the full-size van receives their underpinnings from a truck, the minivans use passenger car or compact truck designs.

One of the first predecessors included the 1936 Stout Scarab. This van featured second-row seating and a removable table. The seats turned 180 degrees to the rear as well. Then, from 1949 through 1962, the DKW Schnellaster was manufactured. It had many of the same qualities as today’s minivans do. 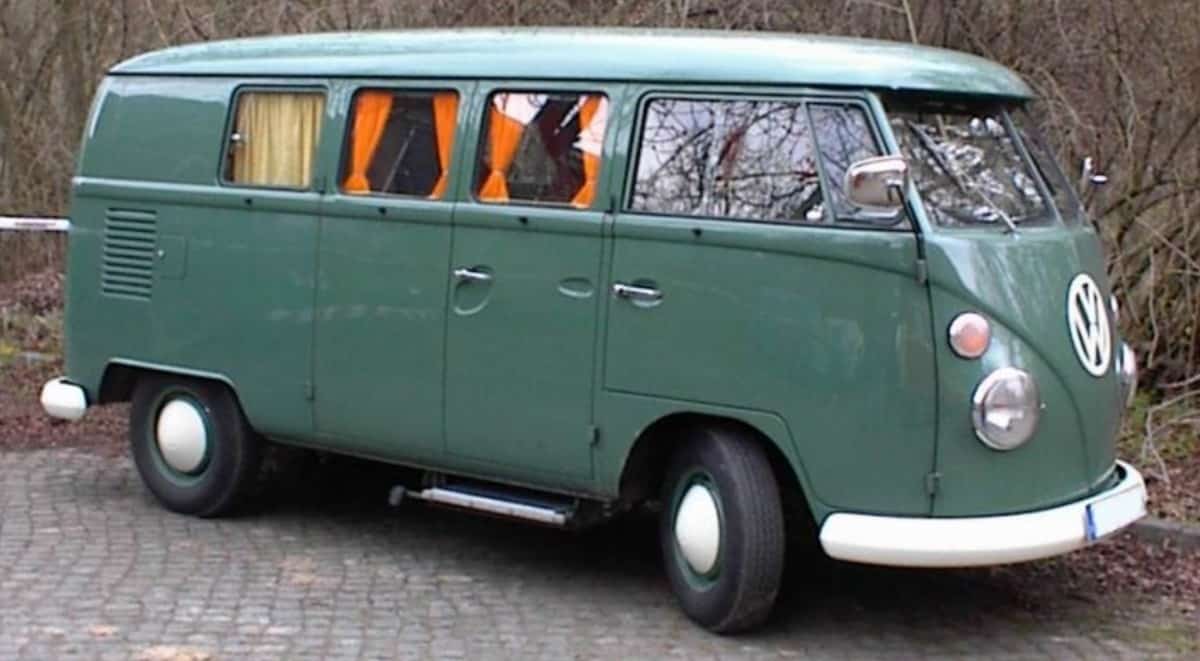 In 1950, VW produced the Type 2 which was a bus-shaped design. They put a sliding door on it in 1968 which was a first in the industry. This van had some of the well-known features that later became part of a minivan design: three rows of seats, compact length, hinged-tailgate, built on a passenger car base, and the top of a station wagon.

In 1972, Ford built the Carousel which was a variant of the Ford E-Series. The hopes were to fit this van into the typical American garage by giving it a six-foot-tall roofline. They added trim like a station wagon to move away from the cargo carrier mentality. The Carousel was designed to haul families but was never officially produced. When the fuel crisis hit, Ford faced financial difficulties and decided not to manufacture it at the time. Later, the concept was the basis for the Ford Aerostar.

Chrysler set out to design a compact, affordable van during the late 1970s. They wanted something that handled like a car but had room for a family. In 1983, they developed the front-wheel-drive Plymouth Voyager and Dodge Caravan.

Also in the 1970s, Chrysler UK began a project on the Renault Espace. It later reached Matra, a French manufacturer who took the concept to Renault for production.

Worldwide Use of Minivans

Minivans are popular in Asia. In fact, the Japanese have used the Mazda Bongo since back in 1966. They’ve added recent vans such as the Honda Odyssey, Nissan Serena, Toyota Previa, and Toyota Alphard.

The South Korean market uses both the SsangYong Rodius and the Kia Carnival; both of which are also marketed across the world. As far as China goes, they produce and sell the Buick GL8 through SAIC-GM, which is a joint venture with GM.

In Malaysia, Perodue and Proton Holdings sell MPVs since 2009.

During the 1984 year, Chrysler minivans took off with astounding success. American families quickly replaced their station wagon models for minivans. At the end of the decade, they released extended-length vans. They also released their Chrysler Town & Country in 1990.

In 2017, the Chrysler Pacifica replaced the beloved Town and Country lineup.

During the end of the 1970s, VW replaced their Type 2 with the Transporter T2, otherwise known as a Caravelle. In North America, this van was labeled the Vanagon. Then, in 1984, the release of the Renault Espace occurred which went on to become one of the most successful in the market. During the 1980s, many American minivans were also exported to Europe including the Ford Aerostar and Chrysler Voyager.

The 1990s brought many joint ventures between the automakers. In 1995, VW and Ford worked together to release the Volkswagen Sharan and Ford Galaxy. Some of the market’s most popular models include the Mercedes-Benz Vito, Voyager, Kia Carnival, and Volkswagen Sharan.

Difference Between Minivans and MPVs

Nearing the end of the 1990s, towards the early 2000s, many of the European automakers launched MPVs. These represented minivans with smaller dimensions and allowed them to be compact. 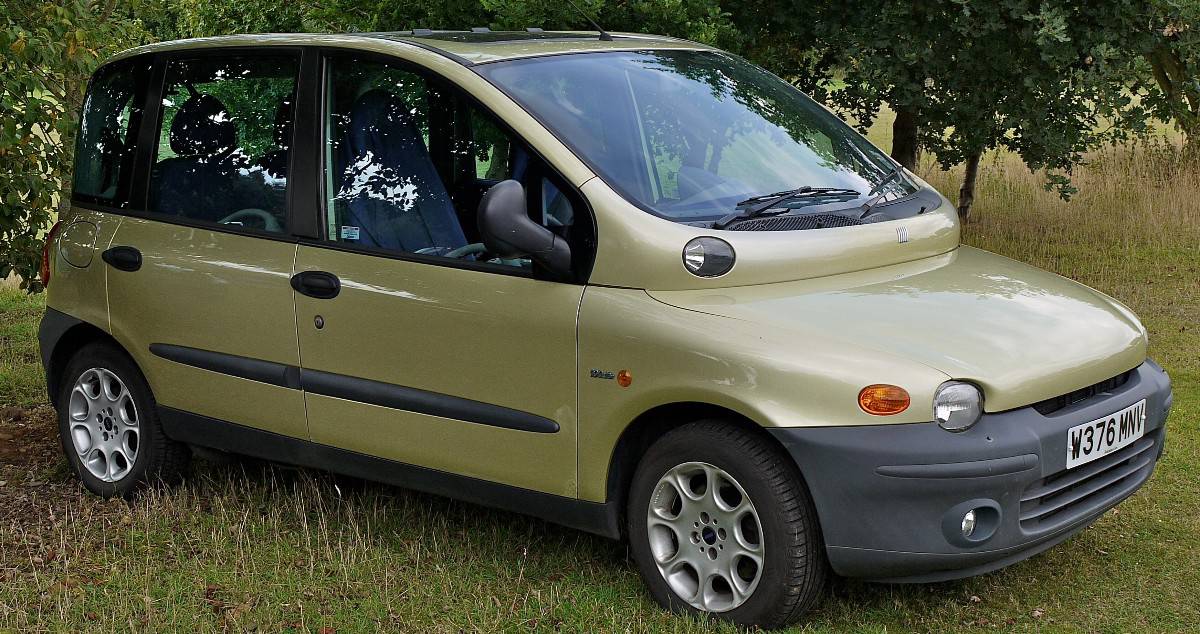 The first MPV was a 1996 Renault Mégane Scénic. It had many of the same features from a Renault Mégane compact car, but on a larger scale. Other models followed behind such as the 1998 Fiat Multipla and the 1999 Citroën Xsara Picasso. Later, the Ford Focus C-Max launched which was based on the Ford Focus concept vehicle.

The South Korean and Japanese automakers replicated these MPVs. Toyota released their 1997 Corolla Versa, which was based on the Corolla. Then, Nissan produced the 2000 Almera Tino, built from the Almera compact vehicle. Honda joined in with an FR-V and Mitsubishi released the Space Runner.

As the demand for MPVs grew, the industry continued to produce smaller versions including the Nissan Note, Renault Modus, Fiat Idea, Open Meriva, plus the Fiat 500L.

The compact MPV is a classification used mainly in Europe to designate a smaller, family vehicle. These fit in between the regular MPV and mini MPV segment. Sometimes, the term space wagon is used in Japan to talk about this line of vehicles.

Compact MPVs tend to have more flexibility than some other styles. Some feature folding or removable seats for additional space. In addition, the shorter bonnet sits the passengers upright allowing for extra interior room.

Most compact MPVs are found in Europe, but you’ll see a few in Asia and Latin America as well. The only compact MPV known to the United States was the Ford C-Max.

Most compact MPVs feature five or seven seats. The back row is often smaller than all the others, and usually only holds children. Some compact MPVs also feature off-road capability. Examples of these include the Volkswagen CrossGolf, Seat Altea Freetrack, and Renault Scénic Conquest. Sometimes, these vehicles also share a platform or mechanical elements with a compact SUV.

While minivans were once a popular thing in America, they haven’t been purchased as much recently. Much of that has to do with the increasing interest in SUVs and Crossover vehicles. In fact, in 2017, there were 12.4% fewer minivan sales than there were in 2016.

Only one minivan during that year grew their sales figures and it was the Chrysler Pacifica. In fact, they had a record year in 2017. Fiat Chrysler boasted 50% of the entire minivan market for the year between the outgoing Chrysler Town & Country, Pacifica, and Grand Caravan sales.

Other popular vehicles were the Honda Odyssey, Toyota Sienna, and Kia Sedona. The best-selling van from all the years was the Volkswagen Type 2. It started production in 1955 and sold more than 12 million units during the six generation run. The second-generation T2 was sold during 46 years, from 1967 until 2013, making it the longest production of any van. In addition, it is the second-longest production from Volkswagen, other than their Type 1 Beetle.

When searching for a family car, most people run into a dilemma of deciding between a minivan and SUV. Both tend to offer three rows of seats and tons of family-friendly features. Today, more people are turning to crossovers instead of these two traditional classifications.

The best way to decide which vehicle is right is to look at the characteristics of them all. Most minivans feature:

On the other hand, many SUVs and crossovers come with this set of features:

While many people conclude that minivans are the ultimate family vehicle, many modern parents are opting for SUVs or crossovers instead. The truck-based SUV helps the family to be more adventurous while the CUV allows for a smoother, more car-like drive. Each of these is also capable of towing which makes them ideal for active families.

Fun Facts about the Minivan

1 – In some countries, vans must have windows around the entire body. This prevents the people from using the minivan for illegal or criminal purposes.

2 – It’s often easier to get eight people inside a minivan than an SUV. That’s why they’re referred to as the ultimate people movers. Trying to get into the back seat of an SUV can often prove to be difficult.

3 – Minivans seem to get pulled over less and it might do wonders for your car insurance rates.

4 – Some minivans come with features such as an integrated vacuum cleaner, panoramic sunroof and more cupholders available than people.

Are minivans AWD? Families concerned about weather turn to AWD minivans for help. Thankfully, there are numerous options out there for the family on the go. Some of the best recent choices include the Toyota Sienna and Chrysler Pacifica. Of course, there are many crossovers and SUVs with all-wheel-drive that feature just as must passenger space.

Does Ford make minivans? They aren’t big in the minivan business but do have the Ford Transit Connect Wagon. It looks like an over-sized station wagon with plenty of seating and cargo room for a family on the move.

How many seats are in a minivan? One of the main reasons for purchasing a van is for the space it creates. Most minivans come with seven-passenger seating, although a few offer room for eight. These include the Toyota Sienna, Kia Sedona, and the Honda Odyssey.

What minivans have stow and go seating? A lot of minivans feature deep wells behind their third-row seats where you can fold the seats into when they aren’t in use. Chrysler and Dodge are best known for their Stow ‘n Go seating arrangement behind the van’s front seats as well.

Are minivans safe? Each manufacturer features different crash test ratings. It’s important to do your research with the IIHS before picking a new minivan to ensure that your family will remain safe in the event of a crash.

Are minivans reliable? The majority of minivans from the top automakers have been reliable in studies. Some of the best include the Dodge Grand Caravan, Kia Sedona, Chrysler Pacifica, Honda Odyssey, and Toyota Sienna.