A sedan is a passenger vehicle that features the three-box configuration. It has A, B, and C-pillars plus separate compartments for the passengers, cargo, and engine. Inside the passenger compartment, there are two rows and plenty of space for adult travelers. Most cargo compartments are in the rear, except for the few rear-engine models.

The word sedan is derived from an Italian word, “sedia.” This often meant chair and originally came from the chair that was carried by two people. In Australia, Canada, New Zealand, and America it’s called a sedan, but in Britain and Ireland, they call it a saloon. 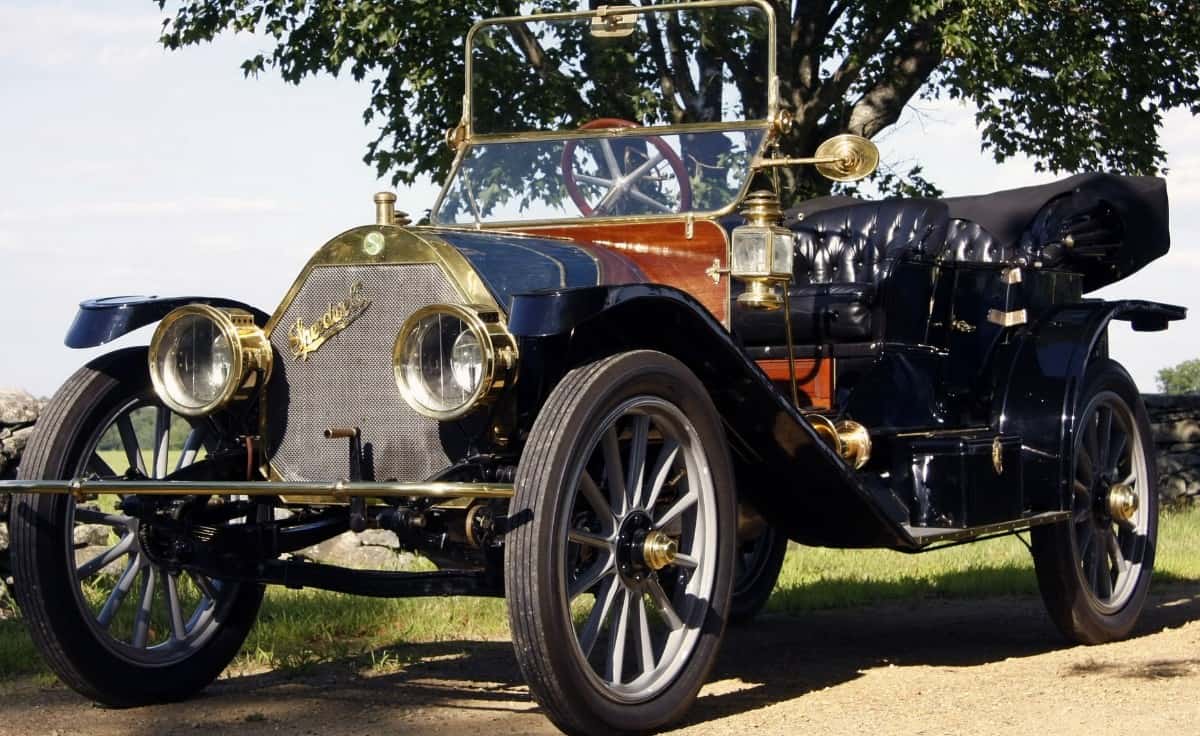 The first sedan was the 1899 Renault Voiturette Type B. Then, the first four-person car that was called a sedan was the 1911 Speedwell, made in Dayton, Ohio. Before then, all the four-door closed vehicles were called limousines or saloons. While there were some convertible sedans during the 1930s, all sedans remain fully closed today.

The name sedan is further broken down into numerous classifications. Their primary purpose is to transport cargo and passengers on the road.

This two- or four-door automobile is created on a standard chassis but features less interior space and a shorter roof. They were big during the 1920s through the 1950s. A Pullman passenger train was appointed from the design to offer smaller-cabin varieties of their models.

Fastback sedans feature the two-box design and a continuous slope moving from the roof to the trunk lid. Some sedans come close to having a one-box vehicle design because the windshield steeply rakes from the hood while the rear window slopes toward the end. This leaves a short, rear trunk lid. Fastback designs are good for aerodynamic purposes, but most automakers can’t afford the fuel consumption penalty that comes from the three-box design. A good example of this type of car is the 1941 Plymouth fastback sedan.

In this design, the sedan doors feature a frame around the windows, but there’s no “B” pillar to provide roof support. This allows for additional visibility but requires some extra strengthening of the underbody to provide structural rigidity. During the 1960s through the 1970s, American automakers sold hardtop sedans but marketed them as a sports sedan. A good example of this style is the 1958 AMC Ambassador four-door hardtop. In Japan, many luxury models of hardtop sedans were produced in the 1990s.

Limousine sedans feature a separate compartment between the passenger and driver sections. Most often, vehicles used for this purpose include a Lincoln Town Car, Mercedes-Benz, Cadillac, and Rolls-Royce.

Most of the time, this class of vehicle is used during business meetings, weddings, airport transportation, and sightseeing. Chauffeured sedans might be run by private owners, corporations, or rental services. Some of these can be stretched to allow a capacity of up to twenty people at a time.

This design disappeared from the American market following World War II. The four-windowed sedan had a trunk that was separate from the vehicle. They were lightweight but more expensive. The rear passengers sat over the differential, so there was room for a wider trunk, but the passengers were more cramped. Ford created a version of it in the 1930s called the Victoria.

In the Illustrated Dictionary of Automobile Styles, the sedanet refers to a smaller sedan body. During the 1930s, Cadillac had a Fleetwood Four-passenger Sedanette and Cabriolet. In the 1940s, both Cadillac and Buick offered Sedanettes as well. The 1956 Studebaker catalogue also listed a two-door sedanet, that wasn’t a fastback.

Most of the time, all-wheel drive is an offering reserved for more premium manufacturers. Generally, Mercedes, Audi, BMW, Tesla, and Alfa Romeo offer some AWD platforms. The majority of other sedans tend to be front-wheel drive variants.

The sports sedan, or otherwise referred to as a sports saloon, is the term loosely given to any sedan that features higher performance. The name came to be during the 1930s and grew in popularity. During the 1960s, automakers created special versions of their cars which allowed them to compete in motor races. Some of the earliest examples of these include the Lotus Cortina, Triumph Dolomite, Renault R8 Gordini, and Alfa Romeo 1900.

Many of the older sports sedans featured rear-wheel-drive and a manual transmission. As other options became more widespread, this has changed.

In North America, the import automakers used the term to define their luxury sedans. Mercedes-Benz, Audi, and BMW all marketed their vehicles as sports sedans so they would receive a higher priority level than the domestic options. Since the 2000s, American automakers began producing some sports sedans as well, such as the Lincoln LS and Cadillac CTS.

Sometimes, the term muscle car is given to a sports sedan, but they generally related more often to a two-door American V8.

The bestselling sedan of all-time is the Chevrolet Impala. It’s been in production since 1958, with a few breaks in between. Through 1996, they had sold more than 13 million Impalas. In fact, it was also the bestselling car in a single year with more than a million sold in 1965.

Cost of Owning a Sedan

Overall, sedans are relatively cheap to own. That factors in the price of purchase, which tends to be less than a comparable coupe. It also relates to the cost of repairs and insurance. Of course, several factors might make these prices rise, but in general, sedans are one of the most economical vehicles to own.

1 – In recent years, the Mitsubishi Mirage G4 sedan earned a reputation as being one of the slowest. This four-door vehicle was powered by a 1.2-liter three-cylinder engine that produced just 78 horsepower. In fact, it took 12.8 seconds before this car could reach 60 mph.

3 – In 2017, the BMW M5 sedan broke the record for the Greatest Distance Vehicle Drift. It traveled sideways for 232.5 miles over the course of eight hours.

4 – Shoving people into a car is a thing. In 1984, 42 people crammed themselves inside of a Jaguar XJ6 located in Jacksonville to take the world record.

Are sedans dead? Are sedans disappearing? While the nuclear sedan appears to be being slowly replaced by more and more hatchbacks and crossovers, we firmly believe there will always be a market for them. There are plenty of people who prefer sedans or find that paying for a crossover or SUV is out of the question. Those people also tend to feel a hatchback might be too small. If there wasn’t a market for it, manufacturers wouldn’t still be making them.

The Honda Civic and the Toyota Camry have been industry leaders for decades. These cars continue to sell at maddening rates. The market demand, while it may be slowing down gradually, will likely never disappear for vehicles like these. We will certainly continue to see a rise in CUV/Crossover popularity, as they are simply more practical than their sedan counterparts.

What sedans hold their value? If you’re looking for a sedan that will hold its value, the first piece of advice most people need to hear may also be surprising: don’t by American. While Japanese cars may be cast in a certain light of being cheap or made with plastics and subpar materials, the engineering behind these cars is far superior and will go further than almost any American car with fewer repairs. Not to mention cheaper repairs, at that.

Some of the top sedans that hold their value include the Subaru Impreza and Legacy, Honda Civic and Accord, Toyota Camry and Avalon, and Lexus ES and IS, as well as the Nissan Maxima. Surprisingly, the exception to this Japanese rule of thumb seems to be the Dodge Charger. Despite cost-cutting interior components, low reliability and less than stellar fuel economy, the Dodge Charger has pretty solid resale value. A true testament to how much Americans love muscle cars.