Not that we want every Toyota pickup and SUV here, but that Hilux indestructible thing and all of its variants would fill-in nicely on the US market despite only having engines sized like tin cans. Not only that, the new Hilux brings a whole lot of novelties in the Toyota world, but it also gives us the chance to see an all-new SUV derived from it. Yes, there is a Toyota SUV developed only for the Australian market, but sized and equipped something like the 4Runner that is sold here. All the more, the car looks better than the 4Runner. Meet the Toyota Fortuner 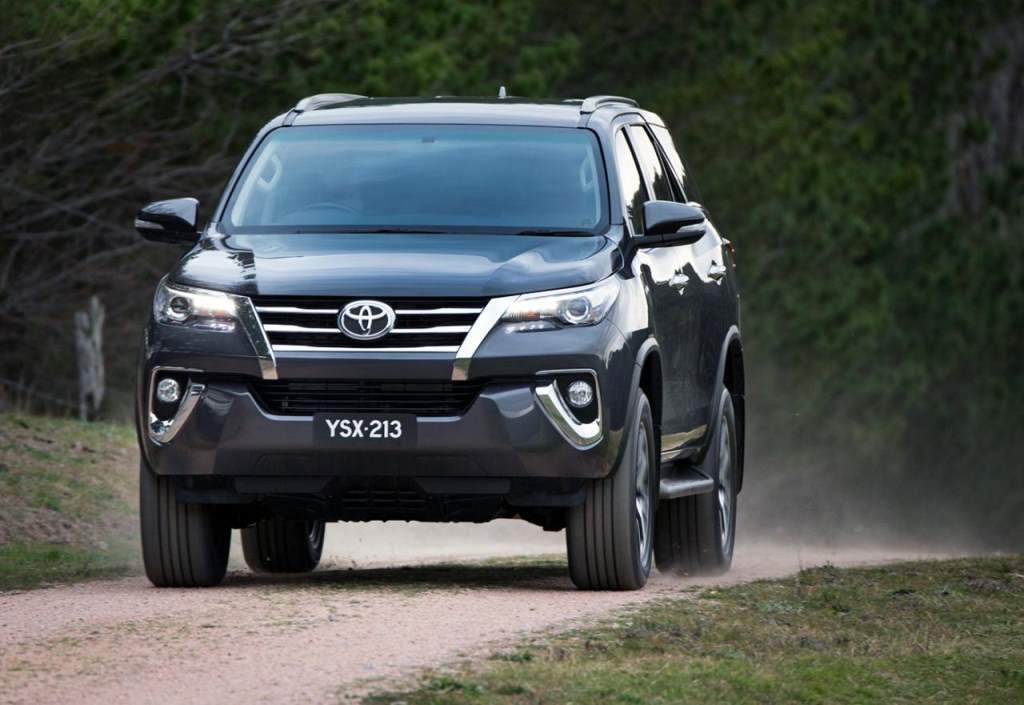 Riding on Hilux architecture, the Fortuner reached its second generation like an all-new SUV capable of some serious off-roading and gifted with the indestructible gene the Hilux has. Of course, some modifications had to be done to name this thing an SUV, but the robust and rugged character was not destroyed by any means.

Starting from the looks, the Fortuner received a rather refined exterior appearance somehow reminding us of the new redesigned Camry. It is somewhat smartly aggressive with Tesla-reminiscent headlights, a grille with prominent chromed elements on it, and a dominant stance. The rear end look is absolutely different than what anyone could have expected, though.

The shoulder line rises hard at the sides and over the rear wheels with the nice, lean rear lights finishing off the story of the Hilux SUV. Honestly, that rear lights look a bit like they have been sourced from the Hyundai Santa Fe, but then again, these two shouldn’t actually be a competition at all. 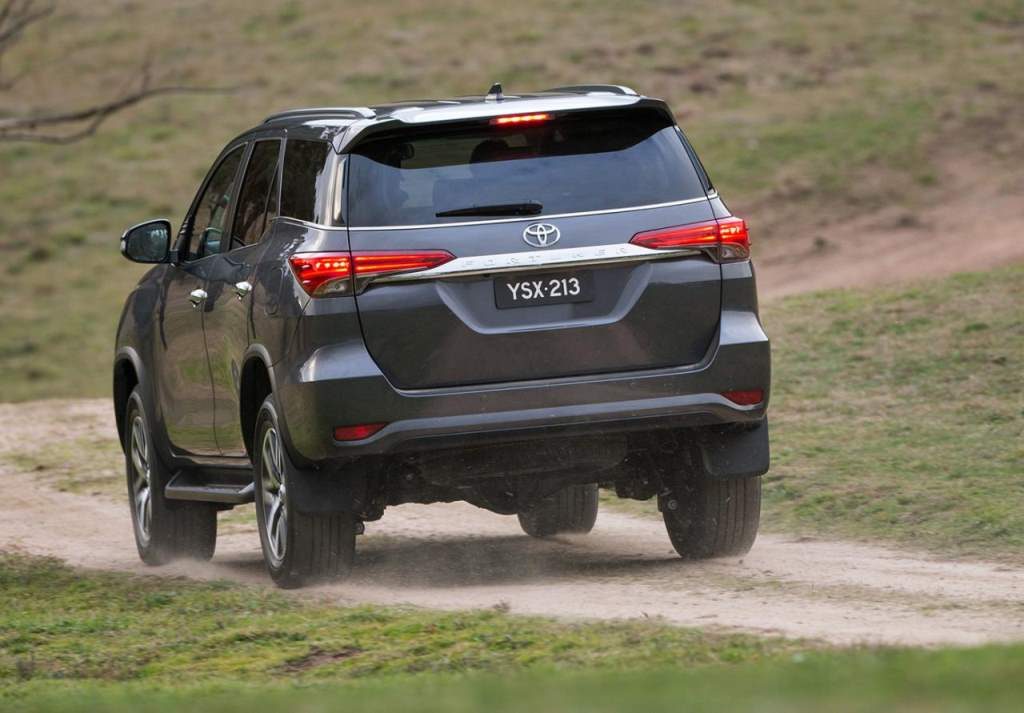 We say that because the Toyota Fortuner has a chassis derived from the Hilux, meaning it has some serious off-road equipment you couldn’t easily find on any other similarly-dimensioned SUV. The truck-like architecture was softened up by the integration of coilover rear suspension with a 5-link layout. This suspension comes in place of the leaf spring suspension usually found on the Hilux. Of course, the ride on the asphalt will be more subtle, and we guess that the comfort will be considerably better in the Fortuner in comparison with the Hilux. 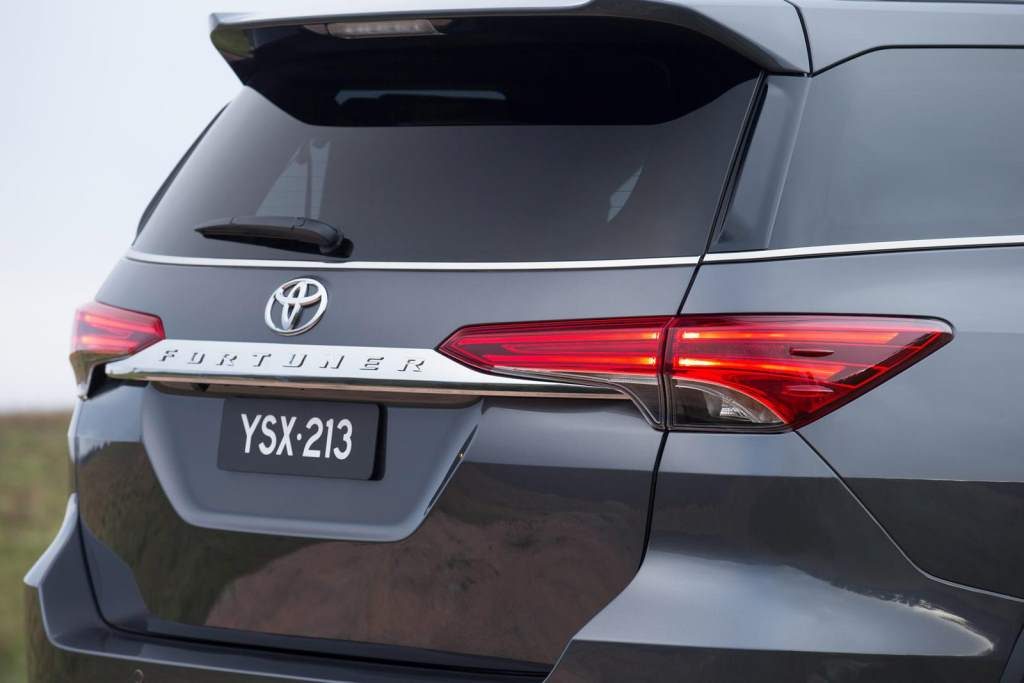 Other elements weren’t actually that much changed. The engine stayed the same. The 2.8-liter diesel unit developing 177 HP is good enough for towing 6,600 lbs and providing the truck-like SUV with optimum performance. What’s more important is the torque of 331 lb-ft, which is enough to make this thing a formidable off-road player and trailer-hauler. With four-wheel drive, a rear locking differential, hill descent control, high and low range, and beautiful approach and departure angles, the Fortuner could absolutely stack up to the likes of Jeep, Dodge, and even its 4Runner stablemate. Not that we are saying it’ll eat the Land Cruiser, but as a truck-based SUV, the Fortuner has quite an impressive array of off road gizmos. 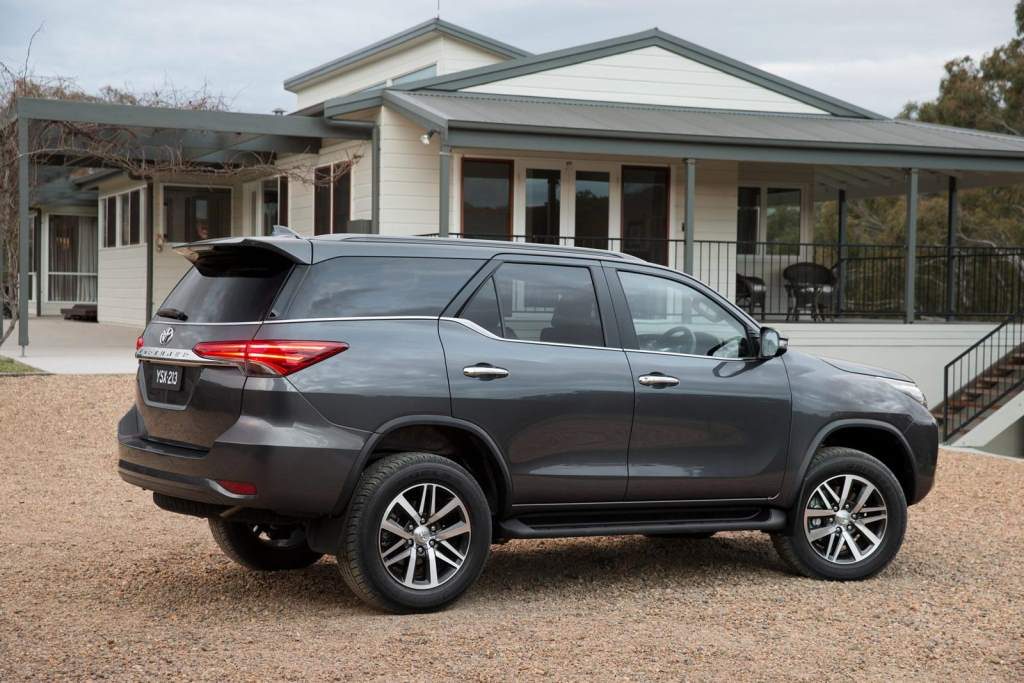 The car is available with an automatic or manual transmission. The annular model has a bit more grunt so it can tow 440 lbs more, but other than that, we do not see any real advantage of the manual model. Of course, the 4WD system on it is capable of disengaging. If you don’t need it, the two wheel drive system will provide best possible fuel economy and best possible on-road performance. 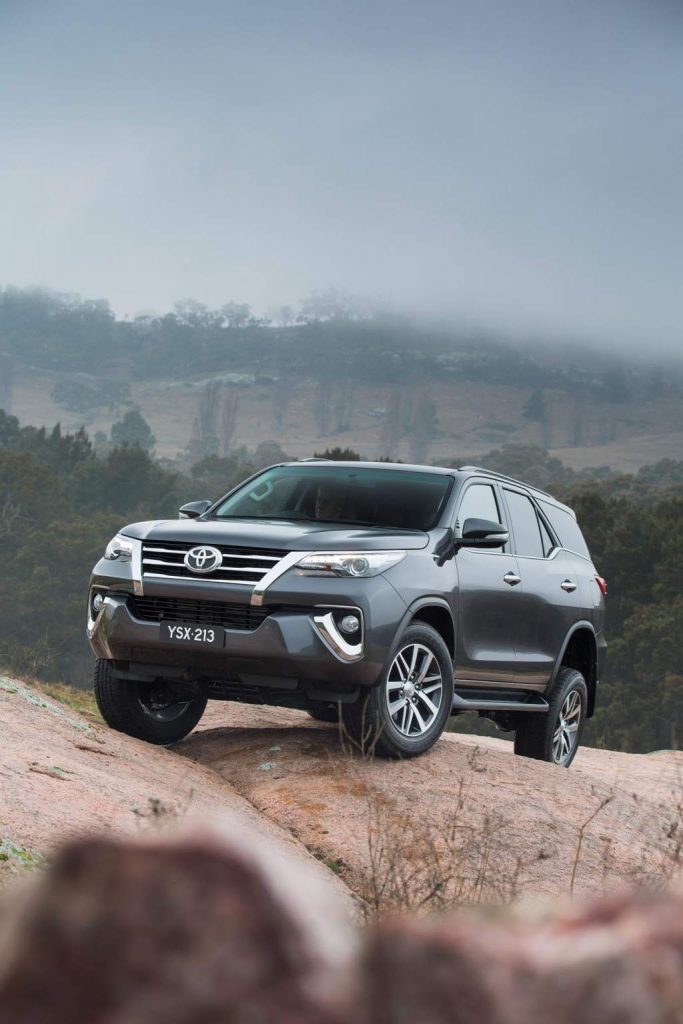 All in all, it seems that the Fortuner is something like a 4Runner for Australia. It definitely looks better than the 4Runner we know for here, it is based on the most reliable car ever and we are sure it’ll run for ages.

While the 4Runner is certainly capable, we’d definitely choose the Fortuner if it came down to a Toyota Fortuner vs Toyota 4Runner battle. You really can’t beat that rugged Hilux platform and more compact body.