The original truck was a motor vehicle that was designed to transport cargo. Nowadays, they vary greatly in terms of their power configuration, and size. Most trucks on the road today operate just like an automobile.

Modern trucks are powered by diesel, gasoline, and hybrid engines. Light trucks weigh less than 13,900 pounds and don’t require a special driver’s license to operate. The pickup truck features an open cargo area and enclosed cab. Originally they were designed to be a work vehicle and had little to no creature comforts. By the 1990s, fewer than 15% of owners claimed to use their truck for work purposes. Today, they make up 18% of the market share in North America.

The word pickup comes from an unknown source; there’s no way to determine where it first originated. In 1913, Studebaker used the terminology and by the 1930s, it was a standard term. In New Zealand, they refer to utility vehicles as a ute. South Africans call them a bakkie, which comes from the word bak (meaning container or bowl).

History of the Pickup Truck 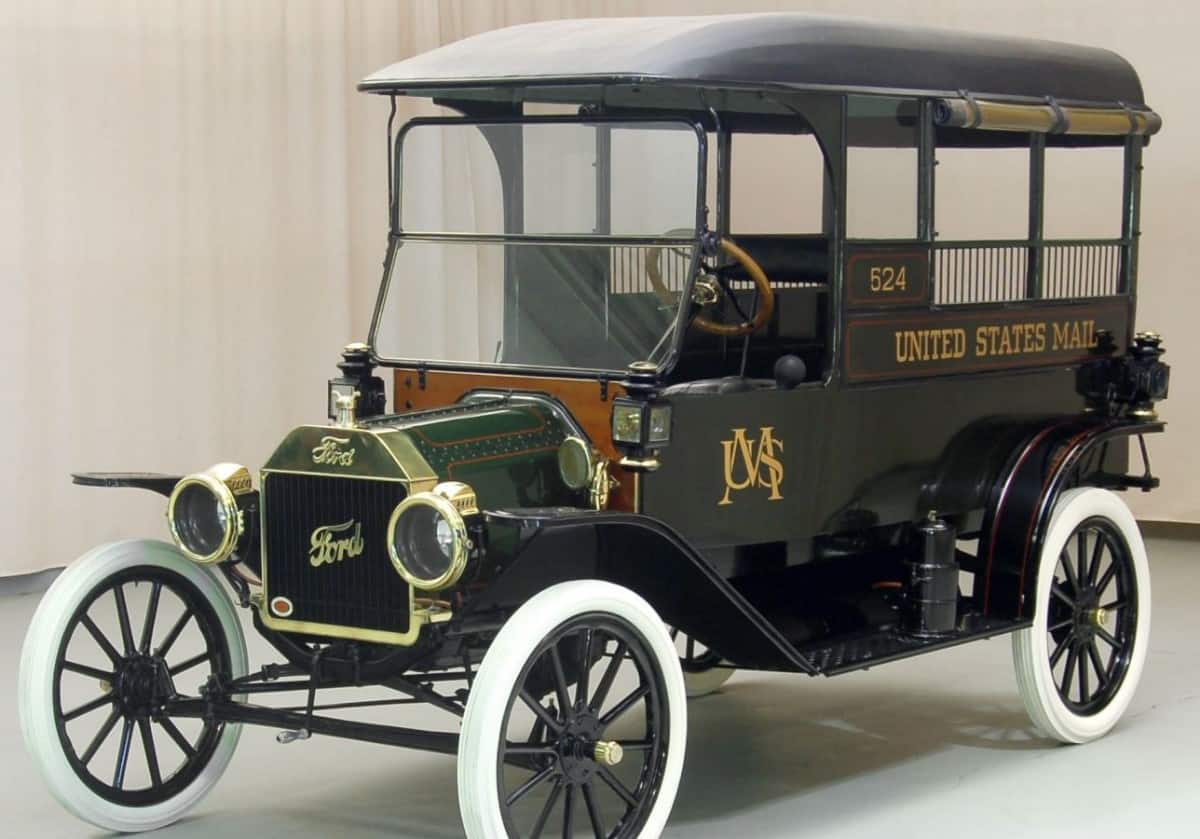 During the beginning days of pickup trucks, companies only sold the chassis and then a third party would add the body on top. The Galion Allsteel Body Company manufactured and installed boxes on the Ford Model T chassis in 1913. They were one of the earliest developers of the dump and pickup truck.

In 1924, Dodge debuted their ¾-ton pickup which featured a body and cab made from wood. Just a year later, Ford unveiled their Model-T based, half-ton, steel-bodied truck that came with heavy-duty rear springs and an adjustable tailgate. It was called the Ford Model T Runabout with Pickup Body and sold for under $300. There was a total of 34,000 of these vehicles produced.

They replaced it with the Model A in 1928. This version came with a safety-glass windshield, closed-cab, three-speed transmission, and roll-up windows. Then, in 1931, Chevrolet manufactured their first factory-produced pickup truck as well.

During World War II, all American automakers ceased production to aid the United States government, so there were no privately owned trucks made at that time.

Transition from Work to Pleasure 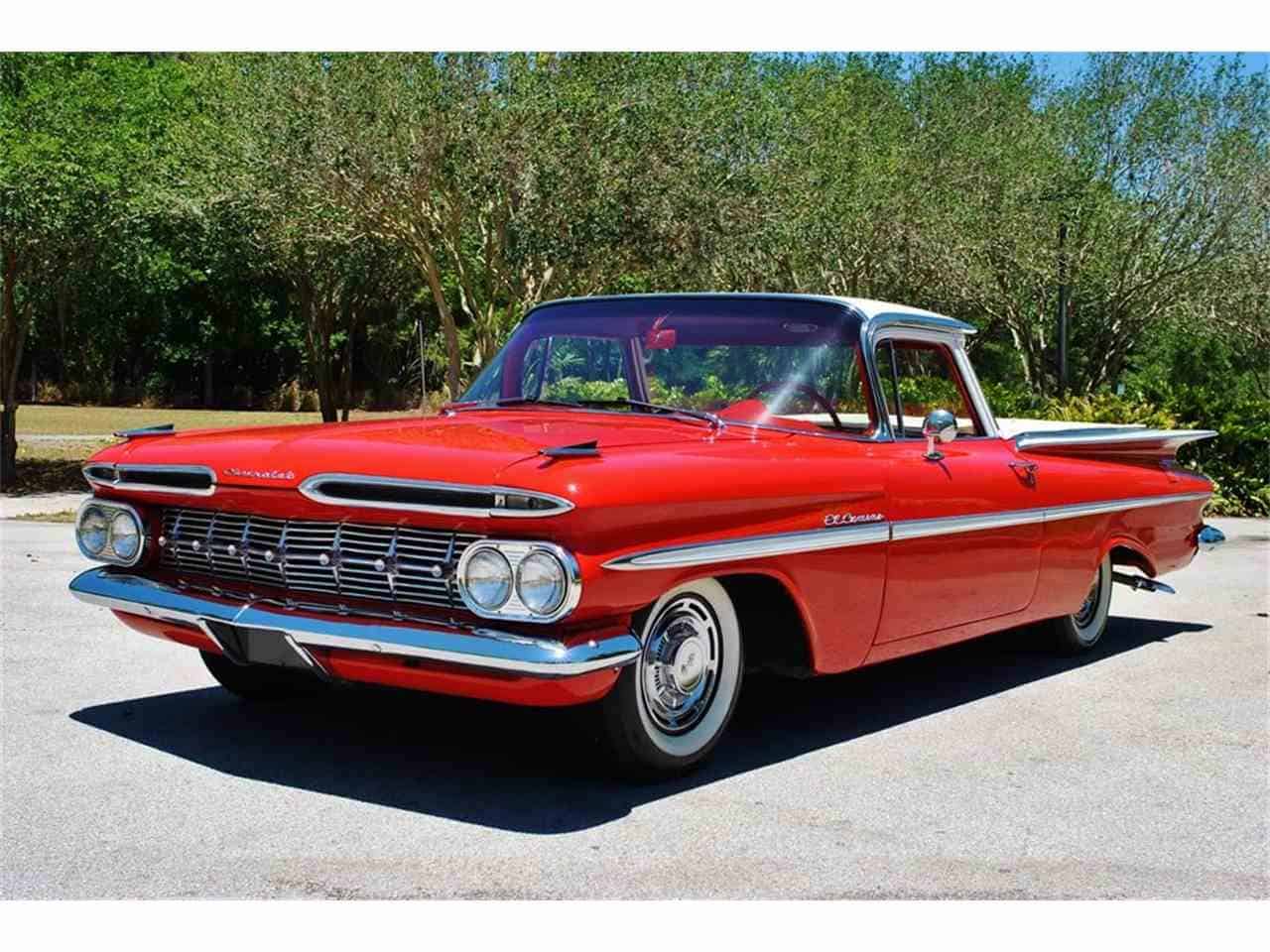 During the 1950s, customers started purchasing pickup trucks for lifestyle reasons other than to accomplish jobs. That’s when the smooth-sided, car-like, fenderless trucks were manufactured. Some of the early models included the Dodge Sweptline, Chevrolet El Camino, and Chevrolet Fleetside. In 1957, Ford also produced the Styleside.

Many of these started to come with some creature comforts such as air conditioning and power features. Companies began shifting the focus to become passenger oriented. Two of the great additions from 1962 included the Toyota Scout plus the Hino Briska. Then, in 1963, Dodge released their crew cab, while Ford followed close behind in 1965. It wasn’t until 1973 that Chevrolet had a crew cab design.

When the U.S. chicken tax went into effect in 1963, the Volkswagen Type 2 imports slowed down. This led to the market turning to American manufacturers instead. It also squeezed out most of the small Asian truck companies that were in America.

Then, in 1973, the government imposed the Corporate Average Fuel Economy policy (CAFE). They set higher requirements for passengers cars than they did for pickup trucks. This led to the growth of station wagons, and later, SUVs. Because pickups were unhindered by those same emissions controls, they started replacing the muscle car line with a truck design instead. That’s when the Dodge Warlock debuted as well as the Street Van and Macho Power Wagon. 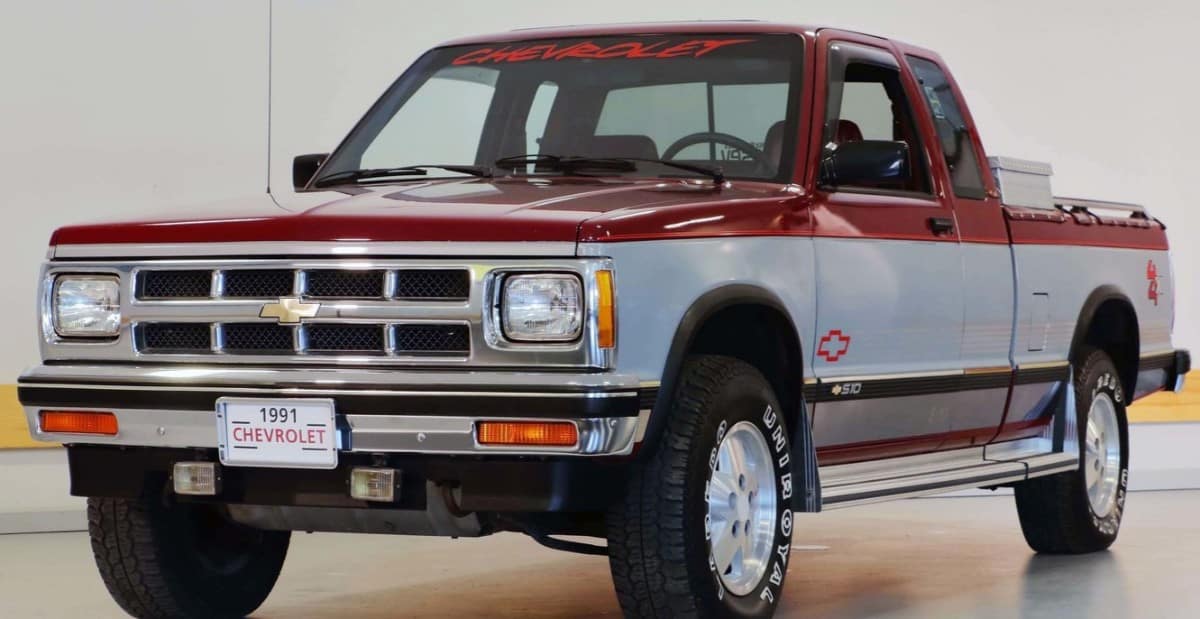 Some of the most popular truck designs in recent years include the Ford Ranger and Chevrolet S-10. Of course, the Ford F-Series has been America’s best-selling truck for several decades. They’ve sold more than 34 million trucks to achieve this record.

International Use of a Truck

You won’t find the Ford F-150 or any full-sized pickup truck on the roads in Europe. It just isn’t commonplace there because of the higher fuel prices and narrow streets. In total, they only represent 1% of all the light vehicles sold. When there is a truck purchased, it’s often a smaller one like the Ford Ranger which sold over 27,000 in 2015. Other models you might see are the Renault Alaskan, which is simply a rebadged Nissan Navara, or the Toyota Hilux.

Regulations including the NOx law prevent importing trucks to Japan. For a short time, the Japanese-built Mitsubishi Triton was available. Their most recent attempt at selling a truck came with the Toyota Hilux.

Pickups are manufactured for the local market as well as export. Some of their popular models include the Mitsubishi Triton and Isuzu D-Max.

There are plenty of pickup trucks for sale in this region. Some popular models include the Ford Ranger, Toyota Hilux, VW Amarok, Chevrolet S-10, Dodge Ram, Chevrolet Montana, and the Chevrolet D-20. 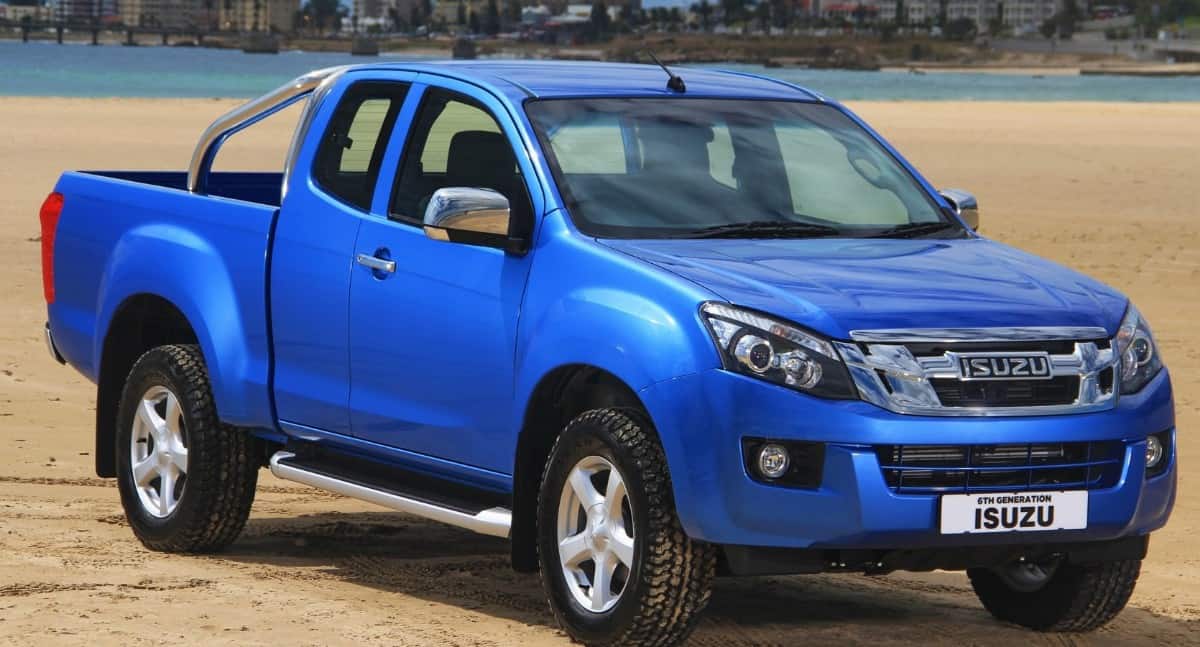 Pickup trucks make up 17% of the passenger sales in the country. These mostly comes from the Isuzu KB, Ford Ranger, and Toyota Hilux although the Nissan Navara and Volkswagen Amarok are also sold there.

Design of a Pickup Truck

Most every truck sold in the United States comes with an automatic transmission. The regular cab design featured one set of seats and doors. The super cab or extended truck has some extra space behind the bench or some smaller seats. In 1973, the first extended cab version, called the Club Cab was produced by Chrysler for Dodge pickups. The crew cab, or double cab design, features seating for five or six with four full-size doors. America’s first crew cab was the 1957 International Harvester.

The cab-forward or cab-over design utilizes the cab sitting on top of the front axle. Early models included the 1952 Volkswagen Transporter. This isn’t a popular style in North America but was in the 1950s and 1960s with the Dodge A-100, Chevrolet Corvair Rampside, Jeep FC-150, and Ford Econoline.

Cargo beds vary greatly in size and depend on whether the truck is used for passenger comfort or cargo space. Most beds featured a hinged tailgate and solid side walls. You can find cargo beds in two different styles: fleet-side or step-side. The fleet-side bed features wheel-wells on the inside of the bed. The first was the 1955 Chevrolet Cameo Carrier. The step-side design utilizes fenders that extend on the exterior of the cargo area. The early trucks used wood-plank beds, but they were replaced by steel during the 1960s.

If the pickup truck has four rear wheels instead of the typical two, then it’s referred to as a “dually.” These are able to haul more weight over the rear axle and are designed for heavier loads or towing.

Categories of the Pickup Truck

The American market has several groups that trucks fit into.

You might hear the terms half-ton or three-quarter-ton as remnants from the time when many trucks were classified by the cargo capacity instead.

Monster trucks are styled from the pickup truck but featured a beefier suspension and larger wheels. They’re used for entertainment and competition. 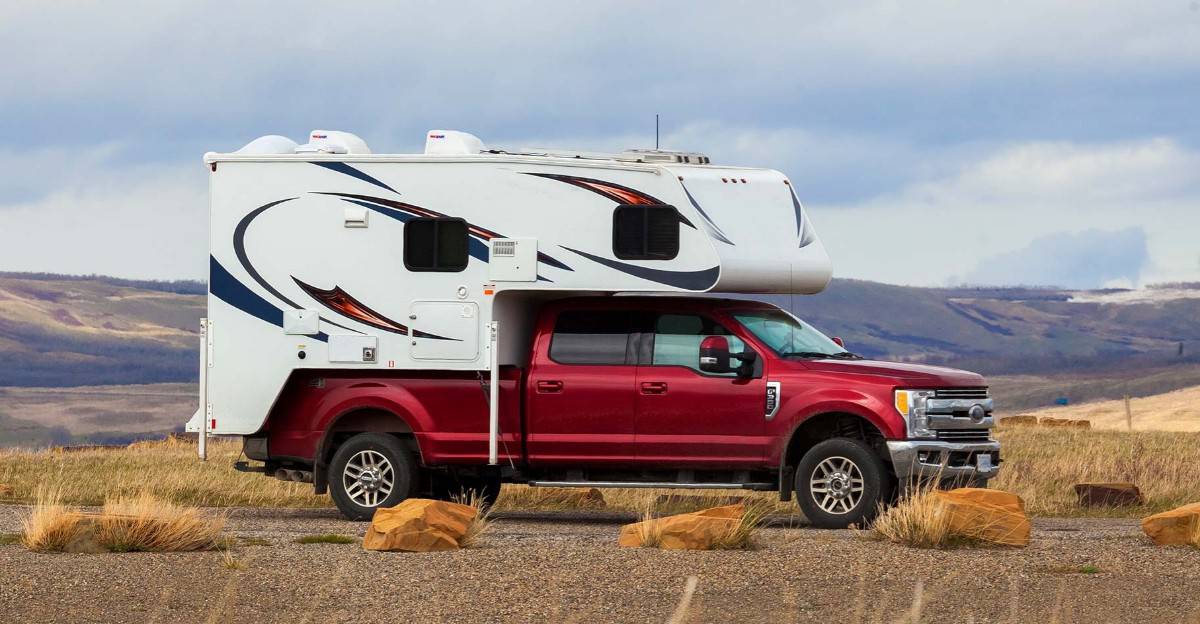 It’s also possible to equip a pickup truck with a camper shell. This provides a small living space in the truck bed. It’s like having a small motorhome on the truck while still allowing the operator the chance to remove the shell and continue on as normal.

1 – Sue Mead drove a T2 Raptor truck during the Argentina-Chile Dakar Rally. It was held in Buenos Aires and she took first place in the Super Production segment.

4 – Texas and California are the states with the most truck sales.

What are some must-have truck accessories? Most people add a bed liner, floor liners, LED lights, tool boxes, bigger wheels, running boards, and a tonneau cover. Whatever you do with your truck, avoid these mods.

Are trucks safer than cars? Trucks have become safer over the years. In fact, most of them feature modern technologies such as airbags, crumple zones, and automatic braking just like passenger cars. Combine that technology with physics and you see that pickup trucks are a solid option if looking for safety.

How do trucks look lifted? For drivers that want a badass look on the road, it makes sense to raise the vehicle. To achieve more ground clearance, you want to utilize a suspension lift kit. If you desire to go higher than what that gives you, then you’ll need to look at using a body lift instead. With a body lift, your truck body must be disconnected from every spot where it’s mounted. Then, spacers are inserted and the body gets bolted back down.

Are trucks good in snow? The majority of trucks perform well in the snow. That’s because they have a higher ground clearance than passenger cars. They also come with bigger tires and most trucks have four-wheel-drive which helps you get right out of those snowbanks.