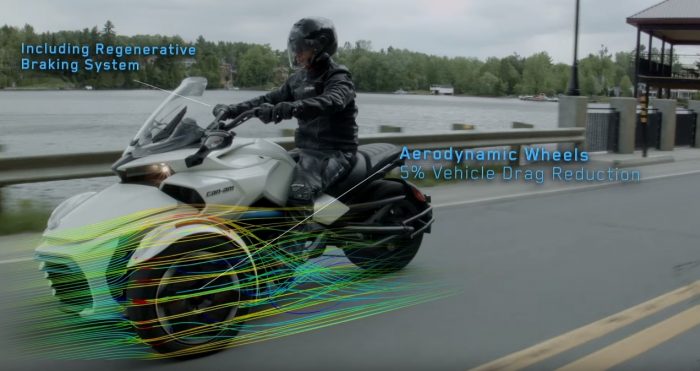 The Can-Am Spyder is one of those things that you either love or hate – and nothing divides opinion more than electric vehicles. So here’s a curious social experiment: what do we think of an Can-Am electric Spyder F3-S? The scientists and engineers at BRP’s Centre de Technologies Avancées (CTA) at the Sherbrooke University in Quebec seem to think it’s a wonderful idea. So, working in partnership with Can-Am, they’ve produced this: the Spyder F3-S Bombardier concept – an all-electric version of the infamous three wheeled trike. First impressions, anyone? We think the American motorcycling population will need some serious persuading before they bite – but full marks for effort.

Can Am Electric Concept: The Spyder F3 E

Personally, I’m not a fan of the Can-Am Spyder, but I am interested in anything that involves electric development. In that respect, the Spyder isn’t a bad platform to work with as it naturally has more space to house larger batteries, and would probably be a more practical electric vehicle than most two wheeled concepts that we’ve seen. However, the details about this project are few and far between. 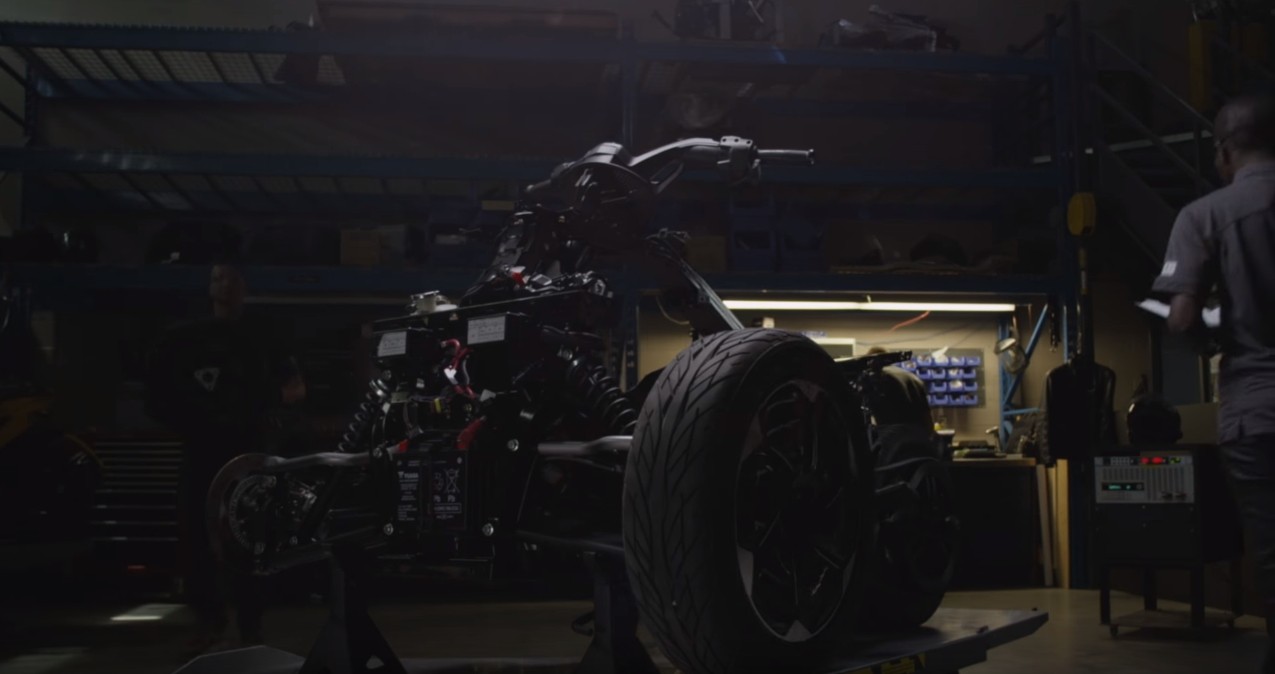 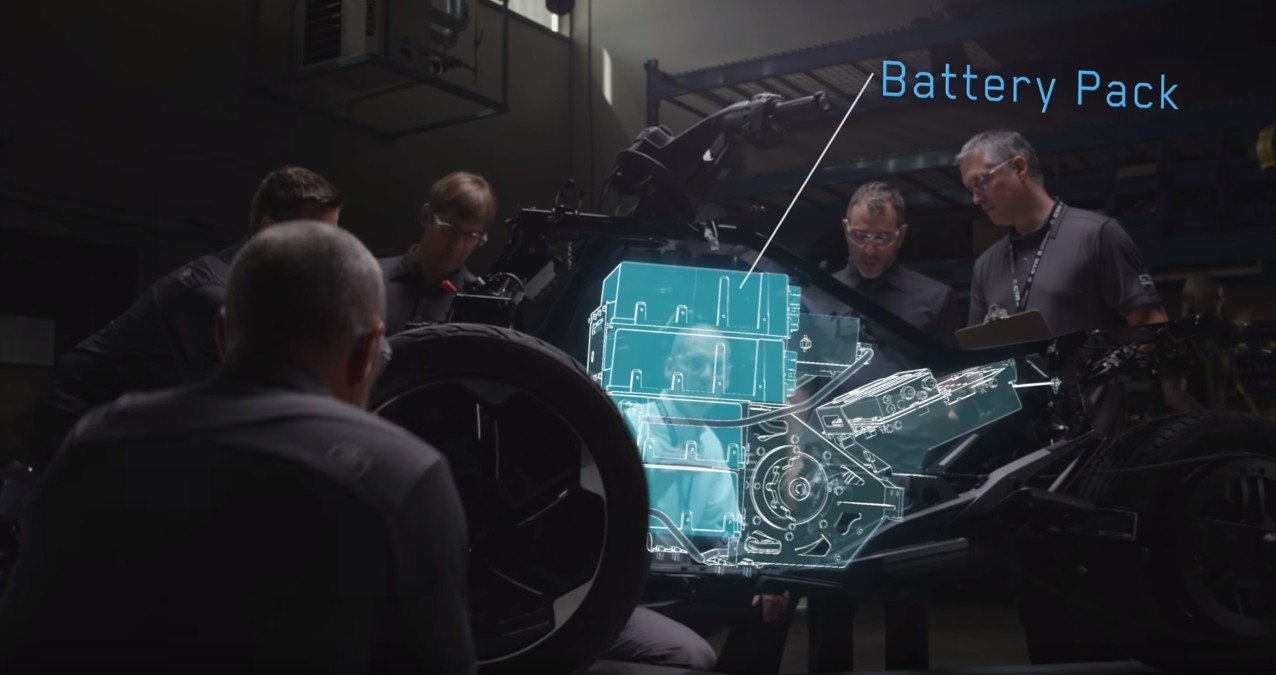 We do know that CTA designed and patented the special battery pack. It goes by the name of the “e-tank” and stores 16 kWh of energy, allowing the Spyder F3-S E a range of up to 106 miles. It might not sound a lot, but compared with the range of the Zero FX or the current model of the Harley LiveWire (both roughly around the 50 miles marker) it’s not too shabby at all, and a definite step in the right direction. The new battery pack powers a modest electric motor that produces 67 hp…and 147 lb-ft of torque at 6,500 rpm. 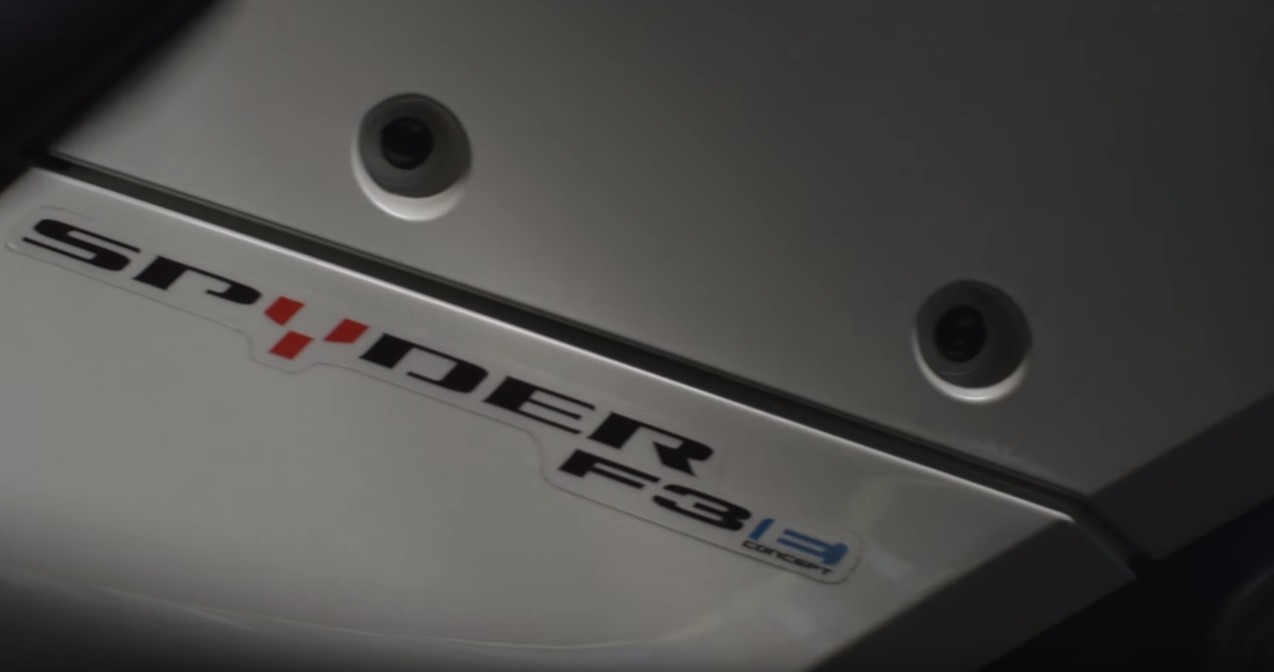 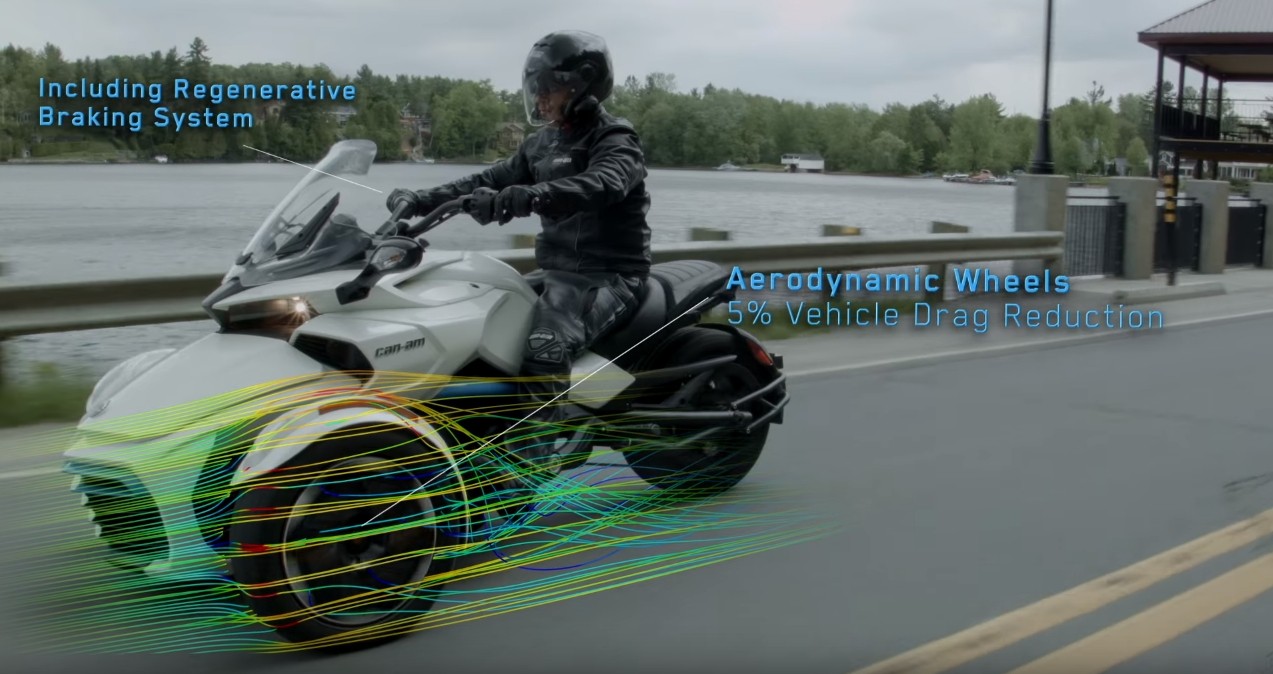 Apart from the obvious changes in the engine department, the 20 strong team of students have also redesigned the wheels and fenders for the F3-S E reducing drag by 5%. The project began in 2010 and has cost $11.3 million so far. It’s a small amount of money to pay for such interesting developments in the electric battery department, and the result has been a resounding success. I hope a production version of the Can-Am electric Spyder F3-S will be coming in the near future. But that’s not all that BRP have been rumored to be creating… 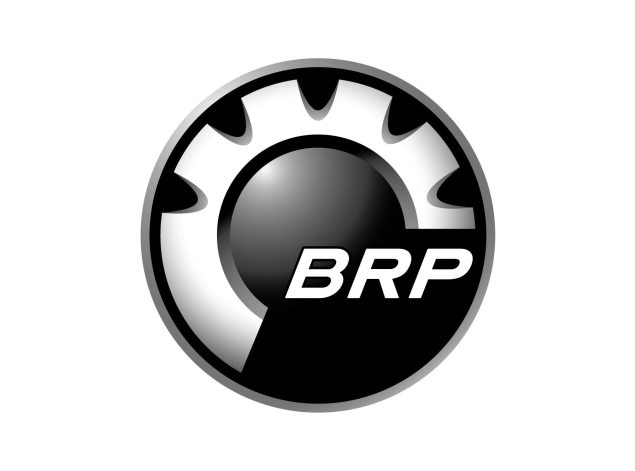 According to a recent report from Canada, it seems like Bombardier Recreational Products (BRP for short), the owners of Can-Am, are considering making a move into the two wheeled motorcycle department in the form or a BRP motorcycle. They’ve done it before, but that was back in the 1970s. Back when the company was known as Bombardier, they built and sold some respectable two stroke 175cc motocross machines that were met with positive reviews. The idea seemed to fizzle out, however, but now it seems like the two wheeled flame has been re-ignited.

The potentially game changing concept was first reported by the Montreal Gazette, who mentioned that BRP were currently evaluating the potential of a transition into the two wheeled department. A spokesperson for BRP, Sylvain Morissette explained: “We are in an ongoing process of evaluating the market, looking at different possibilities, trends. Motorcycles could be an option as we’ve done in the past.” 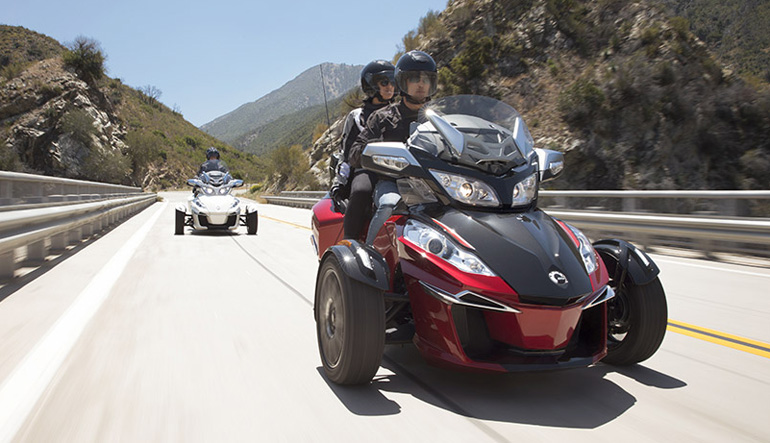 At the moment, we’re not sure whether BRP would consider badging up any potential two wheeled machines with the Can-Am brand name. You would think that BRP would immediately capitalize on the success of the three wheeled Can-Am Spyder to push any potential new motorcycle product, but other rumors have been flying recently. There was a rumor that BRP could potentially salvage Erik Buell Racing, but we’ve heard nothing more on that for a long time now.

Either way, the company spokesperson didn’t give any specific details about what the bike would be, if it ever happens. At the moment, BRP are more interested in pushing their brand new Can-Am Spyder model, the Maverick X3, and the Can-Am Spyder F3 Limited. It was reported by RideApart that BRP are planning on expanding their product range every six months, but whether or not one of their products will end up being a two wheeled motorcycle remains to be seen. 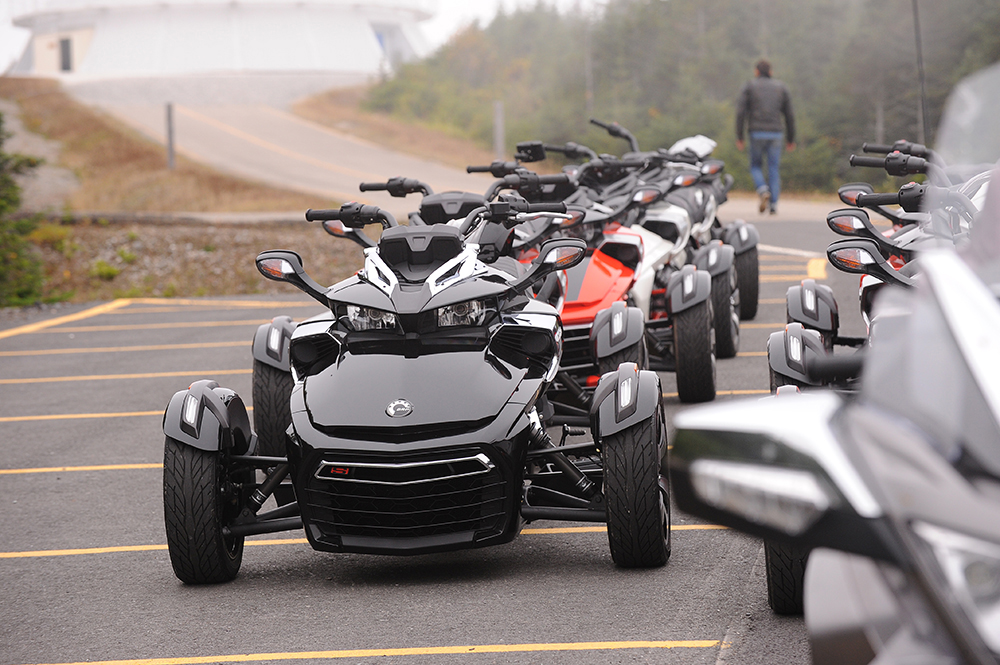 Hypothetical situation time: Let’s say a BRP motorcycle happens, what type of bike would it be? A lot of magazines have quickly shot down the idea of a cruiser, and with good reason. With Victory, Indian and Harley Davidson cornering that side of the market, there may not be enough room for a new North American contender. A dirt bike seems like a sensible option for a power sports company, but again, KTM is rapidly dominating that scene. A sports bike? To convert regular sports enthusiasts over from the traditional Japanese manufacturers seems unlikely. So, if BRP were to enter the motorcycle arena – where do you think it would fit in?