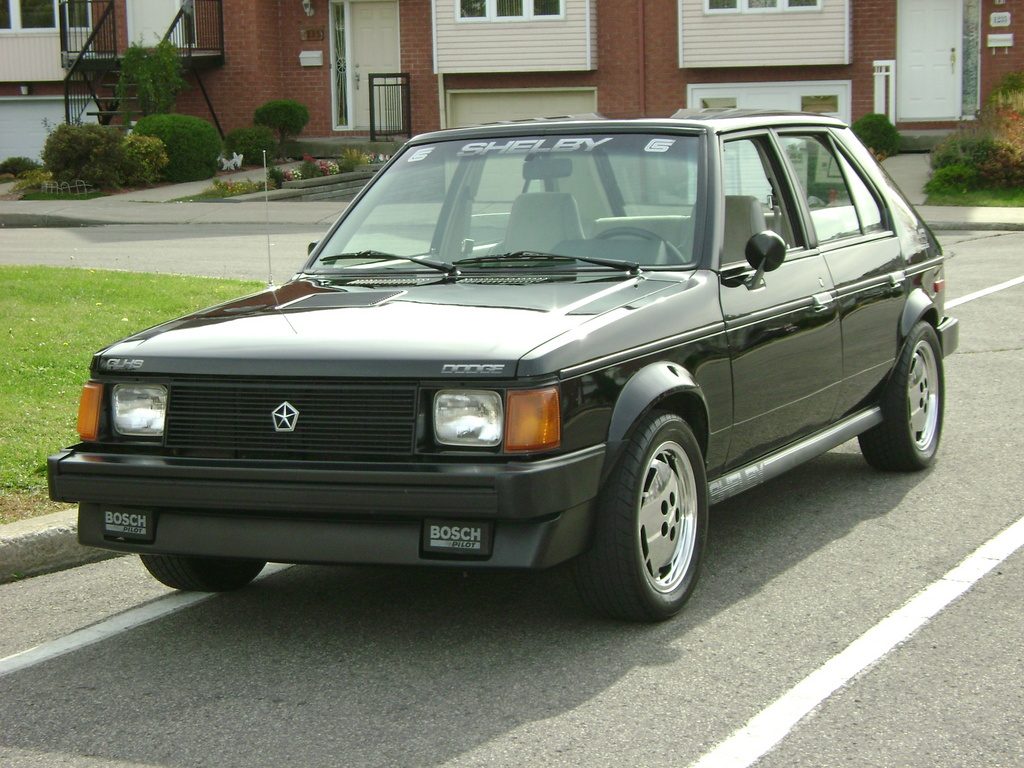 There aren’t that many compelling front-wheel drive cars around. Most of them are simply too common or generic for that. And understeer they tend to produce is less challenging to control, and less fun than oversteer common with rear-wheel drive. That’s why front-wheel drive is mostly reserved for economy cars and typical run of the mill specimens. But not everything has to be so gloomy. Some of them are fine. More than fine, actually. Some FWD cars are great in their own way. Every one with the reason of its own, here are 10 such examples.

Are These The Best Front Wheel Drive Cars Ever?

Although only arriving to the US market for the last model year, first generation Rabbit GTI (or Golf GTI as the rest of the world called it), is now widely regarded as the prototype of hot hatchbacks. It was first offered in 1975, in VW’s home market in Germany, and although preceded by Autobianchi A112 Abarth, Mk1 Golf was by far the best sold hot hatch of its generation.

That’s one of the reasons for its greatness. Others are styling and performance. Although it can hardly be considered beautiful by today’s standards due to its sharp angles and overall boxiness, it was designed by Giorgetto Giugiaro and that speaks for itself. As for the performance, Mk1 Rabbit for the US and Canadian market (and Japanese too) was powered by 1.9L in-line four generating 90 horsepower. Doesn’t sound like much, especially considering other global markets had the 110-hp 1.8L engine, but it was enough for a car as light as 2,145 pounds. 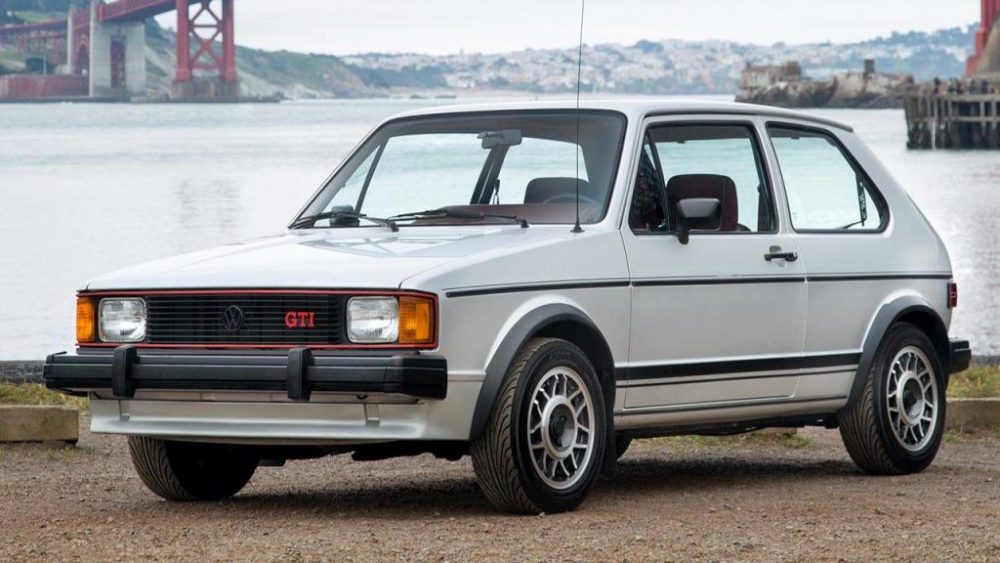 When it appeared in 1985, Taurus set the template for all future family sedans. It was an instant hit and sales reflected that. It took Blue Oval three more years before they introduced the high-performance version of the car. When it finally arrived, however, new Taurus SHO (Super High Output) propelled the nameplate to even greater heights.

SHO’s 3.0L V6 Vulcan featured a Yamaha head which Ford was forced to use due to the contract with the Japanese powerhouse. Taurus SHO was only devised for that matter, but it proved extremely popular and extending its run was a no brainer. Yamaha 24-valve cylinder head was actually intended for the Ford EXP (another FWD model), but Taurus SHO’s greatness came to surface and overshadowed all that EXP had done up until then. Taurus SHO is still a definition of a sleeper car, and it again has the spot in Blue Oval’s lineup. 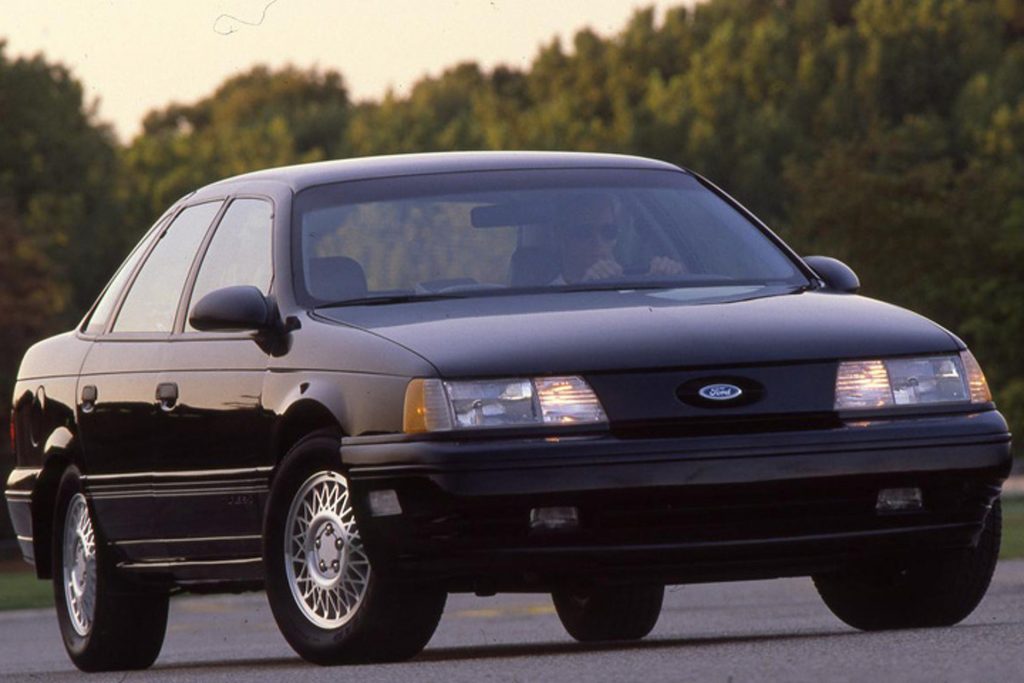 Apart from being the first car ever with the hidden headlights, Cord 810 (later 812) was one of the most technologically advanced cars ever devised compared to its respective period. Moreover, it was also the first American front engined – front-wheel drive car, so its inclusion into the list doesn’t really warrant any explanations. 1937 Cord 812 even had the optional supercharger to go with the 289ci Lycoming V8 engine. Sleek, fast and futuristic, Cord 810/812, however, didn’t come without issues. Vapor lock and transmission troubles plague the Cord during its short production run. Although people still loved their Cords, the inevitable end came when Auburn Automobile, owner of the Cord brand, went under in 1937. 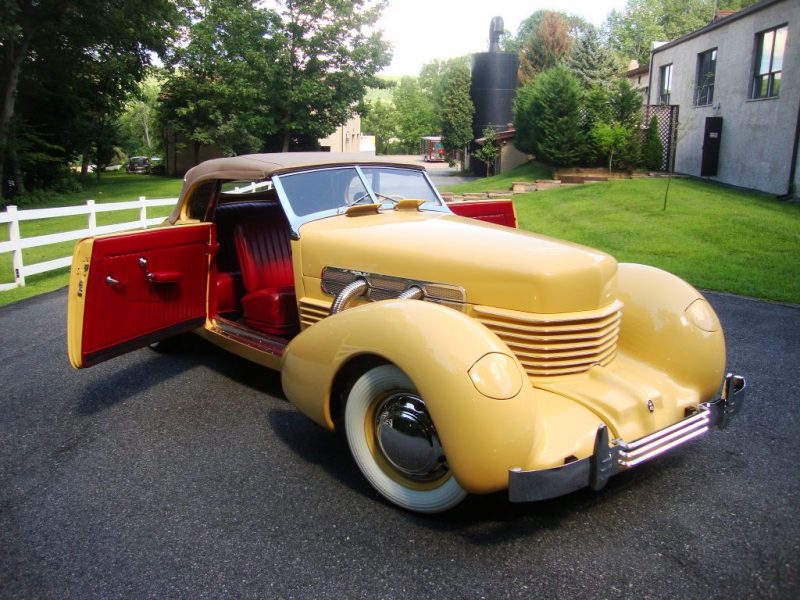 It took 30 more years for another American front-wheel drive car to appear in the market after the aforementioned Cord, and that was the Olds Toronado. When it first appeared, Toronado was a full-size luxury grand tourer with heaps of power under the hood. Stylish and engineered to perfection under the guidance of Bill Mitchell, Toronado was first motivated by the 425vi V8 with 385 horsepower. After the ’68, 7.0L Rocket was replaced by the 455ci 7.5L Rocket making either 375 hp in base or 400 hp in optional code W-34 form. It was quite a feat forcing such massive engines to move the front wheels, but Oldsmobile engineers succeeded. Second generation models would, sadly, abandon the Cord/Riviera cues and adopt more traditional luxury style of the Cadillac Eldorado. 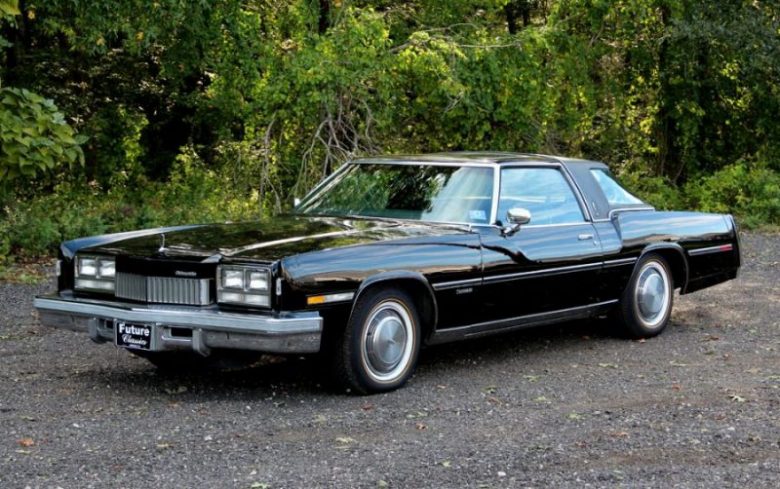 Compact open sports car built by The Birmingham Small Arms Company Limited stood as one of the best handlers of its time. And that was possible thanks to the front-wheel drive layout and low center of gravity. Although BSA Scout was quite the handler already upon its introduction in 1935, it was the Series 6 model that had finally shaped and molded the Scout into well-rounded package by which it’s known today. 1,075cc engine was replaced by 1.2L in-line four by then, and Scout also became a 4-seater. Sadly, 7 Series would never be constructed even though the British had grand plans for it. WWII broke out just as the new models were supposed to start rolling off the factory floors. 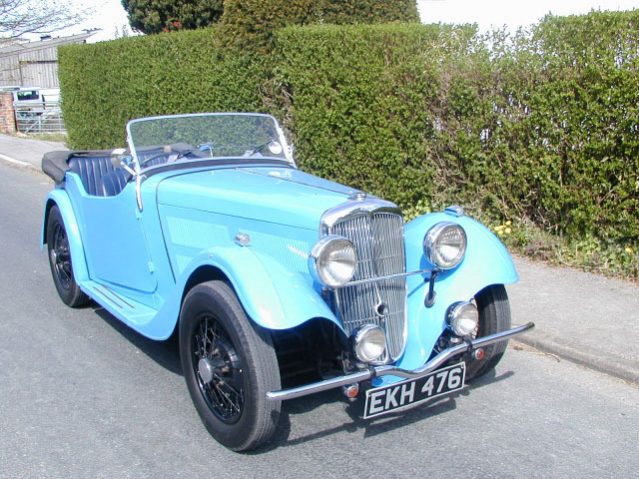 It didn’t have anything to do with the VW Rabbit GTI, but it certainly showed that the Americans can build hot hatches too. And what a hot hatch it was! Modified 5-door Dodge Omni built by Shelby, GLH-S was only produced in 500 copies. Although the name would carry over for 1987, that year GLH-S was based on the L-body Shelby Charger. In both instances, the engine was what would later become known as Chrysler Turbo II. It was the standard Turbo I engine modified using numerous new pieces including the new intercooler. 2.2L 4-cylinder generated 175 horses which propelled the small hatch to 60 mph in just 6.5 seconds. It even had the proper 5-speed manual gearbox. No need stating why it’s such a great FWD car after seeing these figures. 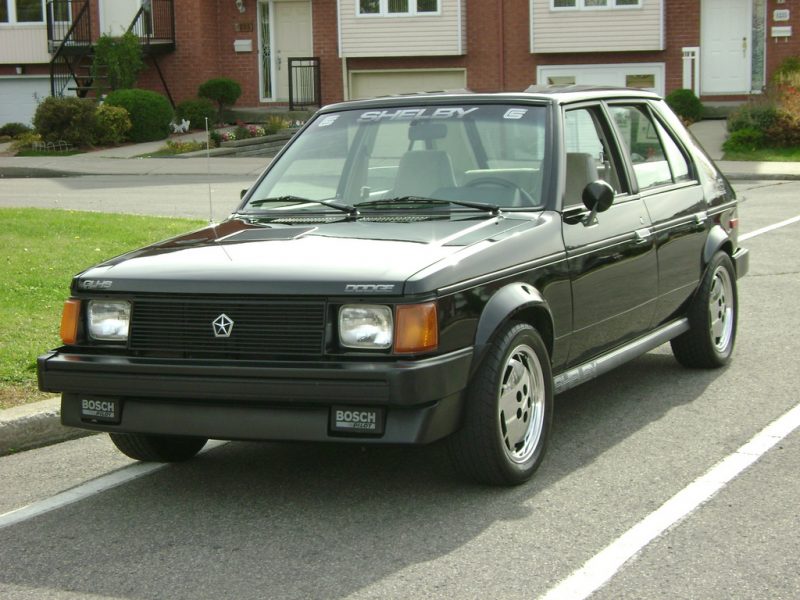 Lancia Fulvia wasn’t only a family 4-door sedan or a 2-door coupe. It also had the alternative sport coupe iteration designed by Zagato. Moreover, the car was used for rallying, winning the last Monte Carlo Rally of 1972 prior to its merger with the WRC series. Lancia Fulvia itself represented the combination very few people can resist. A combination of Italian styling and German engineering. It was also one of the precious few vehicles utilizing somewhat unorthodox V4 engine structure. 1.1L to 1.6L in displacement, Fulvia’s engines weren’t that powerful, but they did the trick. Fulvia was a marvel of engineering and earns its spot among one of the greatest front-wheel drive cars of all time. 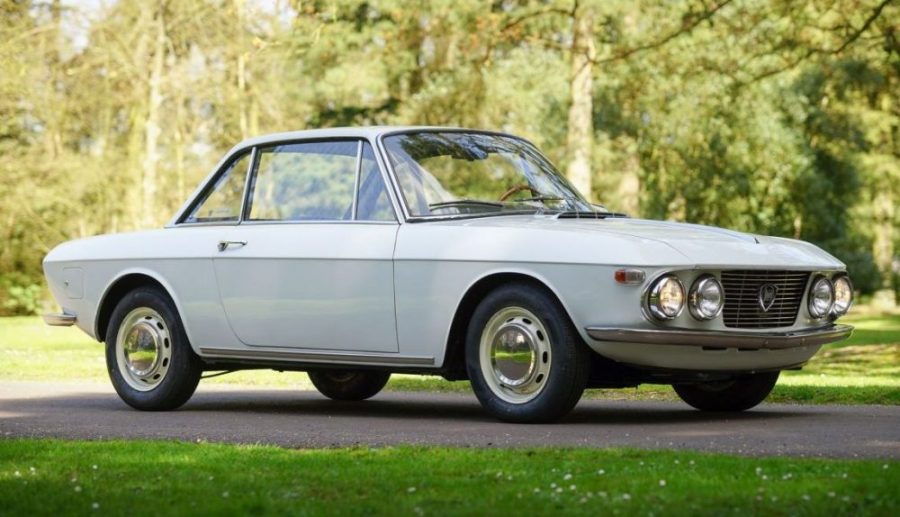 In 1967, Cadillac Eldorado had received a substantial redesign which positioned it further away from its roots and made it a personal luxury car more than ever before. For starters, there was the handsome new design, then the hardtop roof and finally the front-wheel drive. Switch from rear-wheel drive coincided with the introduction of very similar Olds Toronado to the market, while Buick Riviera remained rear-wheel driven until 1979. E-body trio would later epitomize the personal luxury carrier term for years to come. Although as powerful as the Toronado (if not more), Eldorado will be remembered mostly for its styling. Still, 429ci, 472ci and humongous 500ci V8’s deserve to be mentioned. The largest ever made V8 packed 400 hp and 550 lb-ft of torque. Like it was destined for greatness, the engine appeared in one of the most important front-wheel drive cars ever made. 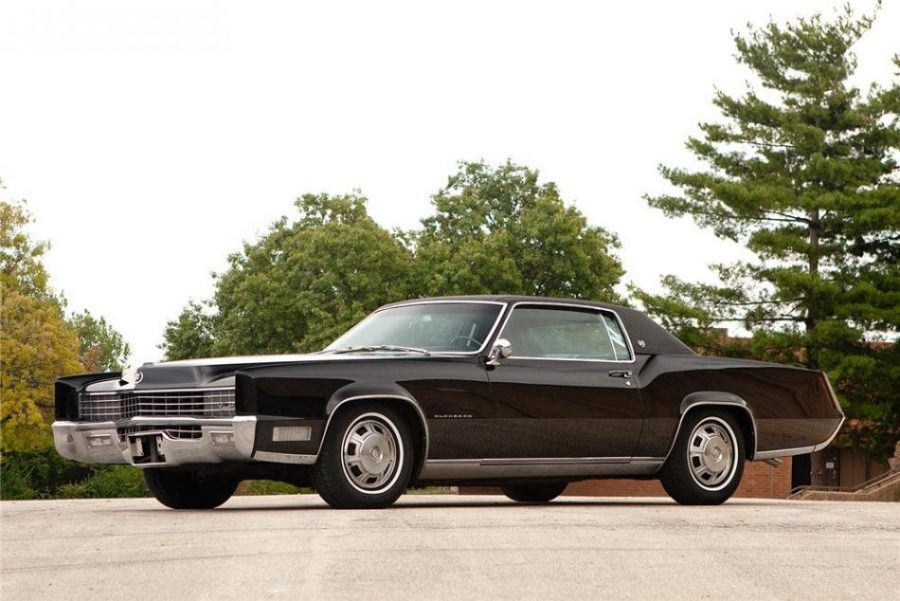 20 years in the market without any major changes should be reason enough to dub the Citroen DS one of the most influential front-wheel drive cars of all time. The fact that they reach up to $200,000 at auctions these days only go in this statement’s favor. DS’ legacy will be everlasting. Not only did it influence the next few generations of Citroens, but it also upped the ante for its competitors. Citroen DS had the supreme handling, braking and ride quality for its time. After all, it was the first production car to utilize disc brakes.

Close to 1.5 million of them have been marketed over the years which doesn’t look like much for two decades of production, but there were much less cars back in the sixties than there are now. A car of the century? Probably not. But the most beautiful car ever made? This we can talk about. 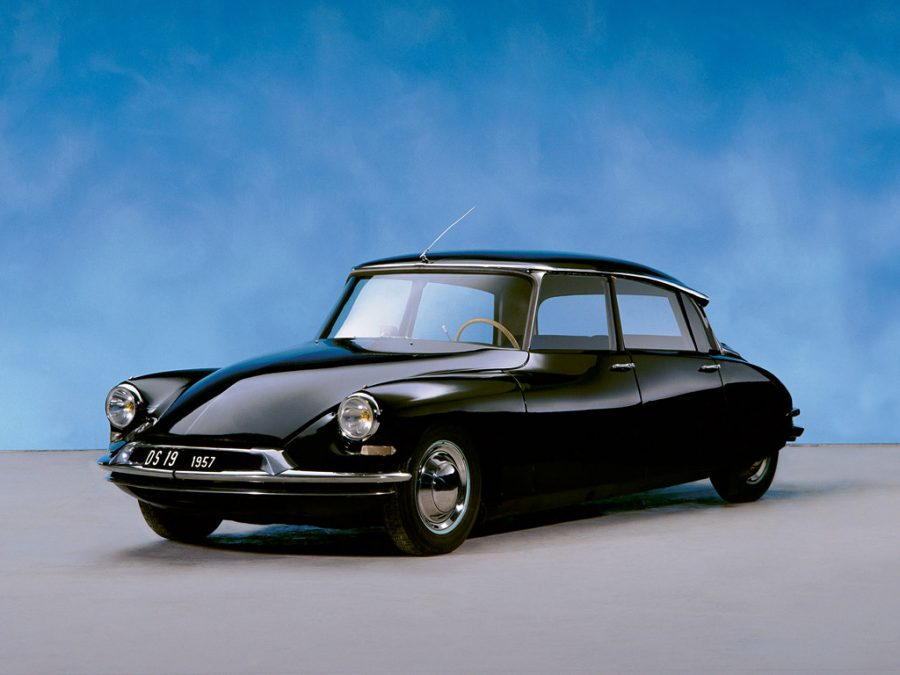 Austin Mini is definitely one of the most famous cars ever. Sir Paul McCartney drove one and so did Enzo Ferrari. Moreover, it appeared in both the original and the remake of The Italian Job. Finally, if it was good enough for Mr. Bean, then it should be good enough for everybody.

Cooper S was the most powerful iteration among Mark I and Mark II Minis. It first appeared in 1963 and initially featured a 1071cc engine. Following year saw the introduction of 970cc and 1,275cc versions with former disappearing after 1965 and latter lasting until the end of Cooper S in 1971. Apart from car’s petite and appealing demeanor, Cooper S also performed very well. Especially around the corners, but that was to be expected from such a nimble little car. In any case, Cooper S stands out as one of the most important front-wheel drive cars ever made, and for a reason at that. 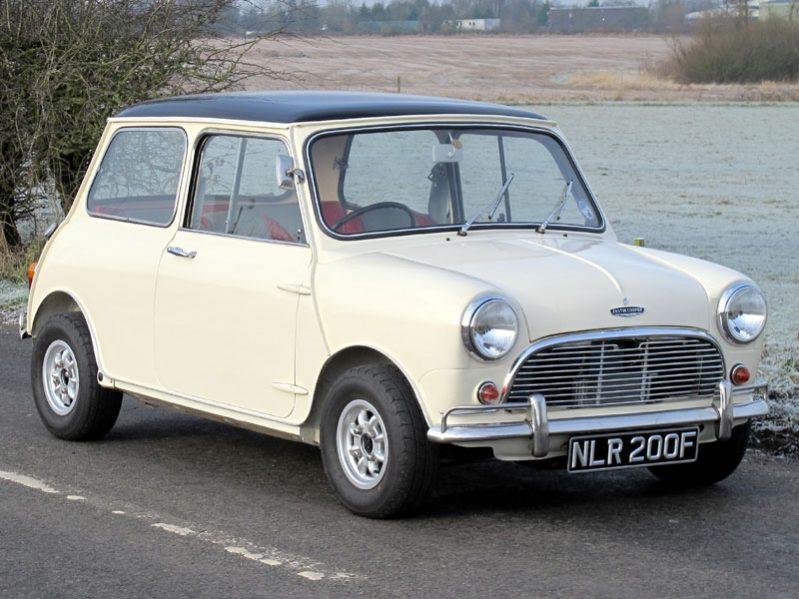 
Top 20 Powerful Naturally Aspirated Cars Currently Available
New Ram Charger Set For Production
8 Reasons Why The American Ford Mustang Is Better Than The E...
10 Forgotten Chrysler-Mopars That Probably Deserved Better
10 of the Most Powerful and Fastest Chevy Cars of Their Time
7 Facts You Didn't Know About the Chevy Logo