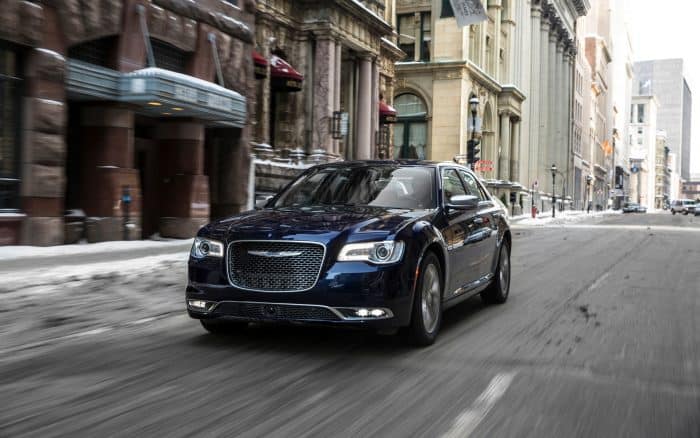 The namesake brand of Fiat-Chrysler Automobiles is only a shadow of its former self these days, but that’s hardly surprising. Chrysler’s sales have been in a free fall for years now as they’ve reached the all-time minimum in 2017 (not counting the infamous 2009 model year) when the upscale division sold only 188,545 vehicles in the U.S. That figure was bolstered by 18,457 Chrysler 200 sedans and 577 Town & Country minivans which have both been axed since then. In other words, all subsequent years are looking even more grim for the venerable automaker – if the FCA brass doesn’t decide to pull some drastic measures, that is. Such drastic measures can work both ways for Chrysler, with the other being rather terminal, so to speak. But what about the near future? What about the 2019 Chrysler lineup?

For starters, there’s hardly a Chrysler lineup to begin with. After the aforementioned 200 sedan and Town & Country bowed down after MY 2017 and MY 2016 respectively, the top level FCA brand features only two remaining nameplates. The 300 sedan and the Pacifica minivan are now all that’s remained of the once-colorful lineup of Chrysler vehicles. Even as you’re reading these lines, one of them might be in jeopardy of disappearing as well. You guessed it – it’s the 300, which might not survive the generation shift that’s looming ahead. FCA might even decide to drop the entire division with either Chrysler or Dodge being the firm favorites for this unpleasant scenario. Neither has managed to assert its presence anywhere besides the U.S. market, and they’re practically playing support roles to the more globally widespread Jeep and utility-oriented Ram lineups.

FCA definitely has better places to invest than in low-volume brands, albeit Dodge is exhibiting close to three times better figures than Chrysler. Additionally, FCA wouldn’t have trouble dropping one of their divisions since their dealerships sell all, or at the very least most of their brands. What the future holds for Chrysler is anyone’s guess. Meanwhile, here’s how current Chrysler models rate.

Introduced for MY 2017 with an ambitious purpose to replace the Chrysler RT minivans such as the Grand Voyager and Grand Caravan, the Pacifica instantly became the brand’s most popular and important vehicle. Sales numbers attest to that statement as Chrysler managed to market 118,274 Pacifica minivans during 2017. What’s more, projections for 2018 are even more encouraging if the first half of the year is to be believed. The 2019 Chrysler Pacifica carries over without any significant changes, but that was to be expected. A vehicle that offers elegant styling, an abundance of space for both the passengers and their cargo, an intelligent fold-down seating solution, an upscale interior, a comfortable ride, and fuel economy that ranges from good to great for its class is any family’s dream. So, why would FCA ruin something that’s bringing home the bacon?!

Like before, the new Chrysler Pacifica too will come in two different forms. Conventional models will continue with their 287-horsepower 3.6L V6 engines mated to new 9-speed automatic transmissions. Despite having ample power, they still manage to return up to 19 mpg in the city and 28 mpg on the highway. The plug-in hybrid Pacifica, on the other hand, returns up to 84 MPGe or 32 mpg combined when the engine kicks in (10 mpg more than the conventional model). This efficiency comes thanks to a couple of electric motors and a 16 kWh lithium-ion battery pack. Moreover, the Pacifica plug-in hybrid allows up to 33 miles of electric-only drive. In an age of increased interest in crossovers for family transportation purposes, the Chrysler Pacifica minivan stands out as one of few traditional, yet contemporary alternatives. 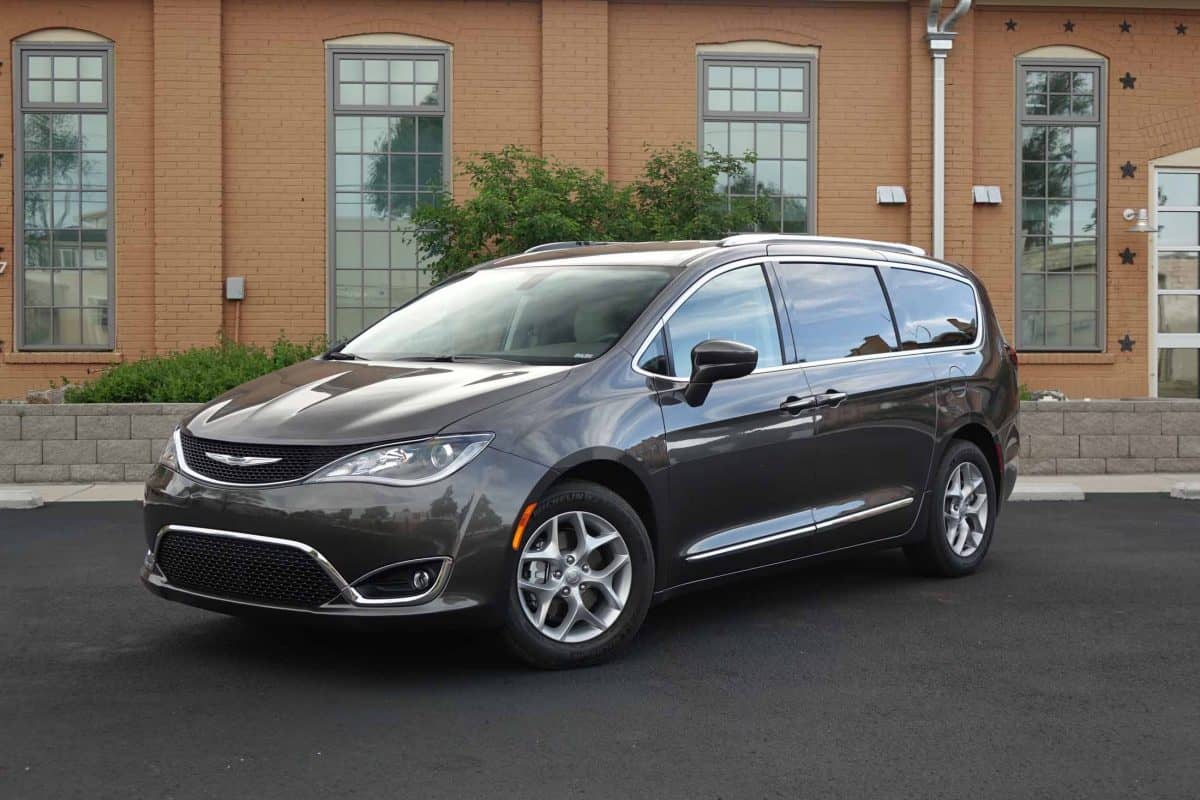 What’s Not In the New 2019 Chrysler Lineup

The Chrysler 300 notchback sedan is a perfectly fine upscale full-size car, but its 2011 roots are beginning to weigh heavily on it. It’s currently one of only three available FCA sedans alongside the striking 2019 Alfa Romeo Giulia and the powerful 2019 Dodge Charger. The Chrysler 300 may be lacking the personality of the other two, but at $5 shy of $29,000, it’s one of the most affordable premium full-size cars out there. Ride quality and handling aren’t its strong suits, but no one can deny its spaciousness and interior quality – especially in higher trim levels. The FCA brass are reportedly planning on keeping the 300 alive until 2021 by which it would be a decade-old car. Due to a lack of any relevant info at the moment, we’re led to believe the Chrysler 300 will be a carryover for MY 2019.

As of 2018, the 5.7L Hemi V8 is only available as an option with the 300S and standard with the range-topping 300C. The powerful Hemi generates 363 horsepower and 389 lb-ft of torque, but guzzles fuel like there’s no tomorrow. The base engine, on the other hand, delivers 292 ponies in all but the 300S trim, where it makes 300 horsepower. The 3.6L Pentastar V6 yields the same 260 lb-ft of torque regardless of a chosen trim, however. The reintroduction of the mighty Chrysler 300 SRT-8 could spark things up, but that also won’t be happening for MY 2019.

The dynamic duo of Chrysler 300 and Pacifica will have to soldier on and carry the entire division on their shoulders until at least MY 2020 when FCA is planning to introduce a Pacifica-based crossover to bolster Chrysler’s ranks. The newcomer will be a welcome addition to the lineup which hasn’t featured an SUV since the Dodge Durango-based Chrysler Aspen bowed down in 2009. 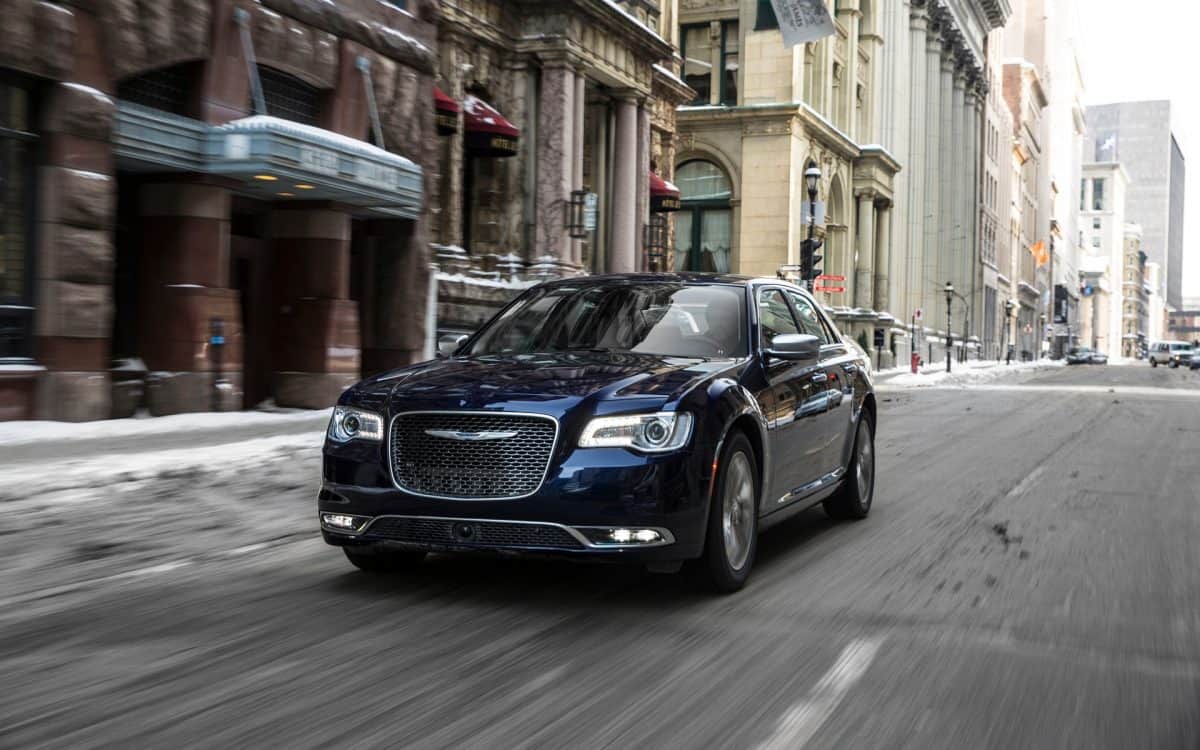 
AT Overland Aterra: Next Generation Flatbed Truck Camper
22 Underrated and Still Affordable Classic Cars
The Most Dangerous Road in the World
What Happened to the British Automotive Industry and Where i...
EVs To Storm Nevada Desert In The Great American Off-Road Ra...
7 of the Best 2021 Coupes