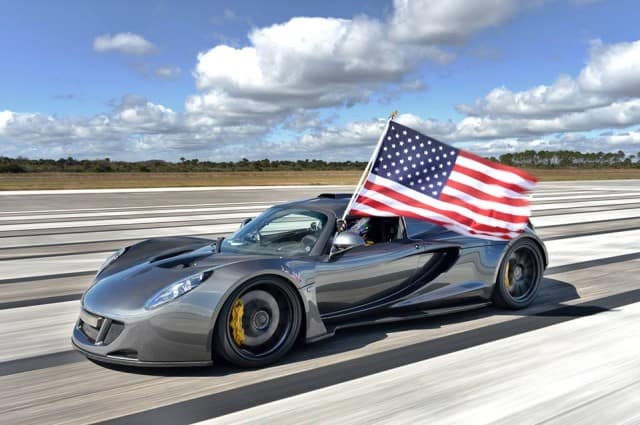 There are many things that define America including Super Bowl, Taco Bell, the Constitution, and of course fast cars. Speed is an integral part of American life. It’s part of our DNA and if you want to prove this fact, just put an American of any age behind the wheel of any fast car and watch their face glow with anticipation as they floor the gas pedal. We love speed which is why decided to list the 10 fastest american made cars. 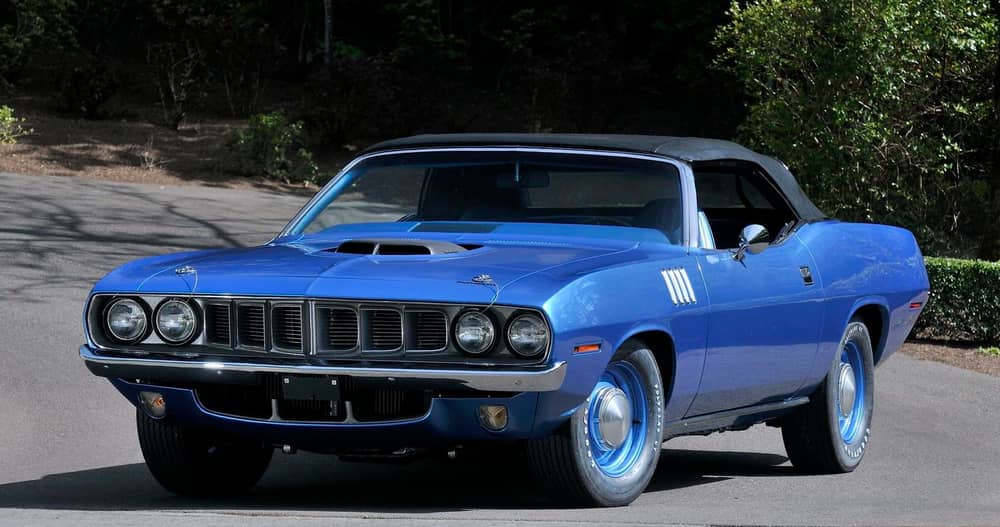 With rapid advances in technology increasing top speeds and horsepower by the day, and emissions and gas prices falling, car makers in the U.S. are in the midst of a golden age that is reminiscent of the 1960s and 1970s fast powerful muscle cars. The only difference is that we can now outdo Europeans in terms of producing cars with the finest performance in the whole world.

Americans have not only taken center stage in love for speed, but in the production of the fastest cars too. Speed is now democratized after generations of engineering tweaks and innovative designs. Our drivers have become even faster as high performance cars continue leaving our assembly lines. Here is a look at the 10 fastest cars exclusively made in the U.S.

What Is The Fastest American Car!? 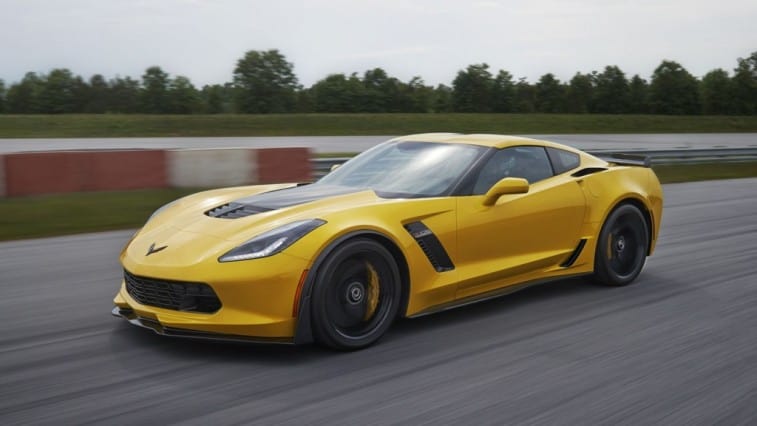 The current Chevrolet Z06 has a top speed of 185 mph and is refined in more ways than one. It comes with 650 horsepower and can do an impressive 0 to 60 in 2.95 seconds, which is pretty quick for most cars anywhere in the world. Optional Z07 package adds lightweight body panels, components and Michelin Pilot Sport Cup 2 tires which push the ultimate ‘Vette even further. 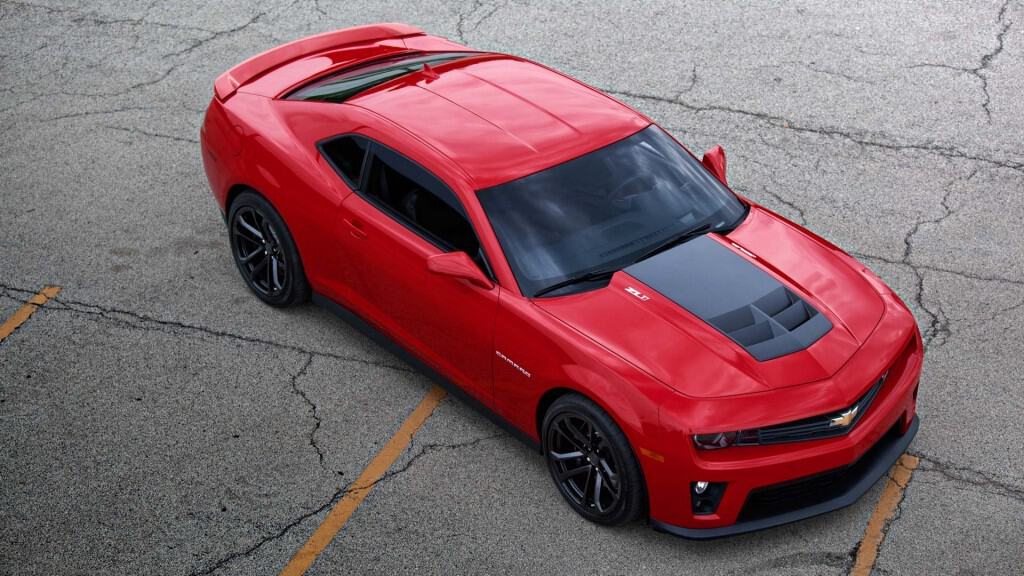 If our very own Ford thought it would exploit the old ZL1 inadequacies with the GT350, then it has another think coming. The latest in the line of all-new Camaros features 650 horsepower from a 6.2 liter V8 engine and is expected to become one of the most formidable rides in the market. The next generation ZL1, which was launched in 2017, is lighter, faster, and, of course, meaner. 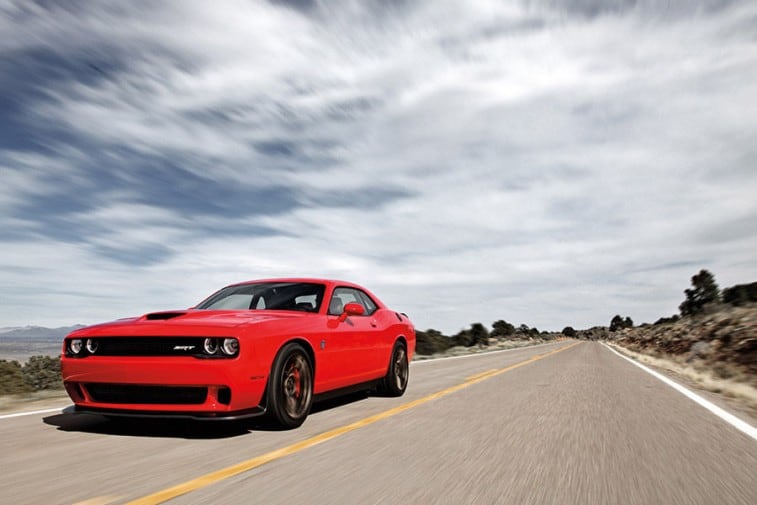 Honestly speaking, we still haven’t reconciled with the fact that the FCA geniuses managed to legally launch in the market a 707 horsepower car that does 0 to 60 in roughly 3 seconds and with a top speed of 199 mph for less than $60,000. Well, that’s one more reason to really love America. 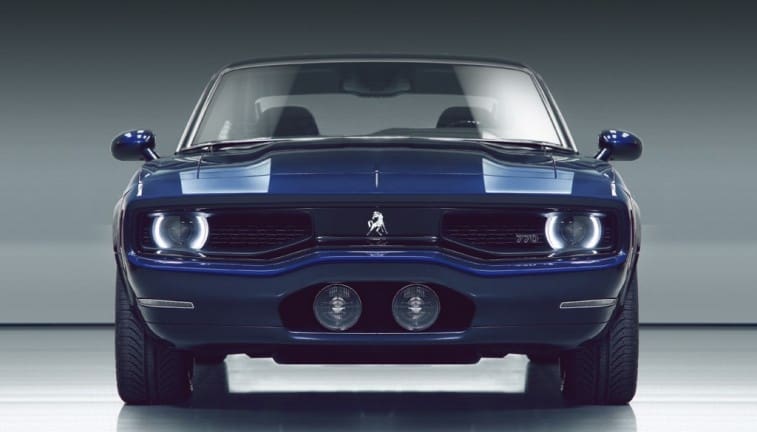 The Detroit built Bass 770 is a classic muscle car unveiled in 2014 as a 2015 model at the Detroit North American International Auto Show. Its 6.2 liter V8 engine is styled after the Chevrolet Corvette and comes with 640 horsepower and a top speed of 200 mph. This luxury retro-styled muscle does come with one major flaw, though. It costs at least $250,000. 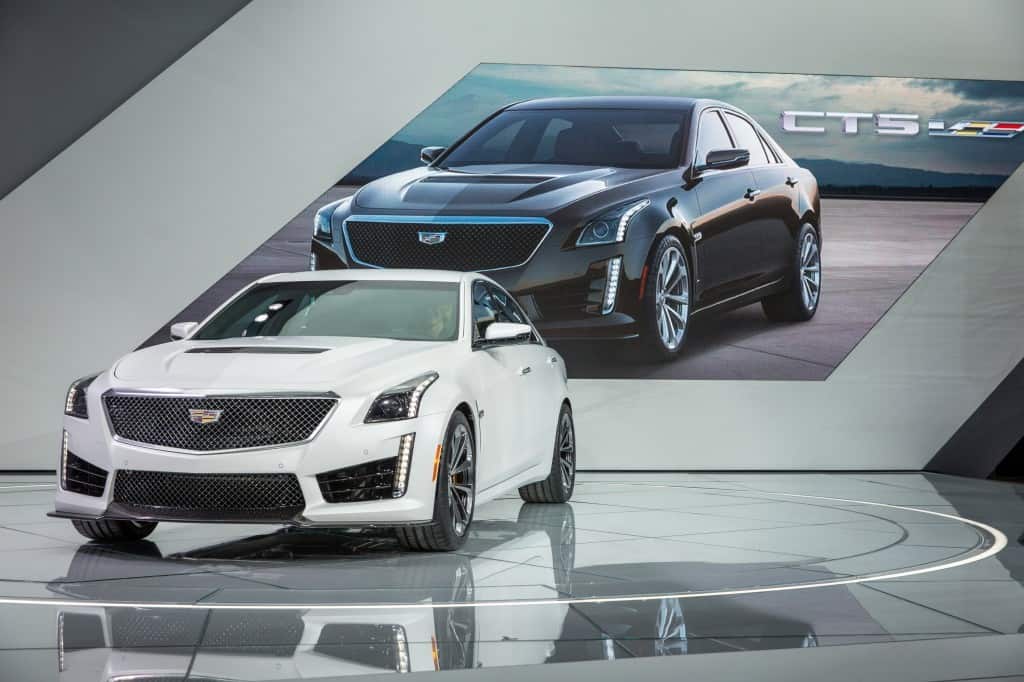 Known as the “four door Corvette” in some circles, this mean 2016 Cadillac has a supercharged V8 engine that gives it the impressive ability of going from zero to 60 in just 3.7 seconds. It has a top speed of 200 mph.

This is a fast sedan, faster than the CTS-V. In fact, it is indeed the fastest sedan produced in the world. It goes from 0 to 60 in 3.7 seconds and features a supercharged 6.2 liter V8 engine that gives 707 horsepower and a top speed of 204 mph. For just under $64,000, this fast sedan is worth every cent. 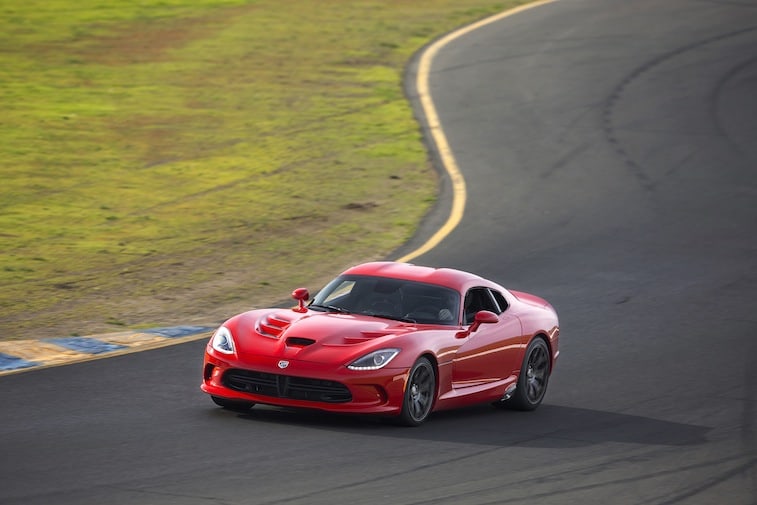 It looks like Dodge owns the top spots when it comes to horsepower. The Viper has an 8.4 liter V10 engine that provides a more than ample 640 horsepower and a top speed of 206 mph. It goes from 0 to 60 in just 3 seconds and has a price tag of $97,000 making it one of the fastest American cars ever produced. 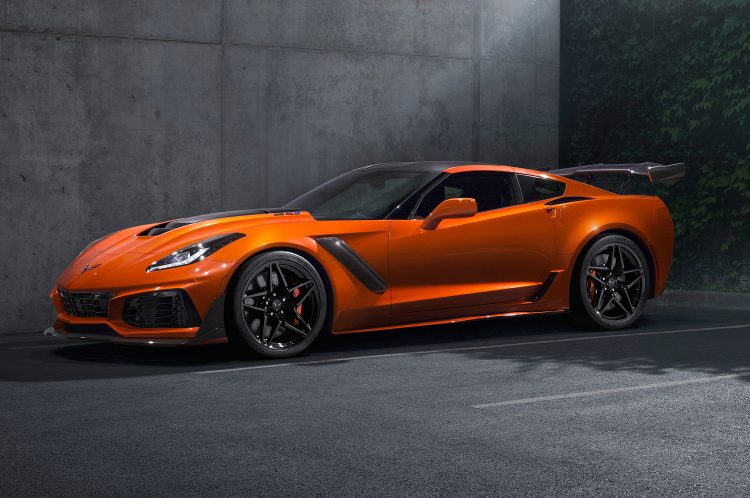 Spiritual successor to the C6 Corvette ZR1 from 2008 is officially the most powerful ‘Vette ever created. This 755-horsepower beast of pure Americana doesn’t only come with impressive top speed of 212 mph. It can also eat a quarter-mile in high 10s, while simultaneously hitting 60 mph in under 3 seconds. It’s nigh impossible to find a faster and more powerful car for $120,000 these days and we should be privileged one such is purely American made.

The Hennessey Venom GT was widely regarded as the fastest American car ever, up until recently. It has a top speed of 270 mph, which is faster than a Bugatti Veyron. In fact, it is the fastest production car worldwide if you count coachbuilders’ cars like Hennessey among production cars. Its 1,244-horsepower 7.0 liter V8 engine is twin-turbocharged. Made in Texas, the Venom has a price tag of $1.2 million and is without a doubt the fastest car ever made in America. Or is it? 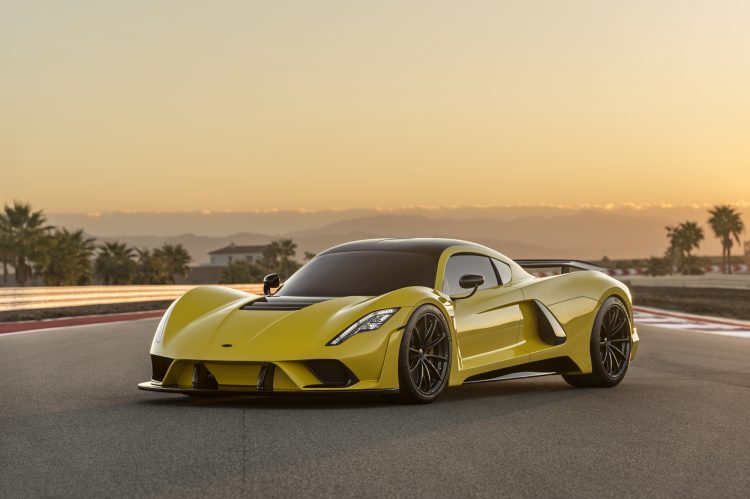 Figures aren’t official yet, but as you can see from the title above, the Hennessey Venom F5 has a strong case for being touted the next fastest production car in the world. Hennessey Performance have managed to squeeze as much as 1,600 horsepower and 1,300 pound-feet of twist out of 7.4L twin-turbocharged V8 powerplant. Whether Venom F5 succeeds or not, it’s already proven itself as a setback for the Bugatti Chiron. Again, whether it makes it past the 300 mph barrier or not, it’s definitely quicker than its predecessor the Venom GT, which effectively makes it the fastest American car around.

The following have been surpassed by newer models. Original lines remain for comparison’s purposes. 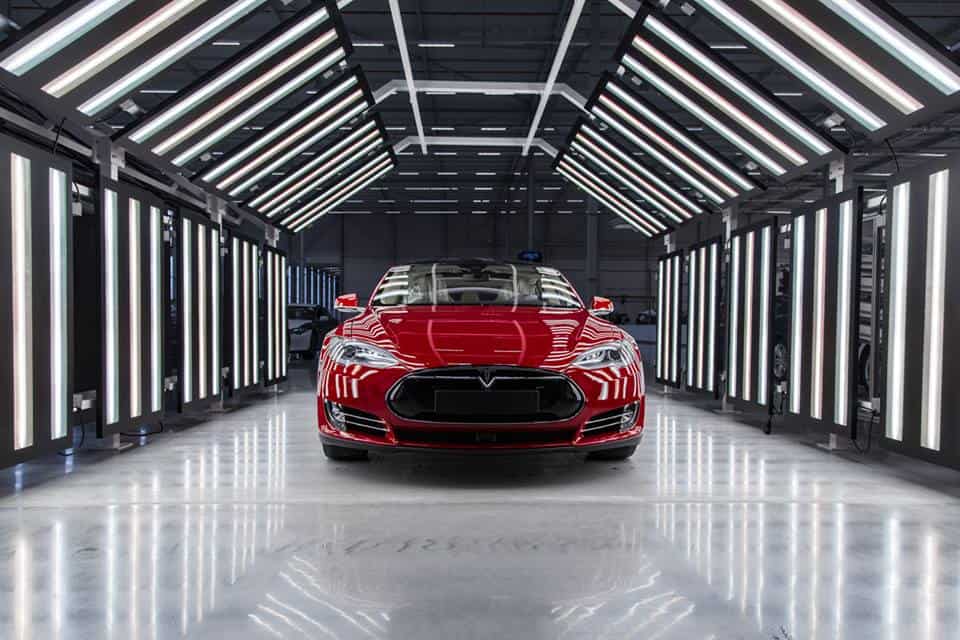 The Tesla P100D has a top speed of “only” 155 miles per hour similar to a Mercedes SUV. However, unlike other models in the 155 top speed club, the P90 comes with a 762 horsepower and an acceleration of 0 to 60 in around 2.5 seconds. That is no doubt impressive and mad even. So mad that Tesla calls it P100D with Ludicrous Mode. 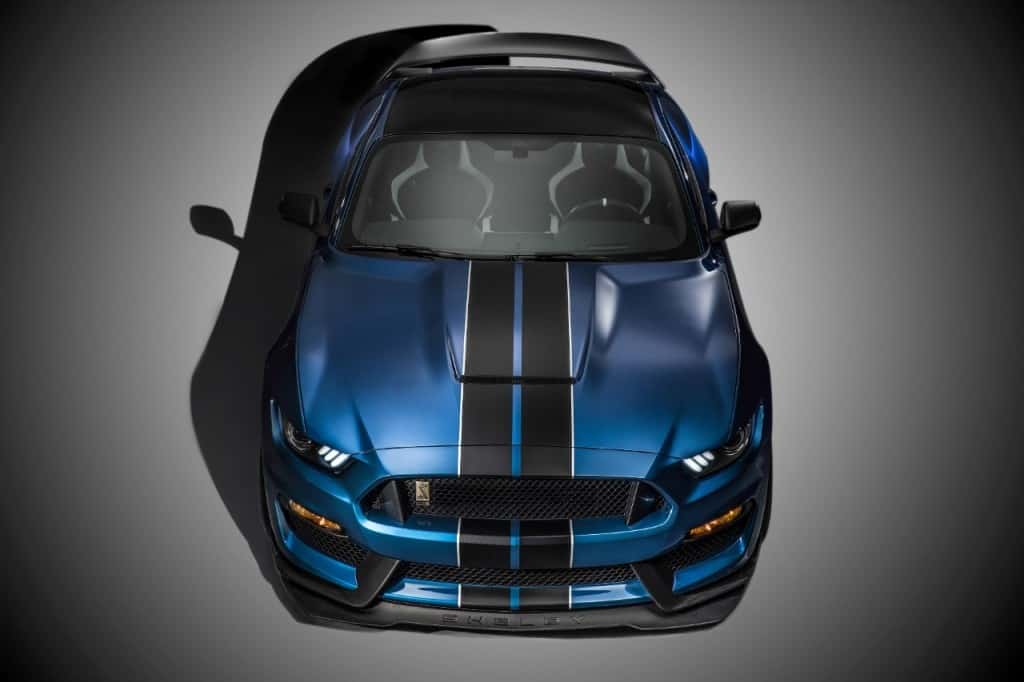 The GT350 is not just a straight line rocket that can do 180 mph, but can take corners at fast speed too. It goes through curves as good as Europe’s best can, if not better. What’s more, it does 0 to 60 in 3.7 seconds flat. With 526 horsepower coupled with 429 lb-ft of torque, the GT350 is indeed a power to contend with.


History of the Chevrolet Camaro Engine
The Best of 2021 Hyundai
Van Life: Evolution Of The Mercedes Van Cockpit
How to Find the Best Used Cars Under 3000
10 Coolest Japanese Cars Ever Built
The World’s Top 10 Oldest Cars