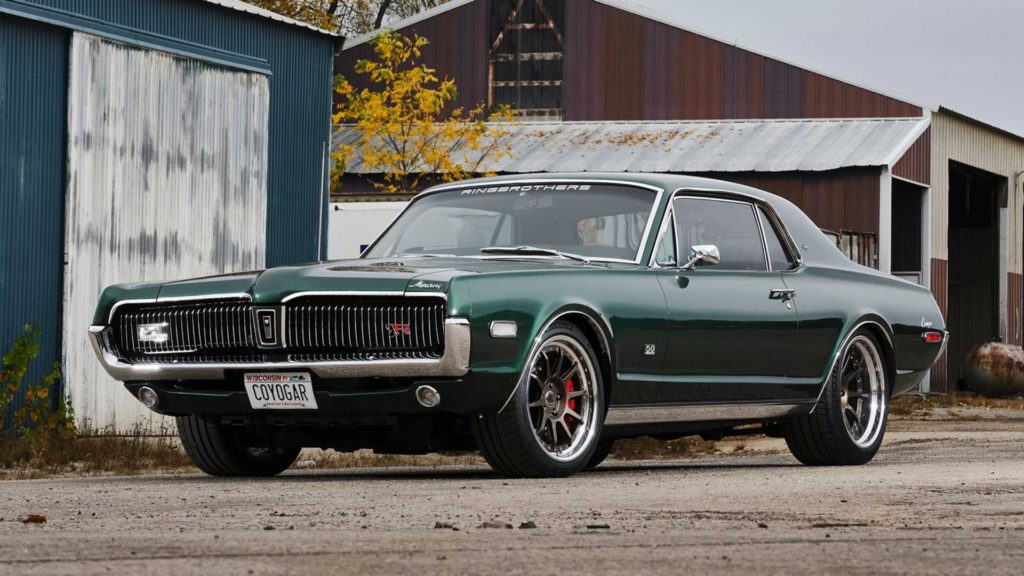 The Ford Mustang is unarguably one of the most influential muscle cars to have ever been produced. While its timeless styling played a key role in this success, a worthy lineage of V8s helped form this sales force’s beating heart. That includes the 5.0-liter “Coyote” V8 that powers the current generation Mustang (as well as the F-150 pickup). The engine has been a go-to choice for aftermarket tuners, and the folks at Wisconsin-based Ringbrothers have used it to revive a forgotten sibling from the Mustang’s past with their latest Mercury Cougar-based creation. The Ringbrothers Cougar “Coyogar” restomod is alive!

Ringbrothers is typically known for producing factory reproduction parts for vintage automobiles, and some of this expertise is evident when you gaze upon this 1968 Cougar XR7. Ringbrothers did a good job maintaining the factory fresh motif thanks to a new front bumper, re-finished chrome accents, and a handsome front grille. As a result, this elegant Cougar looks like it literally leaped out of the 1960s. The amount of detail here will keep you staring at this beautiful cat for a very long time.

Vibrant Green Exterior Pays Homage To The Past 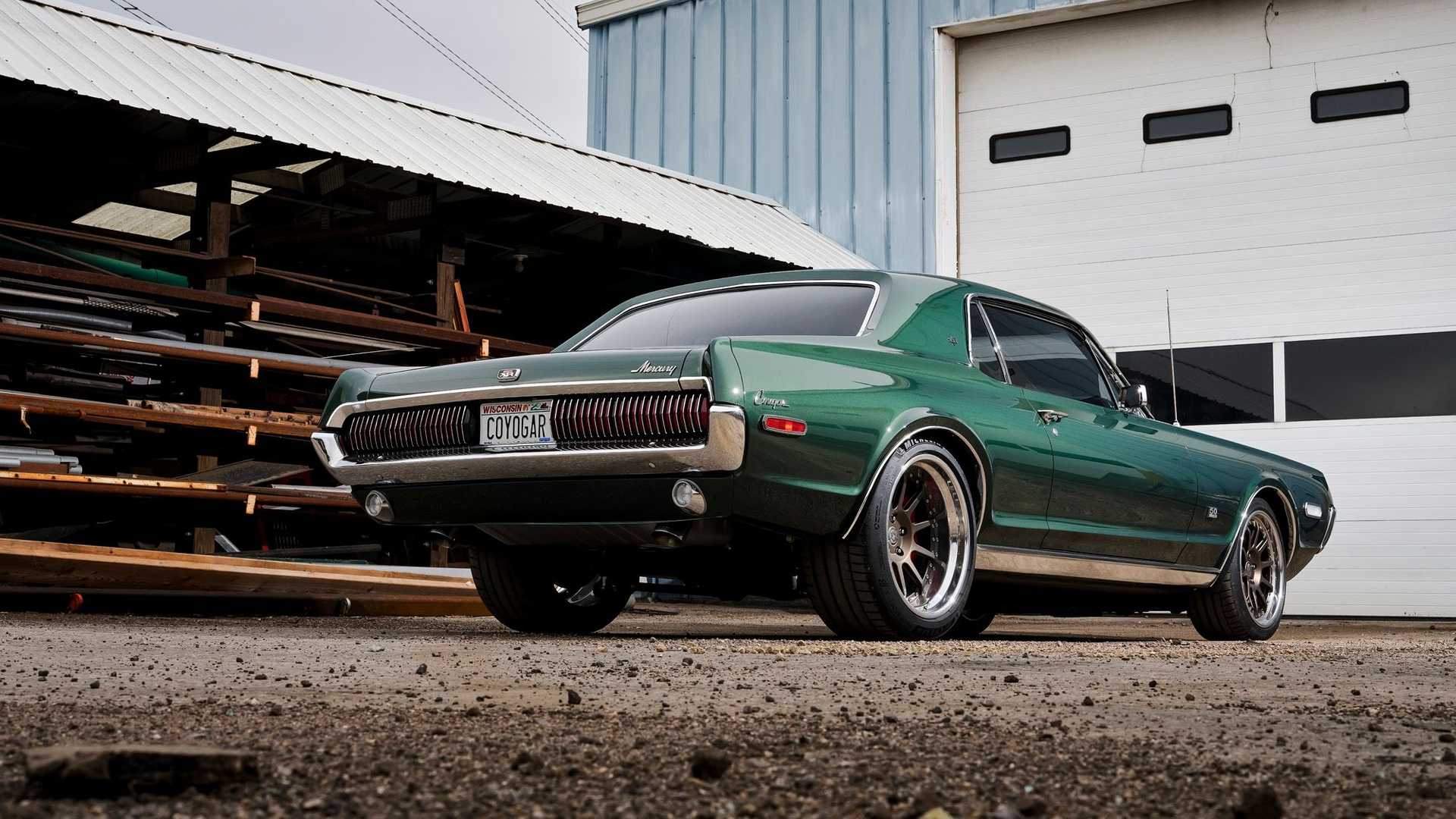 Some custom exterior appointments were added, but they were crafted to mesh with the bodywork and are also supposed to be as subtle as possible. The car features a coat of Augusta Green Metallic, an original Mercury factory paint color in 1968. But keen observers that might have seen the movie Bullit will immediately know that it’s another name for Highland Green which adorned Steve Mcqueen’s trademark Mustang in that iconic film. The car was also given new badging, including a “5.0” emblem that’s discreetly mounted on the front fender.

“We put our heart into each car we build, and this Cougar is no exception,” revealed Ringbrothers co-owner Jim Ring. “The finished product is mild and classy, yet any enthusiast instantly knows it’s not stock. I imagine this is what Mercury designers would have come up with if they were building the Cougar today.” 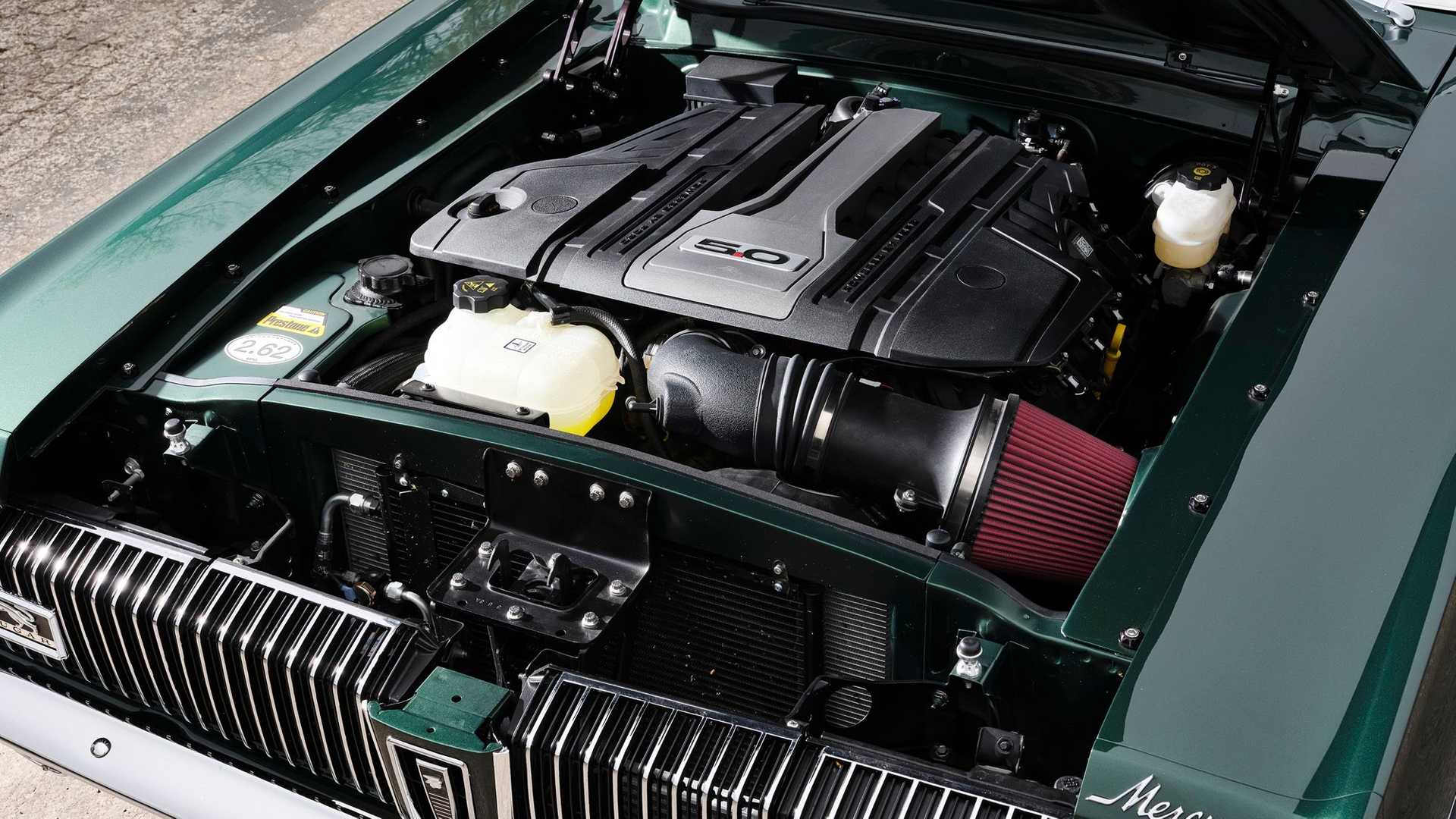 Ringbrothers chose to keep things in the blue-oval family when it came to performance for their creation, with the Cougar being powered by a transplanted 5.0L “Coyote” V8, which retains its factory 460 hp rating. 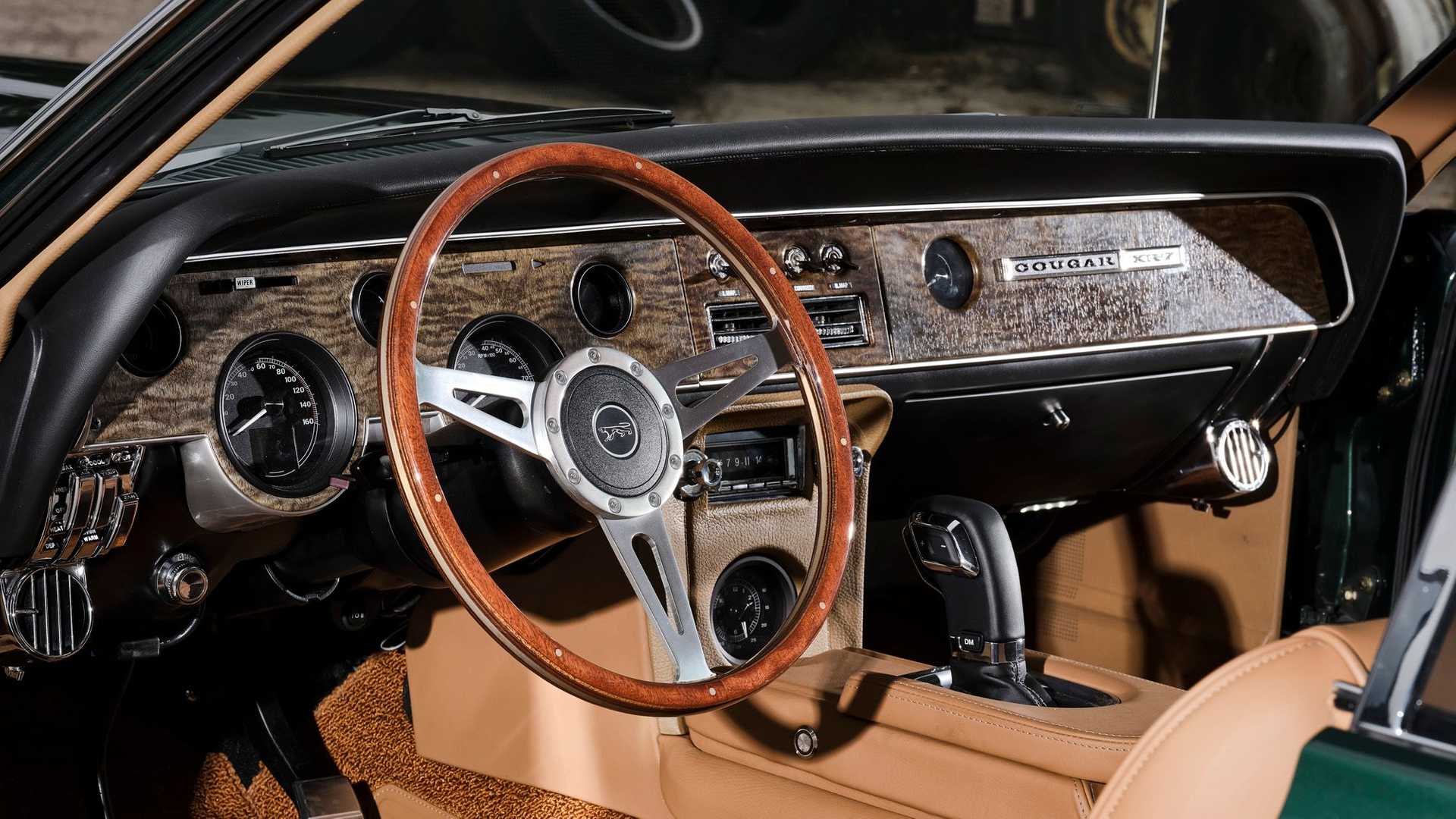 A 10-speed automatic grafted from a Ford F-150 Raptor is responsible for sending all of that power to the rear wheels, but the steering-wheel-mounted shift paddles are noticeably absent from this build. However, the lone flaw is the shifter itself, which looks very out of place in the otherwise retro-inspired cabin and is a garish reminder of the Raptor’s contribution.

But this kitty goes far beyond being a mere straight-line rocket, with Ringbrothers also overhauling the Cougar’s suspension with help from DSE sourced components, while big modern disk brakes help reign in the fun when it’s time to stop. Rounding out the upgrades is a Flowmaster exhaust to help the engine reach its full octave range and HRE Series C1 three-piece forged wheels that come adorned with a copper finish. 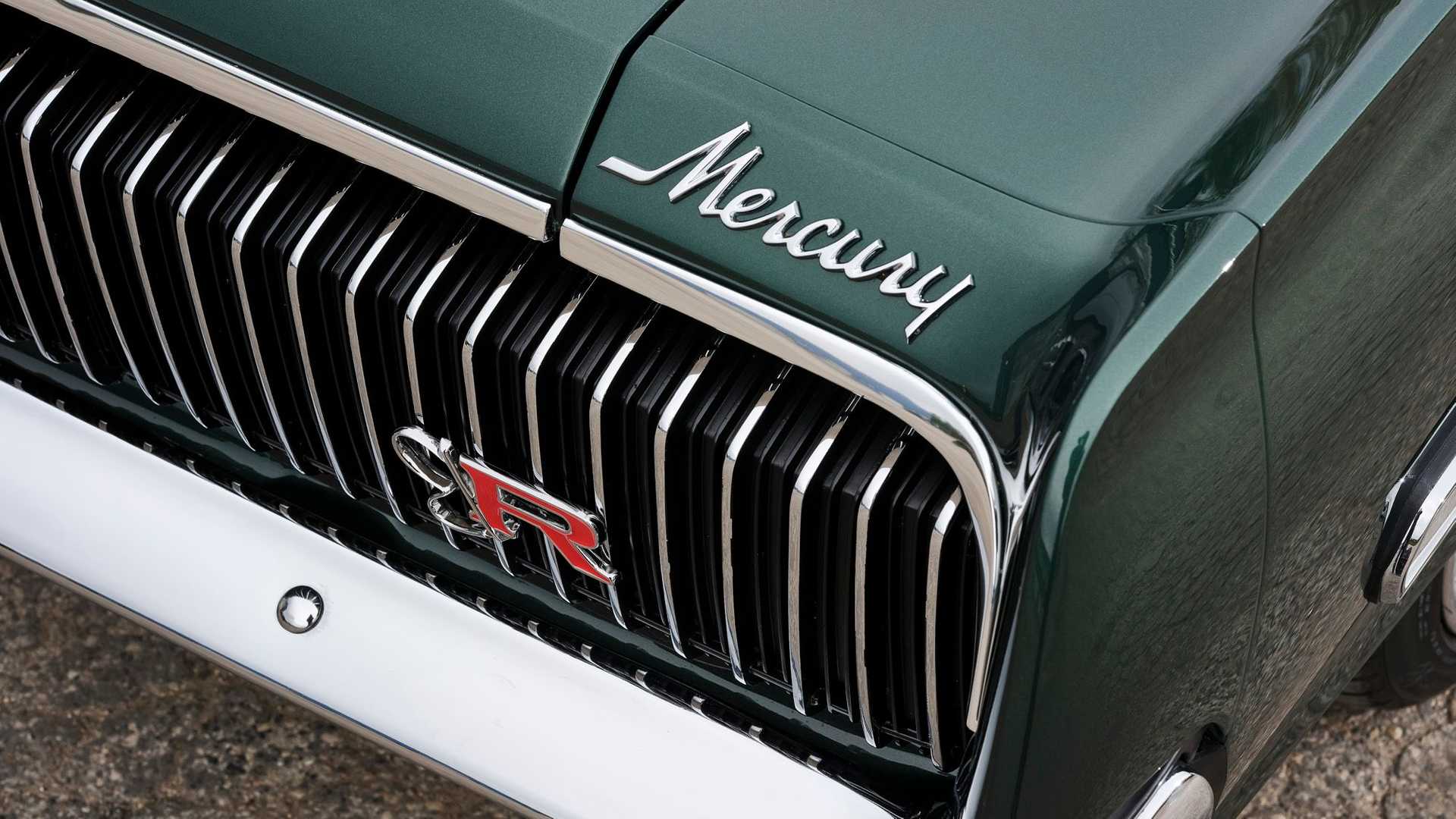 Ringbrothers didn’t reveal the full extent of the costs involved in this one-off custom vehicle, but we are sure it is well into the six-figures. It did confirm that it originally planned to show the car to the public at The SEMA Show, where it regularly debuts its creations, but the ongoing COVID-19 pandemic forced it to scrap that idea.

Ringbrothers is confident, though, that the Cougar will make its real-world public debut soon-ish. In the meantime, first-gen Cougar owners can buy some of the exterior pieces directly from Ringbrothers to help recreate some of this custom’s curb appeal on their own vehicles.