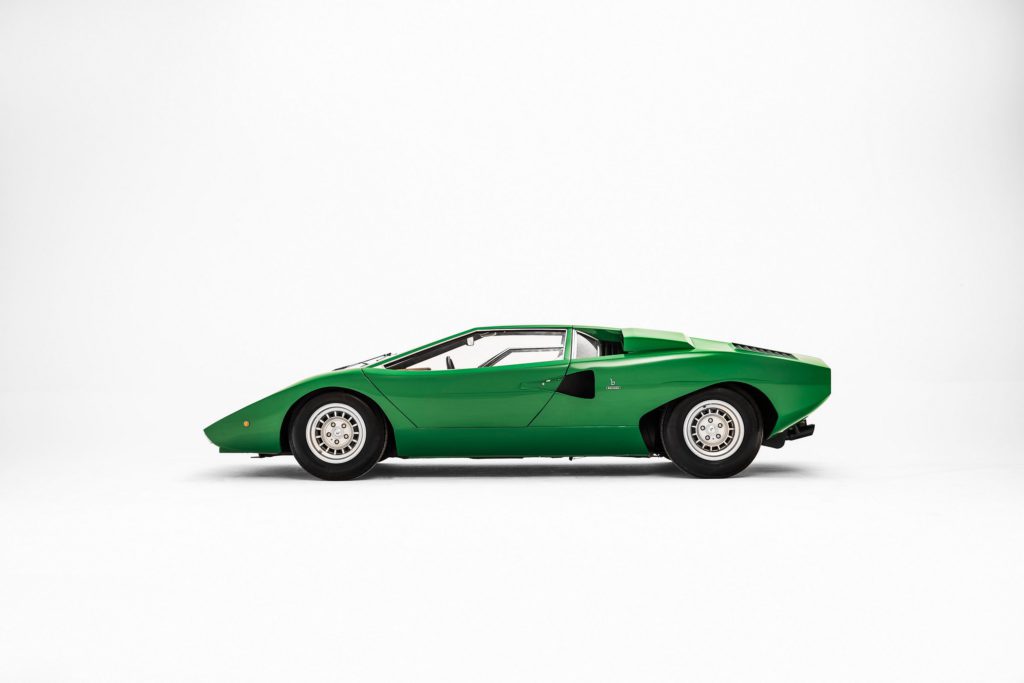 If you picture the Lamborghini Countach in your mind, there’s a good chance that what you see in that picture is the 1980s monstrosity that the car turned into. More aerodynamic aids than a Boeing factory, massive and hideous bumpers, and fender flares that were as wide as the car itself. Before that, though, there was the wedge that launched a thousand copycats. The work penned by Marcello Gandini of Bertone was simple, elegant, and futuristic in ways the later cars could never be. The wedge was the beginning of the Lamborghini design DNA that we see to this day.

Fifty years from the first showing of the prototype, Lamborghini is celebrating that original work of art. Showing how it has influenced the automaker’s models to this day. Even its SUV.

“There are works of art that always remain relevant, and the form of the Countach is one of them,” is how current Head of Design at Lamborghini Mitja Borkert describes the icon. “Its design,” adds Borkert, “is comprised of perfect proportions, characterized by a very pure and essential approach. Its distinctive feature is the single longitudinal line that visually connects the front and rear parts.

Lamborgini Design Starts With The Basics 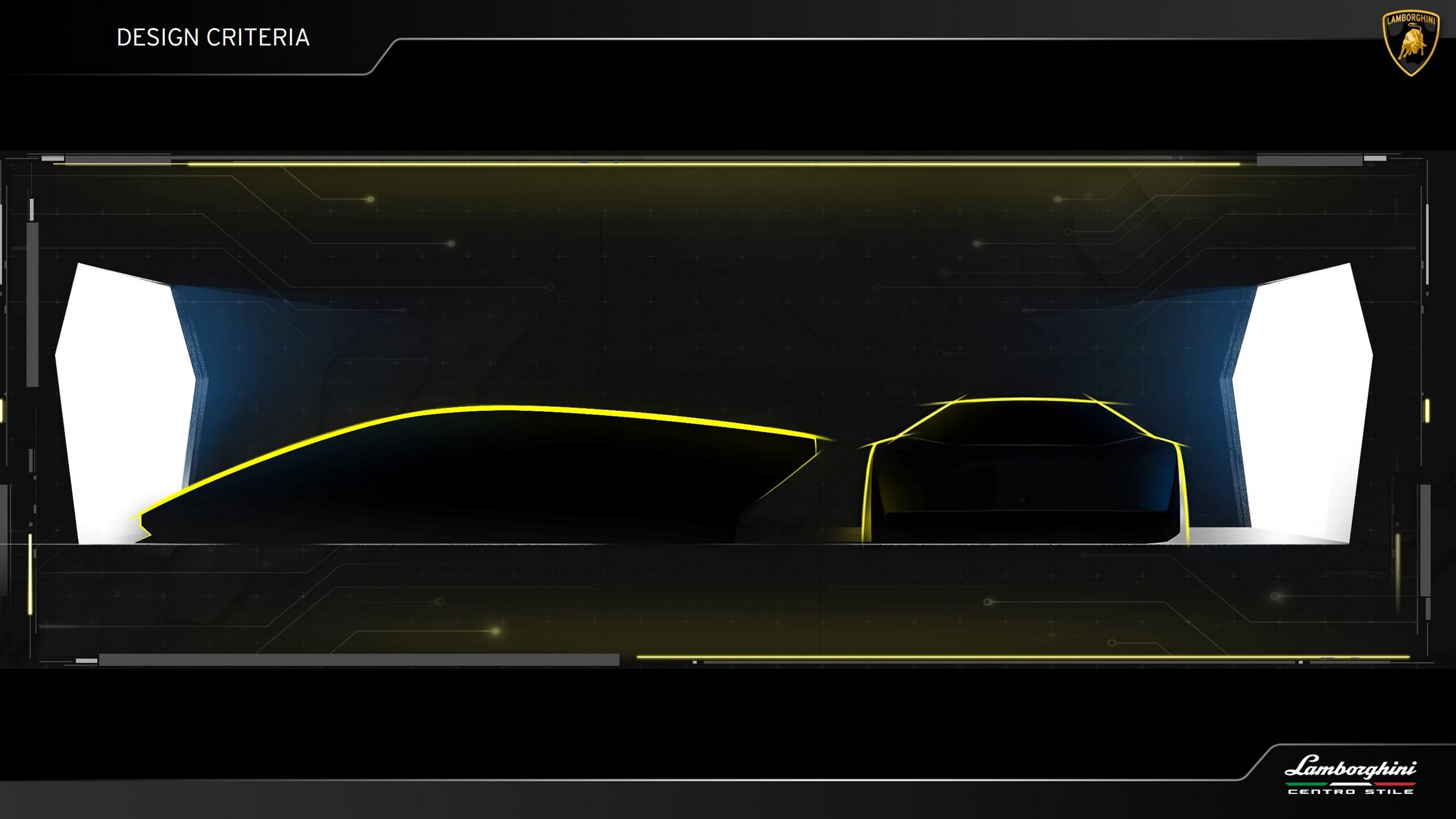 It starts with the low and diagonal lines on the hood that trace down almost into a perfect point. Lines that would horrify a modern designer trying to meet 2021’s pedestrian safety regulations. They’re matched at the back, though the rear meets at a flat space for the taillights and not the delicate chrome of the car’s nose.

A front windshield that nearly matches the angle of the nose, wide ducts ahead of the rear wheels, and the diagonal slash of the rear wheel arch all contribute to a car that must have looked like science fiction back in 1971. Imagine this sitting next to the expanse of crass vulgarity of a 1974 Ford LTD or Chevrolet Caprice for the true magnificence of the Countach.

The core of those lines survived into later years when the car gained more and more cosmetic add-ons to survive the fever dream of 1980s luxury (photos of the 5000 QV and 25th Anniversary cars, especially the US-bumper models are conspicuously absent from Lambo’s site). They’ve even made it, miraculously, into today’s lineup.

“From a stylistic point of view, it’s a perfect inspiration because, even when the rest is modified, the line is an element of visual continuity between past and present. It’s the epitome of the DNA in all Lamborghini design, the tradition of the stylistic language from the origins to the present day,” said Borkert.

In a series of sketches, Borkert traces, literally, the lines of the car from Countach to Diablo through the Murcielago to the Aventador. The smooth curve that stretches over the car from tip to tip as well as the slashed wheel arch. The wheel arch has changed more than most of the car, but that angled yet curved shape remains. 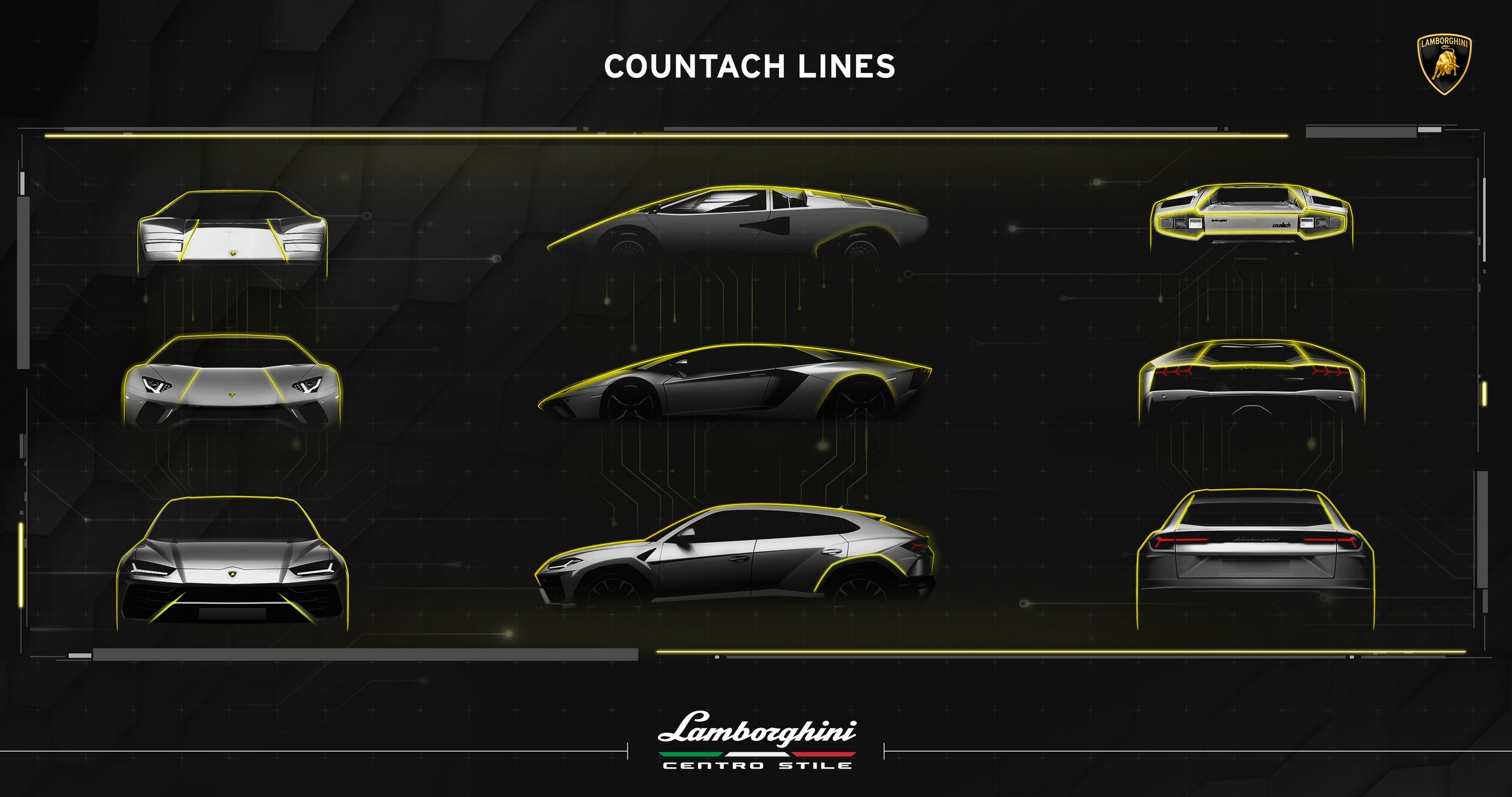 You’ll find the same thing in the profile of the Urus SUV, with the shape extending to the nose and tail. Look at the Countach and Urus head-on and both have the same inwardly-angled nose creases. On the original Countach it’s the cut of the front hood, on the Urus it’s the edges of the air intakes on the nose which meet with the hoodline and mirror outwards instead of continuing inward. It’s a way to modernize the design.

At the back, the modern LED Urus taillights and their housings have a bit of a resemblance to the shape of the rear of the Countach, but on this one point? We disagree with Lamborghini’s claim to the same shape. That’s ok, though we’ll have to defer to the designer as far as knowing from where he took inspiration.


10 Utterly Ridiculous Lifted Vehicles And 5 That Look Epic
How to Find the Best Used Cars Under 3000
10 Best 2018 Crossovers
SS Tuning Shows Us What the 2016 Ford Focus ST Sedan Should ...
2017 Steeda Q750 StreetFighter Mustang Is A 825 HP Pony Car ...
Kia Trail’ster Concept Is All The Soul You Ever Wanted