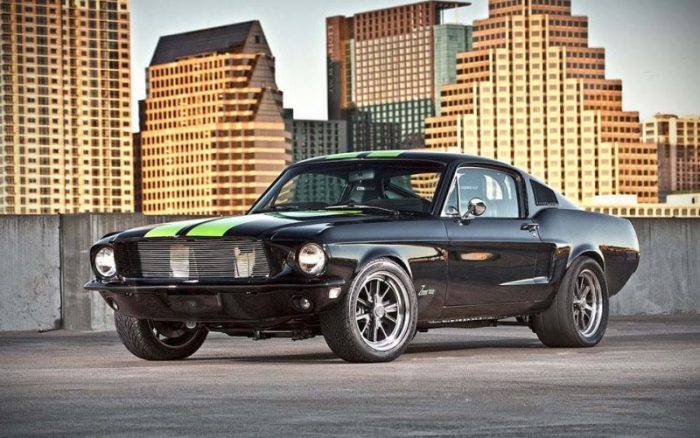 0 to 60 in under 2 secs is the next barrier for supercars. However there are vehicles, some street legal, that accelerate that quickly now. Let’s look at 10 of the quickest vehicles in the world right now.

I should note that this is not intended to be an all-encompassing list, but we looked very, very hard for any mention of a car hitting 60 miles per hour in under two seconds.

Unless the runs were verified either under sanctioned competition or by an automotive magazine know to have the test equipment required to accurately measure the performance, we passed over those references. We have included a few entries just for fun and comparison.

If you know of any vehicles that have achieved 0-60 times under 2.0 seconds that we missed, please pass that information along. However, please read the note at the bottom of vehicles we already know miss the mark. 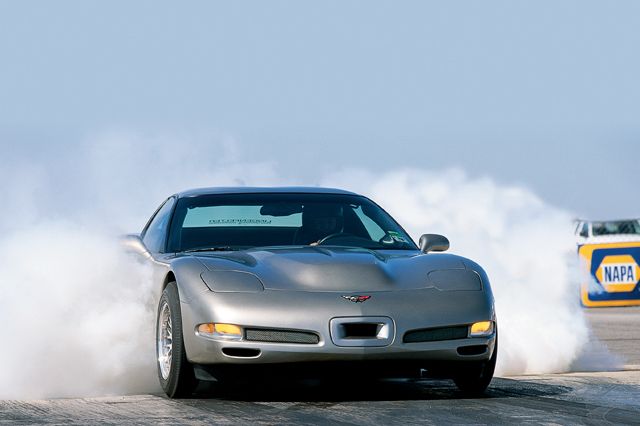 The team at Lingenfelter Performance carried on the late John Ligenfelter’s legacy by building the fastest, street-legal C5 Corvette. Power comes from a twin-turbo blown Chevy aluminum big block that produces 1009 hp. That’s good enough to propel the superfied Chevrolet C5 into the nine-and-a-half-second range at 145 mph, not bad for a fully-functioning street car on street tires. 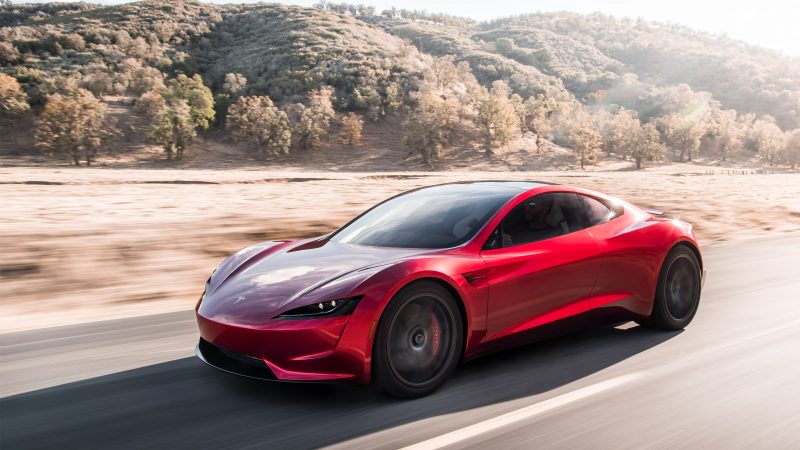 The upcoming Tesla Roadster II still hasn’t broken the 2 seconds barrier officially, but Tesla’s stellar reputation alone has forced us to trust them on this one. After all, their heavier and less powerful luxury sedan, the Model S, is capable of doing the same in just 2.39 seconds. The electric powertrain’s instant torque delivery is simply unbeatable these days. Especially when time is of the essence. And I dare you to name a place where time’s more essential than here. 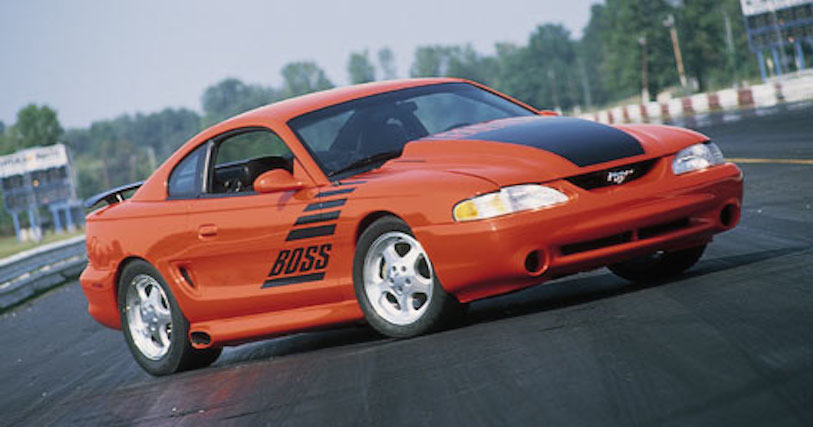 John Coletti and his team at Ford SVT must have been sitting around back in the early ’90s thinking about what they could spring on an unsuspecting public next. “What if” someone must have said “we put a Boss 429 in a Modern Mustang?.” And someone else said “let’s bore it out to 10 liters and really have some fun,” or a discussion somewhat along those lines. The result was exactly that, a ’94 Mustang with a Boss 429 that had been bored out to 9.8 L under the hood, producing 855 hp and could run a quarter in 10.55 seconds at 135 mph on street tires. 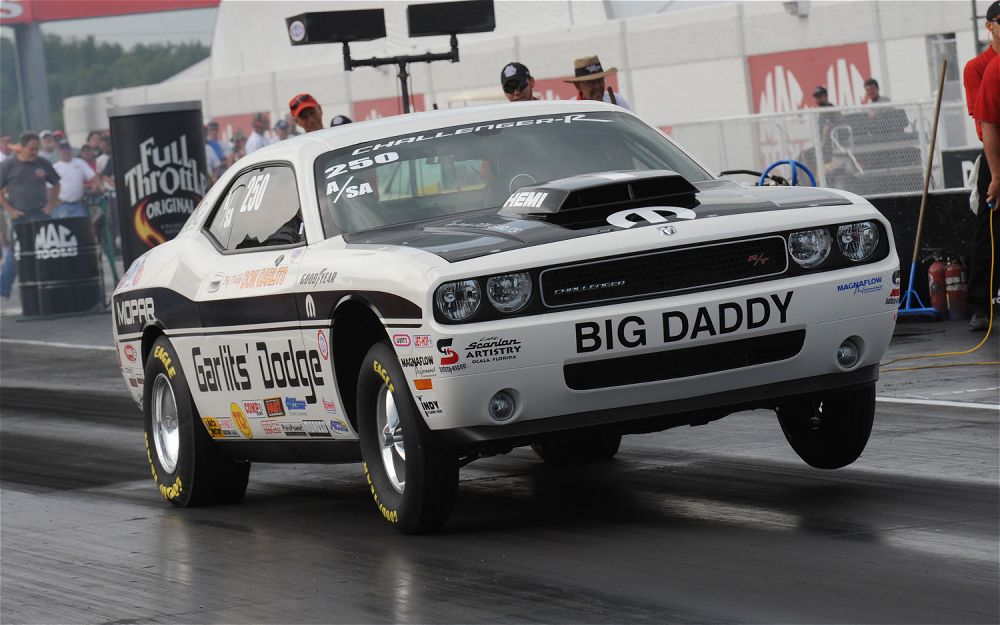 Back in 2011 Mopar released a track-only Dodge Challenger Drag Pak, powered by a V10 Viper motor that produced 600 hp. Almost immediately racer Dave Thomas broke the NHRA record for Super Stock at 143.90 mph and an ET of 9.43. Upon reviewing the data from the run  in his on-board computer Thomas saw that he’s hit 60 mph in a mere 1.8 seconds. 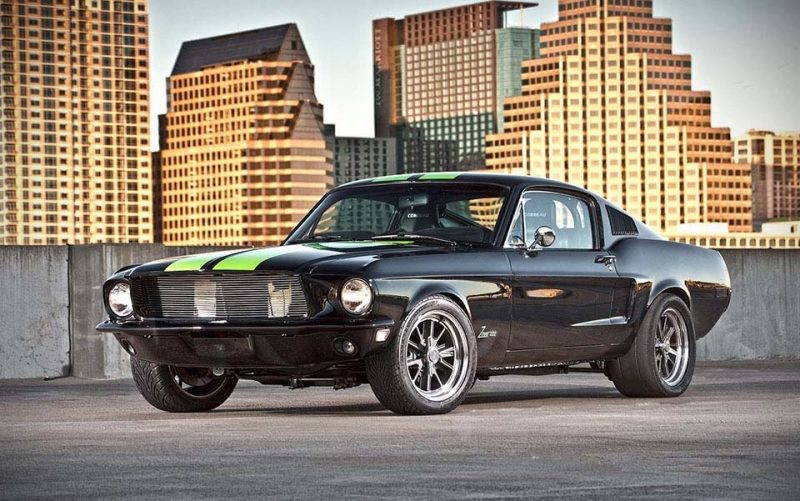 You have to look past this meticulously restored classic Mustang’s body in order to figure out how the hell it’s managed to record such an incredible figure. As you can imagine, the Zombie 222 is actually powered by a pair of 222-volt electric motors, together generating around 800 horsepower and 1,800 lb-ft of torque. Apart from a smoking 0 to 60 time of 1.79 seconds, this electric Mustang does a quarter-mile in 9.89 seconds at 140.6 mph. Truly amazing figures considering the conversion was done by rather small house called the Blood Shed Motors. Their moto: “Turn your hot rod into a lightning rod!” Need I say more? 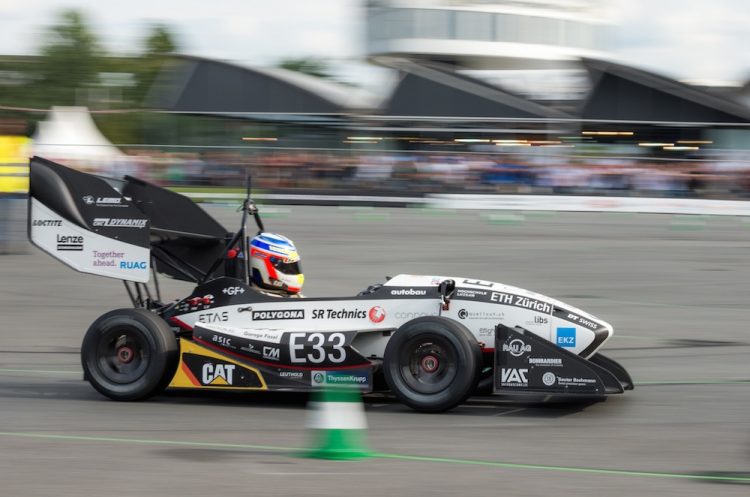 This tiny electric car was built for the AMZ (Academic Motorsports Club Zurich) by a team of 30 students from the ETH Zurich and Lucerne University of Applied Sciences and Arts in Switzerland. Made mostly out of carbon fiber, the all-electric Formula Student race car weighs only around 370 pounds. It utilizes four-wheel drive system with four separate electric motors – one at each wheel. All four of them develop 200 hp and 1,254 lb-ft of torque each. Furthermore, their effectiveness is greatly increased by the use of an onboard computer which applies traction control to each wheel separately. The AMZ Grimsel needed less than 100 feet in order to hit the 60 mph mark. 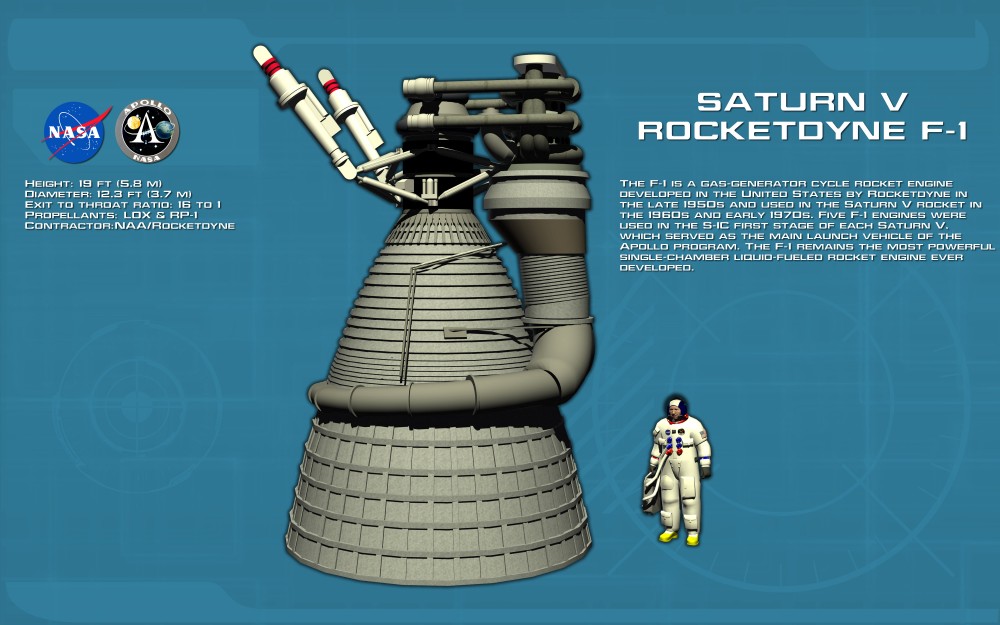 The first stage  of the mighty Saturn V rocket that took man to the moon was fitted with five Rocketdyne  F-1 rocket engines (the name has nothing to do with the race cars). Each produced 200,000,000 horsepower and gulped a  mixture of 1,738 gallons of RP-1 (a highly-refined form of kerosene) and  3,945 gallons  of liquid oxygen per second. It’s been said that astronaut Buzz Aldrin calculated the Saturn V fuel mileage at one foot per gallon. As Aldrin also earned a PhD (not honorary) in Astronautics from MIT, I don’ think there’s any need to double-check his math). 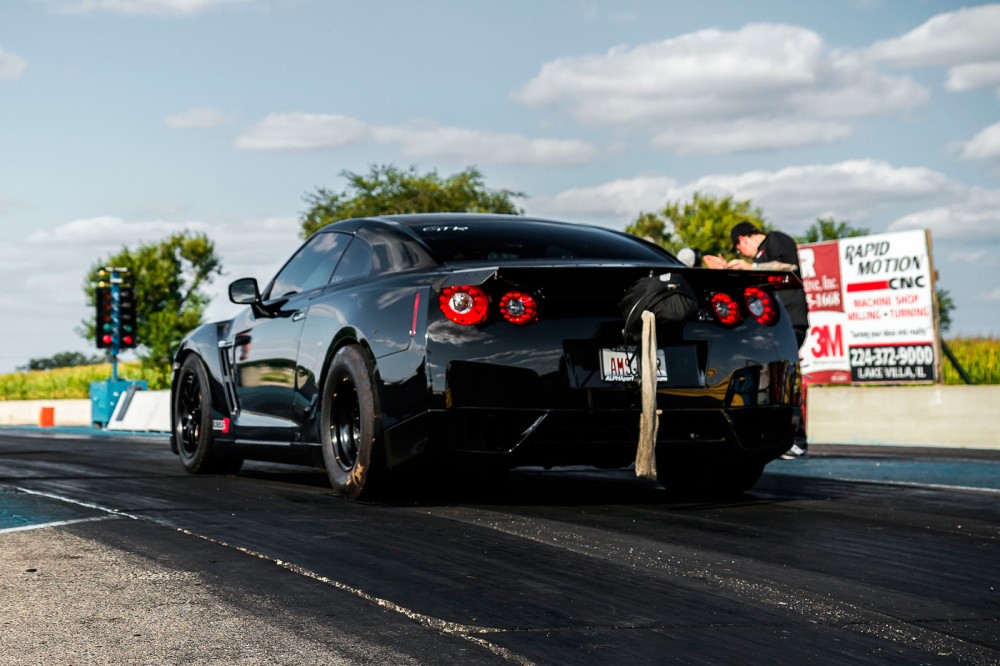 The team at AMS Performance own what may be the quickest street-legal car on the planet (although its runs were made on drag slicks). This summer AMS  took its 1455 hp Alpha Omega Nissan R35 GT-R to IHRA Sanctioned Milan Dragway in Michigan and set down runs close to 200 mph, with ETs in the low 7s. And the cost to do so was one R35GT plus a couple of hundred thousand dollars or labor and parts. 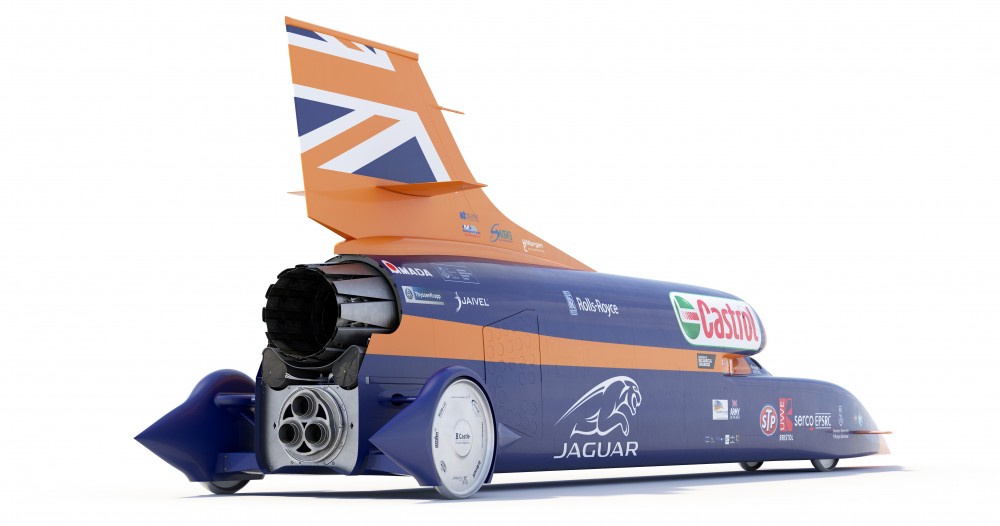 Seeking to break both its own Land Speed Record of 763 mph and cross the 1000 mph barrier, the team led by Richard Noble has developed an entirely new vehicle for the task. The Bloodhound SSC is a bit of a hybrid, as it has both a jet and a rocket engine (the Thrust SCC used two Rolls-Royce Spey 205 jet engines). The car is initially powered by a EJ200 jet engine, used as the powerplant of the Mach 2.0 Eurofighter Typhoon. Once the Bloodhound reaches 300 mph, a sophisticated rocket engine built by Scandinavian missile maker Nammo kicks in, boosting the Bloodhound to a targeted 1050 mph. 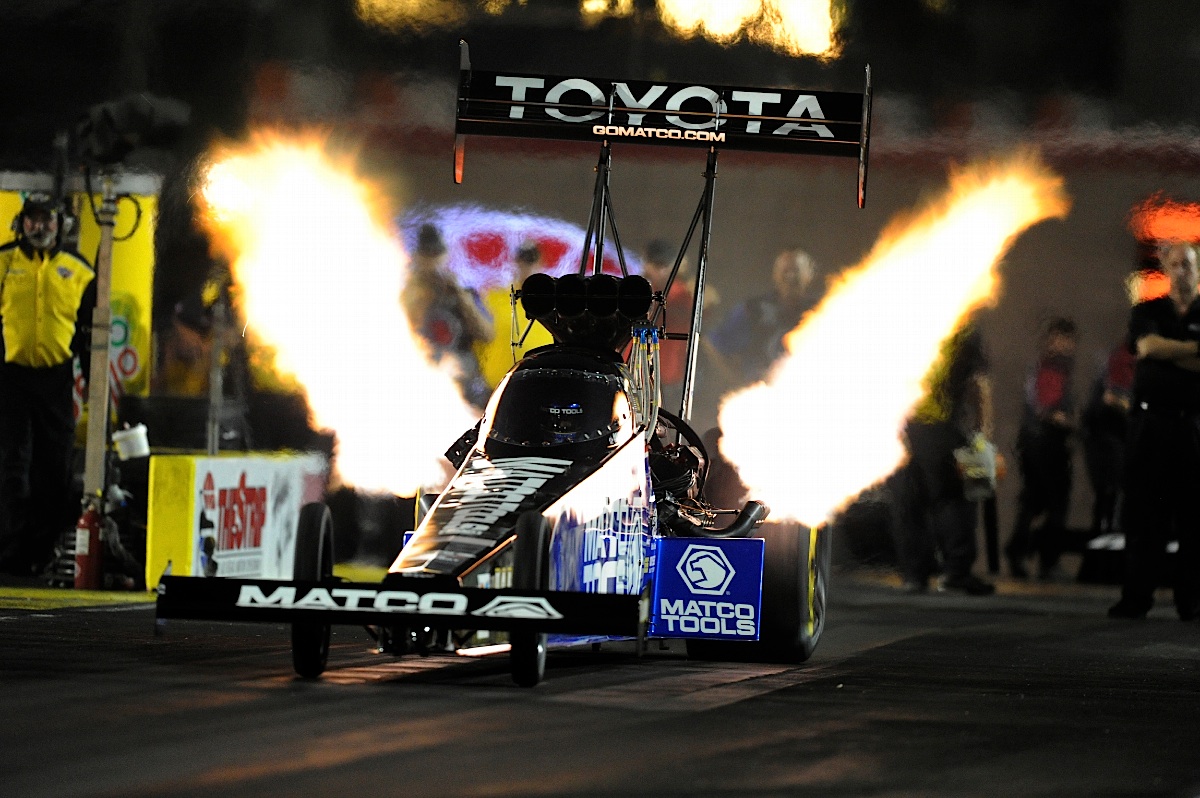 A Top Fuel dragster accelerates so quickly that its already passed 60 mph by the time the rear tires have crossed the start line (300 inches).  Powered by a 500 cubic inch V8 that’s based on the architecture of the ’60s Chrysler Hemi, the engine is machined out of solid billet aluminum with no water jackets – it’s cooled by the incoming fuel. By 2008 speeds had gotten so far out of control that the major sanctioning body, the NHRA (National Hot Rod Association) shortened the length of the timed portion of events where its top classes  run from 1/4 mile (1320 feet) to 1000 feet. Still the nearly 10,000 hp Top Fuelers can max out at over 330 mph.

Note: What didn’t make our list, somewhat surprisingly, are a MotoGP bike at 2.2 second 0 – 60, and a Formula 1 car at about 2.1 seconds. We also know that there are several NHRA Pro Classes and some Sportman Classes that can hit 60 in under 2 seconds, but we figured we’d stick to the factory-built Super Stock and the Top Fuel to represent the range.