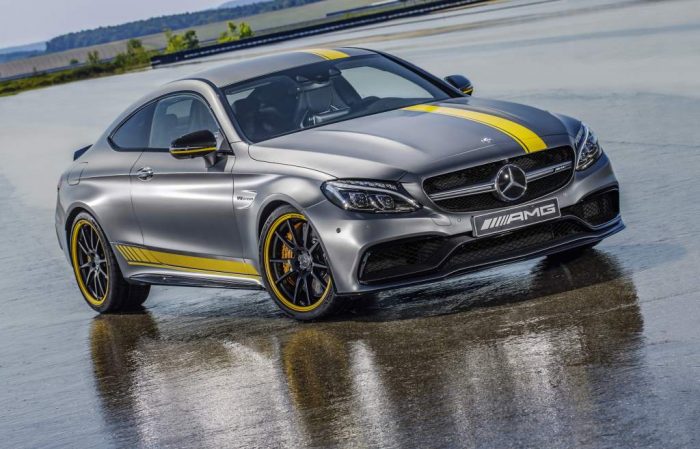 If you think that the new C63 AMG is hot then Mercedes prepared something really special for you. Called the Edition 1, these AMG cars are limited-edition only (although no one from Mercedes said just how limited) and with a whole apparatus of the AMG C63 underneath, the Edition 1 brings some impressive features only those who order it ASAP will get. 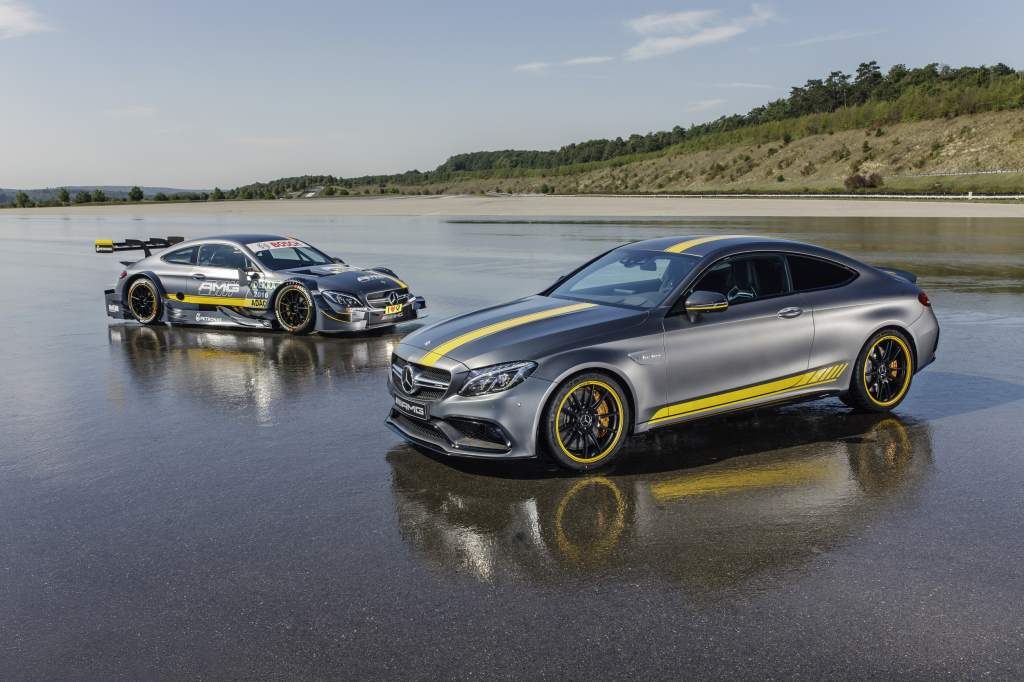 You may question the decision of Mercedes to offer the C63 Edition 1 as a special car, but they have quite a good marketing plan for it. See that racing C63 DTM racer on the pictures next to the Edition 1? Well, the Edition 1 went to the future and took some of the livery designs from the racer which will race in 2016. It already offers buyers the possibility to opt for various decorations which will additionally enhance the attractiveness of their coupe. 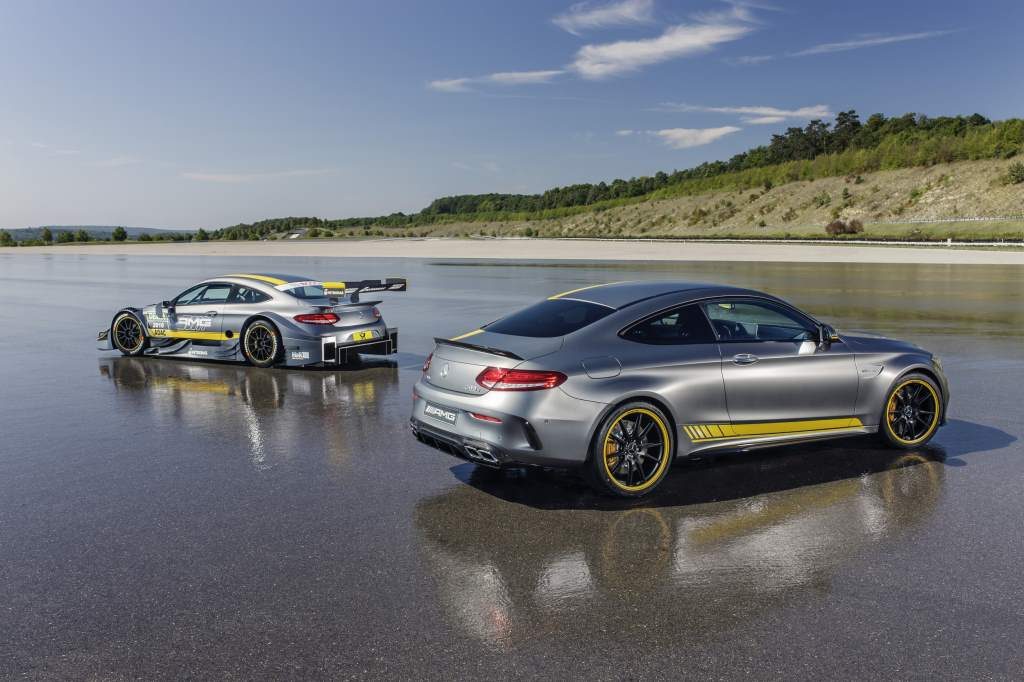 It seems that the lower powered car will have the price in the low 70K range while the more powerful monstrosity will be 10 grand more expensive. And, it’s not like you are only getting 50 HP more and nothing else. A whole wealth of improvements are awaiting you, including special Mango Selenite Grey matte paint, Performance forged 19-inch wheels (20 at the back), yellow film coating translated directly from the DTM racer, a ceramic high-performance compound brake system, high-performance tires, and a few other performance-oriented enhancements. 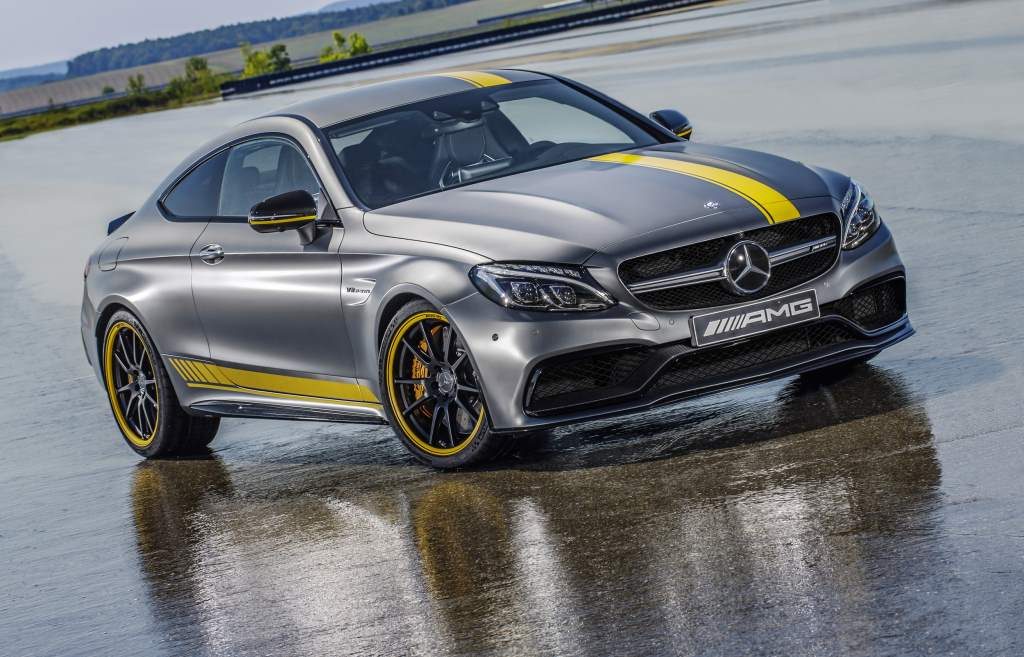 With it, the Merc is saying that you’ll get a car with almost racing specifications. Now, the other “non-S” version is definitely impressive, fast and intriguing, but it isn’t as close to the racer as the Edition 1 S. Taking many virtues from the top-notch version, the lesser Edition 1, however, lacks Sport tires and the ceramic high-performance compound brake system (although they are available as an option). Also, the yellow details from the outside were removed on the 459 HP C63 Edition 1, but all the exterior paints and the AMG Aerodynamics Package are available and dramatically enhance the sheer stance, looks and the drama of the car. 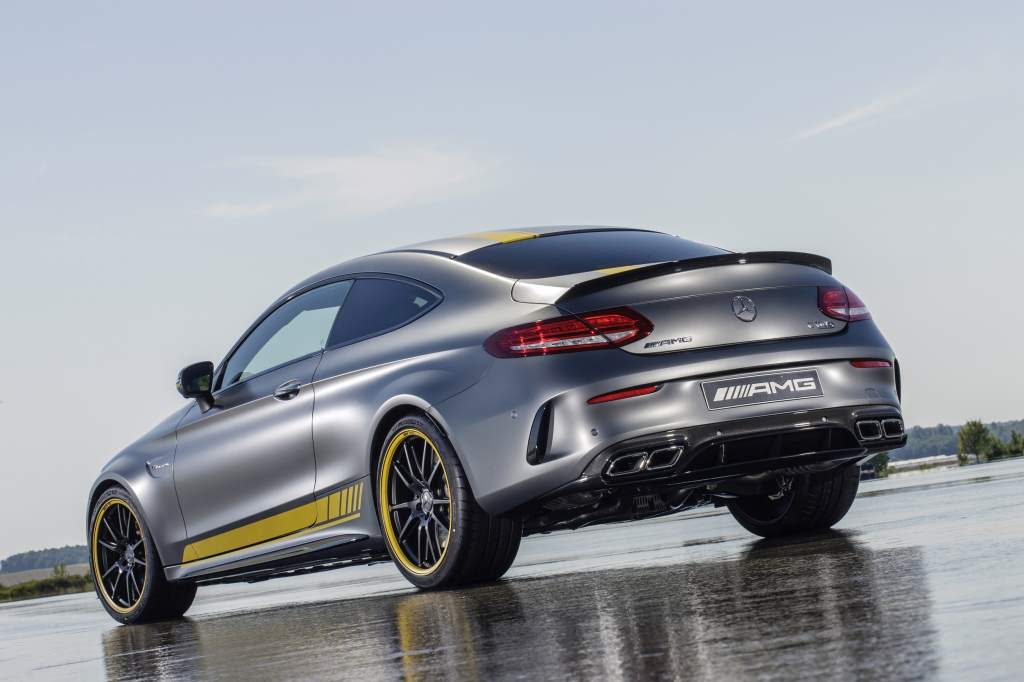 The inside will get any Benz lover a whole lot of exclusive and alluring features including the magnificent AMG Performance seats. These, with special stitching, some new plaques and a Performance steering wheel make the AMG C63 Edition 1 a vehicle worth fighting for. It will be a blast to make it go on track and to figure how it’ll behave against the best of the opponents. 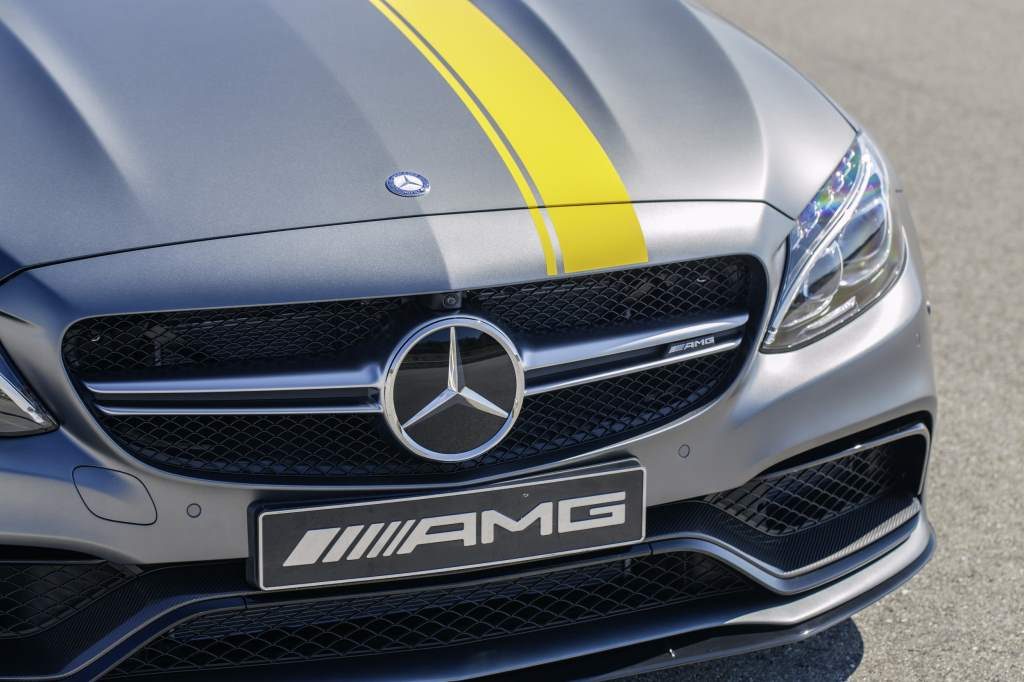 Considering the fact that the C63 AMG is already an incredibly awesome car, we have no doubt that this beefed-up, racing-inspired version will sway any M3 purists around. It’s also much more affordable than the Black Series AMG and you still get an awesome livery that just screams “I’m not like the others!”

The C63 AMG Edition 1 also receives a new front air dam, side skirts, rear diffuser, and slightly beefed up rear spoiler. Perhaps the coolest part about this car though is that while it comes with 469 hp and 479 lb-ft of torque (503/516 for the S trim), this car is actually pretty manageable when it comes to daily driving.

It’s comfortable, stylishly and luxuriously appointed inside, and above all, it’s quick. If you turn off traction control, it will definitely give you something more interesting to deal with and while yes, you may end up fishtailing on a wet day (or even a dry one if you feel like roasting some expensive tires), this car is actually very practically balanced. 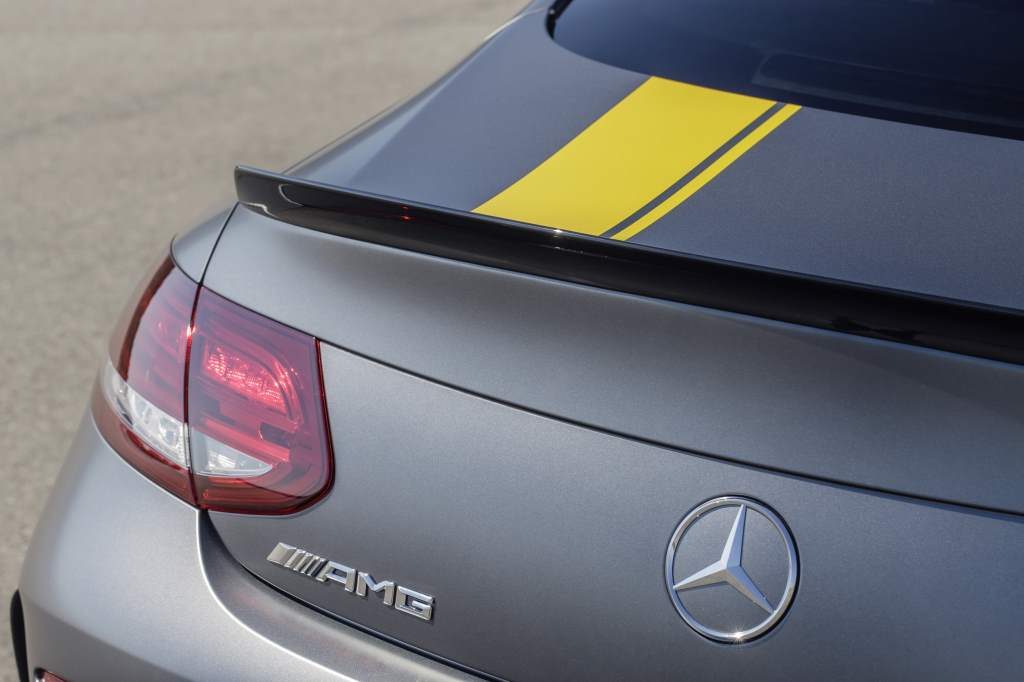 All in all, the Edition 1 C63 is worth the money. It’ll put a smile on your face whether you’re tackling windy roads or simply passing a big rig on the highway and we really can’t ask much more of a car than that, can we?