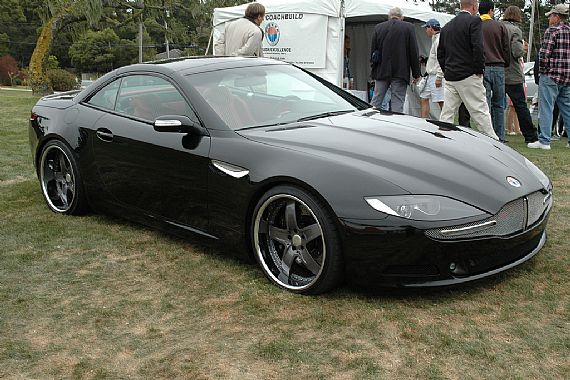 The Fisker Automotive Company founded in 2007 by Henrik Fisker and Bernhard Koehler. Henrik Fisker had a reputation for designing iconic vehicles throughout his career as well as working on several joint projects with Bernhard Koehler. Fisker was employed by BMW and during his time employed was credited with the exterior design of the BMW Z8. In 2001 Fisker was then employed by Ford Motor Company to oversee the designs for Aston Martin. During Fisker’s employment as Aston Martin’s design director he would become well known for his work on the iconic Aston Martin DB9 as well as the V8 Vantage. In 2005 Henrik Fisker and Bernhard Koehler would partner up to start Fisker Coachbuild.

The Fisker Coachbuild Company would produce aftermarket parts for high-end German vehicles such as the Mercedes-Benz SL and BMW 6-series. Fisker began designing aftermarket body panels and essentially redesigning both Mercedes-Benz and BMW vehicles with custom interior and exterior parts. The Fisker Tramonto and Latigo CS were two custom built vehicles that the company worked to produce 150 models of each. Fisker Coachbuild would add horsepower and reduce weight in these models and built them to the individual buyers taste. The problem was that in 2007 the company failed to deliver the total of 300 vehicles there were only 15 Tramontos built with one being fitted with a V-12.

In 2008 Fisker began work on the Karma which was to be the company’s first vehicle built entirely from their in-house design team. During the same time as Fisker was beginning development on the Karma the company was also doing the coach building works for Tesla Motors on their Model S sedan. In April 2008 Tesla filed suit against Fisker as the company claimed that several technological designs from the Model S were stolen and used in the Karma. And in 2009 the case was settled in the favor of Fisker.

2009 was supposed to be the year where Fisker introduced a production version of the Karma. The Karma would be a plug-in extended range type hybrid vehicle that offered luxurious amenities as well as efficiency through a drivetrain setup that utilized a gasoline four-cylinder engine that would essentially work as a generator to produce electricity the battery pack that would in turn produce power for the electric motors that would drive the vehicle. The vehicle would produce over 400 hp thanks to its two electric motors that are connected to a 20 kW battery pack. The vehicle has the ability to run completely on its battery power and once the battery is depleted the gasoline engine automatically engage to produce electricity. Since the vehicle was also plug-in you can charge the battery pack in around six hours time. The Karma was to be set at a price around $100,000 usd and although orders being placed the vehicle would be hit with several manufacturing delays that would cause the vehicle to finally start deliveries in the summer of 2011. 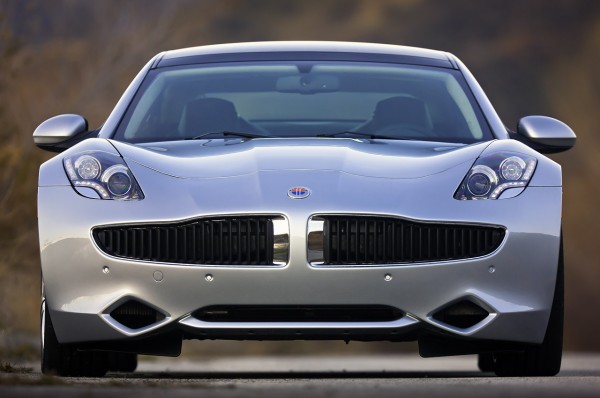 The Fisker Karma would be a well received vehicle by celebrities and other public figures but would have it shares of public relations problems. The Consumer Reports automotive testing facility purchased the vehicle from a dealer unbeknownst to the company and had a mechanical mishap as the vehicle would not shift into gear with a total of 20 miles on the odometer. The vehicle had to be taken to the dealership for repair. This would prove to be one of many issues that the company would face as an automotive loan from the U.S. government to the sum of nearly $529 million that was set on conditions that the company delivers 30,000 hybrid vehicles for the U.S. market. The loan came under scrutiny as did several others as they were deemed frivolous expenditures by some members of Congress. As a result the Department of Energy pulled the loan from Fisker leaving the company to build capital on its own. It was around this time that Henrik Fisker would step down as the active CEO to take a seat as a board member. 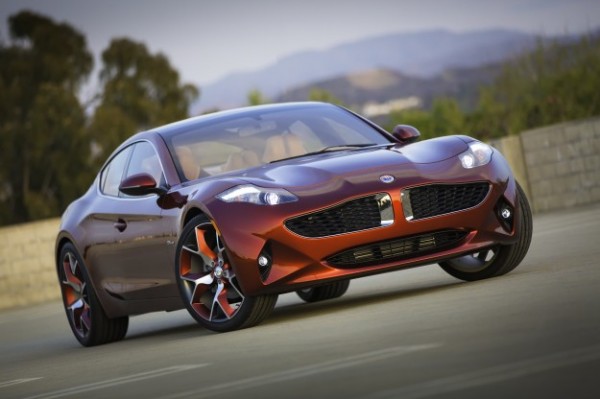 As of 2012 the company was still committed to producing the new Fisker Atlantic which was to be an extended range vehicle similar to the Karma that offered a four-cylinder powerplant manufactured by BMW. These vehicles were manufactured in the Boxwood Road Plant which was formally owned and operated by General Motors. The Boxwood facility employed around 3,000 to 5,000 individuals in and around the Wilmington, Delaware area which was a major boost to the local economy.

Unfortunately, it wasn’t meant to be for Fisker, and 2013 proved to be a disastrous year in the history of Fisker Automotive. Henrik Fisker resigned due to managerial differences with the rest of the Fisker’s executives. Fisker’s departure rocked the company, and the remaining management team laid-off 75% of the staff and slowed down production while trying to deal with the aftermath.

With mounting financial issues, it was clear that Fisker could no longer continue and would be forced into bankruptcy. However, a last minute purchase offer from the Chinese Wanxiang Group – a parts supply company – saved the firm. Unfortunately, Fisker is no longer able to trade under the Fisker name, and instead manufacturers and retails under the “Karma Automotive” banner instead.


The Top 26 Automotive Innovations of All Time
28 Famous Car Enthusiasts And Their Celebrity Rides
Extremely Rare and Cool Special Edition Packages and Limited...
These Special Edition Cars Weren't so Special
The Best Of 2021 Lamborghini
Best of 2019 Alfa Romeo