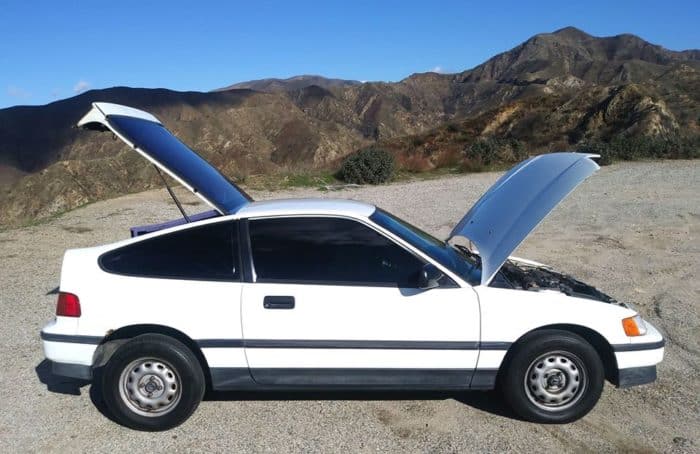 I’ve long been intrigued by the Honda CRX. It’s a classic compact sport hatchback of which 380,000 were sold in the U.S. alone between 1984 and 1991. A mini-marvel of Japanese design and engineering, the distinctively cute front-wheel-drive “Rex” has earned enduring cult status among tuners and gas-thrifty commuters alike. But does the CRX ownership experience live up to the hype? 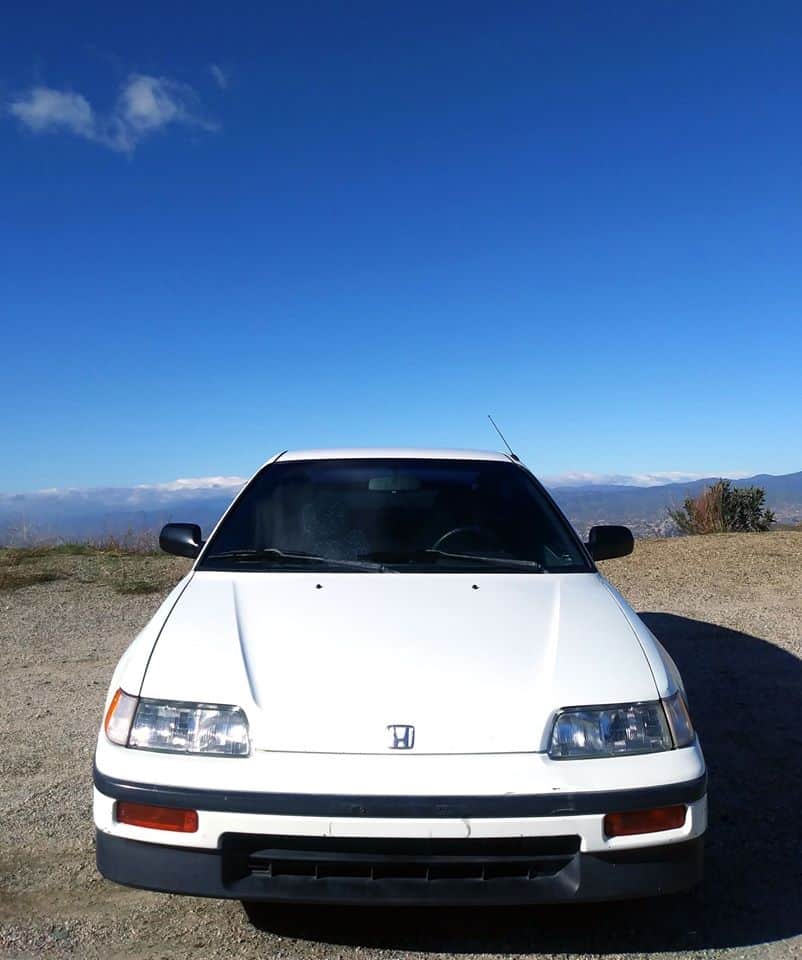 A couple of years back, I finally found an excuse to satiate my CRX curiosity when my workplace unexpectedly moved to fully 40 miles from my Los Angeles home. Replacing my 17-mpg SUV with the famously fuel-efficient, Civic-based CRX (known as the Honda CR-X in Japan) suddenly seemed like the smart thing to do. But I knew I wanted the more stylish and sophisticated second-generation version (1988-1991), with 4-wheel double-wishbone suspension.

As my commute featured both stop-go L.A. freeways and the city’s famously congested surface streets, I sought out a relatively rare automatic-transmission model (which was only offered in the standard “DX” trim). I found a white Honda CRX 1988 DX on Craigslist for $2,700. It had 161,000 miles – low for a 30-year-old car that can top 300,000 miles if treated right.

The catch with CRXs can be mechanical and aesthetic issues resulting from questionable mods by amateur tuners. While you’ll usually pay more for an automatic, due to their scarcity, they’re less likely to have been hot-rodded by stick-lovin’ street racers. Mine was a case in point: the seller’s first car, which she’d kept as a seldom-used spare after marrying and upgrading. Other than wear items and an aftermarket stereo, it was all original and everything worked.

My newly-acquired ride was filthy and had rust spots from sprinklers, having been parked for years on the street. But driving it home from the Inland Empire that day beneath a setting desert sun lived up to all my expectations of nimble, unpretentious fun. 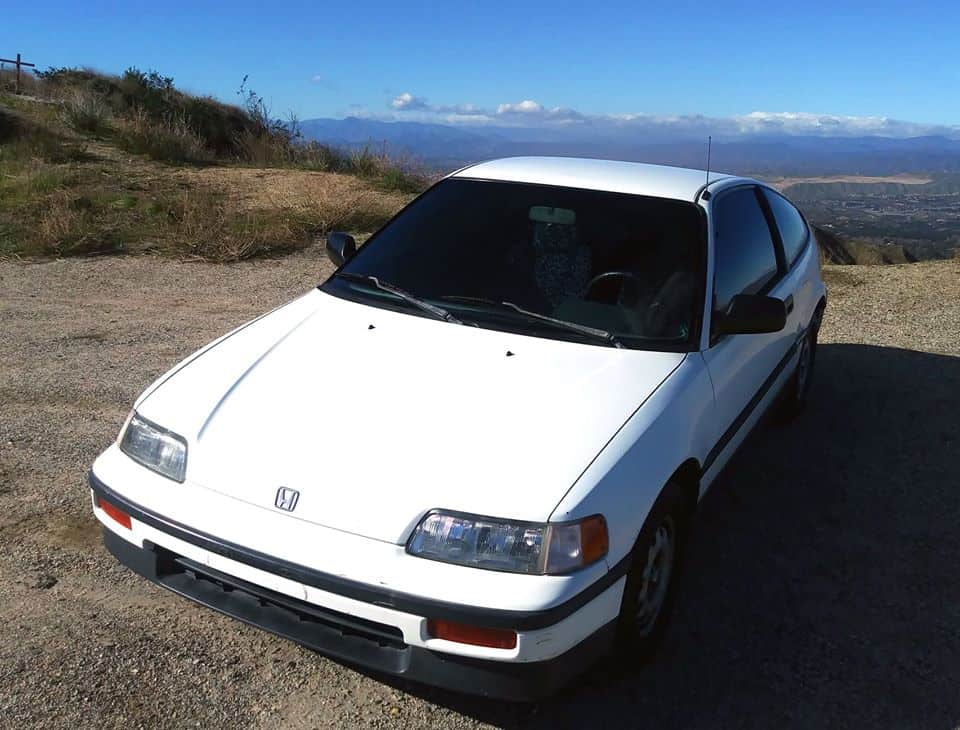 In a year of daily driving, my CRX always started the first time and had zero mechanical issues. I did have to immediately install air conditioning (originally a dealer-installed option). AC is crucial during the triple-digit summers in my area of Southern California. Luckily, I was able to source a generic AC compressor kit for only $300. 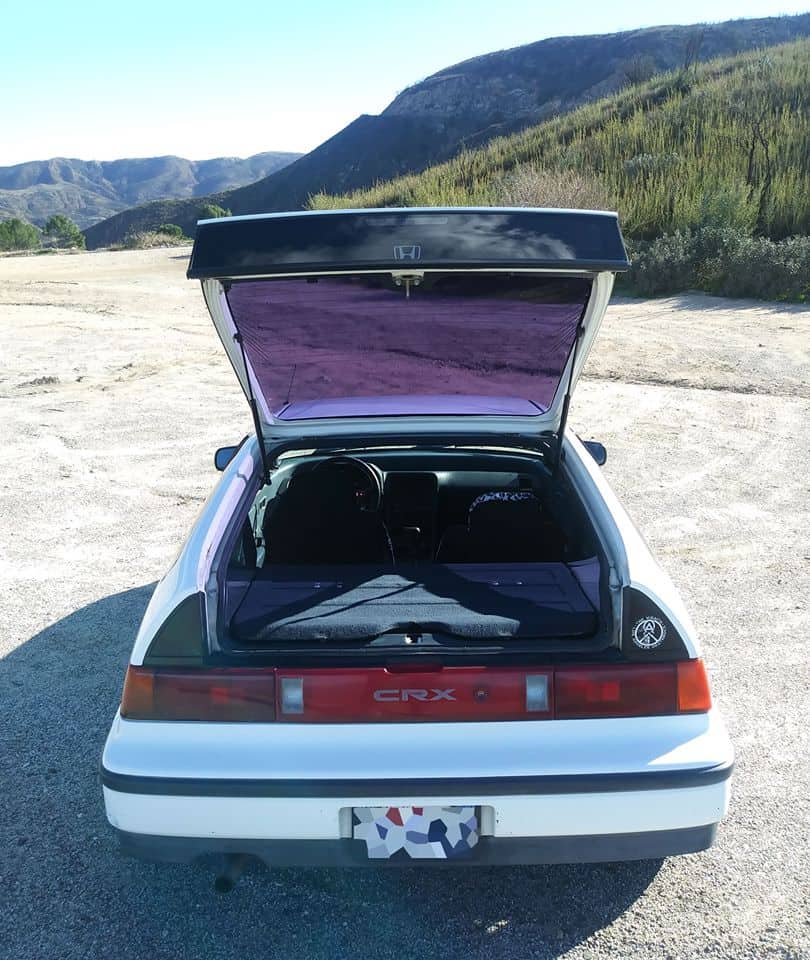 Although a 2+2 in other markets, U.S.-spec CRXs have no rear seat. Instead, U.S. CRXs get a folding shelf, which I soon dispensed with to maximize cargo space. To my amazement, with some muscle and struggle, the CRX could accommodate even the giant bass speaker cabinet my work requires – a fridge-like box measuring 50x28x28 inches – through its rear hatch.

With its new AC and tiny cabin space, the CRX stayed cool even on the most brutal August days. I’m 6’4” but, because there’s no rear footwell to accommodate, I’d never had so much legroom in a car. I could literally lock my left leg straight while driving! The lack of cup holders was a minor annoyance, but aftermarket devices that fit into the ashtray or cigarette lighter run about $20. 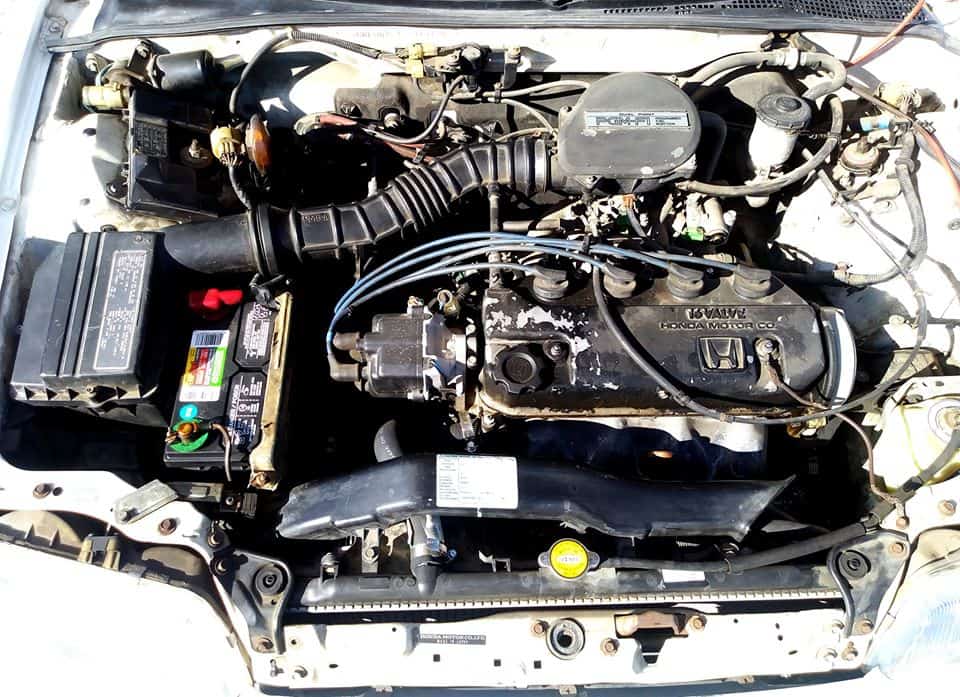 My CRX wasn’t the 108-horsepower “hot hatch” Si model. It boasted just 92 hp from a 1,493-cc SOHC 16-valve mill. But weighing only around 2,000 lbs (about two-thirds the curb weight of a current Honda Civic), it never felt sluggish, even with the 4-speed automatic. The manual rack and pinion steering proved laborious when maneuvering. It almost ruled out parallel parking in tight spots, but was wonderfully responsive on the road. 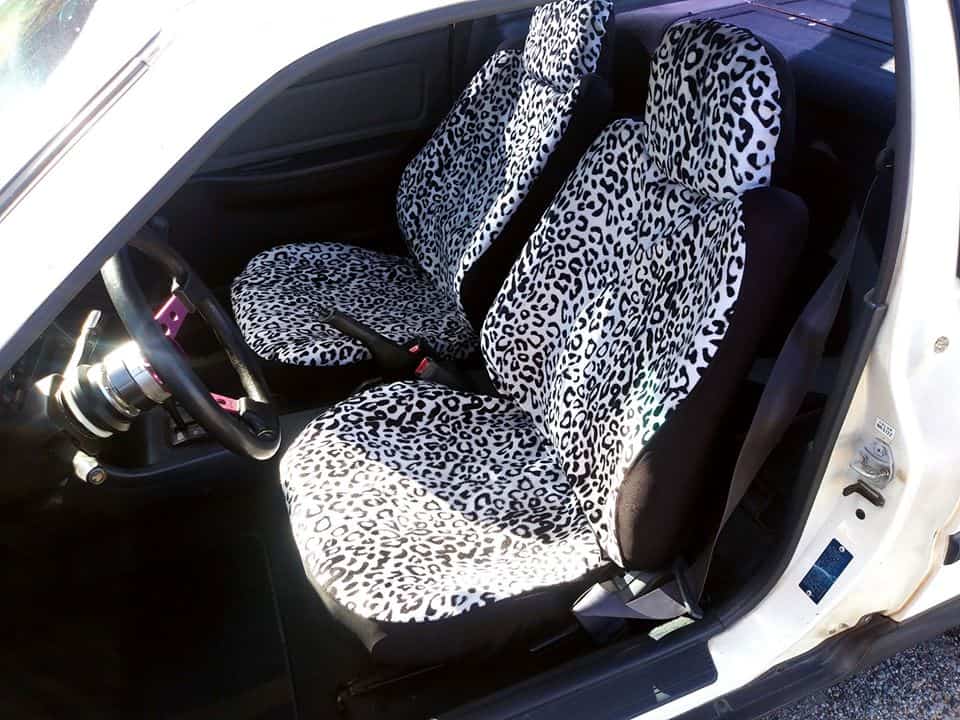 The 50-plus mpg claims bandied about for the CRX are based on its truly spartan, stick-shift-only HF model. The second-gen HF received EPA estimates of 49/52 mpg city/highway at the time. Using today’s EPA testing formula that would equate to around 37/47 mpg. My automatic DX model, even with the A/C cranking, consistently delivered around 35 mpg combined city/highway.

Is the Honda CRX Safe?

Among the reasons for the CRX’s low weight is its lack of airbags and other safety features such as anti-intrusion door beams. Although some later U.S. versions did employ the latter. However, it earned very decent frontal crash test ratings at the time. But the CRX didn’t feel safe to me, in part because it was so small that other drivers often failed to see it in their mirrors. A delivery truck actually reversed into mine while it was parked on the street one time. 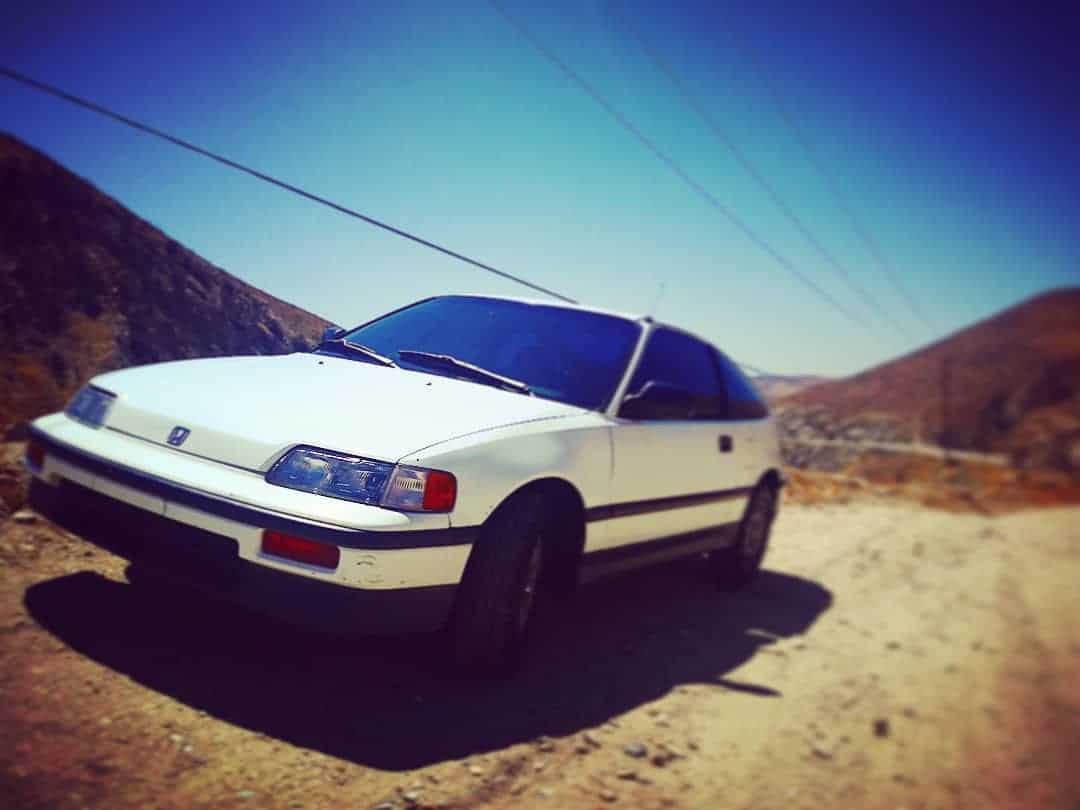 This perceived safety element, combined with the awkwardness of loading large equipment over the lip of the hatchback, caused me to revert to an SUV after a year of CRX ownership. I sold the Honda for just $200 less than I’d paid (and only because of the dent from the delivery truck). My savings on pricey L.A. gas, compared to my previous SUV, amounted to around $2,800 over the year. So the car quite literally paid for itself.

The reality of owning a vintage Honda CRX was an invigorating driving experience and major savings at the pump. Those benefits came at the expense of load-carrying capability/convenience and some anxiety about how it might fare in a wreck. But I concluded that it has rightly earned semi-legendary status, which will likely only elevate as its remaining numbers diminish.