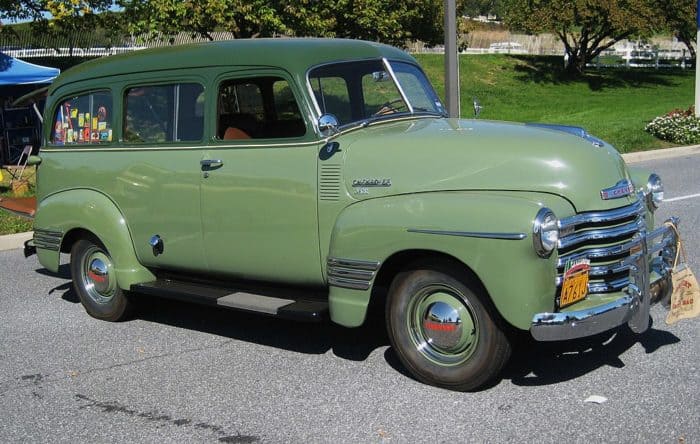 Given the current popularity of sport utility vehicles (SUVs), it’s little surprise that there is also a booming collectible vintage 4×4 SUV market.

“Across the entire collectible SUV/4×4 market, there has been a big surge in pricing over the last ten years, with no stopping in sight,” said Bryce Cleveland, Marketing Manager at auto accessories and parts specialists Vivid Racing.

“The collector car market has slowed down with prices reaching all-time highs, making SUVs and 4x4s the next big collectible niche.”

Sales of SUVs soared in the late 1990s and early 2000s. More recently, the introduction of smaller sport utilities and so-called ‘crossovers’ accelerated this trend. By 2017, SUVs were the world’s largest automotive segment, accounting for 36.8% of the global passenger car market.

Though the term ‘SUV’ wasn’t coined until the Jeep Cherokee (SJ) debuted in 1974, the roots of the classification reach back much further. Cars with station wagon-style bodies on off-road capable four-wheel drive chassis first appeared in the late 1930s. “Carryalls” – vehicles with panel truck bodies with side windows and removable rear seats – became a trend shortly after World War II (the Chevrolet Suburban SUV was once known as the “Carryall Suburban”).

With so many of us driving SUVs today, there’s an understandable curiosity about – and nostalgia for – their vintage 4×4 SUV ancestors. Plus, a vintage 4×4 or SUV can just be so cool to look at and such fun to drive. Pristine examples have lately been listed for sale for as much as $180,000.

Finding a Collectible SUV or 4×4

“Of course, finding the perfect collectible SUV or 4×4 isn’t an easy task,” Cleveland cautioned. “You have to consider the condition of the vehicle, the price, if the price has moved in recent years, the special options it has, rarity, potential future values, etc.”

To help you in your search for the perfect collectible SUV, Cleveland compiled this insightful list of some of the best options currently available. 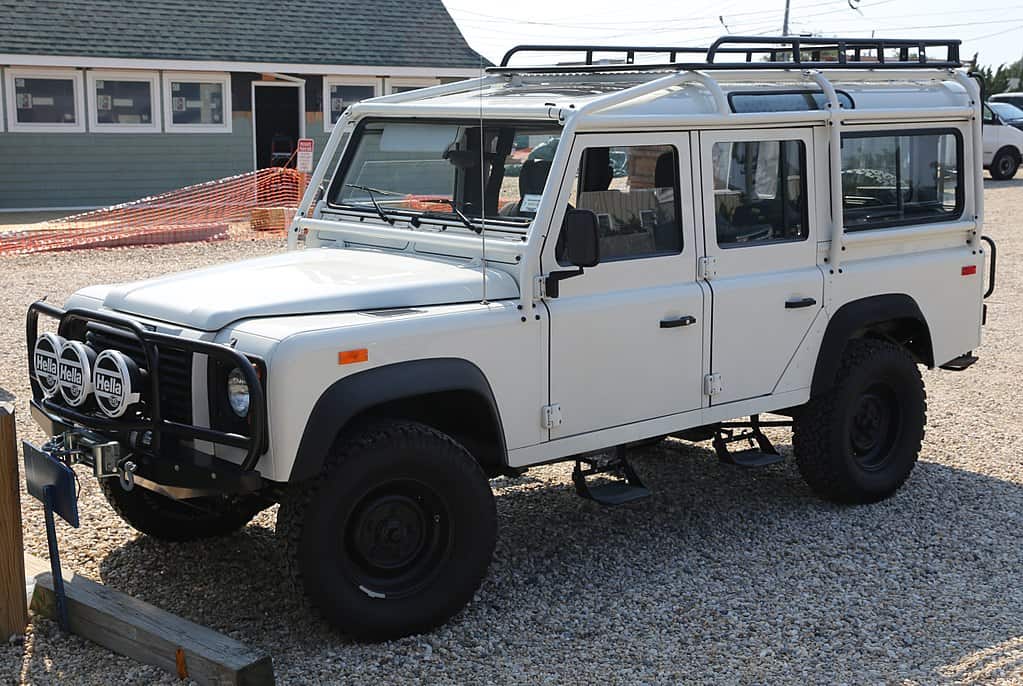 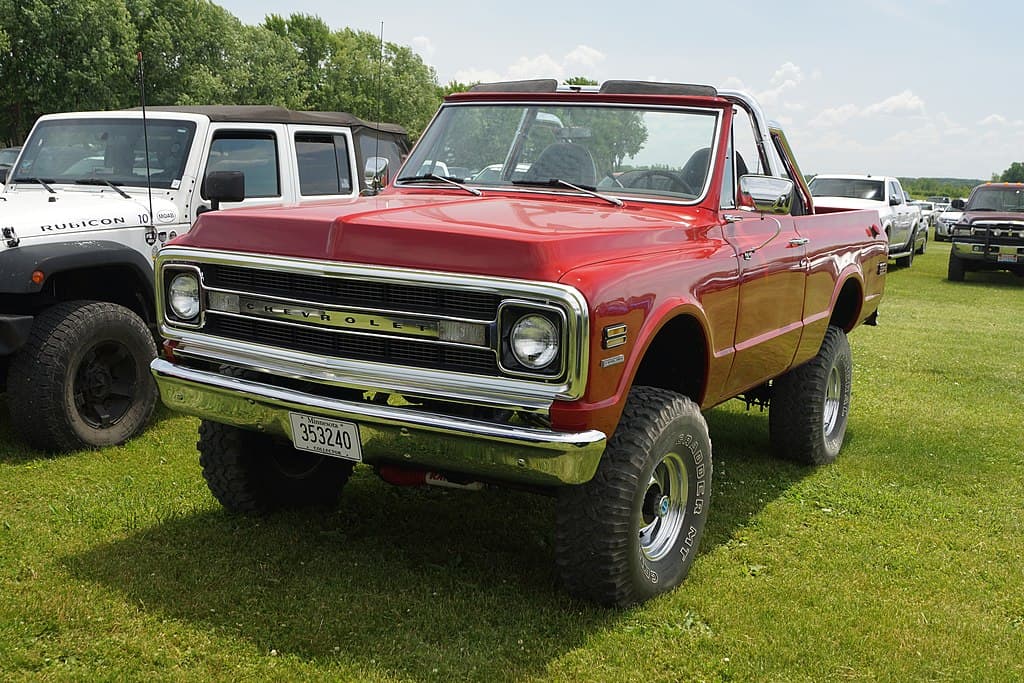 While the Chevrolet Blazer hasn’t seen the same collector craze as the Ford Bronco, it’s still rapidly appreciating and has seen an increasing rise in popularity for “restomod” models. More specifically, you should be on the hunt for a first-generation (1969 – 1973) model. Since 2009, values for good condition first-generation Blazers have risen over 150%, and finding one under $50,000 is becoming more difficult every day. 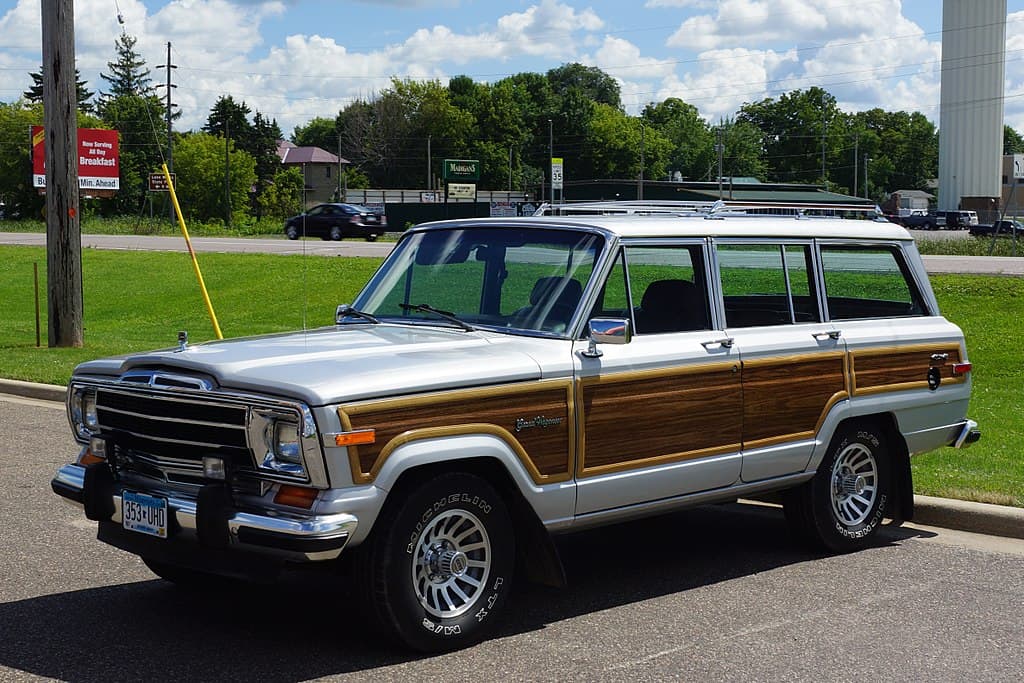 The Jeep Grand Wagoneer falls into the same American made SUV/4×4 category as the Bronco and Blazer. It hasn’t seen the same mainstream collector desire, but the wide gap between poor and excellent example presents a great opportunity to buy, restore, and sell. Prices range from $3,000 up to $50,000, with average prices floating between $10,000 and $20,000. 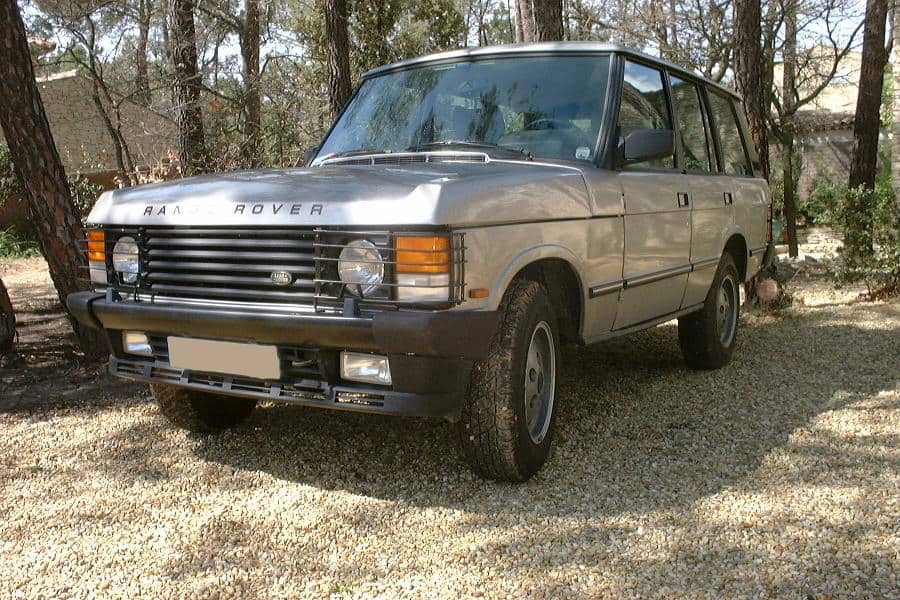 As discussed above, the Land Rover Defender 110 is quickly becoming one of the hottest collectible SUVs in the US, but unfortunately, prices have risen to the point that ownership isn’t feasible for many new collectors. Luckily, the Defender isn’t the only Land Rover that is collectible. This is where the Range Rover Classic comes into play.

The Range Rover Classic had been around since 1970, but it didn’t become available in the US until 1987. It was originally available for around $30,000 to $45,000 when new. Since then, values have bottomed out and are slowly rising, with average prices for great condition examples between $20,000 and $30,000. 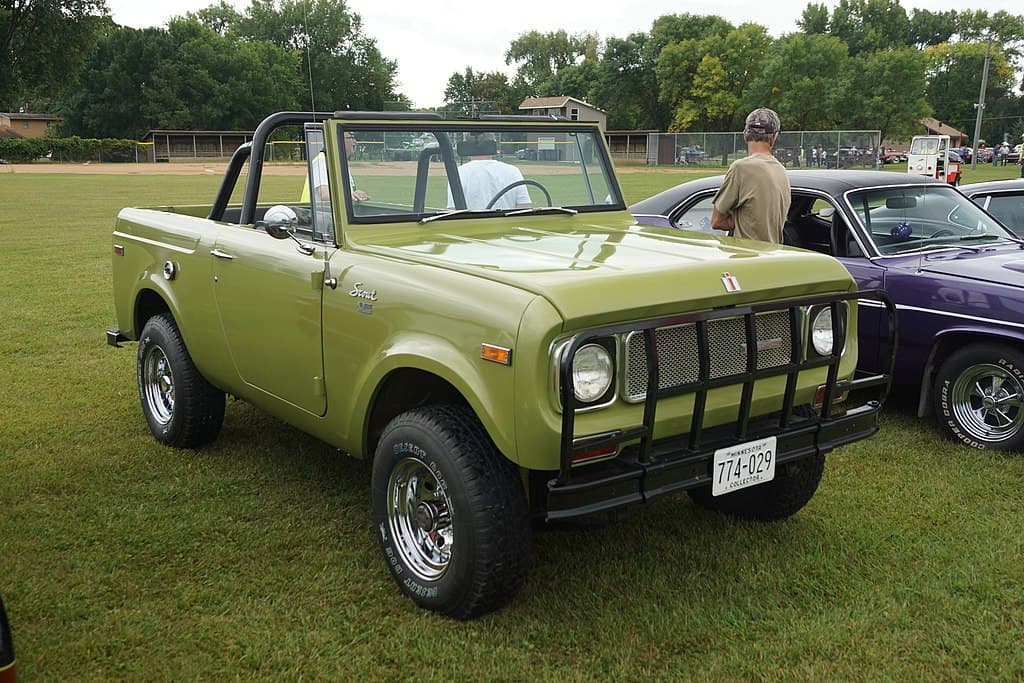 Like the Jeep Wagoneer, prices for the International Harvester Scout vary widely and that presents a great opportunity for restoration. Over the last 2-3 years, the Scout has gained a lot of attention from collectors, since the values were so low. As of 2020, average values for collector worthy examples are between $25,000 and $35,000, which is noticeably cheaper than similar Blazers or Broncos (for now). 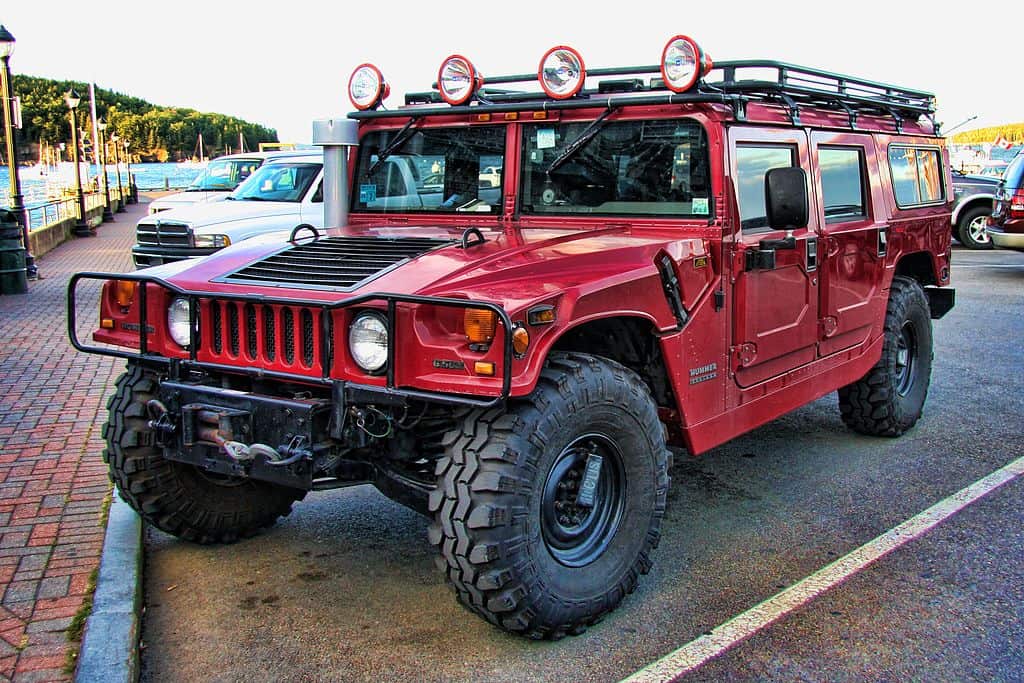 Originally known as the HMMWV or “Humvee” to the soldiers who spent time with these military SUVs, the name was changed to “Hummer” when it came time to bring it to the civilian market. As of right now, the Hummer H1 isn’t considered a “classic” but that’s destined to change in the next five to fifteen years.

Civilian models came out in 1992 and were equipped with a naturally aspirated diesel engine, which was eventually replaced by a GM 5.7L gas V8, which was then replaced with a turbodiesel engine. Ideally, you’ll want to avoid a military Humvee, since they weren’t maintained very well and they lack any civilian comforts such as sound deadening. 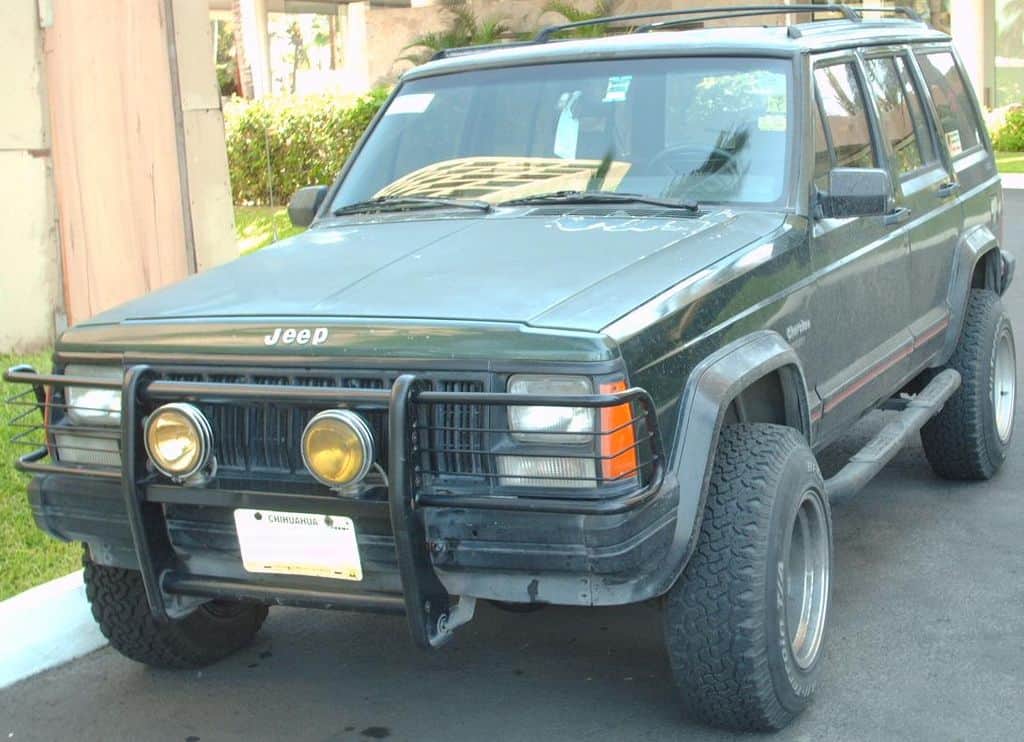 The Jeep XJ Cherokee has become synonymous with budget off-roading. For the last 10 years, it’s been common to purchase an XJ Cherokee for $1,000 to $2,500 and take it off-road until it breaks beyond repair, and then repeat the process. To put it simply, it became known as the cheap Jeep with the ideal wheelbase and superb off-road capabilities.

Ironically, so many Jeepers took advantage of the cheap prices of the XJ Cherokee and ran so many of them into the ground, that prices have risen substantially in the last five years. Just a few years ago, you could find a clean XJ Cherokee for $3,000 to $5,000. Today, many clean XJ Cherokees are fetching over $8,000. 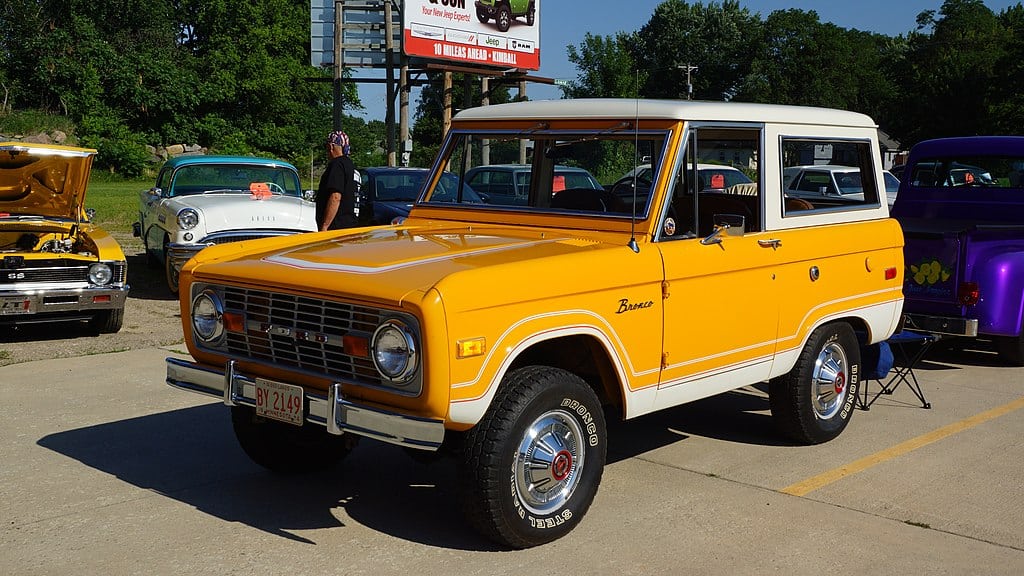 With the prices of first-gen Broncos going through the roof (a 1977 example was listed for $179,000 at the time of writing), Haggerty has also identified the 1973-1991 GMC Jimmy, with its comparable looks and performance, as an increasingly popular substitute.

So, will one of the above be your gateway to the vintage collectible SUV and 4×4 scene? Or are there other desirable models that we’ve missed? 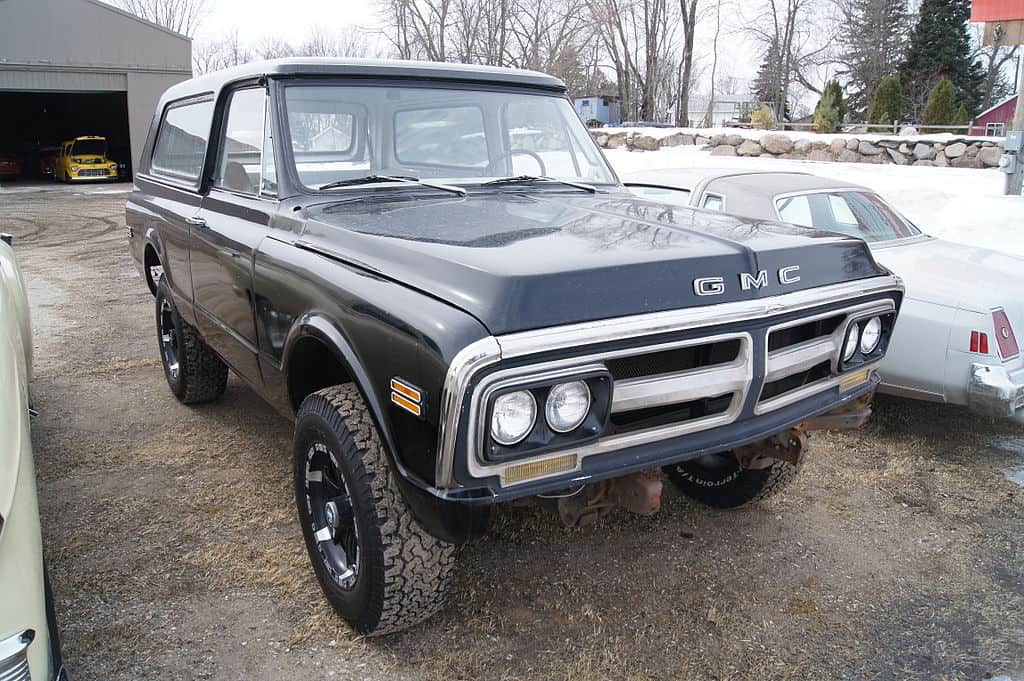 
8 Underrated Collector Cars to Snap Up Right Now
10 Best Off-Road Trails: From Mild to Wild
5 small Suv's that you can turn into cool mud buggies
Drive Away in One of the Best Used Cars Under 4000
22 of the Most Beautiful Wedge-Shaped Supercars Ever Made
10 Best Little Trucks Of All Time