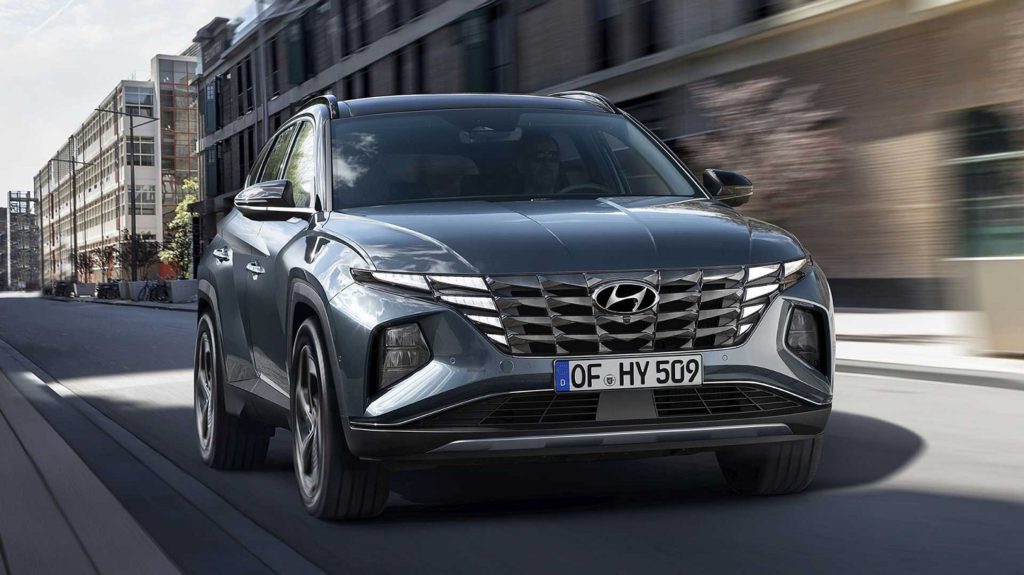 The Hyundai Tucson has always been a strong seller for Hyundai, but it became very clear that it needed to refocus on some of the essentials that helped make it a hit with customers. The Korean car giant has obviously paid attention to what customers want and has taken the veil off of the 2022 Hyundai Tucson, which we’ll see in the first half of 2021.

2022 Tucson Embraces Sportier Side of Life 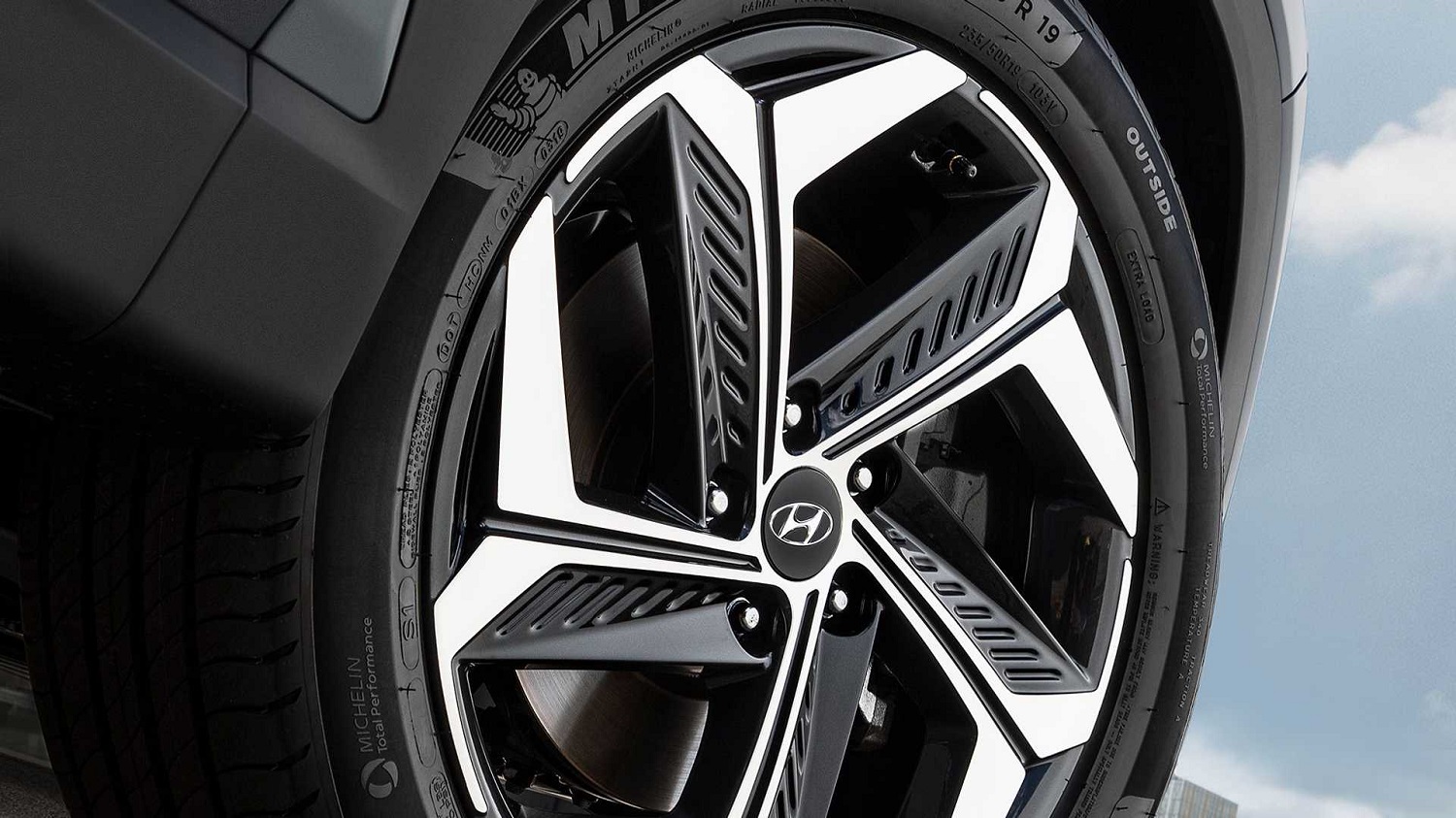 The first thing that buyers will notice about Tucson is its radically revamped exterior styling. Hyundai has been on a roll in this department as of late and that’s especially true with their growing utility lineup. With the Kona, Santa Fe, and Venue all embracing the new corporate look, it was only fitting that the Tucson would eventually be swayed over to their company.

The front fascia of the 2022 Hyundai Tucson features Hyundai’s cascading waterfall grille. The grille is made up of interlocking triangles, with some of the lighting elements being actually housed inside the grille itself. The side profile is very expressive and features a number of creases and character lines that allow the Tucson to be far more athletic and sleeker looking too. This is a noteworthy improvement over the outgoing model which did not have as aggressive-looking of a face, and actually looked dated when viewed from key angles. 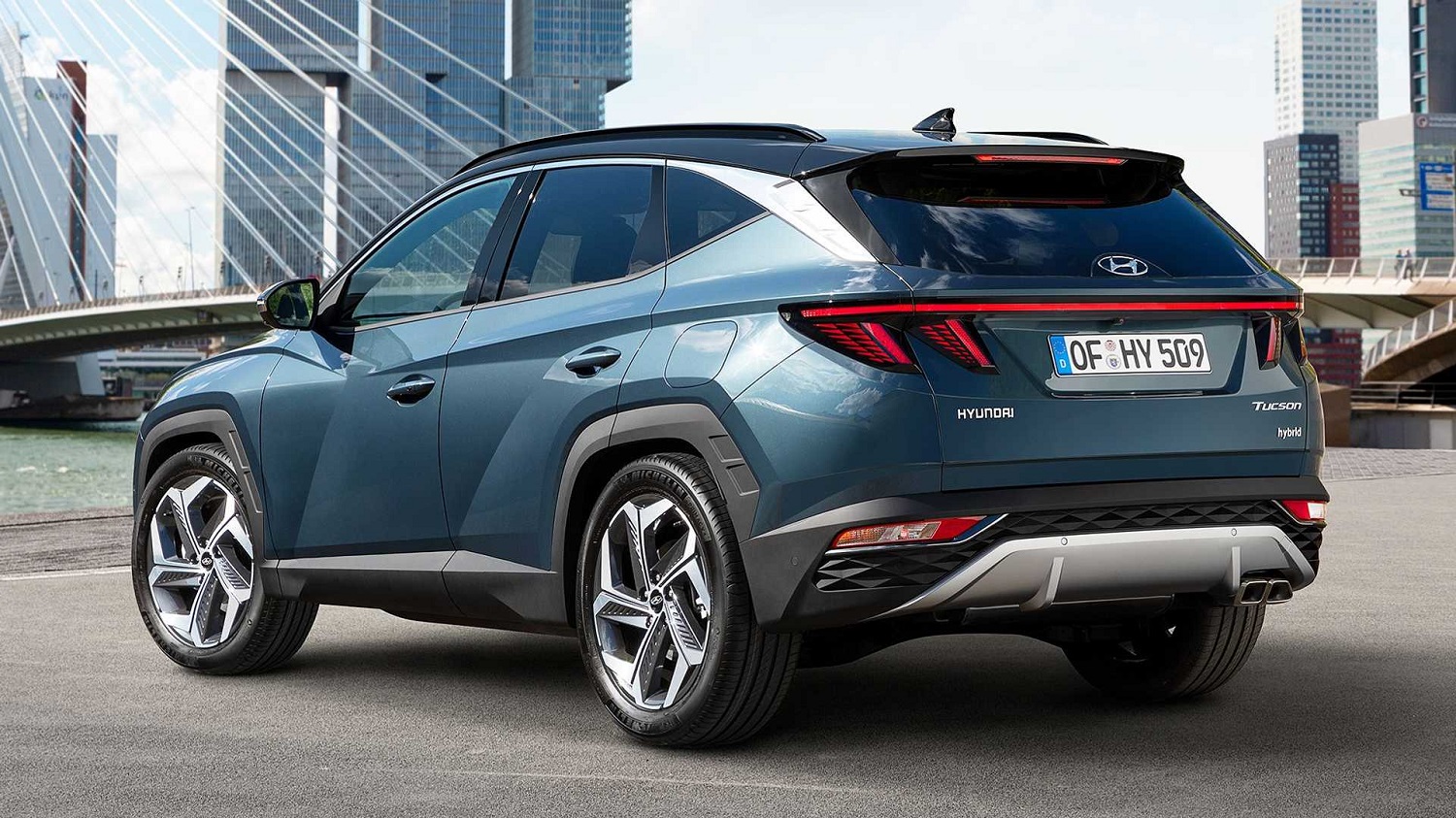 The rear of the Tucson goes in its own direction. Here, futurism, and perhaps some subtle pinches of spice from the N brand helps make the rear stand out from the crowd. The old model had a rear fascia that simply did not have the same level of finesse as some of its newer rivals. That changes here on the new one, with the rounded taillights being replaced by a unified lightbar. The fore-mentioned light bar goes from one end of the liftgate to the other, but four jagged creases (two on each side) flow downward towards the center of the rear tailgate. This is a nice touch, and we even like how Hyundai moved its “H” emblem from the tailgate itself, into the window glass in an attempt to clean up things back there. 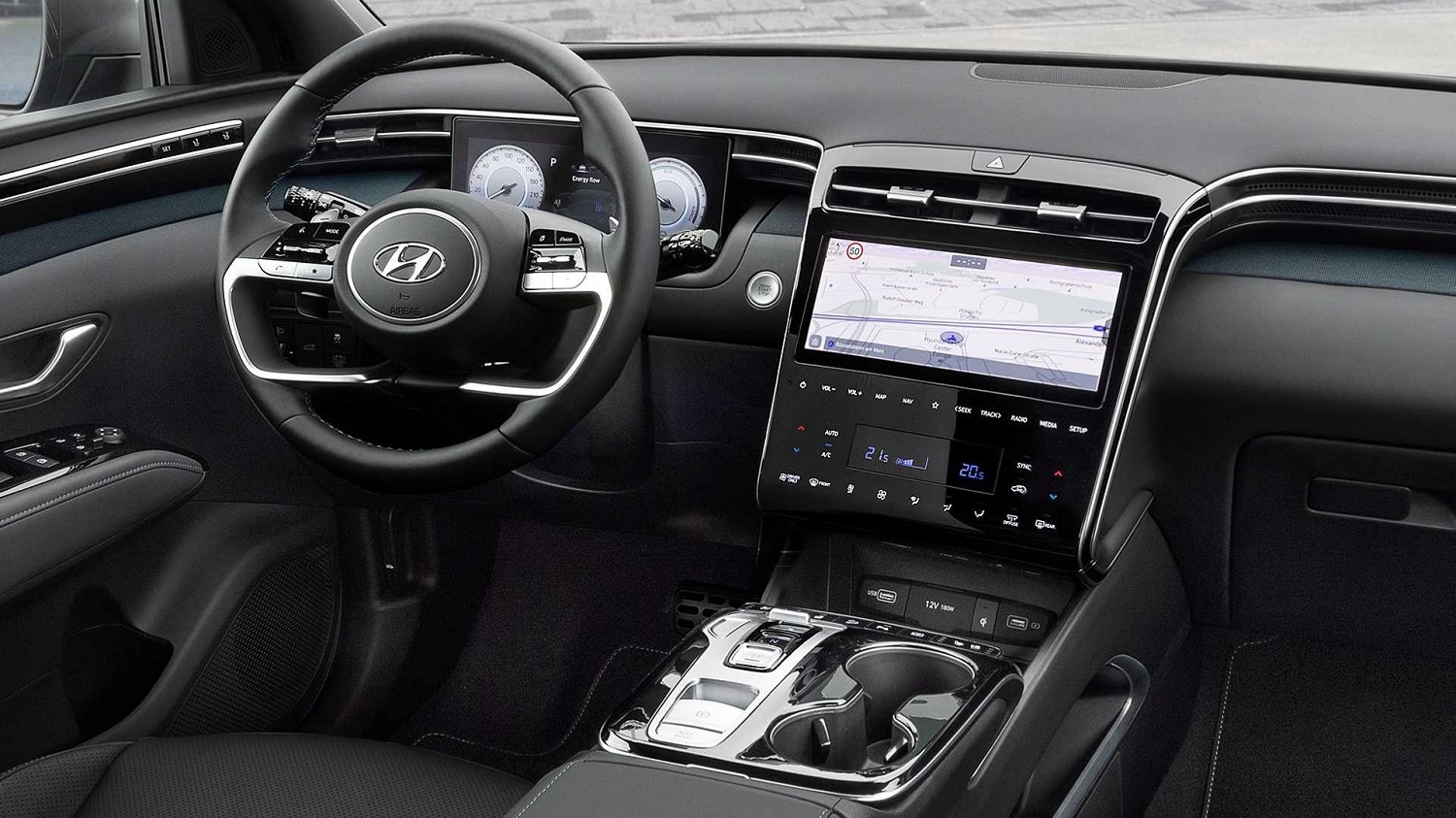 With the exterior embracing a more expressive set of clothes, it’s no surprise that the interior serves as the Yin to the outsides Yang. The design is crisp and clean, with the cabin being far more futuristic looking than the old model. There are plenty of cues from the Hyundai Sonata, and that’s not by accident either considering that the sedan has earned very high praise for its cabin design. This is a nice contrast over the outgoing Tucson, which had noticeable areas of cheap plastic, cramped rear seating, and questionable trim appointments.

A large touchscreen dominates the center stack. It also appears that Hyundai engineers replaced a lot of the physical buttons and switches with haptic ones that do help produce a very clean look. An eight-inch screen is standard issue, but buyers that go for higher trims can opt for a bigger 10.25-inch central display that has more vibrant hues and clarity. Arguably, this will be one of the biggest ways that the 2022 Tucson stands out from its outgoing predecessor, and that should please buyers that place technology as one of their top priorities when shopping for an SUV.

Meanwhile, the analog gauges themselves have also been canned, and are replaced with a separate 10.25-inch digital display. It is similar to what we have seen on the Palisade and even the updated Kona.

Newfound Focus on Greener Side of Performance

Performance hardware in the 2022 Hyundai Tucson will also mirror what’s found in the Sonata to a degree. The base model Tucson will be equipped with a 2.5L naturally aspirated engine that’s good for 187 hp and 182 lb.-ft. of torque.

However, Tucson also has a green side, as it can be equipped with one of two hybrid options (plug-in or traditional hybrid). The advanced hybrid components are mated to a 1.6L turbocharged engine. This is the more muscular powertrain option available, as the combined output measures in at 227 hp,  which is quite good. However, the real gem here is with the torque numbers, with the 195 lb.-ft. generated by the gasoline engine and the 258 lb.-ft. of electrified torque blending into what should be a very promising stoplight to stoplight sprinter. We look forward to seeing how the hybrid Tucson performs in the real world eventually, to see for ourselves whether our theory is indeed correct. 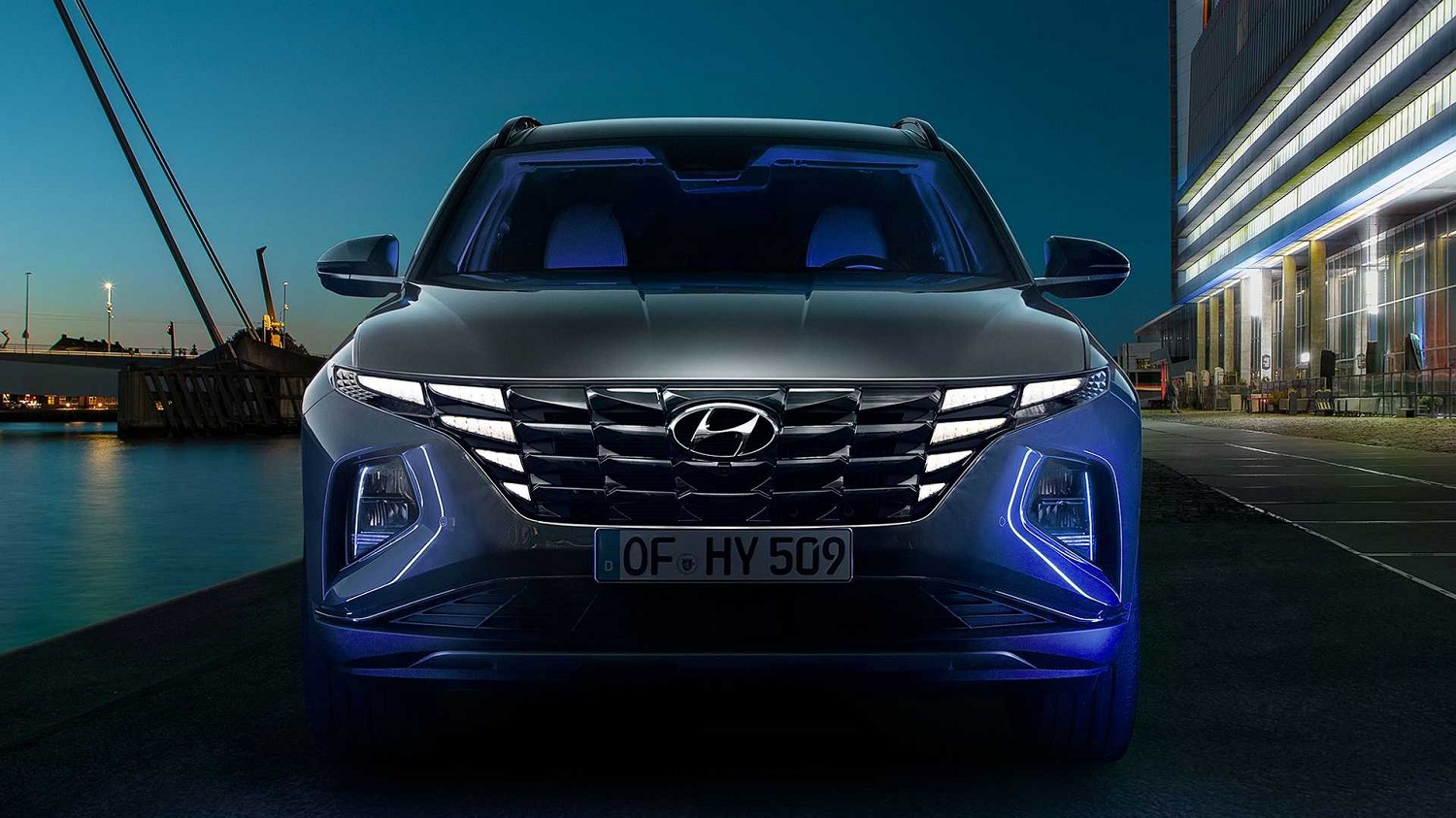 As is the case with other Hyundai models, the South Korean market gets first dibs, with the new Tucson currently on sale there as of this writing. As for the rest of the world, we get to wait until the first half of 2021, with U.S. bound Tucsons being sold as very early 2022 models.