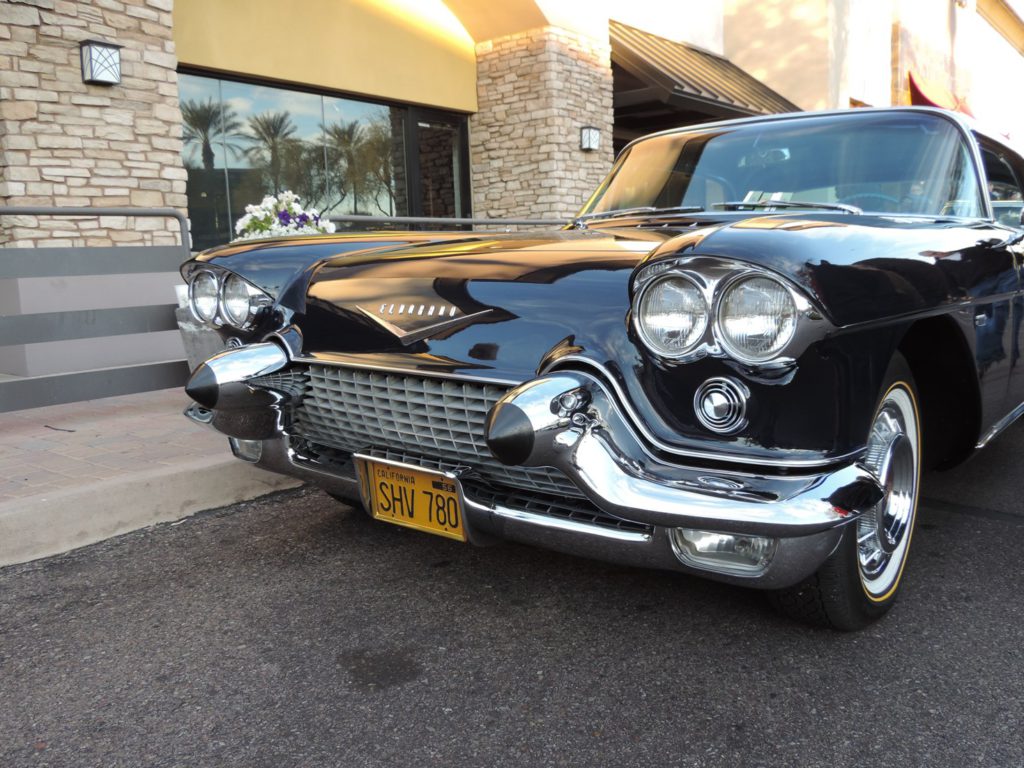 In the market for a car with all the luxuries? How about 6-way power memory seats, cruise control, auto-dimming quad headlights, air conditioning, cruise control, automatic trunk opener, power windows, power antenna, suicide doors with automatic door locks, and polarized sun visors? Let’s include self-leveling air bagged suspension and a 4-link rear suspension and revel in amazement that all of that was included on the 1957 Cadillac Eldorado Brougham. Yep, all that in a 1957 car, many features that cars don’t even have in 2021!

Your chance to snag one of the very limited few of these in existence can be yours at the 2021 RM Sotheby’s Arizona Auctions, at no reserve. 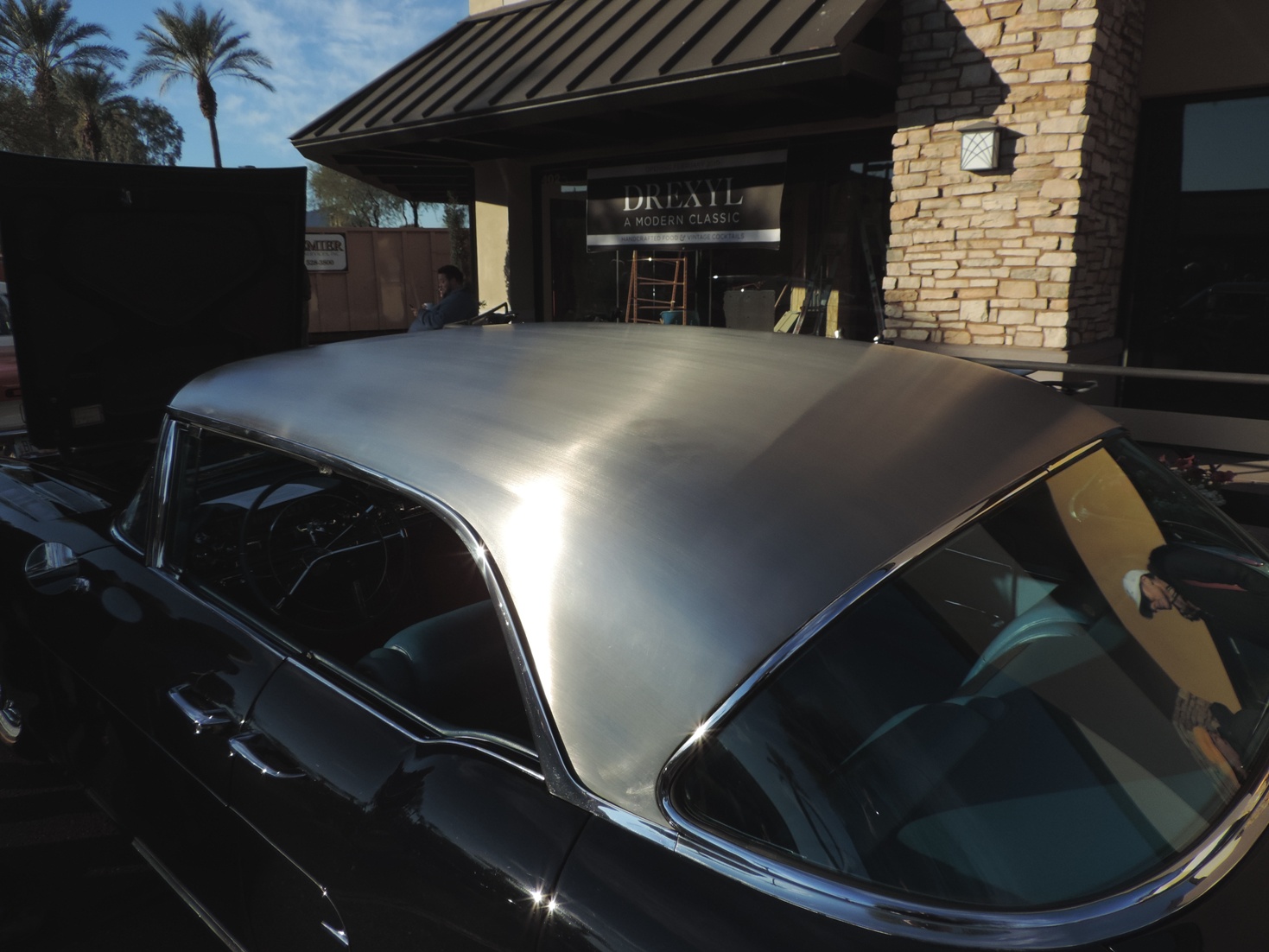 The 1957 Cadillac Eldorado Brougham is a drop-dead, high styling eye-catcher for me. The over the top styling and ahead of its time technology and innovations highlight what the folks in Detroit were capable of in the 1950s.  These cars, designed under Harley Earl, have always been head-turners; from their massive chromed bumpers to the finned rear ends, they look impressive and majestic. These cars are outfitted with standard features that were unheard of in the 1950s; like air conditioning and air ride suspensions. The stainless steel brushed roof was from the space age and way before the DeLorean made the look famous. 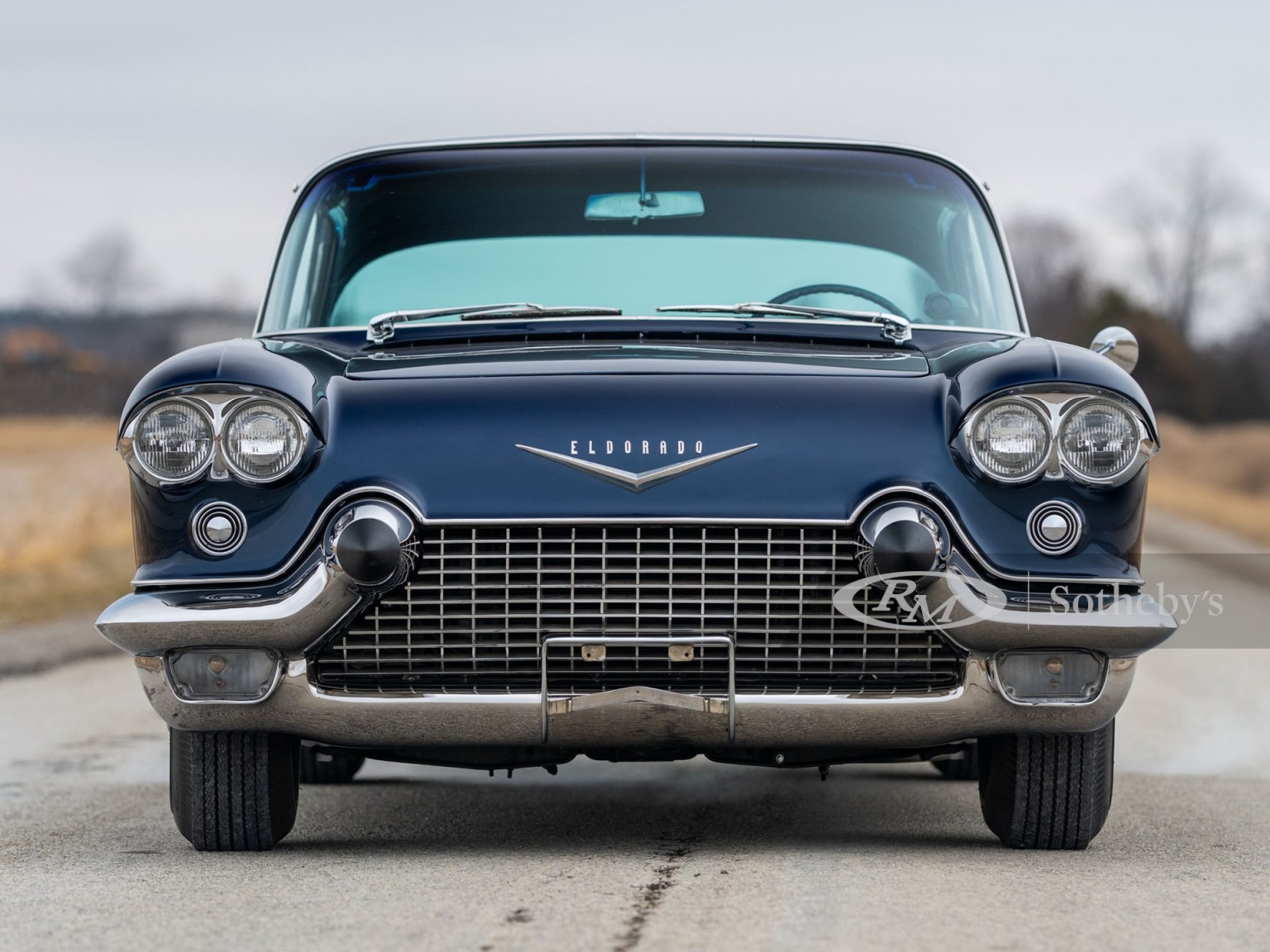 People might not fully appreciate these cars at first glance, but man these are impressive machines. Ford had tried to usurp the luxury market by introducing the Continental Mark II in 1956. Cadillac retaliated big time by bringing out the 1957 Eldorado Brougham that cost $13,074. That was nearly three times the cost of the other Cadillacs on offer in 1957.

The builders offered a “post less” sedan with the rear doors hinged at the rear for easier access. The brushed stainless steel roof was a trendsetter, way before the DeLorean’s. The quad headlights were impressive (but illegal in many states in the ’50s) along with the massive chromed bumper.

The big Brougham weighed over 5,300-pounds. The wheelbase was actually shorter than the Series 62 Cadillacs, measuring 126-inches long, but the car had an overall length of 216-inches. With a height of only 55.5-inches, people could get a good look at the space-age stainless steel roof easily. The width between wheels was only 62-inches, which was also narrower than their little brother Cadillacs. The Eldorado Brougham had an overall width coming in at a svelte, for the time, 78.5-inches.

The Eldorado Brougham’s were the first American car to be “bagged.” This allowed for a customized, level ride regardless of the load.

The 1957 model was powered with a 385 CI V-8 with two 4-barrel carbs offering 325 hp and 405 lb.-ft. of torque. In 1958 Cadillac engineers delivered a trio of 2 barrel carburetors, which were good for ten more horsepower.   This luxury car naturally had a Hydra-Matic 4-speed automatic transmission.

Of course, the “over the top” car had interior options to match. Air conditioning was standard, along with separate front and rear heaters. The power front seat had a 6-way “memory” setting and moved forward when the rear doors were opened. The car had a transistor radio, electric automatic door locks plus the trend-setting Autotronic headlight dimming control.

How about both power windows and power trunk latch along with polarized sun visors?  As a safety feature, the car could not go in drive if the rear doors were open. All of this technology and wizardry was available over 60-years ago!

The ’57 Eldorado Brougham owners were treated to a notepad with a Cross pen, cigarette case, a lady’s lipstick, compact and mirror, and a tissue dispenser. It also came with six magnetized tumblers that could hold your favorite drink on the glove box door when folded out and a bottle of French perfume. These accessories are now very rare, and owners covet the full set of options.

Only 400 Cadillac Eldorado Broughams were produced in 1957, with 304 rolling off the assembly line in their second and last year of the run, for 1958.

I am not sure what made the bean counters at Cadillac approve these builds, because they certainly couldn’t make up the losses in volume.  The Broughams were hand-built and were the most expensive car produced in their time. They were even more expensive than a Rolls Royce Silver Cloud. Let that sink in. These American titans were the MOST expensive car made in their day!

At this week’s RM Sotheby’s auction in Scottsdale, Arizona there is a 1957 Cadillac Eldorado Brougham available (Auction Listing). This dark blue car is number 38 of the 400 built that year and originally was painted white. It sold last year at RM Sotheby’s Auburn Fall 2020 auction for $91,300, including the buyer’s premium. It’s not too late to get your bid in and have this luxury ’50s cruiser in your garage. There aren’t many in circulation, so act quickly if this car is your style.