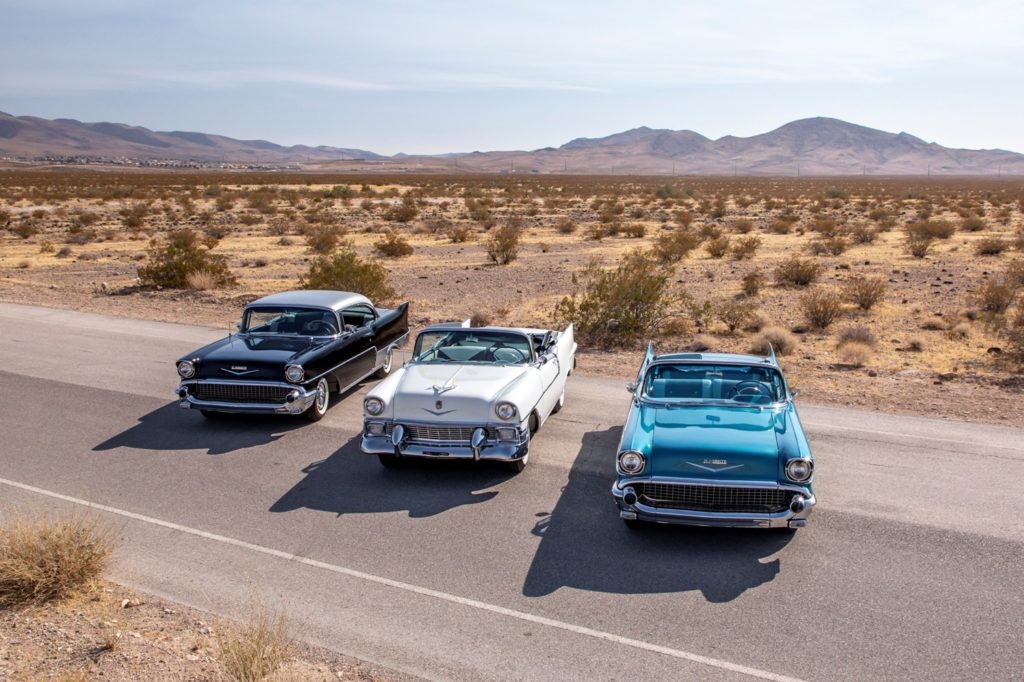 The 1957 Chevrolet is an iconic classic car look, especially the Bel Air models with their style and flash. One version of this prominent car that you probably haven’t ever seen is the El Morocco Chevy, a low volume production custom from Canadian businessman Ruben Allender. Not one, but three of these unique cars are up for auction soon at the 2021 Kissimmee Mecum Auction on January 7-16th.

Chevrolet offered twenty versions of the 1957 model. They had sedans, coupes, wagons, and convertibles in a variety of upgraded models from the 150 to the 210 along with the Bel Airs and Nomads. But the Canadian businessmen, Ruben Allender, thought he could take the Chevy and customize it into something close to a Cadillac but at a lower price. 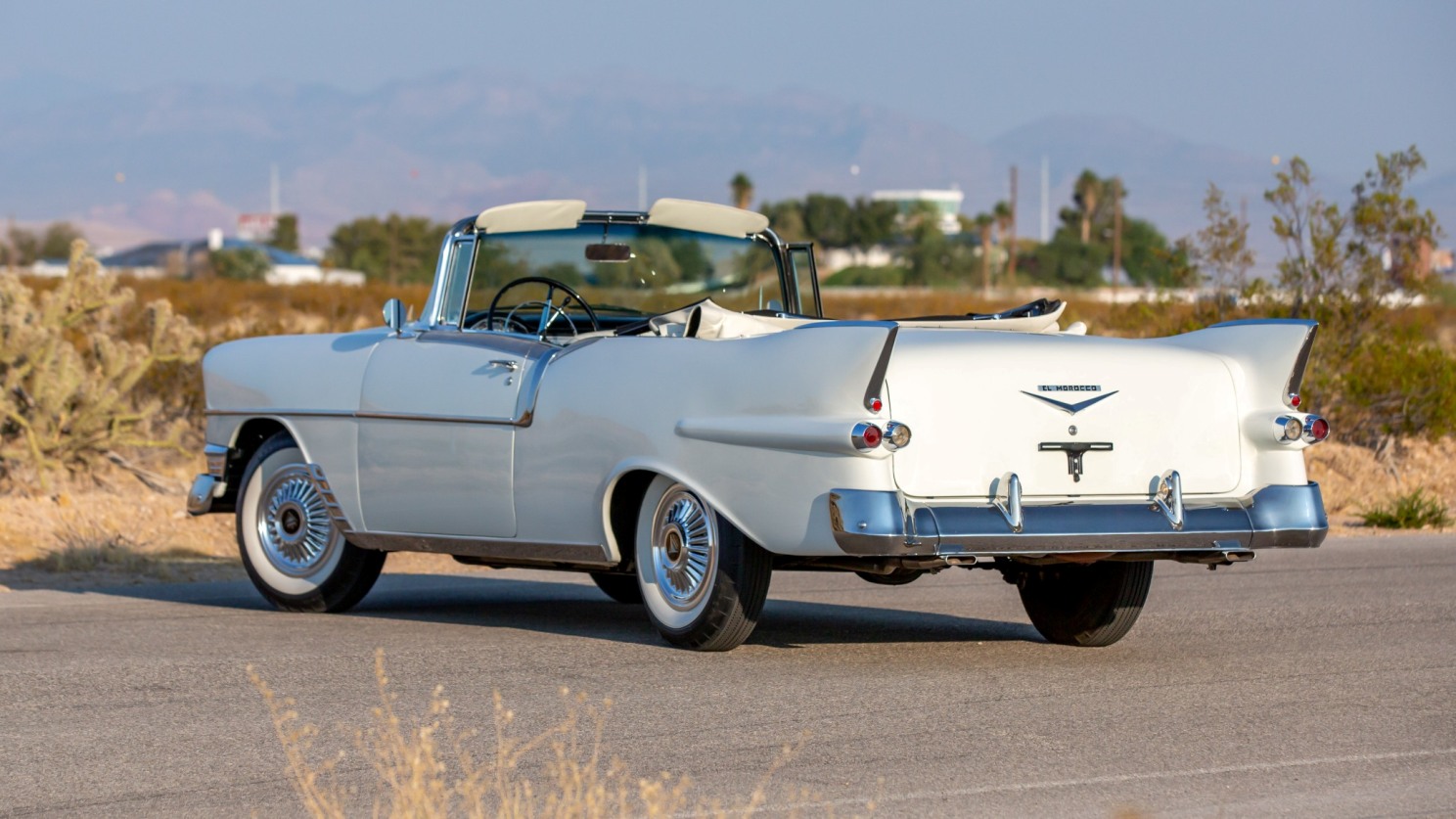 Allender started planning for his El Morocco brand in 1955 but actually started with a 1956 version. He elongated the already prominent tail fins with a fiberglass rendition and changed out the side trim moldings. He added large chrome bumper guards with gold anodized wheel covers. Outwardly the changes were not drastic and the interior looked similar to the Chevy versions. He kept the stock 265 cubic inch, four-barrel carburetor V8 engine with the two-speed PowerGlide transmission.

For 1957 Allender changed to a front egg crate grill. Instead of fiberglass, he used metal elongated tailfins and placed bright metal molding on the rear quarter panel. He also added additional rear lighting on the bumpers. Allender didn’t touch the drive trains and the interior was mostly kept stock as well. For the 1957 models, that meant the 283 cubic inch V8 with the two-speed PowerGlide automatic transmission.

Although they were priced about $1,000 higher (about $10,000 in today’s money) than the Chevrolet version, it was a difficult sell to the American public. Apparently, only fourteen El Morocco’s were built in 1957, with perhaps even less made in 1956. Most consumers who could afford a Cadillac wouldn’t settle for the El Morocco and other buyers were reluctant to spend more money than what was already budgeted for a Chevrolet model.  Chevrolet dealers sold the cars and they came with the factory warranty intact, despite the customized touches. Since these cars were hand-built and had a low volume, it is doubtful that Allender ever made a profit on the cars and his brand ended after just 2-years. 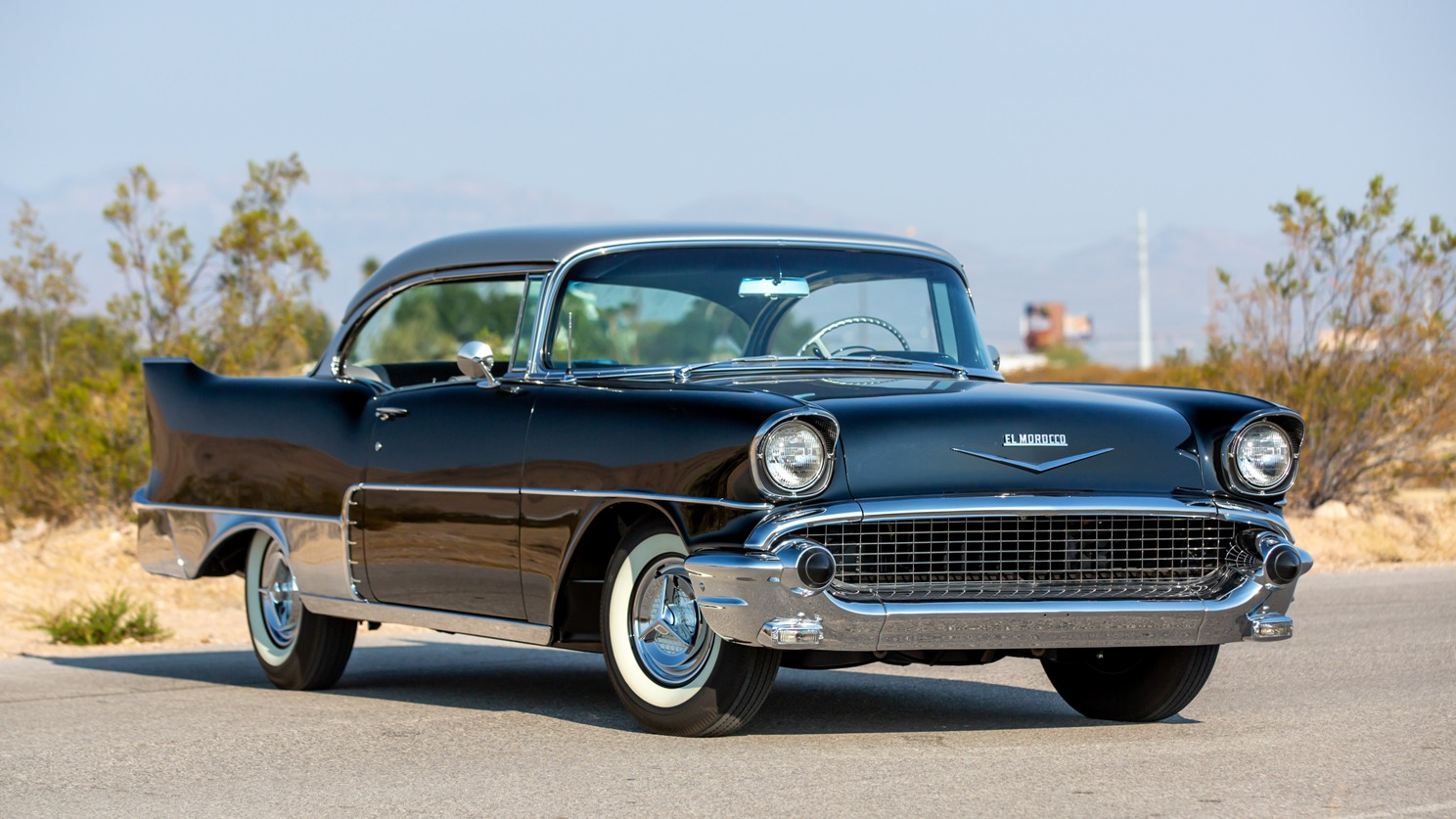 Given their low volume, it is remarkable that some stayed intact. Collector Marv Siesel actually found and restored three of the El Morocco’s. The cars show little mileage since being restored by the D’Elegance shop in Fallbrook, California. Next month the cars will be on the block at the Mecum Auction in Kissimmee, Florida where the cars are projected to sell for $125,000 -$250,000.

In 2016 a black El Morcoco 1957 convertible sold for $165,000 before premium. Last year Mecum offered a different white 1956 El Morocco that drew a high bid of $225,00 but was not sold. It will be interesting to see where the bidding ends at for this trio of beautifully restored El Moroccos.

Given their rarity, look close, as you may never have another chance to see an El Morocco. Don’t miss your chance to own one of these unique rare cars at the 2021 Kissimmee Mecum Auction on January 7-16th. You can see the listings HERE, and sign up to bid. 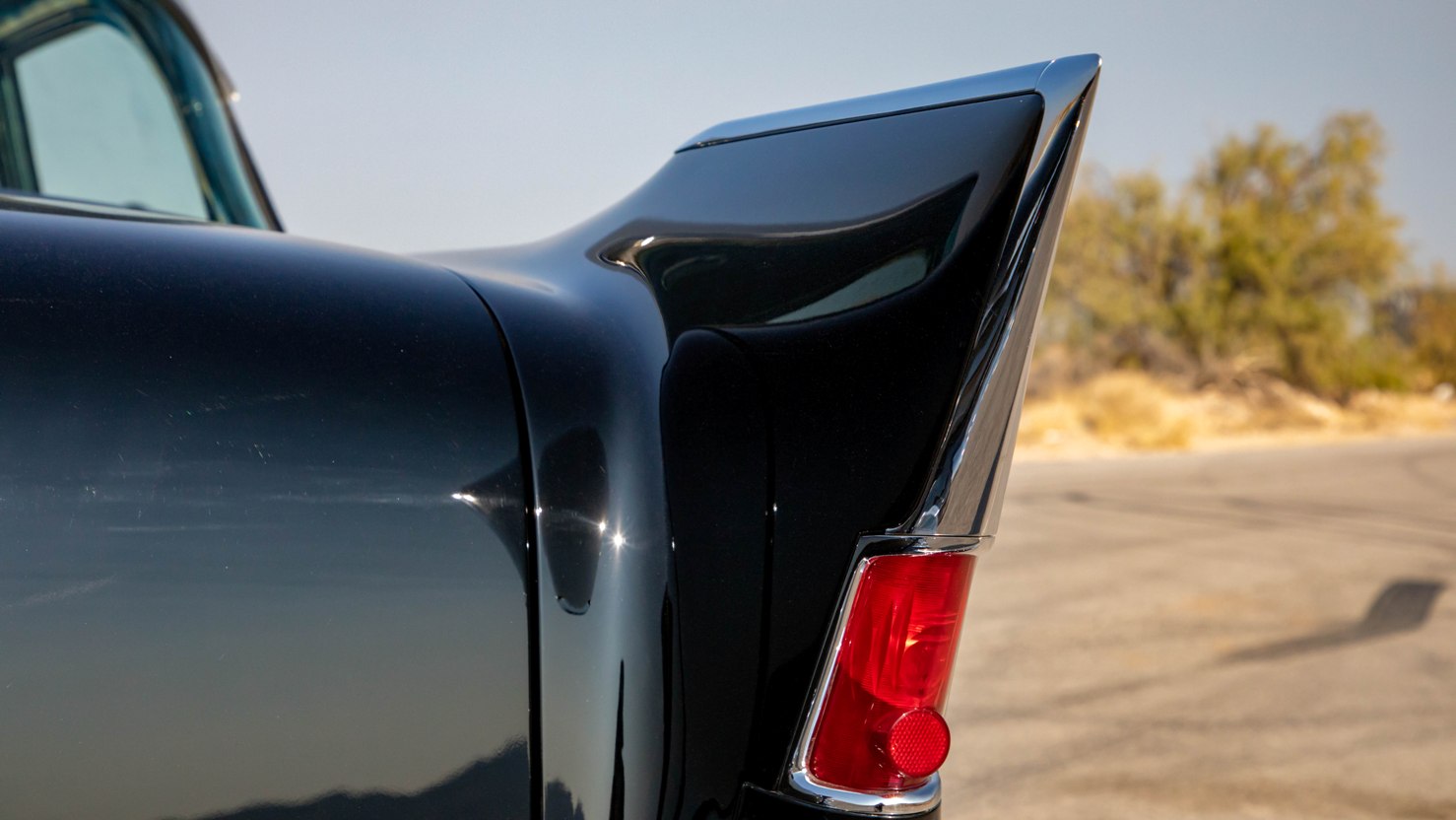 
7 Things Every Gearhead Should Know about Superchargers
Bentley Flying Spur Hybrid: All The Luxury with Less Guilt
How to Do a Burnout: The Complete Guide
The 7 Ugliest Ferraris of All Time
GM’s Buckle to Drive System Aims to Keep Motorists Belted an...
8 Things to Know about Buying Repossessed Cars