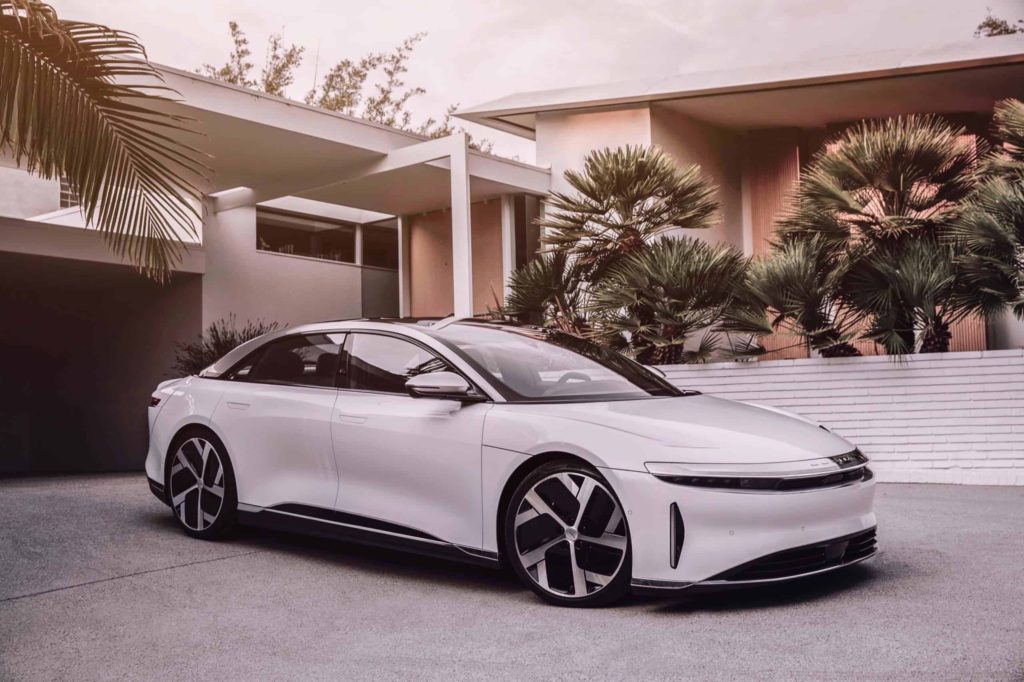 Lucid Motors showed the world their cards today, and they didn’t come to lose. The 2021 Lucid Air 5-seat electric sedan will be the world’s fastest production electric vehicle (EV) when it’s expected to hit U.S. roadways in the Spring of 2021. Not only can the car dispense of the quarter-mile in 9.92 seconds, but is also estimated to have a 517-mile range, the longest of any production EV yet. Remember, this is a luxury 4-door sedan!

The Lucid Air will even charge faster than the competition. With just 20-minutes of charge, it can deliver 300 miles of range. Lucid Motor’s debut offering is nothing short of audacious in its claims. There is little doubt Lucid is aiming to be the champions of electric luxury automobiles. 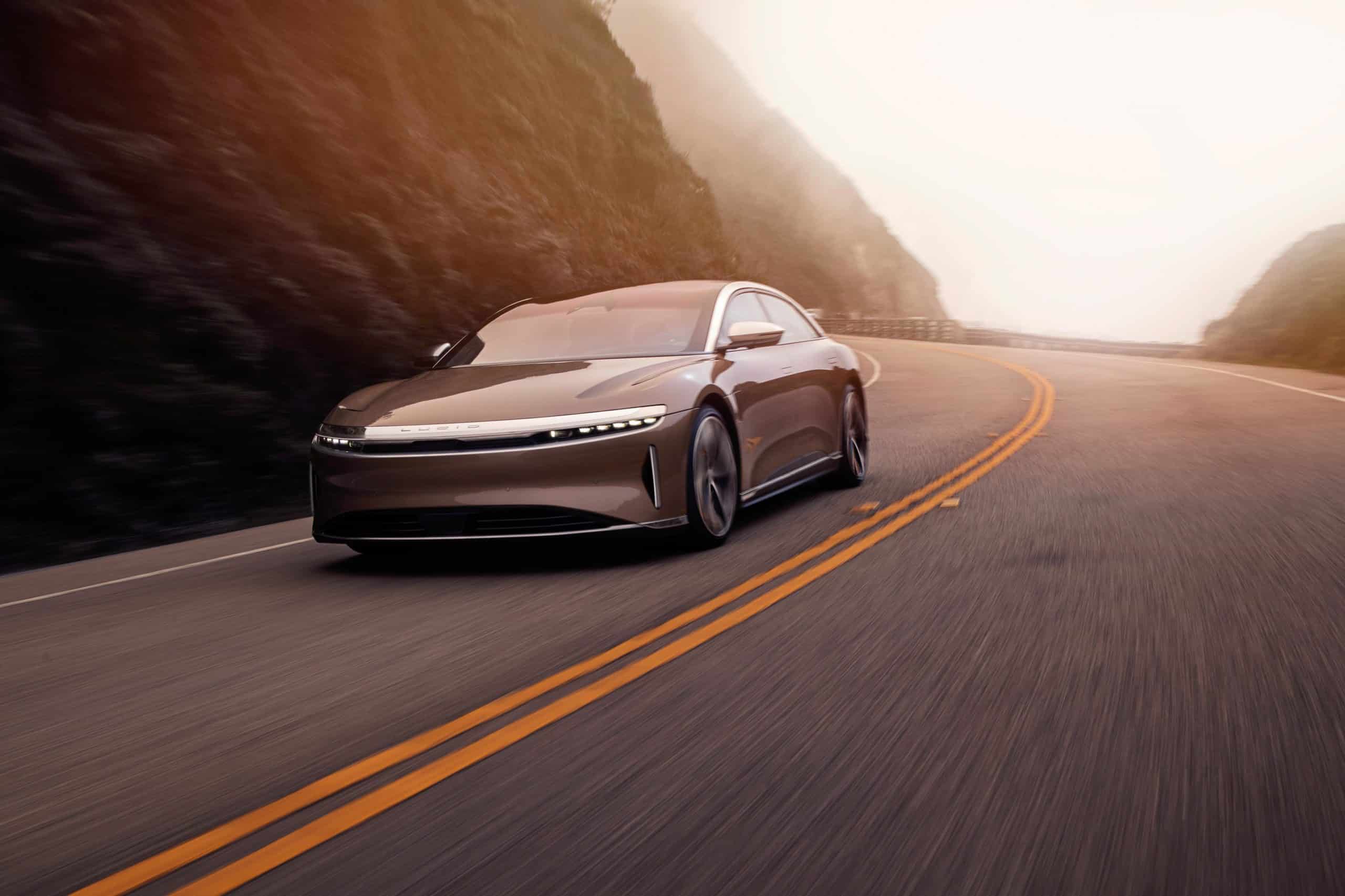 “When we embarked on this journey at Lucid Motors and the development of our first vehicle, the Lucid Air, we refused to compromise. We decided early on that we were going to pursue every facet of performance, innovation, and luxury,” said Derek Jenkins, VP of Design, Lucid Motors.

If there is one truth in automotive engineering, it is that everything is a compromise. The massive 113 kWh of battery in the Air’s proprietary skateboard chassis comes at a weight penalty. Luxury materials increase the MSRP. Lucid’s “next-level” Advanced Driver Assistance System (ADAS), with 32 different sensors and LIDAR, adds technological complexity. Every feature comes with a cost and as a result, engineering quickly seems like a zero-sum game (this is why all your engineer friends are curmudgeons). 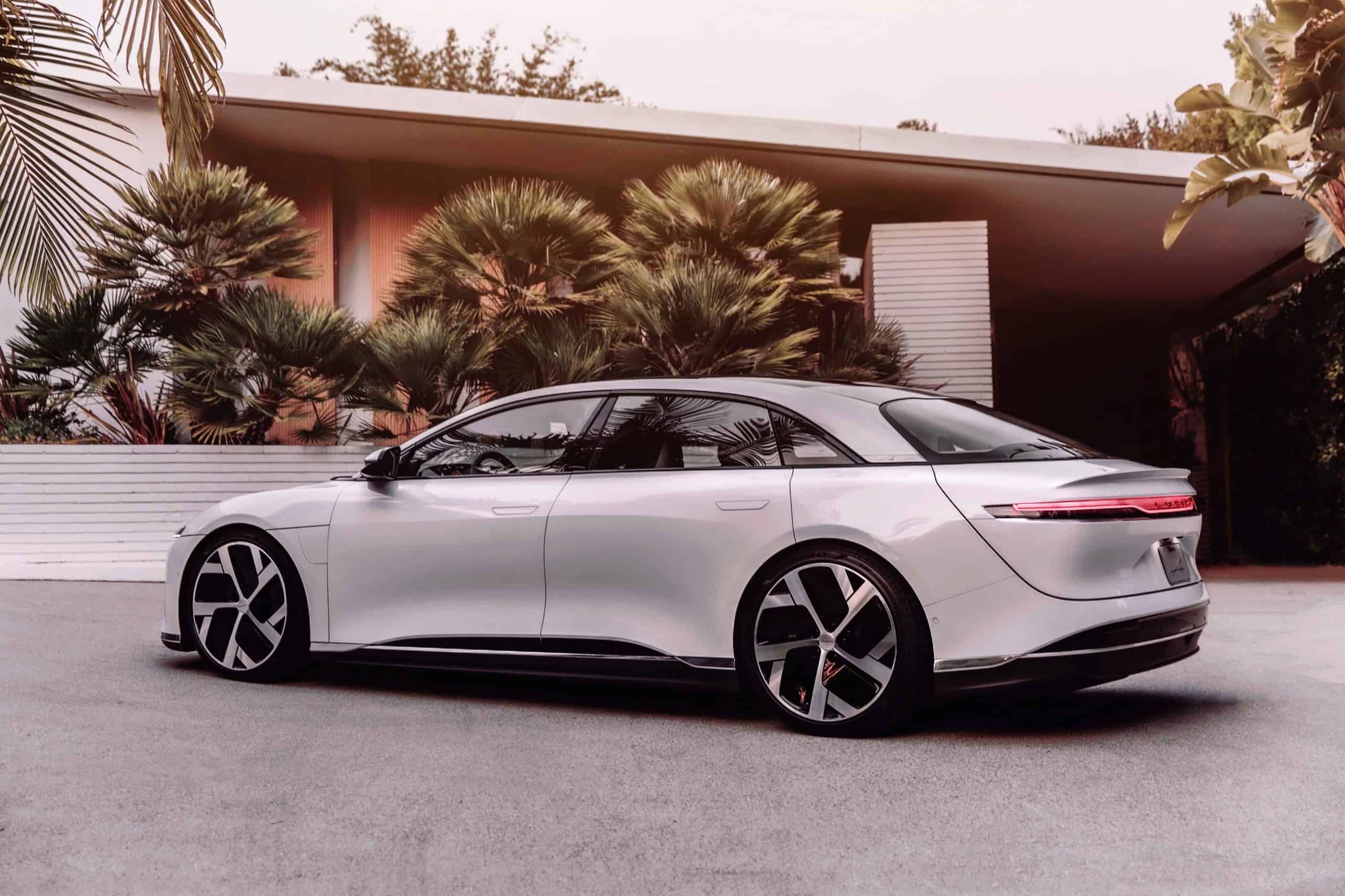 The Lucid launch feels eerily similar to the 2012 launch of the Fiskar Karma. The Karma was a spectacular vehicle – a sporty hybrid luxury sedan with premium materials and equally audacious specs for the time. My engineering friends at Fiskar were especially dispirited – the Karma they said suffered from design-by-committee and scope-creep. Every play they wanted to make required a full team time-out and resulted in delays and blown formations. As a result, the final production car was bloated and complex. Karmas were heavy, unprofitable, and failure-prone – fewer than 1,800 made it to market.

The way Lucid aims to win in automotive design is “one inch at a time.”  Automotive inches are gained through little wins in efficiency that by themselves appear marginal but in aggregate can transform an EV into a lean, elegant design that is simple to execute, saves costs, and delivers the best value to customers. Value to customers is essential in the crowded lux-sport-sedan market, and if you believe Lucid’s press release – they have the right playbook to execute on this. 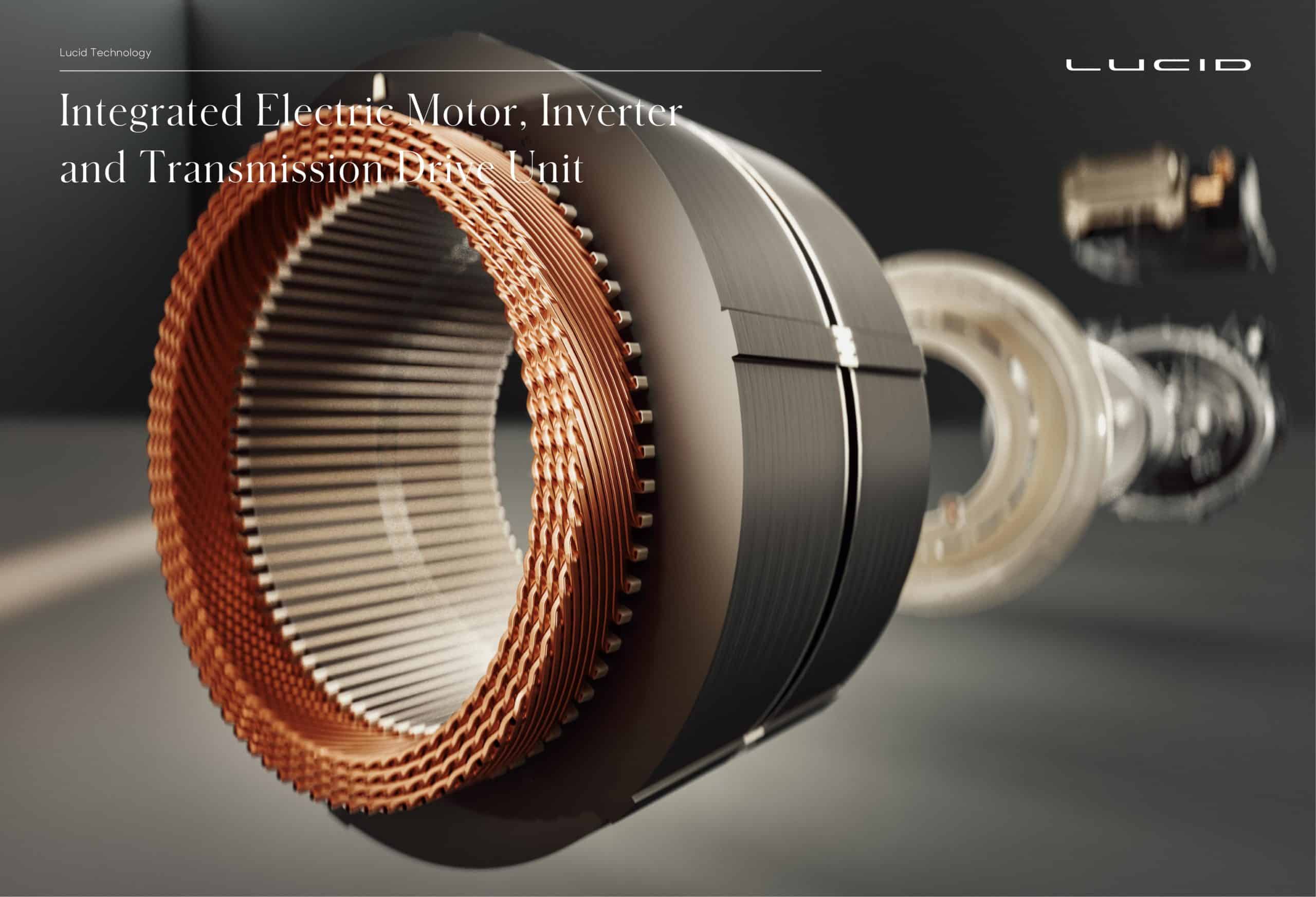 If you’ve studied Tesla’s drivetrain engineering, Lucid’s powertrain is strikingly similar. It also features a planetary gear reduction, permanent magnet motor, and an integrated inverter. The electric motor design has seen a rather stunning amount of innovation in just the past few years – the gains in power-dense motors have been faster to market than gains in battery or inverter technologies. Lucid appears to be taking that further with their stator winding – the golden crown featured in their rendering lend credit to Lucid’s claims of the highly efficient phase winding arrangement. If it’s true, they’re squeezing even more out of copper and magnets than their rivals.

One way the 2021 Lucid Air powertrain differs from Tesla is in voltage, at 900-volts. The only other brand delivering 900-volt powertrains is Porsche. Higher voltage allows Lucid to use fewer amps to create their quoted, and astonishing, 1,080 hp. Running fewer amps means your resistive losses are lower, which yields both higher efficiency and higher peak power. Lucid has already shown that they can lay down the power on the drag-strip, beating a Tesla Model S, but we can’t wait to see what they can do at the Nurburgring.

The 900-volt system is also what gives the Air its crazy-high charge rates. While 300 miles of range in 20 minutes is quite a feat, there are few public chargers that can actually deliver that kind of juice. The EV charging infrastructure in the U.S. simply isn’t ready for the Air. Tesla has a huge advantage in its supercharger network – it will take years if not decades for the rest of the competition to catch up. Filling the Air’s 113 kWh at home is going to be slow. You’ll probably need to budget 15+ hours with a standard level 2 charger. 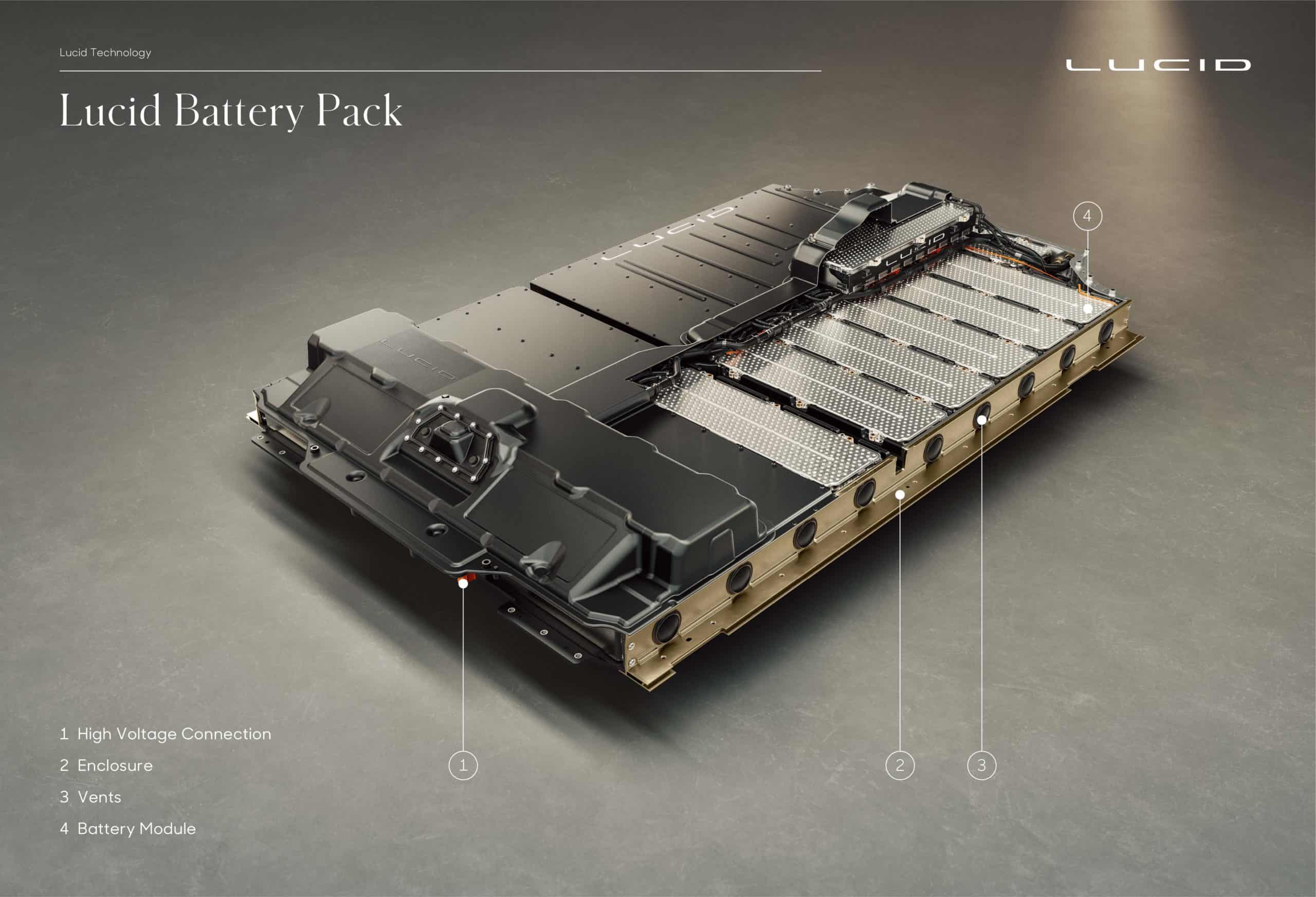 A Typical Sled of Batteries

Lucid partnered with LG Chem to produce the Air’s 113 kWh battery pack. For the most part, the Air’s battery follows the same trend we see with Jaguar, Tesla, and other OEMs following the “skateboard” chassis design. There is good reason, as this design keeps the weight low, maximizes passenger space, and allows battery current to flow to both front and rear wheels very efficiently.

Even if Lucid does everything right with this battery design, it will be difficult for them to compete. Companies like Tesla and GM who produce their own cells are intimately involved in the design and manufacturing of EV’s most essential component.

Skinny in The Breeze

The 2021 Lucid Air is “The most aerodynamic luxury car in the world,” with a coefficient of drag (Cd) of just 0.21. For comparison, Honda’s first-gen Insight hybrid had a Cd of 0.25, and the Tesla Model S sits at 0.24. That may seem like a minuscule difference, but aero losses increase with velocity cubed, thus a low Cd is critical in increasing aerodynamic efficiency. In basic terms, the faster you go the more gains you get from even small aerodynamic improvements. 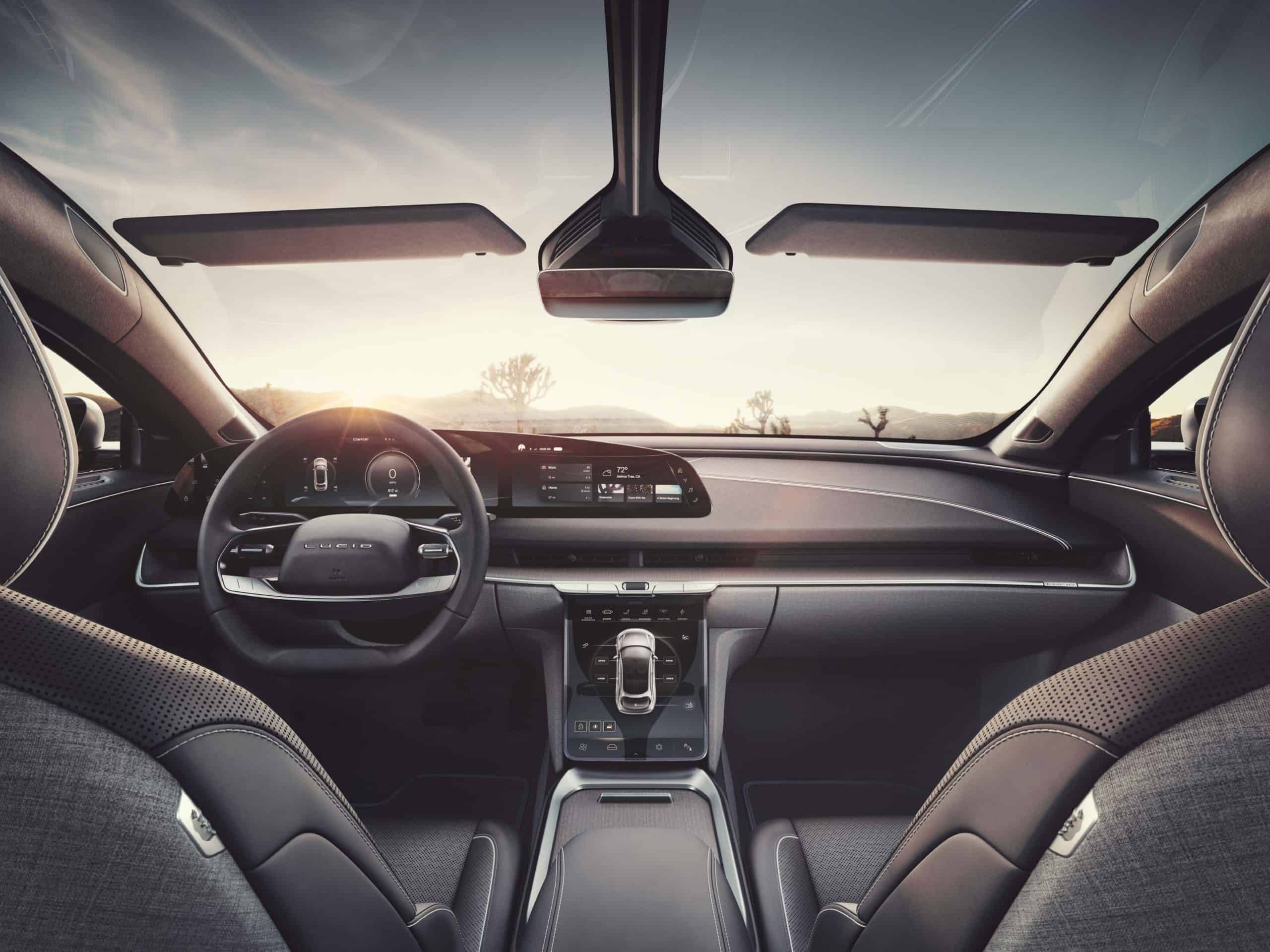 The experience of driving is not just a numbers game. Lucid’s design team looks as though they’ve capitalized on an efficient use of “Space to create Air” to deliver a superior ride. The roofline and pillar design is remarkably spartan. It’s as if the Air could fly and you need to view the airspace outside your cockpit. Just don’t follow any gravel trucks too closely, as that can’t be cheap glass to replace! 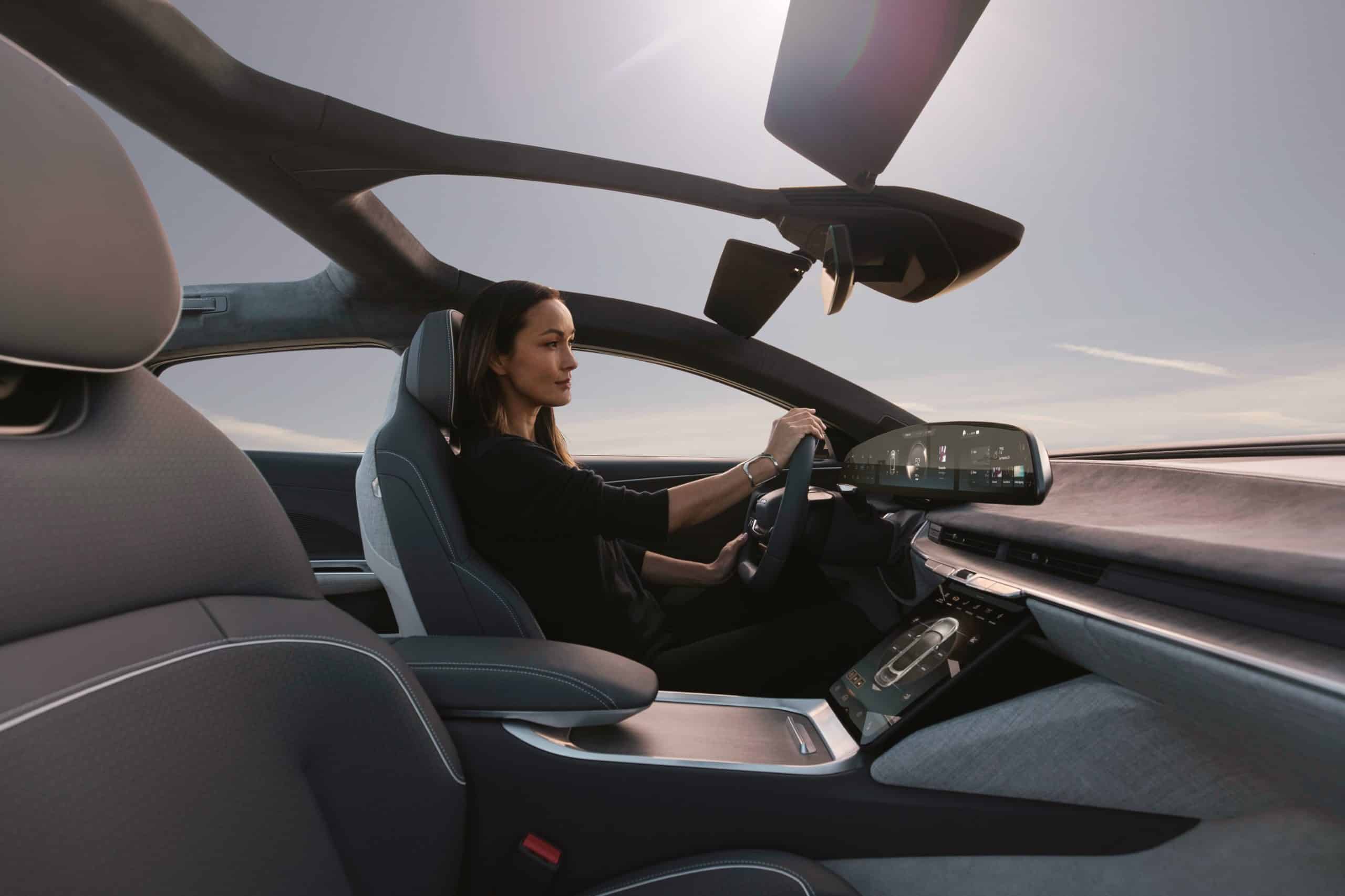 The driver interface design also aims to outsmart Tesla at its own game, with a 34-inch curved glass 5k display that “floats” above the dashboard. Lucid thankfully has also promised physical switches around the steering wheel for climate and audio functions. Whether you want it or not, the Air has Alexa from Amazon natively built-in. You can even have Alexa display visuals via the Air’s immersive Glass Cockpit Heads-Up-Display.

When the sun sets, Lucid also claims “Most Advanced” headlamps, with a ‘Micro Lens Array.’ These lens arrays are comprised of thousands of “light channels” that can offer the most precise and brightest headlamps on the road today. In theory, these light channels can be individually directed to maximize visibility for the driver. You have to wonder how necessary advanced lighting will be when Lucid is also promising a path to Level 3 autonomy via Over-the-Air updates.

Does The Lucid Air Add Up To All The Hype?

The Air is a beautiful collection of promises, and one wonders just how they’ll deliver against incumbent automotive giants. The beauty of efficiency gains is that they work like compounding interest, stacking on each other in a cascading effect that is greater than the sum of its parts. Lucid’s specs speak for themselves, at least on paper this is a class-leading automobile on every level. Their most impressive number? 4.6 miles/kWh – the thriftiest electric vehicle on the planet and 30%+ better than the Tesla Model S. 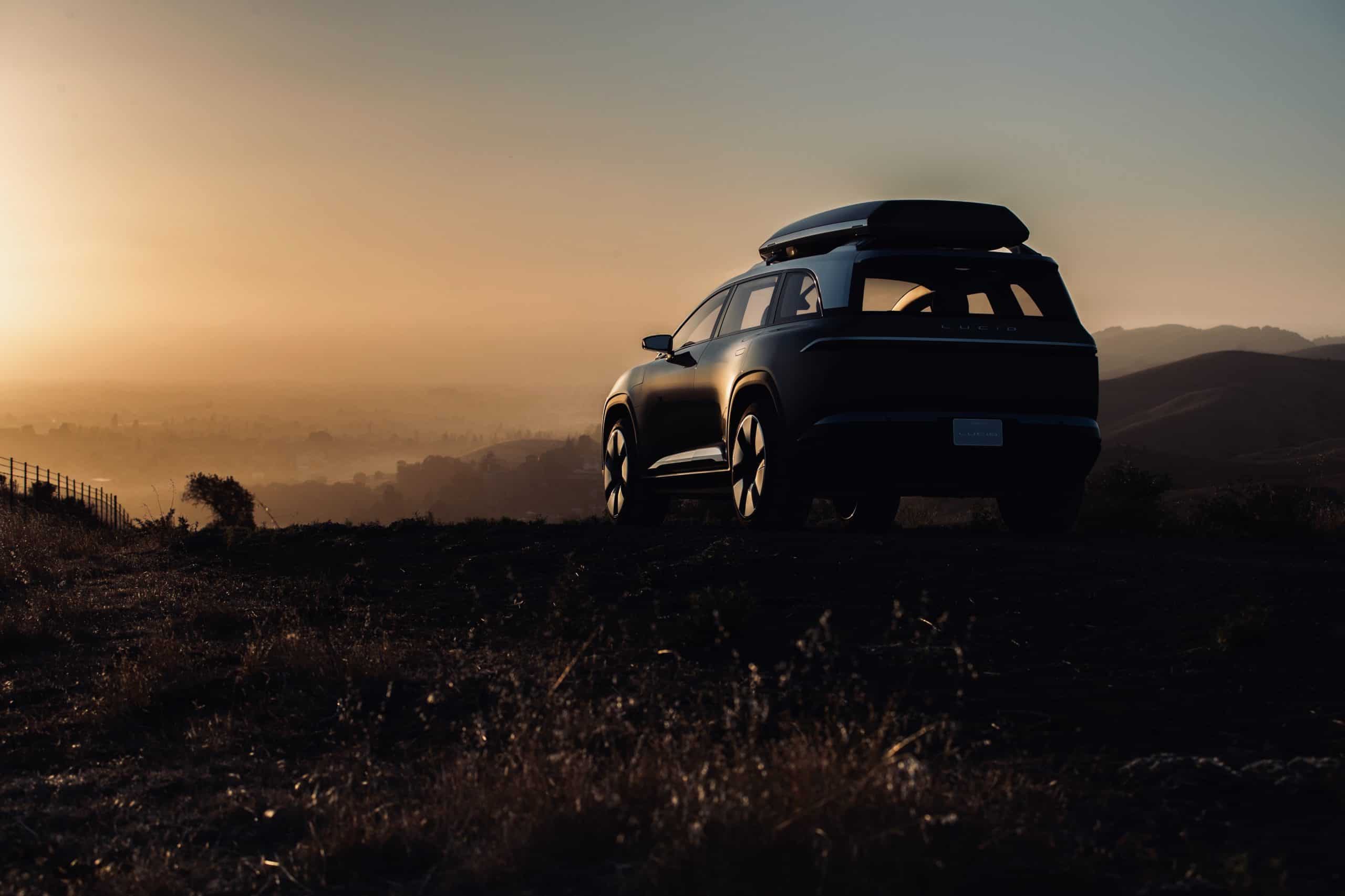 That pricing structure is decidedly up-market, but also a potentially excellent value proposition next to players like Cadillac, Jaguar, and Porsche. Also, just like every other manufacturer, Lucid is promising a luxury SUV in the pipeline as well.

On paper Lucid is winning the inches game, their engineering staff is chock-full of talent from the EV world. Leading the team is Peter Rawlinson, the brains behind the original Tesla Model S; one could hardly ask for a better franchise quarterback. Delivery is about more than just numbers though, and automobiles require a system of manufacturing, sales, and support beyond just a great product.  Lucid is looking very good on draft day, and it’s time to see if they have what it takes to play with the pros. 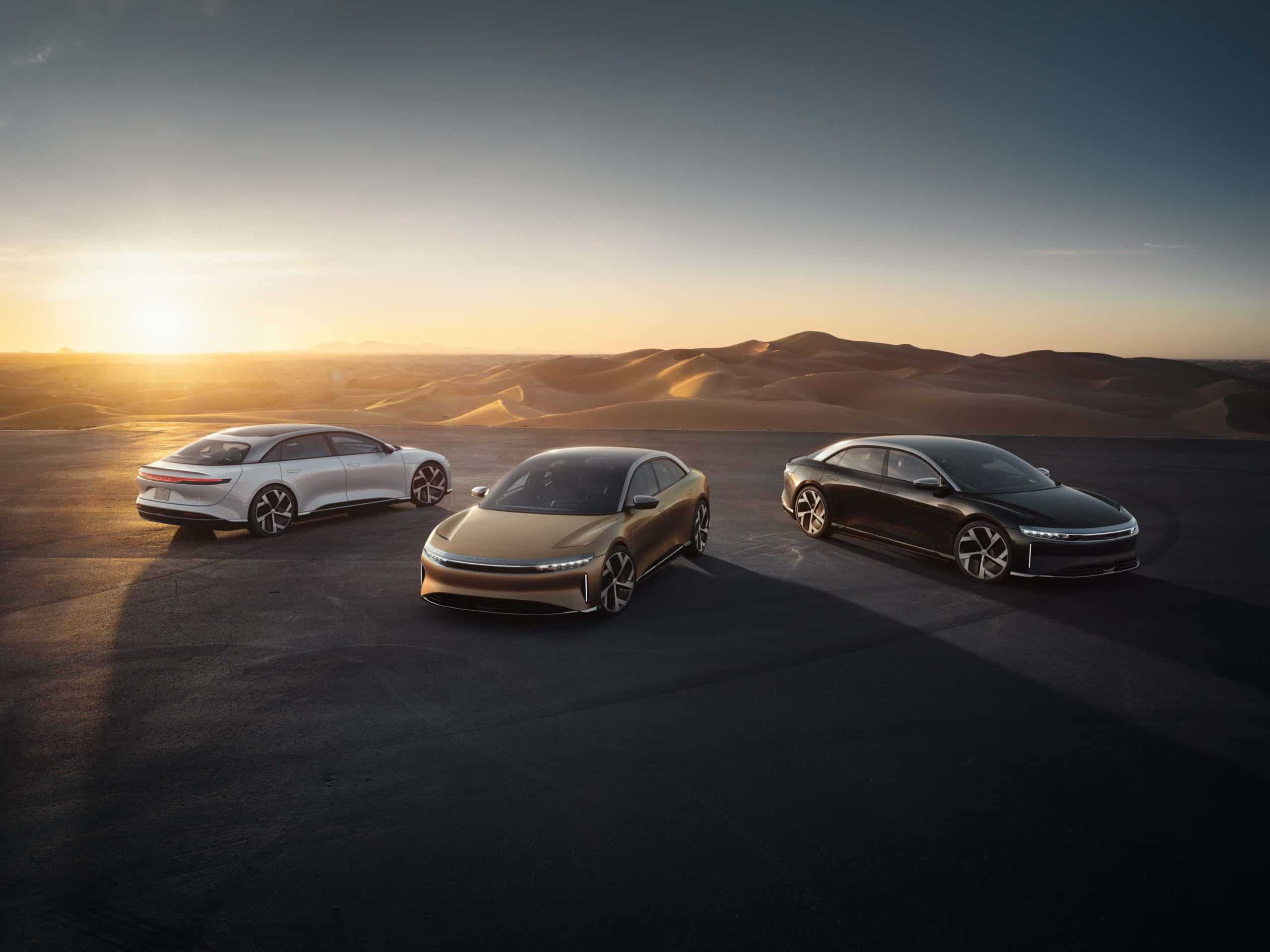