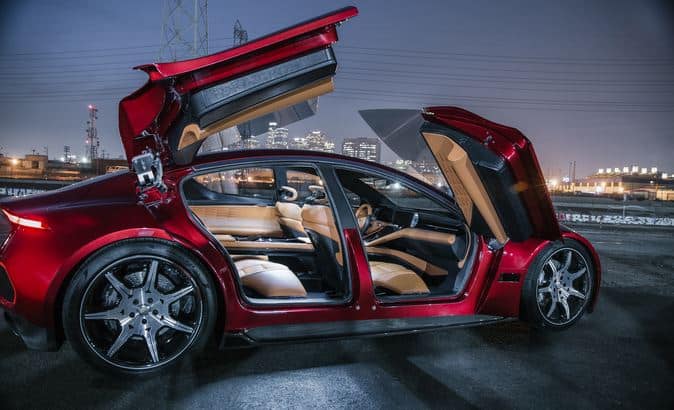 Electric vehicles are becoming a popular sight on American roads with many options already available to consumers. In the very near future, we are planning to see an explosion of new electric technology. Here are 10 future electric cars to be on the lookout for. 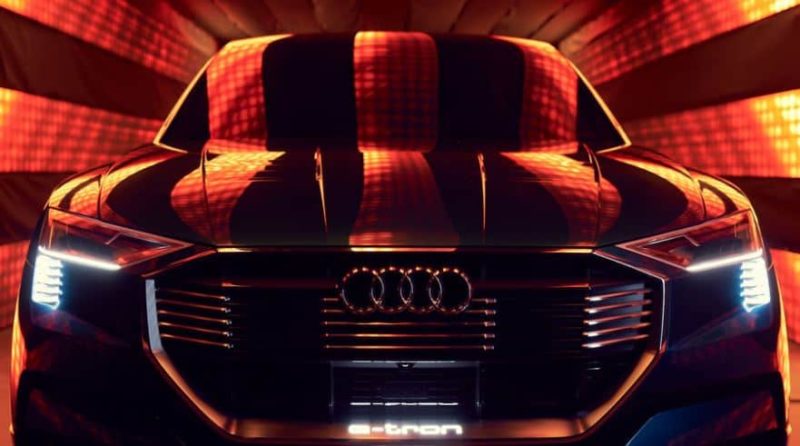 Leading the lineup is the Audi e-Tron Quattro SUV, which is a luxury-class sport SUV that is all electric. This amazing vehicle will come equipped with three motors; one of them drives the front axle while the other two work on the rear. Altogether they have a total output of 320 kW. It’s the future of electric in the United States.

The driver has the ability to gain 370 kW and 590 lb-ft of torque while boosting, which gives the Audi the feel of a sports car even though it’s an SUV. When the pedal is floored, the e-Tron Quattro accelerates to 60 mph in just 4.6 seconds and quickly reaches its top speed of 130 mph.

The Audi’s lithium battery is stored in the floor and offers a range of more than 300 miles. On top of that, a full charge takes just about 50 minutes. It also features a system that guides it into the right position when charging.

Charging stations aren’t even the only way to recharge with this tech-savvy crossover SUV. Head out on a sunny day and let the solar roof panel provide electricity! This 2019 SUV is set to be released in Europe this fall with no word yet on an American launch. 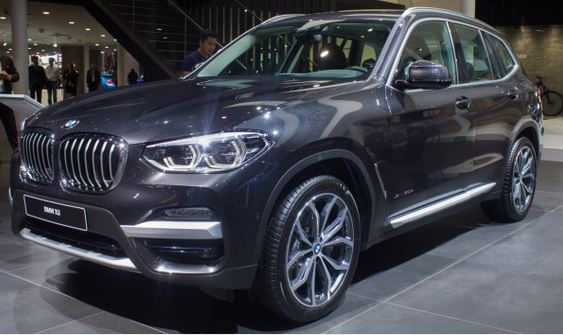 While it is too early to catch a glimpse of the BMW iX3 Electric just yet, reports are being circulated that it is planned to look just like the BMW X3 SUV. It will be available in two separate forms: the plug-in hybrid or a fully electric SUV model.

The hybrid version is expected to have a pair of exhaust pipes and it will be powered by a 2.0-liter gas engine paired with an electric motor. These combined, you can expect to see close to 300 horsepower and exciting acceleration. The BMW iX3 will also come complete with four-wheel drive and should be able to travel 30 miles on electric alone.

We have yet to get the full details on the fully electric model, but we are convinced it will be one of the best future electric vehicles available. BMW is known for the sporty nature of their vehicles, so it is unlikely that this large car will be anything short of brisk. If plans pan out the way we think, we could be looking at a 0-60mph time of about five seconds with a driving range of 300 miles or more.

Needless to say, this is one vehicle we are yearning to find out more about. 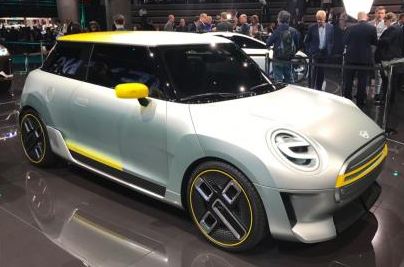 You might remember the attempt BMW made back in 2009 to build the first Mini E. They threw a battery pack into the back seat and produced a few hundred to try out. This test served a great purpose in showing the company how people expected to use their electric cars.

Now, BMW is at it again. The all-electric Mini will be making its way back into the lineup as one of the newest future electric cars. While there are a lot of vague details being circulated, we do have to wonder if the debut will coincide with the arrival of Samsung’s 125-Ah battery cells. These are also planning to hit the market in 2019 and they could offer a range of 200 miles or more on a single charge for the Mini Cooper.

Aside from the Mini E, you’ll also want to be on the lookout for a hybrid version of the Mini Countryman to show up as well.

You’ll have to wait until 2019 to see this future electric vehicle, but it should be worth it. Just like the first Mission E, this 440 kW system delivers power to two synchronous electric motors. This propels the Mission E from 0 to 60 mph in a mere 3.5 seconds. After all, Porsche has to live up to its reputation of being a high-performing beast.

There is also some versatility with the Porsche Mission E. Its 800-volt charging system works through a charging dock, induction, or its unique home energy management system. In just 15 minutes, you can expect enough battery to travel 250 miles.

A quick look at what the Mission E has to offer shows you this brand is serious about competing in the electric market. It sits on top of 20-inch wheels, has a raised suspension that lifts it an additional 2 inches and features Dynamic Chassis Control, all-wheel-drive, and rear-axle steering.

Here’s a future electric vehicle that is here now. The Chevrolet Bolt EV is poised to be a leader in this market. With its floor-mounted battery, the Bolt EV powers up a 200 horsepower electric motor. The best part is that most anyone who has the budget for a new car can afford to purchase a Bolt.

Aside from the affordability, the Bolt EV is a joy to drive. Acceleration is snappy and driving on the roughest roads proves to be no challenge for the Bolt. This battery-powered electric hatchback can handle over 200 miles of road on a charge.

On top of that, you don’t have to sacrifice any luxuries you want from a new car. The Chevrolet Bolt EV comes with a 10.2-inch touchscreen plus Apple CarPlay, Android Auto, and 4G LTE Wi-Fi are all options you can add in. It also comes complete with some autonomous driving features.

Don’t take our word that this car is special; the Bolt was named 2017 Motor Trend Car of the Year, the 2017 North American Car of the Year and an Automobile Magazine 2017 All-Star plus it is listed in Time Magazine’s Best 25 Inventions of 2016.

Henrik Fisker is the man behind the EMotion. You might remember his name as the one responsible for designing the Aston Martin DB9 or BMW Z8. What makes the Emotion unique is that this car has an over 400 miles of range.

Aside from that, you’ll also be sure to spot the 24-inch wheels which make it abundantly clear this car wants to play. With a top speed of 161 mph, this isn’t your typical electric car, but more of a sports car instead.

Another thing that sets this model apart from other future electric cars is the doors. The gullwing-type doors are going to be controlled by the user’s smartphone. At CES 2018, these doors were inoperable though. That’s because Fisker hasn’t yet figured out how to work them. 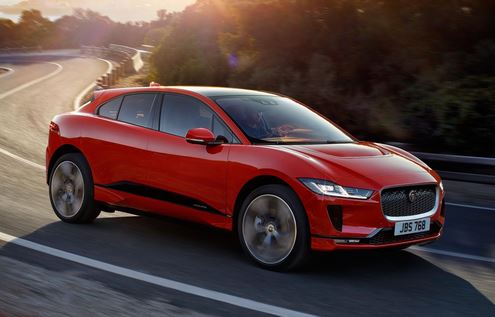 When you discuss future electric cars, it is likely that the conversation will turn to the Jaguar I-Pace. Not only is this the first electric model from the Jaguar brand but it is the latest addition to their expanding lineup of crossovers.

There are two electric motors that produce 394 horsepower and 512 lb-ft of torque which propels this all-wheel-drive vehicle. While that doesn’t rival the Tesla, it does have a 0 to 60 mph time of 4.5 seconds. In addition, the 90 kW battery pack has a 240-mile range.

The battery reaches 80 percent capacity with a 40-minute charge. The I-Pace is also going to be priced about $10,000 less than the Tesla once it hits dealerships in the fall of this year. 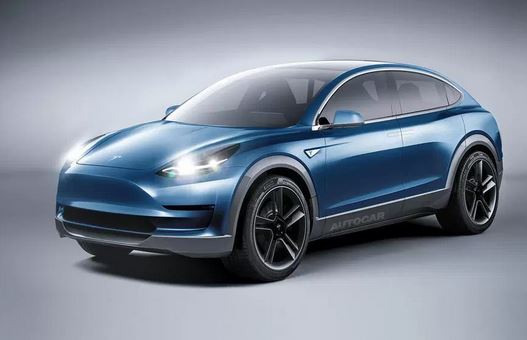 Elon Musk originally suggested that the Model Y would be built on the Model 3 platform, but things seem to have changed. While we don’t have the specifics as to what happened, we do know that the Tesla Model Y will be built on a new platform with production in late 2019 or early 2020.

Because consumers are moving away from cars and leaning heavily on trucks or SUVs, Tesla knew it needed to expand its lineup. Currently, they have the Model X, which is a sport utility vehicle, and two sedans, models S and 3. That’s why it was imperative for Tesla to step into the crossover market.

What we do know so far about the Model Y is that it might be more of a hybrid vehicle in the sense that you can expect it to combine characteristics of several of their other models.

It’s common to see a Tesla vehicle at an auto show in North America these days. They are poised to be the future of electric cars. When you look at this car, you know the answer to, “are electric cars the future of driving?” It’s vehicles such as this one that will cause the combustion engine to disappear. 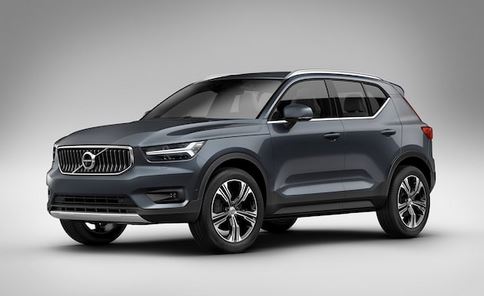 Volvo has been making waves in the past few years with its new vehicles. First, it was the XC90, followed by the S90 sedan and then the V90 wagon. With its luxury lineup filled, the 2018 Volvo XC60 mid-size crossover utility hit the dealers with much acclaim.

But they aren’t quite done yet! The 2019 Volvo XC40 is planned for an arrival date of late 2018 or early 2019. While all the new Volvo models are going to offer a plug-in hybrid option, the XC40 is going to arrive with a fully electric model.

To be competitive in the U.S. market, Volvo is going to offer this car with a starting price around $35,000. On top of that, the range is going to be at least 200 miles. That means Volvo is looking at directly competing with the Chevrolet Bolt EV and the Nissan Leaf to become the future for electric cars. It should be an interesting competition, to say the least. 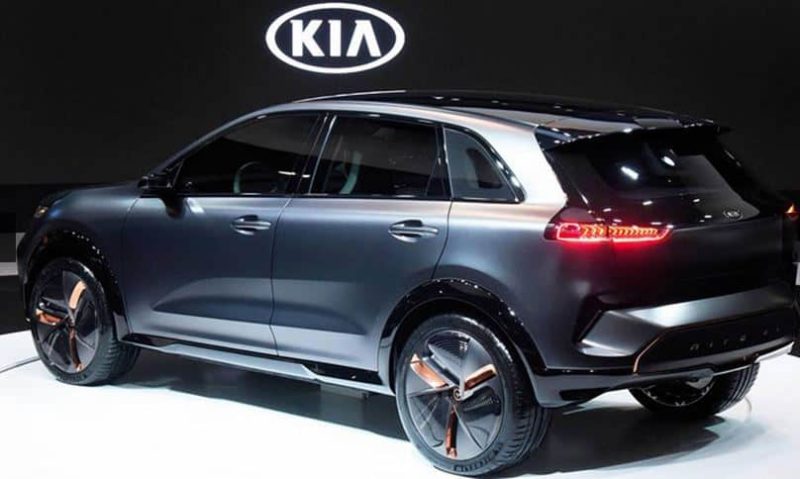 Kia already offers the Niro crossover in a plug-in hybrid and conventional hybrid version, so it makes complete sense that their future electric cars consist of a battery-powered option of the Niro. While it is still in concept form as of now, we do expect to see a look at the Kia future electric car production within a year or so. It’s even set to debut at the LA motor show.

The Niro EV powertrain appears to be taking a direct shot at the Bolt EV with its claimed 238-mile driving range. One of the differences between the two is that Kia is offering a larger lithium-ion battery pack of 64 kW.

The Niro EV is going to have a 201 horsepower motor which is better than the Niro hybrid with just 139 horsepower. As the Niro EV starts to make its way from a concept to reality, we expect to hear more news, but for now, we know that it should be starting in the mid $30,000 making this an affordable family vehicle.

The electric future is coming, whether we like it or not. Let’s face it, the old school internal combustion engine is on its way out. Every week, Silicon Valley and other tech hubs are pulling the covers off of new technology. Long range batteries are getting more powerful than ever, autonomous cars are just around the corner, smart steering wheels, space age chassis, touchscreen this, voice activated that, every new concept car that gets unveiled shows us a glimpse of the EVs coming out in the near future, each one better and more advanced than the last. What’s new at the Geneva Motor Show is old hat come the Detroit Motor Show. The Tesla Roadster won’t have a fraction of the performance as another electric concept version in five years time!

The news about future electric cars seems to be changing on a daily basis. Technology is developing so quickly that what wasn’t possible yesterday is becoming a reality for tomorrow. While it isn’t clear the details of every new electric car coming to the market, we do know that there will be an influx of electric cars to hit most major manufacturers within the next few years.

Which of the future electric cars are you most excited about?