The rear wheel drive Euro battle that will leave your wallet empty and your heart rate maxed out; the legendary GT350 is ready to punch the M4 square in the mouth.

The BMW M4 comes out of the corner swinging and he’s landing some serious punches. Looking like Usain Bolt the M4 crosses the finish line in only 3.8 seconds (zero to 60 mph) and never even shows signs of letting up as it approaches its top speed of 155 mph. The top speed is limited of course (what’s not these days), but a quick tune eliminates that annoying crutch. 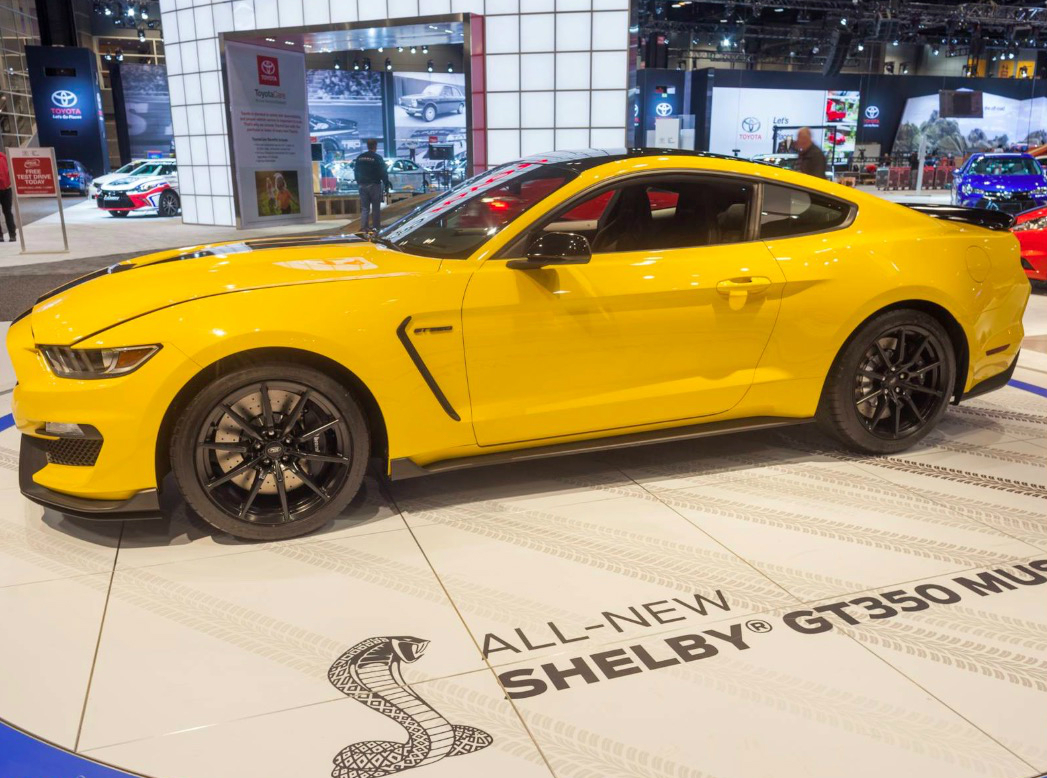 The American contender is packed with extra muscle thanks to the all-new 5.2 liter V8 engine (code name “Voodoo”) and it’s reported to have close to 600 horsepower. Jeremy Clarkson of the Top Gear BBC TV show mentioned that the GT350 V8 will have “520 horsepower”-is that fact or mere babble from the flamboyant television host?  Ford press releases have confirmed that the Shelby GT350 is the most powerful naturally aspirated production engine ever, with more than 500 horsepower and more than 400 lb-ft of torque. 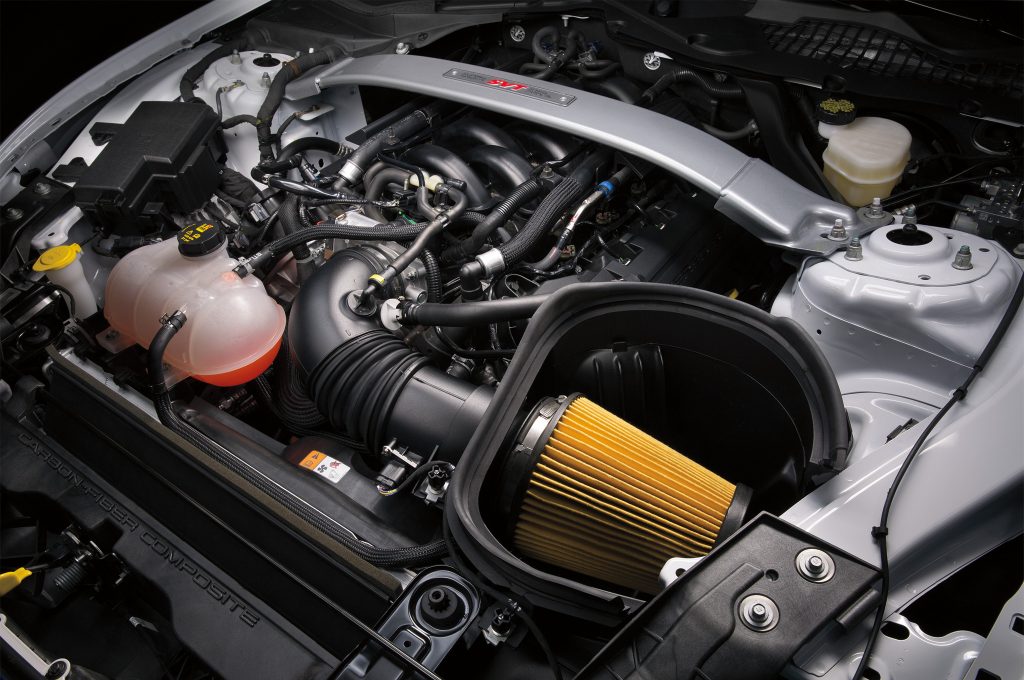 Just to add insult to injury, the list price is expected to be just under $60,000, so you may save a little to customize your GT350 as you wish. 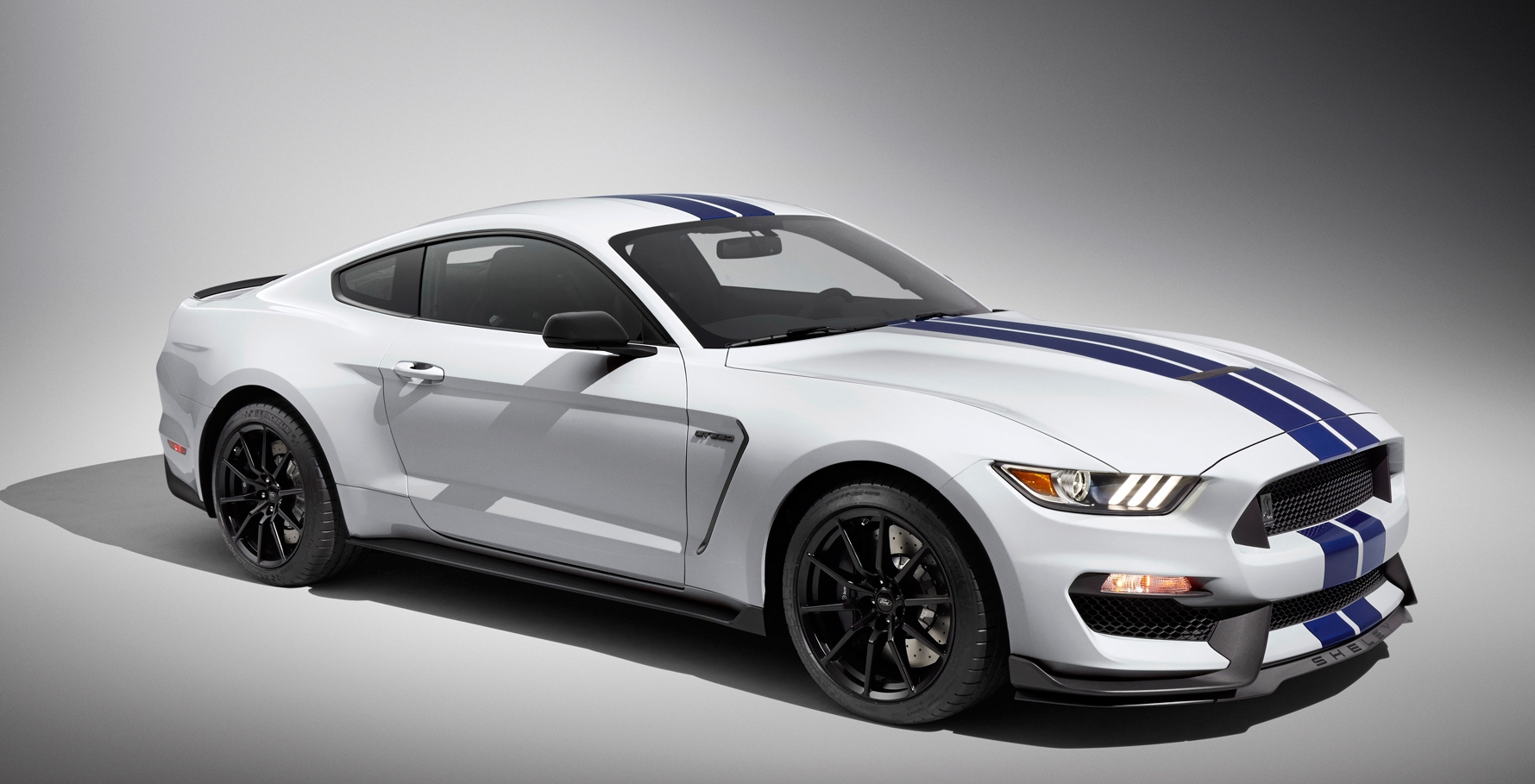 I may have uncovered a weakness for the German M4, so let me get to the point of my concern: the Mustang has always been a rear wheel drive car that prides itself on that “seat-of-the-pants” fun that every car guy wants. The ability to punch the throttle and feel the rear end get a little loose and drift at will is part of why we buy the Ford Mustang. Even with the new IRS (Independent Rear Suspension) the GT350 will still let you get the car on the edge of out of control whenever you feel like it. Its loud, it’s bold, and maybe with its stripes and spoilers, it’s a bit brash. 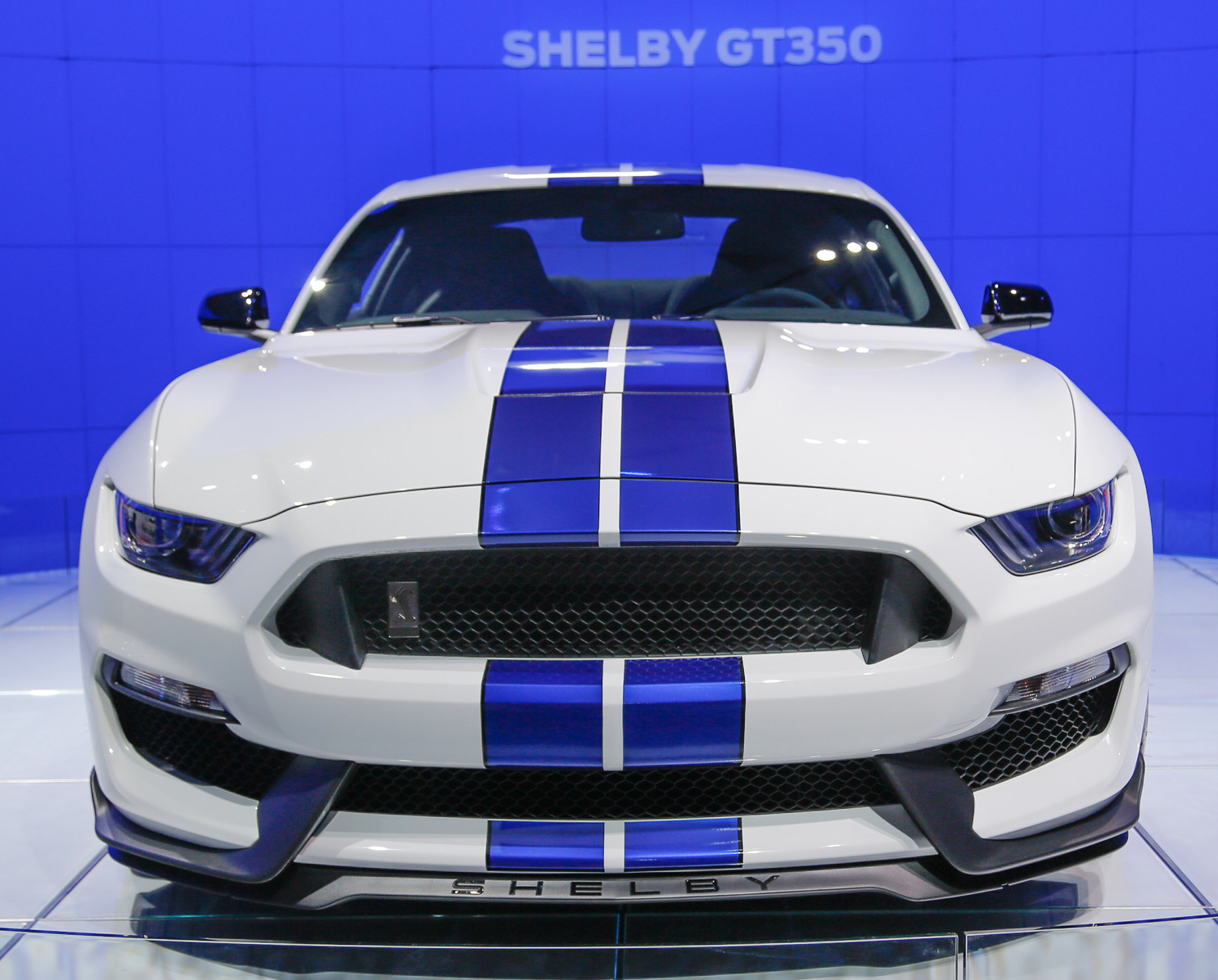 On the other hand, the BMW M4 is more refined and may in fact be too sophisticated. Car and Driver (Oct. 2014) even reported in their Lightening Lap No. 8 article “This machine, with its touring-car ride height and compliant suspension (by track standards), is equally predictable. It never steps out abruptly, squirms, under braking, or gets upset by staunch curbing”. The test drivers also wrote about their runs on the test track (VIR- Virginia International Raceway), saying that “The M4’s feedback-fee steering isn’t a big concern on the track – the car still communicates grip, when it has it and when it doesn’t, through the chassis, and it managed to pull 1.01 g’s in turn one, something that would be very difficult to accomplish with no information flowing back to the driver”. So have the German engineer’s managed to massage and refine the entire fun factor out of this new M4? 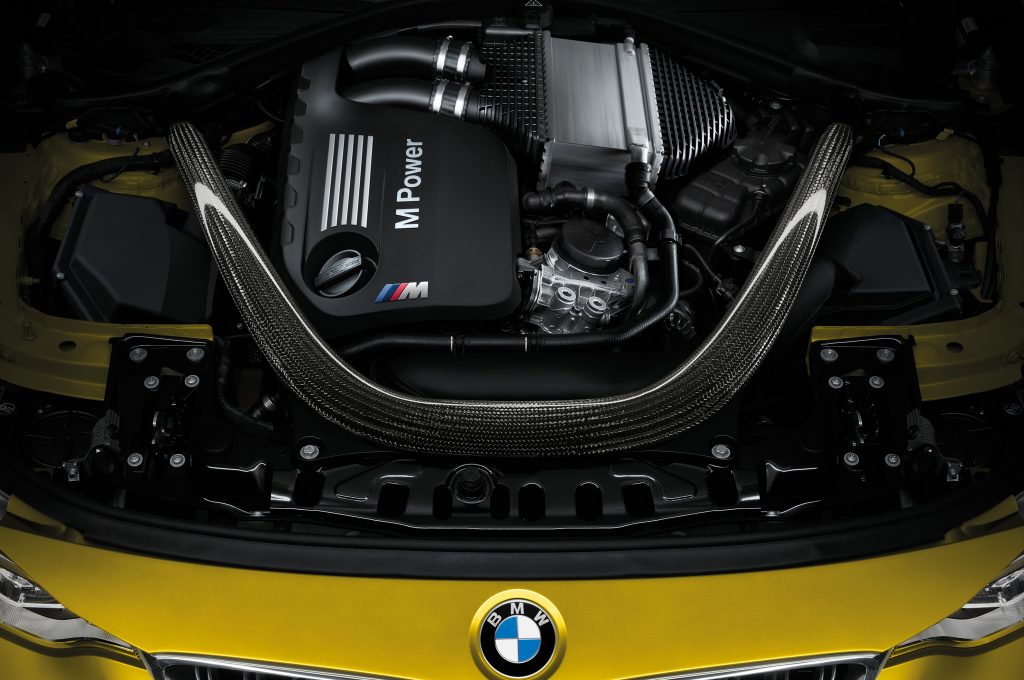 The new BMW 4 Series (F82 platform) was transformed by the iconic “M” division and we know they performed pure magic on the chassis. It was significantly reinforced, strengthened, and weight was shaved off. Mechanically they also enhanced the suspension, added high-performance brakes, and tweaked the all-new 3.0 liter six cylinder engine with a twin-turbo. The inline six harnesses and impressive 425 horsepower and 406 lb-ft of torque. 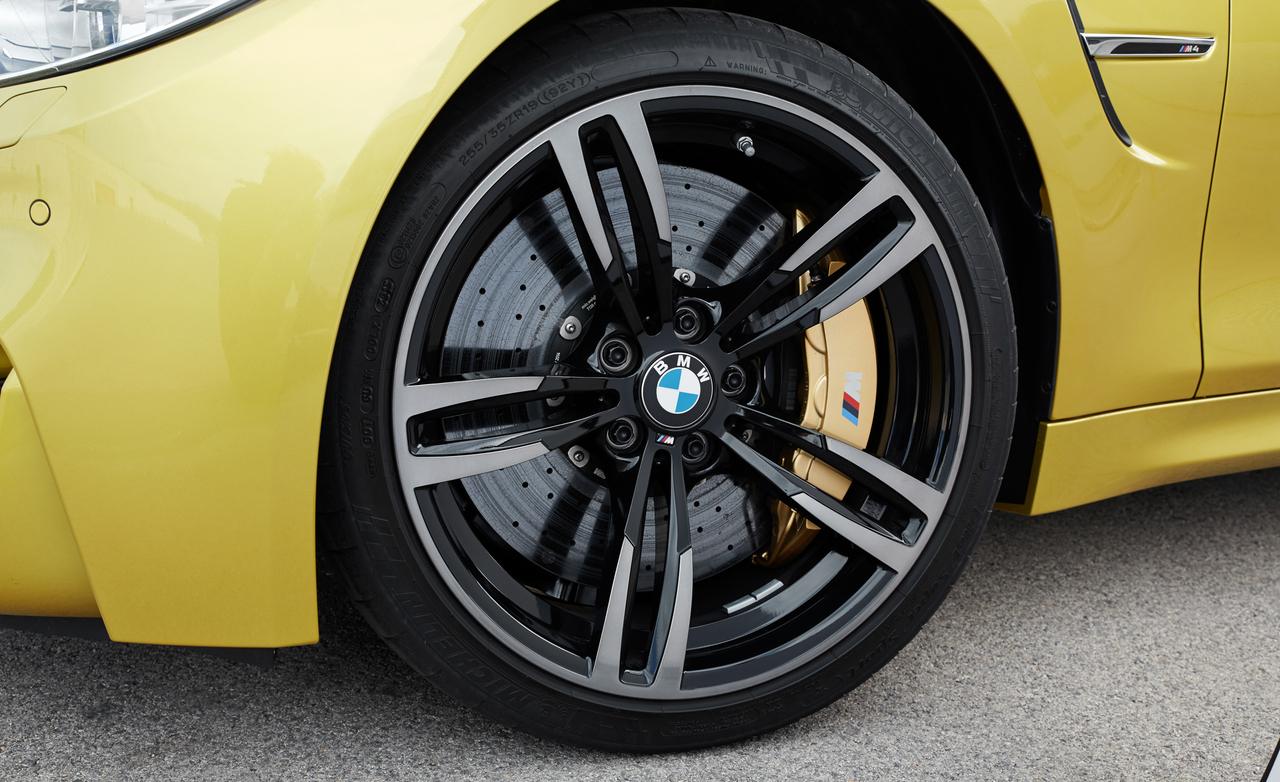 Base price for the new BMW M4 is $64,200, or just north of $80K if equipped with the goodies that will give you the best road and track experience, with upgrades such as the M Carbon Ceramic Brakes at $8,150 and the dual clutch gearbox that checks in at $2,900. So, be sure to have a fat wallet if you want the M4 in your garage.

This epic battle could be judged on zero to 60 mph times, horsepower numbers, torque ratings, or even lap times on a track, but to me the battle needs to focus on good old fashioned excitement. Given that I have not driven either of these cars yet, I will give you my decision based on reviews from those that have driven them on street and track. 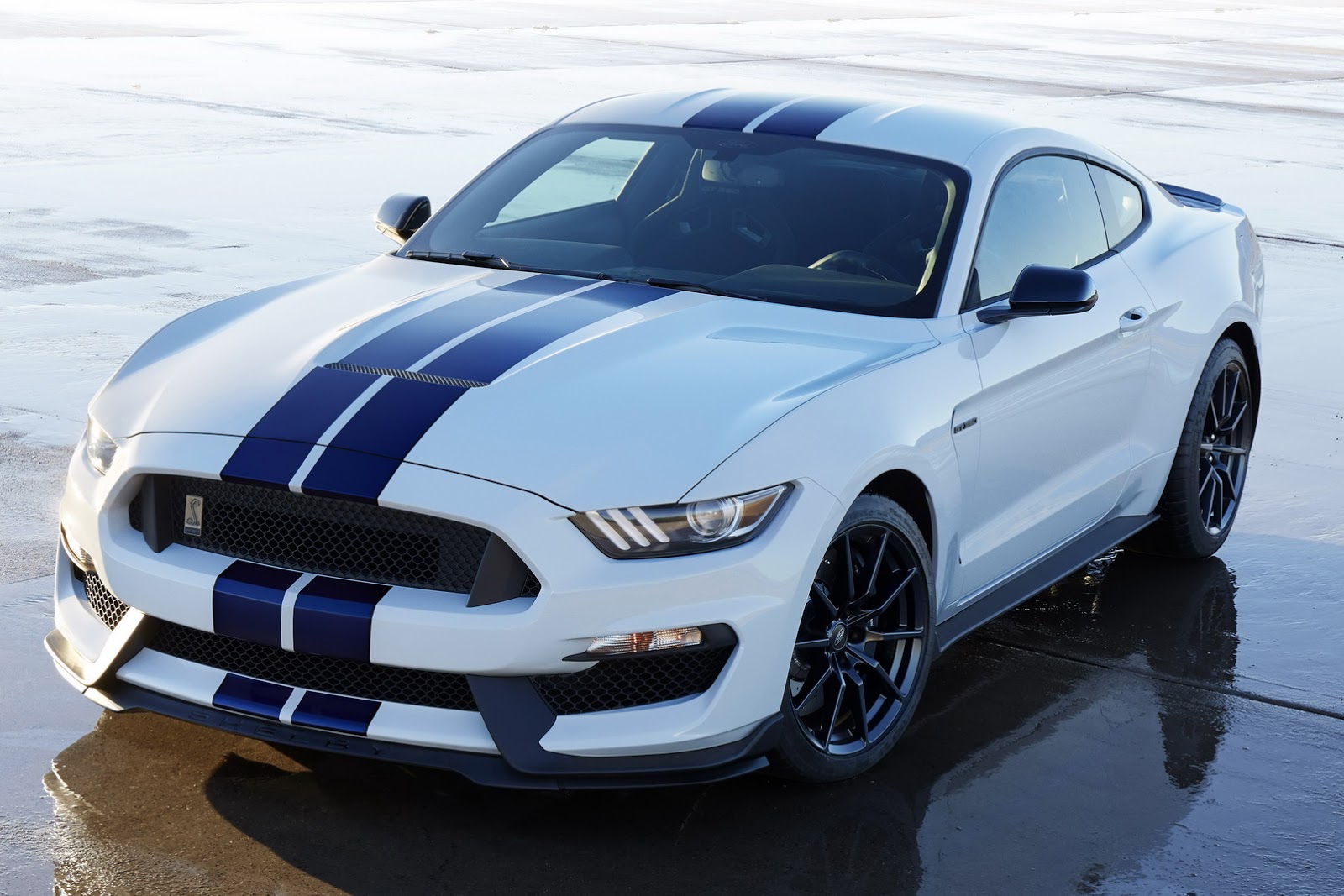 I declare the winner to be the Shelby Mustang GT350 over the BMW M4. After a hard fought 12 round fight the BMW stands tall but then falls short of a unanimous decision. The original pony car has finally grown up and has developed into a true world beater, yet it still possesses some of that raw untamed ability to sling the car into a corner and power slide out of it. If you are looking for the fun factor to still put you on the edge of your seat and performance teetering on the limits of control, then the Shelby GT350 is the clear choice.