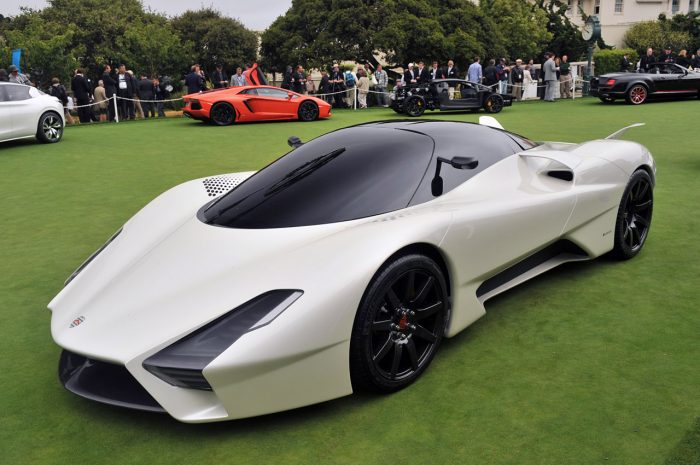 Torque is defined as a rotating force that may or may not result in motion.  It is measured as the amount of force multiplied by the length of the lever through which it acts.  Torque was explained to me as the pull you feel in the seat of your pants when you accelerate in a vehicle.  Horsepower and torque are related as well in that the more torque a vehicle has, the more power. 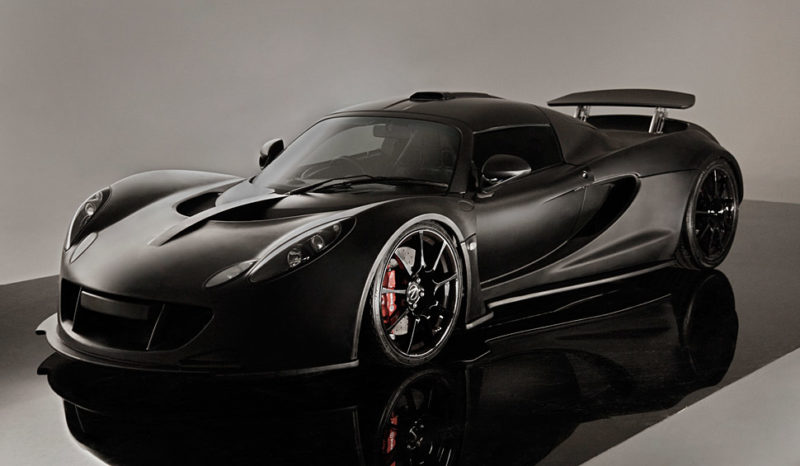 What are the cars that produce the most torque?  As you would imagine, there is a lot of overlap between the list below and the list of production cars with the most horsepower. 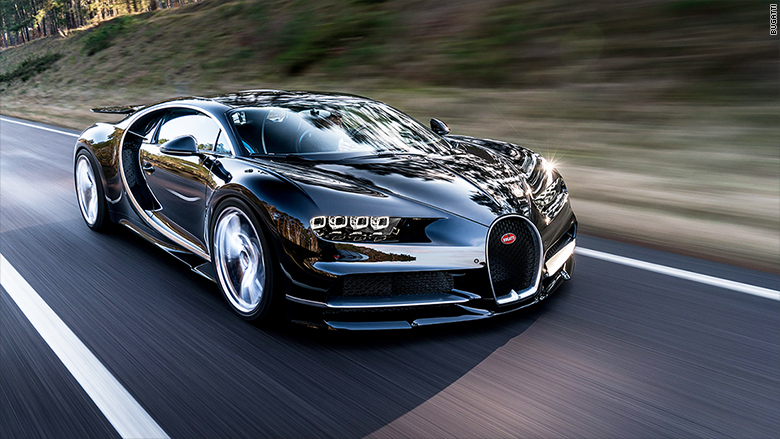 It is questionable whether the Bugatti Chiron should even be on this list since it has not yet officially entered into production.  However, I will include it as a sort of honorable mention.

Introduced at the Geneva Motor Show yesterday, the Bugatti Chiron produces a locomotive-like 1,180 lb-ft torque of power.  This is an improvement of 80 lb-ft over its faster predecessor, the Bugatti Veyron 16.4 Super Sport.

Both vehicles are running the same engine, the 8.0 liter W16 engine.  However, the W16 in the new Chiron has been thoroughly engineered, benefitting from 4 larger turbos. 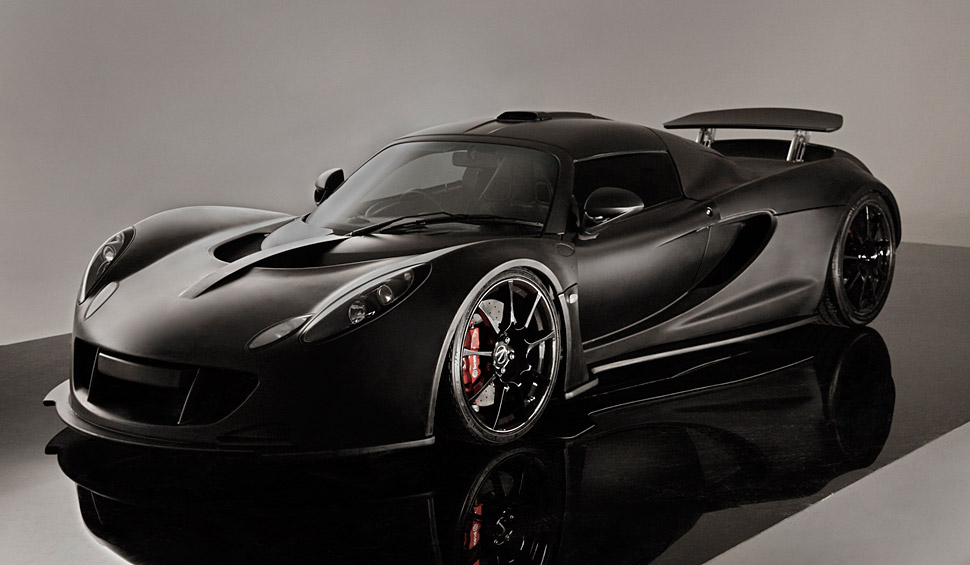 The Hennessy Venom GT is a sports car based on the Lotus Exige that was assembled in England.  The Venom GT is powered by a twin-turbocharged 7.0 liter V8 GM LS7 engine with an iron block, aluminum block and twin precision dual ball bearing turbochargers.   Maximum output is 1,244 bhp and 1,155 lb-ft of torque at 6,600rpm.  However, it is adjustable to three different levels; 800bhp, 1,000bhp, and 1,200bhp.

As would be expected, acceleration in the Venom GT is otherworldly.  In January of 2013, a Venom GT set a Guinness World Record for the fastest production car from 0-186mp with an average acceleration of 13.63.

In February 2014, a record was set for 270mph at Kennedy Space Center.  This does not qualify as a record for a production vehicle because a minimum of 30 vehicles need to be built to qualify.  As of this date, only 16 cars have been sold. 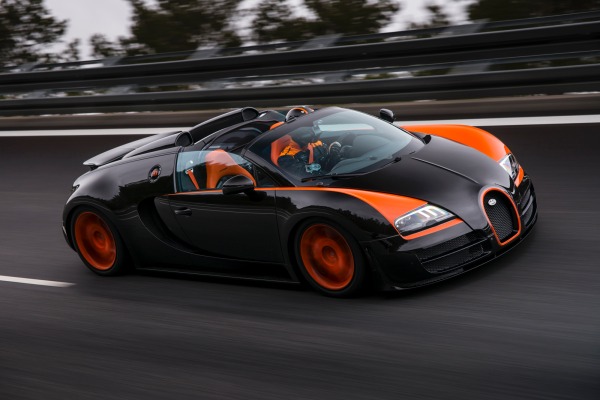 The Bugatti Super Sport is a faster, more powerful version of the Bugatti Veyron.  Only 30 units were produced.  The Super Sport produces 1,200bhp and torque of 1,100 lb-ft which translates into a top speed of 267mph.  However, top speed is limited to 258 mph to protect the tires from disintegrating. 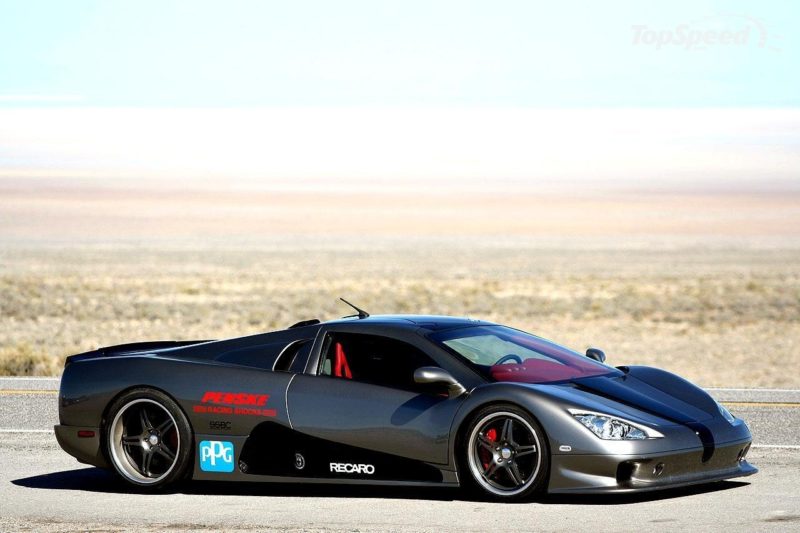 Prior to the introduction of the Bugatti Veyron Super Sport, the SSC Ultimate Aero TT held the record for the fasted production car in the World, a title it held from 2007 until 2010.

The SSC Ultimate Aero was built from 2006 until 2013 and did not include any electronic driver aids such as anti-lock brakes or traction control.  It was meant as a driver’s car. 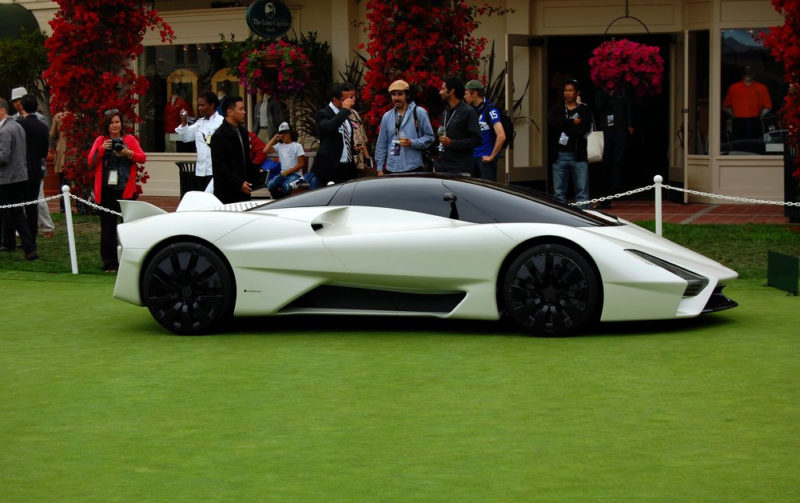 The Tuatara, manufactured by SSC North America, the same company that produced the SSC Ultimate Aero TT and the Tuatara was its replacement.

The SSC Tuatara has an SSC designed billet aluminum twin-turbocharged 6.9 liter V8 producing 1,350 horsepower and 1,280 lb-ft of torque.  The manufacturer claims that the Tuatara can accelerate from 0-60 in 2.3 seconds up to an estimated top speed of 276mph.

The Fisker Karma is the only fully electric vehicle on the list.  It was produced between 2011 and 2012.  Production resumed in 2015 under new ownership.   The Karma has two electric motors producing the equivalent of 204bhp and a whopping 960 lb-ft of torque.  This is good for a top speed of 125 and a 0-60 time of 6.3 seconds. 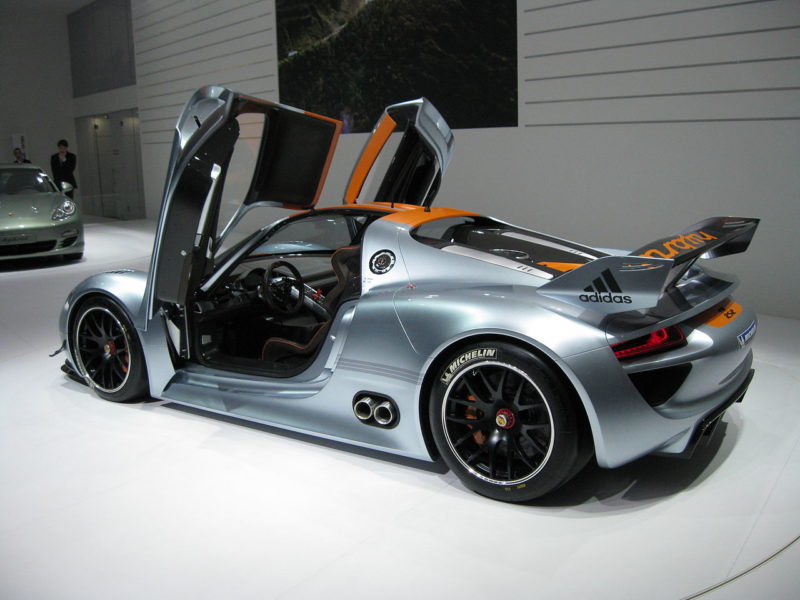 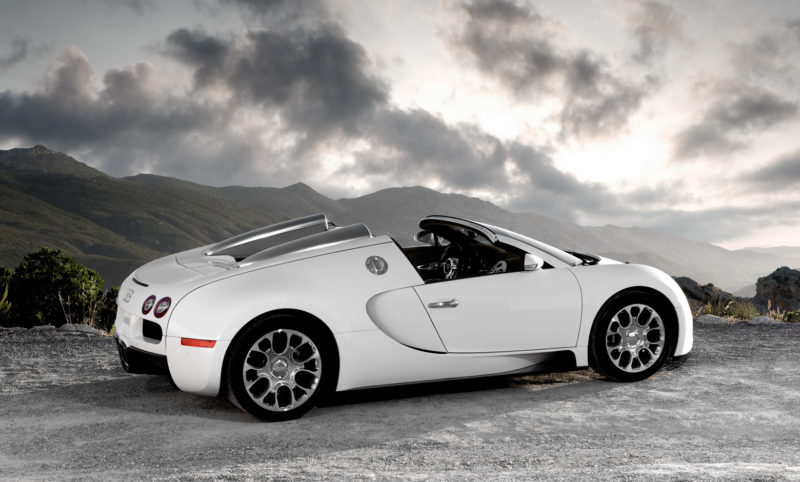 This is the typical run-of-the-mill Bugatti Veyron if there is such a thing.  Engine output is rated at 1,001bhp with 922 lb-ft of torque.  When tested by German inspection officials, it recorded a top speed of 253mph.  This speed was equaled on the Top Gear TV show. 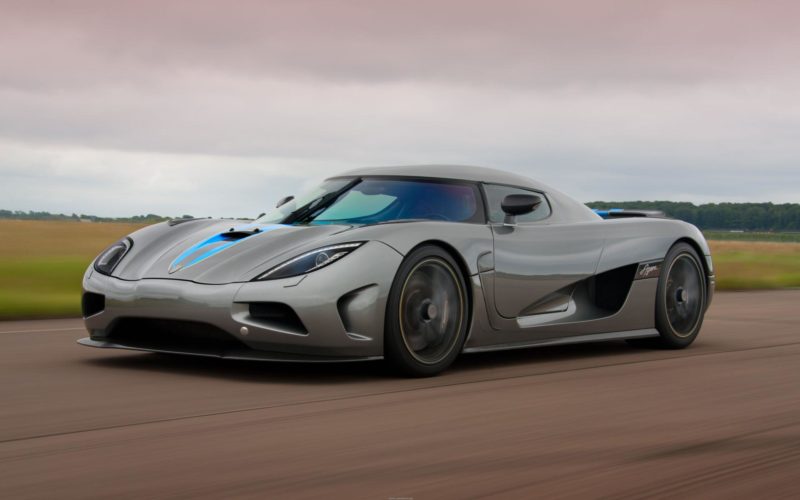 The Agera is a mid-engine sports car produced by Koenigsegg since 2011, a Swedish hypercar manufacturer.  The successor to the CCX/CCXR, the Agera was first fitted with a 4.7 liter twin turbo V8 engine but displacement was subsequently increased to 5.0 liters in production cars. 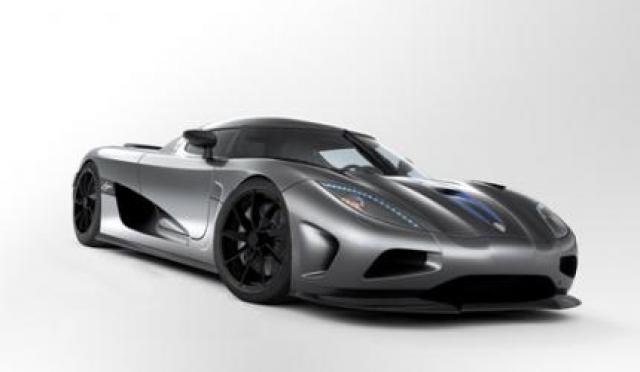 First introduced at the Geneva Motor Show in 2006, the CCX was the first car produced by Koenigsegg.  The CCXR is an environmentally friendly version of the CCX.   The CCX engine was converted to use E85 and E100 methanol fuel as well as standard 98 octane gasoline.

Powered by a 4.7 liter twin-turbocharged V8 engine, power is 1,004 horsepower and 782 pound foot of torque when running on ethanol fuel.  Performance was exhilarating, along the same lines as it’s replacement, the Koenigsegg Agera. 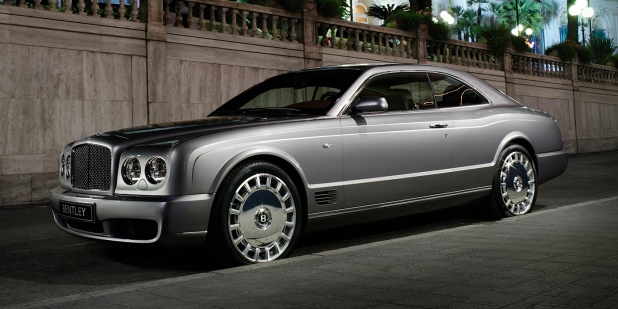 The Bentley Brooklands was introduced in 1992 as a replacement for the Bentley Mulsanne and Eight models.   While the Brooklands was a large car, it was not as large as some of its competitors.

The Brooklands was powered by a 6.75 liter Bentley L Series twin-turbocharged overhead valve (OHV) engine producing 530 horsepower and 774 lb-ft of torque.  This was the highest torque ever developed by a gasoline powered V8 at the time.

Acceleration from 0-60 was 5.0 seconds and accelerated to a top speed of 183 miles per hour.

When talking about the amount of torque a vehicle has, you’ll have heard one person say foot – pounds of torque, and another say pound – feet of torque but do they both mean the same thing? Which one is correct? Well, the correct answer is…lb-ft of torque. The other measurement (ft-lb) is a measure of something else. When we’re talking about a car’s peak torque, torque curve, engine torque, maximum torque et cetera, the correct unit of measurement is pound-feet of torque. Essentially, it signifies that one pound of force is being applied to a one foot long lever. It is the same measurement you’d use with a torque wrench when tightening bolts.

What Does Foot-Pounds (ft-lb) Measure Then? Is It Useful To Us?

It is a useful measurement, and it’s necessary to measure horsepower, which is another hugely important stat for car lovers.  The humble Foot-Pound (ft-lb) is a measurement of work rather than force. Work is defined as the measurement of energy used over a distance. In short, one foot-pound of force describes the amount of energy used to move an object weighing one pound a distance of one foot. We’re not scientists here, but there are other websites out there that really go into this stuff if you’re interested.

How Does Torque Relate To Horsepower?

This isn’t easy math but torque and horsepower are very much related, and horsepower is calculated using a crazy equation using engine rpm and maximum torque. One horsepower is 550 foot-pounds per second (ft-lb, not lb-ft!). That figure needs to be divided by the engine speed in radians per second (0.10472 radians, to be exact), and the result is 5,252. Now to get to horsepower, you multiply your pound-feet of torque by the engine speed in rpm, and divide your answer by the above 5,252, and you’ve got the answer. Confused? Don’t worry. Google is there for a reason.

It’s the twisting force. Torque and power are closely related as you can see from all that confusing nonsense written above. Higher torque can correlate with peak power and help a car accelerate faster. And if anyone asks, it’s measured in Pounds-Feet (lb-ft) not Foot-Pounds (ft-lb)!!!


4 Things We Love About The 2021 MINI JCW GP (And 2 Things We...
15 Of The Most Memorable TV and Movie Cars
Buy This A-Team Van For Your Next Mission
Fox-Body Mustang Hoonicorn: Ken Block Dreams Up The Hoonifox
8 Best 2020 Convertibles
Super Deals: 9 Cars That Depreciate The Most In The 1st Year