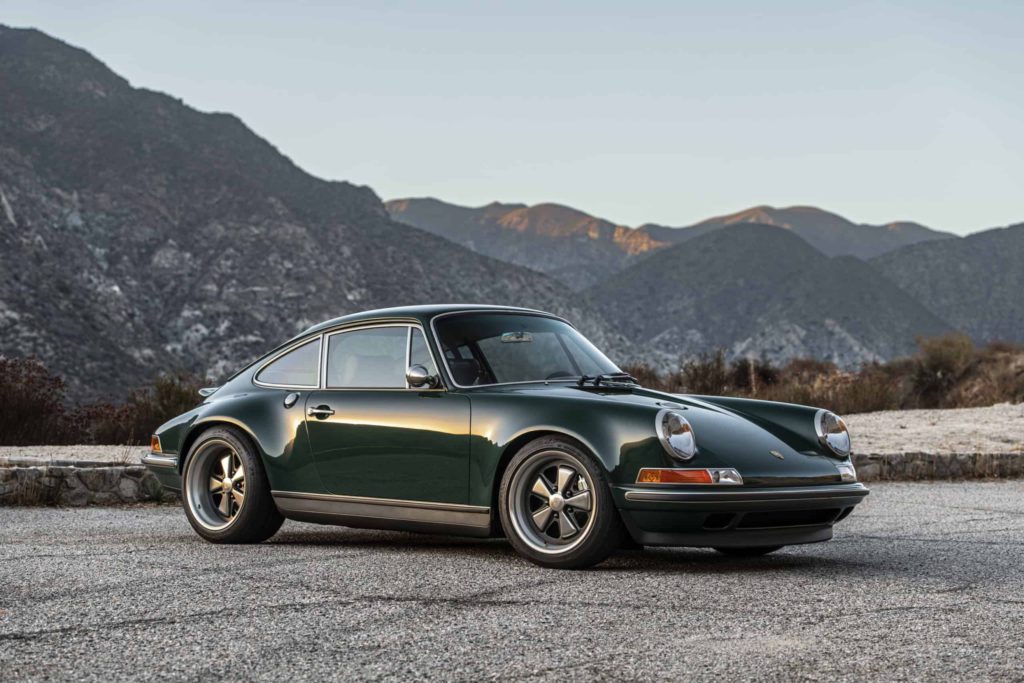 In the summer of 2000, I saw The Catherine Wheel at L.A.’s El Rey Theatre. It would be one of the acclaimed English band’s last-ever shows. I imagined that their extremely talented frontman, Rob Dickinson, would probably have something of a solo career (which he did) and then evolve into a songwriter for other artists.

So I was surprised to learn recently that Dickinson has for the past decade been doing something very, very different. He helms his own very successful automotive design and engineering house, Singer Vehicle Design, in Los Angeles. The company is best known for its reimaginings of the air-cooled Porsche 911. The “Singer” in its name is a nod to both Dickinson’s former career and to celebrated Porsche engineer Norbert Singer, who originally developed the 911. 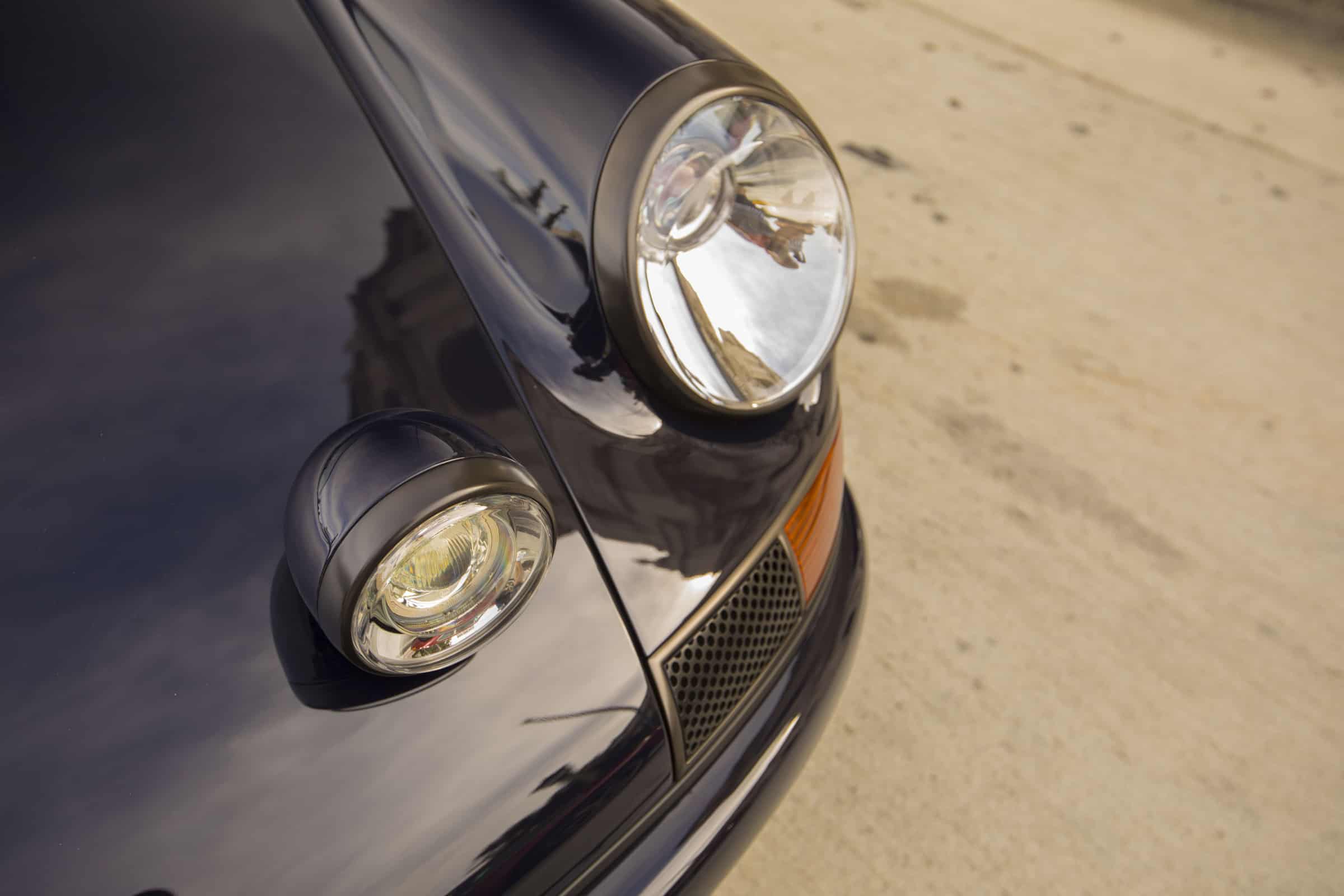 The evolution of Singer Vehicle Design began almost inadvertently after Dickinson moved to California following the demise of his band.

“I bought myself a 1969 911E in Bahama Yellow with the express purpose of hot-rodding it as my personal vision of a Porsche ‘café racer’,” he recalled. “I added a 3.0L SC engine, a center fuel-filler, Talbot mirrors, and all the touches I wanted.”

This head-turning ride was Dickinson’s daily driver, and he’d often have strangers ask to buy it. He wasn’t selling, but it occurred to him that maybe he could provide people with their own dream cars: uncompromising restorations that would sacrifice neither aesthetics nor dynamic performance.

“The road from that idea to the birth of Singer and then showing our first restoration at Monterey [Car Week] in 2009 was a very long one. A decade later, we’ve completed more than 150 commissions on behalf of our clients,” Dickinson explained. “We pursue automotive art. It must be as captivating to look at as it is to drive and there are no shortcuts in that pursuit.” 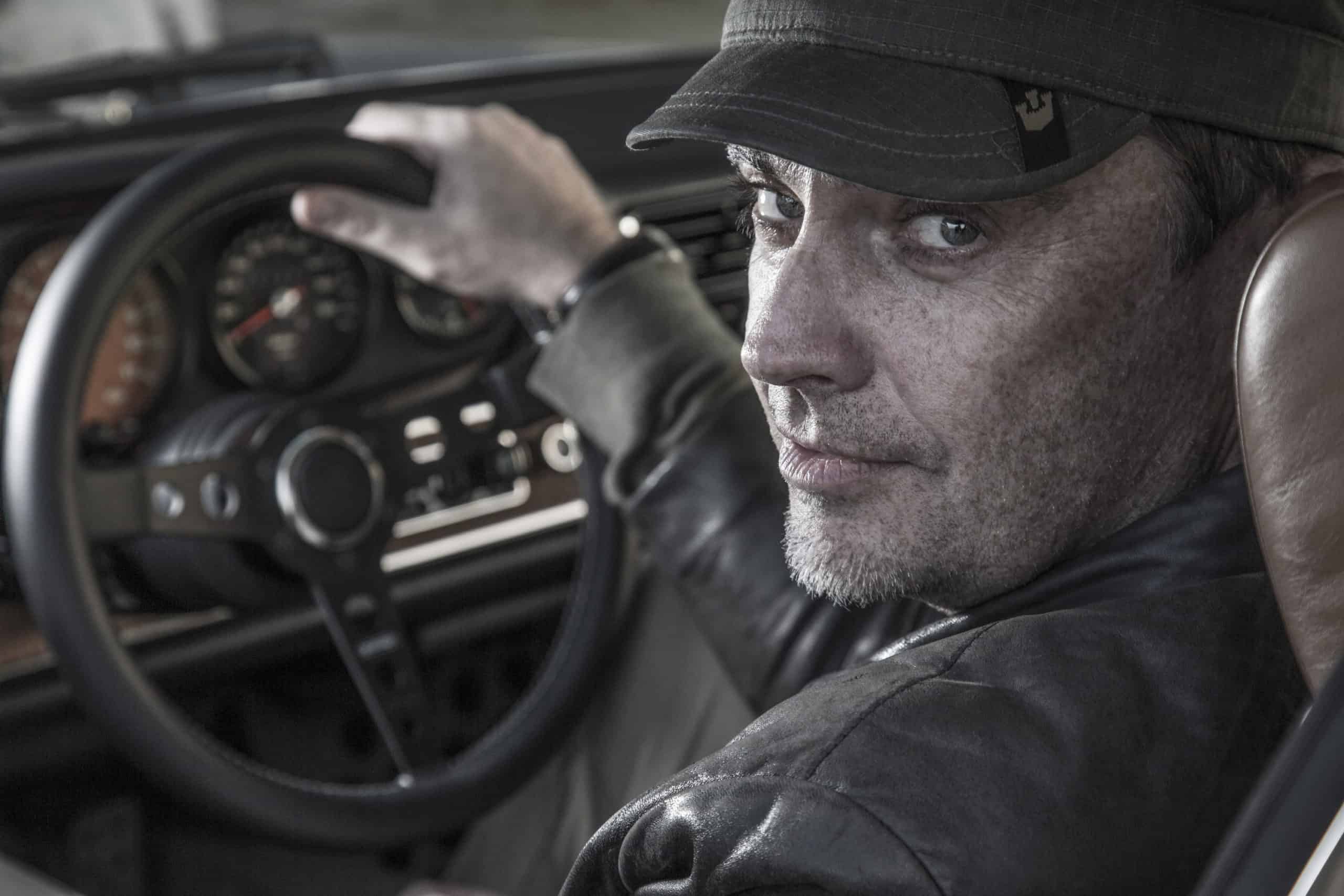 “From the outset, the company had a clear vision,” said Dickinson, who is the cousin of Iron Maiden singer Bruce Dickinson. “On behalf of our clients, to pursue a personal dream for their ultimate air-cooled Porsche 911, restored, reimagined, and reborn at Singer.”

Singer began with just a handful of guys in the corner of a workshop near L.A. At some point during those early days, Dickinson scrawled “Everything is Important” on the wall of that workspace. It was meant just as a reminder, but the phrase has come to represent the company’s philosophy.

“Every car we reimagine is a collaboration with our client. If they wish to be able to connect their music library, we can enable that and discretely add amplifiers and speaker upgrades to their car,” said Dickinson. “Conversely if they are pursuing something more visceral, we might remove the stereo completely, along with the air-conditioning if required. Every car is unique.”

While there are certainly signature Singer mods, what sets the company apart is its fastidious attention to detail. This trickles down from what Dickinson described as his “own bit of OCD.” Even though Singer today employs over 120 people in California, the UK, and in its watch-making operations in Switzerland, Dickinson remains very hands-on. He immerses himself in the design on a daily basis and keeps tabs on every Singer commission through after-hours shop walk-throughs and photos from team members. 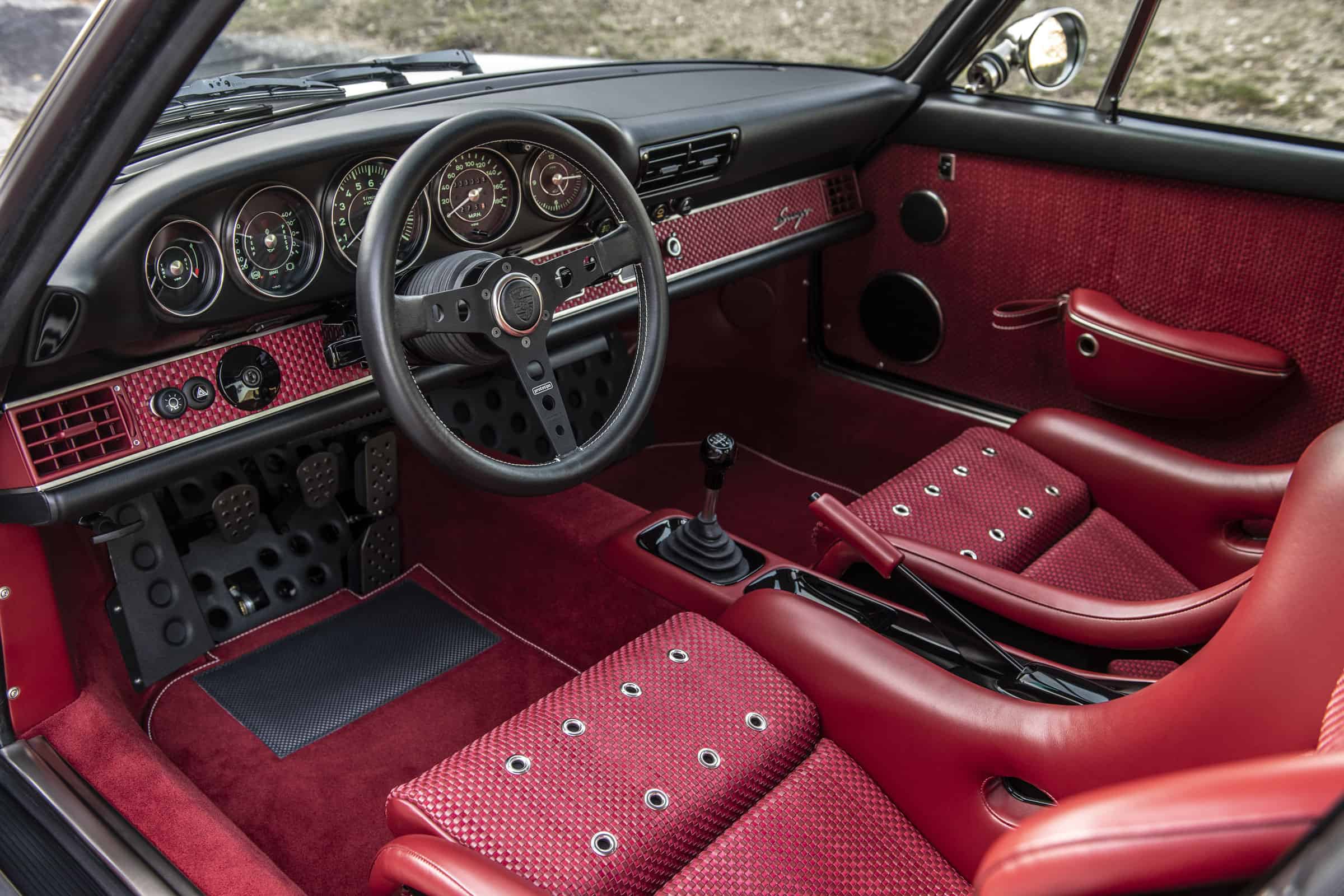 “The first differentiator [of a Singer restoration] would be the body style: the elongated hood, rear quarter panel hips, fender flairs, [and] rear grill are just a few of the tell-tale signs,” offered Dickinson, who is Executive Chairman of Singer Vehicle Design. “Upon closer inspection are the headlights – designed by Singer and have been touched and retouched. In fact, on the front is a driving light as opposed to a little vent in a [Porsche] 964.”

The Singer philosophy continues inside the cars. The singular dashboard has the glove box removed to become seamless. The leatherwork includes tastefully exotic colors and intricate weave patterns which have also become synonymous with Singer customization.

Today, Singer’s team comprises craftsmen in fabrication, bodywork, painting, fine-works, and final assembly, as well as experts in engineering, procurement, sales, marketing, client relations, and design. The company headquarters are located in the sprawling and diverse Sun Valley neighborhood of Los Angeles, which is home to a plethora of automotive businesses.

Singer also has facilities for its ‘Dynamics and Lightweighting Study’ – which Dickinson described as “Singer’s own pursuit of the most advanced air-cooled 911 in the world, developed on behalf of its clients” – in the UK. Since 2017, the company has also been making super high-end Singer Reimagined watches, which start at around $45,000, in Geneva. 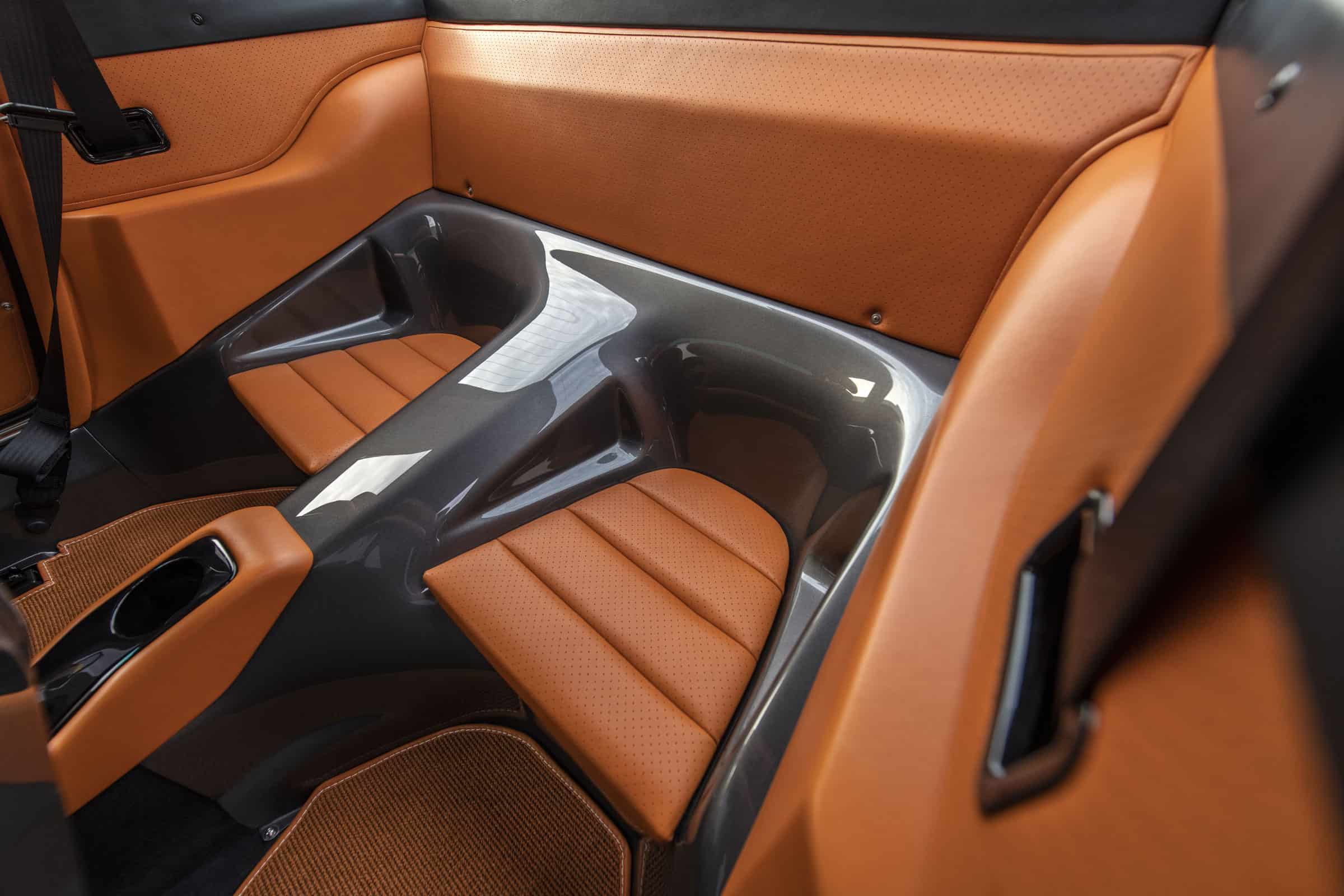 Singer clients provide their own “donor” Porsche 964. The company does not design, manufacture, remanufacture, create or sell cars, but rather performs restoration, tuning, modification, and customization services. But these are seriously involved and meticulous.

“Restorations on our classic models typically take anywhere from 4,000 – 4,500 craftsmen hours, dependent on whether the car is a coupe or a Targa and if there are additional engineering considerations through ‘special wishes’,” Dickinson explained.

Singer has a dedicated “Special Wishes” department devoted to interpreting its clients’ dreams into realities and ensuring the uniqueness of each individual commission through bespoke engineering and design. 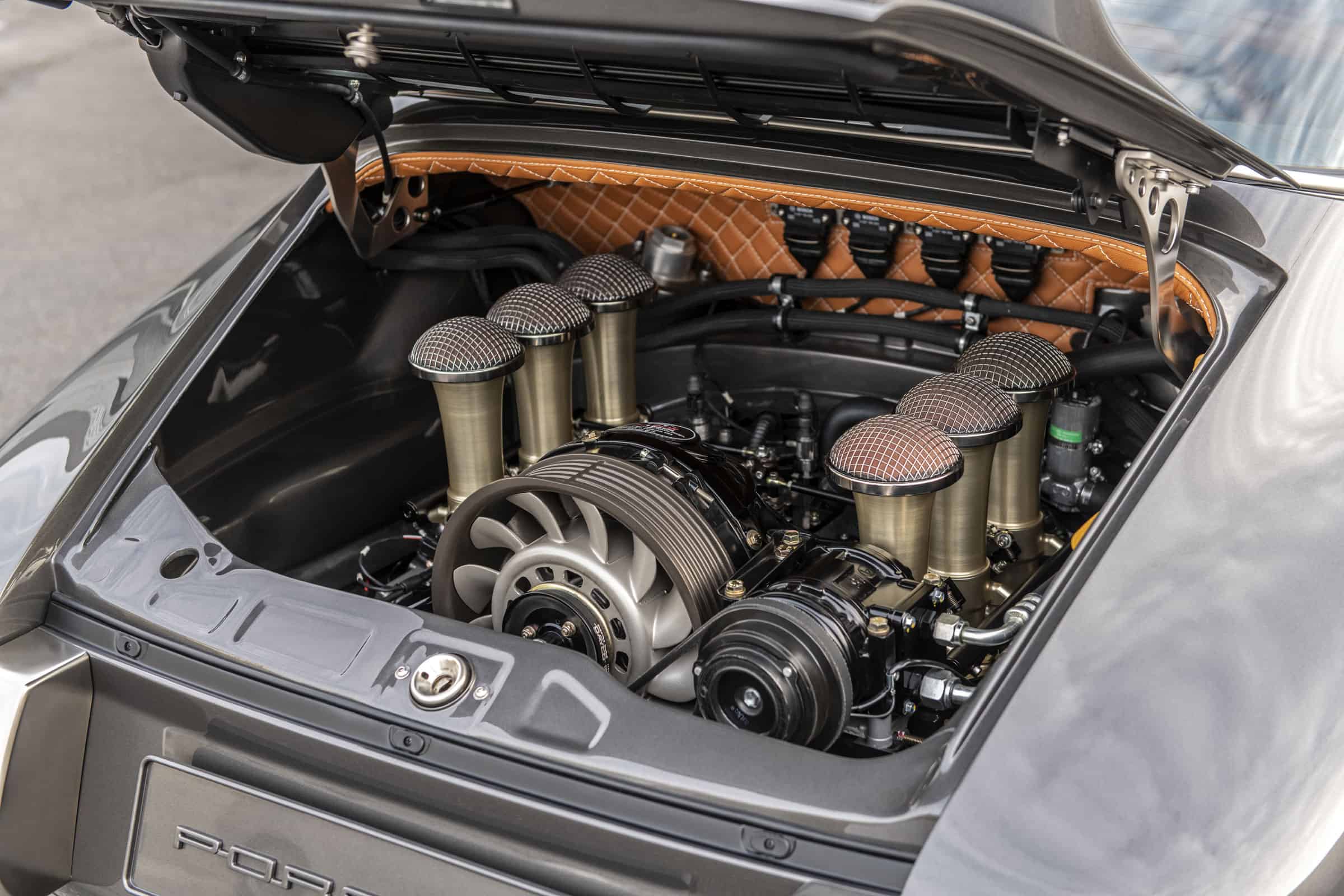 Singer Vehicle Design also creates its own take on open-top Porsche 911 Targas. And, in collaboration with Williams Advanced Engineering, has developed a 500-horsepower engine through its Dynamics and Lightweighting Study.

“On the outside, we’re a design and engineering house,” said Dickinson. “But on the inside, we offer our clients an opportunity to pursue a personal vision for their ultimate air-cooled 911 – one that breathes new life into a tired 911 and provides a thrilling second act.”

Predictably, all of this doesn’t come cheap. Singer’s restoration services currently begin at $495,000 for a coupe and $550,000 for a Targa. Singer’s client list is, of course, confidential, but Dickinson broadly describes them as “successful captains of industry” all over the world.

“But, most important, they are individuals that simply love to drive their cars and each commission we restore becomes an extension of who they are, and the lifestyle they lead,” he said.

The Future of Singer Vehicle Designs

“Our service and support have been a priority since the beginning, and now our global interactions are ever-increasing,” said Dickinson of Singer’s current status.

Singer has created a program called “Encore” through which, when one of its restorations changes hands, the car’s new owner can seamlessly be re-certified through Singer and join what Dickinson dubs “the Singer family.”

After more than a decade of snowballing success, Dickinson says that he and his company’s philosophy – “a relentless pursuit of excellence that lies within our chosen subject matter” – remains unchanged.

“We’re fascinated by the process of making something as good as it can be and driven by the concept of presenting definitive visions of iconic mechanical art,” he concluded. “Our goals for the future are to continue with that philosophy and to remain challenged through the collaboration we hold dear with our clients.” 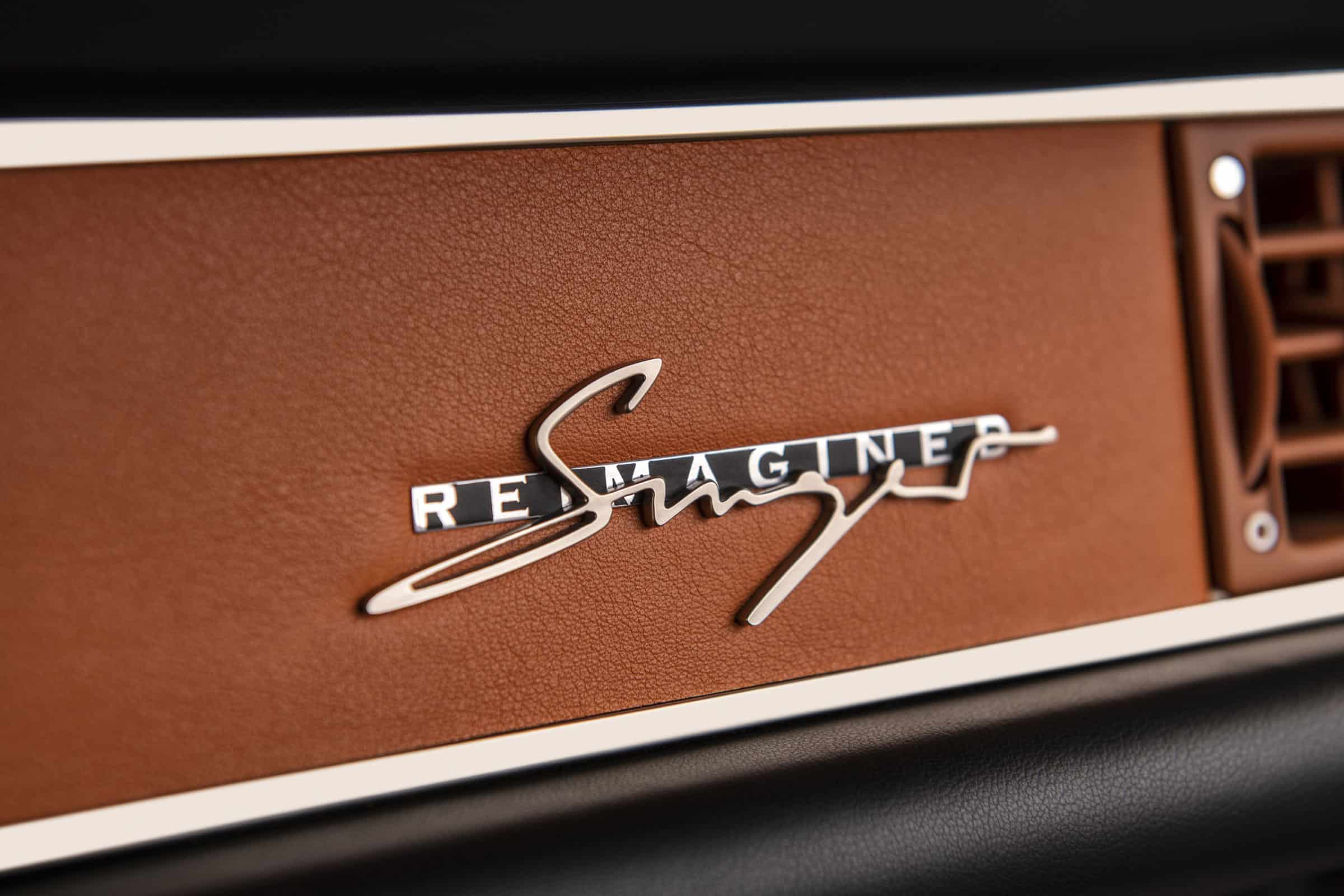 If you want to dive even further into these divine creations be sure to check out Singer Vehicle Design’s website.