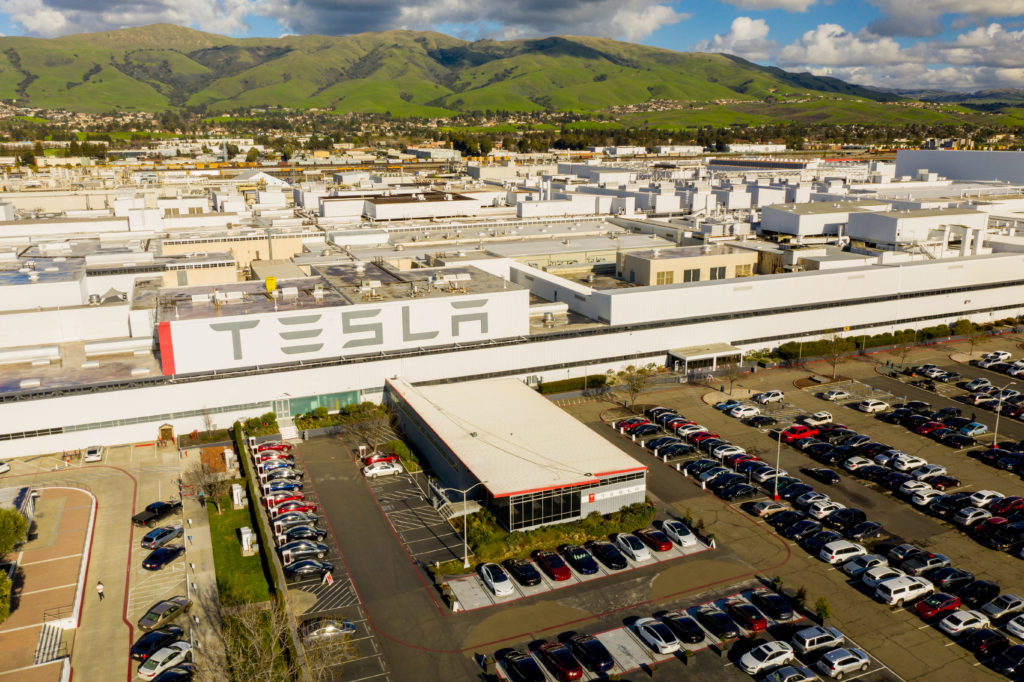 A single, massive California car plant has been a barometer of the U.S. auto industry since the early 1960s. The former General Motors and Toyota facility, now the Tesla Fremont Factory, has been both a symptom and cause of the changing fortunes of American automaking.

On the 60th anniversary of breaking ground on this pillar of U.S. vehicle manufacturing, we looked at how and why this Bay Area mega plant has been so emblematic of the entire automotive manufacturing industry.

But Fremont Assembly was a turbulent place. GM was departmentalized between design and manufacturing, with scant communication between the two. Plant supervisors put quantity before quality and developed an antagonistic relationship with workers. By the early 1980s, some Fremont employees were drunk or stoned on the job, while absenteeism was rampant.

“It was considered the worst workforce in the automobile industry in the United States,” recalled Bruce Lee, who ran United Auto Workers’ western region at the time, speaking on This American Life in 2015. “They spent more time on grievances … than they did on producing cars.”

As with most American car plants of the era, production lines seldom stopped and, even when mistakes were knowingly made, cars continued down the line with the hope that the issues would be addressed later. And some of the “mistakes” were in fact intentional, such as the placing loose bolts or even soda bottles inside door panels, to guarantee overtime fixing them – or simply to annoy end customers.

“One of the expressions was, you can buy anything you want in the GM plant in Fremont,” said Jeffrey Liker, author of “The Toyota Way,” on that same episode of This American Life. “If you want sex, if you want drugs, if you want alcohol, it’s there … Any illegal activity was available.”

Fremont Assembly both contributed to and was an expression of the so-called “Malaise Era” of U.S. automaking (1973-1983) when American cars suffered from famously poor performance. Domestic automakers were reeling from the 1973 oil crisis, which proved disastrous for traditional U.S. “gas-guzzlers,” while also dealing with new government-mandated emissions standards and safety technologies. Some of these mandates, such as weight-increasing 5 mph bumpers, increased fuel usage, while others required automakers to simultaneously produce vehicles with decreased gas consumption.

In their initial floundering attempts to meet the demand for smaller, more efficient vehicles like those starting to flood in from Japan, factories like Fremont Assembly churned out some of American automaking’s most uninspired models, including the Buick Century (1973-1977) and Regal (1973-1981), GMC Caballero (1978-1981), and Chevrolet Celebrity (1982).

Unsurprisingly, General Motors closed Fremont Assembly in 1982. But the plant survived after Toyota came on board in a joint venture with GM to refurbish and radically reform it as New United Motor Manufacturing, Inc. (NUMMI) in 1984.

For GM, NUMMI was a crucial opportunity to gain access to quality small cars and to absorb the vaunted and super-lean Toyota Production System and Toyota Way manufacturing and management philosophies. For Toyota, NUMMI was its first manufacturing foothold in North America and enabled it to avoid tariffs on imported vehicles. Ironically, considering the notoriously dysfunctional labor relations at Fremont Assembly, Toyota also thought that GM could help it navigate a unionized American workforce.

Toyota’s reforms were as much about people and practices as about technology and techniques. Eighty-five percent of NUMMI’s initial workforce were former Fremont Assembly workers. But Toyota insisted on wide-ranging changes, including abandoning the plant’s traditional seniority rules. They flew in 30 senior staff from Japan, including one of the company’s founding families.

Toyota sent many workers to its Takaoka “mother plant” in Japan to learn its Production System. They made cultural changes, including instituting the same uniform, parking, and cafeterias for all levels of employment. In contrast with Fremont Assembly’s departmentalization, consensus decision-making was introduced all the way to the management level.

Even former Fremont Assembly employees who initially resented these reforms eventually came to embrace this teamwork and emphasis on quality. NUMMI was soon producing vehicles at the same speed as the Japanese factories, and its Toyota Corollas were of equal quality to those produced in Japan.

“Toyota transformed the workers by showing them respect and teaching them how it was vital, for example, to stop the assembly line if they saw a problem,” wrote David Kiley in “Popular Mechanics” in 2010. “The workers understood, and they responded.”

It wasn’t all roses at NUMMI. GM wasn’t motivated to promote cars that were essentially re-badged Toyotas, such as the new Chevy Nova and the Pontiac Vibe, and therefore made little profit. And within two years of NUMMI’s opening, Toyota had its own plant in Kentucky. Although it hit an annual peak of more than 428,000 cars built in 2006, there were times when NUMMI operated at below 60% capacity.

In 2009, GM filed for bankruptcy protection. It pulled out of NUMMI that summer, and Toyota swiftly followed suit.

In all, nearly eight million cars and trucks were produced at NUMMI, including the Geo/Chevrolet Prizm (a re-badged Toyota Sprinter), five generations of the Toyota Corolla, and the Toyota Tacoma (1995-2010).

Yet NUMMI’s influence lingers. GM’s Global Manufacturing System, first introduced in 1996, was essentially a copy of the Toyota Production System. And the lessons learned from Toyota, initially at NUMMI, are still evident across today’s much leaner U.S. auto industry.

After talk of the former NUMMI site becoming a new stadium for the MLB’s Oakland Athletics, it in fact remained at the cutting-edge of volume automaking as Tesla’s Fremont Factory. Initially, including a partnership between Tesla and Toyota on the development of electric vehicles (which ended in 2017), this once again found the facility embodying broader trends in U.S. automaking. The Tesla Fremont Factory ushered in both electric vehicles and Tesla itself as mainstream American phenomena.

At first, the NUMMI site was 10 times bigger than Tesla even needed. But that didn’t last long. Starting with 1,000 employees, by 2013 this number had tripled. By the following year, half of the factory area was in use, and by 2018 some 10,000 people were working at the Tesla Fremont Factory (way more than ever worked at NUMMI or Fremont Assembly). Tesla even acquired an adjacent 35 acres for its test track.

The Tesla Fremont Factory initially included some manufacturing equipment from NUMMI, although much of the plant was modified to support Tesla vehicle production. With its walls, floors and ceiling all painted white, and skylights and high-efficiency lighting installed, it took on the aura of a laboratory, contrasting sharply with the dirtier and noisier NUMMI.

The first retail delivery of a Tesla Model S happened at the Fremont Factory in June of 2012, and today the plant also manufactures the Model 3, Model X, and Model Y. Its annual capacity is now a staggering 500,000 vehicles.

After a spat with local health officials over keeping the Fremont Factory open at the beginning of the COVID-19 pandemic, outspoken Tesla owner Elon Musk threatened to abandon California entirely and move his stateside automaking operation to Texas.

However, this now seems largely bluster. For while there’s certainly a new Tesla plant being built near Austin, there are also signs of further investment in the Fremont site. Earlier this year, the company filed for permits to turn a tented assembly line into a permanent, 64,000-square-foot structure.

Whatever the future holds for the Tesla Fremont Factory, it has already played a major role in the evolution of American automaking over the past six decades. From the fraught chaos of Fremont Assembly to the much-reformed NUMMI, and the self-consciously sleek Tesla Fremont Factory, the plant has put millions of cars onto American roads. In fact, you’ve probably seen one today.


Demolition Derby Cars: An Introductory Guide
17 Cool Classic Cars
20 Cheap Muscle Cars: These Classics Won't Be Affordable For...
Strange but true: Two of the Hottest Muscle Cars Were Statio...
Ford Crown Victoria; One of a Kind Two-Door Convertible
New Dodge Hellcat vs. Shelby GT350, Just Who Wins and by How...