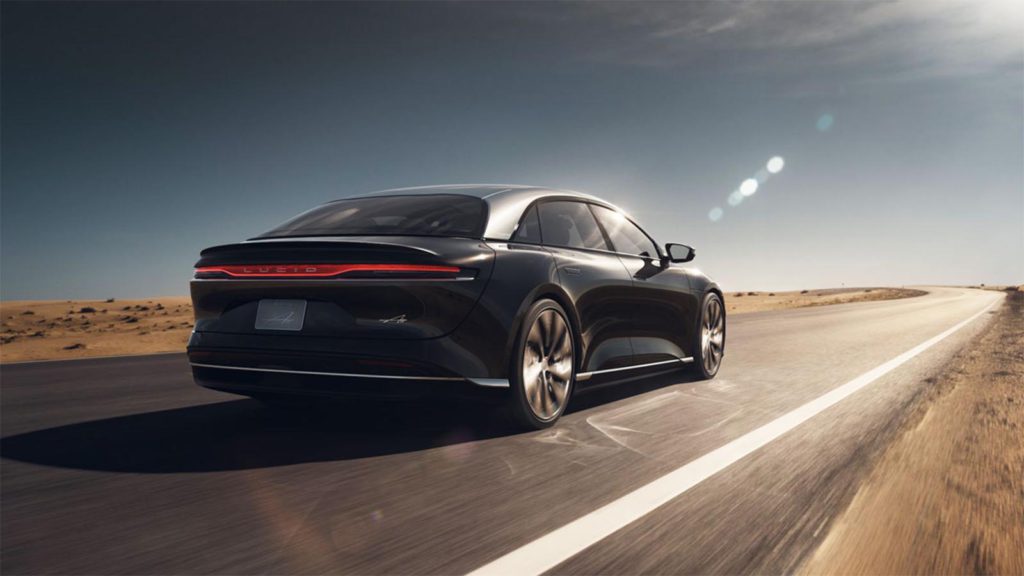 Lucid will become the first automaker to deliver a battery-electric vehicle with a range of more than 500 miles. The EPA confirmed this today, with the Dream Range edition of the new Lucid Air sedan rated to get as much as 520 miles between charges, while the Lucid Air Grand Touring package will deliver up to 516 miles per charge.

Both models top by at least 20% what the longest-range Tesla model manages, the California automaker’s Model S Long Range sedan is currently rated at a maximum of 412 miles. But the EPA figures are just an estimate of what customers can expect. Cold weather and aggressive driving behavior can sharply reduce range. And, the Lucid Air’s numbers are impacted, among other things, by the size of tires a customer orders.

“This raises the bar,” said Sam Abuelsamid, principal auto analyst with Guidehouse Insight. “Everyone will be chasing after this.” 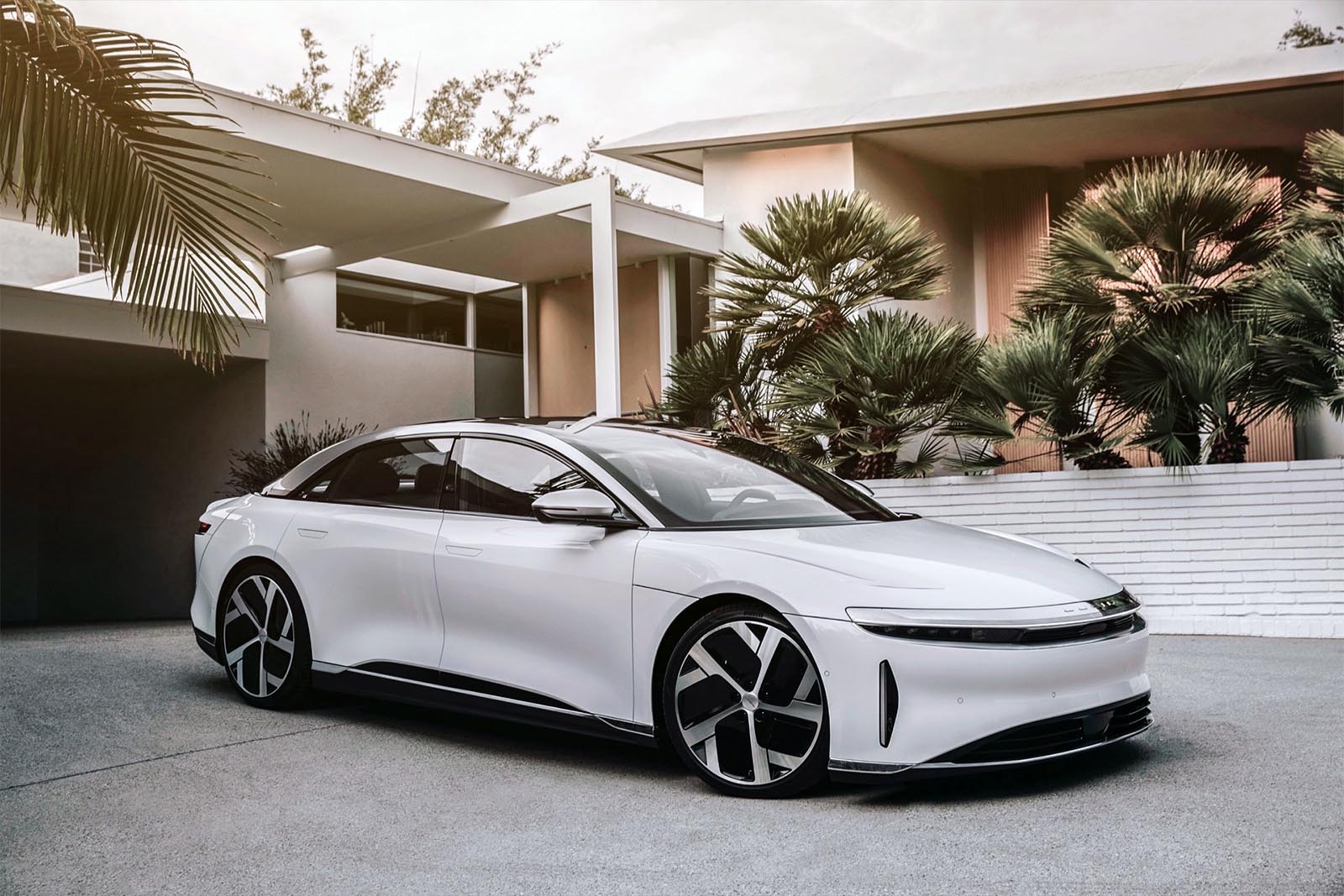 Lucid CEO Peter Rawlinson has long signaled a goal of topping 500 miles and, in a series of interviews over the last two years has outlined the steps the company has taken to get there. His focus, he said, is on delivering “smart range” that maximizes what the Air sedan can achieve with the 118 kilowatt-hours of energy in its lithium-ion battery pack.

That starts with a wind-slick body design that boasts among the lowest levels of drag of any automobile the EPA has tested. Then there’s the Air’s driveline. As the chief engineer on the Tesla Model S program before joining Lucid, Rawlinson knew what his toughest competitor was using. He targeted several key steps to eke out even more range, starting with the latest in power electronics. Lucid uses silicon carbide MOSFETS, rather than the conventional silicon-based power convertors in most of today’s battery-electric vehicles. Lucid’s system also operates at over 900 volts, while most others run at just 400.

Lucid also has developed its own motors, which are more compact and lightweight than what most competitors are using – and, claims Rawlinson, more efficient.

“I’m delighted that our Lucid Air Dream Edition Range has been officially accredited with a range of 520 miles by the EPA, a number I believe to be a new record for any EV,” said Rawlinson in a statement marking the release of official range numbers. “Crucially, this landmark has been achieved by Lucid’s world-leading in-house EV technology, not by simply installing an oversize battery pack.”

According to the EPA, the new Lucid Air Dream Range edition will deliver the maximum numbers, at 520 miles per charge. That dips to 481 when switching from 19 to 21-inch tires. The Dream Performance edition gets between 451 and 471 miles range, depending upon tires. But it bumps up to 1,111 hp from the Range model’s 933 hp. The two packages will be the first to come to market at prices running around $160,000.

Subsequent models will start at around $77,000. They will be offered with a variety of different battery pack sizes and powertrain configurations. The Air Grand Touring will make a relatively modest 800 hp, about 20% more than the Tesla Model S Long Range. It will share the same, 118 kWh pack as the Dream models and get 469 or 516 miles per charge, depending upon the tires a buyer chooses.

Raw range can be a misleading number as an automakers can simply squeeze in a larger battery pack to boost its numbers. What’s more significant about Lucid’s EPA rating is how much it squeezes out of what clearly is a large pack. As with most EVs, the automaker has left a little padding. Lithium-ion batteries don’t like to be fully drained or over-charged. So, at most, a driver will access about 113 kWh with another 5 kWh left untouched. So, if you do the math, the Air Range model gets about 4.6 miles per kilowatt-hour. By comparison, the Tesla Model S Long Range manages just over 4.0 miles per kWh. That’s still impressive, however, as most competitors are in the low to mid 3 mile range. 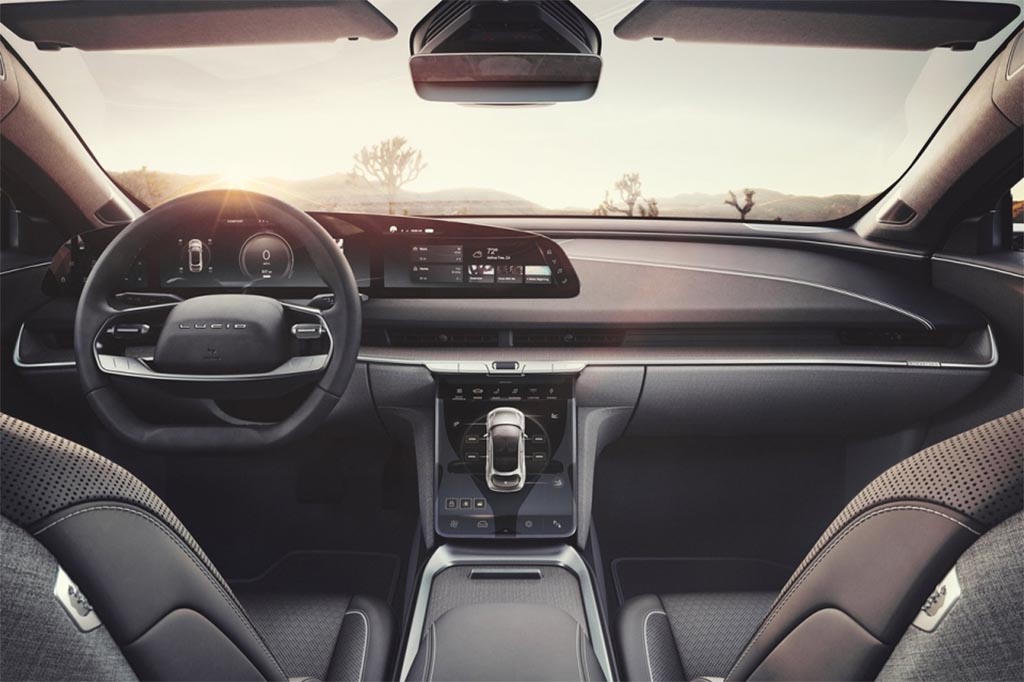 Lucid’s results are impressive, said an official from one competitor, asking not to be identified by name or company. It has struggled to get much past 250 miles with its own products – but hopes to get a double-digit jump with a new line of BEVs that will start rolling out next year.

But it’s likely to take time before Lucid faces a real challenge to its range record, according to industry experts. And some manufacturers may prefer to go with lower numbers, improving efficiency but also cutting back on the size of their battery packs in order to hold down vehicle costs. 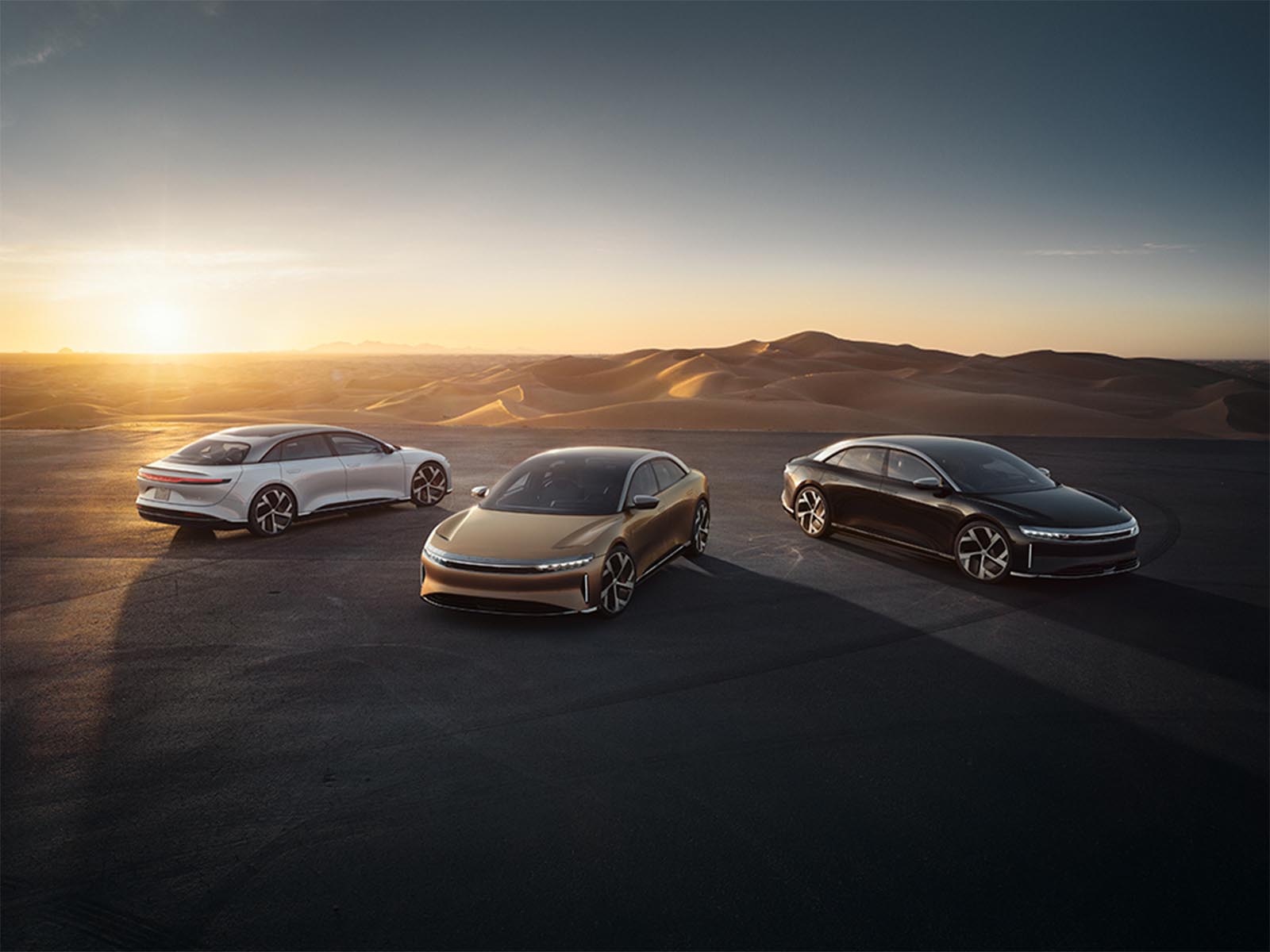 For his part, analyst Abuelsamid cautioned that Lucid’s EPA rating might not be what owners will see day-to-day. Much as racing teams take steps to boost performance when qualifying, automakers can take steps to maximize range while testing. Tesla, for example, uses essentially all of the energy in its pack. But it normally dials back in real-world use. Lithium batteries don’t like to be fully charged and then completely drained, something that can negatively impact battery life. Abuelsamid expects Lucid to follow the same approach.

And BEVs, in general, are subject to a variety of factors that can further cut range.

“If you actually use all that horsepower, you’re not going to get near that range,” said Abuelsamid, noting that EPA testing is done with relatively modest acceleration.

One of the most significant factors is the weather. Vehicles with internal combustion engines normally heat their cabins using waste engine heat. BEVs must generate warmth by using up some of their battery power. Studies by both AAA and Consumer Reports estimate an average loss of about 40% of range at a temperature of 20 degrees Fahrenheit – though owners can reduce losses by preheating the cabin while still connected to a charger.

Whatever might cut into the range of the various Lucid Air versions, however, it is clear the sedan is the current BEV range king, with a significant lead over all its competitors. 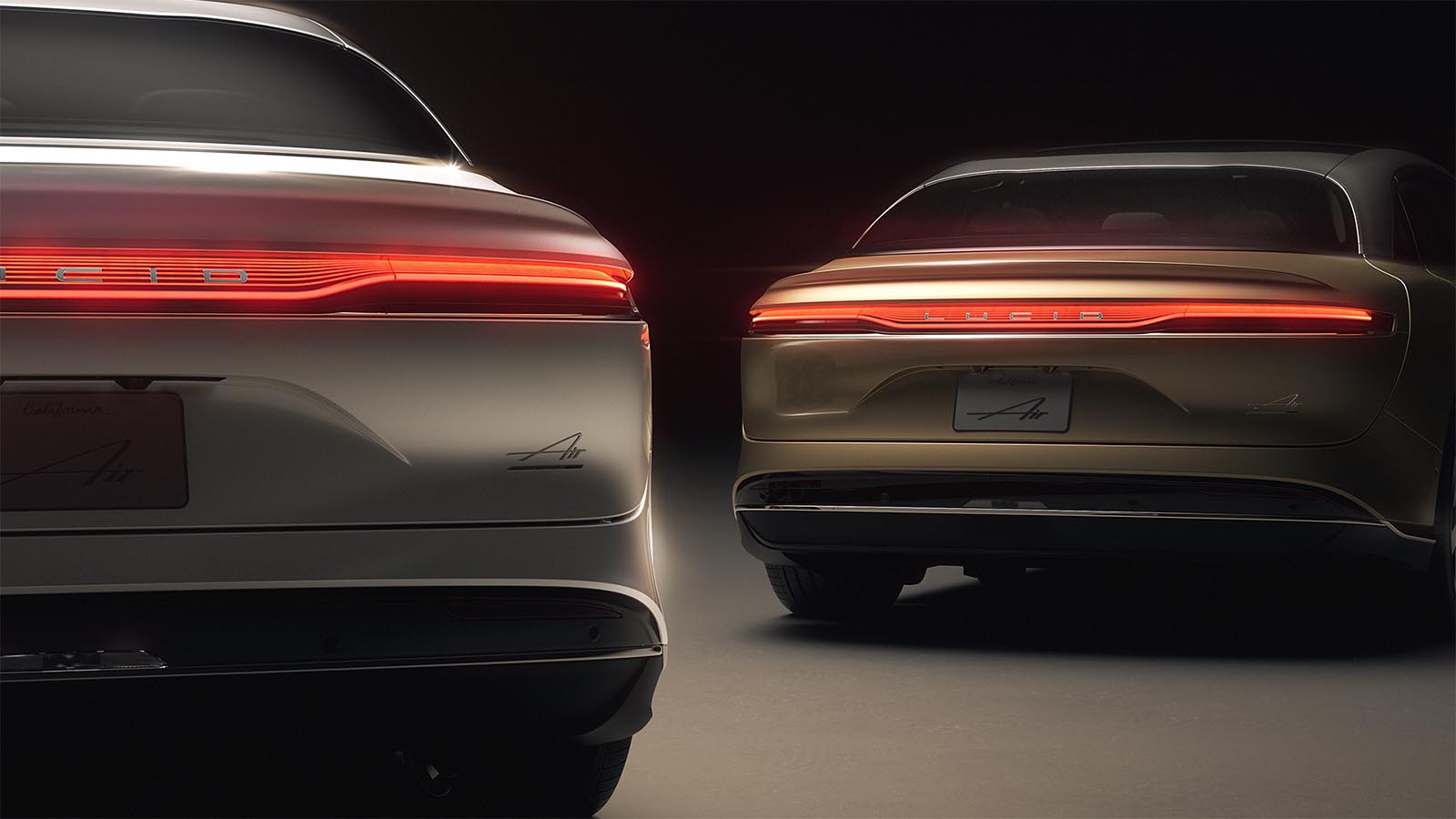