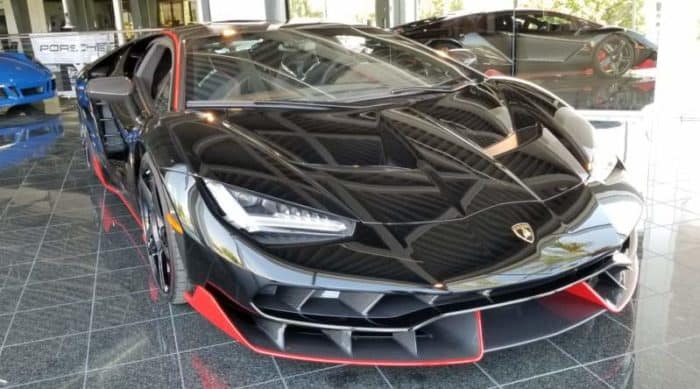 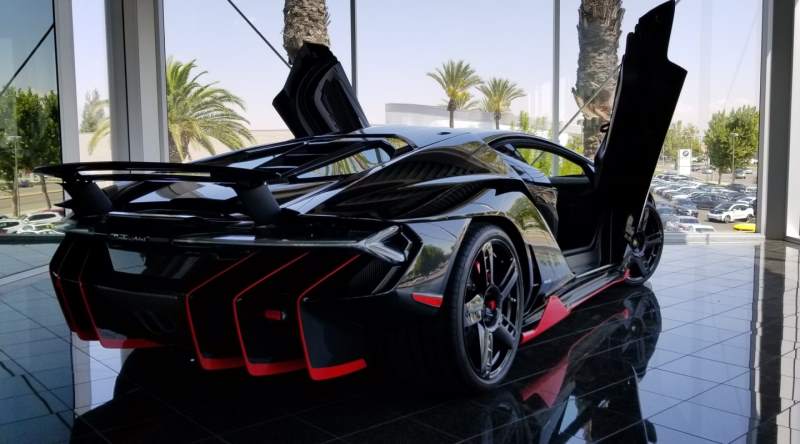 If you, like me, can’t wrap your head around such a massive number, then try this on for size:

For that much money, you could buy a fleet of 2018 BMW M3s that is 50+ cars strong. Alternatively, you could buy seventeen Lamborghini Huracans. If that’s not nuts, I don’t know what is.

This Centenario for Sale is Basically Brand-Spanking New

The car appeared for sale at Porsche Fresno. It is, of course, fully optioned-out and painted in a glistening shade of gloss black. Black, of course, is not that ostentatious, and Centenario has to be just that. Carbon fiber additions and red accents seal the deal. Despite how hard this car tries to be stealthy, there’s no way it will go unnoticed. 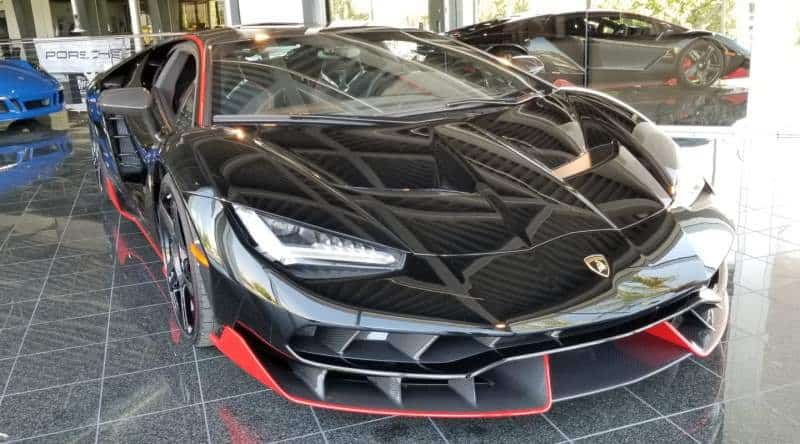 Let’s get real for a second, though. If you bought this car, would you really want to drive it?

Of course not! Its current owner didn’t either and because of that, this Centenario for sale has only 47 miles on the clock. That’s basically factory mileage. Interestingly enough, many incredible machines appeared for sale this year. Just the other day I wrote about that exceptional McLaren F1 for sale with only 149 miles on the clock. Then, there was that incredible Pontiac, and now this! It may be that the used car market for exotics reached a peak and everyone wants to cash in.

The Centenario is definitely the Lamborghini to have. Apart from 20 coupe units, Lambo produced 20 Roadsters. In total, only 40 cars will ever be built. Imagine what they’ll be worth in 20 years’ time. 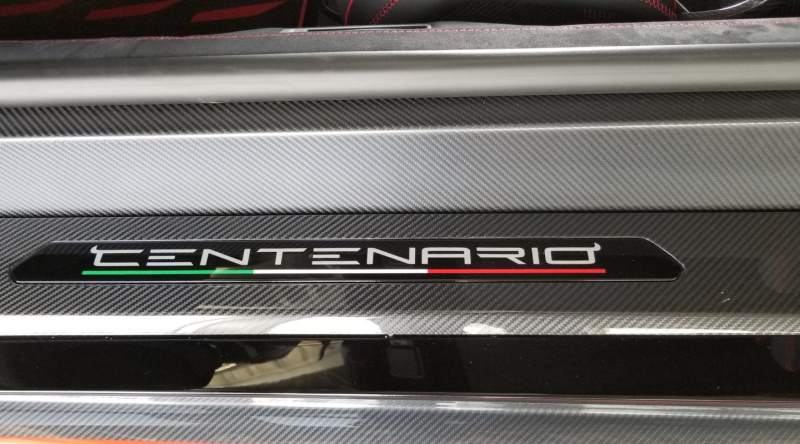 Although extremely exclusive and bizarre looking, the Centenario is actually based on the Aventador SV. It utilizes the Aventador SV’s engine – a V12 760 hp monster – its suspension, and its transmission. It does 0-62 mph in 2.8 seconds and enjoys a top speed in excess of 217 mph.

Collectors, please form an orderly line for initiation into the bidding war for this one-of-a-kind Lamborghini Centenario for sale. 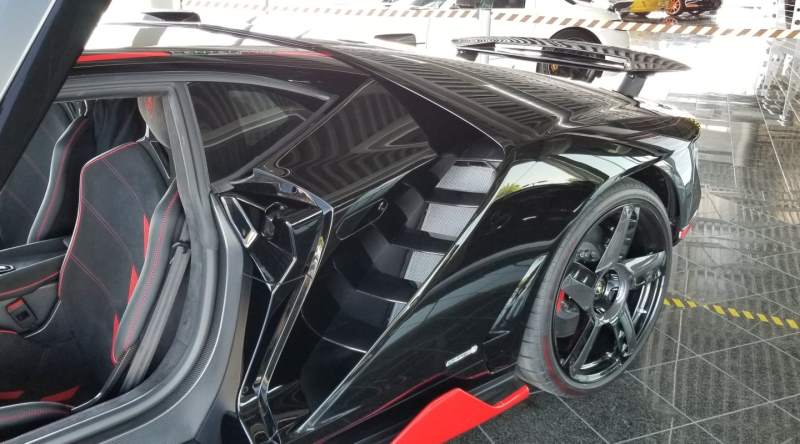 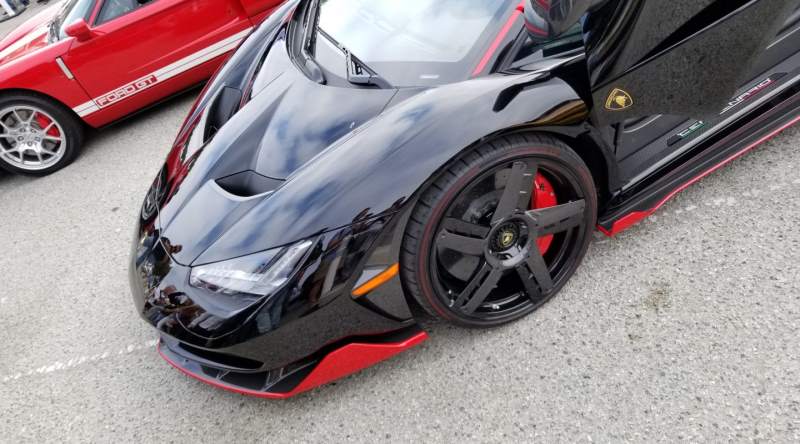