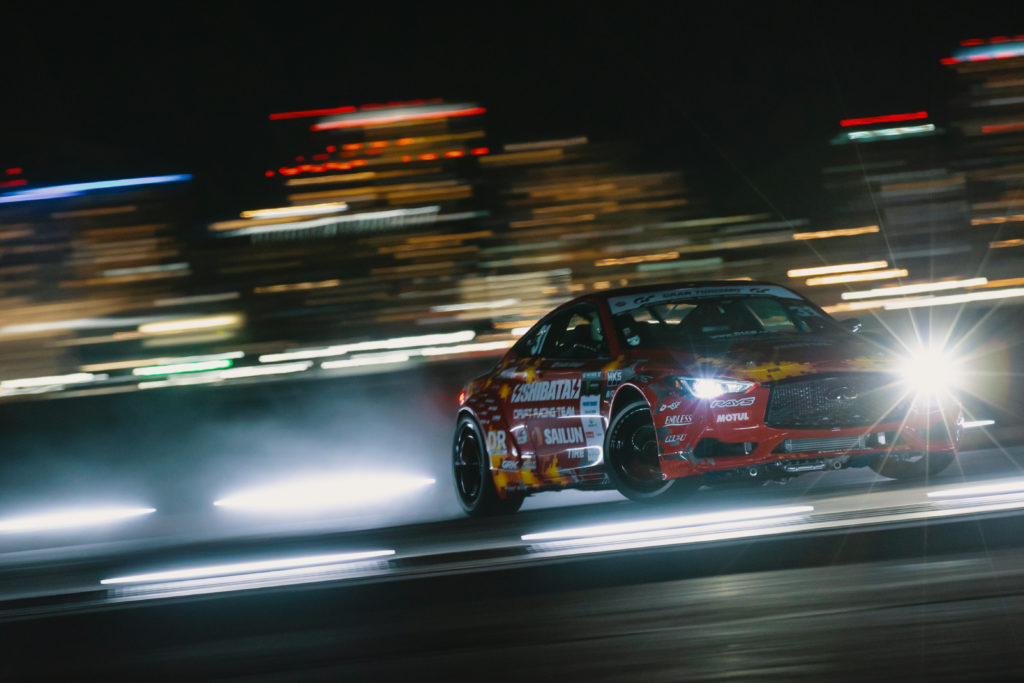 Infinity honors its biggest fan by showcasing his custom drift car in the new film ‘Drifting at The Docks.’

Imagine you have a dream car build, a vision you could say. You are rooted in Japanese car culture and the chassis you want to pursue your dream with isn’t available in your home country. What can you do? You do what Tatsuhiro Shibata did and import an Infiniti Q60 over from America and make your dream a reality regardless of what obstacles are in your way.

Shibata is known for his garage, R31 House, giving Nissan Skyline R31s a new life, but for the last 10 years, he has been importing Infiniti vehicles into Japan for personal use. His Infiniti Q60 drift car is the shining star of his collection, an expression of his love for the Infiniti brand, and of course a race car.

“In my eyes, the Q60 was the best looking of [the Infiniti lineup], but they didn’t sell any in Japan. So we had to go to the U.S. to find one,” says Shibata. “It’s simple; I just wanted a good-looking racing car.”

The car obviously started life as a stock Infiniti Q60, but if it wasn’t for performance it was kicked to the curb. Its stock Nissan VR engine was booted and replaced with a HKS 4.1 liter VR38DETT (aka the Nissan GT-R engine) which features a HKS GT1000 turbo kit helping to pump the power output to 1,000 hp. That engine turbo combination is controlled by a LINK engine management system that helps control the big power, but with the right tune it can apparently pump out up to 1,300 hp. Speaking of control, the transmission is an ALBINS ST6-LP 6-speed sequential transmission.

Power is great, but you need to stop too, which is why ENDLESS brake kits are fitted at both ends of the car. The front gets extra spicy with a 6-piston-caliper. That brake situation hides inside some RAYS GL-57CR wheels wrapped in SAILUN Gene R tires which like to turn into white smoke with ease.

Weight reduction is the philosophy of any race car including drift cars. It might still resemble the stock Q60, but the bumpers, fenders, overfenders, side skirts, doors, roof, hood, and trunk were all replaced with carbon fiber pieces.

Shibata is the owner of Shibata Drift Racing Team and the mastermind of the build. “I was born into a racing family,” says Shibata . “As a kid, I was used to the smell of oil, gasoline, smoke, and dust. I was either going to grow up to be a racer or build race cars.”

The driver of Shibata’s build is Koudai Sobagiri. Shibata, Sobagiri, and the Shibata Drift Racing Team participate in Japan’s highest drift championship, the D1 Grand Prix. If Sobagiri’s resume being a professional drifter isn’t enough, you can see from the video he knows how to slide the Q60 around. 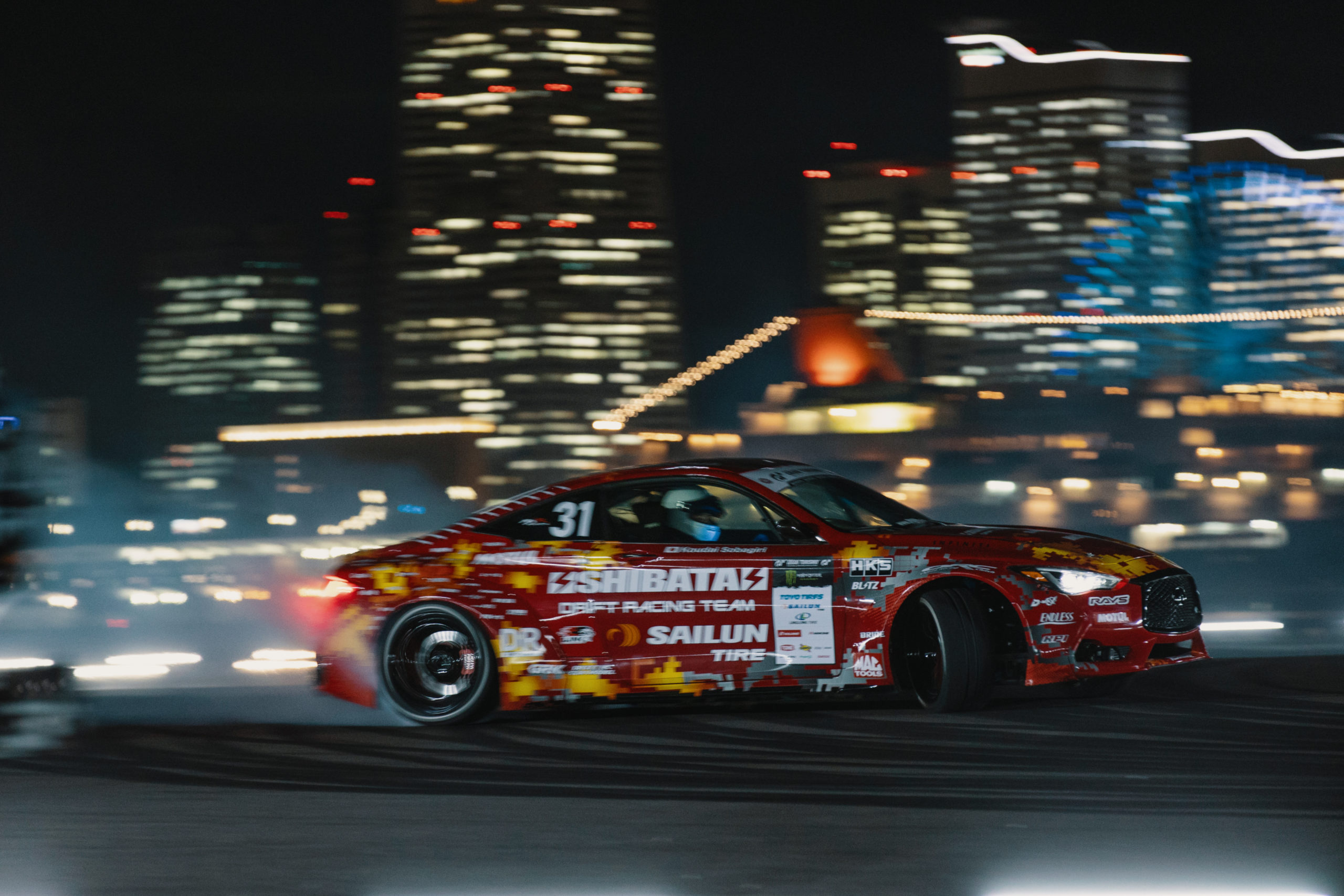 Infinity Drifting at The Docks Film

The film above has more Infiniti vibes than just the 1,000 hp Infiniti Q60. The video was filmed at the Port of Yokohoma docks in Yokohama, Japan. This is significant because the headquarters of Infiniti Motor Company is located in Yokohama, Japan. The night, the unique lighted dockside course, and a location with heritage make for one heck of a backdrop.

Infiniti calls Shibata their biggest fan. He isn’t even officially affiliated with Infiniti in any way, besides being a lover and advocate for their vehicles. He is the kind of authentic spokesperson even a marketing team couldn’t dream up. 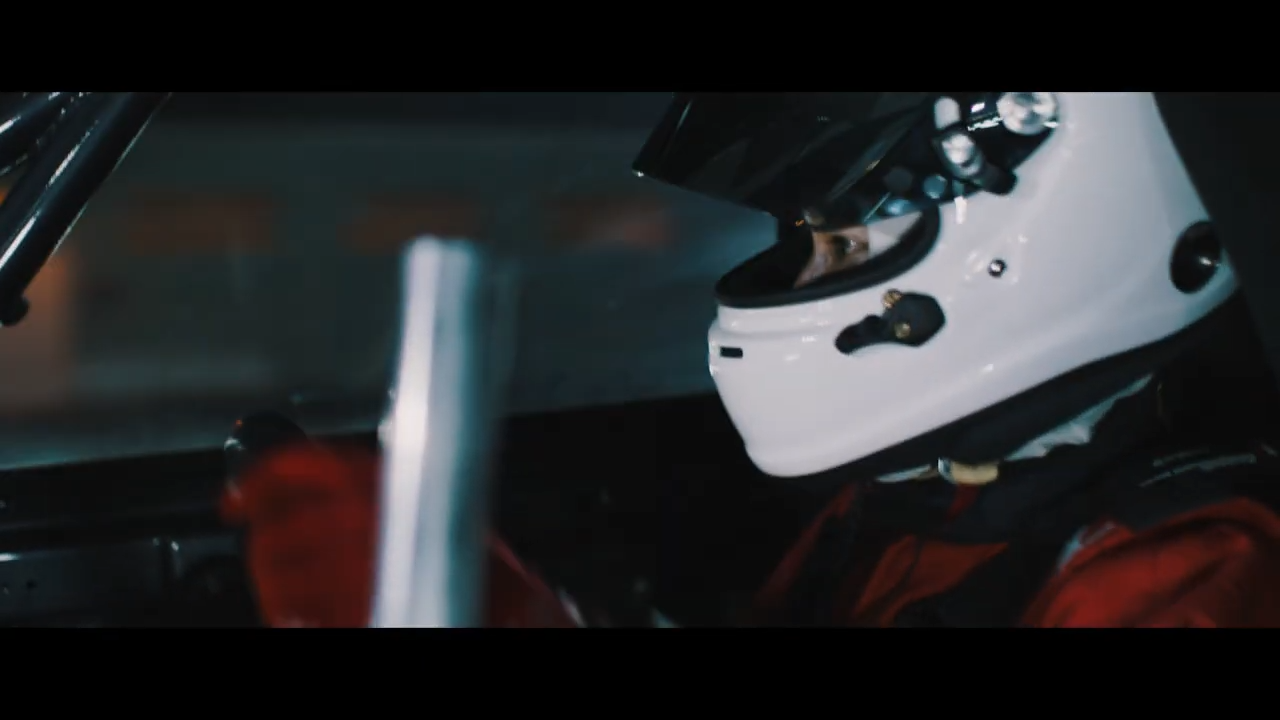 Shibata originally set out to make a good-looking race car and we have to say he succeeded. That 1,000 hp might have helped sway our opinion too.

If you are as hooked on this Q60 build as much as us, don’t worry, this isn’t the last you will see of it. Infiniti plans to release a slew of more content on it including doing a story on Shibata’s workshop and a story on how Sobagiri ended up in the world of drifting.