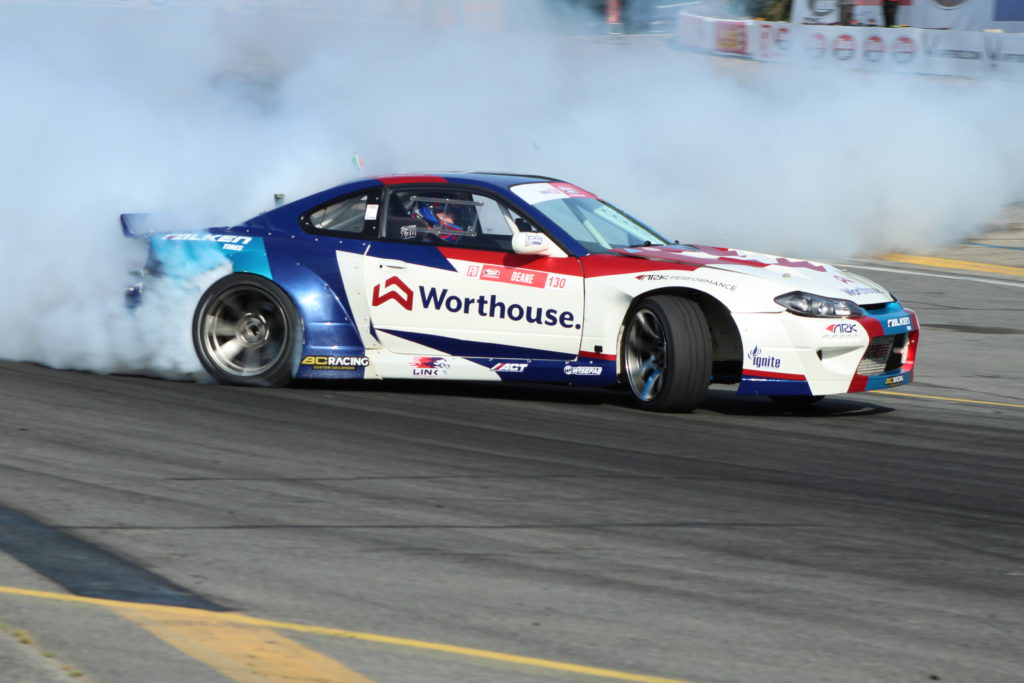 Drifting is a motorsport that’s taking the world by storm in recent years. It doesn’t surprise any of us, considering it has exceptional entertainment value. What’s better than high horsepower cars sliding sideways at high speed and crazy angles with plumes of tire smoke trailing them?

There are professional drift series all the way down to grassroots drift events happening all around the globe. Formula Drift stateside and Drift Masters European Championship across the pond are both impressive top-level events, with one big thing in common. Both feature the very best drift cars of all time.

These custom race creations started life as normal road-going consumer cars, but have undergone major transformations to be competitive on the drift scene. This includes getting stripped down and upgraded for optimum performance, often involving an engine swap. More power! An exceptional drift car has certain characteristics. Some of these are: rear-wheel drive, decent chassis balance, a limited-slip differential, engine tunability, and great style doesn’t hurt either.

Below we rank the best drift cars, explained why they are the best, and even tell you about some of the biggest names in drifting who drive them professionally right now. Let’s dive into the exciting world of drift cars.

10 Best Drift Cars of All Time

If you decided you wanted to start drifting and wanted to build a car with no particular OEM to answer to, every drift fan truly knows the best option is to grab a Nissan S-Chassis S14 or S15, known to consumers as the Nissan 240SX or Nissan Silvia depending on our geography, throw whatever engine you fancy inside and head to the track.

A Nissan S-chassis drift car has won the Formula Drift Championship three out of the last 4-years. Piloted by 3-time and back to back Champion James Deane, due to the insanity of 2020, he opted not to enter the country to participate, so maybe these Nissan S-chassis drift cars would have gone 4 for 4 in the last few years. Deane’s Nissan S15 ditched the stock engine in favor of a nitrous and turbocharged Toyota 2JZ engine.

Beyond Deane, there are a few other Nissan S-chassis sprinkled through the competitor field. His friend and teammate at the time Piotr Wiecek also competed in an identical 2JZ powered S15 to a Top-3 finish in most of the last few years as well and FEAL Suspension owner Odi Bakchis drives a supercharged V8 powered S15.

The only thing hurting the Nissan S-chassis is the ever-growing “drift tax.” Clean models are becoming rarer and rarer and more and more expensive. 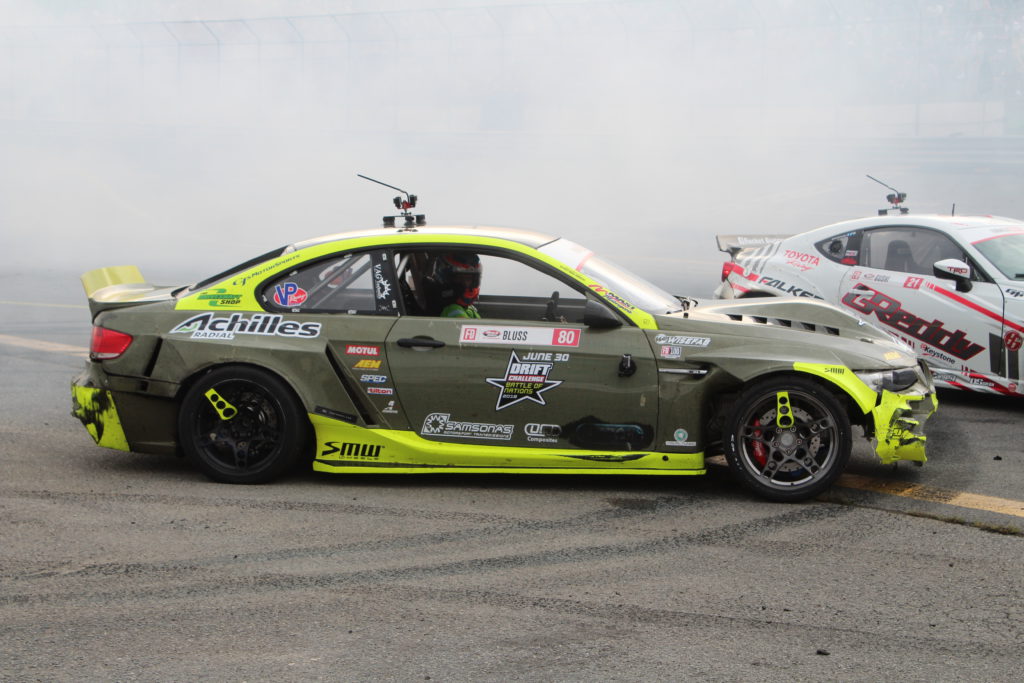 The BMW E92 3-series or E92 M3 chassis has had quite the light shined on it in recent years. The chassis is obviously over 10-years old, but due to its declining price and a particular drift shop, it has quite the spotlight on it at the moment.

A few weeks ago, we featured a unique video showcasing arguably the best-built drift cars in the world – the carbon kevlar bodied HGK E92 Eurofighters – built by HGK Racing. In the article, we discussed HGK Racing and went into detail about the E92 Eurofighter.

James Deane has piloted one to championships the last 2-years. That might sound confusing as I just mentioned he pilots a Nissan S15 in Formula Drift, but he had HGK build him a E92 Eurofighter to compete in the Drift Masters European Championship (DMEC), which he piloted to a championship in his first year with the car in 2019 and took the lone 2020 DMEC event King of Riga. Deane’s E92 Eurofighter is equipped with a Toyota 2JZ much like his Nissan S15. The K in HGK Kristaps Bluss piloted the original E92 Eurofighter in Formula Drift, but has recently campaigned it around in the DMEC himself.

HGK built E92 Eurofighters are not the only reason to have the E92 3 series or E92 M3 on the best drift cars list. Michal Reichert competes in a E92 M3 with the S54 engine out of a E46 M3 under the hood and Australian Jake “DriftSquid” Jones makes waves on the internet with his Nissan RB powered E92 M3 affectionately referred to as the “RBM3.” 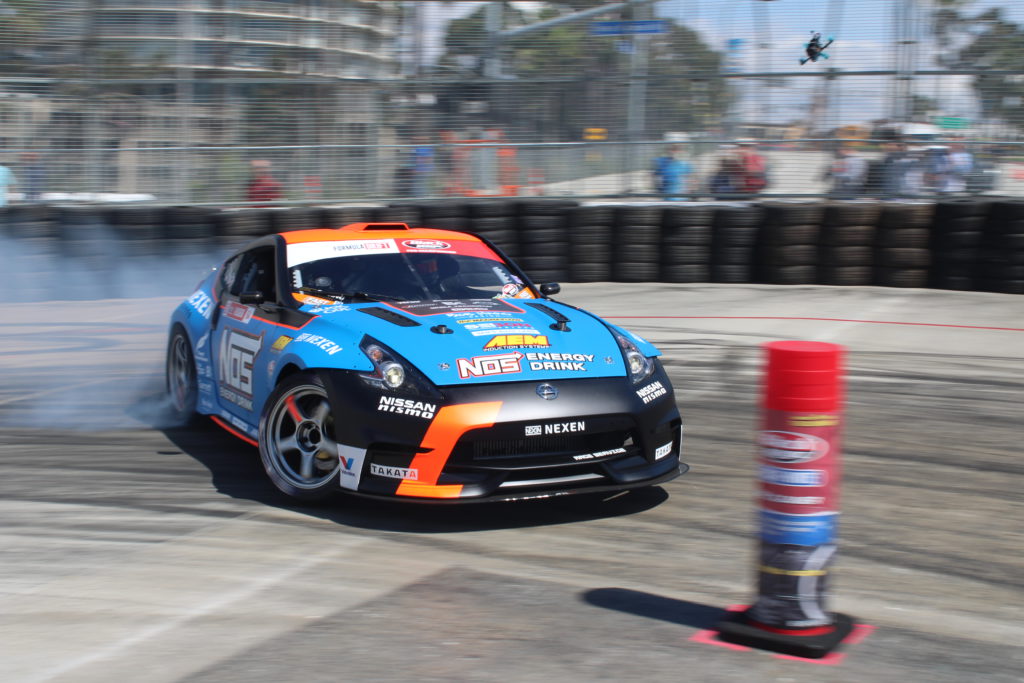 The Nissan 370Z is a car that has had the fortune of being on sale for a very long time. It has been on sale since 2009 and is still kicking until the successor 400Z comes out. The positive on that is the early model years can be had for near nothing, making them perfect starts to a drift car build. Sure the stock VQ engine can rupture eardrums with the wrong exhaust, but the chassis has been quite successful with an engine transplant.

Perhaps the most famous Nissan 370Z driver is Chris Forsberg. He has piloted them with quite a bit of different engine options. He won both the 2014 and 2016 Formula Drift Championships with a Nissan 370Z with a Nissan Titan V8 heart. If that doesn’t verify the strength of the chassis I do not know what will! In recent years he tried a few years with the standard VQ engine with some upgrades and more recently the Nissan GT-R VR engine.

He isn’t the only one, Formula Drift driver Jeff Jones pilots a 370Z with an American V8 heart and Ryan Litteral competes with one as well. It is not only a 370Z pro-level affair, as the car has been popping up in grassroots and Pro-AM events. 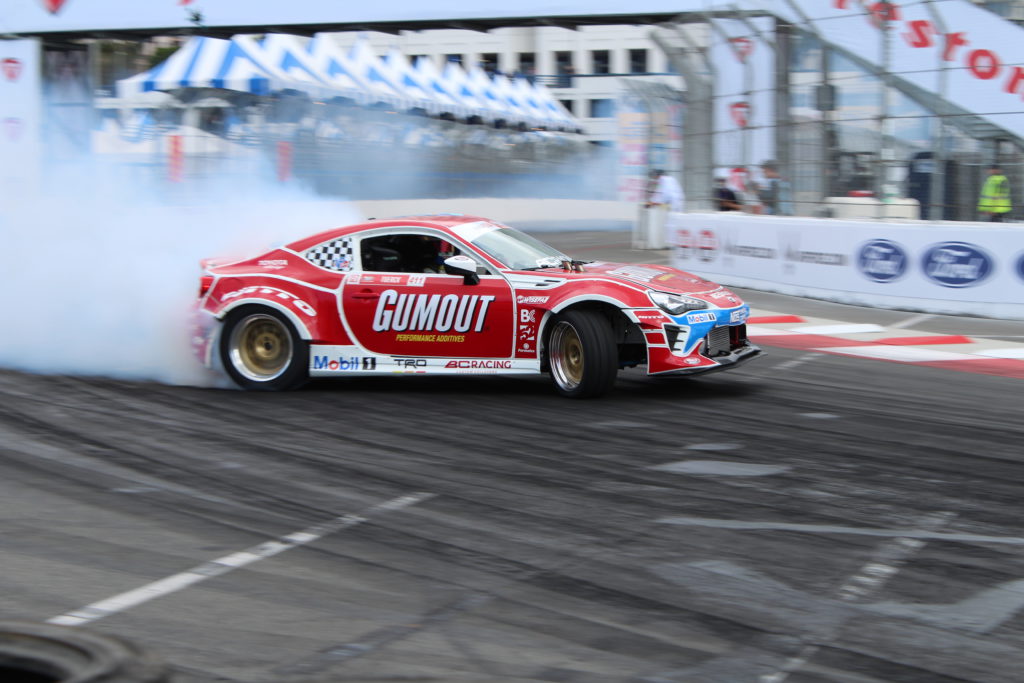 The joint partnership from Subaru and Toyota created what many call the Toyotabaru Twins – the Subaru BRZ and the Toyota GT86. Stateside you may have known the GT86 for many years of its life as the Scion FR-S. The BRZ/GT86/FR-S off the production line is screaming to be upgraded.

They come stock with some small 2.0 liter 4 cylinder engines that aren’t even turbocharged. What many drifters do is ditch the 4 banger for something with some kick.

Jack Shanahan pilots a Toyota 2JZ powered GT86 in the Drift Masters European Championship to success coming in second place in the 2019 DMEC and grabbing a third place at the 2020 King of Riga event. Stateside Ryan Tuerck was piloting his own Toyota 2JZ powered GT86 in Formula Drift for the last few years, until 2020. But probably the most famous GT86 drift car is his Ferrari 458-engined GT-4586 demo drift car. Daigo Saito was plotting his return to Formula Drift in 2020 with his own 2JZ powered GT86 before the current global situation threw a wrench in those plans.

Former Formula Drift Champion Daijiro “Dai” Yoshihara competes in Formula Drift with the BRZ variant and he ditched the stock engine in favor of a Chevrolet LS-based V8 engine. As you can see, there are all sorts of options that make this chassis work, as proven by some of the biggest names in drifting. 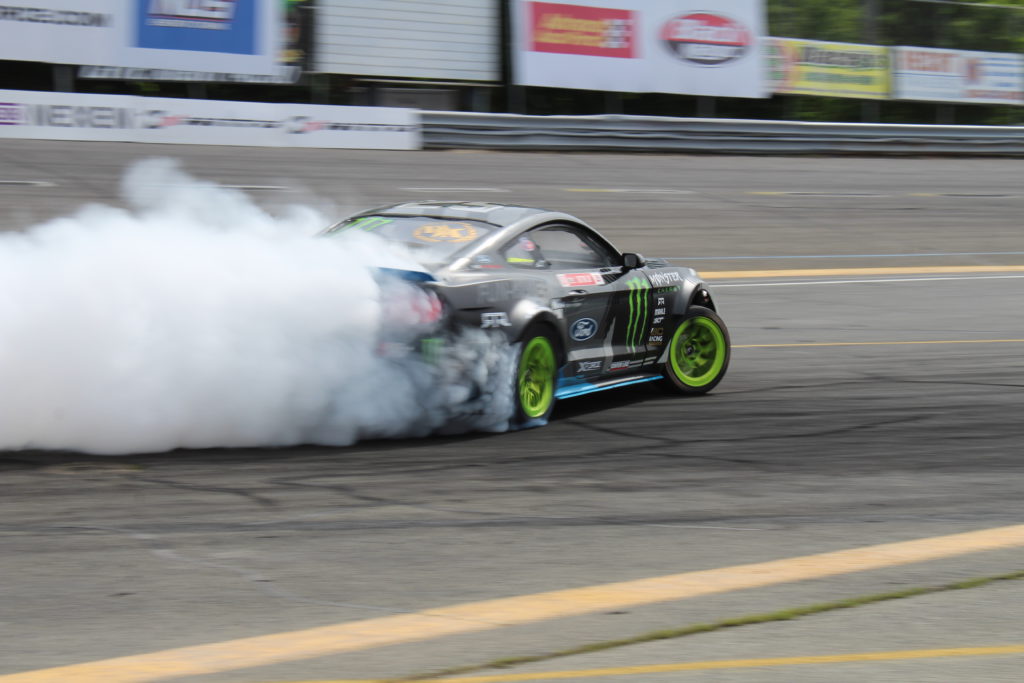 You knew a big American muscle car with a big screaming V8 was going to make the list. The sixth-generation Mustang (S-550) made since 2015 and currently on sale is one of the more ready to go drift cars. In stock form its 5.0 liter V8 puts out over 400 hp out of the box and has some welcome enhancements over prior Mustang models, particularly its independent rear suspension.

The most famous Ford Mustang drifter has to be Vaughn Gittin Jr. He has campaigned the Mustang to two Formula Drift Championships early on in the fifth-generation Mustang (S-197), but more recently in 2020 he won it with the S-550. He runs a two-man team with his teammate Chelsea DeNofa also making positive results with the S-550 chassis. DeNofa grabbed a few podiums in 2020 which helped him slide up into the second-place spot for the year. Gittin Jr and DeNofa aren’t the only ones proving the Mustang can slide around a bit. Veteran drifter Justin Pawlak nabbed his own share of podiums this year. 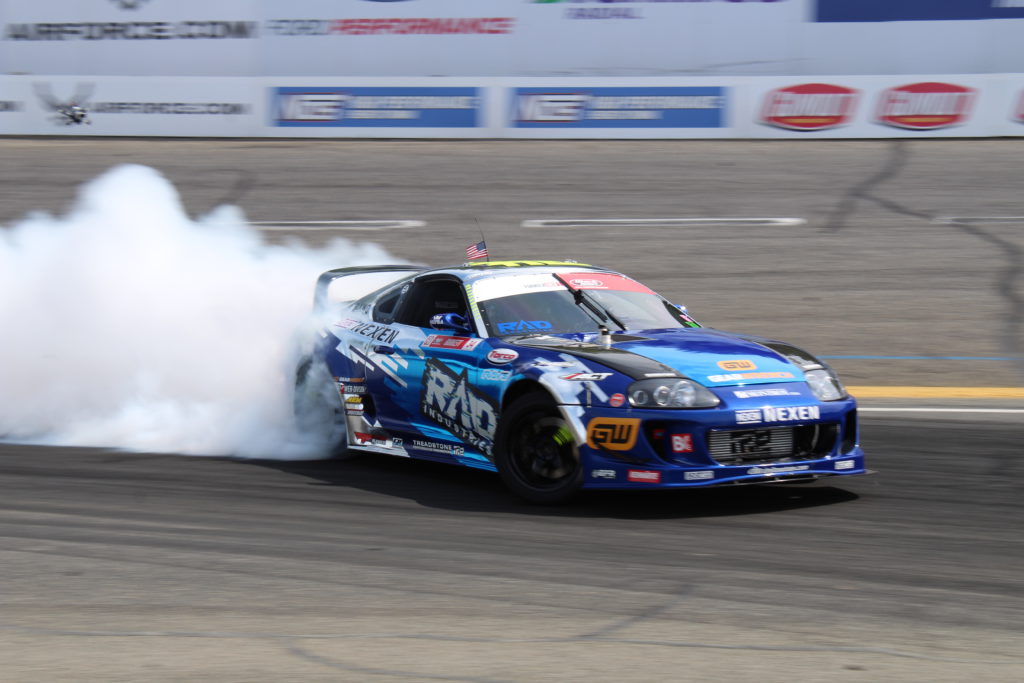 The 4th generation (A80) Toyota Supra is cemented in car culture and drift culture is no different. The Fast & Furious film series has probably inflated the values of the chassis more than any “drift tax” could, but the chassis is proven in drifting if not just looking good when sliding sideways. It has the unique spots on the list that is more likely to keep its original Toyota 2JZ engine, but of course, upgraded for more power.

One of the best drifters in the world Fredric Aasbo campaigned in one early in his career and is even campaigning its successor right now, but “Rad Dan” Burkett is probably most known for drifting in his RAD Industries Supra. 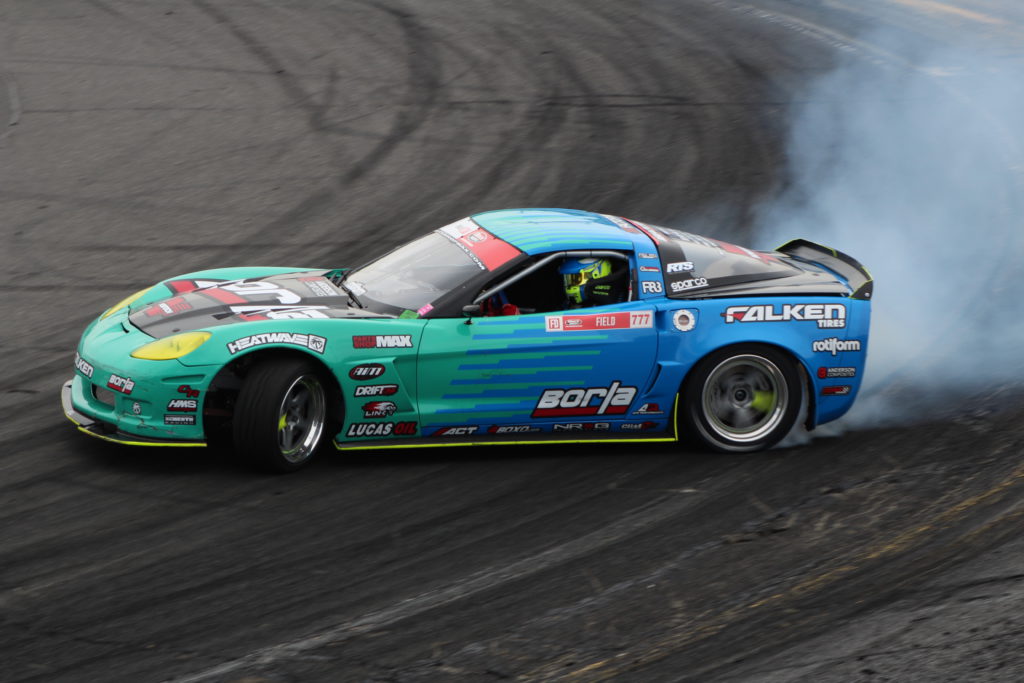 C6 Corvettes were pretty much built to be race cars. 400 hp and rear-wheel-drive is just the answer. Corvettes were always in one tax bracket higher than the normal Mustang or Camaro crowd, but with the prices of the C6 Corvette dropping you are going to see more and more of these popping up in drifting.

Dirk Stratton was sliding a C6 Corvette around Formula Drift for a few years, but more recently and probably the most famous C6 Corvette in drifting has to be Matt Field‘s Drift Cave C6 Corvette Formula Drift competition car. The thing was documented from its salvage flood-damaged life to the competition car it is today on popular YouTube car channel Donut Media and Field has proven that it not only looks good, but it can hang. 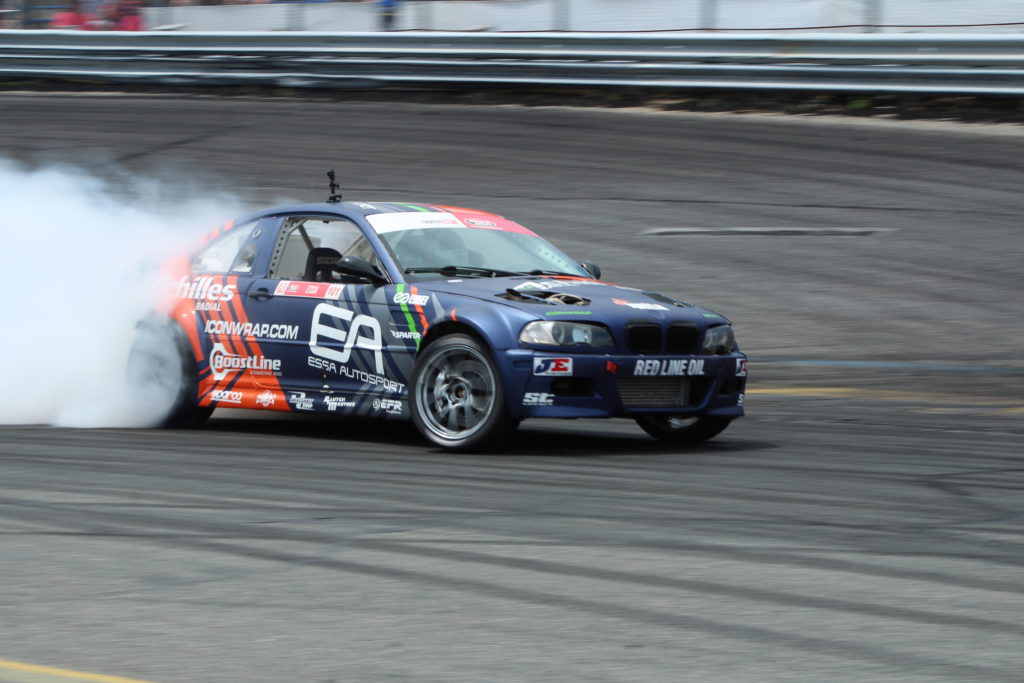 The BMW E46 M3 is arguably one of the best BMW’s ever built let alone The BMW E46 3 Series/M3 chassis is not without its subframe issues, but when building drift cars none of that matters.

Former Formula Drift Champion Michael Essa won his championship behind the wheel of a E46 M3 and currently pilots a E46 M3 with the BMW S54 Inline-6 engine, but of course finessed with a turbocharger to bring it up to 1,000 hp. Formula Drift Pro newbie and fan-favorite Dylan Hughes recently built his own BMW E46 build, but instead of sticking with the BMW Inline-6, he optioned for the Toyota 2JZ Inline-6 engine.

Couldn’t be a drift car list without at least one Mazda on the list! Mazda Miatas are the cheapest route to any race car and drift cars are no different.

The race car route often ditches the standard Miata engine for some LS-based glory, but the most run drift cars drop some Mazda rotary love inside instead. Kyle Mohan was the lone Formula Drift competitor a few years back drifting a rotary-powered Mazda MX-5/Miata, but the most famous Miata drifter has to be “Mad Mike” Whiddett. 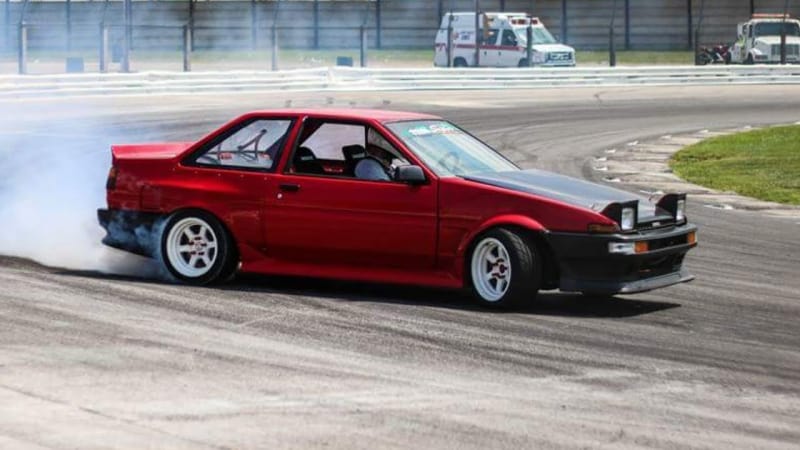 Often called “Hachi Roku” (Japanese for 86), this is the one car on our bests drift cars list that is less about what is currently being done with the chassis at any professional or amateur level and more about what it has done for drifting. It was made famous by the drift anime series Initial D, but only because of the legitimate drifting heritage it has.

Its nostalgic impact on drifting has made it perhaps the embodiment of what a “drift tax” on a car is. Simple economics, as there are few to be had and they currently fetch quite a pretty penny.

Life is short and you don’t want to miss out on all there is to enjoy. Whether you are new at this motorsport or an advanced driver, there’s always more to learn and experience. Find the best cars from our list above and get out there to feel the rush for yourself.


The History Of The World Land Speed Record
The Top 7 Best Vintage Diesel SUVs
You Wait for a Six-Door Jeep Wrangler, Then Two Come Along a...
The 2004-2006 Pontiac GTO: Did It End Pontiac?
Be Weary Of Those Motorsport Helmet Deals: Snell Helmets Exp...
Crazy Traffic Laws From the U.S. and Around the World