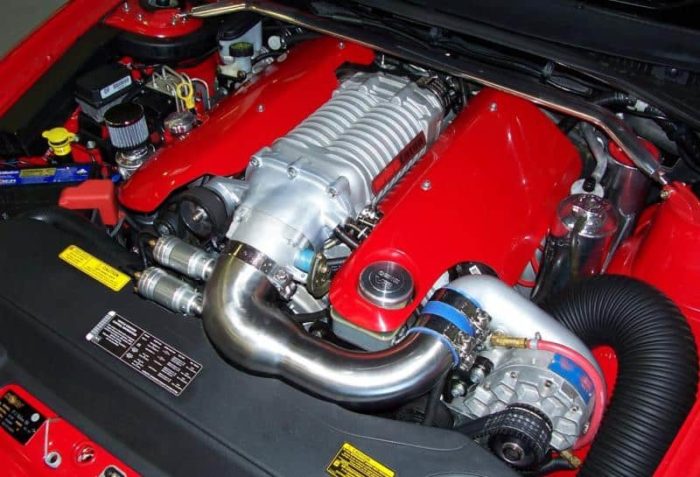 When looking at automotive performance, it’s easy to get confused between the turbocharger and supercharger. Once you compare them side by side, you quickly see how very different they truly are. Not only do they work uniquely, but they have a cost difference and offer varied performance. In this article, we strive to answer the age-old question of what’s better, the supercharger or turbo? Once you compare the supercharger vs turbo, you’ll be able to decide which one will offer the performance you desire.

What is a Turbo? 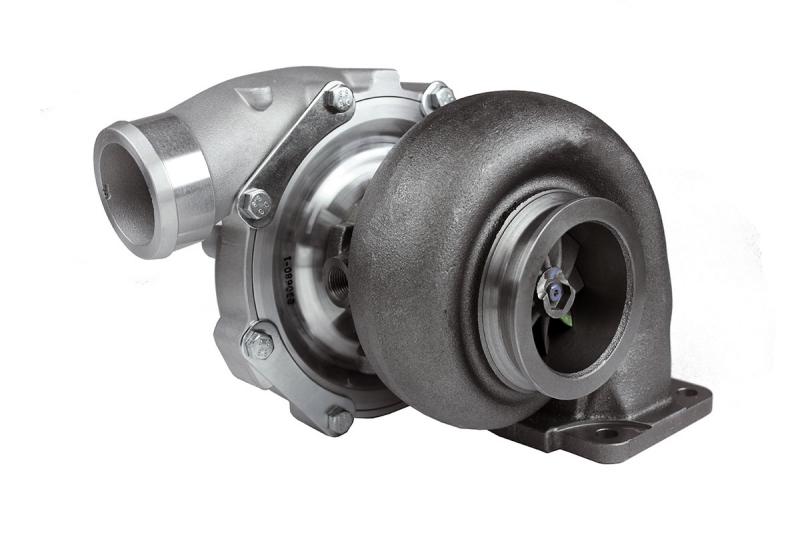 The turbocharger, otherwise known as just a turbo, is driven by a turbine and produces forced induction. This increases the internal combustion engine’s power output and efficiency because it forces additional compressed air into the combustion chamber.

When the compressor forces additional air, it naturally improves the output in a naturally aspirated engine. With more air, also comes more fuel.

Turbochargers are found on cars, trucks, aircraft, and even some construction equipment.

Gottlieb Daimler began the forced induction design when he patented his gear-driven pump which forced air into the internal combustion engine. This occurred for the first time in 1885. Then, Alfred Büchi, a Swiss engineer, invented the turbocharger. His work was completed through Gebrüder Sulzer where he worked as the head of diesel engine research. His patent dated back to 1905, but it wasn’t for another 20 years until his work was put into practice.

That’s when the German Ministry of Transport utilized his construction on some passenger liners. Both of the ships used twin 10-cylinder diesel engines that produced over 2000 horsepower thanks to his turbochargers.

Then, during World War I, Renault engines also utilized the design in some French fighters. Even in 1918, Sanford Alexander Moss used a turbocharger on his V12 Liberty engine to demonstrate that it would eliminate power loss at reduced air pressures. To prove his point he tried the engine at Pikes Peak at 14,000-feet in Colorado.

Turbochargers found their way into aircraft engines, locomotives, and ships during the 1920s. They were popular in American aviation, especially during World War II. Now you’ll find them in many commercial and passenger vehicles, specifically on smaller engines. That’s because they provide high torque and power while producing fewer emissions.

What is a Twin Turbo? 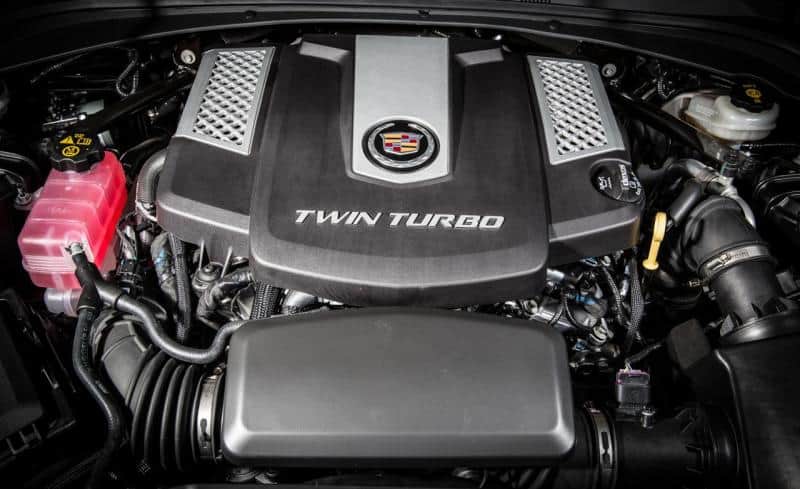 If you’re wondering the difference between a supercharger vs twin turbo, we’ve got your answer. The twin-turbo, otherwise known as a bi-turbo features two distinct turbochargers that work together in unison or a sequence.

When they are set up in parallel, both of them feed half of the engine’s exhaust. In a sequence, one of the turbochargers runs during low speeds while the other handles a specified load. With a sequential setup, you see less turbo lag, but you’ll require different pipes to feed both of them. You’ll find a twin-turbo design in diesel engines as well a boxer or V-shape design.

A twin turbo is very different from a twincharger. Twincharging refers to an engine that features both a turbo and supercharger, as seen with some Volvo motors.

What is a Supercharger?

With the supercharger, you notice an air compressor design which increases the density and pressure of the air forced into an internal combustion engine. With each cycle of the engine, it receives additional oxygen which helps it to burn extra fuel and add power.

The supercharger’s power comes from a belt, shaft, chain, or gear attached to the crankshaft.

History of the Supercharger

Back in 1860, Francis Marion Roots and Philander Roots patented a design for an air mover they used in blast furnaces. The Roots brothers owned Roots Blower Company in Indiana at the time. The first tested supercharger for an engine was later made in 1879 by Dugald Clerk. Then, in 1885, Gottlieb Daimler filed a patent for a supercharged internal combustion engine.

Later, Louis Renault patented his centrifugal supercharger in 1902. One of the earliest racecars that used a supercharger came from Pottstown, Pennsylvania. It was built in 1908 by Lee Chadwick and reached 100 mph.

The first mass-produced supercharged cars came from Mercedes in 1921. They were labeled as a “Kompressor” model, which Mercedes-Benz still utilizes today. 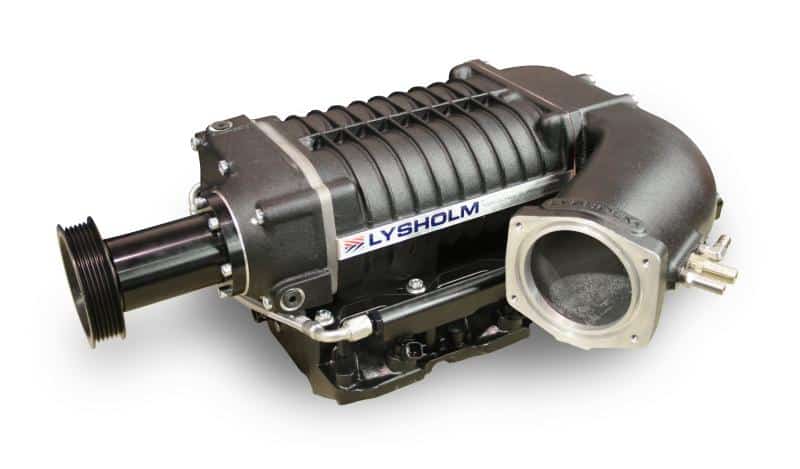 With an internal compression design, the supercharger compresses air inside itself close to boost level. This delivers a smooth flow into the engine with virtually no backflow. With the internal design, the compression ratio is easily matched to the proposed boost pressure to optimize efficiency.

There are also centrifugal superchargers available. These are driven directly by the engine through a belt-drive.

Reasons a Turbocharger is Better than a Supercharger 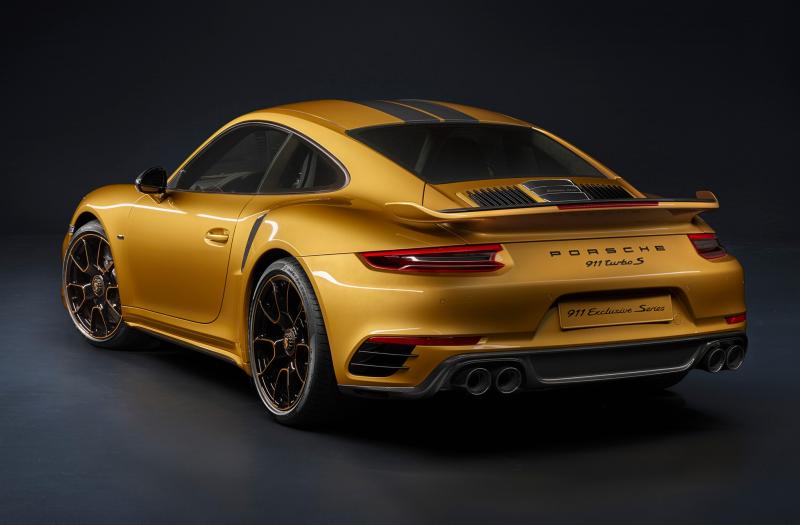 The turbocharger advantages include:

The turbocharger effectively produces more power in relation to size.

Because of the amount of horsepower increase relative to size, the turbocharger is significantly more efficient than a supercharger. In addition, turbochargers run from the energy that would have been lost in a naturally-aspirated engine through the exhaust gases.

The turbocharger produces better fuel economy. In fact, you’ll see an increase by up to 20-40%. Small engines require less fuel for idling plus they feature less rotational mass which helps to produce these numbers.

This is one of the main reasons that turbos continue to rise in popularity. When automakers require more power but want to maintain good fuel economy numbers and emission standards, they turn to turbochargers. This helps them give the customer a high-powered engine without sacrificing the other important aspects. It also helps them to utilize smaller engines which provide good power while saving fuel. You’ll find that many green customers prefer the use of a turbo vs the supercharger.

The turbocharger is far quieter than a supercharger. If you prefer a smooth, peaceful ride, you’ll want this setup instead. 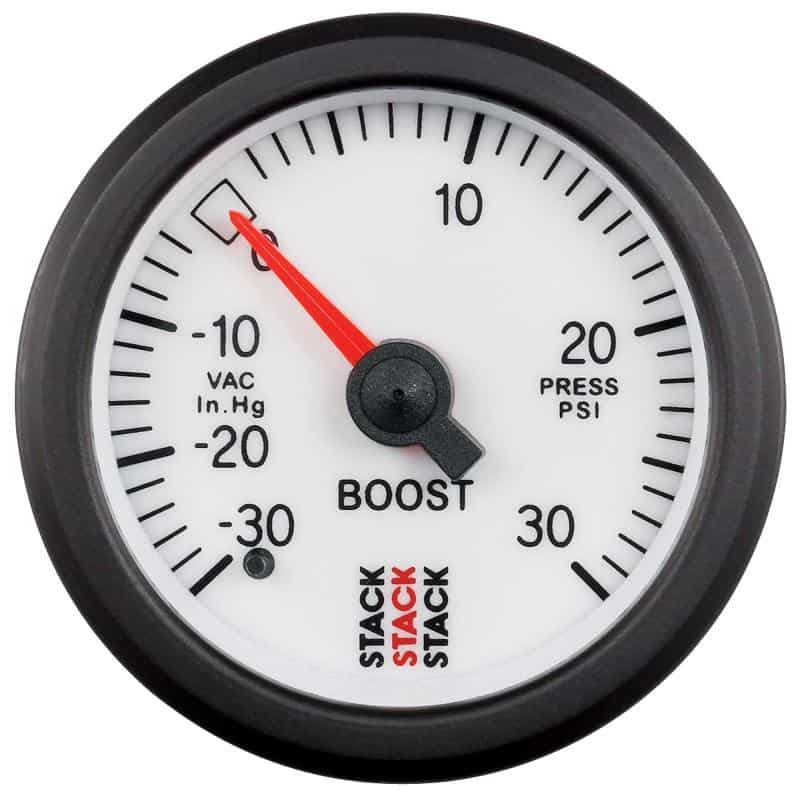 In comparing a supercharger vs turbocharger, there are several downsides you’ll see with the turbo.

The major complaint with a turbo is what’s referred to as a turbo lag. You’ll find this is more prevalent with the larger designs. Basically, it relates to the amount of time that the spooling up takes which means you wait for a useful boost.

Turbochargers are sized for a specific RPM range. This allows the exhaust gas to flow adequately to provide the boost needed. That’s why they don’t operate across a wide RPM range as superchargers do.

Mistaking the boost threshold for turbo lag is common. If the engine speed is below the boost threshold, then time is needed before the speeds are built up to produce enough RPM. Once the vehicle reaches the required speed, there is then a short turbo lag delay to reach boost. They are two separate concerns that both cause the user to wait.

Again, this occurs mainly with the larger turbos, but hitting the boost threshold produces instantaneous power. This could lead to instability or compromised traction for the vehicle.

Turbochargers become quite hot and require the use of the engine’s oil. This demand for extra oil doesn’t happen with the supercharger.

Reasons Supercharger is Better than a Turbocharger?

Superchargers only have a few years on the turbocharger, but still offer several advantages that place them in the leader of the supercharger vs turbo debate.

The most obvious benefit of a supercharger vs turbo is that there’s no lag. That’s because the power delivery is consistent and instantaneous. Since the supercharger is driven from the crankshaft, there’s nothing to wait for before receiving the power you desire

Equipping an engine with a supercharger offers a quick and effective way to boost the horsepower of any motor.

Unlike a turbocharger, the supercharger provides decent power at low RPMs. 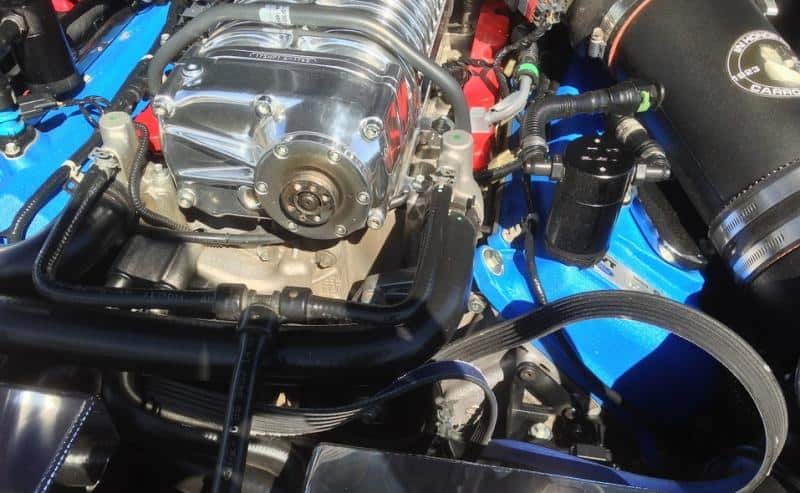 One of the biggest downsides to using a supercharger on an engine is that it sucks power like crazy. To produce engine power, it needs energy. Because it runs off the crankshaft through a belt, you have to power your air pump with another air pump. That’s why people looking for efficiency, opt for a turbo instead. It’s also why many automakers worried about fuel efficiency shy away from installing superchargers.

Because a supercharger is running from the engine, you have to worry about mechanical reliability at a higher rate. That’s because of the wear you put on the engine and because you have more moving parts that need to work. This is going to affect the longevity of your engine overall.

With this in mind, you also need to consider what it does to a stock engine when you add a supercharger on. This might produce additional wear that the engine isn’t capable of handling.

Main Differences of Supercharger vs Turbo

Now that we’ve examined the various pros and cons of the supercharger vs turbo let’s compare the main differences side by side. Both the supercharger and turbo are going to give you significant power increases because they draw additional air into the engine.

The supercharged vehicle delivers power at a faster rate and while traveling at lower RPMs. This early boost delivery does put at risk for lag later though. In addition, the supercharger is simple to maintain and install, but tends to use more fuel, is more expensive, and much louder than a turbocharger.

To look at the other side of the spectrum, a turbo engine won’t boost your power until you hit certain speeds. There’s also a turbo lag as you wait for the air to increase. With that said, turbochargers are fuel-efficient and quiet. They reuse the exhaust gas that would have normally been wasted, so there’s less mechanically to go wrong as well.

Do You Need Either?

Anyone who cares about cars wants the most power out of their engine; it’s just natural. Many auto enthusiasts naturally turn to larger engines in order to get the power they desire. While this will work, it does weigh more, lower your fuel efficiency, and cost more in the long run. That’s why automakers and enthusiasts alike look to superchargers and turbochargers to produce the power on smaller engines instead.

Properly equipped, the smaller engine delivers just as much power as a large engine, but it requires the use of some help. When more air is forced through the engine, the power can be overwhelming and far worth the effort.

What Do We Recommend – Supercharger vs Turbo?

Choosing the winner in a supercharger vs turbo battle is difficult. They each have their own unique advantages and disadvantages that it’s much like comparing apples to oranges. Yes, they both boost power with forced air, but that’s the extent of their similarities. 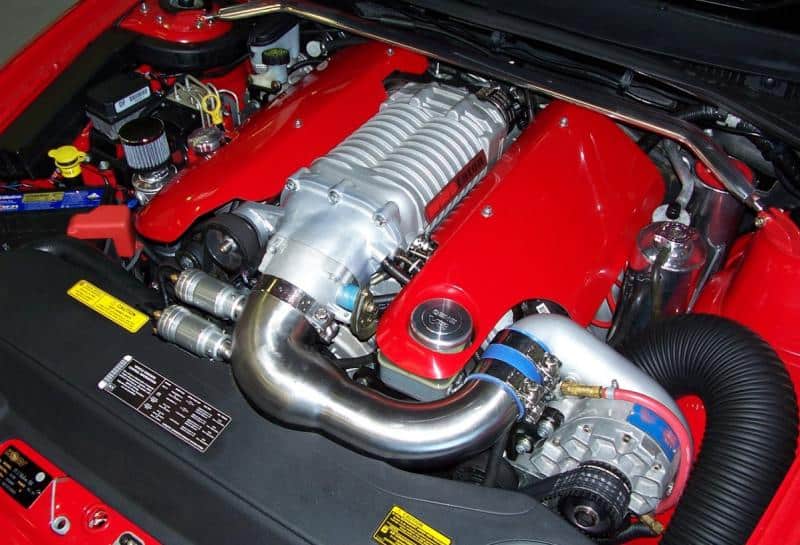 If we were discussing pure efficiency, the turbo would have to be the winner in this competition. Superchargers create plenty of power, but it’s not going to be the choice for anyone that wants to save energy. If that’s not a concern for you, and you simply want the most power you can achieve, then we recommend twincharging instead. Then, you don’t have to choose between the supercharger vs turbo; you can have the best of both worlds.

Many modern vehicles already come with enough power that you don’t need to think about which is best. Of course, anyone who enjoys modifying their car will still debate whether the supercharger vs turbo is the way to go. We would love to hear from you on the topic. In the supercharger vs turbo debate, which side do you sit on? Do you prefer the fuel-efficient turbo engine or would you rather have the all-out power a supercharger provides?