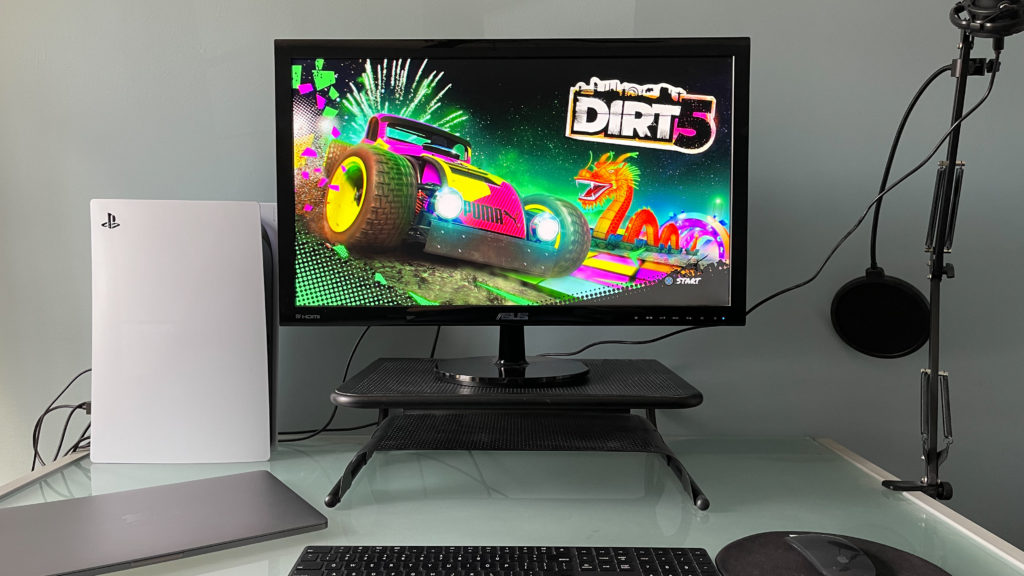 Have you ever wondered what it’s like to return to console gaming after a two-decade hiatus? I too was wondering this after years of working and parenting full-time had returned me to gaming newbie-dom. But I was about to find out what re-entry into the gaming world might mean — thanks to some newly found personal space and a brand new Playstation 5.

The Motivation: A Space All My Own

I have two young kids at home and fill my days with writing and recording podcast audio, so the number of hours in a day are frequently outweighed by the number of things on my to-do list. Up until recently, my family of four lived in a small house with very little in the way of private space. I’ve long wanted to get back into gaming but had little time or space to get serious about pursuing it.

Having just moved, I now have my own office and a door that shuts. I jumped on the opportunity to have both a private place to work and a place to hide away for a quick gaming session. Once I decided I would pick up a console, all that was left was to figure out which one to get.

The Setup: Playstation 5 Was Worth The Wait 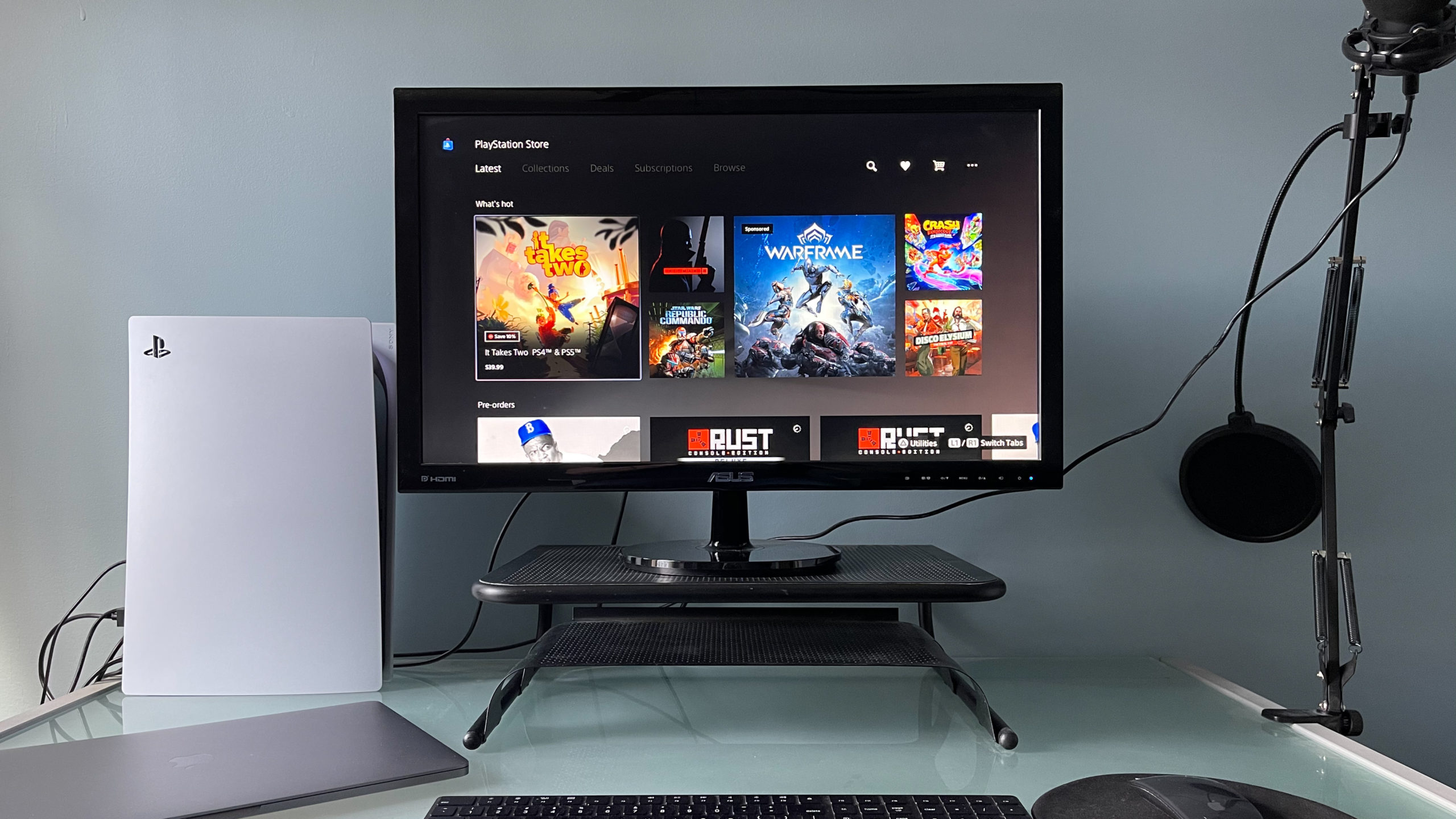 To begin with, I wanted to do some gaming but didn’t want to get sucked into first-person shooters or anything Grand Theft Auto–related because of the constant threat of a kid running into my office. Racing games were really where I wanted to be, but I didn’t want to bother with any kind of simulator setup.

At this point, you’re probably thinking something like, “This guy is unbearable.” But hear me out. My office is small, and I’m frequently on camera for meetings, so I didn’t want to have to move video game gear around for a Zoom call. Sure, this limits me to controller-friendly games, which may add seconds to my virtual lap times, but that’s where I’m at.

The console I settled on for this journey was the Playstation 5. Looking at its current games catalog, you’d be right to assume that it’s not the best option for racing titles. However, I chose it because of its future potential with blockbuster releases like Gran Turismo 7  and Need for Speed on the 2021 horizon. 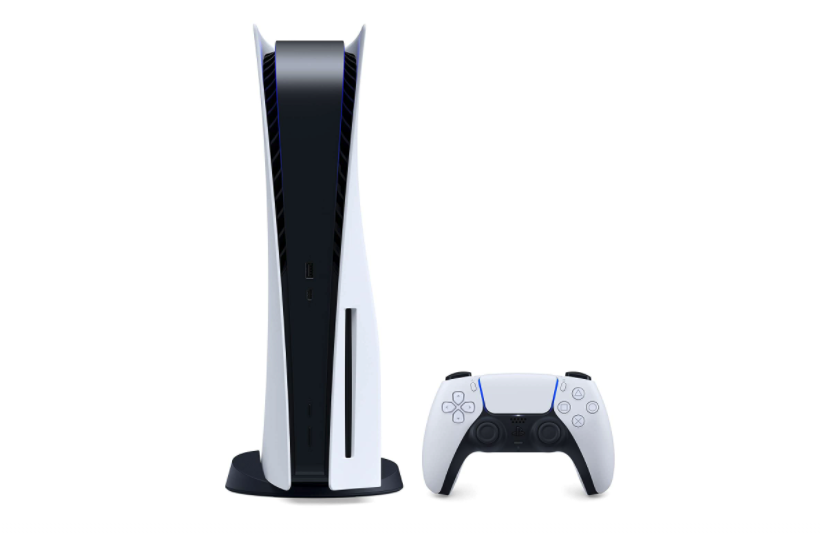 Having chosen my platform, all I had to do was wait. A while. Demand for the PS5 still far outpaces supply, even five months after its initial release, so finding one without paying a scalper’s markup can be challenging.

The recommended retail price for a PS5 runs $499 for one with a Blu-Ray disc drive and $399 for the digital version. But once you’re in, you’re in. Other than purchasing the games, you’re not on the hook for any other equipment, assuming you have a television or monitor with an HDMI input.

The setup is dead easy, too. The system boots up quickly and can charge the wireless controller via a USB port on the back of the console. My PS5 lives on my desk, hidden behind my laptop. I paired it with an Asus monitor that does double duty for my writing and data work. 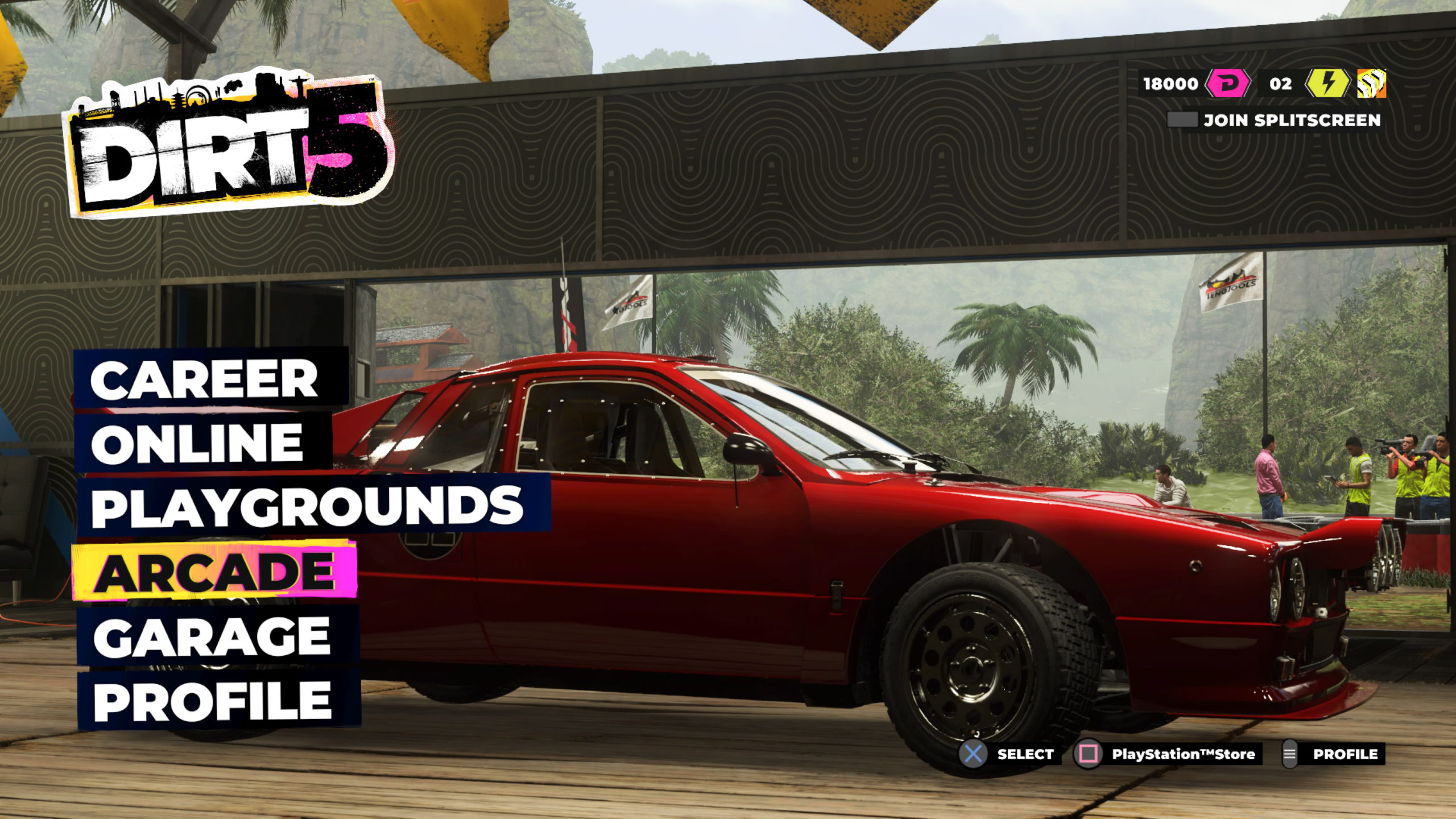 To get my racing fix, Dirt 5 has been my jam. In a way, the limited selection of current racing games for the PS5 helped me. It’s been well over a decade since I’ve seriously gamed, and Dirt 5 is far more arcade-like than a serious racing sim — perfect for my bootstrapped office gaming rig.

Before we get into an overview of the game, it’s important to talk about how good this title looks. If you haven’t played a game on a recent or current-generation console, you’re in for a treat. The cars look amazing and realistic, and the way the light and other elements are rendered is downright beautiful. While there’s little in the way of actual physics involved in the gameplay, there’s plenty to like in the visuals department. 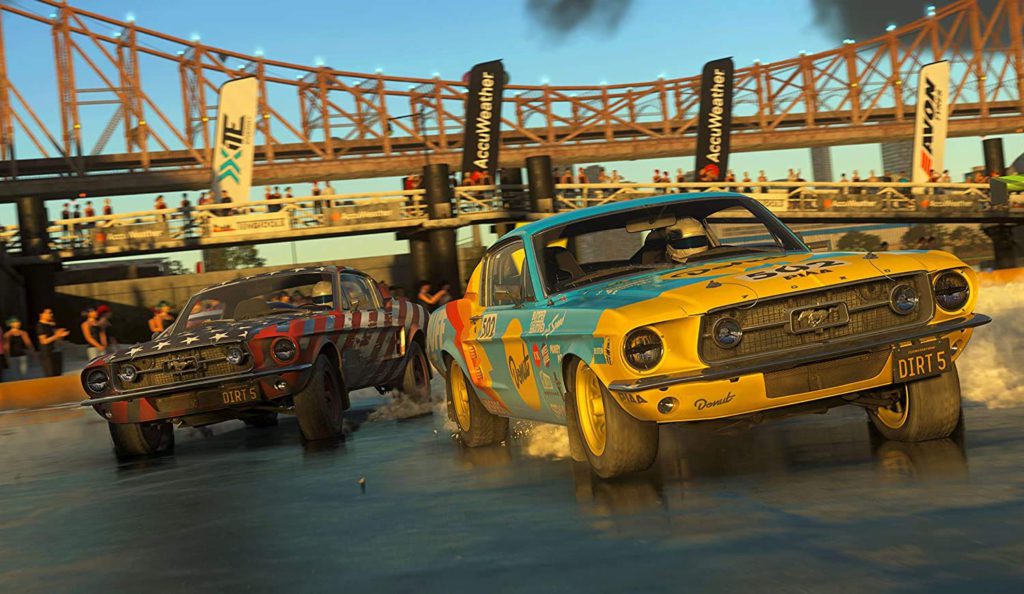 In terms of gameplay, this is about as far as you can get from serious sims like iRacing, but an arcade experience is a good re-introduction to gaming with a controller. Dirt 5’s controls are straightforward and easy to learn.

And the PS5’s controller translates in-game terrain to the user’s hands in a way that I’ve never experienced before. Beyond vibrations, the top trigger buttons actually give feedback and resistance when you are using the gas or brake pedals. The sensation was surprising at first, but it quickly became an engaging part of gameplay after the first few laps. 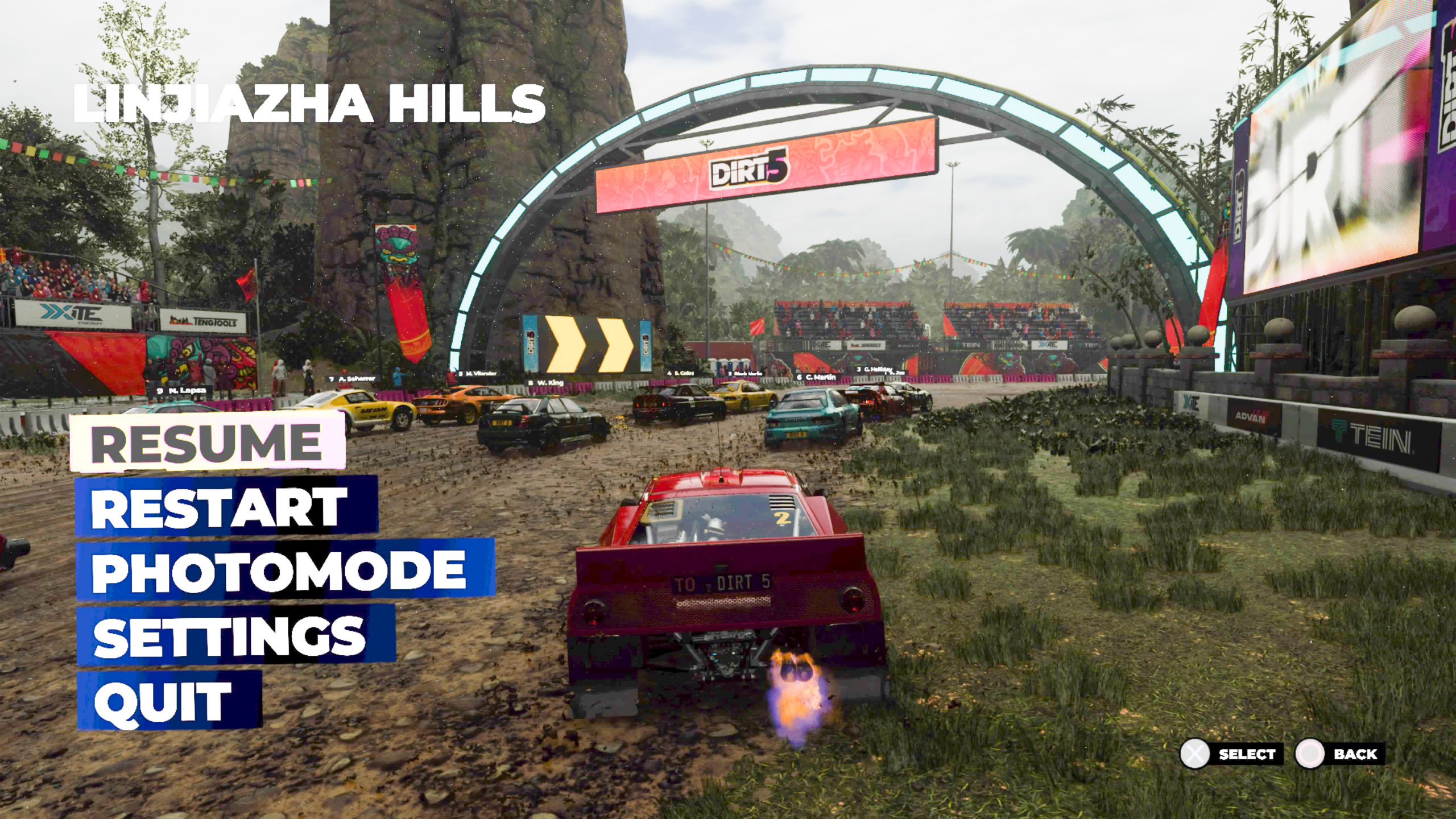 When the racing starts, it’s hard not to draw comparisons between Dirt 5 and the arcade racers I played growing up. The free-for-all feel is there, but there are also great moments of high-speed drifts and other physics-aware game mechanics that make Dirt 5 play like an “arcade-plus” title. There’s just enough realism to keep the whole thing on the rails, but not enough to make it seem like a hopeless grind of a game with a steep learning curve. 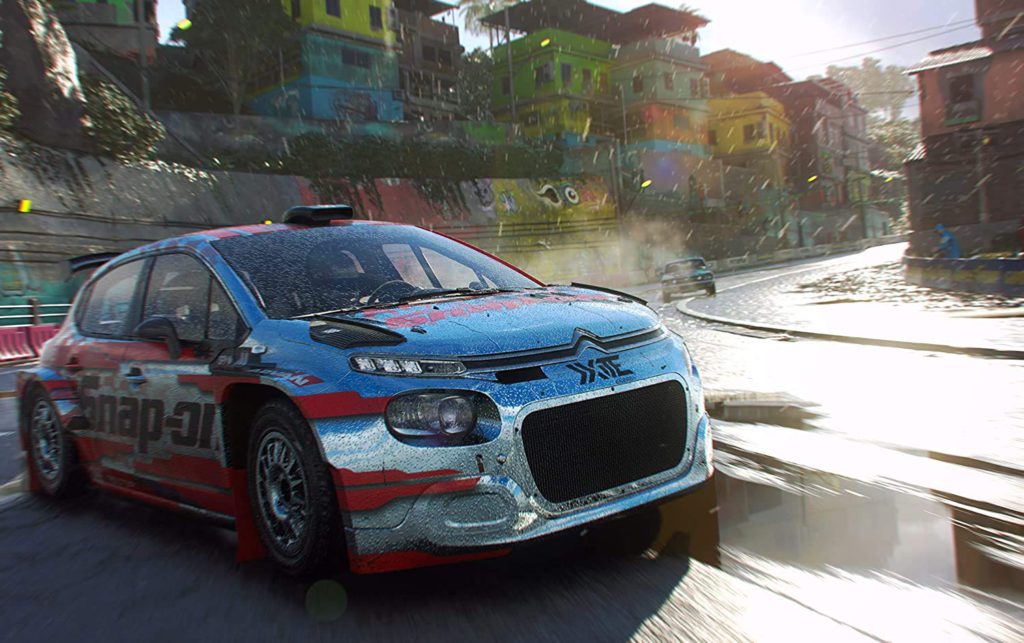 After all of that, I’m left with mixed emotions on the Playstation 5, Dirt 5, and gaming in general. The game and the console both function perfectly, and gameplay is absolutely gorgeous. On the other hand, my mistake was choosing to be a single-genre gamer on an expensive console.

In fact, choosing to be a single-genre gamer is silly no matter how you slice it, so, lesson learned for me. I’ve since decided to branch out to other types of games, but I still think my timing could have been better to make the jump back into consoles. 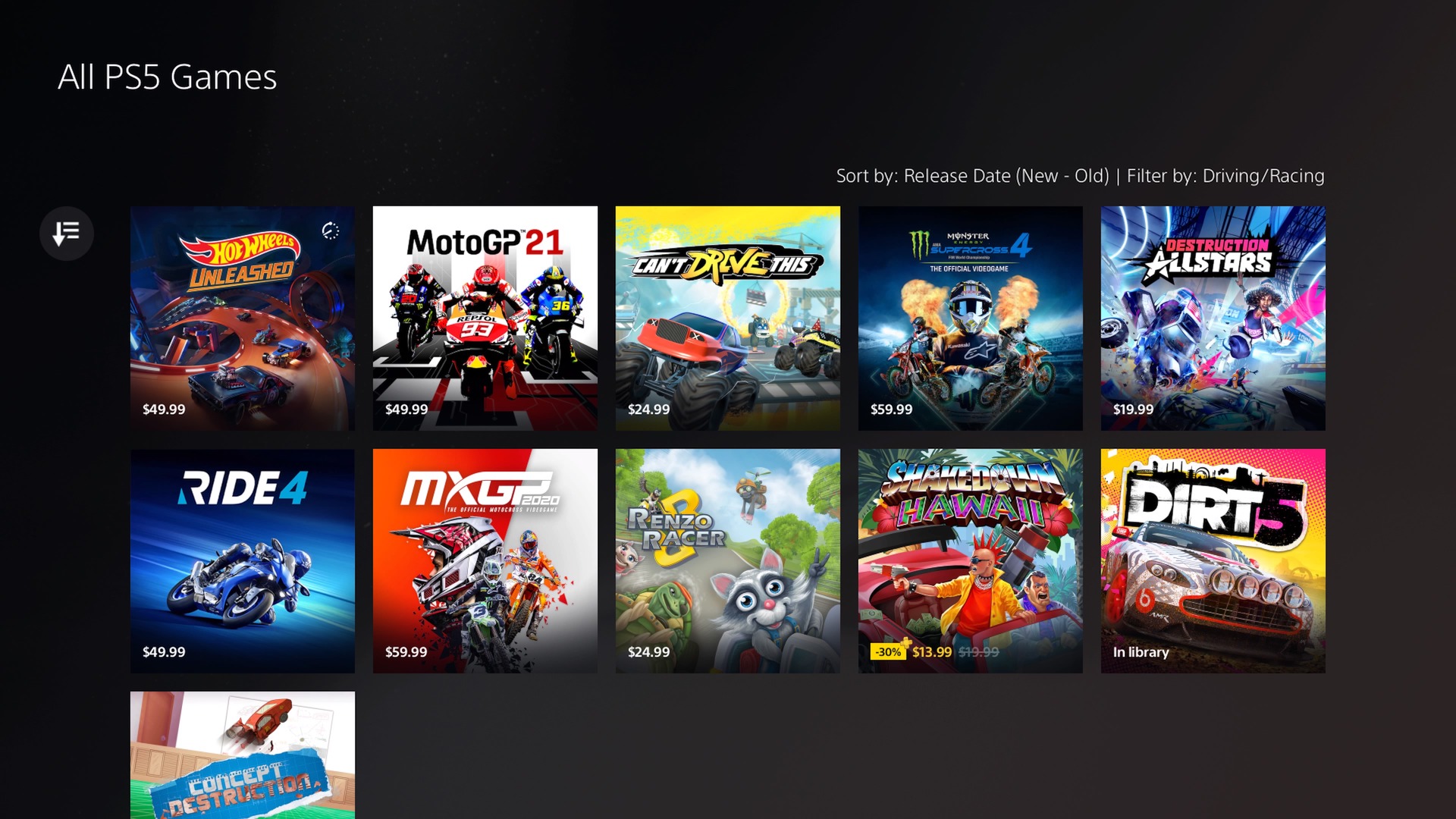 Sure, I can play most PS4 games on PS5, which means there are many other titles available, but if you’re expecting a huge selection of PS5-only racing games, it’s best to wait. For now, I’ll keep racing Dirt 5 and will bide my time until Gran Turismo and other games land in the coming months.

All of that said, I don’t regret shelling out the money for a Playstation 5. The games, racing or otherwise, look amazing. The system boots quickly and game downloads are fast. In terms of barriers to entry, the only real pain here is finding a console to buy at retail and skipping over scalpers. If you’re on the fence and don’t particularly care about which racing games are available right now, there’s no better time to get into — or back into — gaming.


10 Of Our Favorite Front-Wheel Drive Cars
TOP 15 Fastest Ford Models of All Time
Everything You Need to Know About Speeding Tickets
15 Forgotten Pickup Trucks That Never Succeeded in the U.S.
10 Best Female NASCAR Drivers of All Time
Nissan Homy Super Long and 12 Other Weird Japanese Car Names