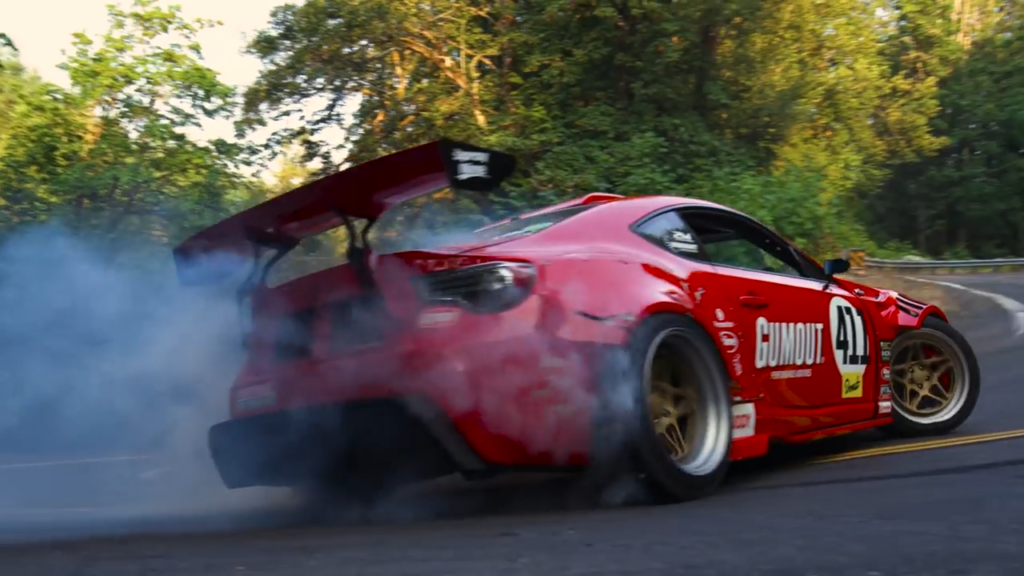 Our passion runs deep for the world of drifting, and we tend to watch way too many drift videos. We’ve shown you what the best drift cars are all about, some drift professionals who vlog which you should be following, and now we bring you what we believe to be the 15 best drift videos of all time.

Let’s not miss that clipping point and be sure to put the pedal to the floor. Here are our top drift video picks, in descending order. Don’t cheat yourself and skip to the top picks at the bottom, as none of these are to be missed!

Jake “DriftSquid” Jones is an Austrailian professional drifter who we featured on our 5 drift vloggers you should watch article, as he has been documenting his drift life for many years. In this video, Jones takes his 1000 hp Nissan RB-powered BMW E92 M3 “RBM3” up a local Australian road.

Matt Field drifts in Formula Drift‘s PRO series in his 1000 hp Chevrolet C6 Corvette. In this video, he takes his competition car through some California canyon roads for some amazing close proximity footage.

Latvian professional drifter and owner of HGK racing Kristaps Bluss puts his drift skills on display as he plays the part of a security guard who while on his shift plays some sim racing. He then goes to investigate a shipping container with a BMW E46 M3 drift car destined for Long Beach, California (Formula Drift Long Beach). Bluss then hops in and shreds the dock area in the car. A fun storyline and epic drift skills make for some impressive drift video eyecandy!

“Mad Mike” Whiddett is probably the world’s most marketable drifter. He had a stint in Formula Drift in the U.S. but has since moved his drifting closer to his beloved home, New Zeland. He even became Formula Drift Japan Champion back in 2018. In this video, he shreds one of his prized rotary-powered Mazda’s up the Crown Range in New Zeland.

Steve Biagioni aka “Baggsy” is a British Drifting Champion that you may have seen on The Grand Tour teaching Richard Hammond how to drift. This video is another that has a bit of a fun story, as Baggsy plays a wanted driver trying to evade the cops in his 1,200 hp Nissan R35 GT-R.

We already mentioned Bluss and it won’t be the last time he is on this list, but Ryan Tuerck is a current competitor in Formula Drift as well as known for building some unique internet-breaking builds, and Matt Powers is a former Formula Drift driver turned stunt driver. In the video above, the trio hop in a BMW E46 M3, BMW E92 M3, and a Nissan 350Z to shred around an abandoned Soviet Missile Base. Obviously, mayhem ensues!

I promised that wasn’t the last time Bluss was on the list. This video is so good it warranted its own post, which you can read HERE. Arguably the world’s best drifter James Deane was in Latvia for the 2020 King of Riga event where he piloted his HGK built E92 Eurofighter. Latvia is home of Bluss and his race shop HGK Racing, which created the Eurofighter BMW drift cars. The two E92 Eurofighters got together and hung out for some serious fun in this film.

Tanner Foust has a magic yellow steering wheel that allows him to jump from vehicle to vehicle, of course drifting all of those vehicles in some way. Foust might be a famous rallycross driver now, but his roots started in drifting when he won two Formula Drift championships back to back in 2007 and 2008. This magical steering wheel has him hopping from his rally car to his Formula Drift Passat, and even a boat somewhere in there. This is not to be missed sideways action!

Ryan Tuerck’s Ferrari 458 V8 powered Toyota GT86 the “GT-4586” might be one of the most unique drift builds out there. This video shows an important side to drifting – sometimes things go wrong. While being chased by an actual Ferrari 458 camera car, Tuerck “Tuerck’d” it into the side of the hillside. The sounds this machine makes are glorious!

Chris Forsberg is a 3-time Formula Drift champion and back when he was sponsored by Hoonigan they hit up the abandoned Hawthorne Mall in Los Angeles, California. Forsberg’s friend and fellow Formula Drift competitor Ryan Tuerck stops by for some fun midway through the video for some tandem fun.

We mentioned Baggsy earlier, but Daigo Saito is a D1 Grand Prix Champion in Japan and a Formula Drift Champion in the USA. Baggsy has the same Nissan R35 GT-R with a LSX V8 kicking out 1200 horsepower he had in his Return to Driftenberg video. Daigo has a Lamborghini Murciélago drift car. Put them together and its all good fun.

If you have ever driven on the Nurburgring in any video game the idea of drifting the whole thing had to cross your mind at some point. Vaughn Gittin Jr. packed his bags in his 900 hp Monster Energy Ford Mustang RTR and did just that.

Ken Block took his internet-breaking Hoonicorn and strapped two turbos to it pushing the power to 1,400 hp. Why? Because he needed the extra power to make it up the 14,000-foot climb of Pikes Peak. Block has no issues bringing the might Hoonicorn RIGHT to the edge!

You didn’t actually think I wasn’t going to put a Gymkhana on the list did you? I believe Gymkhana 7 is the only one that fits the category of a drift video. Gymkhanas 1-6 are all in Block’s rally cars, same goes for Gymkhanas 8-9. Gymkhana 10 is a mixed bag with mostly rally cars, the Hoonicorn V2 that is featured in Climbkhana, and the Hoonitruck.

It would be hard for you not to have seen this one, as 54-million people have. In the video Ken Block takes his purpose-built all-wheel-drive 800+ hp full custom ’65 Ford Mustang through the streets of Los Angeles. This is a glorious film on every level; car control, unique stunts, epic vehicle, cinematography, and more.

The Best Drift Videos Of All Time

As you can see, some drivers are internet gold, while in some cases the media company filming is the one who knows how to find the gold regardless of who is driving. In either case, we hope you were able to find some entertainment from our pics for the best drift videos of all time.