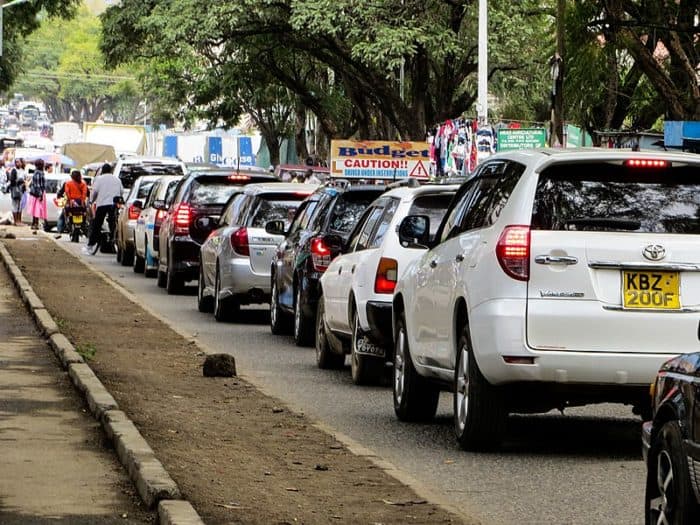 Everyone seems to have an opinion about the worst cities for traffic. These tend to be at least somewhat subjective. For example, many people will include the city in which they live among their worst traffic cities, simply because this is where they’ve spent most time stuck in jams. And even a single experience, such as missing a flight while gridlocked, can forever color someone’s sense of a city’s traffic. Let’s dive into both the data and the emotion of the worst cities for traffic in the world.

Two data-based “worst traffic cities” lists are published each year. One is the annual Traffic Index provided by Dutch location technology specialists TomTom. First published in 2012, this currently covers 416 cities across 57 countries. The other is Global Traffic Scorecard by traffic data firm INRIX, which analyses congestion and mobility trends in more than 975 cities in 43 countries.

Here are the top 10 most congested cities for 2019, according to each list.

How Is Traffic Measured?

These rankings are based upon factors such as congestion levels, which TomTom measures according to how much longer a given trip will typically take in a given city compared with its duration in that city’s baseline uncongested conditions. INRIX also takes into account how many hours local drivers lose to congestion each year, and “last-mile speed” (the speed at which a driver can expect to travel one mile into a given city’s central business district during peak hours).

But what lists like these overlook is the less tangible and quantifiable emotional impact of intense, unfamiliar urban traffic. The sense of danger, chaos, confusion, and even comedy of a strange city’s traffic can be just as memorable to a traveler as the dry data. Reckless driving, road rage, and a constant sense of imminent collision are more significant to the senses than just the number of cars crammed into a city or how slowly these move.

So we looked at three cities – Bogota, Istanbul, and Mexico City – that rank high on both the TomTom and INRIX lists. But we also dived into the famously frantic traffic of a further trio – Cairo, Mumbai, and Lagos – that are overlooked altogether by at least one of these rankings. 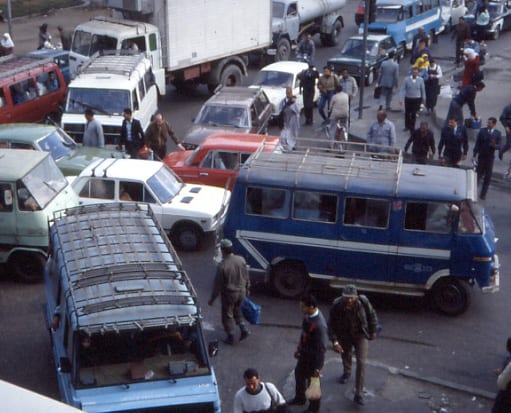 If your vision of Cairo consists of serene pyramids and sauntering camels, think again. Today, Egypt’s capital city hums with a toxic brew of anarchic roadways and daredevil driving that’s scarier than anything in those mysterious tombs.

The Egyptian driving test consists of simply driving six meters forward and then six in reverse (plus answering some questions). This lack of training combined with a road system buckling beneath Cairo’s 20-million-plus population – double that of just 30 years ago – creates apocalyptic traffic that few visitors ever forget.

Hair-raising anecdotes about Cairo’s roadways abound. These include having to mount and dismount moving buses, drivers pulling U-turns on freeways, and whole families and/or animals clinging to dilapidated motorcycles. Any road markings appear to be purely decorative. And then there’s the widespread habit among Egyptian drivers not using headlights at night (apparently in the belief that doing so will drain their battery).

According to the World Health Organization, Egypt has a road traffic fatality rate of 42 deaths per 100,000 population, which consistently puts it among the worst countries for road deaths. (Neighboring Libya currently has the dubious distinction of topping that list.) Yet Cairo ranks only #36 on TomTom’s Traffic Index, while the INRIX scorecard excludes Egypt altogether. 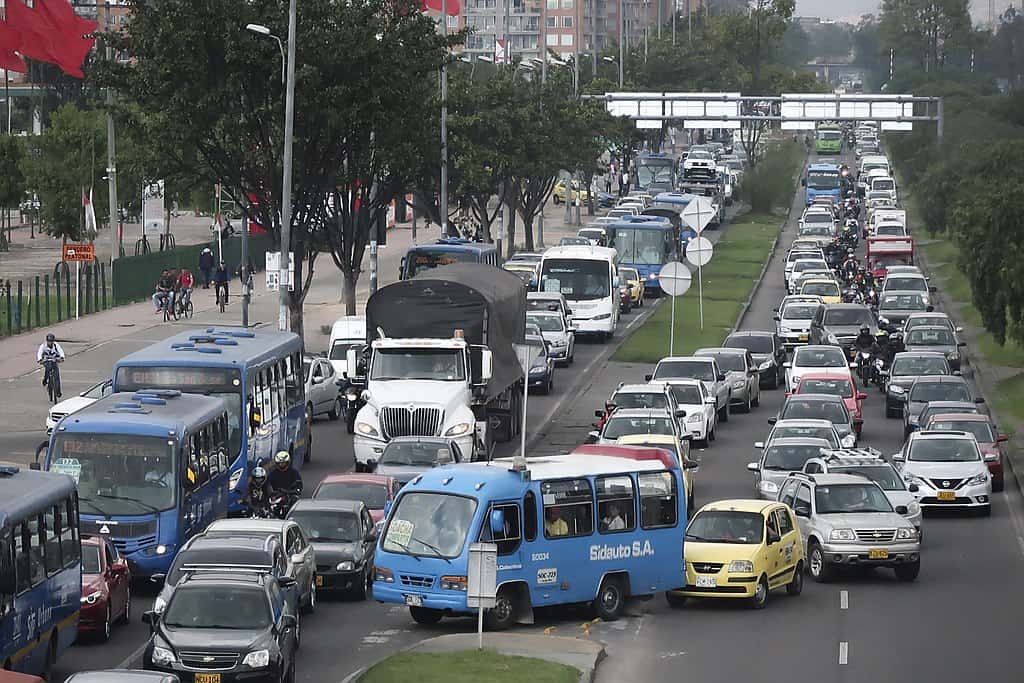 Upon arrival at El Dorado International Airport, Bogota’s traffic can be a jarring culture shock. With motorcycles constantly shimmying between endless buses, cabs, and cars, you have to admire the sheer skill and nerve of the horn-happy local drivers.

The population of Bogota’s metro area has swollen by some 2.5 million over the past decade, to nearly 11 million. According to City Mayors, it’s the 9th most densely-populated city on Earth.

The city’s lauded TransMilenio system of dedicated bus lanes and its extensive “ciclorutas” network of bike paths have only partially alleviated traffic issues stemming from unplanned growth and rising rates of car ownership. And Bogota’s “pico y placa” policy – which restricts traffic access into certain areas based on the last digit of a vehicle’s license plate – has sometimes backfired. Many drivers simply buy a second vehicle with a different last digit to circumvent the restrictions.

But there is at least temporary relief each Sunday, when Bogota’s much-copied Ciclovía program bans traffic from some 70 miles of the city’s major streets from 7 a.m. to 2 p.m. 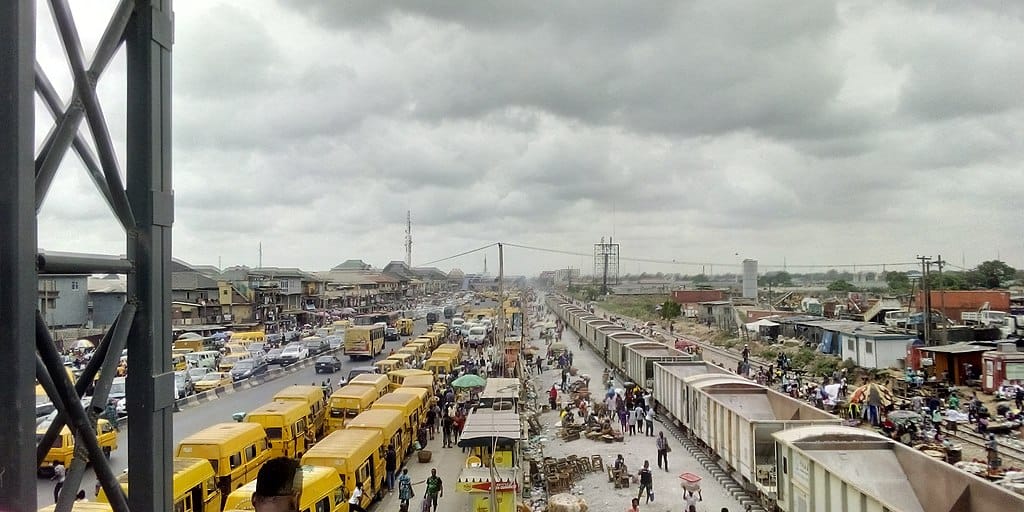 No list of worst traffic cities should ignore Lagos, Nigeria. Africa’s most populous city and one of the world’s fastest-growing, it spawns a traffic experience almost indescribable in its eccentricities and frustrations.

Intense tropical heat and the constant smell of diesel fuel hang over Lagos freeways so gridlocked that street vendors walk alongside plying their goods. Some local drivers sleep in their cars five days a week, as it’s simply impossible to get home between work shifts. Little wonder that a recent study by Zipjet (now part of Laundrapp) declared Lagos the third most stressful city on Earth, behind only war-ravaged Baghdad and Kabul.

Lagos is growing so fast that the population is disputed, but at least 17 million people appear to be sharing its relatively tiny network of roads. The World Economic Forum has projected that it will be the most populous city on the planet by 2100. 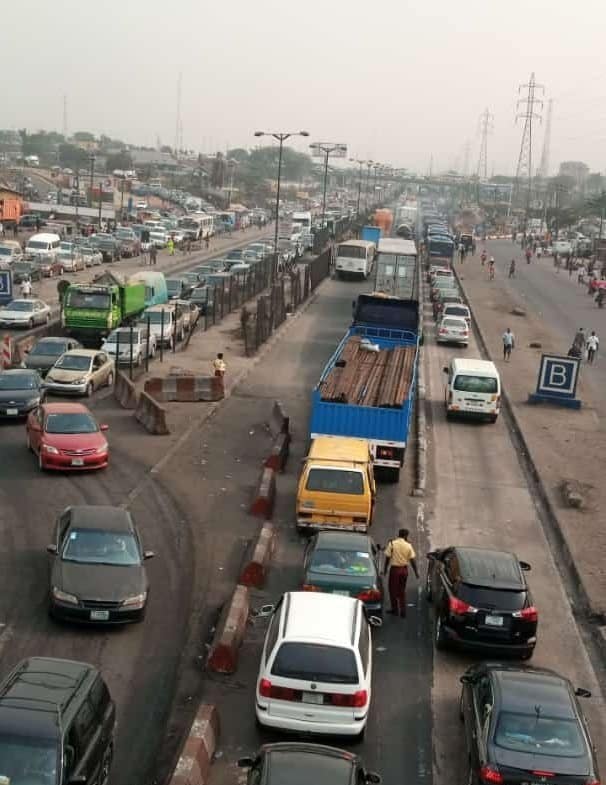 With over 5 million cars and 200,000 commercial vehicles, Lagos records a daily average of 227 vehicles for every kilometer of road (compared with a national Nigerian average of just 11 per kilometer), according to the Lagos State Government.

Lagosians spend an average of 1,560 hours in traffic annually (according to Business Day) – that’s more than twelve times the 128 hours per year suffered by drivers even in notoriously congested Los Angeles (according to INRIX). A ban on motorcycle taxis, Lagos’s main form of public transport, introduced earlier this year has only further churned the city’s unique vehicular maelstrom. 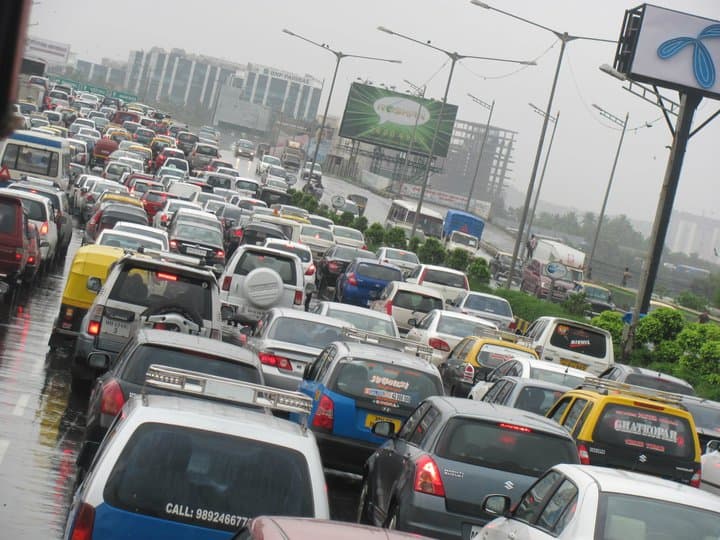 Experienced globetrotters, especially business travelers, will often mention Mumbai’s horrendous traffic. India’s second-most populous city has frequently been cited as the most congested city on the planet, and ranks #4 in TomTom’s 2019 Traffic Index.

While many of India’s burgeoning mega-cities are experiencing similarly epic traffic problems (Bengaluru, Pune and New Delhi also feature in TomTom’s top 10), Mumbai is the most populous of these. Its population has doubled since 1983 to today’s 20 million-plus. Aging infrastructure, some dating back to India’s colonial era, and unfinished development projects create dire traffic bottlenecks and enormous back-ups.

Mumbai’s crumbling roads don’t help. At one point there was a website dedicated to tracking the city’s potholes, which numbered over 27,000 in 2018.

As well as the sheer volume of Mumbai traffic, many first-time visitors are also staggered by its sheer variety. Cars, buses, and trucks share a bizarre asphalt hierarchy with countless bicycles, scooters, rickshaws, and tuk-tuks, as well as throngs of pedestrians. With all these moving (or attempting to move) at different speeds, the resulting chaos is both colorful and confusing to newbies. Cows and goats can add to the barely-contained bedlam, though mercifully elephants were banned from Mumbai’s streets in 2013. 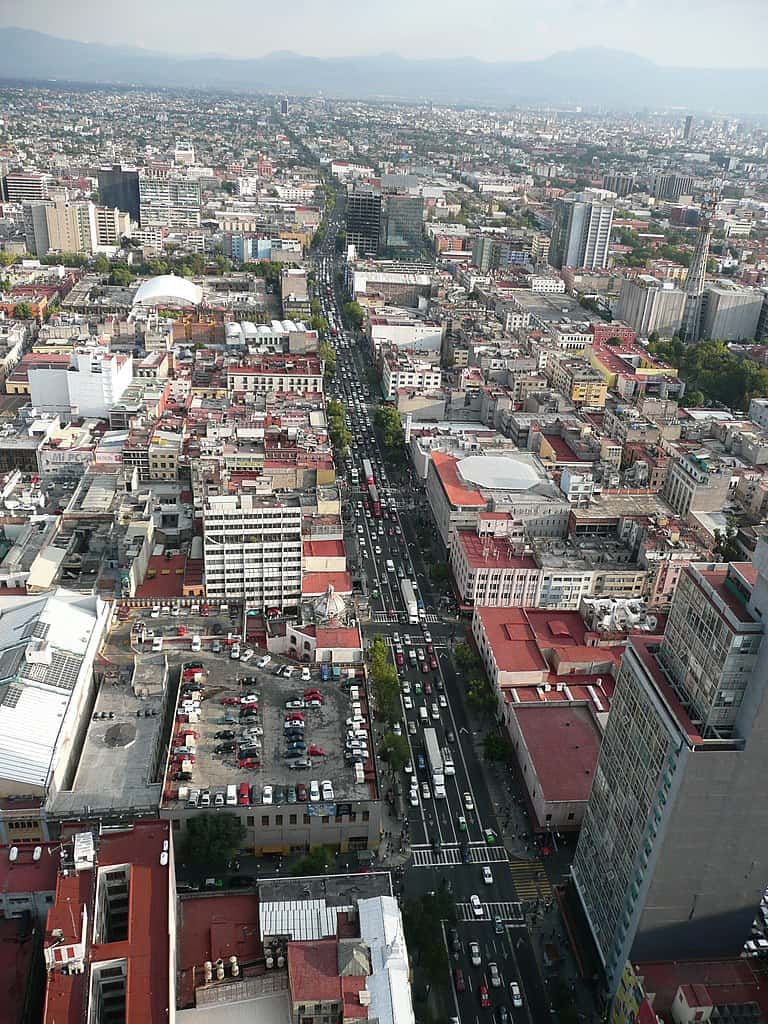 No exam is required to get a driver’s license in Mexico City, which can even be obtained at some grocery stores. It’s the fifth most populous city on Earth, with more than 21-million people (according to World Population Review) and 4.7 million registered vehicles (according to Mexico’s National Institute of Statistics and Geography).

So it’s little surprise that the Mexican capital tops the personal “worst traffic” lists of many seasoned travelers. It’s also ranked as the world’s third most congested city by INRIX, and places 13th on TomTom’s table.

Mexico City’s vehicular mayhem, often exacerbated by drawn-out construction projects, can obliterate even the best-planned itineraries. The resulting “rush hour” is a cruel understatement: it can run from 6-10 a.m. and then 1-10 p.m. on bad days. According to TomTom, the average Mexico City driver loses nearly an hour a day in traffic.

There were 365,167 road accidents in Mexico City in 2018, according to Mexico’s national statistics institute. These killed 4,227 people – a sobering average of nearly 12 per day – and injured an astonishing 89,191.

Mexico City does have an efficient bus system, supplemented by countless micros (half-sized buses that deliver riders to the Metro terminals). But traversing this vast metropolis remains fraught with challenges. With many motorists ignoring traffic police, stop lights, and pedestrian crossings alike, the city’s everyone-for-themselves driving culture is alarming to many visitors. 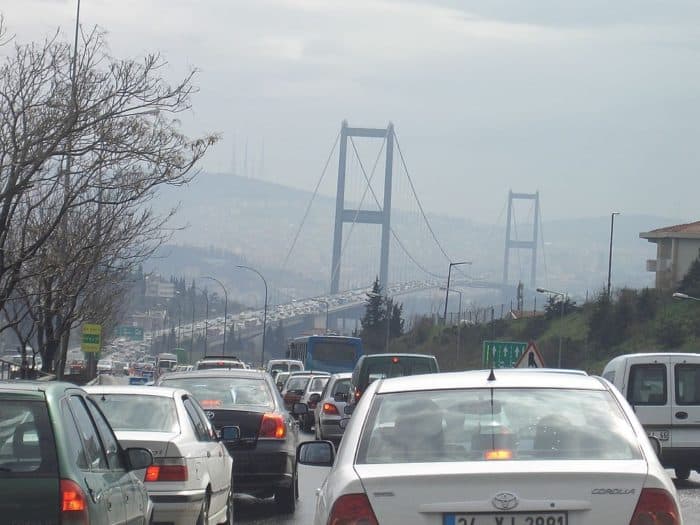 As Turkey’s teeming transcontinental economic hub, Istanbul boasts traffic that befuddles many visitors. An ancient city, yet one of the world’s fastest-growing, it simply wasn’t meant for mass motorized transportation. With a population of over 15 million and counting, Istanbul’s infrastructure is very visibly overwhelmed.

Ranked as Europe’s second-most congested metropolis by TomTom (after Moscow), it can take five hours or more to just escape the city limits on holidays. Workday rush hours and weekends aren’t much better. According to TomTom, an ordinary Istanbulite’s 60 minutes travel time to work becomes 106 minutes during peak hours.

Learning to use Istanbul’s many ferry lines to cross the Bosporus Strait, which divides Europe from Asia, can save time on certain trips. The city also has small subway and light rail systems. But these can’t offset the perils of poorly-planned roadways, badly-timed traffic signals, and inadequate traffic system coordination.

Istanbul loses billions of Turkish liras each year in lost labor and excess fuel consumption due to traffic congestion, which has become a hot topic among its population and politicians alike. Despite investments by Istanbul Metropolitan Municipality, and efforts to introduce smart solutions, both INRIX and TomTom suggest that the city’s traffic morass is only deepening.


The 7 Least Popular Cars Ever
The Best From Dodge in 2020
Extremely Rare and Cool Special Edition Packages and Limited...
Right-Hand-Drive Cars in the USA: What's the Craze All About...
3 Cheap Ways To Drive On A Race Track
Can $5K really buy you a new car? Meet The Made-in-China Ka...