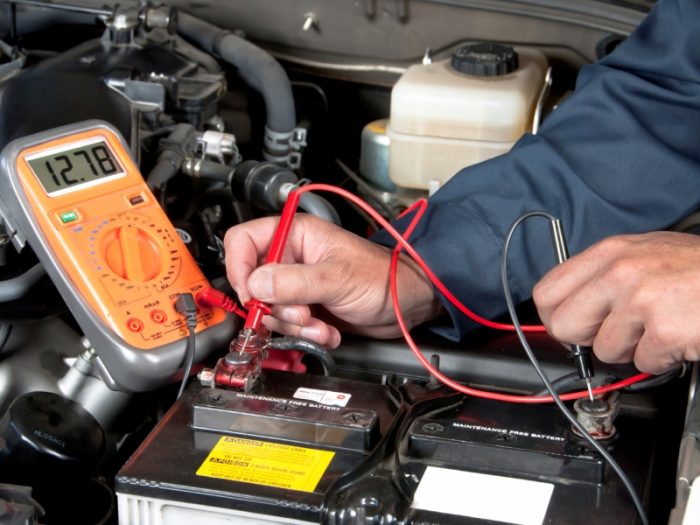 When your car battery is behaving, it’s pretty much a silent partner.  It does its job and doesn’t demand very much attention.  This, of course, is when a battery is behaving.  When they get old they don’t have the oomph they used to have and they often misbehave. When that happens, the best thing to do is to replace them with a new battery before it leaves you stranded.  The question is: when do I replace my car battery?  When should a battery be replaced so it doesn’t let you down? Well, the answer to that question is that it “depends”.  A rough rule of thumb is a car battery lasts “about four maybe five years under normal conditions”.

But what are normal conditions?

“Normal conditions” consist of a number of factors that exist in theory but rarely seem to happen. Normal in this case means the battery goes through full charge cycles, isn’t subjected to extreme temperatures, is attached to a properly functioning charging system, and isn’t providing power for a ton of accessories. As you might imagine, normal just isn’t that common. In the real world, temperature extremes, vehicle vibration, short trips down the street and an ever-increasing array of electronic devices take a toll on a battery’s lifespan.

If you look at a typical lead-acid, maintenance-free car battery, it’s easy to make sense of why these factors affect a normal battery. Inside the plastic box are plates of heavy materials like lead and lead dioxide. The plates are suspended in a mix of water and sulfuric acid, which forms an electrolytic solution. A host of factors can disturb this chemical reaction and weaken the battery structure. Vibrations from rough travel or a poorly-secured battery can shake loose or damage the plates. Extreme heat speeds up the chemical reaction which can shorten battery life. Driving distances can affect the reaction, too. If you have a short commute or take lots of brief trips, the battery never gets fully charged. This constant state of undercharge results in “acid stratification”.
Signs that it may be time

The most obvious sign of a battery that is nearing the end is that when fully charged, it cranks the engine slowly.  However, because the battery is part of a larger system connected to other parts of the car, a slow cranking may indicate a deeper problem than simply no juice. If something else is going wrong in the electrical system — say, a weak alternator — a working battery may be providing less current than it should. A good mechanic can help check this for you. The battery itself provides other clues to whether it’s on its way out. The first is age. If the battery is older than three or four years, start expecting problems. 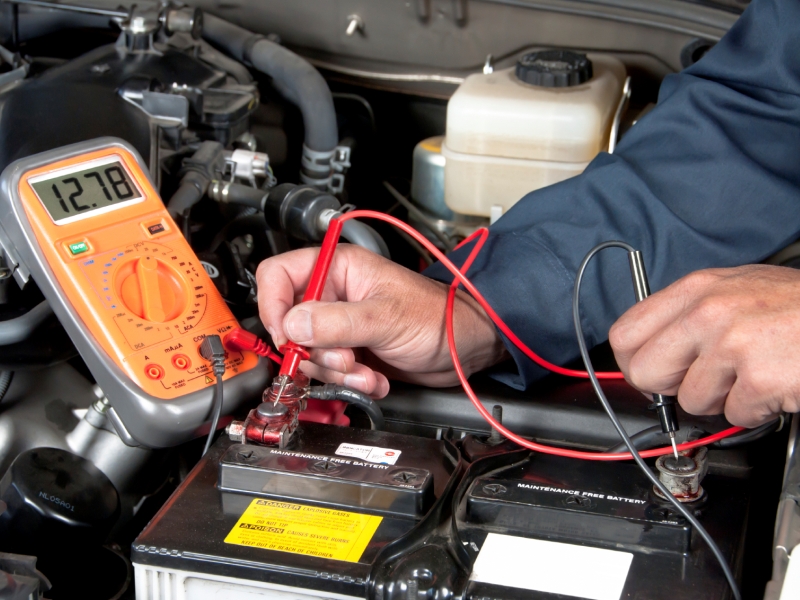 Batteries are so reliable and so simple that drivers have a tendency to forget they’re even there until it’s too late. If you pay attention to your car’s battery and conduct a few observations along the way, you’ll reduce your risk of being stranded on the road. All things considered, batteries are relatively inexpensive, considering the amount of work they perform on a regular basis. When in doubt, it often makes sense to just get a new one.


10 of the Fastest and Most Powerful Buicks of Their Time
The Coolest CAR-B-Q Grills Around for Cooking Out this Holid...
The Best From Chrysler in 2020
6 of the Best 2021 Wagons
The Case For And Against The Touchless Car Wash
Ranking The Best Oil Filter Removal Tool Options Of The Year...