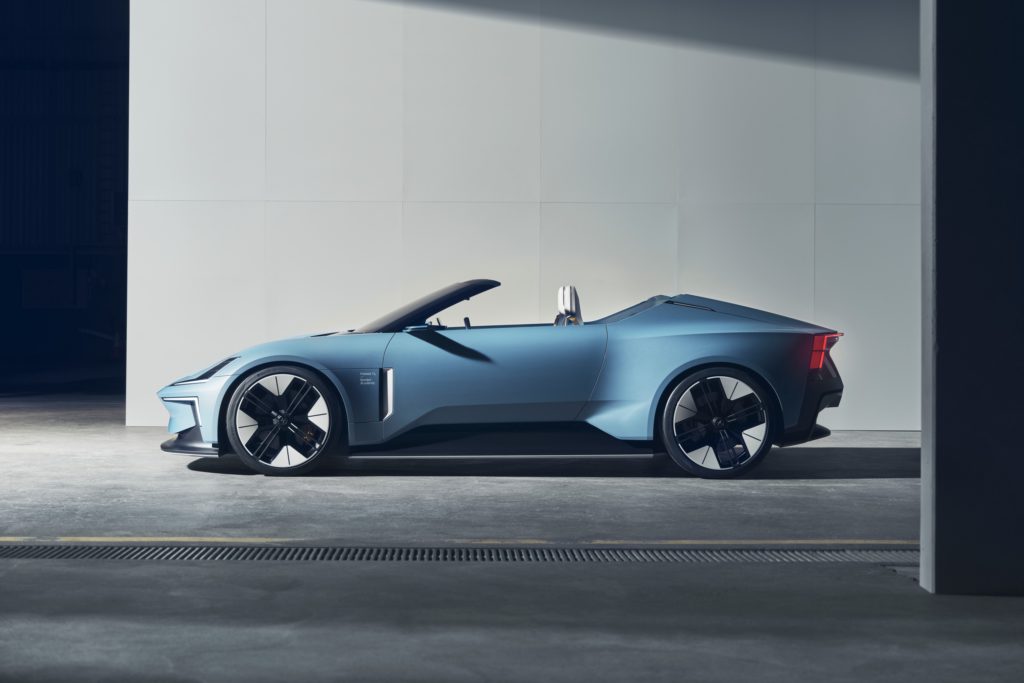 Four seats, an open top, and stunning lines? All just a part of what the Polestar O2 concept has in store, along with an autonomous drone that will follow you around and shoot movies of your most iconic drives.

The Polestar O2 is the second concept from the Swedish performance electric brand. A follow-up to the Polestar Precept concept car that went on to spawn the production Polestar 5 set to hit the market in 2024. 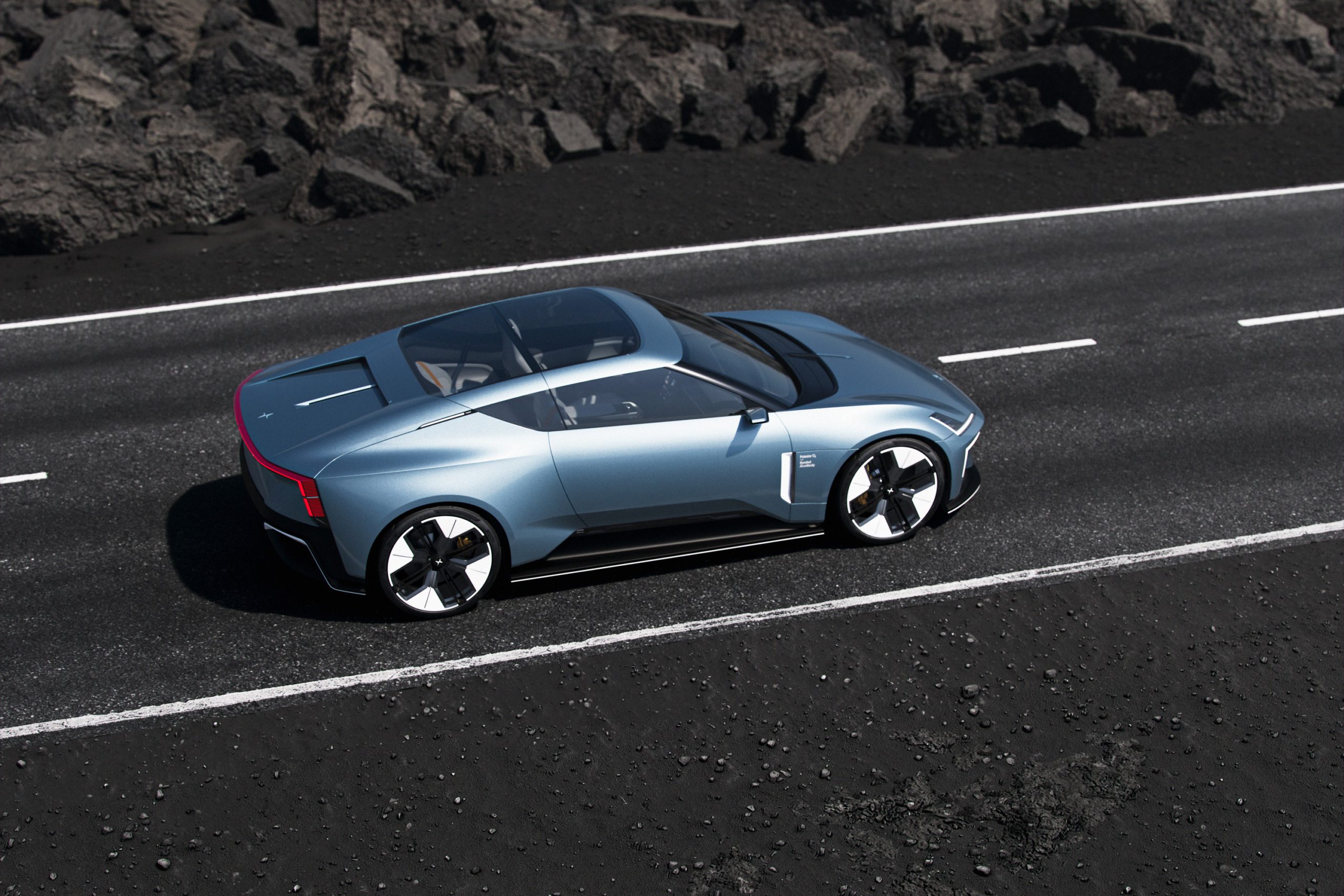 Though just a concept, the Polestar O2 is built on the same bonded aluminum platform as the Polestar 5. A chassis built by Polestar and designed at its UK engineering center that brings construction techniques once reserved for big-buck exotics to segments accessible to more owners.

No new specs were given for the platform, and that includes power and electric range, but the company says the Polestar O2 will be big on driving enjoyment. “Designed to be lively, light and full of confidence,” is the official line, with the new rigid platform an ideal place for Polestar to start to work its chassis magic.

Though the company is an electric automaker today, Polestar earned its bones building high-performance versions of Volvo’s fleet, so it knows plenty about making a vehicle that can handle.

An Electric Roadster Built With Dynamics in Mind 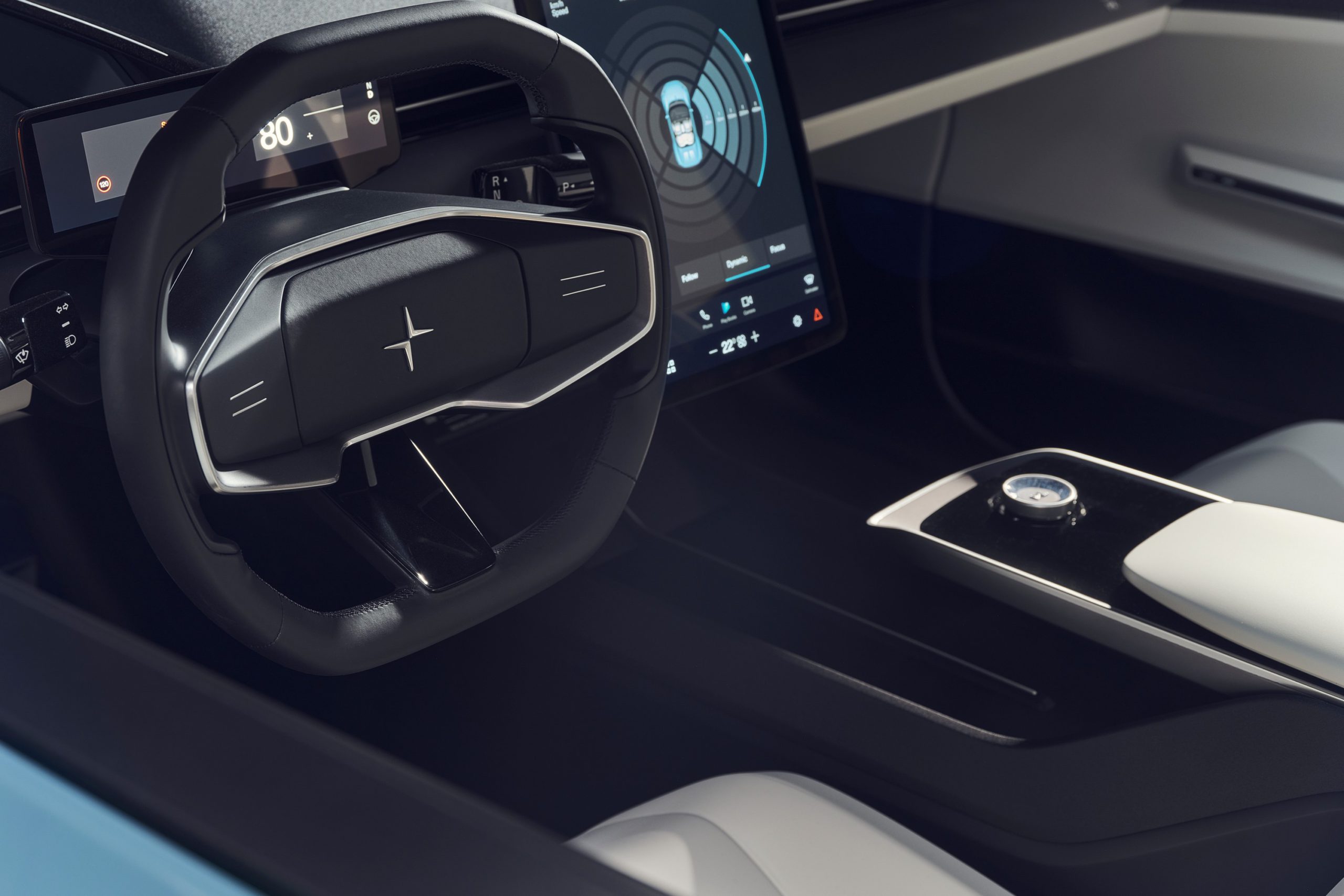 With its new bonded chassis, Polestar has been able to make improvements in on-road efficiency and even make it easier to recycle. Differing alloys will be used in places each works best, some stronger, some lighter. Each different alloy will be labeled, allowing them to be kept together and recycled together at end-of-life.

Polestar’s interior follows a similar path to increase sustainability. A new thermoplastic material has been used for as much of the cabin as possible. Foam, adhesive, 3D knit fibers, and non-woven lamination will all be made from the same recycled polyester. The company calls it “mono-material,” and says again that it makes end-of-life recycling easier while reducing both weight and waste.

Short overhangs, a dashboard that ends nearly on top of the wheels, and wide rear haunches highlight the design, but it’s more complex than that. Deeply sculpted aero features work double-duty to improve airflow around the wheels and body. Even the rear lights work as air blades designed to reduce turbulence in the wake of the Polestar O2.

Onboard Drone Ready For Capture 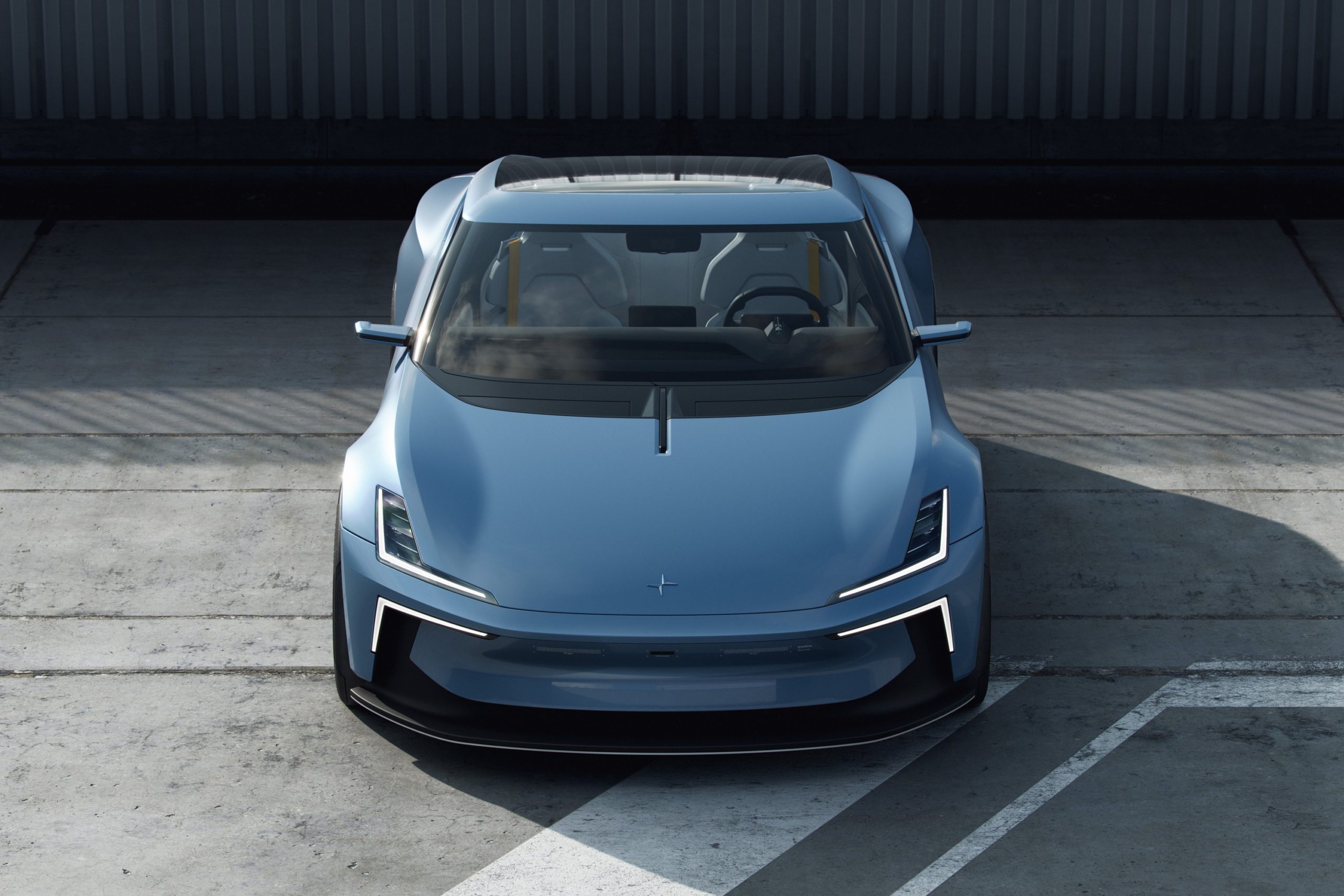 With four seats packed into the compact-looking cabin, the Polestar O2 seems quite full. But wait, there’s more inside. A drone lives behind the rear seat, ready to launch when you want to record. An aerofoil cover raises up to create a negative pressure area to let the drone launch calmly upward even when the car is on the move.

Designed by Hoco Flow, the concept drone is programmed to autonomously follow the Polestar O2 and deliver seriously cool shots as you drive. Cinematic landscapes Polestar says are ideal for a cruise on the coast or action-filled sequences that are more dynamic, with the choice up to the driver.

Once the drone is done filming, it can land back in the Polestar O2. Video footage can be edited on the 15-inch center display in the dash. 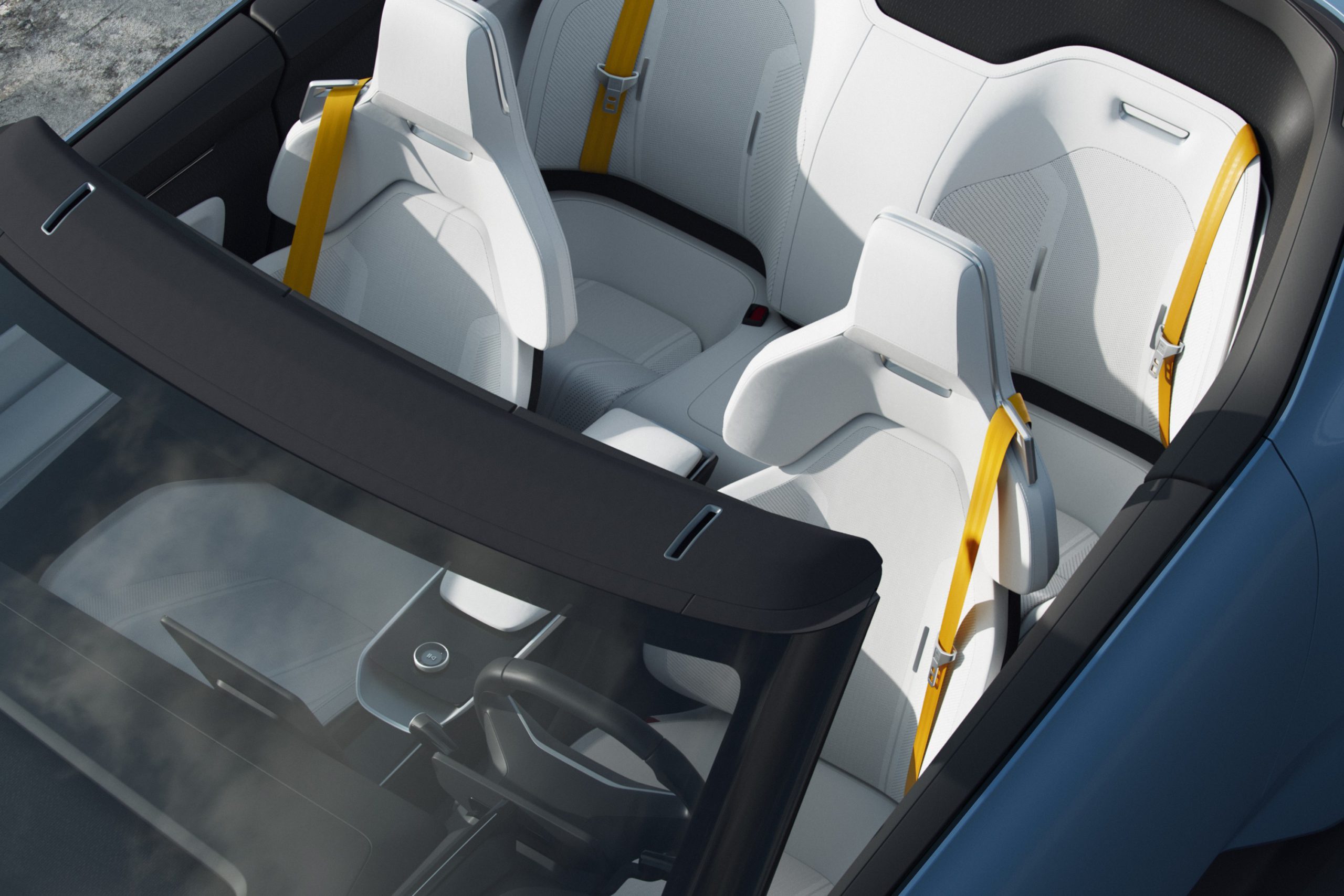 Polestar’s CEO Thomas Ingenlath called the O2 “the hero car for our brand,” adding that “it opens the door to our secret chamber of future potential.”

Head of Design Maximilian Missoni talks about the “joy of open top driving with the purity of electric mobility.” The electric roadster is a segment that’s not served by current offerings.

Lotus Cars have hinted at an EV sports car coming in 2026, and the second coming of the Tesla Roadster (first announced by the company in 2017) has been pushed back several times. Most recently to 2023.

Polestar hasn’t confirmed it will build the O2 concept or turn it into a production car, but we’re hoping it does. Using the Polestar 5’s chassis helps the car’s case, though, as that vehicle will launch in 2024. It’s part of Polestar’s plan to launch one new EV per year starting later this year.