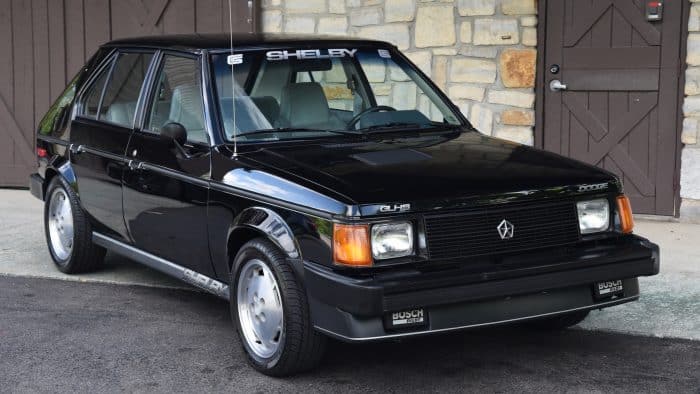 Much of car culture is created through context, arbitrary meaning, and value we give to our vehicles and our identities as enthusiasts. A growing trend I personally find inspiring is the popularization of genre events that emphasize a time period, budget threshold, or particular build goal. These events combine equal parts period reenactment, car geekdom, inclusivity, and inspiring levels of creativity, and result in the masses that own the nice cheap cars on the market to congregate and co-relate in beautiful and cooperative ways. 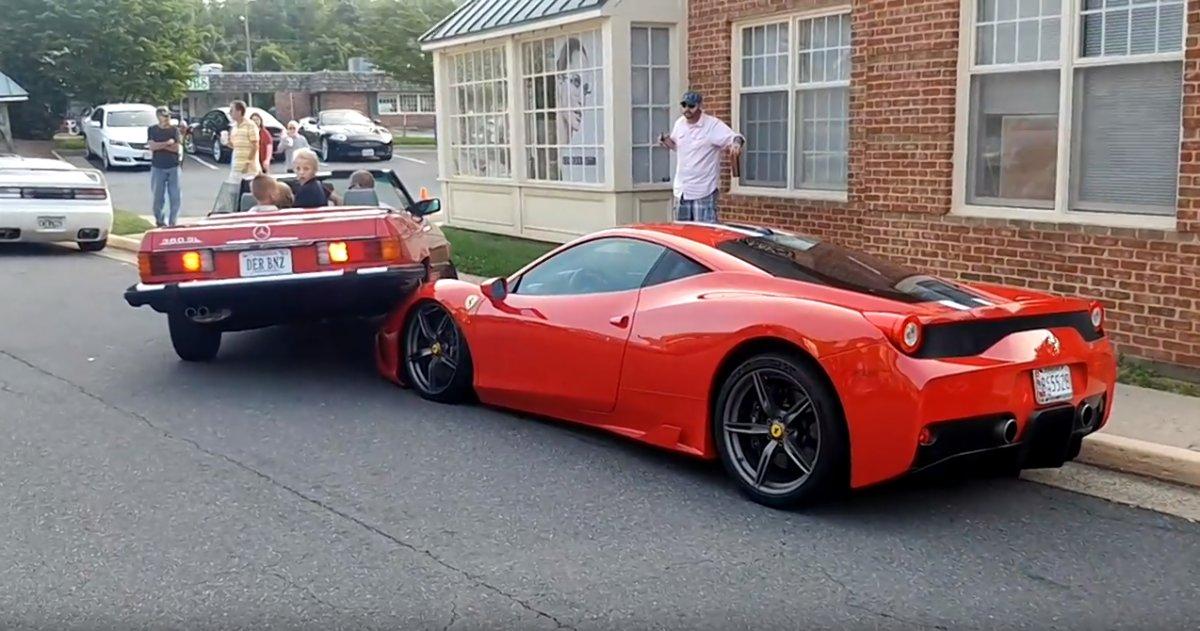 The possibility of dignifying an anonymous daily beater on the level of an automotive icon may seem absurd, but so many of these events promise fame and notoriety to their winners and podium-placers. Emphasizing individual participation in the events creates a form of performance art which inverses the rules for valuation of a collection of vehicles. Here are several examples intended to capture your imagination and encourage you to find others that speak to your personal automotive interests. 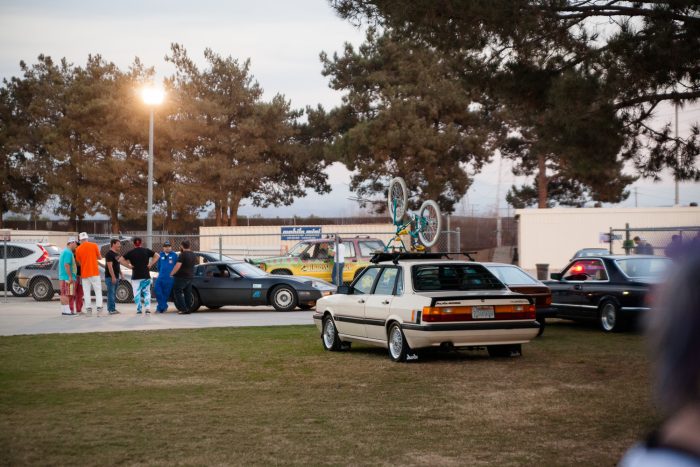 Radwood’s goal is to create an immersive experience recreating the essence of the ’80s and ’90s automotive lifestyle. It’s a meet-up that blends period-correct dress and encourages participants to go deep in finding obscure automotive and pop culture references. It’s also a hotbed for learning about a ton of nice cheap cars you never really knew existed or have always drooled over but never got the chance to do so in person. 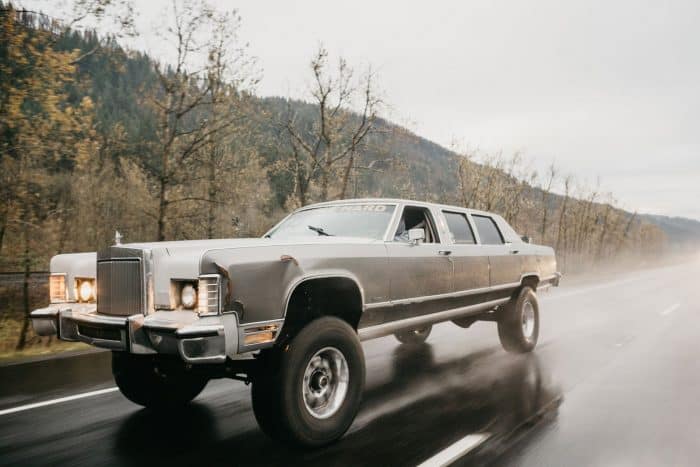 The Gambler500 is an off-road navigational challenge for vehicles purchased under $500.00. A nod to the culture created by the 24 hours of Lemons, the build threads in the Gambler500 forums are a mix of absurdities, humor, and questionable engineering.

The Grassroots Motorsports $2018 Challenge encourages low-buck builders to redefine the concept of building race cars. Teams have $2018 to build a vehicle to compete in autocross, drag racing, and concours events. Each year, budgets increase incrementally by $1. 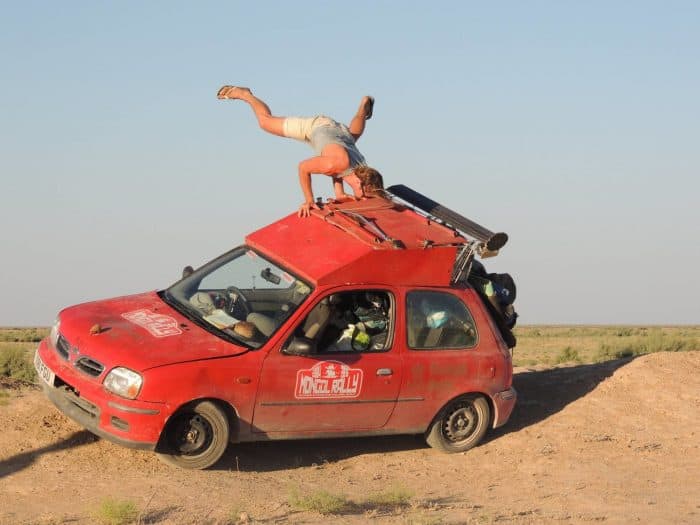 The Mongol Rally is an insane 10,000-ish mile rally beginning in the UK and ending in the Siberian town of Ulan-Ude. Teams are unsupported and encouraged to run cars with an engine of 1 liter or less. To enter, teams must raise £1000 to donate to the event’s partner charity.

Scrolling through the photos may present a shocking challenge to the accepted distinction between how we assign value to vehicles and experiences. In the spirit of these events, we challenged ourselves to curate a fringe collection of what might often be overlooked when considering nice cheap cars under $5000.00. Spoiler alert, the Volvo 240 is on the list – however, the context is different than you would anticipate. Also, the ultimate nice cheap car, the venerable Mercedes 300D was not mentioned because it was assumed that most readers already own at least one. 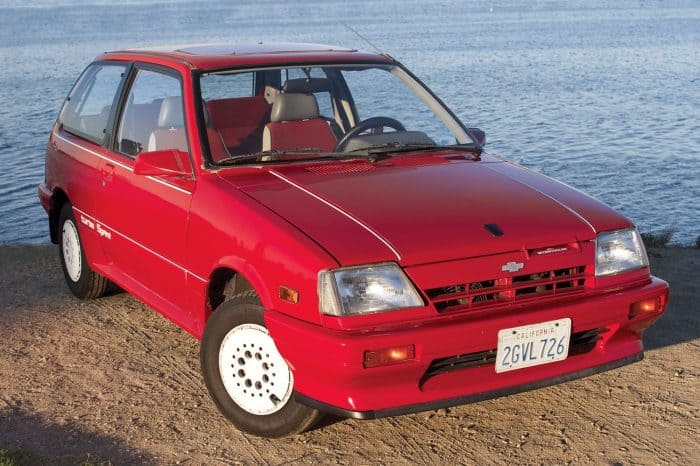 Few vehicles can elicit the visceral feeling of reliving your high school glory days in the Pizza Delivery Grand Prix. The Turbo Sprint was purpose-built for ensuring consistent urban lap times of 30 minutes or less.

The Sprint was GM’s response to the CAFÉ standards of the 1980s. At the time, GM needed a high mileage vehicle and they found their solution through Suzuki in Japan. In 1987, the fuel injected, turbocharged, and intercooled one-liter three-cylinder engine cooked up a reported 70 hp with a top speed of 104 mph and 37/43 mpg city/highway fuel economy all on horrifyingly small 12” wheels.

I would like to believe that in the pantheon of hatchbacks there’s a mint Dodge Omni GLH with an old Timex watch epoxied to the dashboard for keeping backroad lap times. In the 1980s, Carroll Shelby violently stuffed as much performance as possible into a small four-cylinder, front-wheel drive hatchback based on a French commuter car.

The Dodge Omni GLH originally featured a 2.2-liter engine producing 110-horsepower which may not seem like much, but it weighed only 2,200 pounds. In 1985 the GLH received Chrysler’s first turbocharger, which saw the vehicle producing a reported total of 146 horsepower. The car’s initials are legendary in the community and symbolically stand for “Goes Like Hell”. 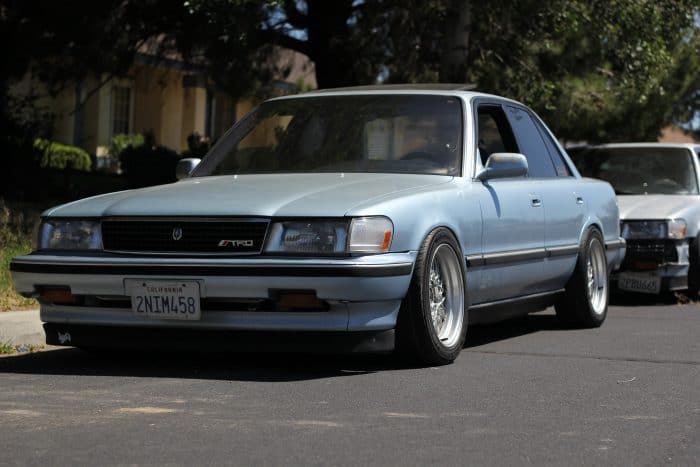 Enthusiasts who are able to look past the aesthetics of the Toyota Cressida are rewarded with a rear wheel drive luxury sleeper that shares many of its components with its more popular sibling, the legendary Supra. Before the launch of the Lexus brand, the top-of-the-line Toyota in the United States was the Cressida.

In the early 90’s the Cressida picked up the 7M-GE 3.0-liter straight-six engine producing 190 horsepower and 185 lb-ft of torque. Well-appointed for its time, the Cressi’ was praised for comfort, a quiet ride, and graceful rear-wheel-drive handling. Today, they’re praised for thrashing burnouts by dealer employees who take them in on trade from new drivers eager to trade grandpa’s ride for something much cooler. Little do they know it’s actually one of the most fun and nice cheap cars on the market for making an absolute fool of yourself in the best ways possible.

The 240 bricks have both aesthetic styling cues taken from an orthopedic shoe box and a legion of fanatics who will keep them on the road until the end of time. The 200 series was a range of cars produced by Volvo from 1974 to 1992 with more than 2.8 million units sold worldwide. Most 240s were equipped with Volvo’s red block B21 2.0-2.3 liter four-cylinder engines.

Although a regular feature on “cheap cars” lists, inexpensive donor 240s are thick on the ground. It’s mentioned here because they seem to have become a go-to for engine conversions that run from budget build options to the flat-out obscene. 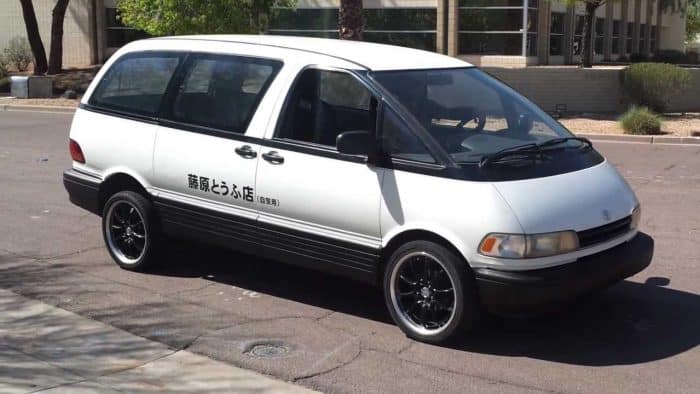 Mid-engine, all-wheel drive and a supercharger is proof the Toyota Previa is a Cybertronian pill bug disguised as an innocuous minivan. As far as I can tell, it’s the only minivan that can appear on a shared feature list between a Lotus and Porsche.

The original Previa came out in 1990 and was available until 1997. The Previa’s chassis design allowed the engine to be positioned horizontal and almost flat near the middle of the wheelbase. Accessories and cooling system components remained accessible under a front hood and were powered by a special second driveshaft. If you’re lucky to find a 5 speed with the huge factory moonroof, the Previa could be built into a sweet cheap camper. 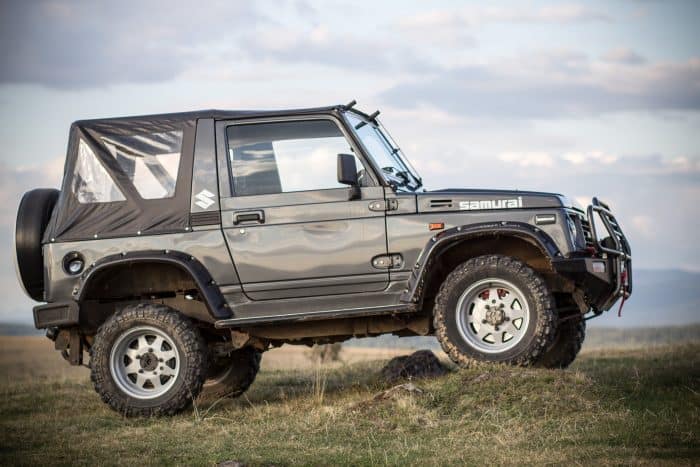 The Sammy’s modest dimensions, rugged design, and infinite configurations offered a unique brand of fun. Originally offered in the States in 1985, the Samurai was a cheap and capable truck positioned to challenge to the Jeep Wrangler. The stock 1.3-liter motor in later models produced 66 horsepower which was perfect for going anywhere as long as you weren’t in a particular rush or taking a turn too fast.

In 1988 a “Consumer Reports” staffer rolled the Samurai in real-world driving. Fitting outriggers to the Samurai, “Consumer Reports” modified its tests to both reproduce and confirm the behavior. After publishing dramatic photos and videos of the results, sales of these nice cheap cars dropped by 70 percent compared to the previous year. The Samurai remained available in the US market until 1995 and later models continue to be produced and sold in other parts of the world. 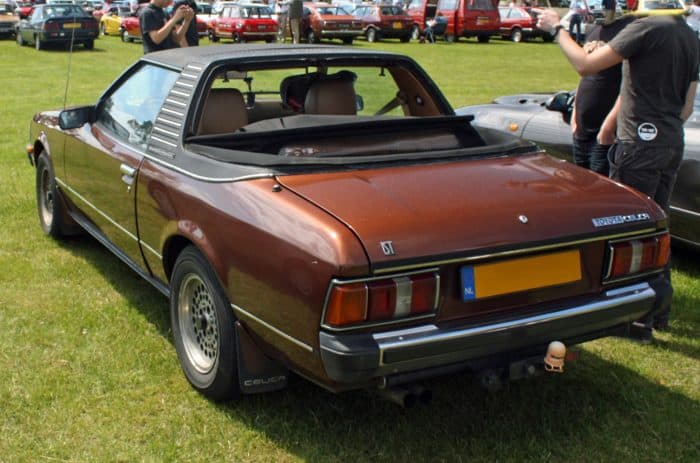 Convertibles are a divisive topic among enthusiasts. I personally think they’re cool and I especially have a weird thing for Targa-style convertibles. The Sunchaser was a 2,000-unit experiment by Toyota produced from 1979 – 1981 across a mix of Celica ST and GT models. This involved cutting the roof behind the windshield to the edge of the B-Pillar, then again immediately behind the B-Pillar to the trunk. The remaining roof became the vehicle’s roll bar.

Power for the models was provided by a 2.2-liter 20R engine. In 1981, the Celica was fitted with the 2.4-liter 22R motor. With low production numbers, this could be a fun car to own and a neat little piece of ‘Yota history. 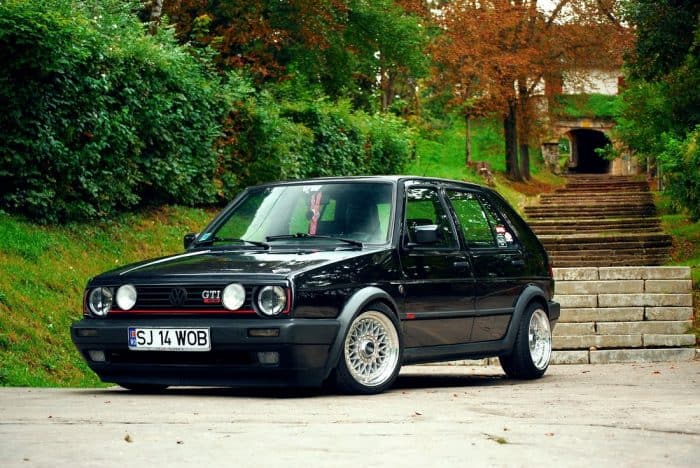 Our trifecta of hot hatches, of course, includes the Volkswagen GTI MKII – the king of nice cheap cars that are both sporty and approachable. In 1978, Volkswagen bought a plant in Westmoreland, Pennsylvania with the intent of bringing the Golf to the United States. At the time, Volkswagen was the first foreign automobile company to build cars in the States since Rolls-Royce manufactured cars in Springfield, Massachusetts ending in the early 1930s.

In 1987, a Golf GTI 16V was introduced in the US with a 1.8-liter engine capable of putting out 123 HP. Still in current production, the Golf is an accessible icon. Among our favorite variants are the European Golf Country and any model year sporting a “Life of Boris” sticker. 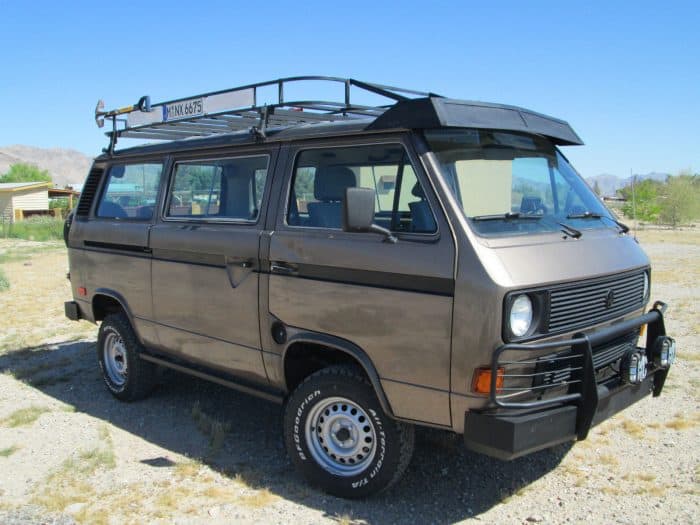 Glossing over the history and model nomenclature because it’s long and confusing, the Type 2 (T3) was manufactured in Germany from 1979 until 1990. The Vanagon was available with both air and water-cooled gas motors as well as diesel options. Models seem to be grouped by year: 1980-1983 featured the air-cooled motors of their Bus predecessors; 1983-1985 introduced the water-cooled “Wasserboxer” motors; and 1986 – 1991 redesigns included rectangular headlights, changes to the trim and body, and a larger displacement motor.

Cheap tin top Vanagons are possible to find with a decent body and catastrophic engine issues. Similar to the Volvo 240 entry, there’s a growing niche industry offering support for engine conversions. From complete kits to well-documented build threads including Subaru and newer Volkswagen motor swaps, finding a donor Vanagon for an engine conversion can be a cool project rig. 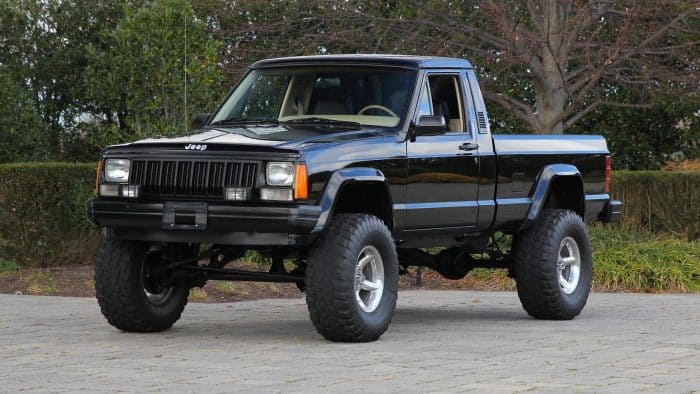 The Jeep Comanche is among the vehicles that are really pushing the $5000.00 limit on this list of nice cheap cars, but it’s recently re-entered the conversation so we felt compelled to include it. Based on the XJ Cherokee model, the MJ Comanche was originally sold between 1985 and 1992. The cab of the Comanche retained the unibody construction of the Cherokee, but behind the cab was a body-on-frame design.

Comanches were available with both two-wheel drive & four-wheel-drive configurations with several engine options including the popular 4-liter straight six. Rumors and speculation of releasing another pickup seem to be a favorite topic among Jeepers at the moment. Perhaps 2019 will finally be the year.

I’m curious to see how this trend continues to evolve and how it changes the ways in which enthusiasts’ curate their collections. If the Volvo 240 and Volkswagen Vanagon examples serve of precedents, I’m eager to see other manufacturers offering more gas, diesel, and electric motor conversion kits.

I realize Toyota and Volkswagen are dominating this list, and they just happen to be personal favorites. I’m looking forward to reading all your suggestions and corrections in the comments below.