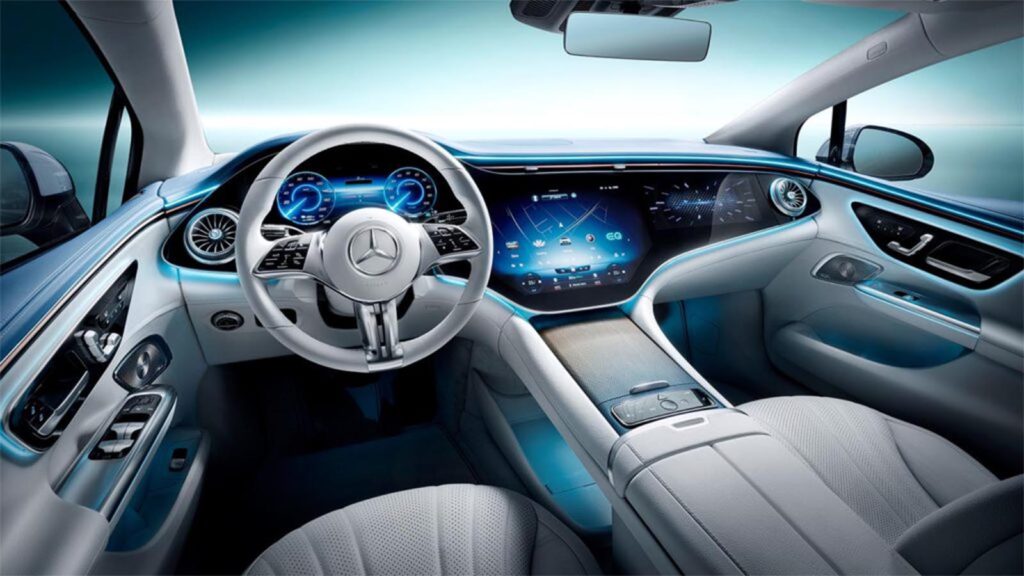 The 2021 J.D. Power TXI Study was just released, with some interesting findings.

Unless you’re driving something dating back to the prior millennium, chances are your car has an array of silicon-based technologies onboard. Anything more recent likely has a touchscreen infotainment system and various digital safety systems, perhaps a voice assistant, and even the ability to park automatically.

If anything, tomorrow’s vehicles will be more like computers on wheels, with many boasting more than 150 microprocessors and the ability to download new features and functions using smartphone-style over-the-air updates.

But while there are plenty of tech fans who love the direction the auto industry is going, a new study by J.D. Power finds many drivers are far less enthused. And it doesn’t help that onboard technologies are responsible for the majority of “problems” owners now report with their vehicles. 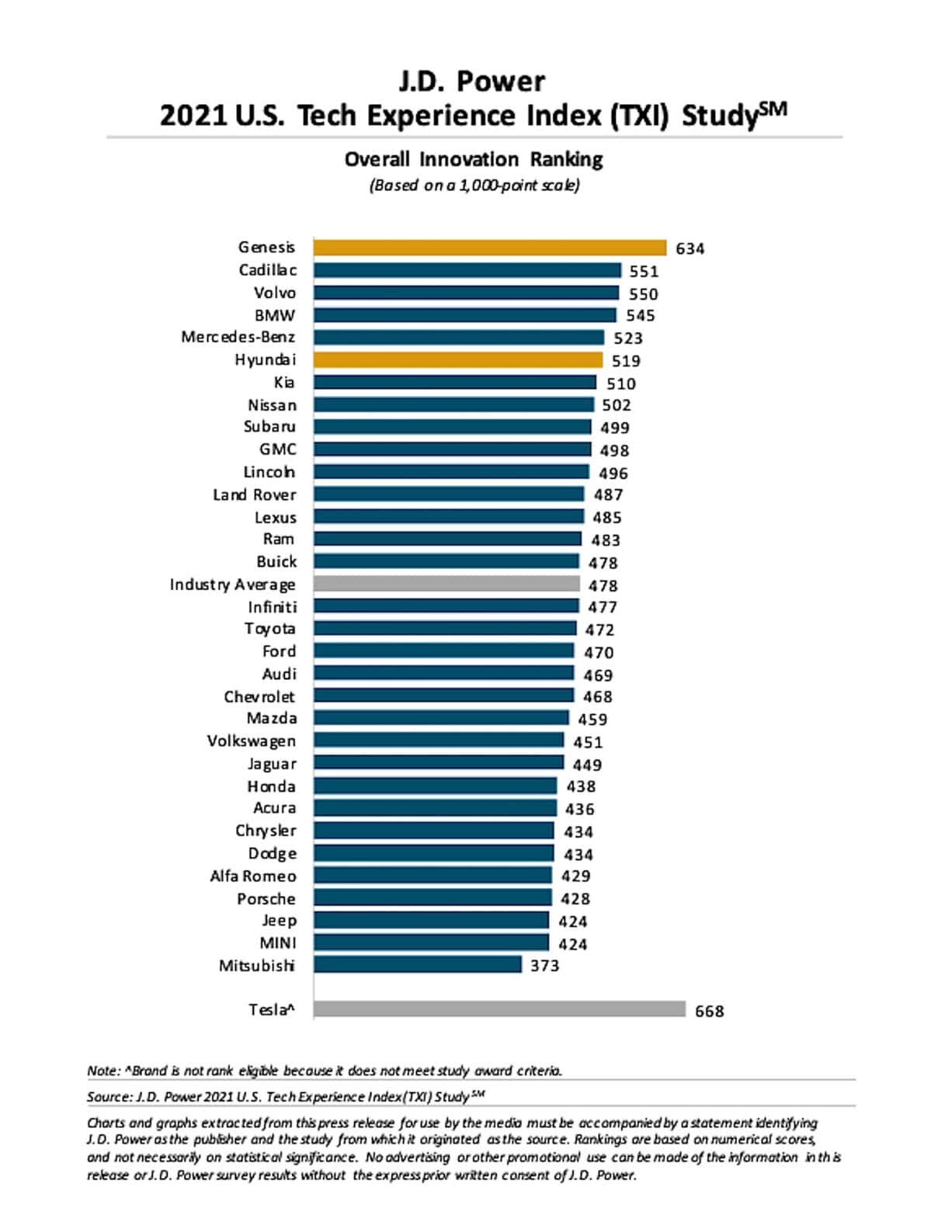 New-vehicle prices are at an all-time high, partly as a result of an increased level of content,” said Kristin Kolodge, executive director of human machine interface at J.D. Power. “This is fine if owners are getting value for their money, but some features seem like a waste to many owners.”

Power’s 2021 Tech Experience Index (TXI) looks at how motorists feel about their increasingly digital vehicles. It reveals some notable disparities in public attitudes, uncovers the most problem-plagued technologies, and highlights those that owners find most satisfying.

Among the findings, even tech-savvy motorists may not know about all the features offered by their vehicles.

Fully 61% of owners have never used onboard apps like GM Marketplace – which can be used for such things as ordering food or booking a hotel – while 51% say they have no need for it.

Some technologies scored poorly because they have a tendency not to work well. Gesture control is a case in point. First introduced by BMW, it lets a driver use hand movements to do things like change radio stations or adjust the volume. But, for those who have had the feature, gesture systems suffer from “poor performance,” according to the TXI. An “extremely high” 41% of those who’ve used the technology said it didn’t always – if ever – work right.

The reality is that onboard technologies can be unpleasantly buggy.

“Consumers want this stuff, but many are having trouble with it,” said Dave Sargent, Power’s head of automotive operations. “It’s not that consumers don’t know how to use it. It’s just not working.”

When Power released its Initial Quality Study in August it found that technology issues made up the majority of “problems” reported by new-vehicle owners.

Balky infotainment systems alone accounted for 25% of the problems reported by the more than 110,000 owners and lessees who participated in the 2021 IQS. Voice control systems and technology like Bluetooth, Apple CarPlay, and Android Auto were also high on the list. But the industry suffered from problems just about everywhere electronics are used, from smart safety systems to electrically operated seats.

Despite their problems, some tech features have become absolutely indispensable to motorists. The 2021 TXI found that rear-view camera mirrors and ground-view cameras are two of the features most drivers want on their next vehicles.

And for those who’ve owned or driven battery-electric vehicles, the must-have feature is One-Pedal Driving. The technology allows a motorist to ease back on the accelerator alone to slow or even stop, rather than having to jump back and forth from throttle to brake. Only 8% of the motorists surveyed for the TXI reported having problems with One-Pedal Driving.

“The TXI research quantifies the benefits when there is alignment between what owners truly want and what the automakers produce,” said Kolodge.

How well individual tech features perform can vary from one manufacturer to another.

Lexus has been faulted frequently for the awkward touchpad controls used for its infotainment system. The automaker hopes to win over customers with the new voice assistant-style technology debuting in the 2022 NX crossover.

Cadillac dropped the virtual slider used for its CUE infotainment system, returning to a traditional knob.

Indeed, the debate over knobs, touchpads, and switches versus virtual controls is one of the hottest topics in the industry.

Among luxury brands, Genesis, ranked tops in the TXI, followed by Cadillac, Volvo, and Mercedes-Benz. Tesla would have led the study but the EV maker does not let Power access owners in 15 states, so its data is incomplete.

Porsche was the lowest-ranked luxury brand, just ahead of Alfa Romeo, Acura, and Jaguar. Mitsubishi had the overall lowest score of any brand, with Mini and Jeep faring only slightly better in owners’ eyes.

In terms of individual models, Power ranked the luxury Cadillac Escalade and mainstream Ram 1500 tops in terms of “convenience.” The Lexus IS and Hyundai Elantra led in terms of delivering “emerging automation.” The Lexus IS was also highlighted in the “infotainment and connectivity” category, while the Kia K5 was tops among mainstream models.


The Best Of 2021 Subaru
The Bigger and Faster 2021 BMW M440i xDrive Coupe
12 Professional Athletes That Drive Beater Cars
22 of the Fastest Cars in the World Right Now
Best of 2019 GMC
10 Best Cars with a Panoramic Sunroof (And 5 Reasons to Avoi...