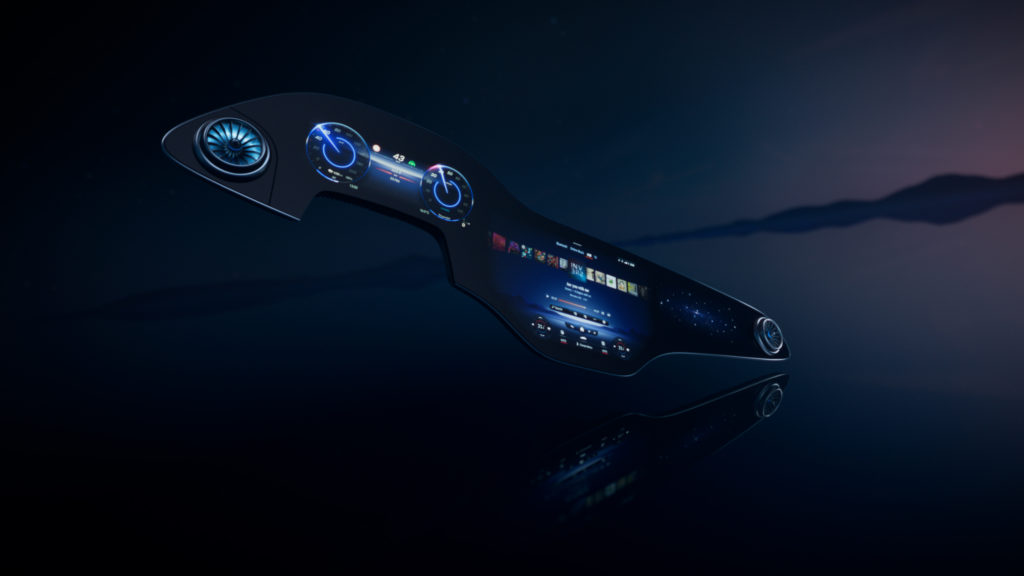 When the flagship S-Class Mercedes EQS goes on sale later this year, the 470 hp, electric all-wheel-drive, luxury sedan will be a class leader in many ways. None more impressive than the newest generation of the Mercedes-Benz User Experience (MBUX) Hyperscreen dash that spans the entire width of the cabin, A-pillar to A-pillar.

The MBUX was introduced 3-years ago and set the stage for the next generation of infotainment and vehicle controls systems. This latest version is one massive 56-inch-wide molded-and-curved glass dash. It is actually a one-piece touchscreen that uses icons to eliminate nearly every physical control in the cabin. The only “mechanical” aspects of the futuristic-looking Hyperscreen are the two analog air vents embedded into the glass at each end.

Think of the MBUX Hyperscreen as a giant smartphone curved into the shape of the EQS’s dash – and one that is so smart that it learns what you do and what you like as you drive. It’s sleek. It’s intuitive. It’s intelligent. 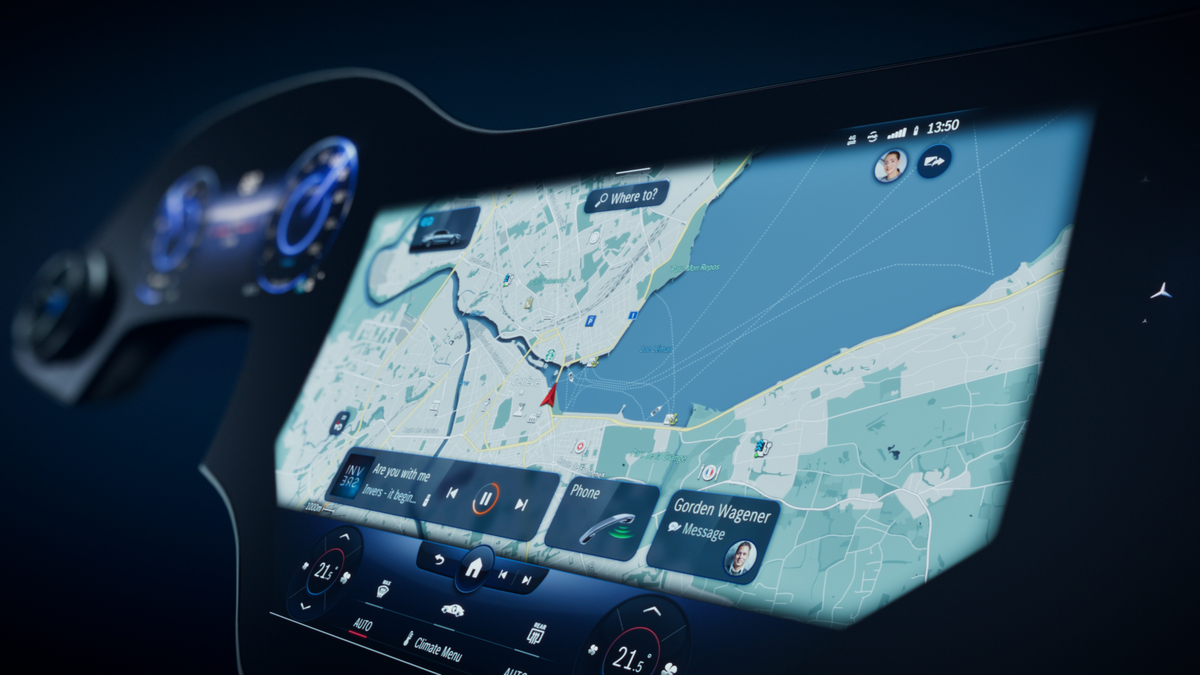 This MBUX Hyperscreen, the largest touchscreen ever fitted to a Mercedes production car, consists of three digital displays set in a vast single-piece glass dashboard design. OLED technology is used for the central and front passenger displays, providing an especially brilliant image.

Mercedes says this technology features individual image pixels that are self-luminous; image pixels, when they are not used it remains switched off, which means that they appear deep black. The active OLED pixels radiate with a high color brilliance, resulting in high contrast values, regardless of the angle of view and light conditions. 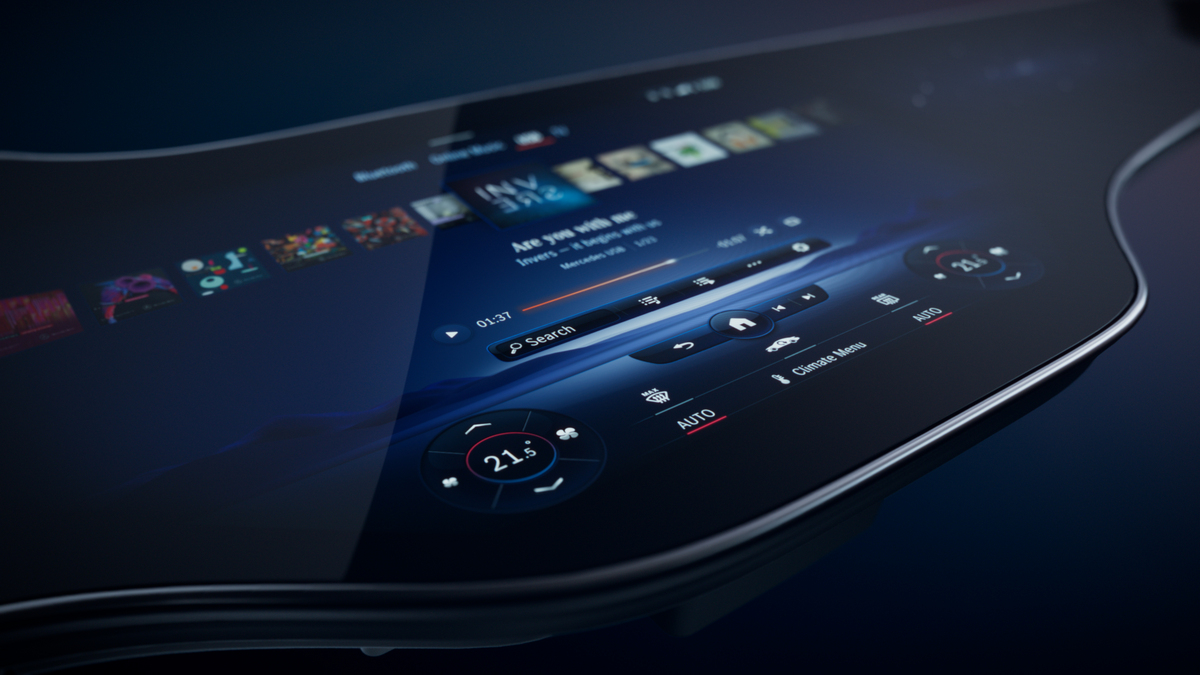 Like the newest smartphones, the MBUX Hyperscreen has been specifically designed to minimize the amount of scrolling required to let the driver access key features. In fact, there are zero layers to scroll through or need to use voice commands to access the most important applications. All the most-used controls are right at your fingertips.

Furthermore, artificial intelligence (AI) and learn-capable software built-into the futuristic dash enable the control and display concept to adapt to the driver and make personalized suggestions for a variety of functions from infotainment, to comfort and even vehicle functions. 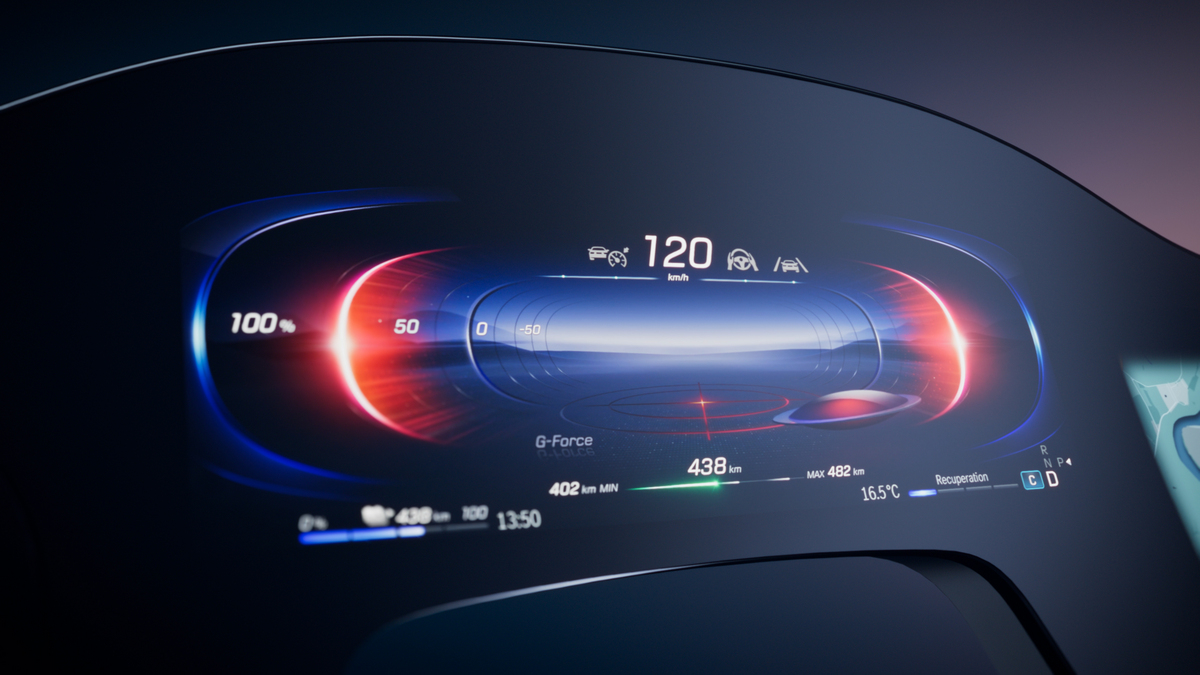 “The MBUX Hyperscreen is both the brain and nervous system of the car,” says Sajjad Khan, Member of the Board of Management of Mercedes-Benz AG and CTO. “The MBUX Hyperscreen continually gets to know the customer better and delivers a tailored, personalized infotainment and operating offerings without the occupant needing to click or scroll anywhere.”

For example, the AI system “learns” when you use the “Raise Vehicle” feature to clear a speed bump, enter a parking garage with a steep ramp, or other obstacles that requires more ground clearance. That information is paired with the EQS GPS system so the next time you arrive at the same location, the AI will ask you if you want the suspension raised.

If you make a phone call at a certain time each day as you drive, the system remembers and asks if you want it to make the call, or that you like the steering wheel and seat heater turned on when outside and inside temperatures are below a certain level.

The front-seat passenger also has a personalized touch screen built into the massive glass dash. It’s activated when the system senses a person in the seat. The passenger display allows for individualized content with up to seven profiles. However, the entertainment functions of the passenger’s display are only available during the journey within the framework of the country-specific legal regulations.

If the passenger seat is not occupied the screen becomes a digital decorative part. In this case, animated stars i.e. the Mercedes-Benz pattern, are displayed. 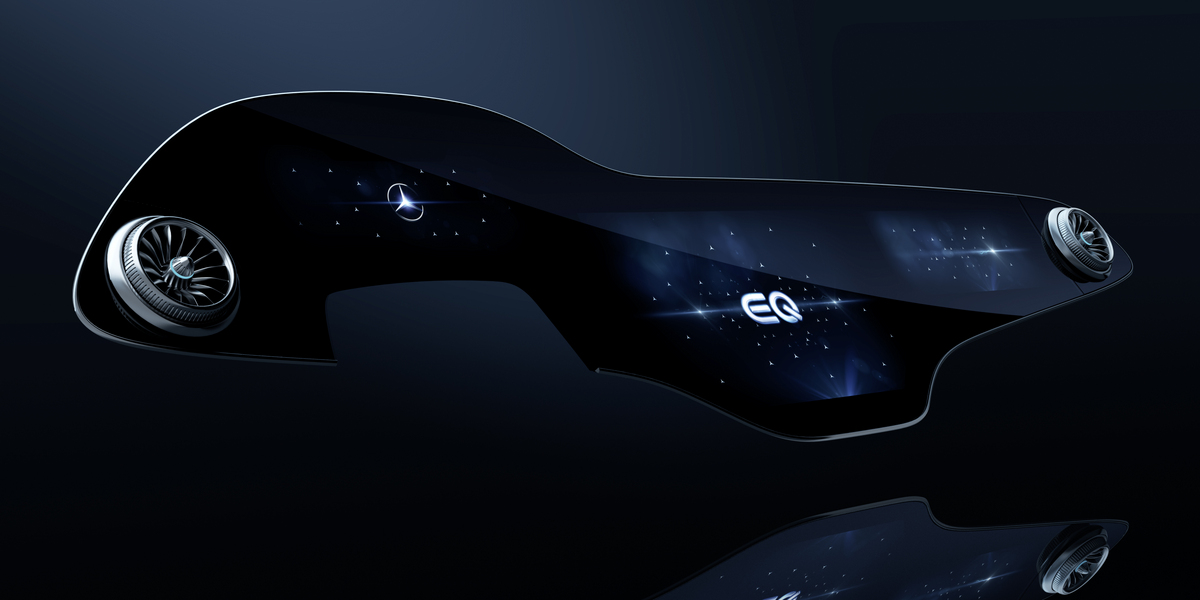 The ultra-high-tech dash is breathtaking. But what does it cost to replace it in the event of an accident? When you drop a smartphone and the screen is smashed, it usually means a trip to the store to buy a new one. Mercedes says the new dash has three predetermined breaking points in the event of a crash.

But there is no mention about is what it would cost to have the flagship S-Class‘ massive molded-glass Hyperscreen replaced should the EQS meet such a fate. I can imagine that any accident that ends up with this smartdash busted up could result in the insurance company “totaling” the vehicle.

One also has to wonder what happens to the dash glass when it does break apart? Mercedes says the glass has two coatings of protective aluminum silicate for scratch resistance and, supposedly, added strength.  But one still wonders what happens to that 56-inch-wide big screen when it takes a heavy hit? It’d be interesting to see an interior M-B EQS crash test video!


The Best and Worst McLaren Cars in 2020
Toyota Beefs Up Battery-Car Plans, But Still Lags Behind Key...
Kia Trail’ster Concept Is All The Soul You Ever Wanted
Top Things You Should Know About the LS3 Engine
The Chevy 2020 Camaro SS - Technology Equals Speed
2021 Ford F-150 Raptor Fights For Off-Road Supremacy