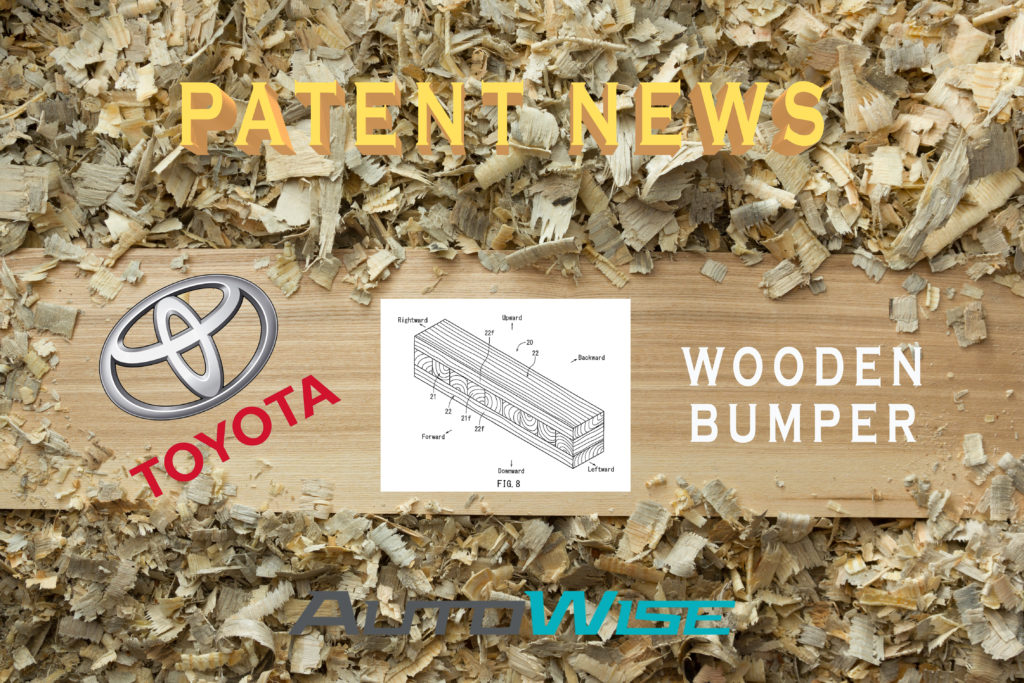 Recently, a few publications have reported on a new extendable bumper by Apple though this concept is not actually new. As Apple unveils a pretty complex system that will no doubt cost an arm and a leg, as with any Apple product, Toyota, being Toyota, also has an idea for a bumper, a far simpler and less expensive one.

U.S. publication 20210107417 details a Vehicular Shock-Absorbing Member by Toyota. The publication is dated April 15, 2021, and the filing date is December 5, 2017. This Toyota wood bumper patent has not yet been granted, but the design is the polar opposite of Apple’s concept. I’d expect nothing less from Toyota — that’s why I love their cars.

I currently scoot around in a 1995 FZJ80, albeit very slowly. I have a very large, heavy steel bumper which is great if I ever need to plow through some Colorado backcountry brush. It’s attached to some shock-absorbing frame members, a standard design for modern cars for acceptable crash safety ratings. Hell, even my Datsun 280z has this bumper design. But would I ever consider a wood bumper? Before reading this patent, I’d have emphatically said no. After reading this though, I’m on the fence. It’s certainly a strange idea.

A New Application For an Old Material

Using wood in cars is not a new idea. To this day, Morgan still uses ash wood for their frames. Though it might seem odd to many, Morgan has stayed true to their craftsmanship and feel as though wood is an ideal material for their design criteria. Now, Toyota may be using this natural material for their cars.

I’d like to note that this patent application is 100% real. Toyota is introducing a new bumper system made completely out of wood. The design features three layers, with two outer layers of single pieces of wood, which sandwich multiple smaller pieces of wood in the middle. When a car crashes into an obstacle, the wood will deform, then collapse. In an example in this document, the deformation will occur in stages. 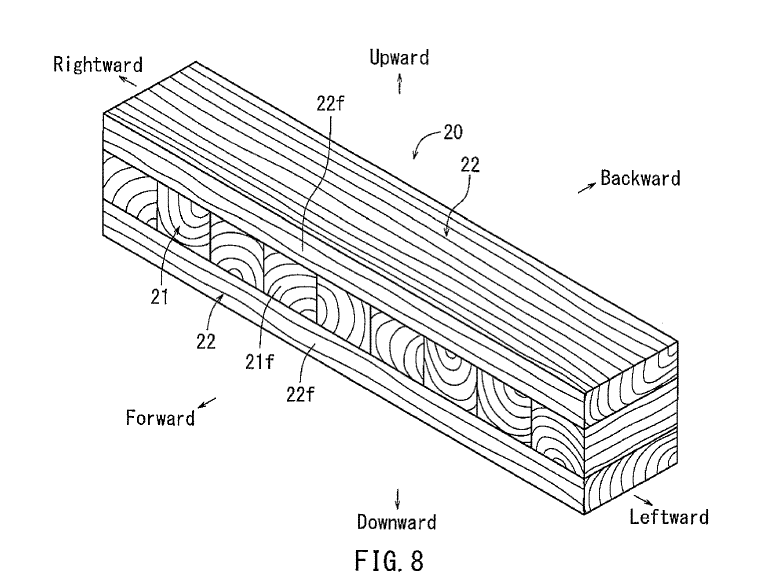 It appears as though Toyota’s explicit intended novelty is that the front surfaces of the three wood sections are flush with each other, as shown in FIG. 8. It also appears as though the annular rings (explained later) can be adjusted from either a perpendicular or a coplanar orientation to the load forces. In other words, the annular rings of the wood can either be pointed toward the front/back of the car or up/down.

The Why: What’s Toyota’s Reason?

The “why” is typically the most difficult part to figure out on any patent. A patent application only needs to answer two questions: What are you doing and how are you doing it? No one is required to tell the patent office why they’re doing anything.

In this case, Toyota does not state why they’re developing wooden bumpers. If I had to guess, they could possibly use this design for vehicles sold in developing nations where prospective buyers have less money to spend on cars and countries have little-to-no crash test requirements. It may also be advantageous for people who live in remote areas who might need to fix the bumper itself. Wood is far easier to come by than steel.

Like Coca-Cola, it’s also possible this wood bumper can be produced more efficiently in remote locations from independent shops. For example, let’s say Toyota sends a new car to a remote location. If a driver crashes into a pole and needs a new bumper, rather than build and ship a steel bumper from Japan, Toyota could send plans to a remote service center to build a new wood bumper on-site. All they would need is wood, a saw, glue, hardware, and some dimensions.

This is my tin-foil hat hypothesis and could be way off from Toyota’s intentions, but it makes sense to me. All-in-all, Toyota says they want to “…reduce a collision load applied to a vehicle…” So that’s all I’ve got for you on their possible reason why. 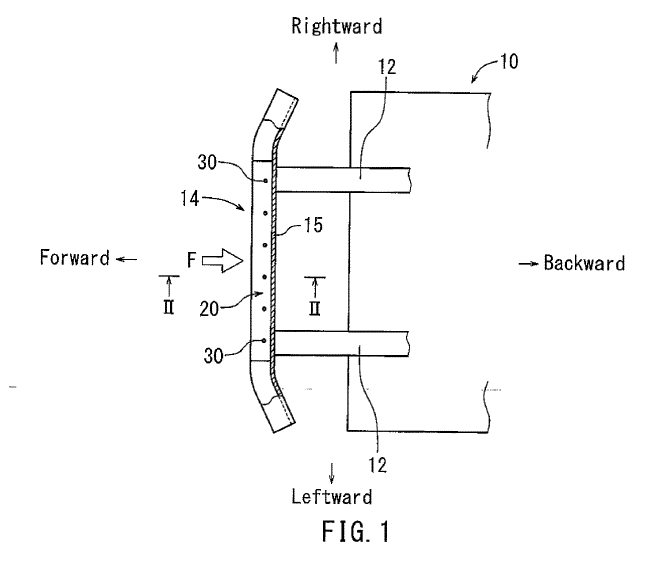 FIG. 1 shows an overhead view of a car. The car is component 10, and components 12 are the frame members that the bumper is bolted to. I’m unsure if these frame members are shock-absorbing, but in this case, it doesn’t really matter as the frame members could be solid or not without changing the concept. 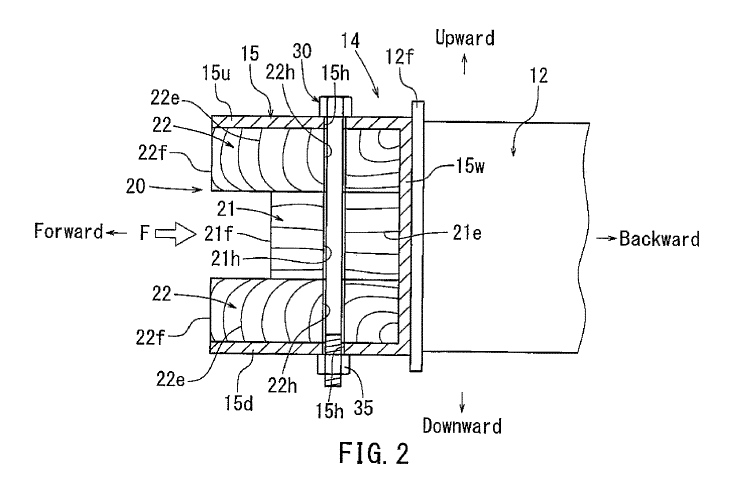 FIG. 2 shows a close-up side-view cross-section of the same bumper. It’s pretty easy to see what components are wood. In this view, we can see the bumper has upper and lower wood pieces (22), which sandwich a central wood piece (21) using a bunch of big bolts. These are then encased by a “bumper reinforcement member” (15). Toyota doesn’t state what this particular member is made of, but it sounds like it’s simply used to hold the bumper in place, nothing more. 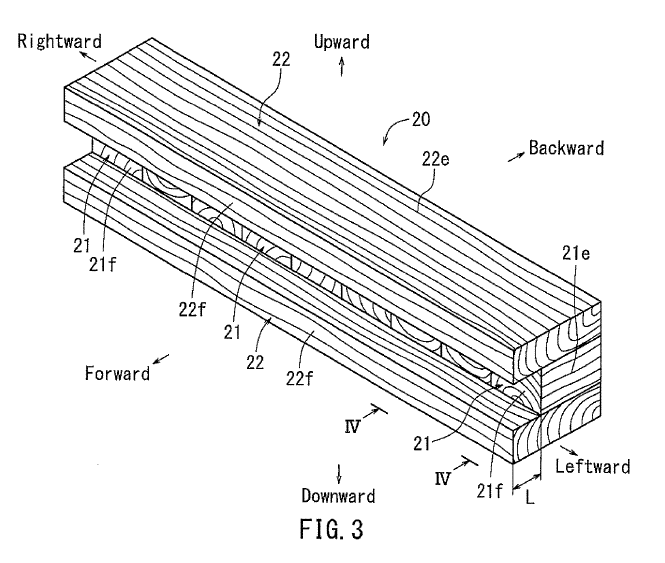 FIG. 3 shows an isometric view of a section of the core of the bumper. Notice how the center wood pieces (21) aren’t a single piece like the outer pieces; they’re multiple smaller pieces of wood. Also, note the direction of the annular rings (21e). In this case, the rings are perpendicular to the direction of the load. 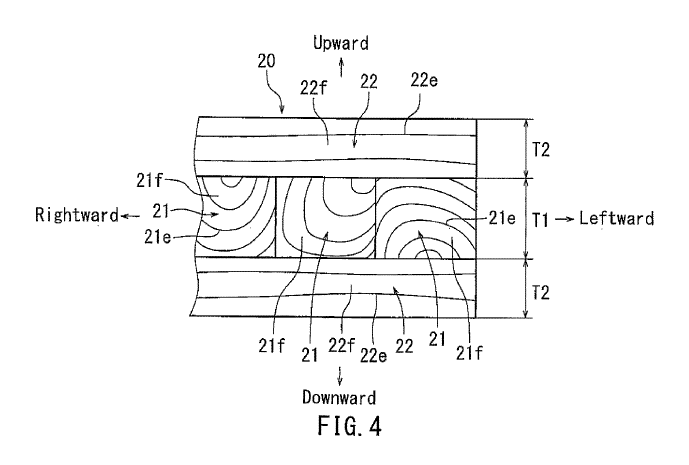 FIG. 4 shows a front view of the same section in FIG. 3. Here’s a very interesting part that goes into deeper detail about this design. Wood contains annular rings, which are the (roughly) yearly growth rings we all learned about as kids. These rings are a product of annual weather patterns, where the tree will grow more slowly or rapidly depending on things like temperature or drought. In this design, the annular rings are positioned very purposefully, where the rings are directed perpendicular to the load path (up and down) or along the load path (front to back) to adjust the load absorption properties. As Toyota puts it: 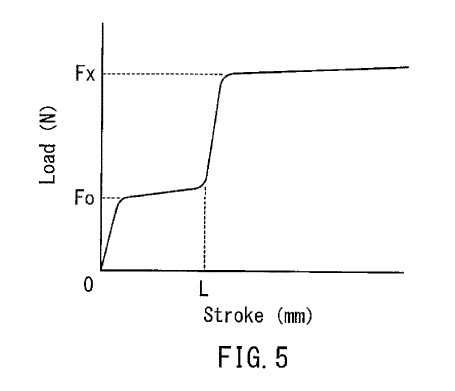 FIG 5. shows some high-level data on the strength of this design. This is the part I like. The X-axis (left-right) shows the amount of deformation of the bumper in millimeters. The Y-axis (up-down) shows the magnitude of the load applied to the bumper. I’m unsure how the forces are applied, so it’s hard to tell how the load is distributed. Toyota mentions a power pole, but they also mention an alternative “object,” so it could be anything as far as I can tell.

When the bumper hits something, the upper and lower pieces of wood will absorb the impact first. This is shown by dimension L in FIG. 3 and 5.  If the load is high enough to deform the upper and lower pieces, the central pieces will then absorb the impact. This is shown by critical load Fx. Then, when the load F exceeds critical load Fx, the system will collapse. In short, this system can absorb impacts in steps, before breaking.

Toyota states other tuning characteristics of this system. The thickness of the upper and lower wood pieces can be varied to absorb more or less load. 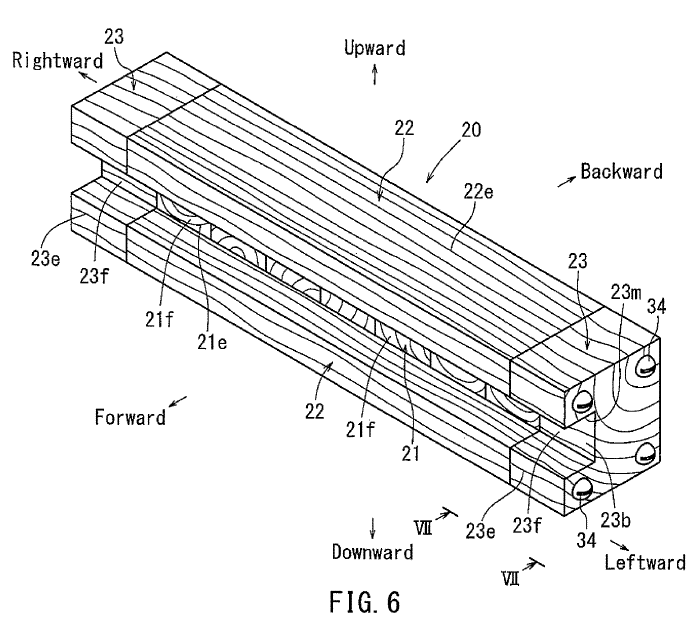 Toyota also shows another variation of the same idea. FIG. 6 shows the same system with end-pieces that will apply a lateral sandwich force to the load absorbing wood pieces. Toyota says this will keep the system in place in the event of a side-to-side movement.

Lastly, FIGs. 10 and 11 show an example scenario and result of the design from FIG. 8. FIG. 10 shows the wood bumper and a light pole H. FIG. 11 shows an expected result of hitting a light pole.

Conclusion: A Cool Idea Though Not Progressive

I can’t tell if this is technological progression or regression. Why go away from metal and well-engineered bumper designs? Maybe Toyota’s figured out that wood is a better value or that wood offers properties they can’t replicate with the current materials or designs. Either way, it’s a great concept, and the fact that they’ve developed tuning characteristics shows a pretty deep level of design detail.

Overall, this is a cool idea, and I love this. I’m from a pretty rural part of Georgia, and I’ve seen my fair share of impressive redneck engineering using wood — from bumpers to truck toppers. With this patent, it seems as though the folks at Toyota are also showcasing their technological mastery of wood in a unique application that could have a real-world use case.